Cloaked in the snows of California’s Sierra Nevada, the 3,200-year-old giant sequoia called the President rises 247 feet. Two other sequoias have wider trunks, but none has a larger crown, say the scientists who climbed it. The figure at top seems taller than the other climbers because he’s standing forward on one of the great limbs.  (Michael Nichols/National Geographic)

Those numbers represent this giant sequoia. Oh, also: The tree is more than three millennia old, and contains about “54,000 cubic feet of wood and bark,” according to National Geographic magazine.  A few years ago, photographer Michael Nichols photographed a 300-foot giant in California’s Prairie Creek Redwoods State Park. The magazine’s December issue has a follow-up: a huge tear-out of the “President,” a snowy monolith in the Sierra Nevadas.  “It’s not quite the largest tree on Earth,” the magazine article reads. “It’s the second largest.”

[I did not take the photo above, but I did take the one below.  We are continuing on with Part 2 (not Day 2, for I know not how long this trip was), still visiting the Sequoias.] 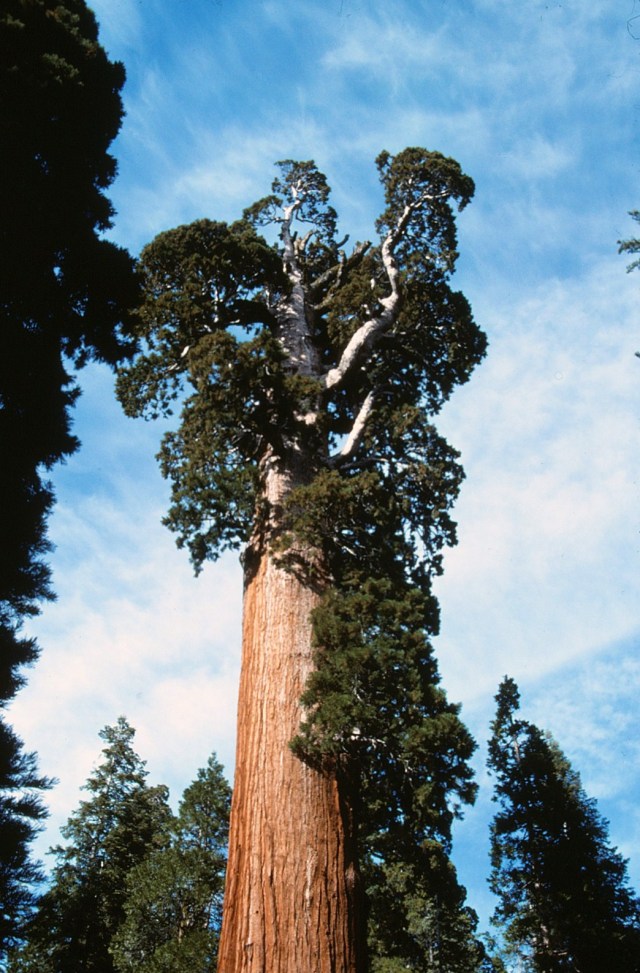 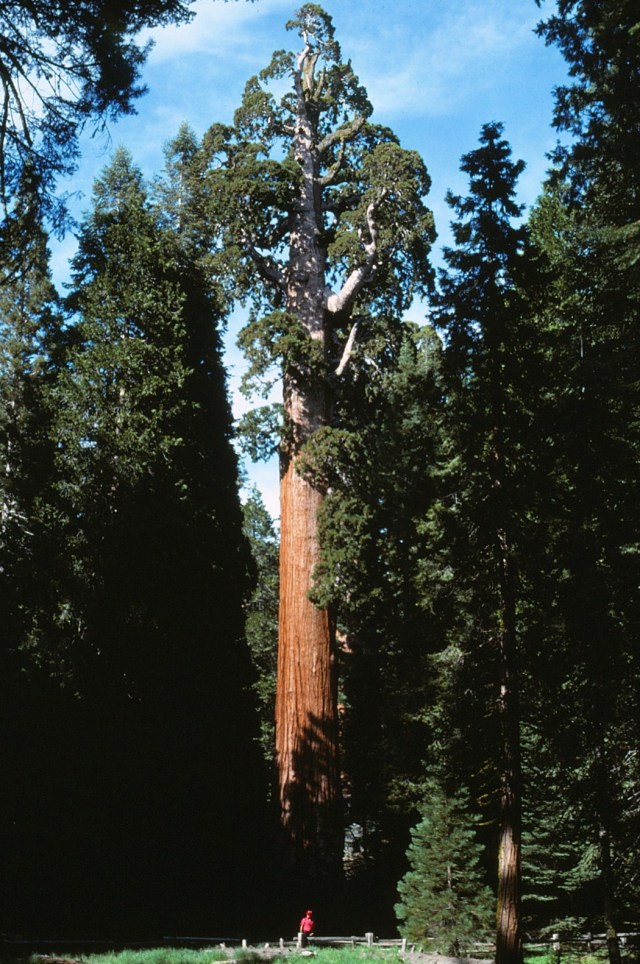 [Obviously 5-star lodging once again.  I have no recollection of this place . . . other than this photo.]

[A body of water with which I am not familiar?]

The obvious intro to the next several photos . . . 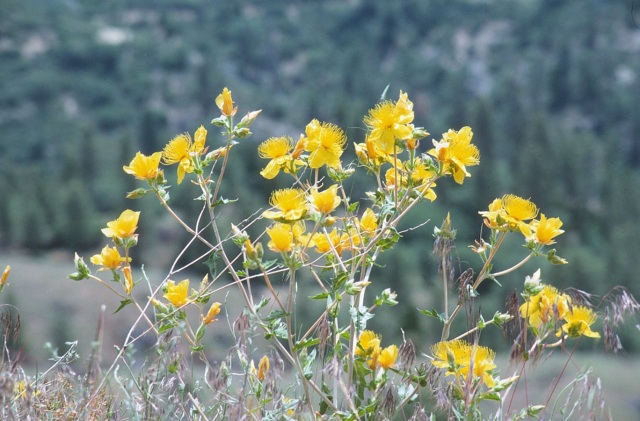 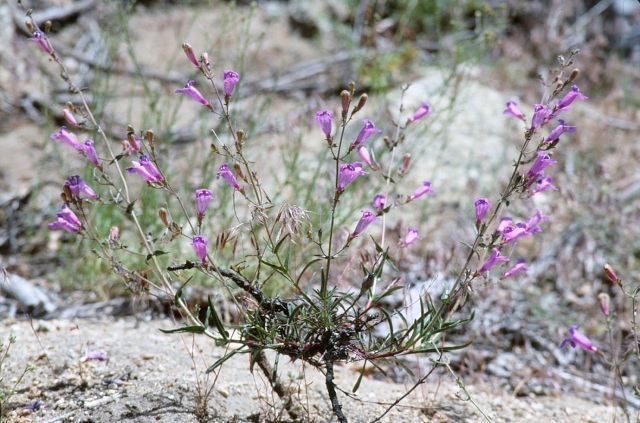 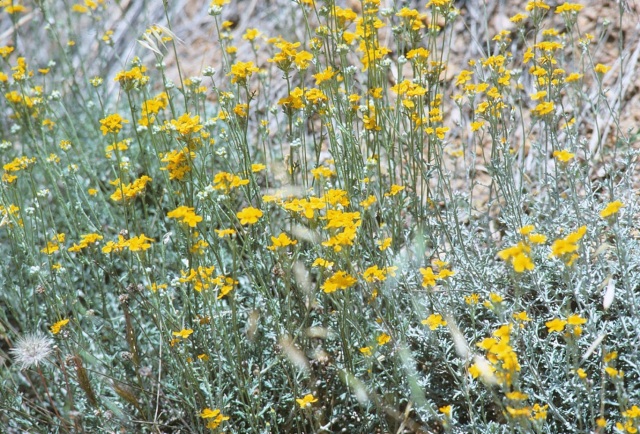 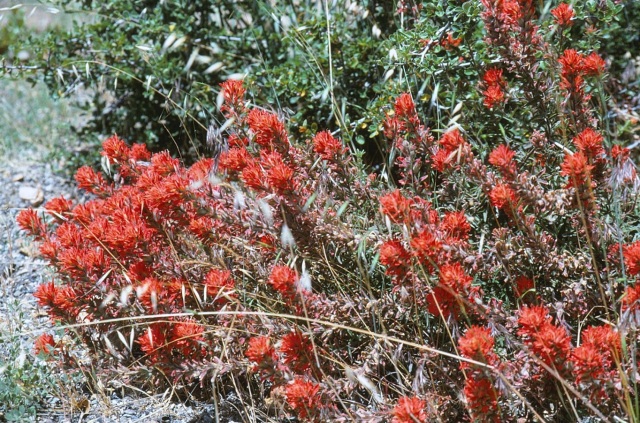 [Sequoia, Kings Canyon, and Mineral King are all adjacent to each other and as we traverse from one location to another, I don’t remember specific places . . . ] 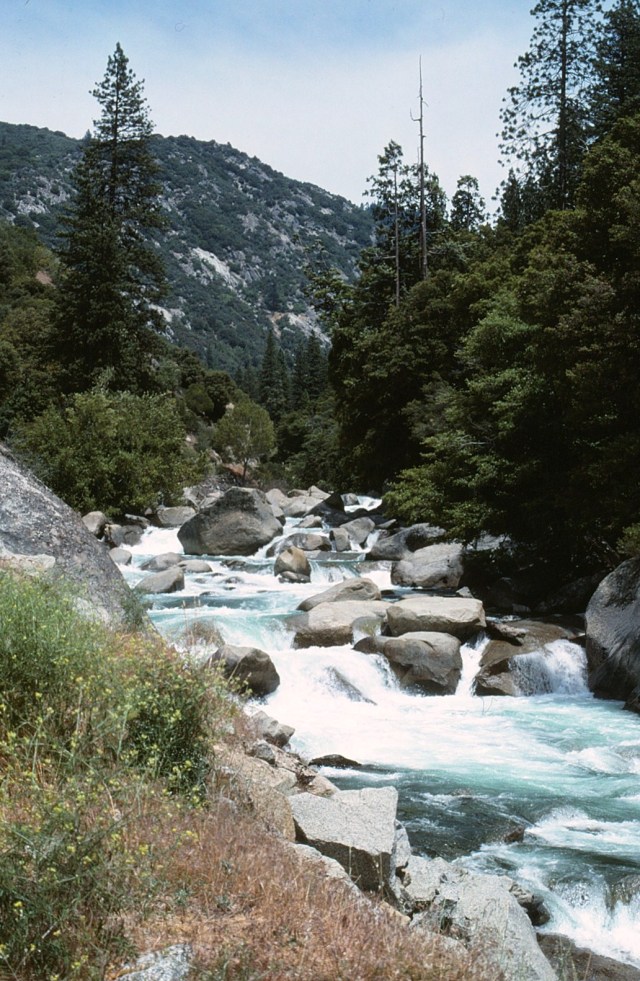 [Other than they were great places to visit.] 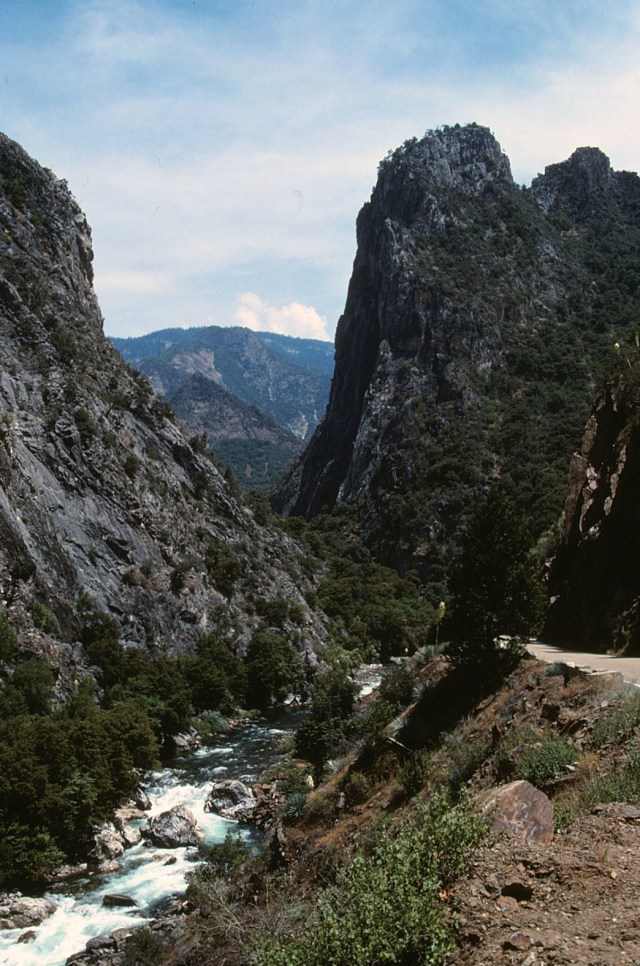 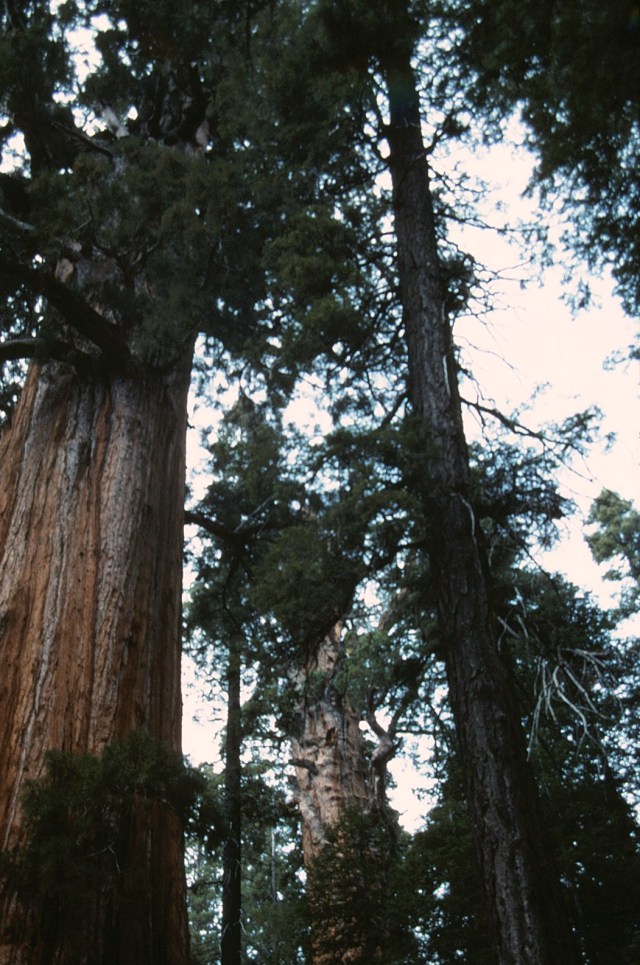 [Here’s Dan passing The Senate, back in the days when the senate actually got things done.] 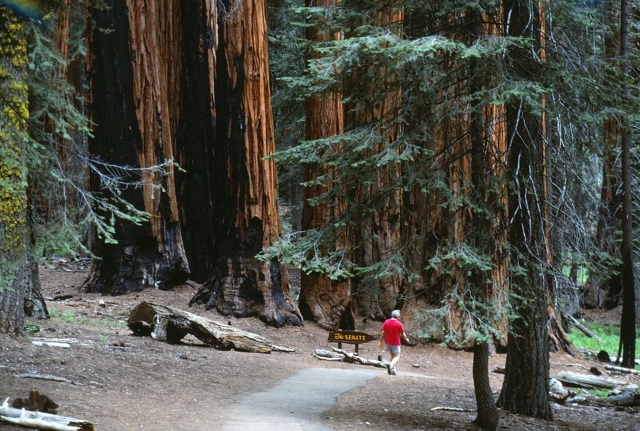 [Oy, not to mention The House!]

[Here Dan gives that familiar one-finger salute to his photographer.] 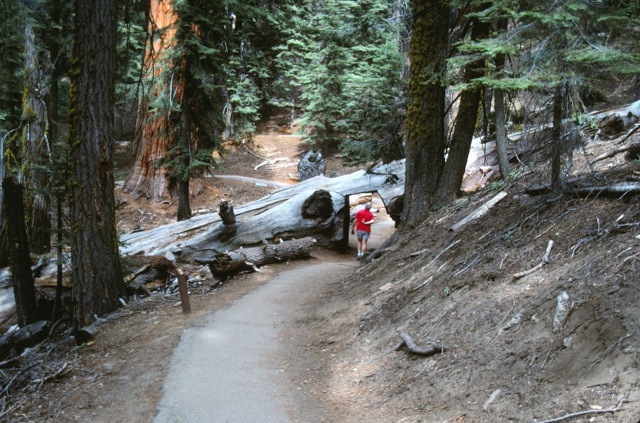 [And it appears this was lodging.  How did he arrange all this in the days before the internet?] 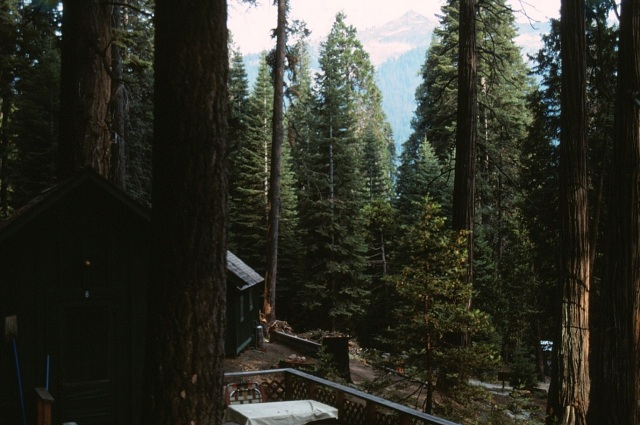 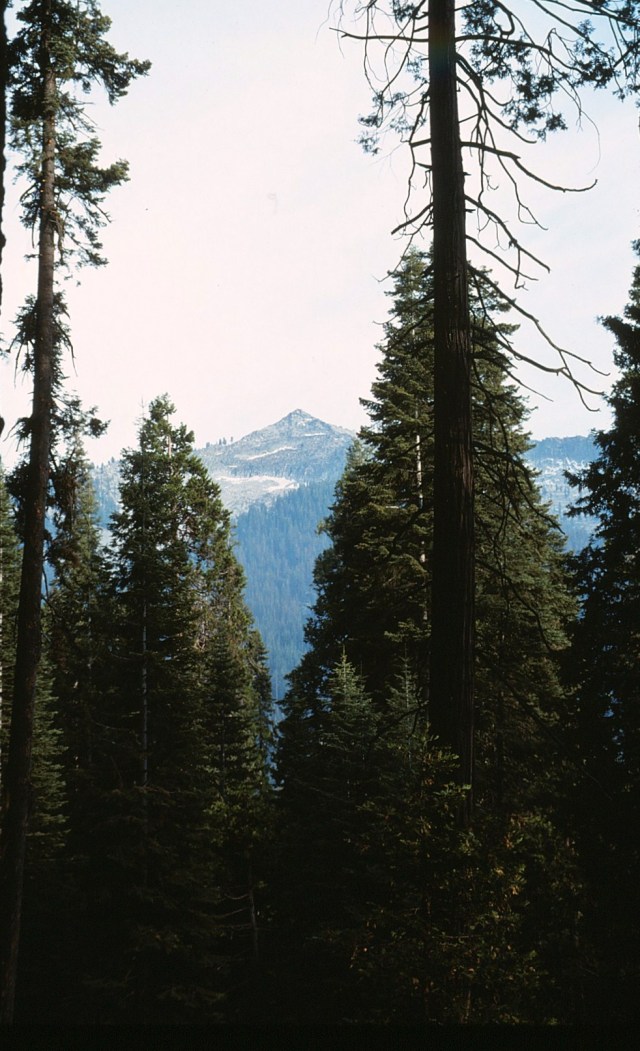 [Mineral King is a subalpine glacial valley located in the southern part of Sequoia National Park.  The valley lies at the headwaters of the East Fork of the Kawaeah River, which rises at the eastern part of the valley and flows northwest.  Accessed by a long and narrow winding road, the valley is mostly popular with backpackers and hikers.  In 1978, the valley became part of Sequoia National Park.  The name ‘Mineral King’ also refers to the historic mining camps and towns in and near the valley, including Silver City and Cabin Cove. The settlements as a whole are referred to as the Mineral King Road Cultural Landscape, and was added to the National Register of Historic Places in 2003.  (Wikipedia)]

[As noted this is noted as a haven for hikers and backpackers.  I believe this is the trail we took, and it pretty much lasted all day:  Crystal Lake, the trail to Crystal Lake (4.9 miles one-way) branches off of the Monarch Lakes Trail at Chihuahua Bowl, passing the remnants of the old Chihuahua Mine near the south rim. It then climbs steeply, providing panoramic views of the southern part of the Mineral King Valley, including White Chief Peak and Farewell Gap. The trail, and the small dam on Crystal Lake were built by the Mt. Whitney Power Company between 1903 and 1905. The Southern California Edison Co. still operates the facility. There is no maintained trail beyond Crystal Lake.  (www.nps.gov)] 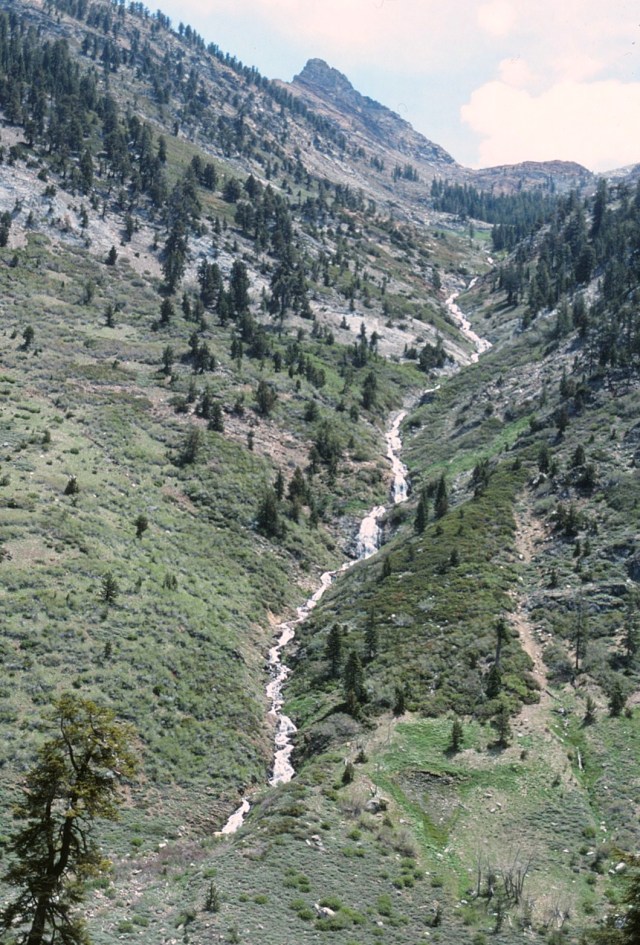 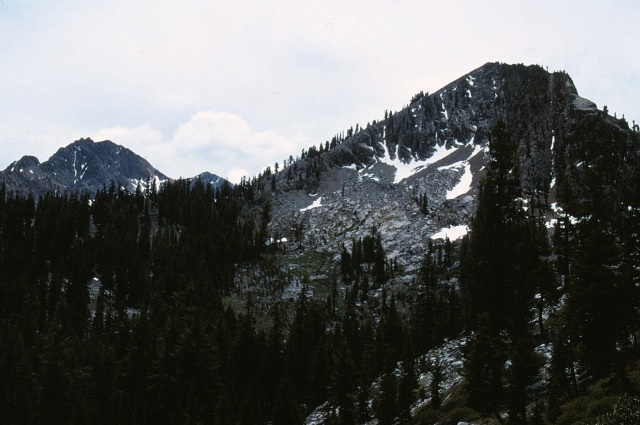 [You can find the strangest things at altitude!] 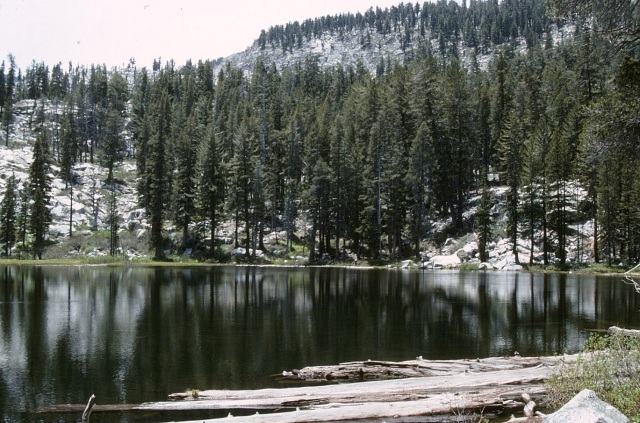 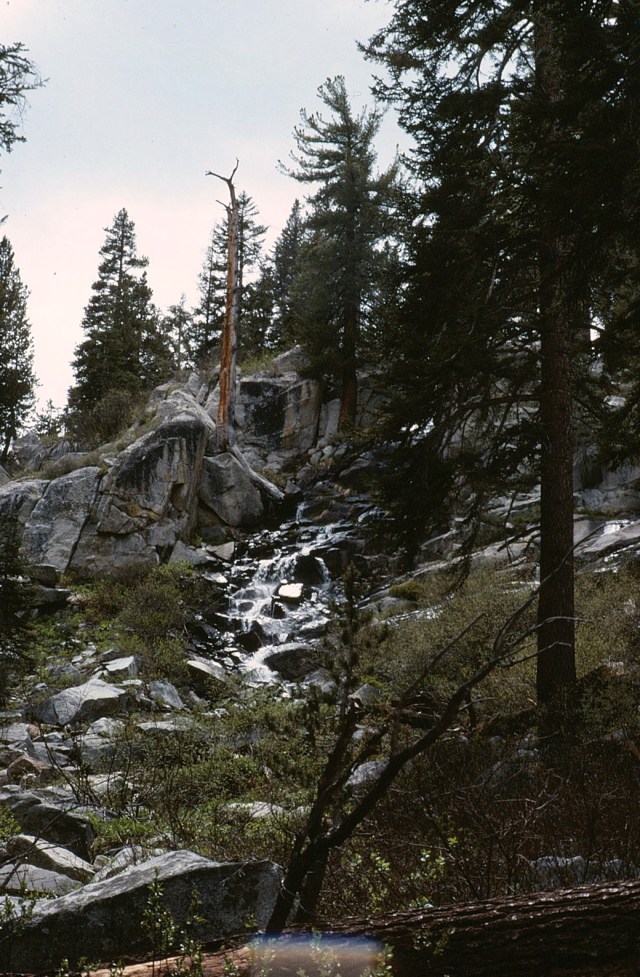 [I certainly do remember this part of the CLIMB!]

[Distance: 5 miles (8 km) one way;  Elevation: 7,800 – 10,800 ft.;  Difficulty: Moderate
Time: 4-7 hours round trip (not including stops for rest or picture taking).  Stunning alpine scenery, glacial cirques, and seasonal wildflowers await hikers of the Crystal Lake Trail inMineral King Valley. The trail to Crystal Lakes begins at the end of Mineral King Road at the Timber Gap/Sawtooth Trailhead. The 4.9-mile route follows the Monarch Lake Trail as it climbs through the Monarch Creek drainage with views of Timber Gap and Sawtooth Peak.  (www.sierranevadageotourism.org)]

[The last one and a half miles of trail is steep and rugged. Making up for the difficult terrain are steadily improving panoramic views of the southern part of the Mineral King Valley–including White Chief Peak and Farewell Gap. The trail reaches 10,000 feet then descends slightly and levels for a short distance before beginning the final ascent to Crystal Lakes. At the top of the switchbacks, the dam comes into view. Between 1903 and 1905, the Mt. Whitney Power Company built the trail and small dam. The Southern California Edison Co. still operates the facility. There is no maintained trail beyond Crystal Lake, but sure-footed hikers can climb cross-country to the Monarch Lakes and return via the Monarch Lake Trail to make a loop. Be aware of lingering snow and loose scree!  (www. sierranevadageotourism.org)]

[A marmot, real threats to vehices in the parking lot as they eat soft parts of our car!] 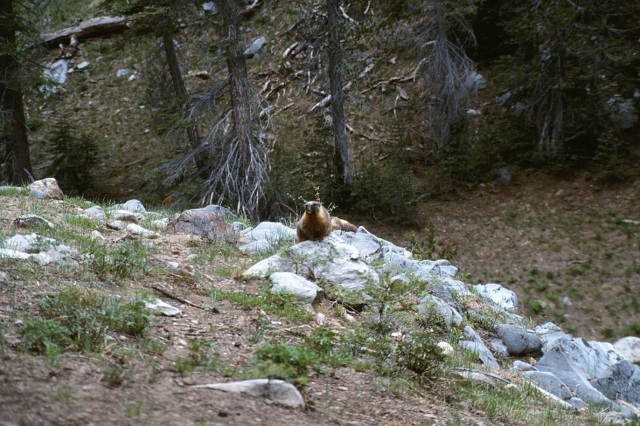 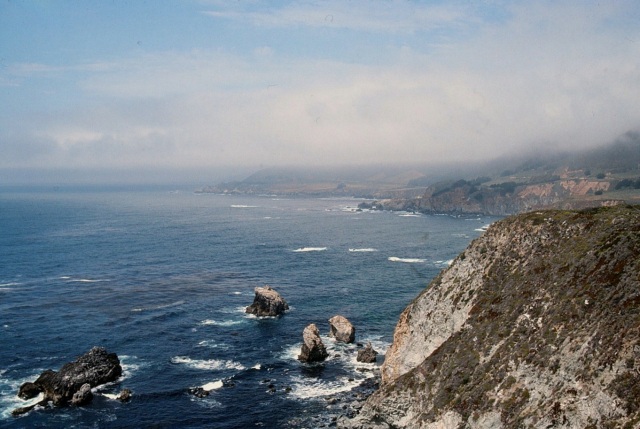 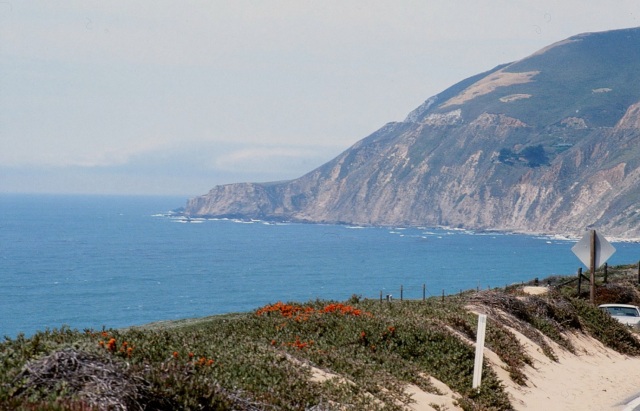 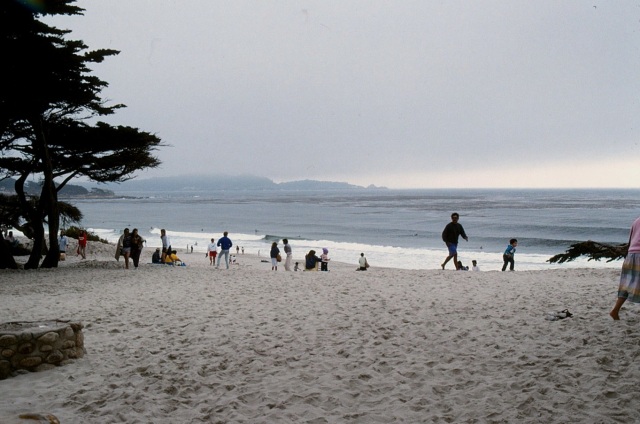 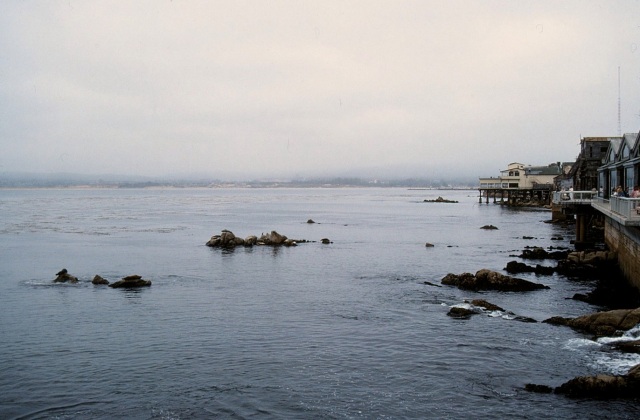 California is an unbelievable state.  One day I might be in a spiritual place like Joshua Tree, then before I know it, I’m eating groovy sushi in a mini-mall.  I’m a Cali girl through and through.  ~  Drew Barrymore

Up Next:  Remains to be seen (stating the obvious)