[PLAY BALL: Finally, weather worthy of the season.  A rare Saturday session – Eden Valley – Watkins and Jamestown, ND, came to town for a round robin.  This was not previously on the schedule.  I think the teams did some late scheduling just to get some games in – the weather being totally prohibitive until now.]

[I guess we’re at the right place?] 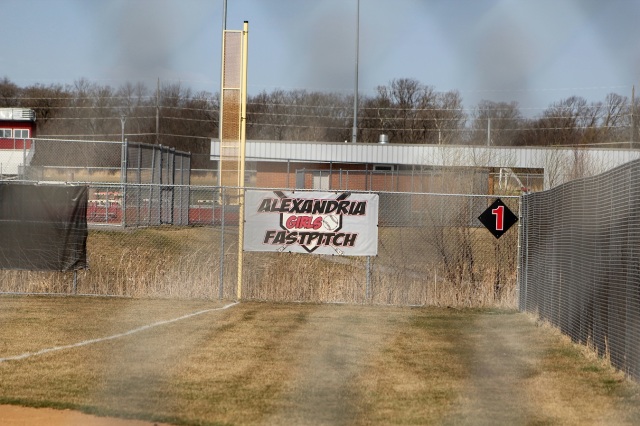 [You know the old saying:  You can’t tell the players without a scorecard?  Well, that applies here.  Due to the circumstances, there was no “paperwork” for these games.  I don’t remember a lot of the players.  I’ll try my best.] 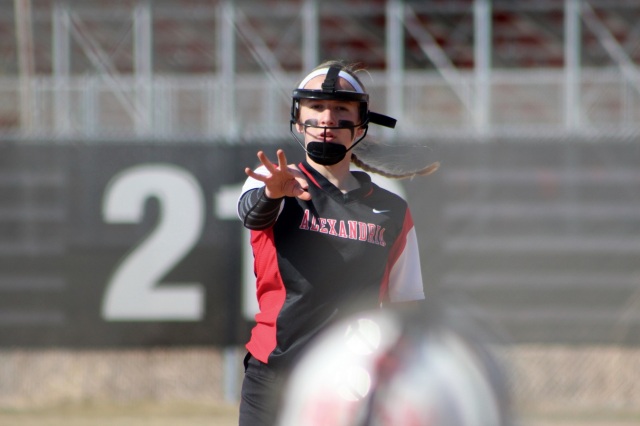 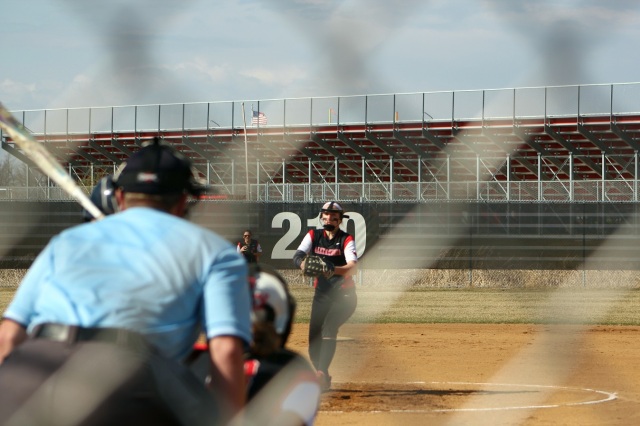 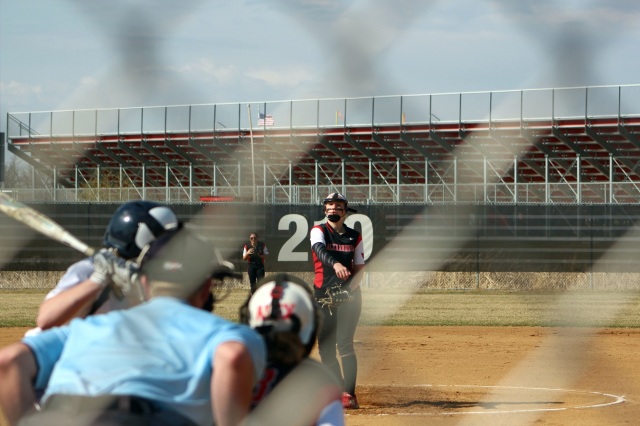 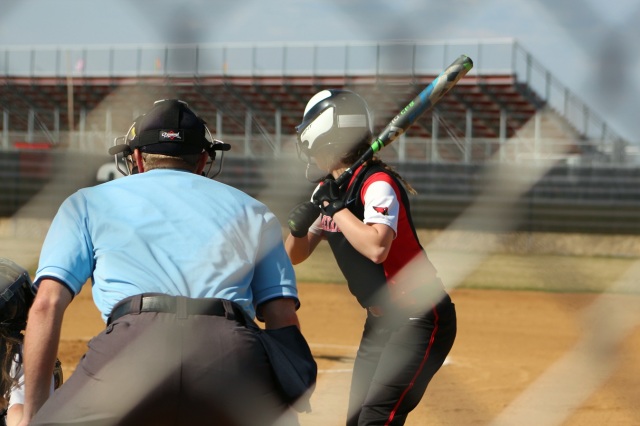 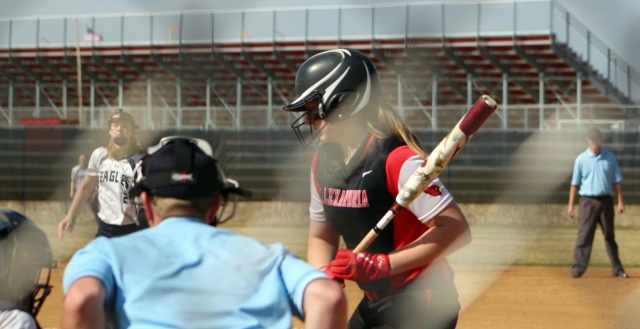 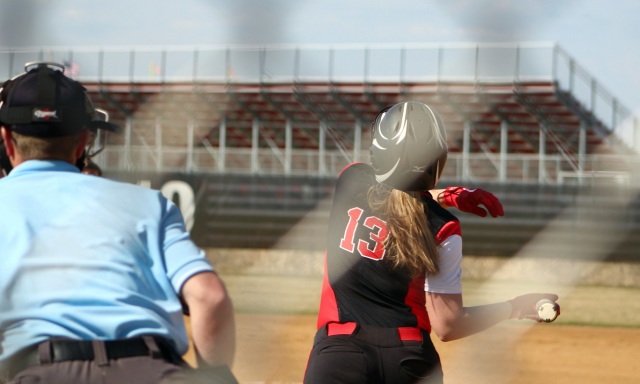 [And this may be centerfielder Calley Richardson’s 3rd year as clean-up hitter . . . ]

[Here I managed to capture the essence of the sport. Calley hit a towering Harmon Killebrew-esque pop up right over home plate. Planes landing at Chandler Field had to take evasive manuveurs. The catcher and ump immediately looked straight up – the ump continuing to do so for the next several minutes. The catcher, a mere wisp of a player, was very good and made the catch.] 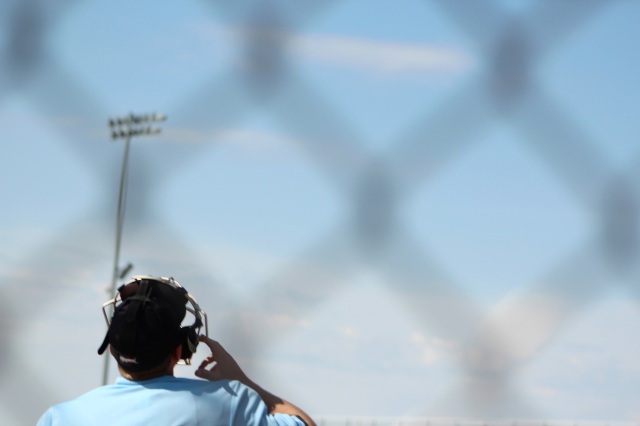 [Not sure who our hitter is here?] 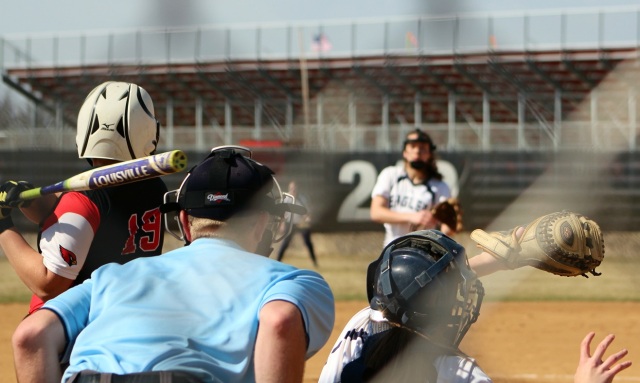 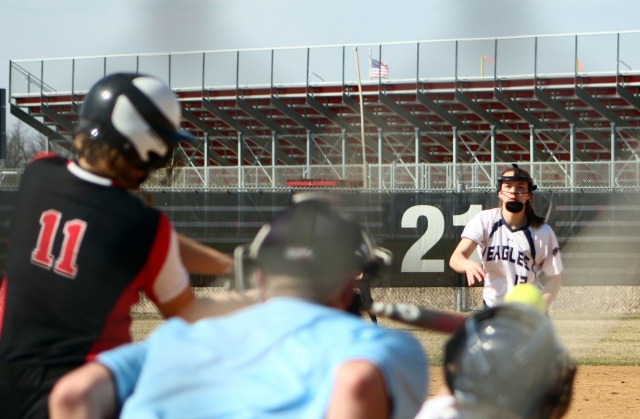 [The Cards looked really ragged from lack of play.  Bradley and I left after 5 innings as other events were calling.  We lost 8 – 2, the score when we left.] 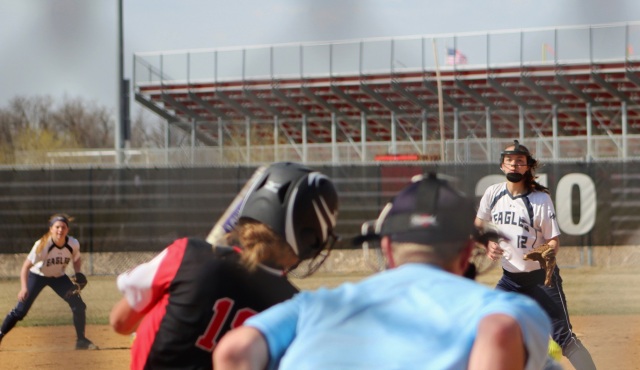 Bevrijdingsdag  (May 5th is also Liberation Day for The Netherlands)

[The next event was Run for the Roses, the annual fundraiser for Theatre L’Homme Dieu held in conjunction with the Kentucky Derby. The Alexandria Golf Club hosted this year.] 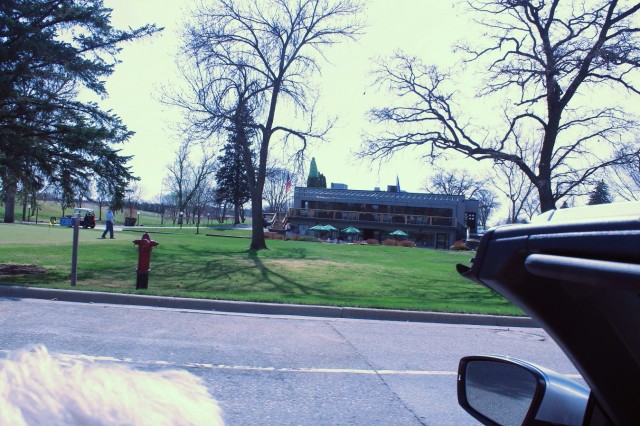 [The Super pulls the VW convertible into the club on a beautiful day . . . ] 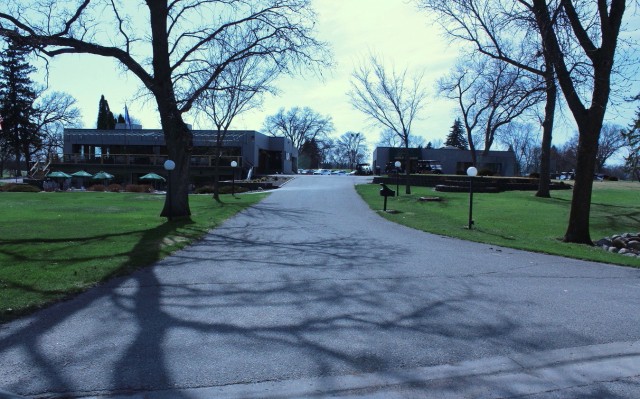 [You’ll notice a bluish tinge to the first 10-12 pictures or so.  That’s because I had my camera on the wrong setting.  I tried to correct it in the “processing,” but this is the best I could do.  And that’s why I’m “The Cub Reporter,” not a real reporter!] 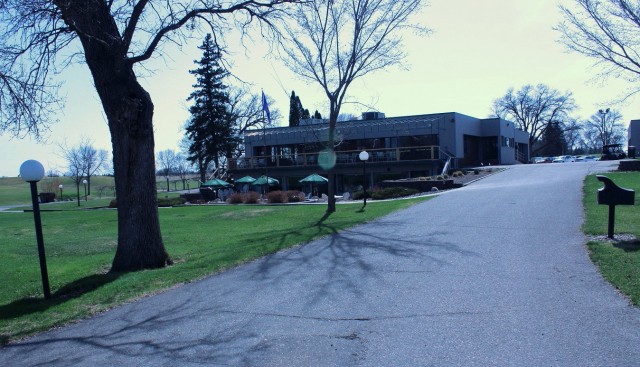 [The Echo Press was on hand to cover such as the appropriate and matching attire of Amy and David Sunderland . . . ] 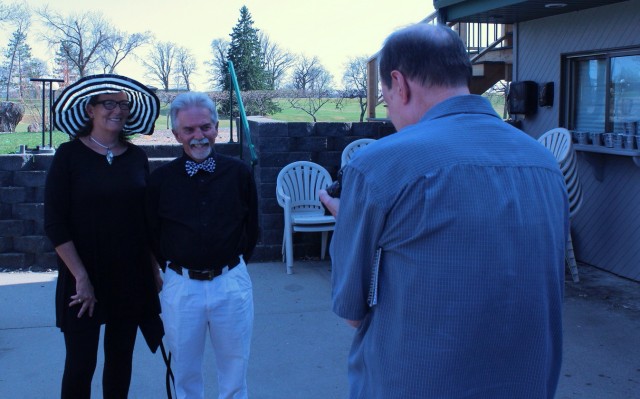 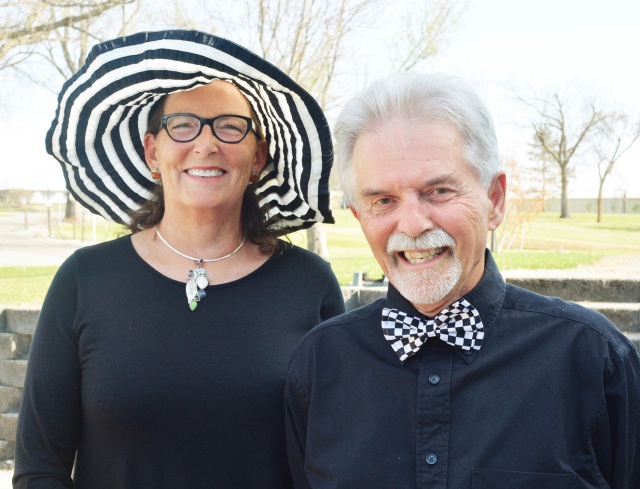 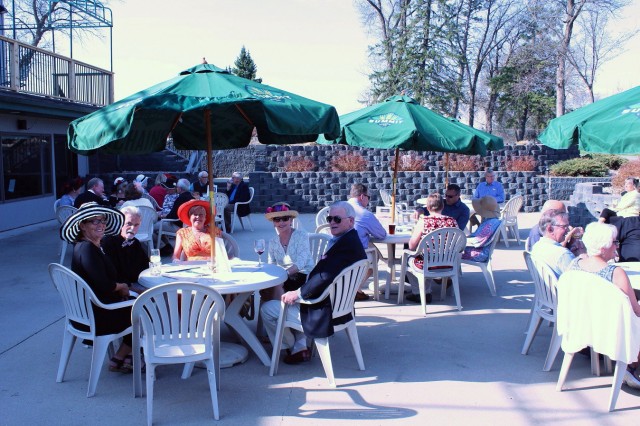 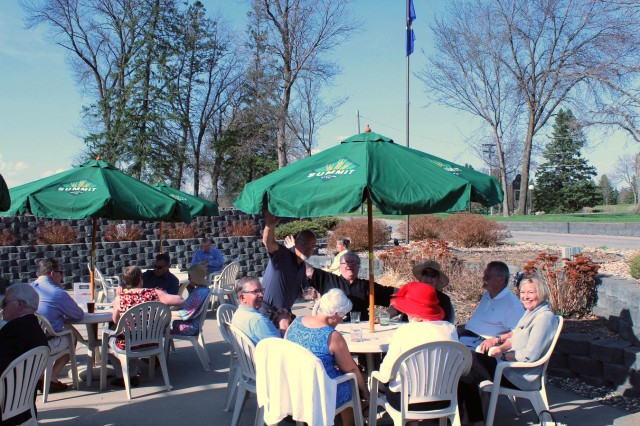 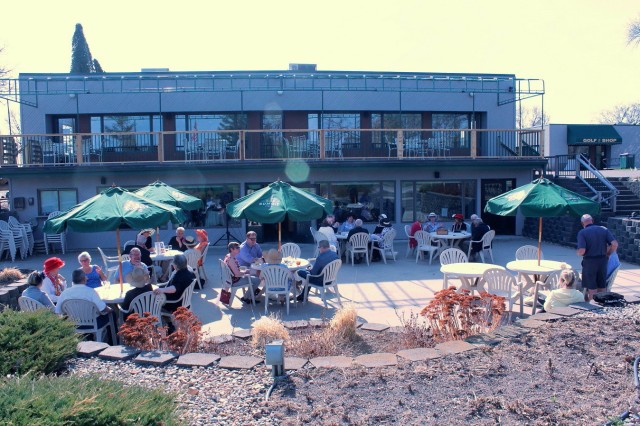 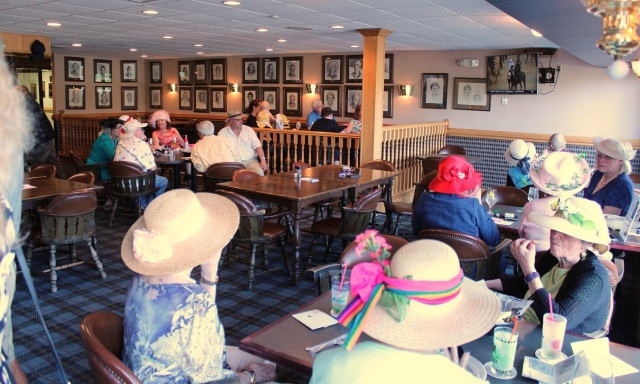 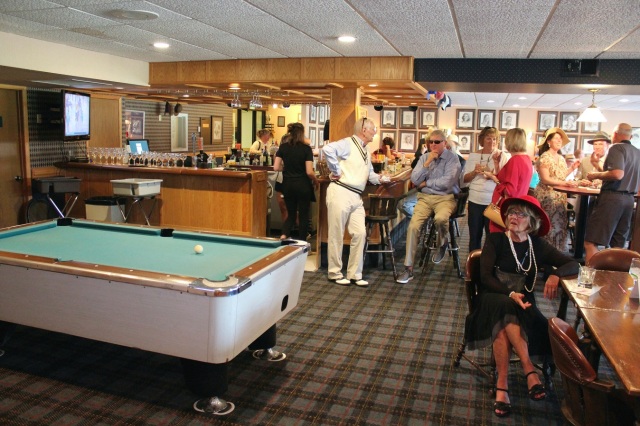 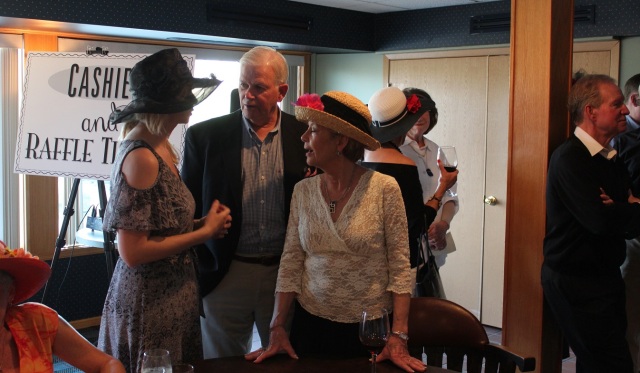 [The name of the horse the Super and I drew in the blind draw never appeared on the screen during the race?  Uffda!!]

[The Super won a bottle of Carlos Creek’s Reserve Marquette for either the best Run for the Roses attire, or voted most likely to have been a jockey, I forget which . . . ]

[Dave won his bottle of Reserve Marquette for being the best golfer at our table . . . ] 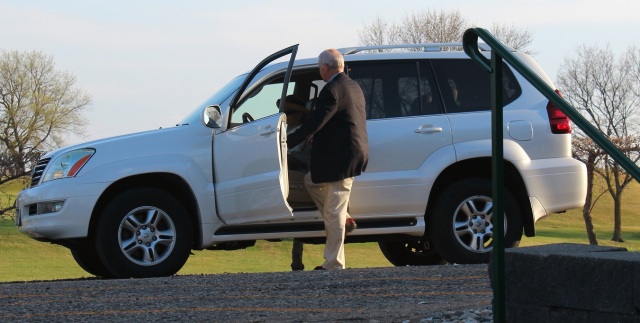 [And I’m taking my bottle of wine home!] 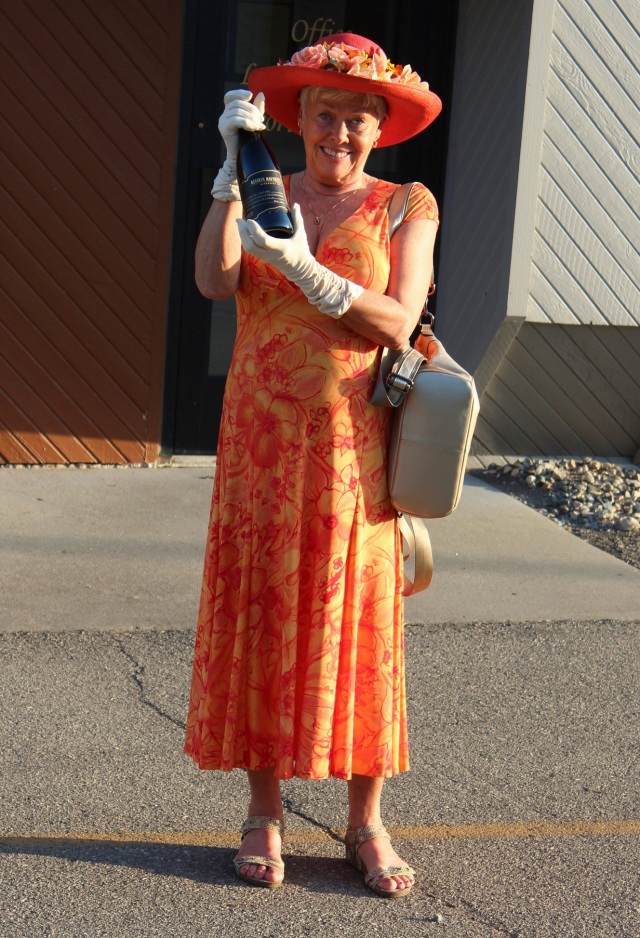 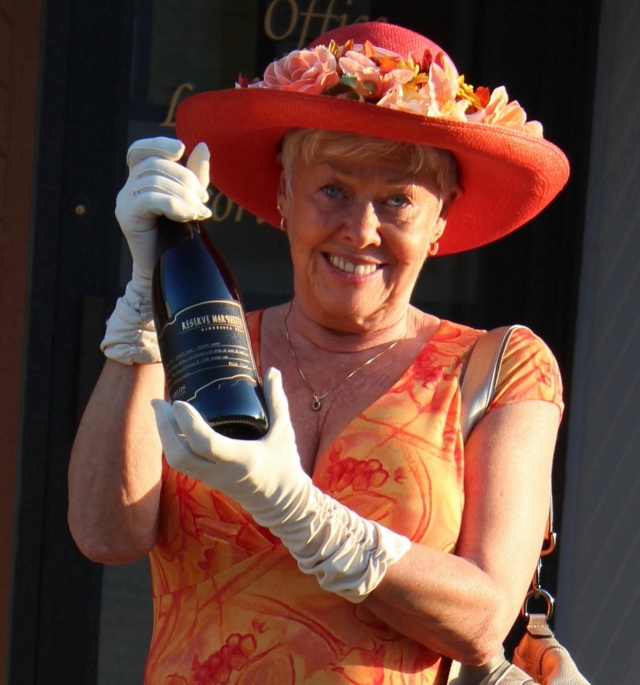 The length of a film should be directly related to the endurance of the human bladder.  ~ Alfred Hitchcock

Up Next:  We’ll find out together.