I believe this is the “something-somethingth” annual Golden Gopher Coaches Caravan, junkets to geographical parts of the state where the tallest structures are grain elevators, to sell the local denizens on the joys and pride in supporting the state’s flagship university.  Kudos to the members of the University of Minnesota Alumni Association West Central Chapter (OK, UMAA) who set up and coordinated this event:  Kevin Mahoney, and the dynamic father and son team of Dave and Marty Schultz.  Marty, such as your cub reporter, had the good sense to get a geography degree from the ‘U’!

[Prepping for the onslaught – 250 fans and guests were expected, and I believe we got there.  Thanks to the Legacy of the Lakes Museum for hosting the event.  Ski-U-Mah!]

[The Super and I arrived a bit early to stake out a claim to an upfront table.  This one seemed fine.] 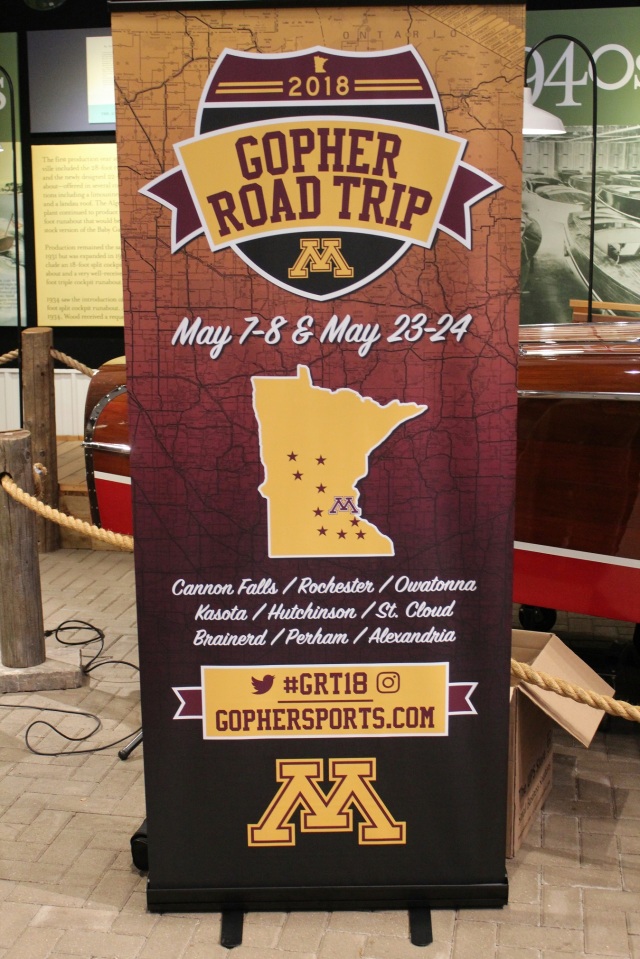 [Entertainment was provided by past Alexandria wunderkinds, Jack Anderson (yes, son of the Regent) on sax and Adam Aastrup on guitar.]

[A bite to drink and heavy hors d’oeuvres (yes, I still have to look it up every time) to sip thanks to Raaper’s.] 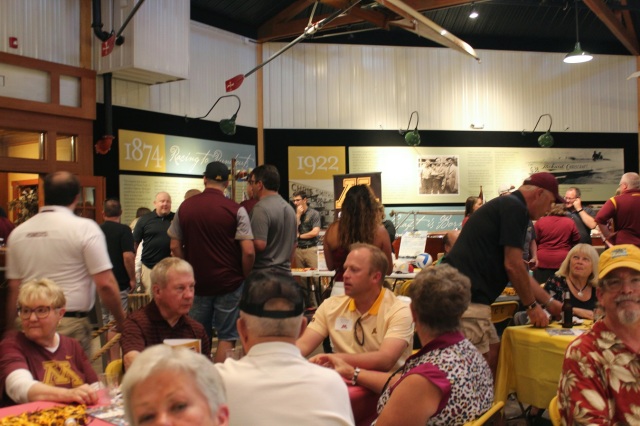 [And here’s Marty’s reaction to the bill, knowing our UMAA chapter had about $5.82 in the bank.] 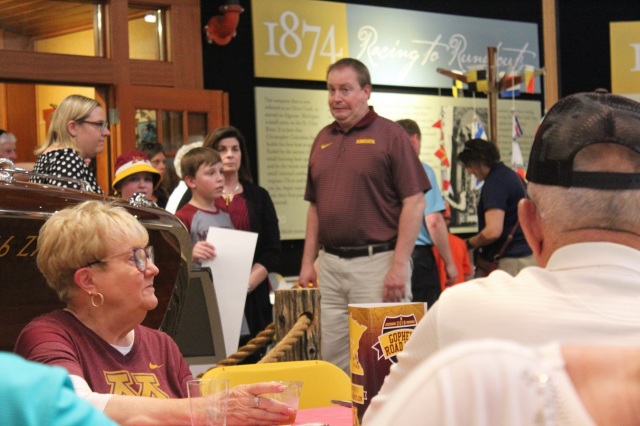 [Goldy makes his entrance – father Dave on the far right keeps an eye on him!]

[Her Honor, Alexandria mayor Sara Carlson, welcomed the ‘U’ to Alex.  She left shortly after I advised her the Super and I would be moving into her jurisdiction at the end of next month.] 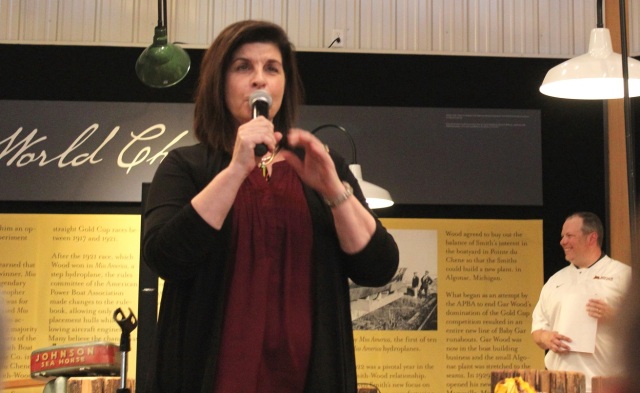 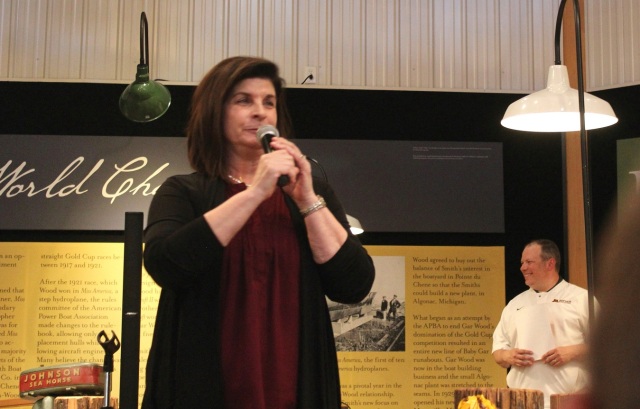 [Goldy performed the spin-his-head trick.  He (she?) is a 3-time national champion mascot.] 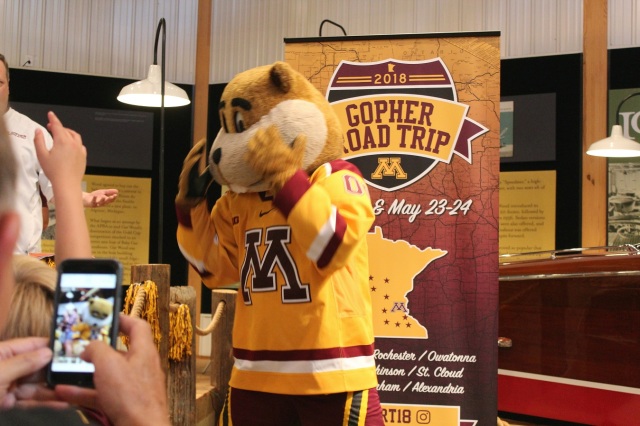 [The U’s athletic director, Mark Coyle, led off the activities . . . ] 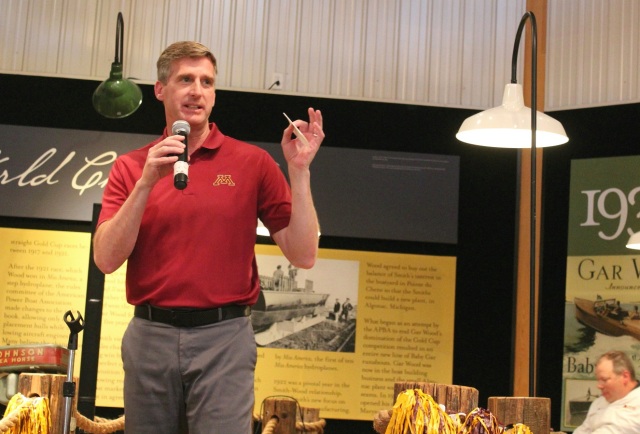 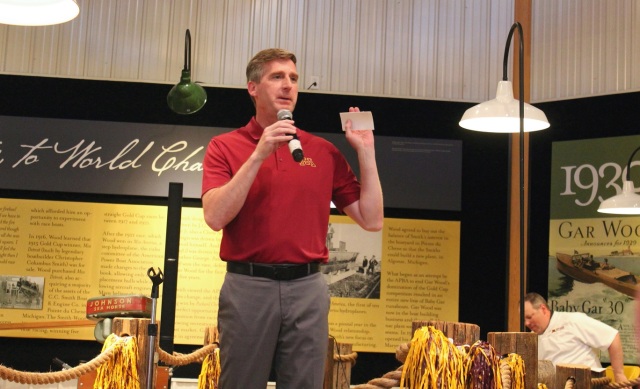 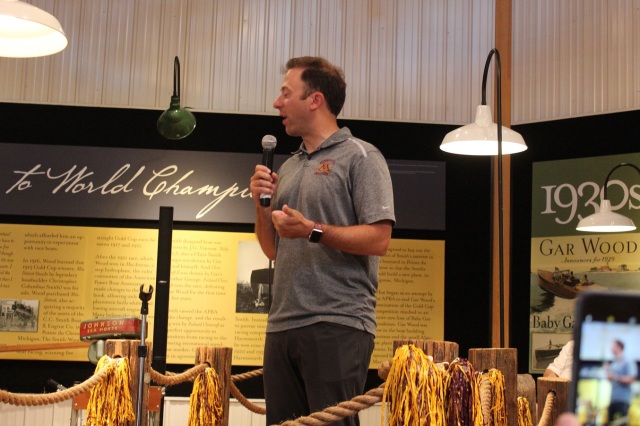 [And he recruited 3 Minnesota kids this year, hoping it would keep the locals off his back – a little tongue in cheek there.]

[This is good as the Gopher should reclaim their spot at the top of the sport, as their geography mandates . . . ]

[Motzko said he felt like a real celebrity for about one week – then the U hired Lindsay Whalen!]

[She would walk the campus and any co-ed she saw taller than 5’10”, she’d try to recruit her on the spot.] 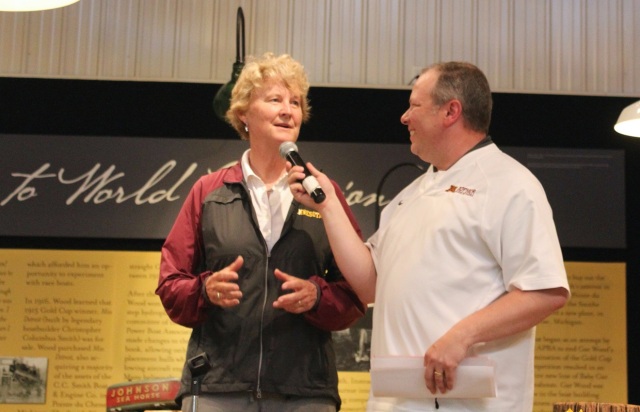 [After watching him, you get the idea that the J. may stand for Jumping Jack Flash!]

[The guy is enthusiastic and touting the best Gopher recruiting class since people started rating such things . . . ] 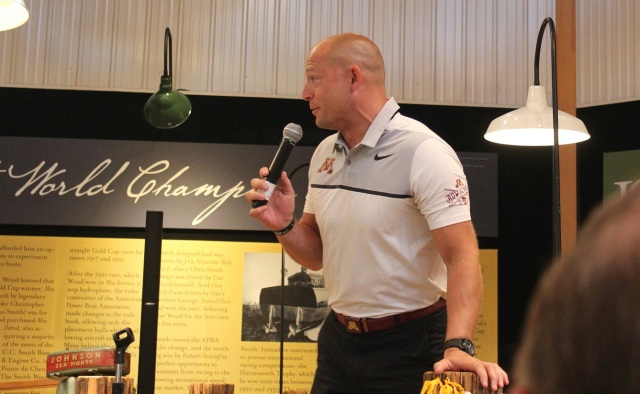 [Mike Grimm, Gopher broadcaster, emceed the event.  Here he asked for a show of hands of anyone who wanted to meet Lindsay Whalen . . . ] 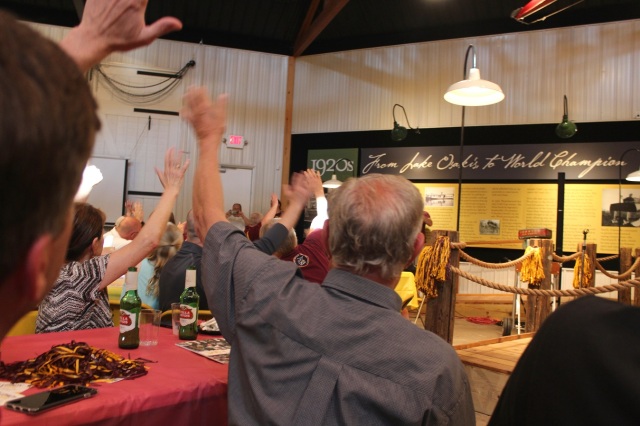 [It was bound to happen.  They were seated next to each other!  Hoosier meets Gopher. This is oft the equivalent of matter meeting anti-matter!]

[All three photos were good of both of them.  I was incapable of making a decision on one.  So, here are all three.]

[It was hot inside, and we were inside because of possible storms.  It just stayed hot and sunny.  But I stayed to help the crack clean-up crew round up all the tables and chairs.  A good time was had by all.]

I heard Tonya Harding is calling herself the Charles Barkley of figure skating. I was going to sue her for defamation of character, but then I realized I have no character.  ~ Charles Barkley