Two Days With BAT and Brenda

[Amazingly, with thunderstorms forecast almost daily, BAT was able to give us two outdoor performances this visit.  As a reminder, he will be back for Grape Stomp.] 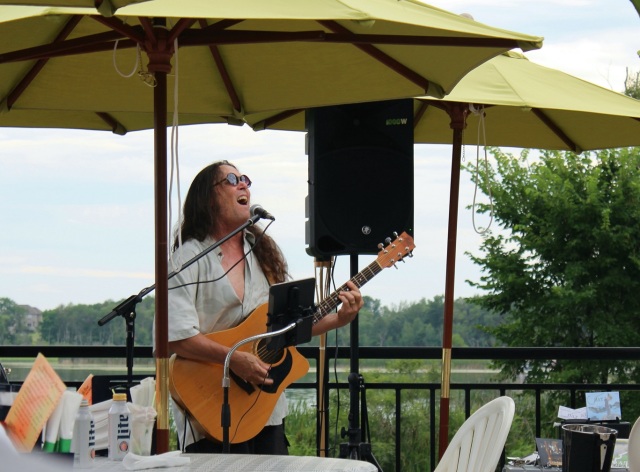 [The Super takes her “Missing u at” photo.  The deck was packed, fortunately we were able to fit in with Bonnie Schnell’s table of 20.]

[The weather patterns have been giving us some interesting cloud formations.]

[Yup, going up to “put bread in his jar” during Piano Man.]

[Again, happy to be outside.  A little on the sticky side, but bearable.  There are five videos here for your dining and dancing pleasure – don’t be afraid to look at them, hardly takes 15 minutes.] 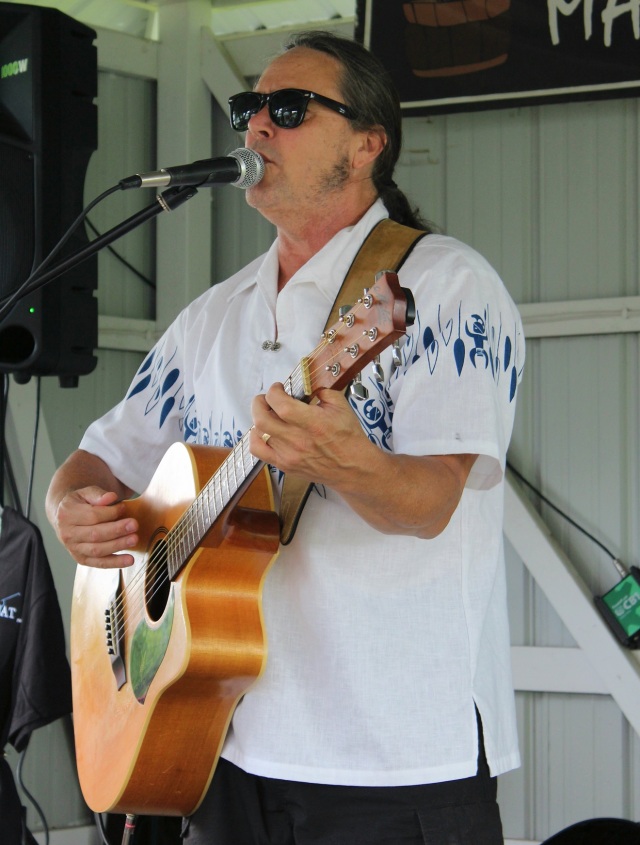 [I think I’m getting the finger?]

[Trina Wolfe, the director of retail for the winery, comes out to check on things.  Linda and Rick were table mates.] 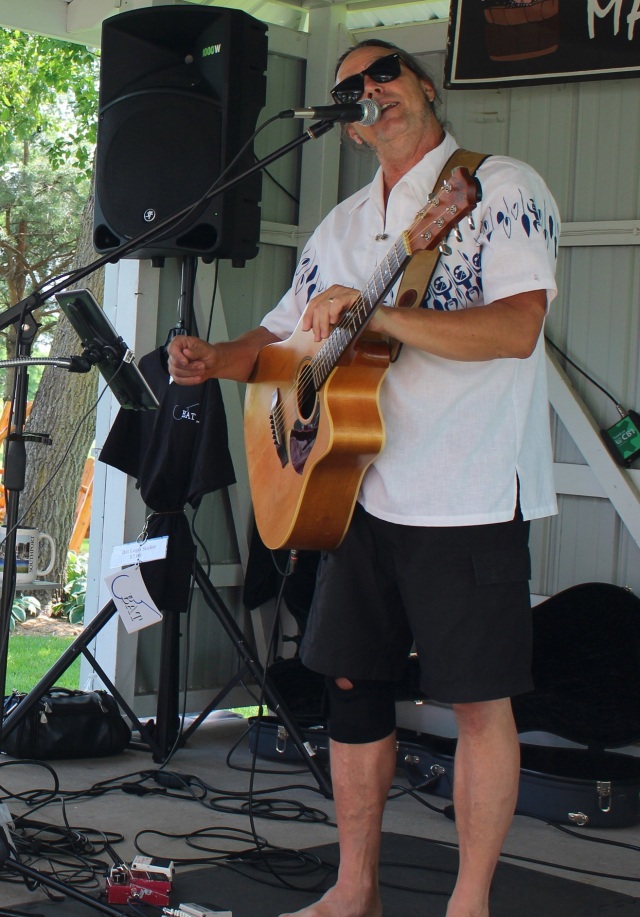 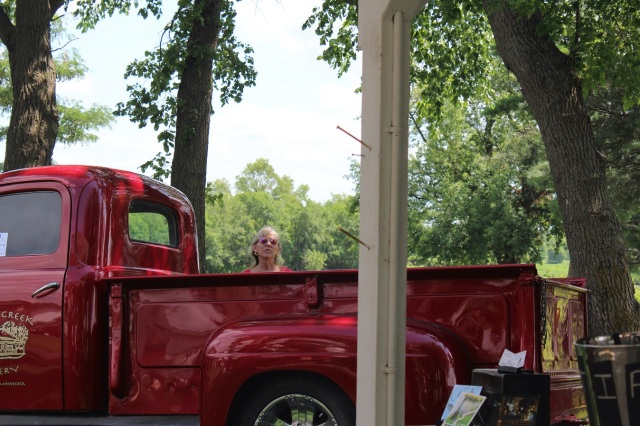 [Barb and Jewett Benson, local Renaissance people and dance instructors on the side, show us how it’s done.]

[8 amongst a cast of thousands.] 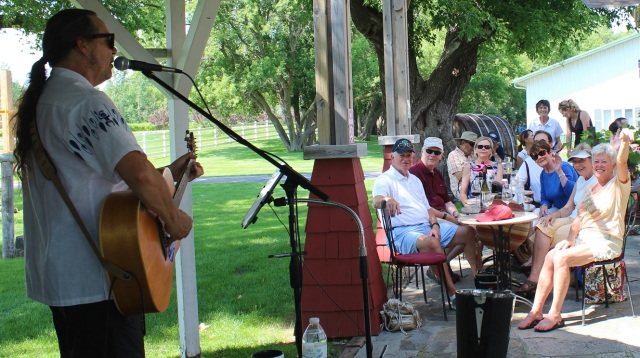 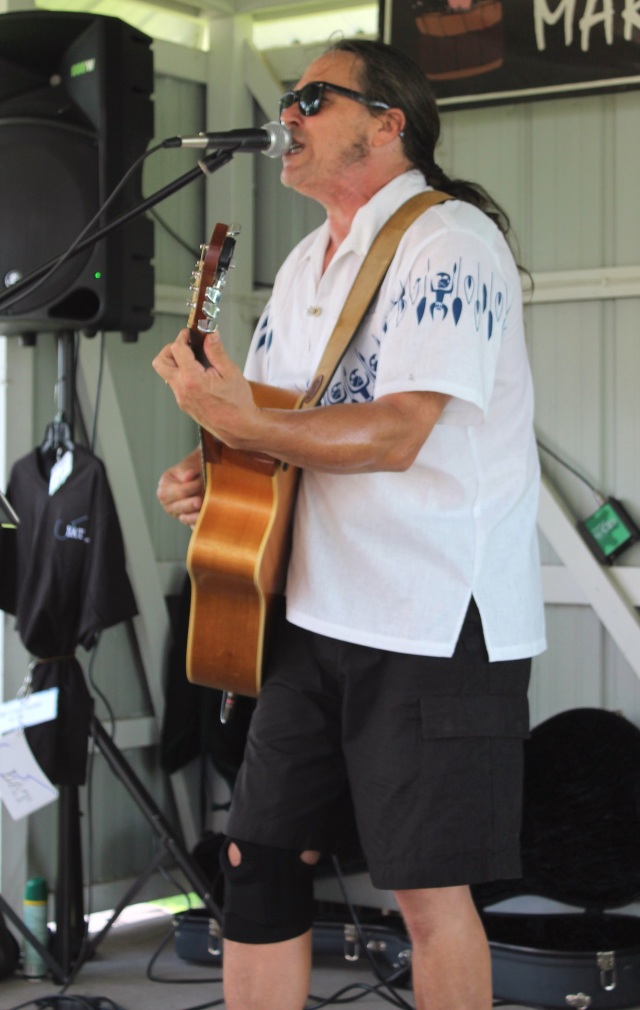 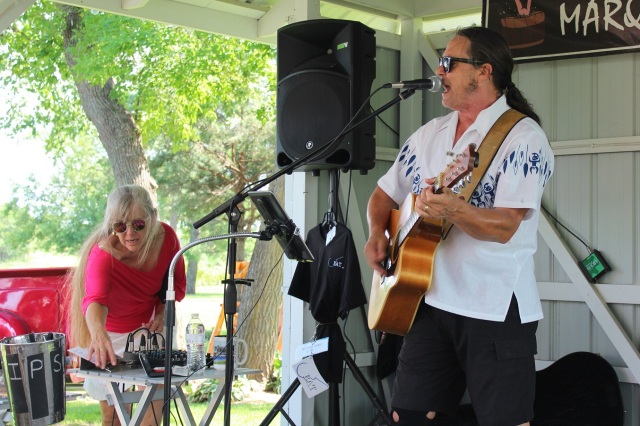 [Brenda notes the Cub Reporter would like to hear Pancho and Lefty.]

[I didn’t realize the Benson group behind us was also taking their group photo.  Doh!] 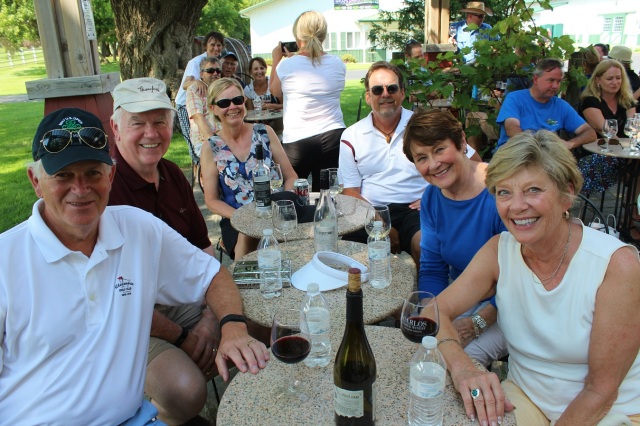 [The wedding party comes through – at least it gave BAT a half hour break.] 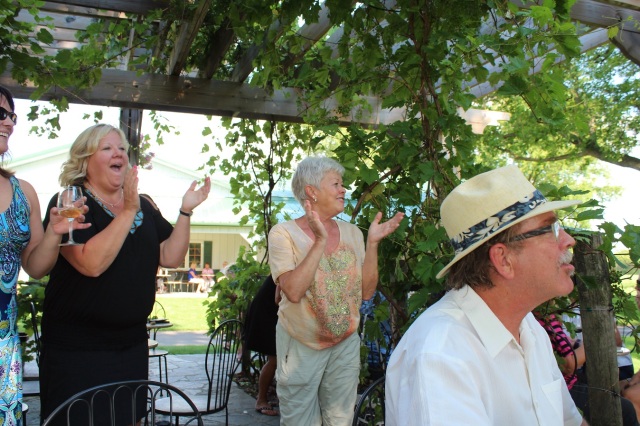 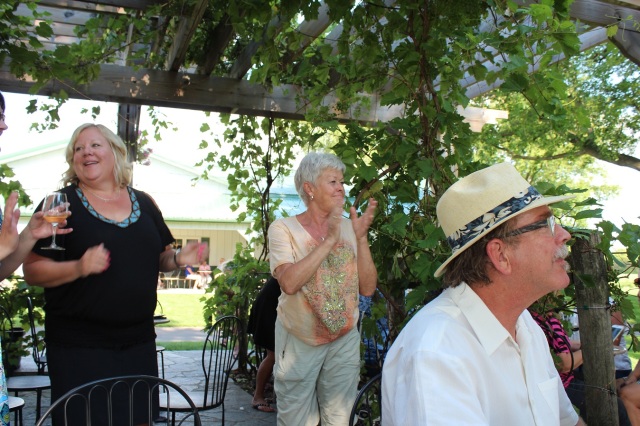 [And the patrons, now stoked with an afternoon of venue product, are ready to cut loose!] 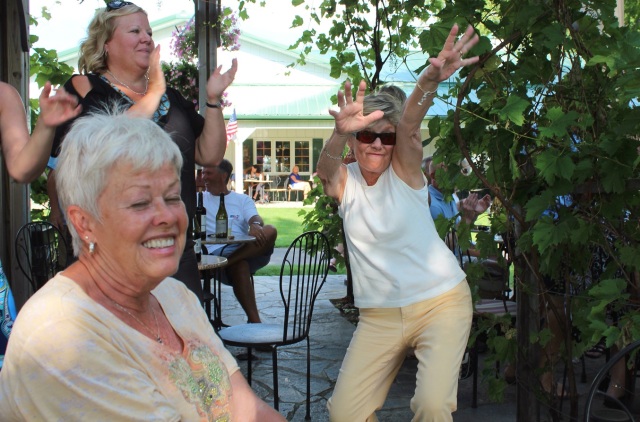 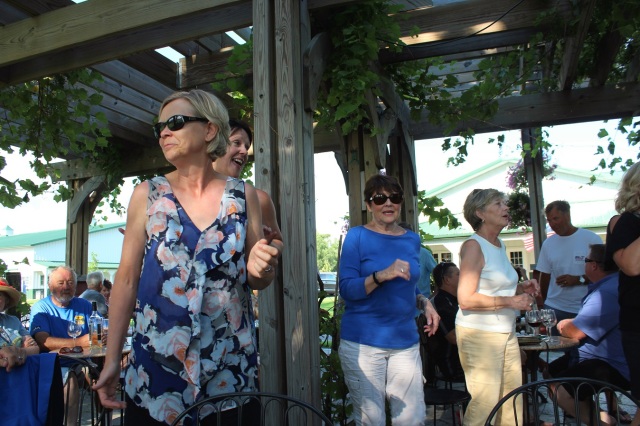 All the good music has already been written by people with wigs and stuff.  ~  Frank Zappa

1 Response to Two Days With BAT and Brenda