Because Inquiring Minds Want to Know . . .

OK, this is a little bit of inside baseball, but it’s the best way I have to disseminate the information.  Alice and Dave Anderson celebrated their 50th anniversary yesterday at Gathered Oaks before a cast of thousands.  The entertainment was a 4-piece jazz combo of obviously high school age kids, who were very good.  The guitar player attracted our attention because he looked familiar – the Super and I agreed  he looked like Adam Astrup. He was.  Adam was an original Alex wunderkind whose family moved to Cold Spring . . . well, we’d forgotten how many years ago.  So, I looked it up – and now we know the rest of the story.

[Adam with other wunderkinds – we always said Sami Steidl was our original.  This January 15, 2012.] 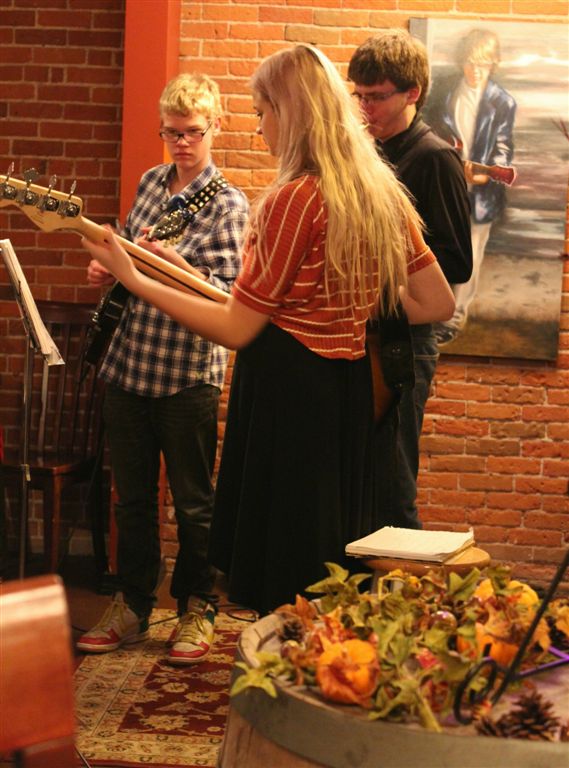 [With Paul, Kirby, and others with the Alexandria Jazz Combo    ] 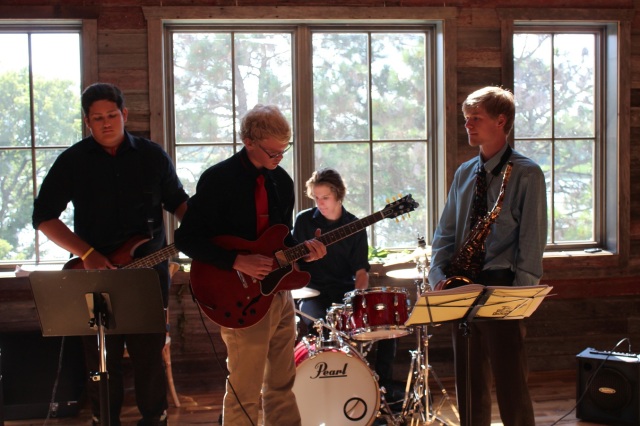 [Deb Trumm photos . . . she and Paul have a niece and nephew, who in some order are one year younger and one year older than Adam, who go to Rocori High School and are Facebook friends with him.] 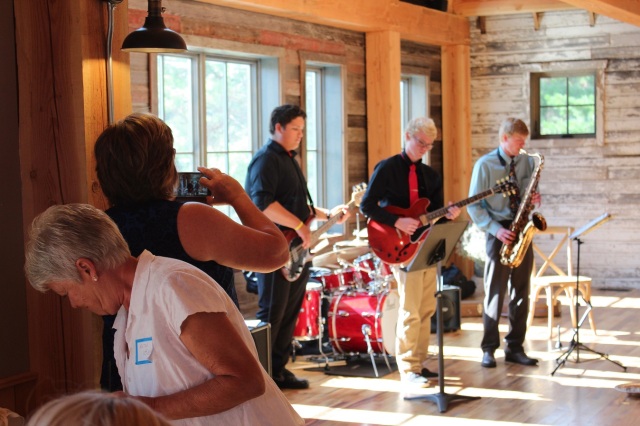 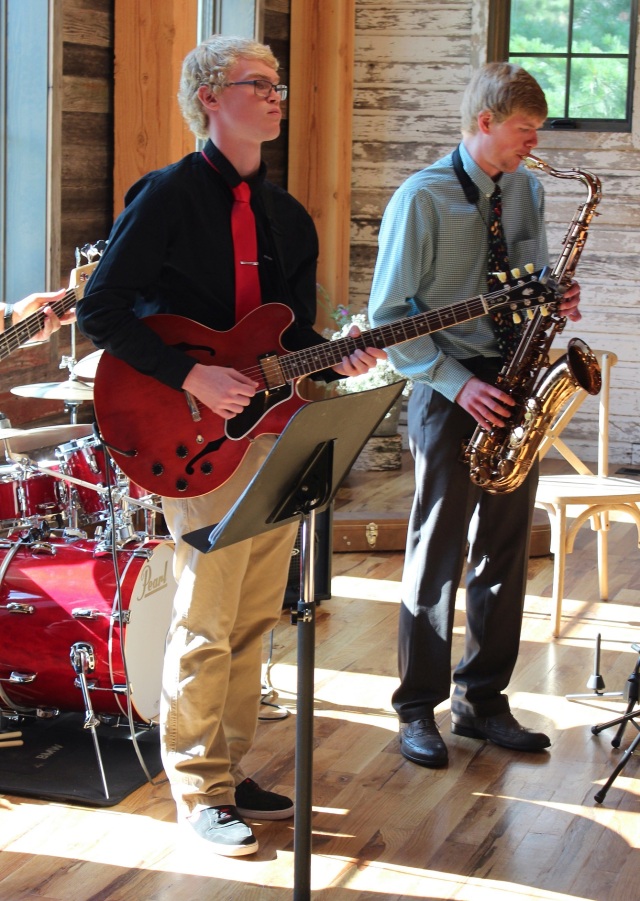 Jazz is not dead, it just smells funny.  ~  Frank Zappa