September 14 – The preamble to the Grape Stomp, BAT comes to town

[And two days before Grape Stomp officially began, BAT got the ball (or grape) rolling at Sixth Avenue Wine & Ale.] 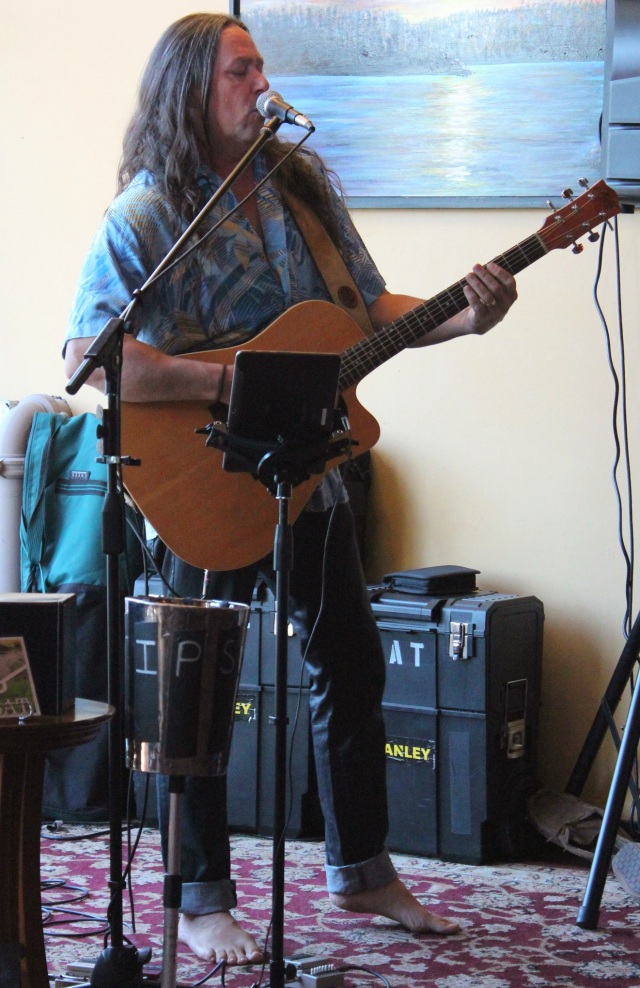 [Meaning it’s time for the attendees to start warming up their vocal cords (or chords).] 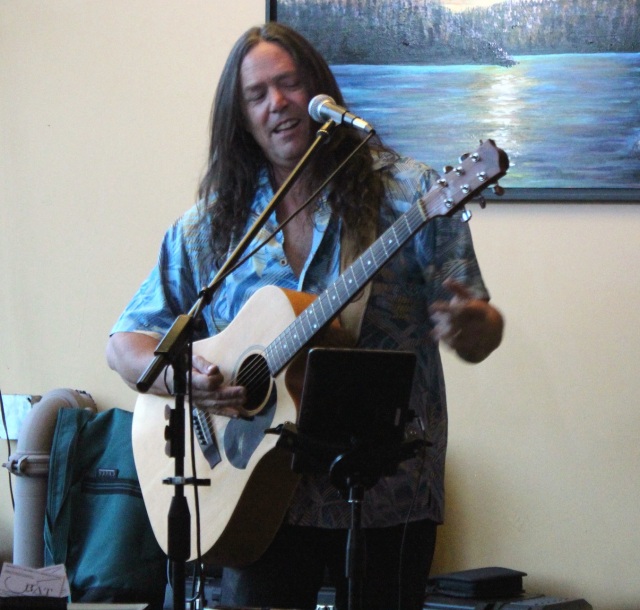 [On this evening, unfortunately, the foreground chair became the object of camera focus during the videos.  I took several others over the weekend – if you are so inclined they can be found on YouTube by searching “BAT.”] 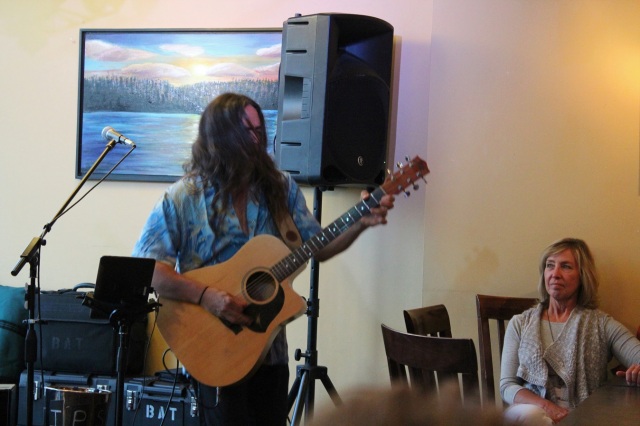 [If you are unfamiliar with BAT, his goes on, non-stop, for the entire performance, whether it be 3 or 4 hours.] 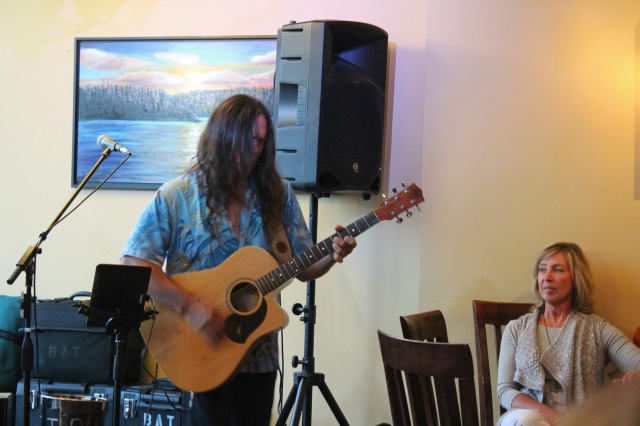 [Unabashed BAT fans ( is the opposite of unabashed, bashed?)]

[Vick making sure everyone is behaving themselves.] 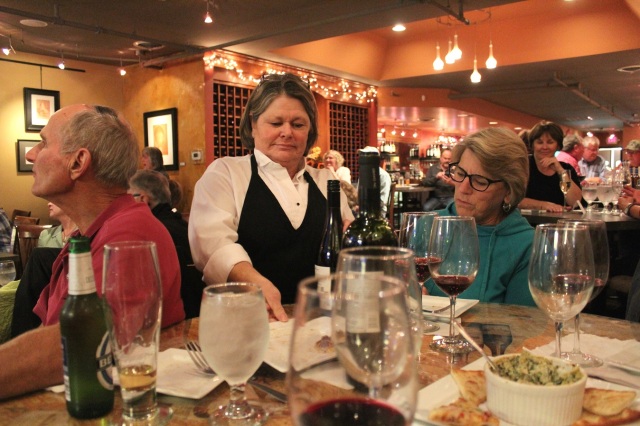 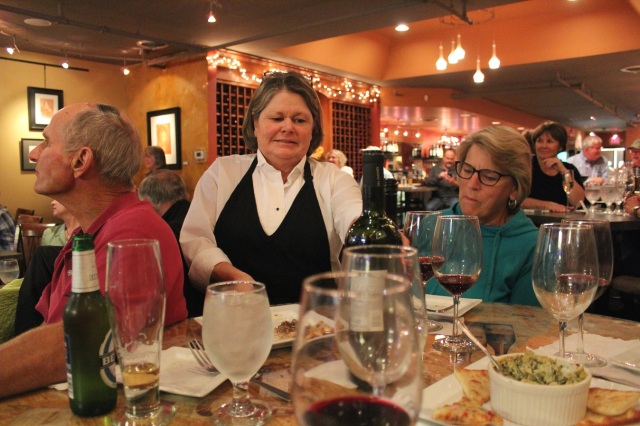 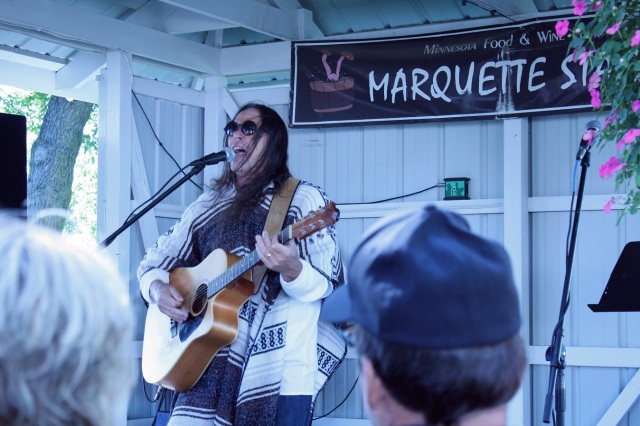 [Enough of a breeze to make it serape weather for a native of the American Southwest.] 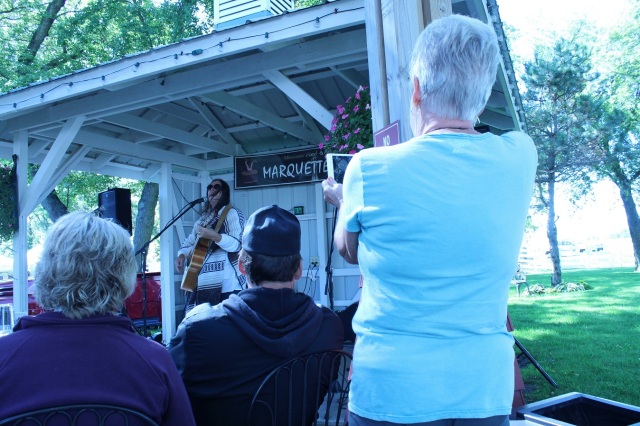 [Reunion with staff and emeritus of SAWA.]

[After the weather concerns of Day One, this day may have set an attendance record.  It was hard to move around any place, inside or out.] 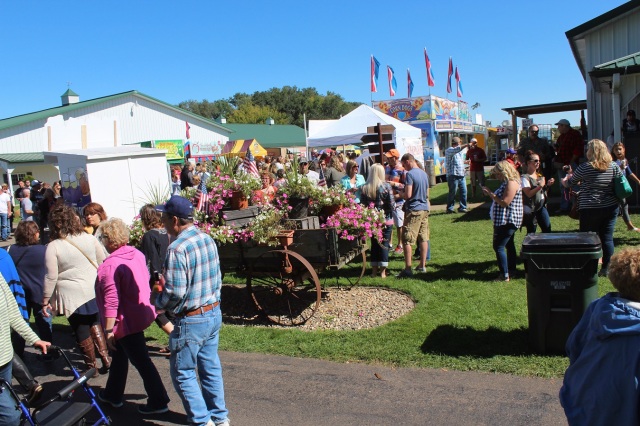 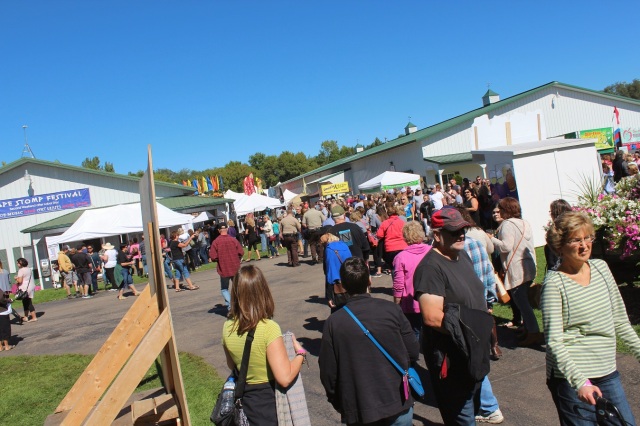 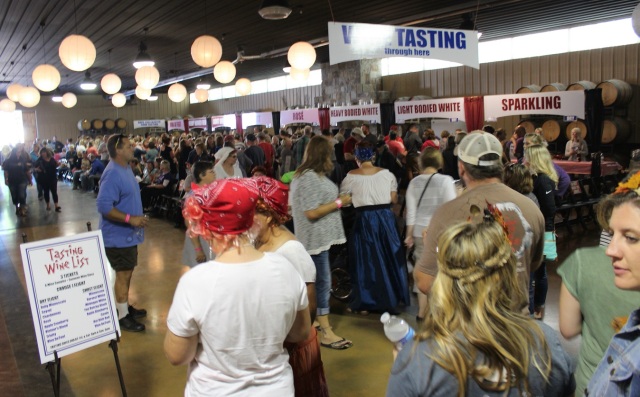 [So when we went indoors, we were happy to discover front row seats for the Cheese Bots!] 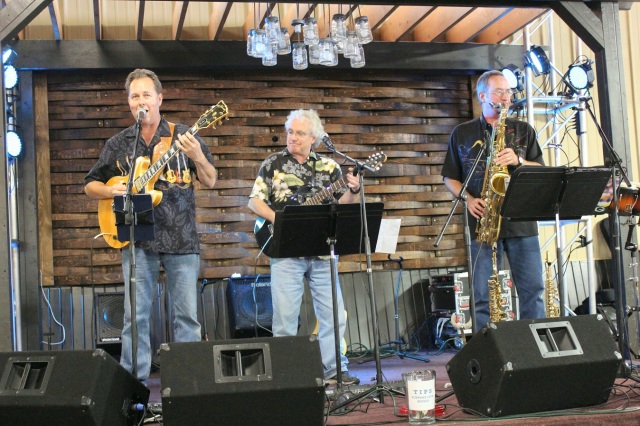 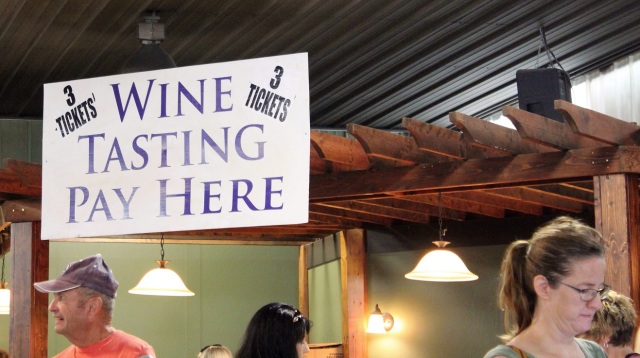 [And then back outside for BAT, again.] 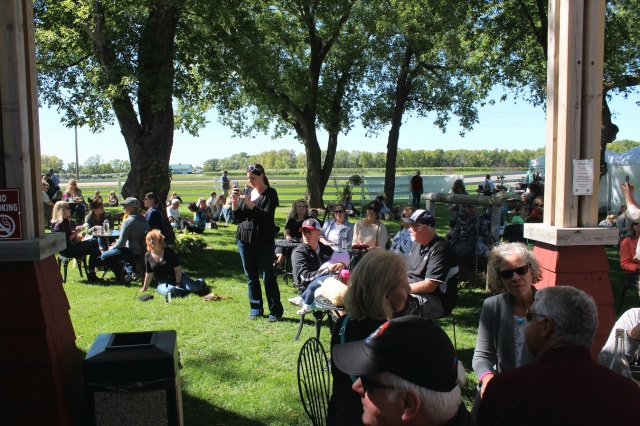 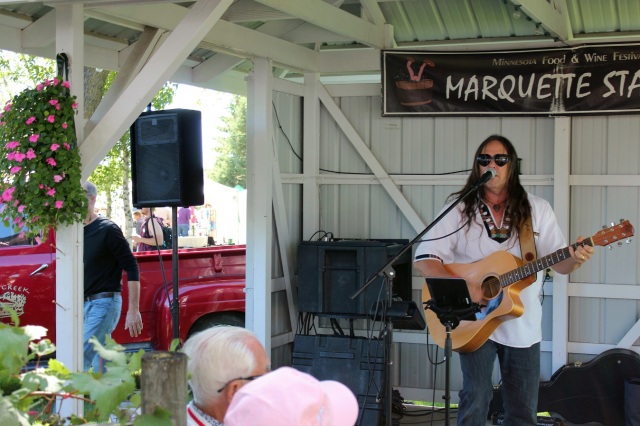 [While BAT was performing that above set, the Super went home to pick up our contributions for the following event.  She picked me up at the gate beyond the performance stage, we did a stop-in at Carlos Town Hall for Bill Malvin’s 90th birthday party (he’s still going strong), and then arrived here, in advance of thousands of friends and acquaintances.] 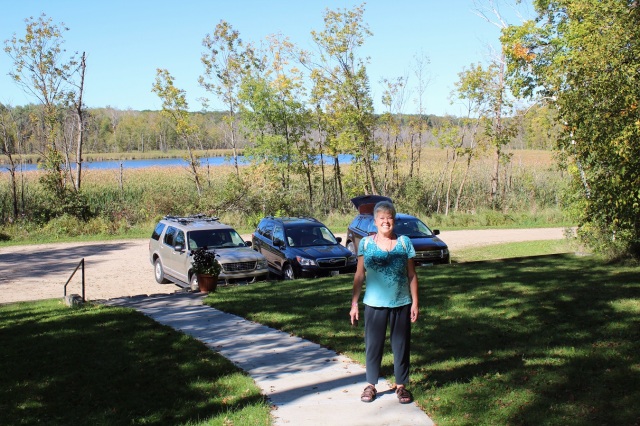 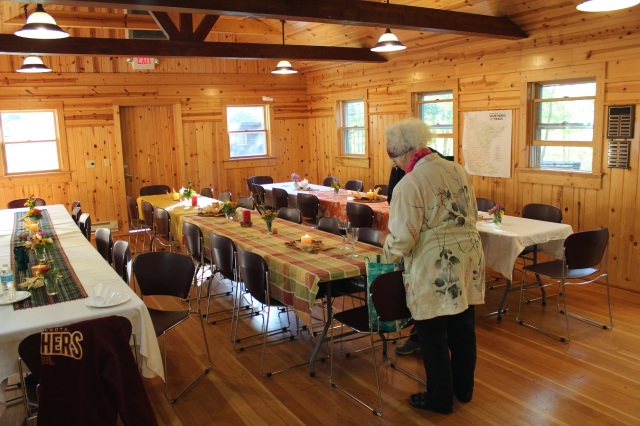 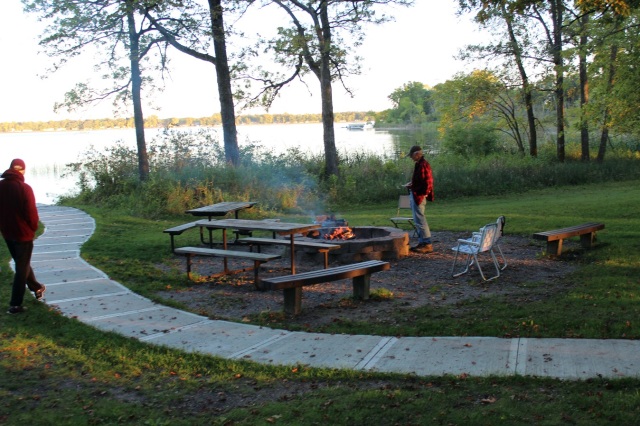 [How ’bout a sunset pontoon ride?] 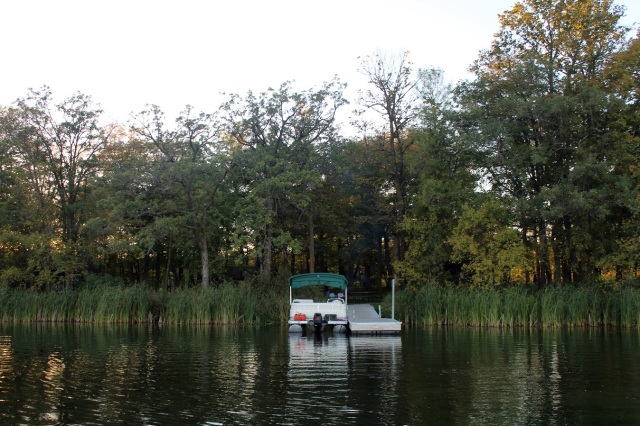 [A gorgeous night to be on the lake.] 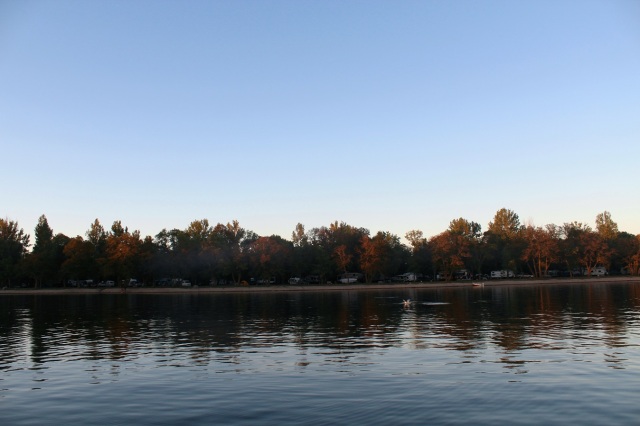 [The midwife and the professor . . . sounds like a PBS series?]

[As the sun sinks swiftly in the west, thanks again to Paul and Deb for the ride.] 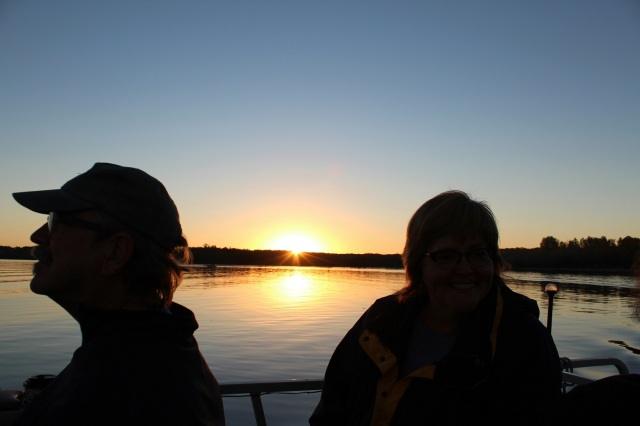 [Yes, Dave, you’re on camera.  The kumbaya moments were kept to a minimum.]

[And then it happened.  A beautiful rendition of the harvest moon over Lake Carlos!] 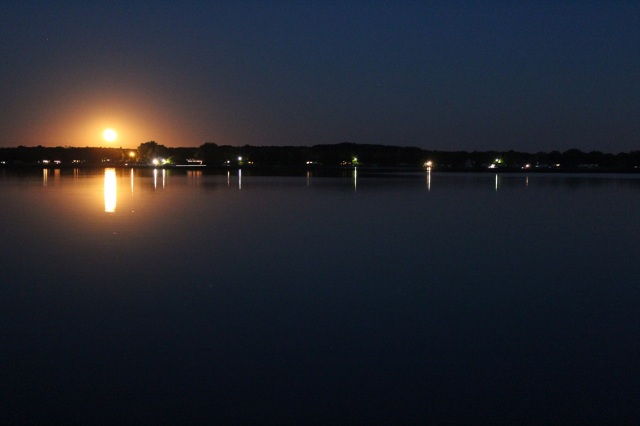 [We were among the Magnificent Seven who did the overnight.  Those who didn’t missed Dave’s pancakes, with the Anderson’s home-produced maple syrup, in the morning!] 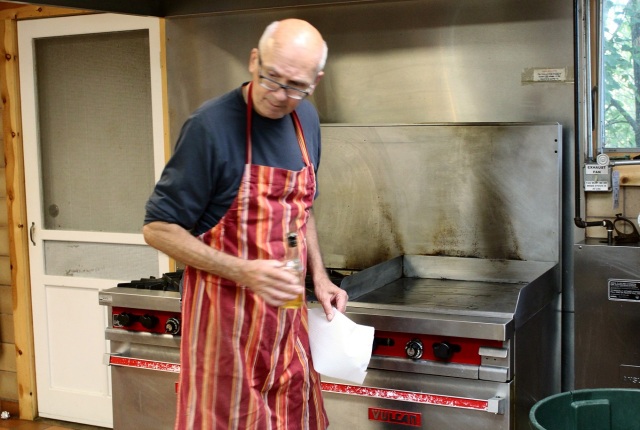 [The Super checked her recipe book to make sure Dave was doing it right!]

[After clean-up, it was home to get ready for the last day of the Stomp.  Many thanks again to Alice and Dave for hosting the affair.  To the best of my knowledge, few laws or customs broken.] 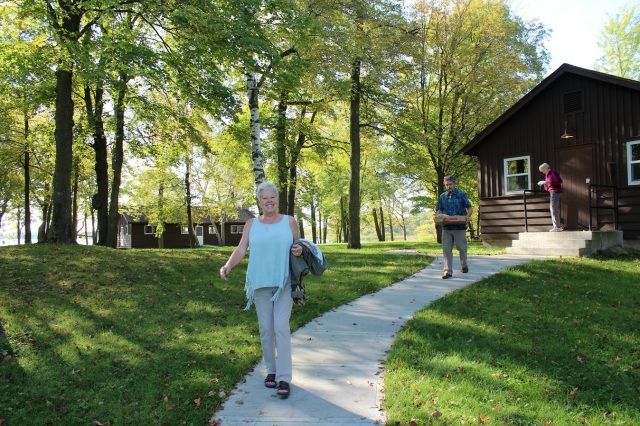 [I posted two covers of Steve Perry here.  Again several others are on YouTube.]

[Needless to say, he was totally spent at the end of the weekend.  But what performances he gives!] 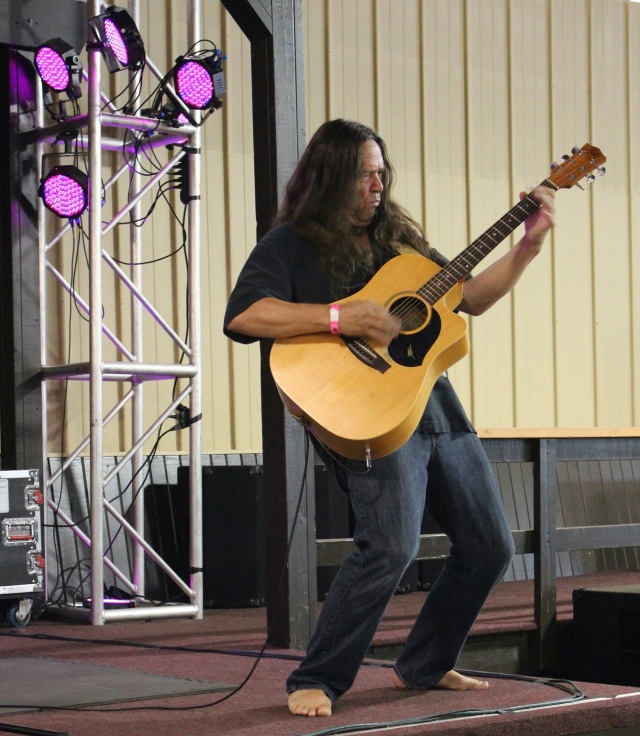 [Josie was outside at the same time.  We’d planned on moving back and forth, but I think we were pretty spent too.  We got to visit with her before she started . . . ]

[She had been invited to perform before our assembled masses at the state park the night before, but she is in rehearsals.  She has the lead role in Footloose, the high school play in November.  So she has rehearsals from 6 – 9 every night, in addition to being on the tennis team, in student council, et al.  And we thought we were pooped out?] 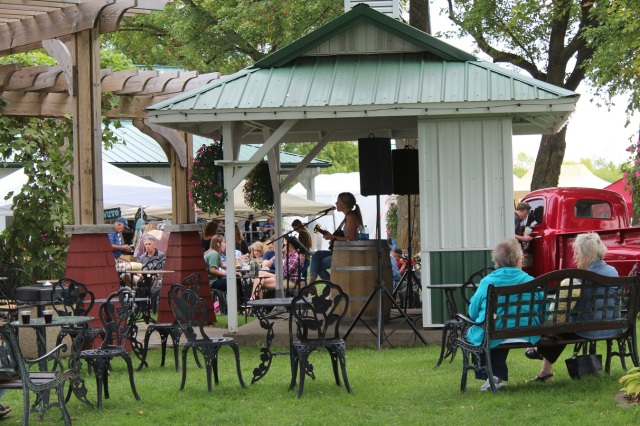 [Though on the last day everything begins to peter out about 2:00.] 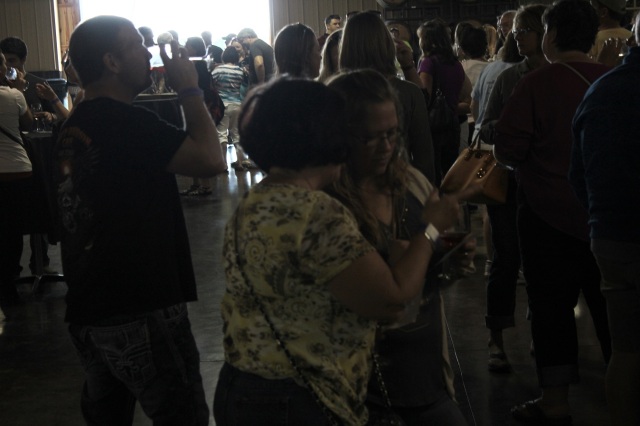 [So long Grape Stomp – until next year!] 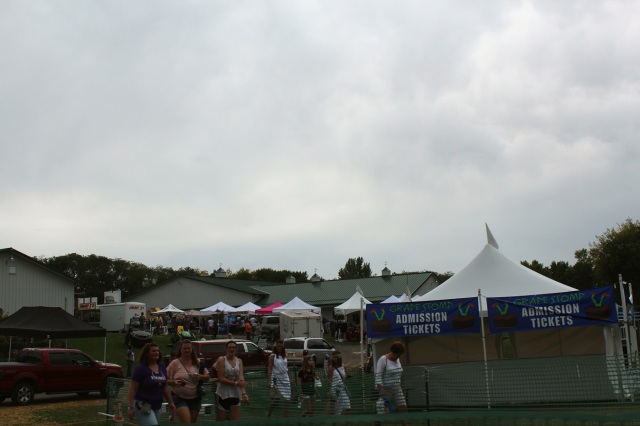 [The next day, the Boys of ’65 had their monthly luncheon together.] 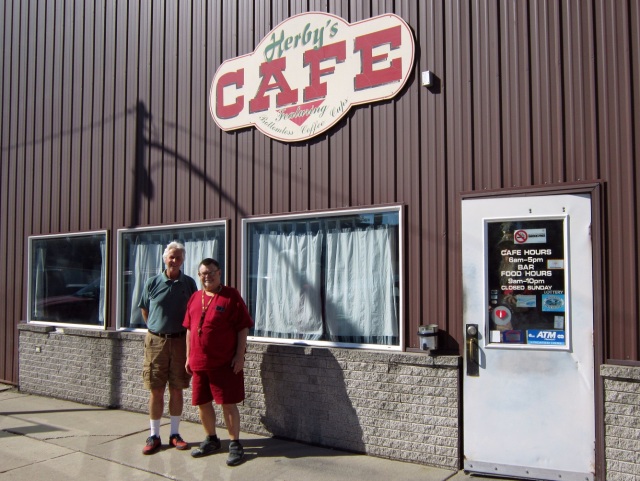 [Greg picks the town and restaurant, then drives up from Burnsville to execute the plan.]

[This time it was Herby’s in Carlos for the broasted chicken.]

Men are like fine wine. They all start out like grapes and it’s our job to stomp on them and keep them in the dark until they mature into something you’d like to have dinner with. ~  Lauren Reid