A confluence of events led to four book signings in four days.  Well, actually I just like to use the word “confluence.”  I also happen to believe writing is one of the most important occupations on the planet . . . at least the equivalent of teaching and women’s hockey.  All stories about writers begin, as they must, at Cossetta’s.  OK, we were staying at the hotel at the other end of the block.  We drove down to the Cities on this morning to pick up the Super’s sister Rita, who was coming in from Nashville, Indiana, by Megabus.  Her arrival, at 8:30 AM, gave us lots of time to consider tourista stuff as we had planned on being in St. Paul that night anyway, to see Carl Hiaasen at MPR’s Talking Volumes at the Fitzgerald Theater.

[Photo on loan from the internet.]

[We visit this area annually, or at least when our girls’ hockey team makes the state tournament . . . yes, annually.  The urban renewal taking place across the street from Cossetta’s caught us by surprise.]

[We stayed at the Holiday Inn, kitty-corner from the XCel Center where the Minnesota Wild (and the Alexandria Cardinal girls) play hockey, and this was just a walk with The Biddies to the other end of the block to Cossetta’s.]

[We arrived before the restaurant opened for lunch . . . ] 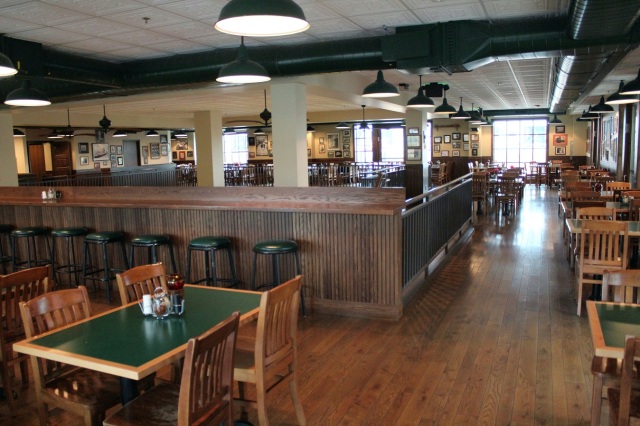 [But we were just looking for a la carte breakfasts.] 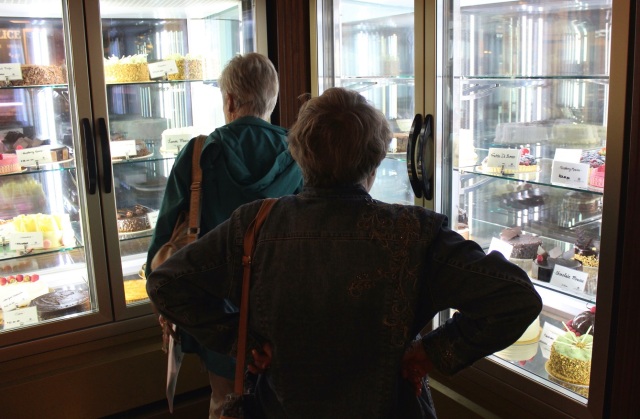 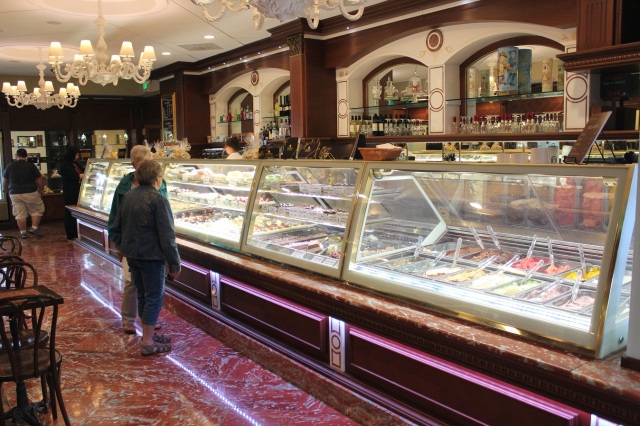 [We thought Cossetta’s was important for Rita’s understanding of St. Paul.] 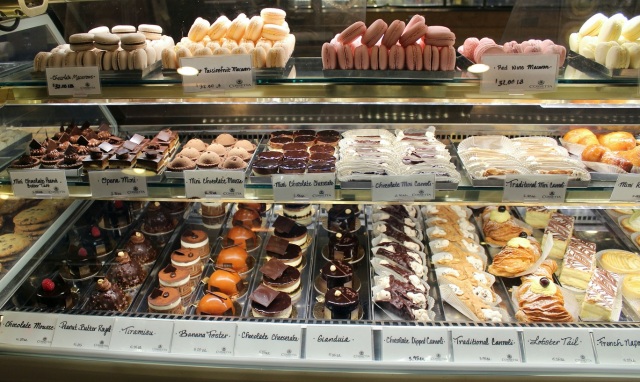 [We all behaved and settled for small quiches.] 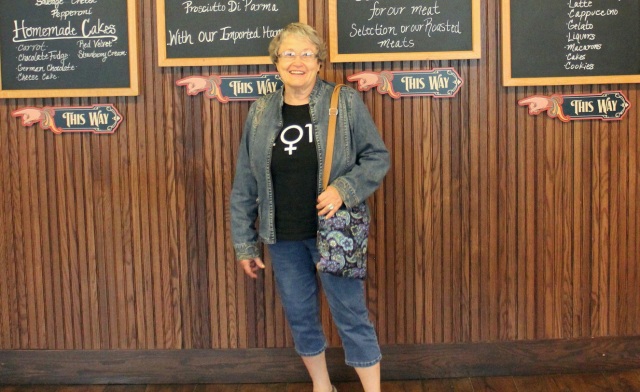 [After breakfast, our hotel room was available.  The X was out our window.]

[And then we went up the exterior glass elevator for an overview of our immediate vicinity.]

[The gray building (construction material) in the far right background is the Science Museum of Minnesota.  That would be our next destination.] 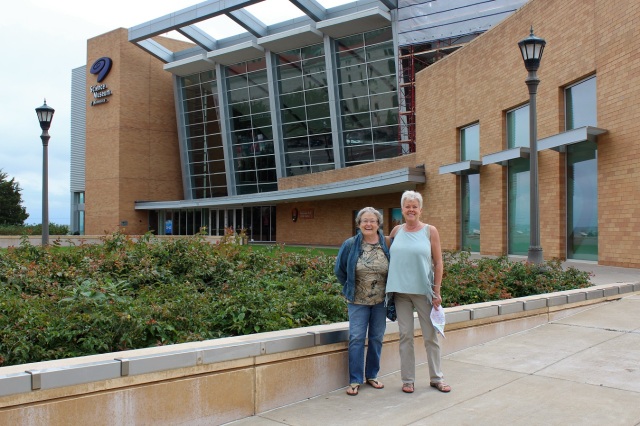 [Showboat on the Mississippi.  Gray, rain was predicted for most of the day.]

[The Biddies and their hippie cross-country van.] 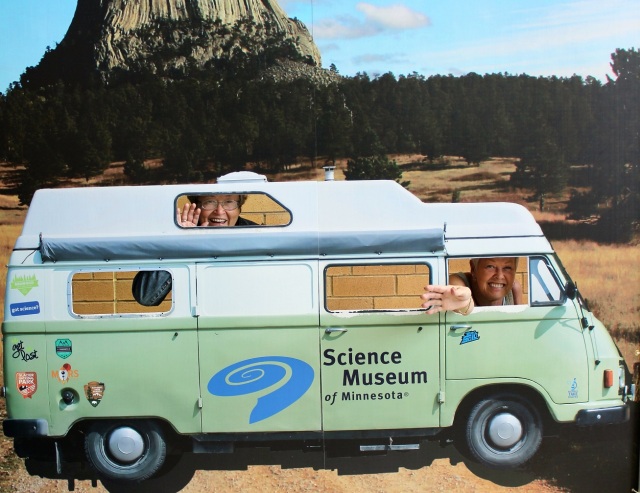 [Emerging from the IMAX movie about our national parks.  A block down the street out the window is our next destination, Rice Park.] 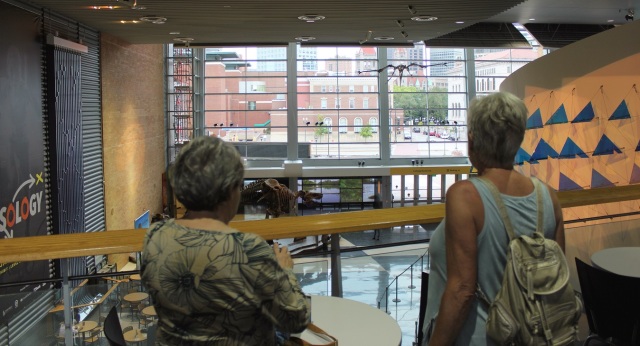 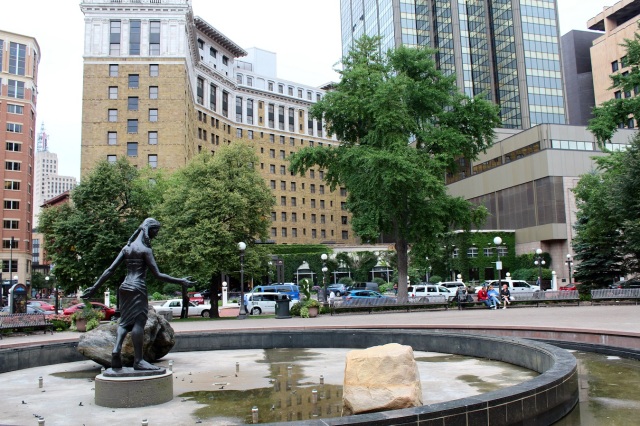 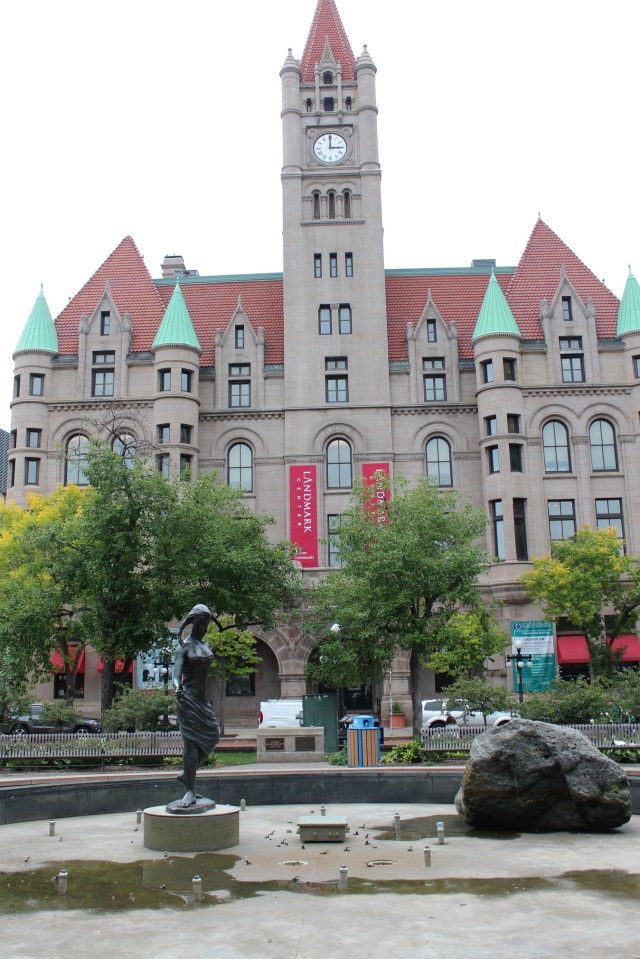 [Charles Schulz, of course, is from St. Paul.]

[Late lunch, early dinner.  Actually, the dining room wasn’t open yet – we dined in the bar.  Fish and chips for the ladies; chicken pot pie (‘the original’) for me.] 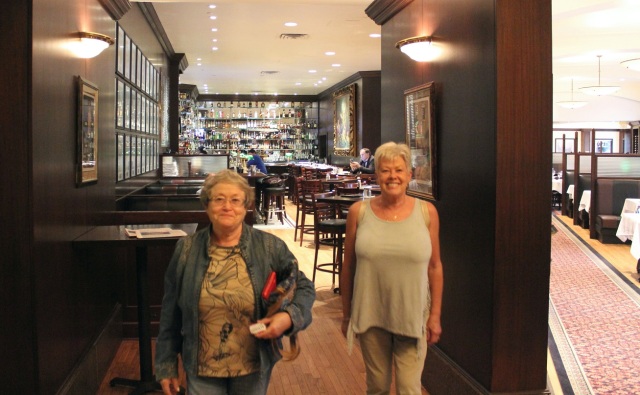 [On the walk back to the hotel, Reetz meets Herbie!] 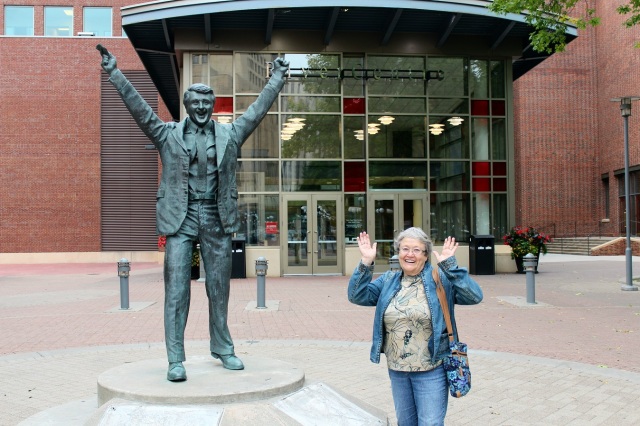 [The hotel shuttled us to the Fitz.  It’s a short walk, but the storm that would drop 10 inches of rain on the northwest suburbs that evening was nigh.] 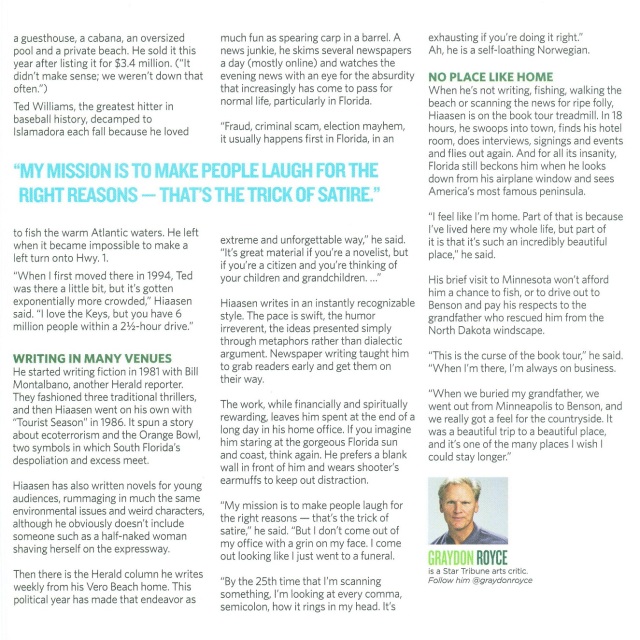 [The view from the cheap seats.  I asked if we got free champagne up here?] 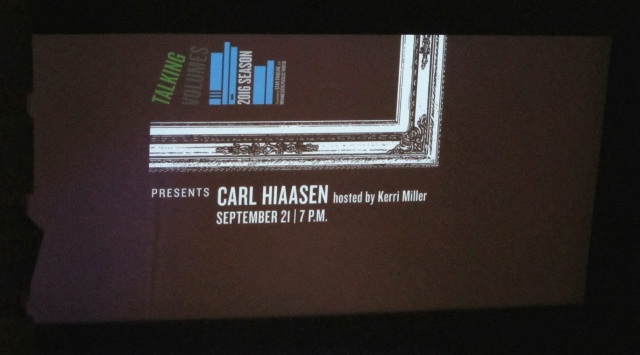 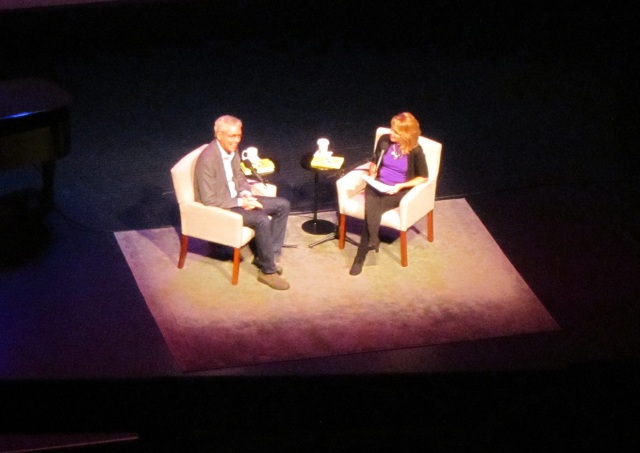 [The Bellows performed twice after a couple of Hiaasen readings from his book.  I did not know them – they were very good.]

[Thunder claps rattled the theater a couple of times.  There was a downpour going on at the end of show.  Thus, I did not mind standing in a long line for a book signing.  Reetz found a comfortable place to catch up on social media.] 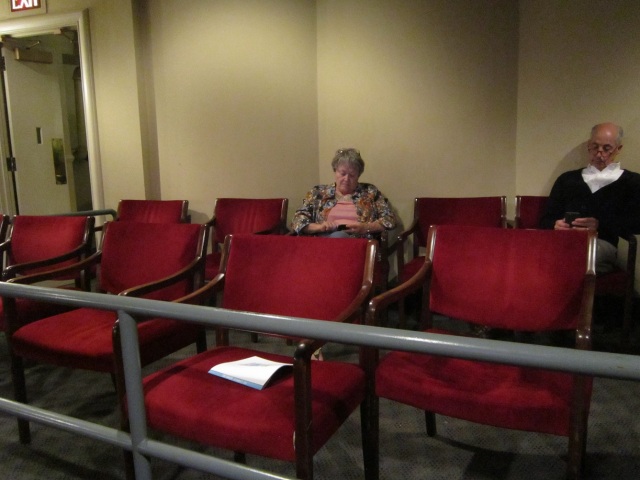 [The view from the stage – we were way up there on the right.] 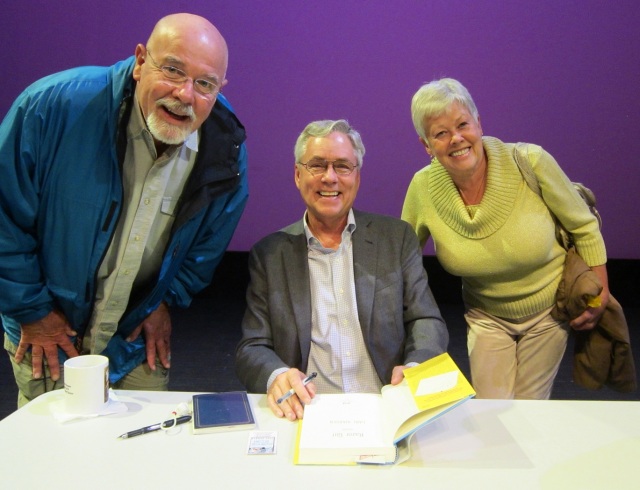 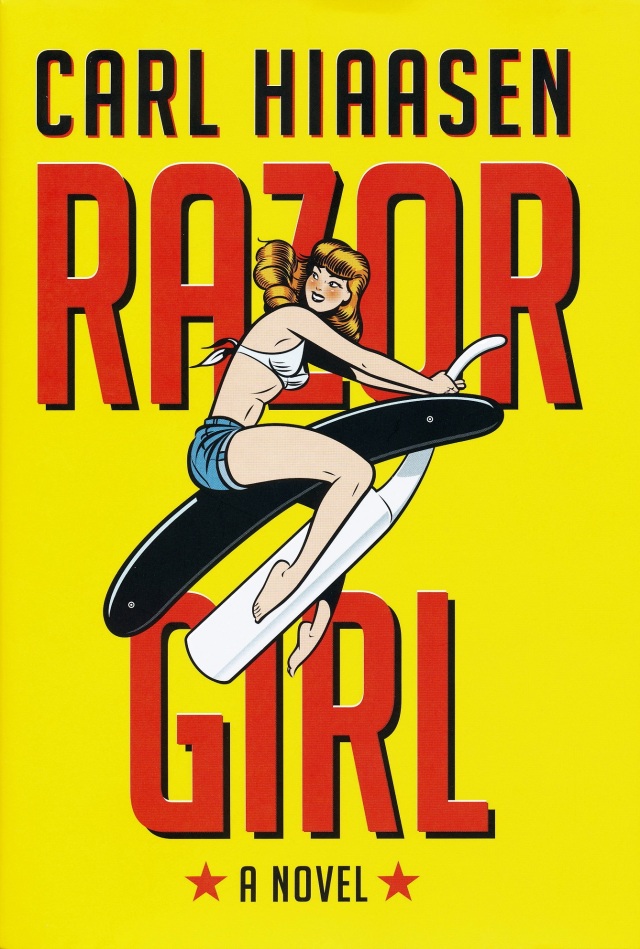 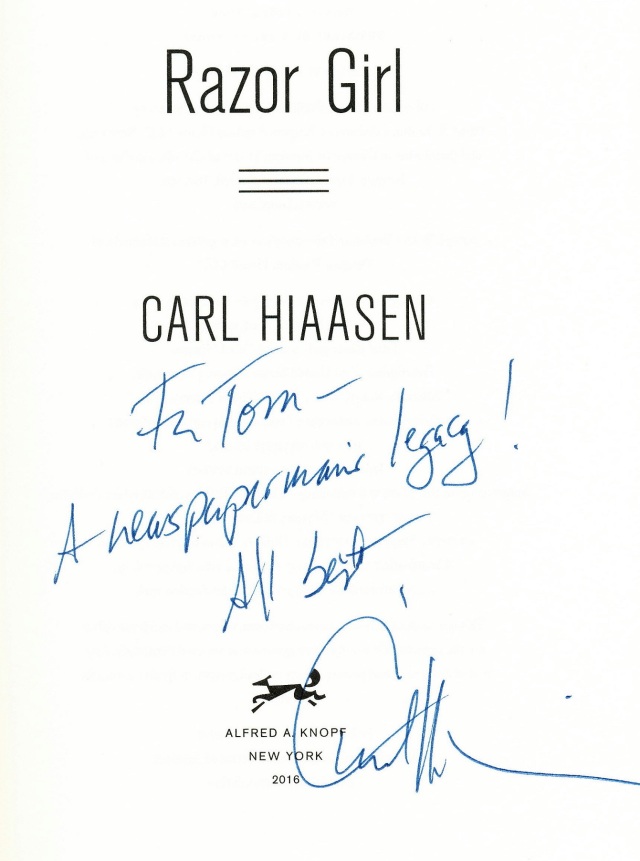 [The end of the line after I’d finished.  It had originally stretched all the way to the lobby.  Worked out great, it was just drizzling when the shuttle picked us up.]

[How can Reetz come to Alex and not go to SAWA?]

[Yes, it’s The Biddies, but in the background is my brother Cam’s twin brother.  Isn’t it?]

[Oh yeah, Annie, Erik, and Tom, a/k/a/ The Salty Dogs, were the entertainment.]

[Well, we couldn’t have a day without acknowledging writing.  So, let’s have some fun with writing memes and cartoons the rest of the way!] 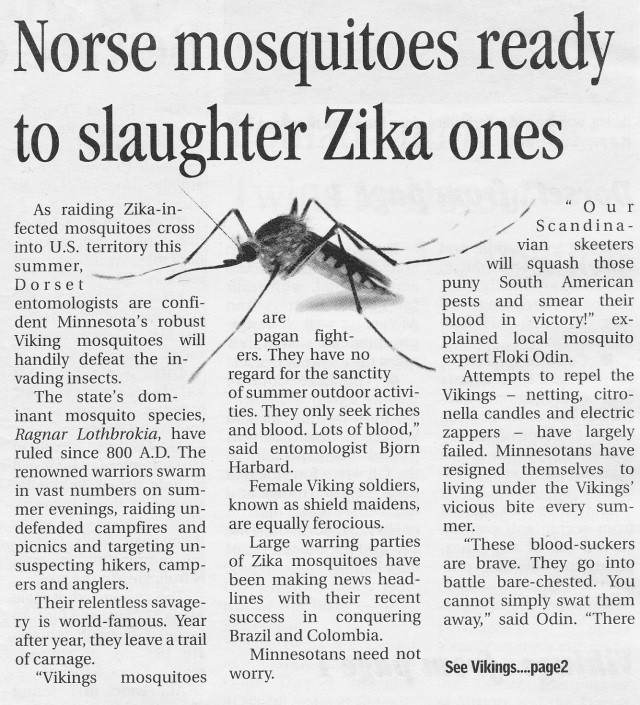 [The last three author signings were at Cherry Street Books.  Well, two were and I guessed right on the third.]

[Full house in the book store – biggest crowd I’ve seen there.  I had to shoot over heads to get Jess.  Kent Krueger was just to her left, out of sight for me.]

[Probably hadn’t seen Jess for a year.  We got a chance to chat for a bit, but both authors were in demand from the assembled masses.] 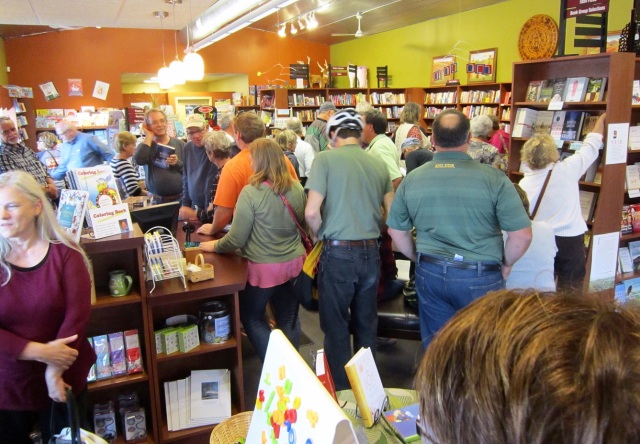 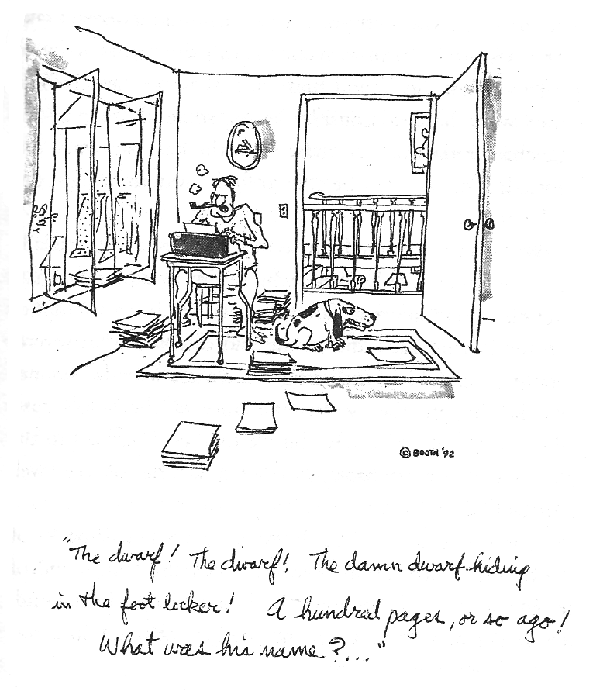 [I’m just starting.  Jami read it in a couple days – said she couldn’t put it down.]

[The cartoon would suit a Jess murder-by-month mystery better.  😉  ] 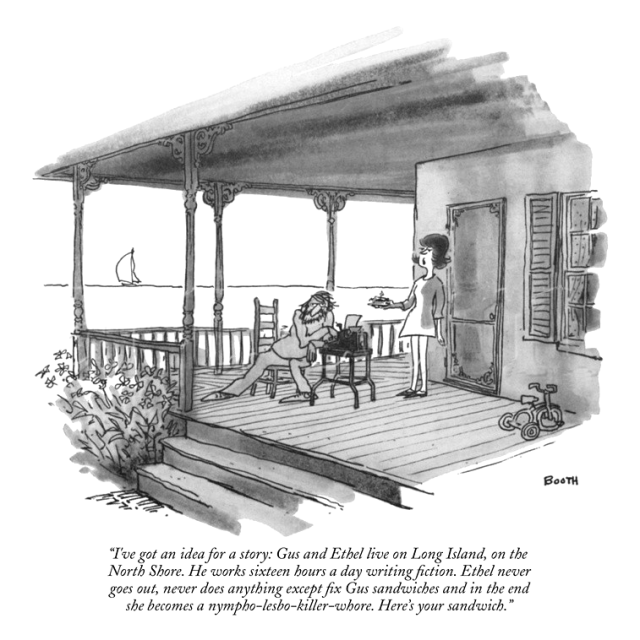 [And I believe I’ve been to all his signings in Alex.]

[You can never go wrong with a Dorothy Parker quote.] 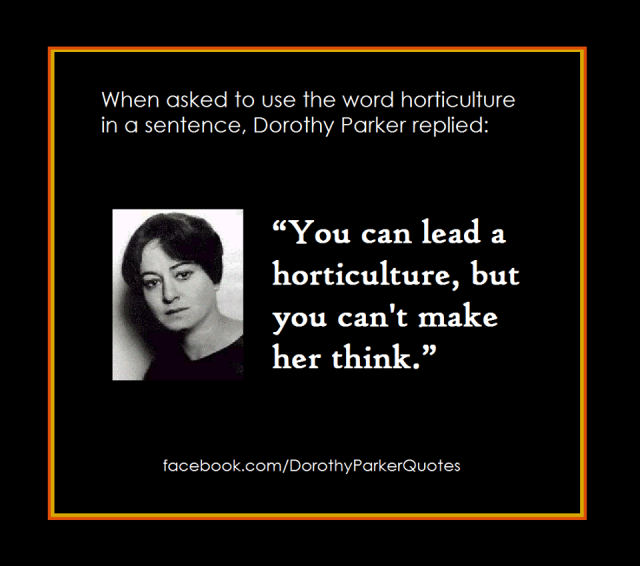 [I brought Mike’s book along in case he was going to be there.  He was!  We missed his own signing day when we were out of town.] 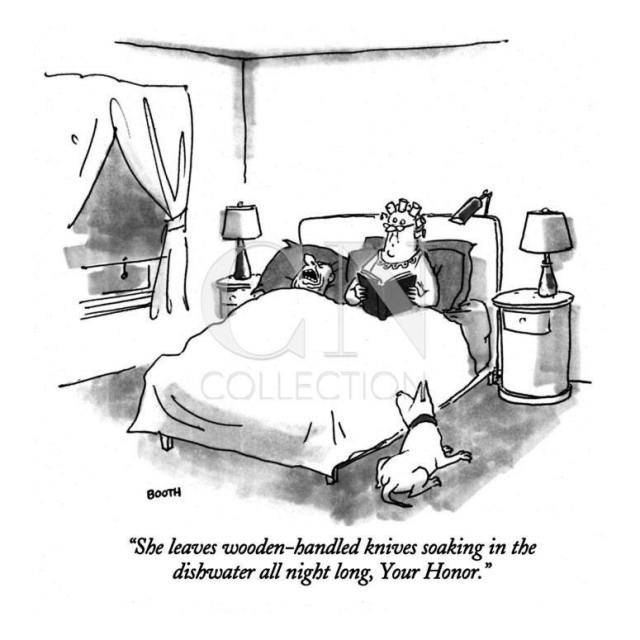 [Though Mike is now an Alexandrian, he wrote this book when he was living in Cairo.]

[My agent re this blog.  Oh well, just keep supporting your local independent book stores – and thanks again to Cherry Street, and Jess, Kent, and Mike.]

Don’t bother discussing sex with small children.  They rarely have anything to add.  ~  Fran Lebowitz

Up Next:  Maybe Europe?