[Roooggggg and Brother Cam laid “waist” to Bello Cucina pasta that night. Rog comes to Minnesota from Arlington, Virginia, once a year for one week where he and Cam perform as a 2-man locust swarm devouring restaurant fare all over the state. BTW, when asked if we had any questions, our server, Morgan, did not know the capital of Burkina Faso. She did, however, promise to remember Ouagadougou in the future.] 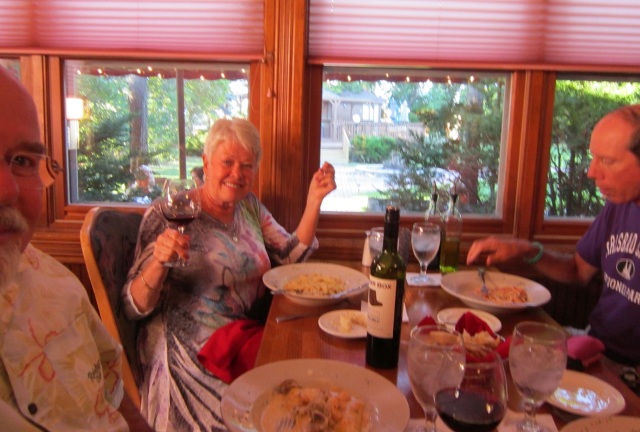 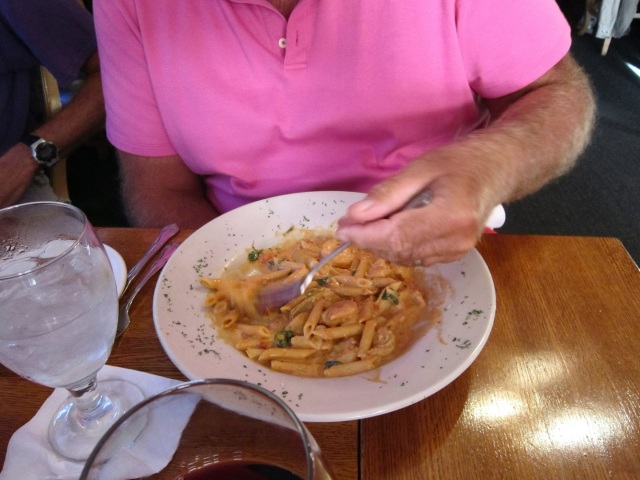 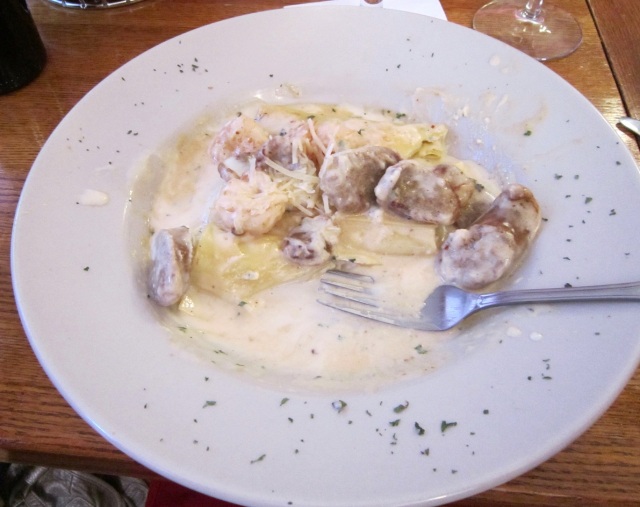 [The day before. Posing with the stack of goodies sent by sister-in-law Rita!]

[And then out the to the winery for the Cheese Bots.  A bit windy for videos.]

September 4  [The birth day, in St. Barnabas Hospital (long ago razed) in Minneapolis in 1947.  The temperature was allegedly over 100.]

[My first game ever at the “new” (now 5-6 years old?) Twins stadium.  I said I’d never go until they fielded a major league team – they still haven’t, but time is probably running out for me.  Posing here with Hall of Famer, Mr. Carew, from the good ole days.] 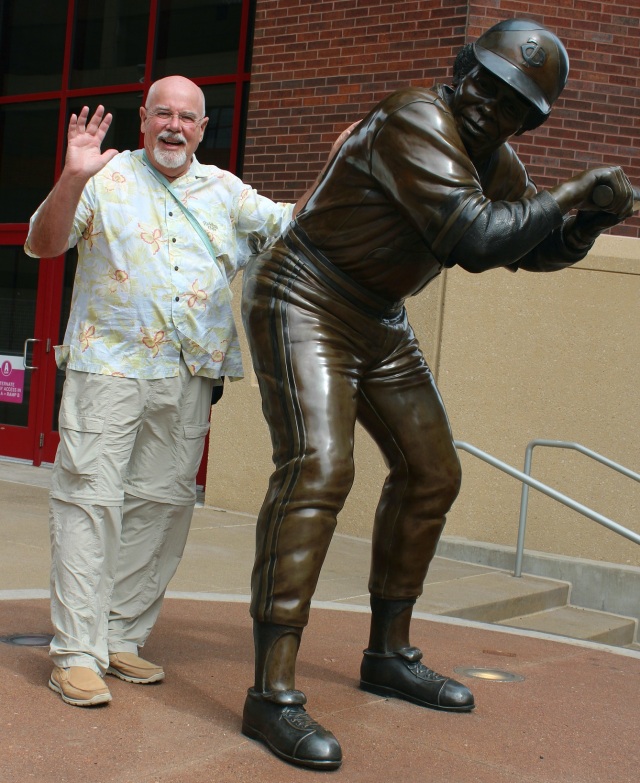 [Target Field . . . along and about here the Super snagged two ducats from a scalper.  They were along the right field line – usually $42, she got ’em for $30 each.  Twins tickets are not in demand.]

[TC Bear (the ‘TC’ stands for Twin Cities, of course)] 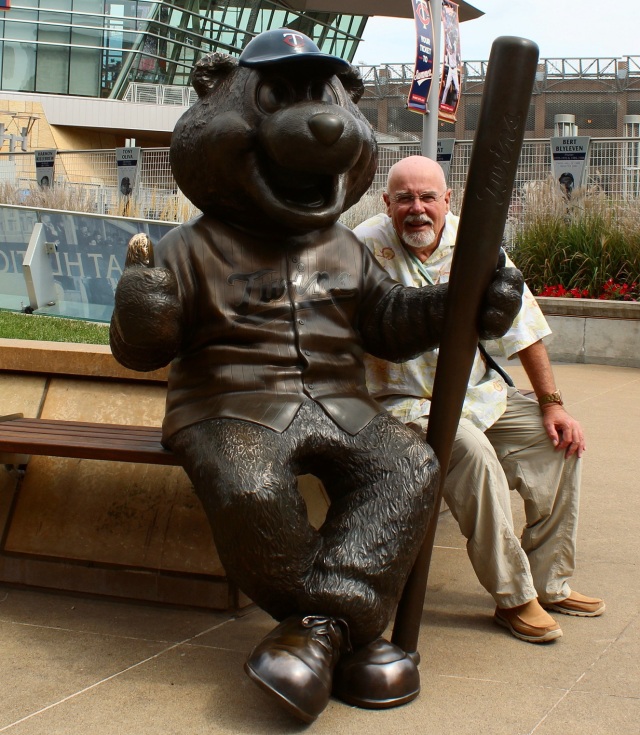 [Target Center over the right field fence.  We would be going there in the evening for a Lynx game.]

[Super on the concourse.]

[And our first sighting of the field.  It was mostly a gray, sticky day.]

[A bit of the Mpls skyline as we walked around.] 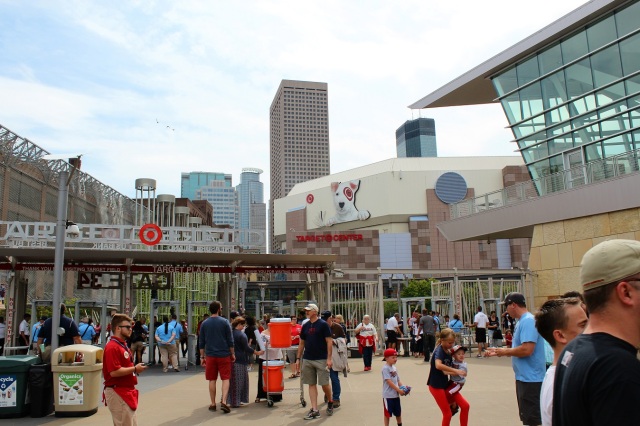 [‘Black’ Jack Morris, an all-timer who should be in the Hall of Fame, is now a Twins broadcaster.] 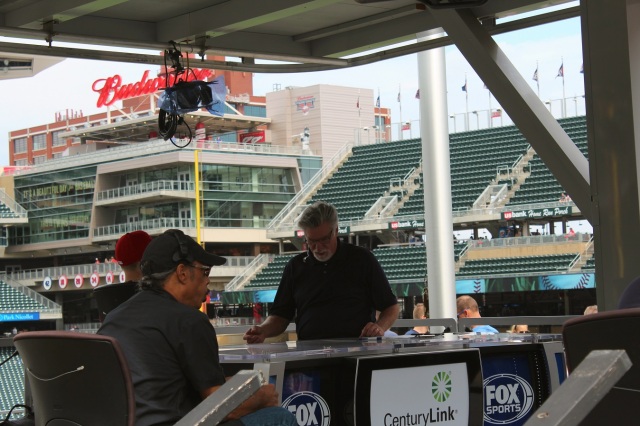 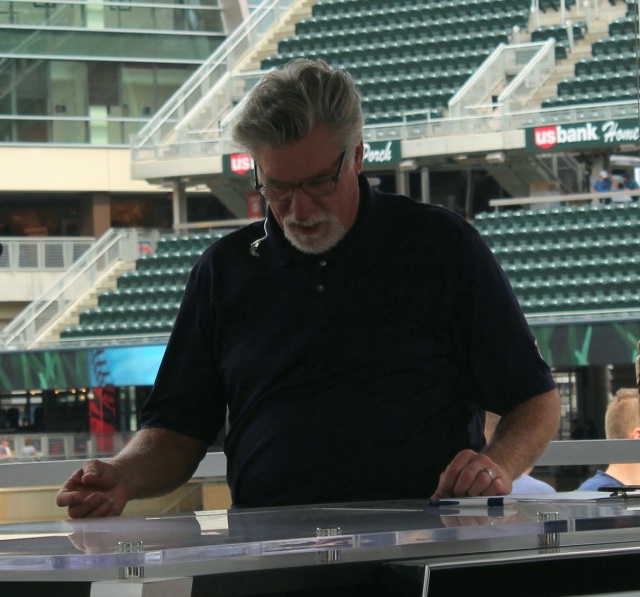 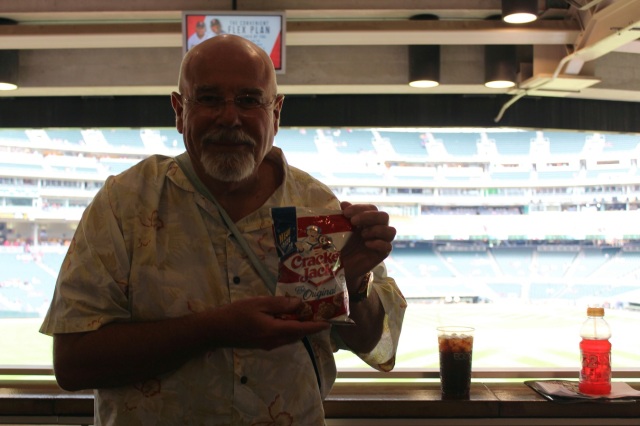 [Yes, a lot of fans come disguised as empty seats for the worst team in baseball.] 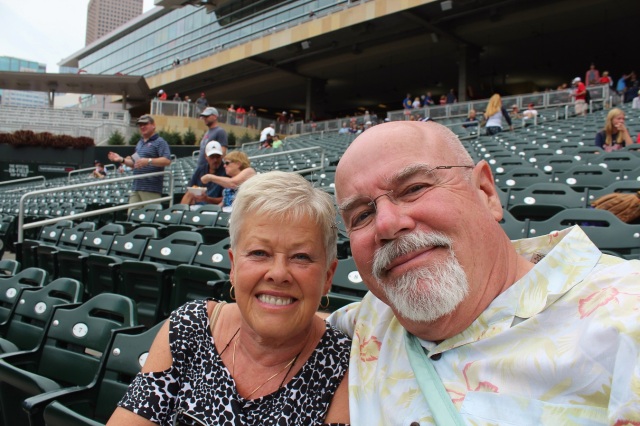 [Students from the state’s 37 colleges and universities behind home plate, as rookie outfielders Byron Buxton (centerfield) and Max Kepler (rightfield) go out to stretch.]

[Kepler, the player; Dozier and Sano jerseys on fans.  I noticed a lot of fans wore Twins jerseys, most for players from long ago good teams.]

[Buxton, long-awaited phenom up for about his 4th try at the major league level.] 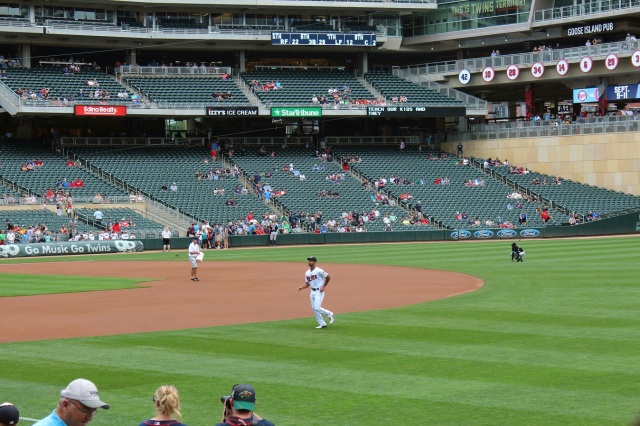 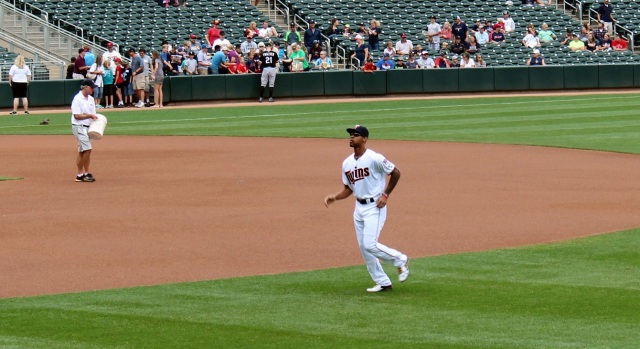 [Somehow appropriate that the only photos I got were of these two guys.  Then my camera battery went dead – and I forgot to bring a spare.  So I went the entire game, the dining afterwards, and the Lynx game unable to take any photos of the BIG DAY!  Arrggghhhh!

[Kepler got the program cover.  And he got cover-itis.  A nice single his first at bat, then he struck out 5 times, tying a team record.]

[It was a typical Twins game.  After an inning and a half, the White Sox were ahead 4 – 0. We had committed 3 errors (should have been 4) and had a wild pitch.  Then in the bottom of that inning, the aforementioned Mr. Buxton hit his first major league grand slam and the game was tied.  Before you knew, the Twins were ahead 9 – 5.  Rookie catcher John Ryan Murphy hit his first homer as a Twin (and threw out a steal attempt), Miguel Sano hit a homer, and Brian Dozier, in the midst of an amazing power run, hit his 35th home tun (2 days later he was up to 39 and now almost sure to break the all-time season record for home tuns by a 2nd baseman).  At the end the 8th, the Super and I had seen enough – the Twins were up 9 – 8 but seemed sure to blow it (which they did in the 12th (?), losing 13 – 11) – and we were meeting Cam, Karen, and Basketball Dan for dinner before the Lynx game.] 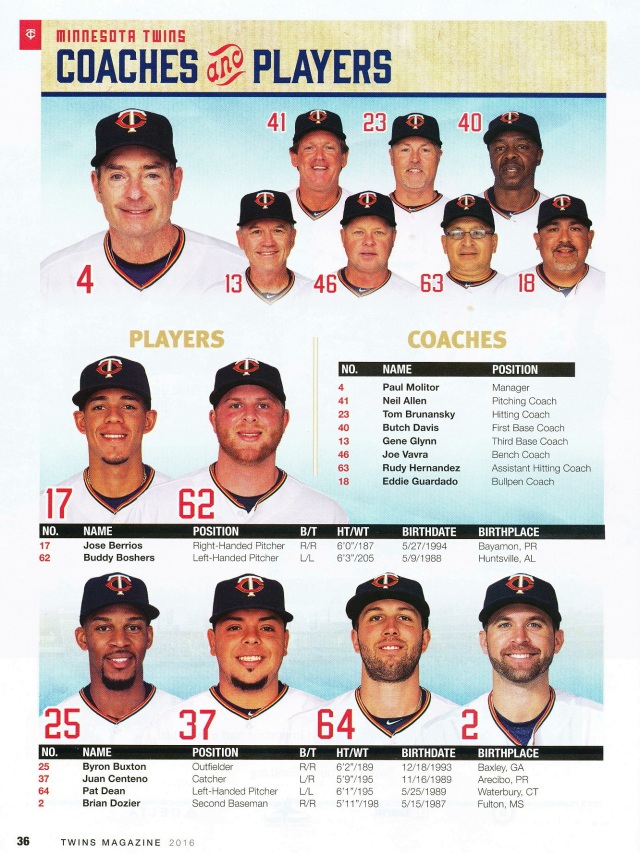 [And here we are, Union Rooftop Restaurant at 8th & Hennepin.  OK, no camera so these shots are from its website.]

[And these photos of our fine dining experience were taken by Cam.]

[Because Minneapolis is such a small town, Cam and Karen knew our waitress.  She apparently was a gymnast with their daughter Katy.  So, I mentioned to her it was my birthday and got this lovely piece of cake!]

[And then a one-block walk back to the Lynx game where we encountered Twins fans leaving that game.  The Lynx, of course, have been the one standout Minnesota team this whole decade.  So, it was worth my while to see them play.  I had never seen Lindsay Whalen play live (plans to see her as a Gopher were shattered when she shattered her wrist) and wanted to catch Maya Moore at the peak of her career.  Both had good games as the Lynx handily beat the Connecticut Sun.]

[We drove back to Alex early Labor Day morning, the ole 2010 Edge surpassing the 80,000- mile mark somewhere around Big Lake.  When we got home, we unlittered the birthday package from Rita.] 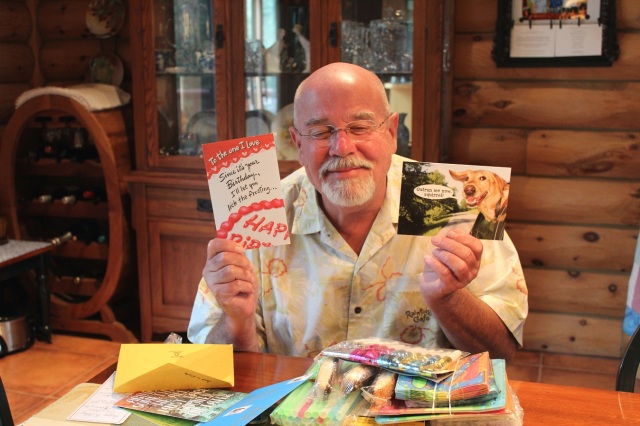 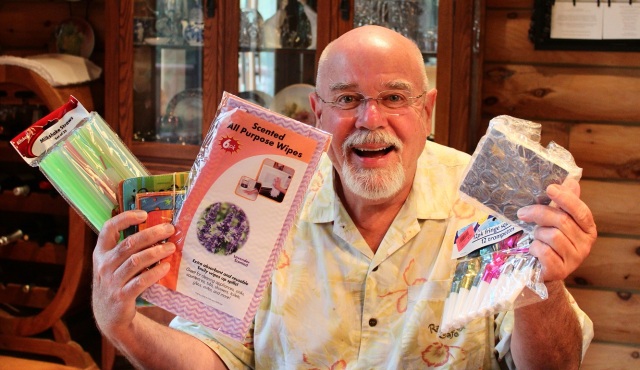 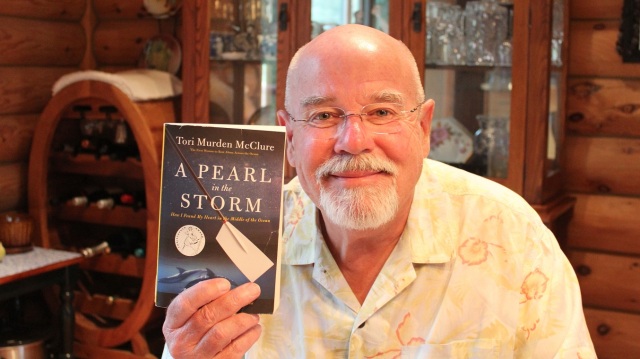 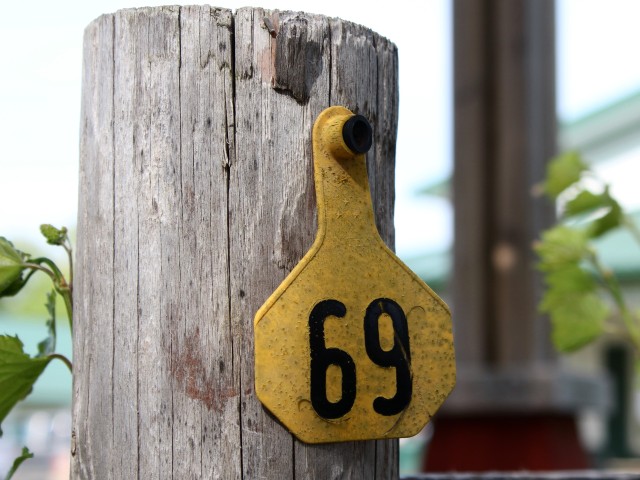 Birthdays are good for you. Statistics show that the people who have the most live the longest.  ~  By Rev. Larry Lorenzoni

Up Next: Likely Cardinal football . . .