[They kicked us out!  I guess it’s true what they say, guests, like dead fish, can begin to stink if they hang around too long.  But seriously, Jeanne and Ken were great hosts, we had a lovely time, but more of their family were arriving on this day (well, at least that’s what they told us?  😉  ).  So, we hit the road north . . .] 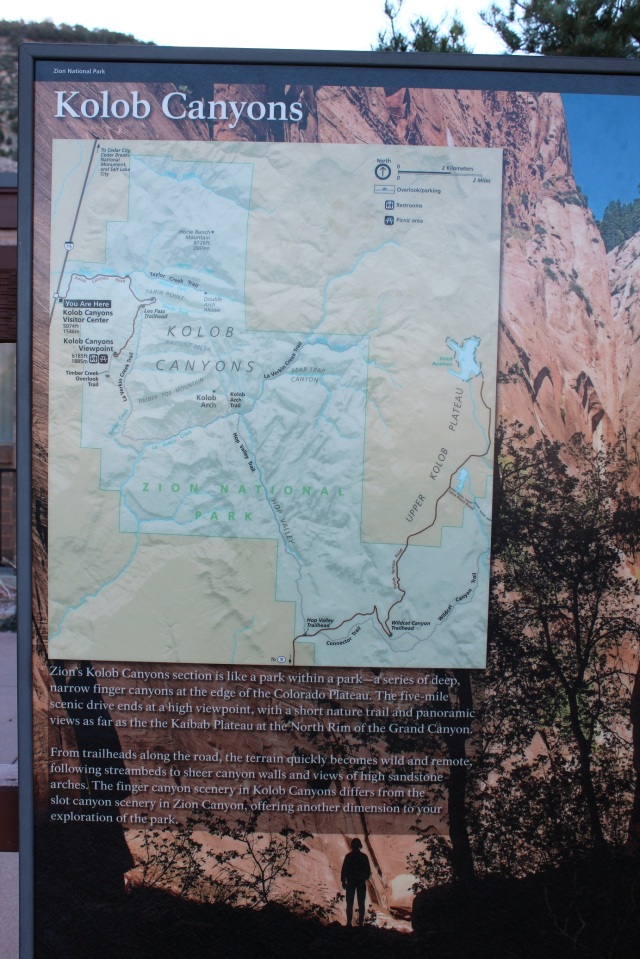 [This was our first stop up I-15.  It’s actually the northern extension of Zion.  The ranger told us it’s actually better to drive through here in the afternoon because of the lighting. Boy, was he right – but we didn’t have an option.] 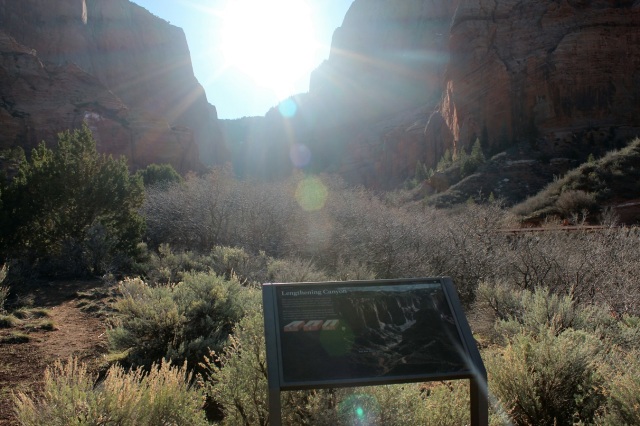 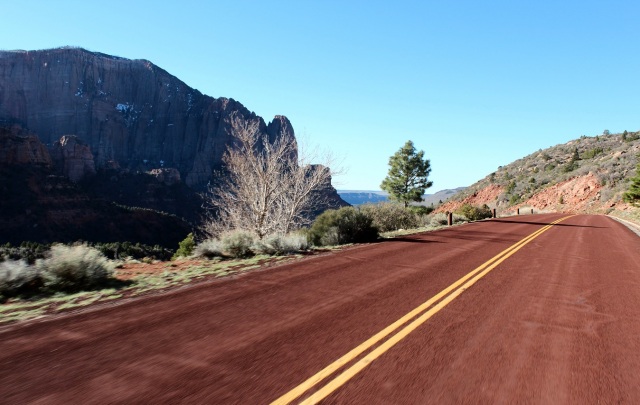 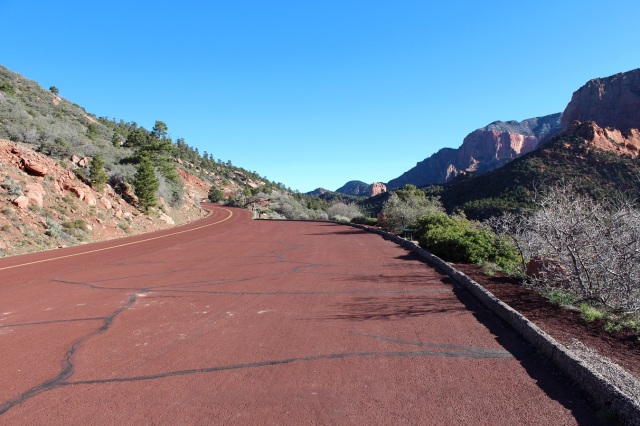 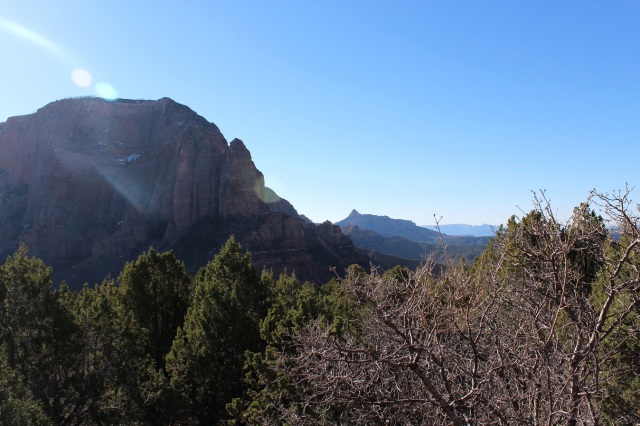 [I found it somewhat amazing that after all this time in the West we didn’t know a single person at this overlook?  😉   ] 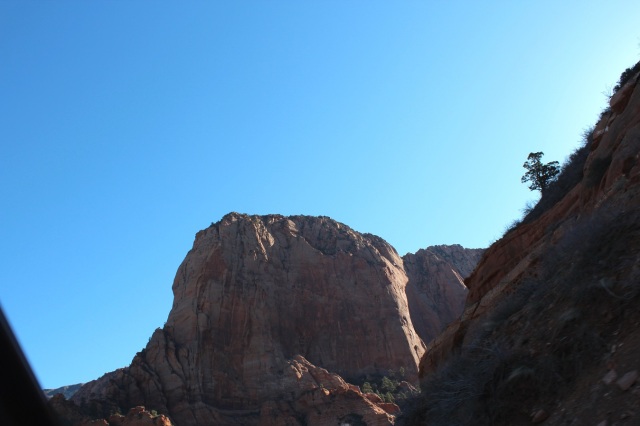 [To a quick stop at Cedar City, home of Southern Utah University and the Utah Shakespeare Festival.] 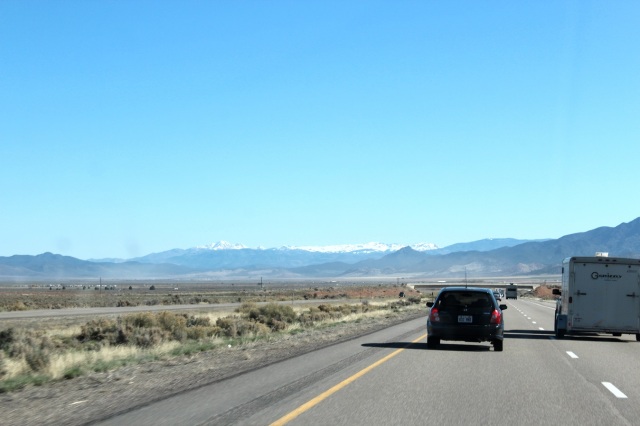 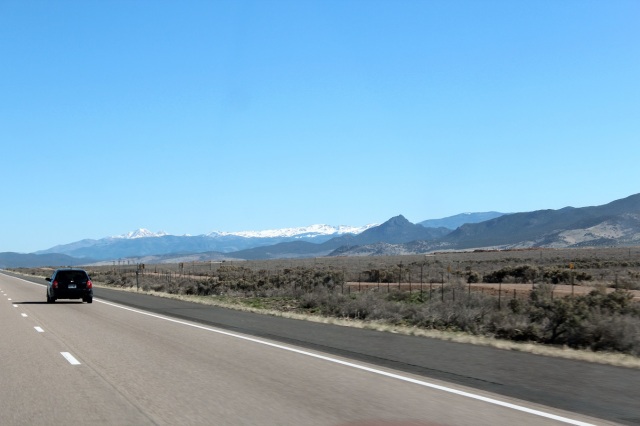 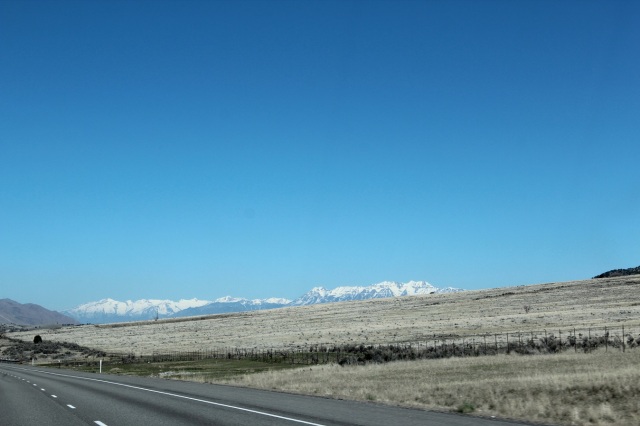 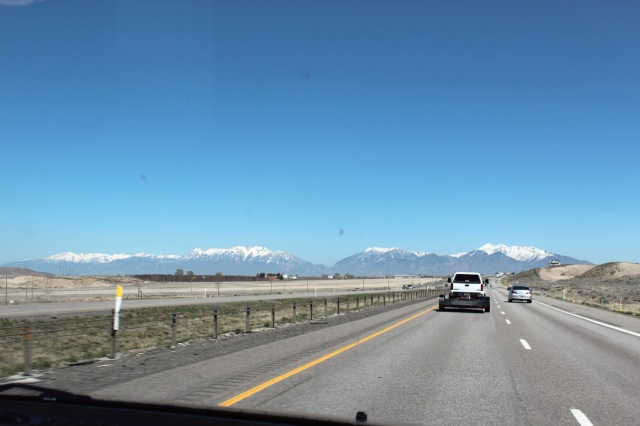 [In case you hadn’t noticed, out of Cedar City we’re heading toward snow-capped mountains and Provo.]

[I shot out the side window for a while until we hit the mountainside “Y.”  If you can identify what the “Y” stands for you win a dry roasted lightly salted peanut.] 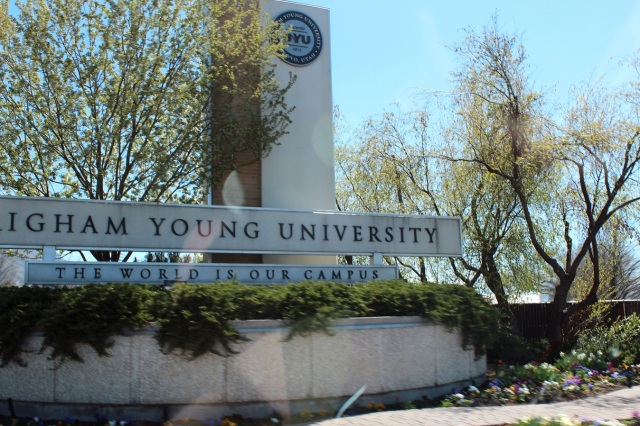 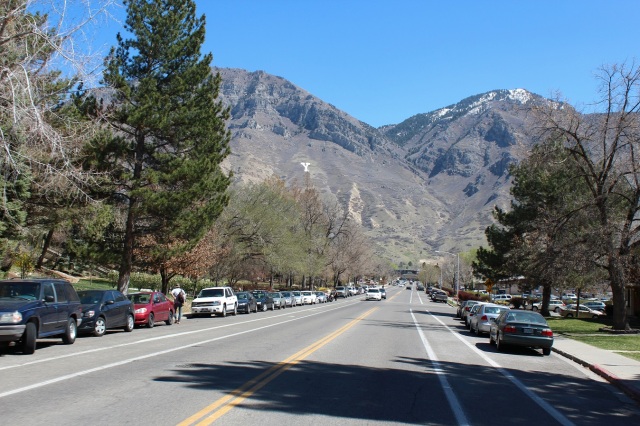 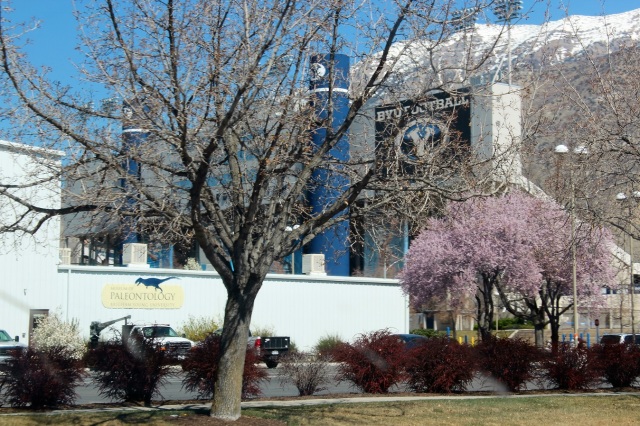 [One could say the “air game” was born here.] 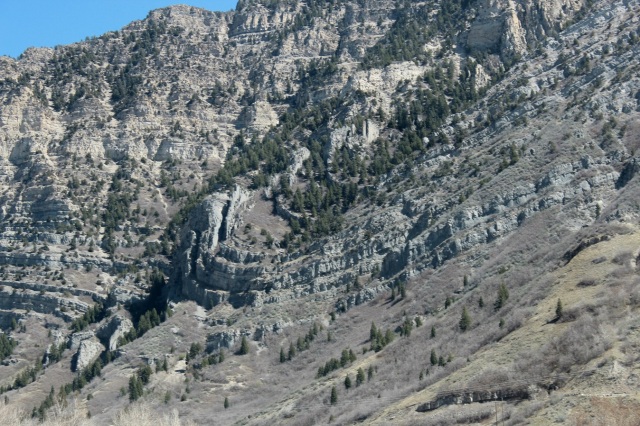 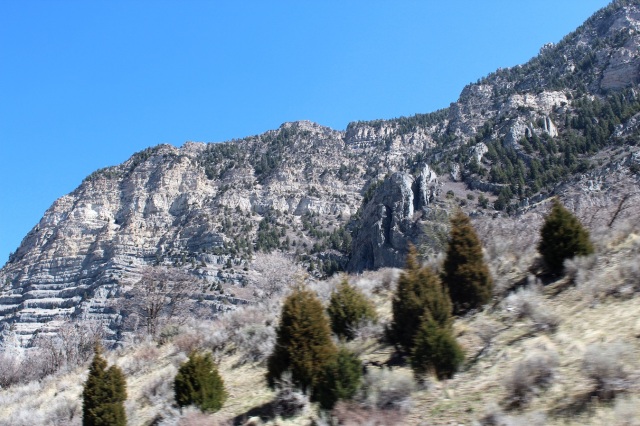 [Amazing tectonic activity here!  As a geography major who also took Rocks 1 & 2 in college, I know the technical term for these rolling striated strata is “bread dough spun with a spatula.”] 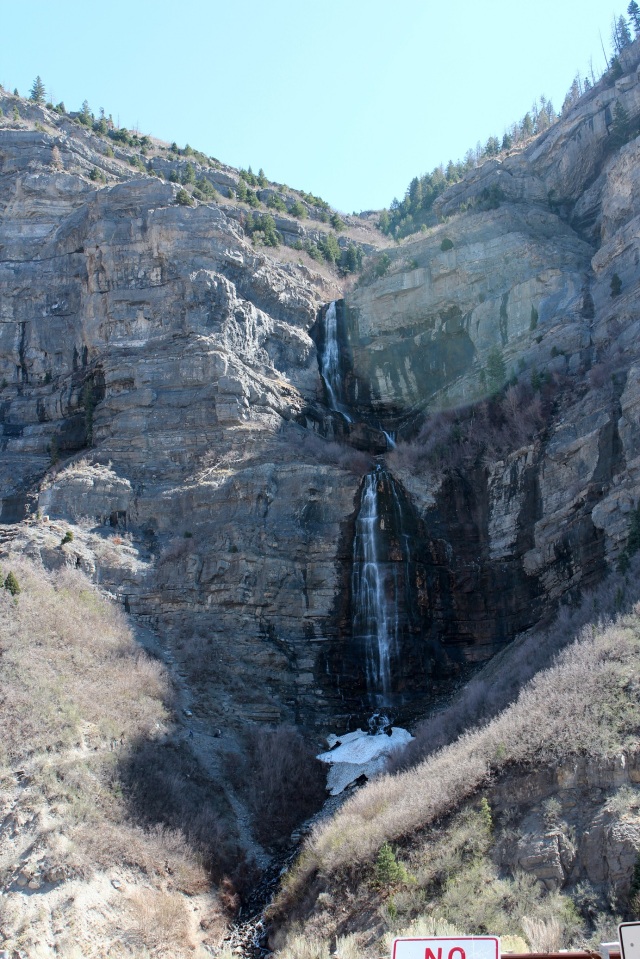 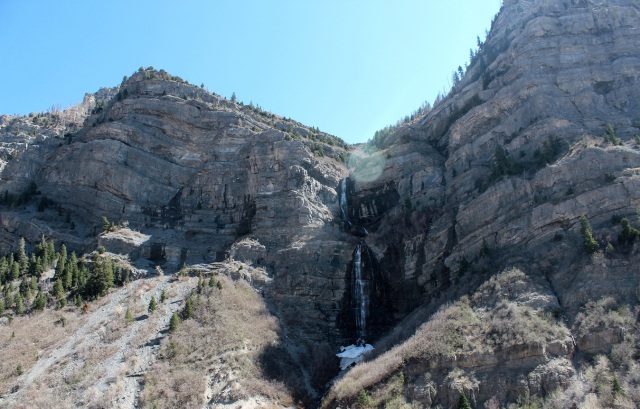 [The technical generic term is “water falls.”  The world nods in agreement for that choice of term.  This one specifically is Bridal Veil Falls, of some repute.] 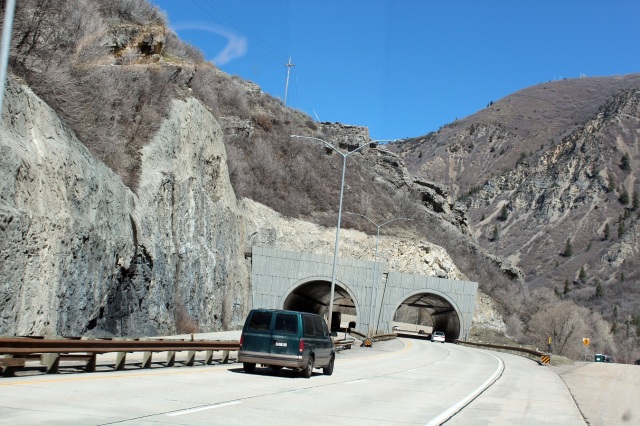 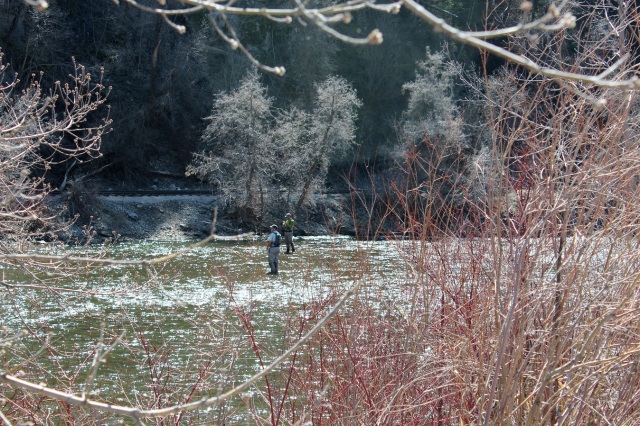 [This is all along scenic US Highway 189 between Provo and Heber City.] 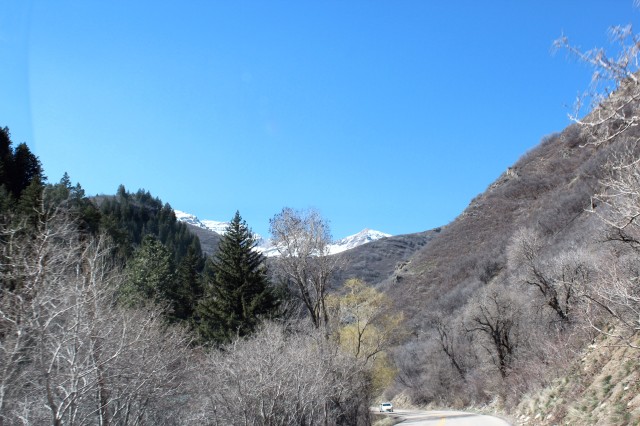 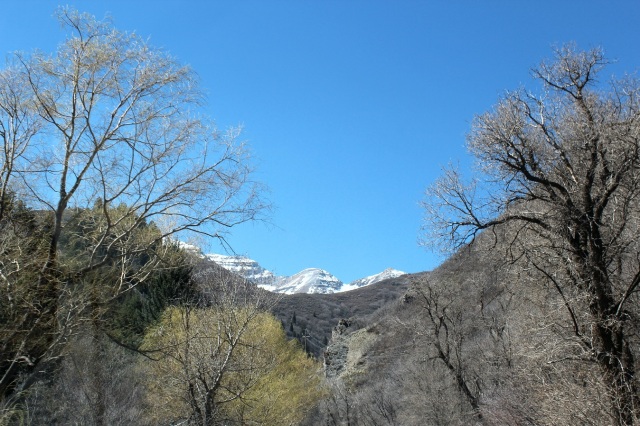 [And this is where we ran across Bob’s place.  Robert “Sundance Kid” Redford, we just call him Bob, holds his annual Sundance Film Festival here.] 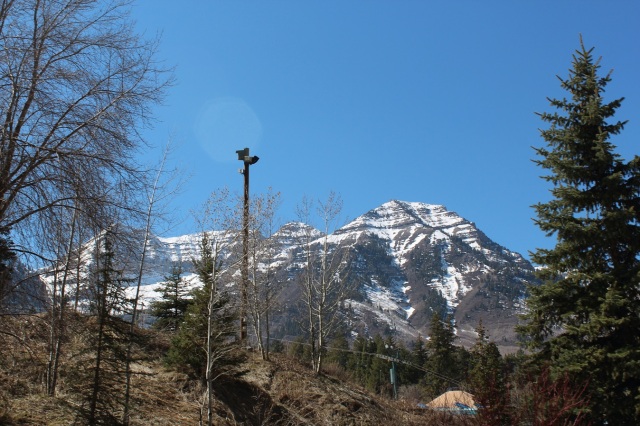 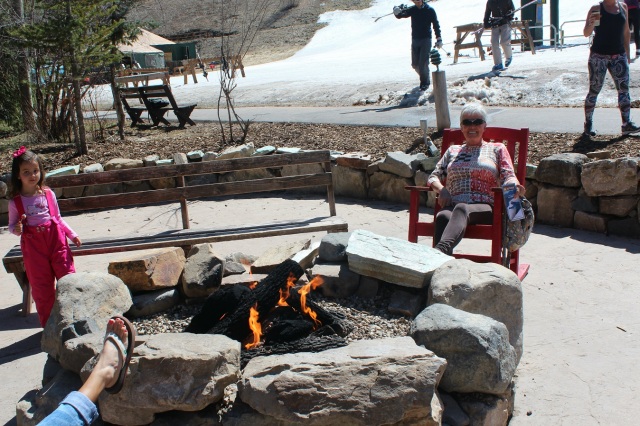 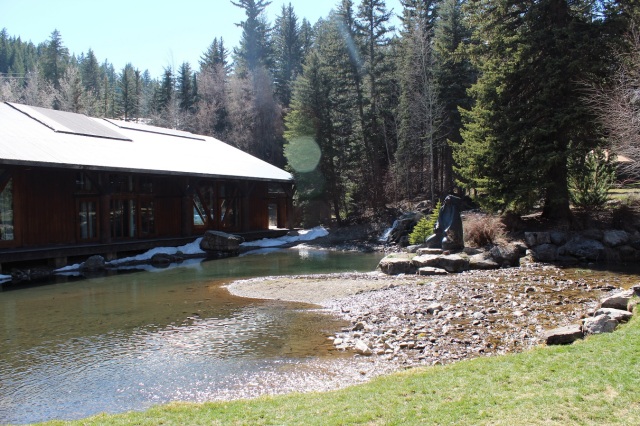 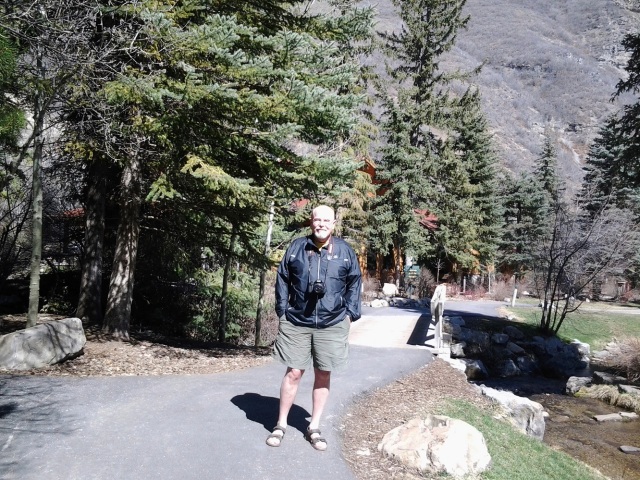 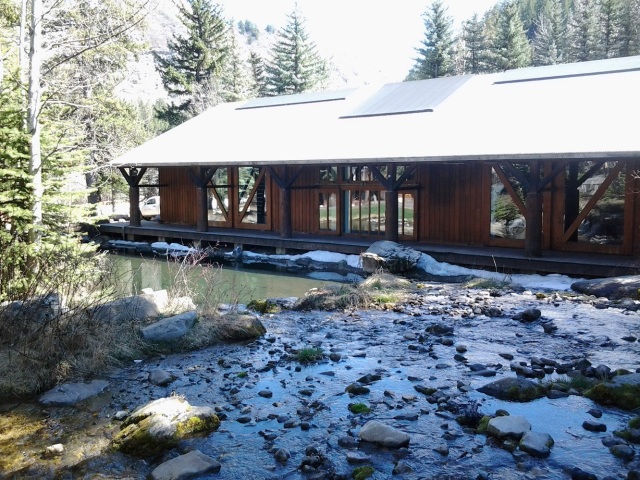 [We had a good time looking around.  Unfortunately, Bob wasn’t there.  I left my card lest he need promotional advice in West Central Minnesota.] 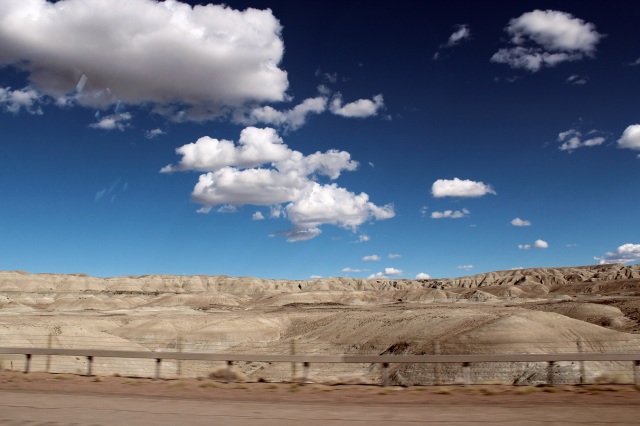 [Our first night layover.  You may recall we stopped in Green River, Utah, on the way out.  This one is in Wyoming, about the size of Alex and more than just a Subway for dining.] 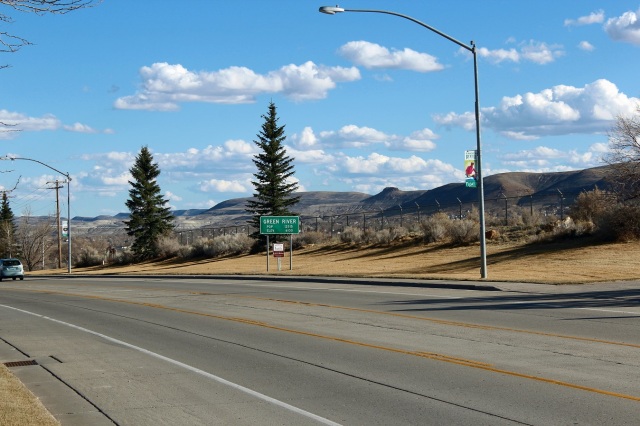 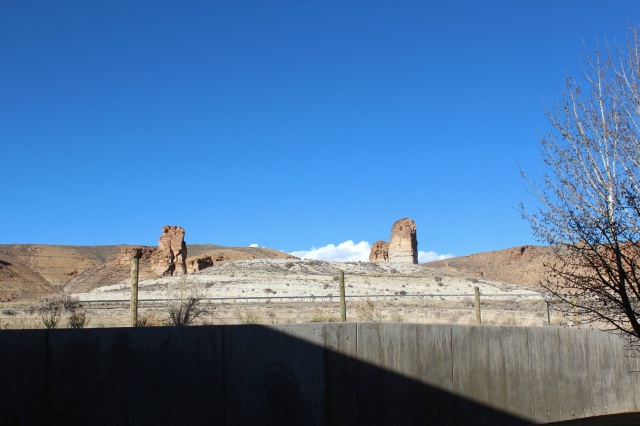 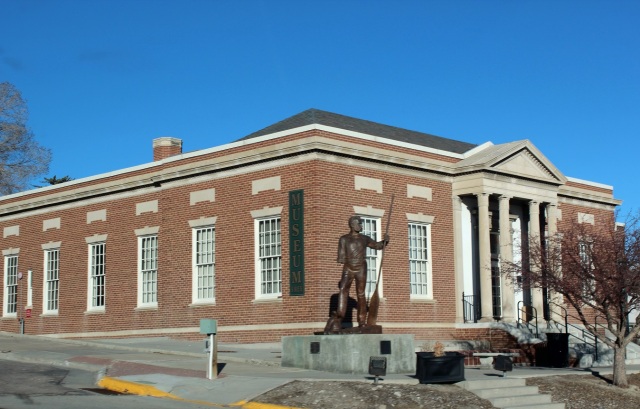 [Their museum featured a statue of John Wesley Powell, the intrepid one-armed explorer and surveyor, and outlaws of the area, including that Butch Cassidy Gang.]

The American girl makes a servant of her husband and then finds him contemptible for being a servant.  ~  John Steinbeck

Up next:  Day Eleven.