[Our last day with our hosts in Utah.  Where does the time go?  More Howell family members were arriving on this day, so again we thought it best to get out of the way so Jeanne and Ken could prepare for their guests.  Something about quilting . . . ?]

[Zion was handy so we decided on another visit there.] 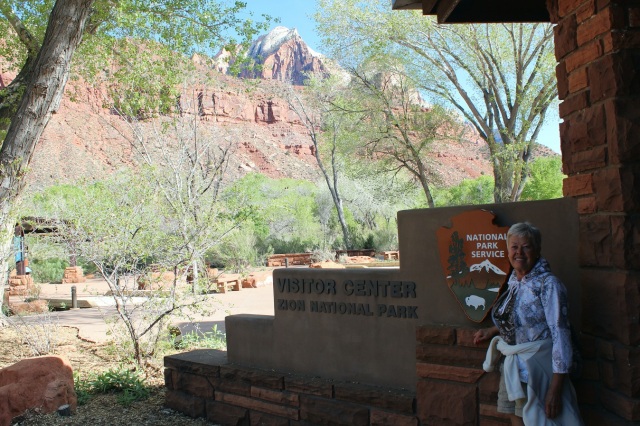 [Despite a relatively late arrival, we found a parking spot amazingly close to the one we had two days previously.  We decided on a shuttle ride through the park again.] 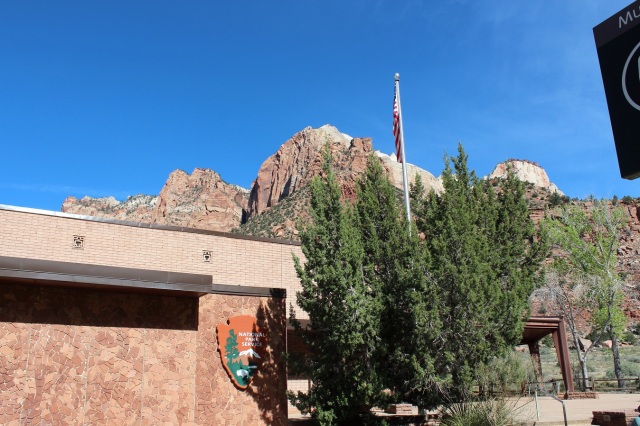 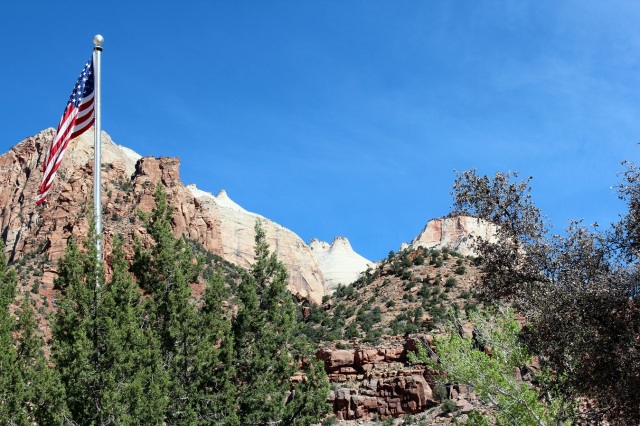 [Another beautiful day for a ride in the park.  We got off at the first stop, the Zion Human History Museum (the building above) because we hadn’t the first day and wanted to see the film on the park.  While you can get on and off the shuttle at every stop, everybody usually takes it all the way to end to begin and then get off and on at the other stops on the way back.  So, when we got back on this time, nobody got off so I had to stand all the way to the end.  Something to remember.] 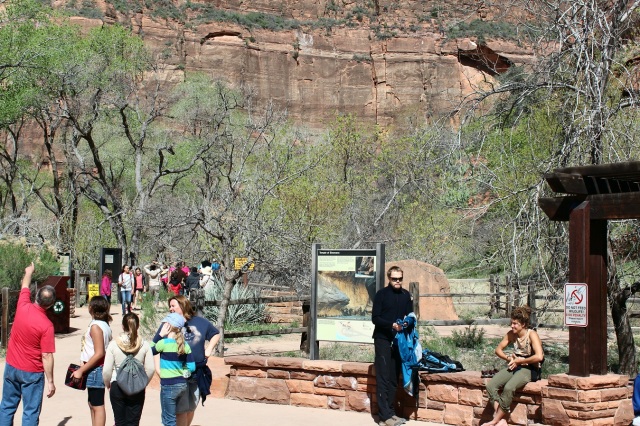 [This is the end of the line, the shuttle turn around point.  The Super and I would have had the shuttle all to ourselves going back except for the woman sitting on the right and a woman friend.  I over heard them talking, i.e., I eavesdropped, on the way back.  They were serious rock climbers – something totally beyond my comprehension.] 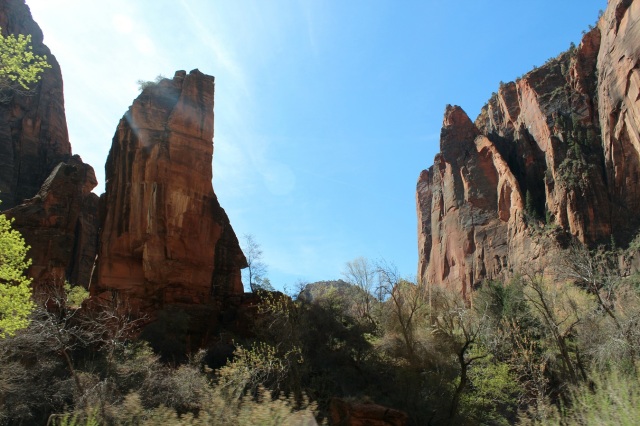 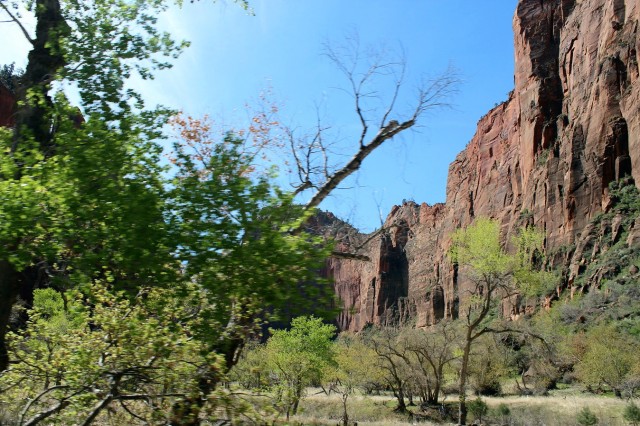 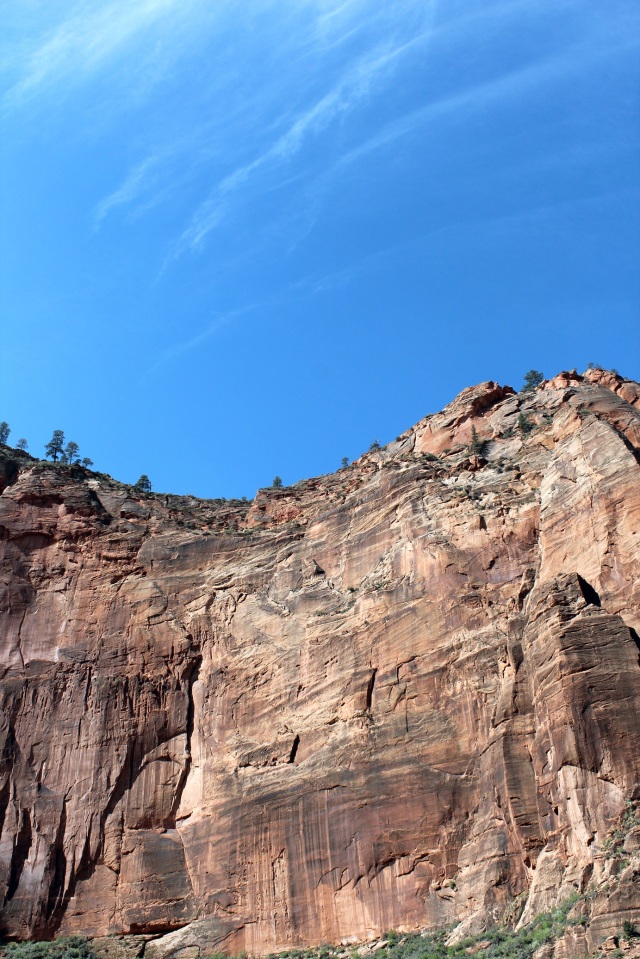 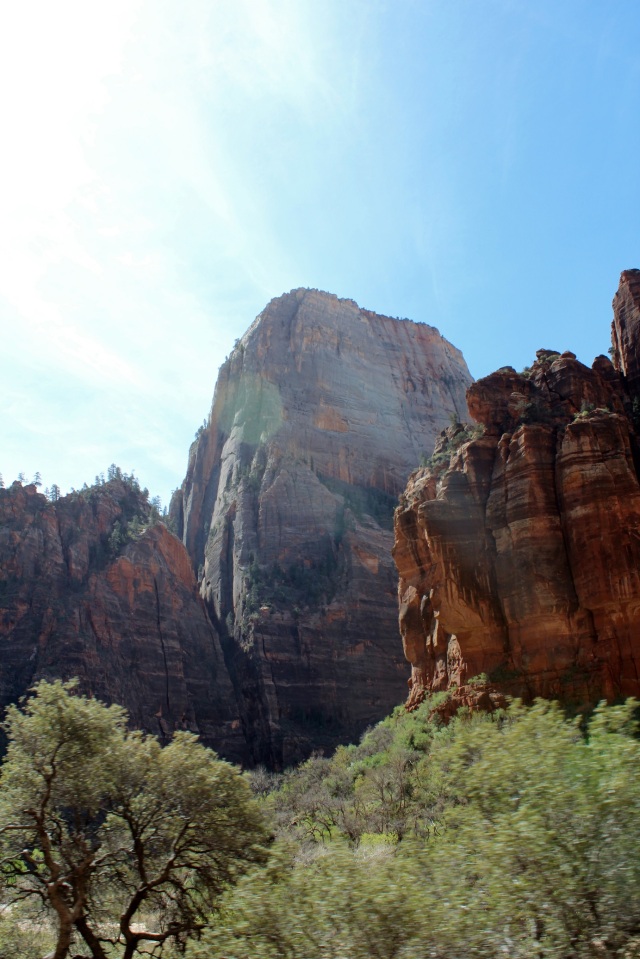 [Reminder:  This is the most important facility you will find at any park.] 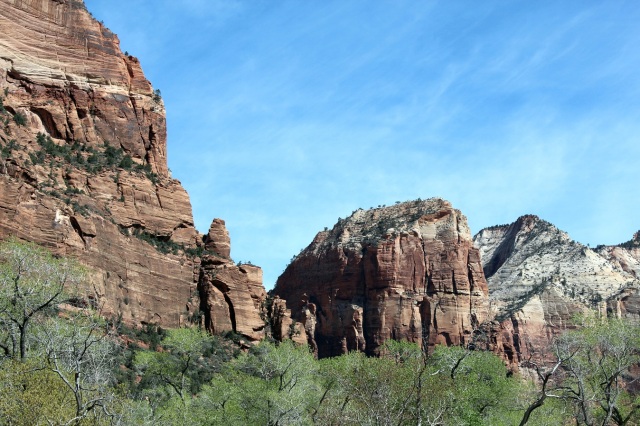 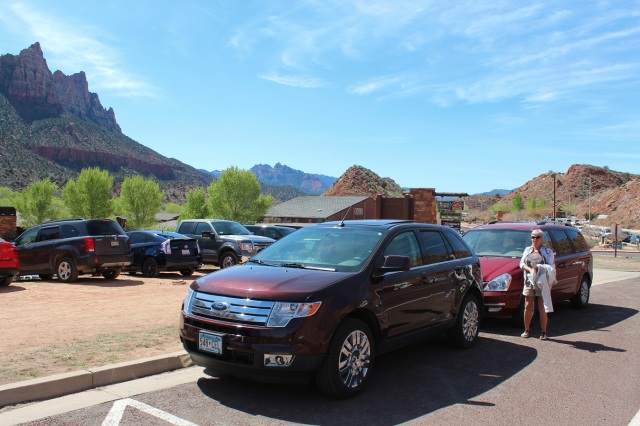 [We’ve completed our tour.  If you just ride the shuttle up and back, it’s a little less than an hour and a half round trip.] 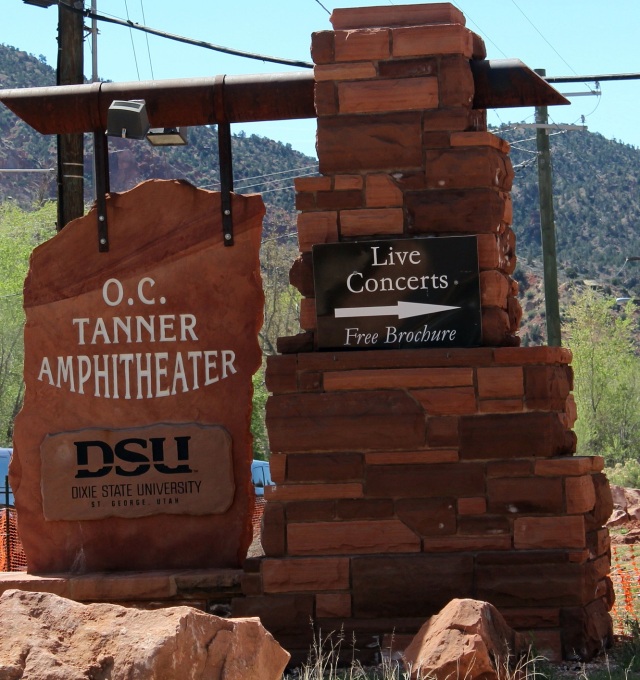 [Then just outside the park, we wanted to pay a visit to this place – we missed it on our previous day here.  I recall this from years ago, going by when the gentleman had a little more pride in his first name – back then it was the “Obert C. Tanner” theater, not the totally less interesting “O. C. Tanner” theater.] 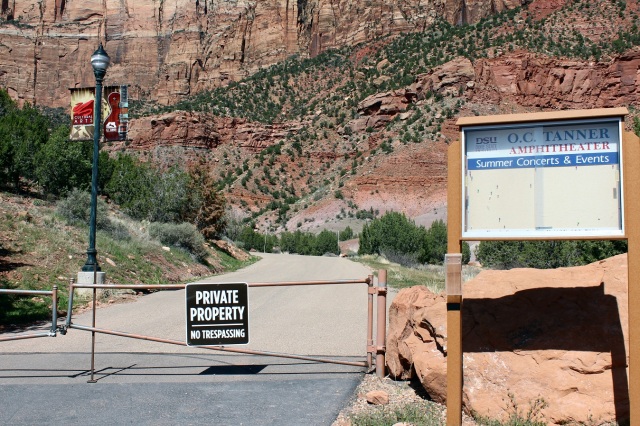 [Unfortunately, “Obert” locked us out!?!] 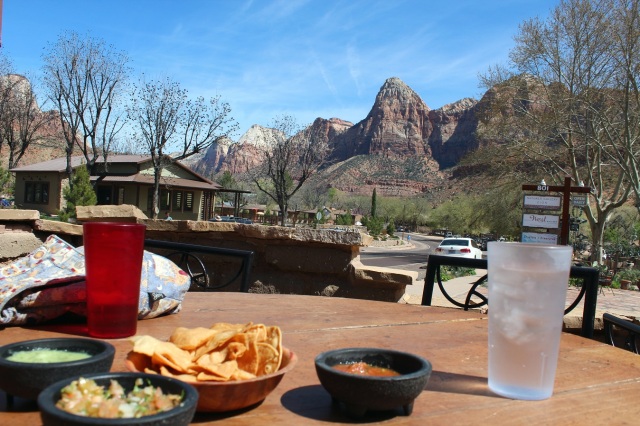 [So we looked for a nosh in beautiful downtown Springdale, just outside the park, and found this Mexican restaurant with this not too shabby view.] 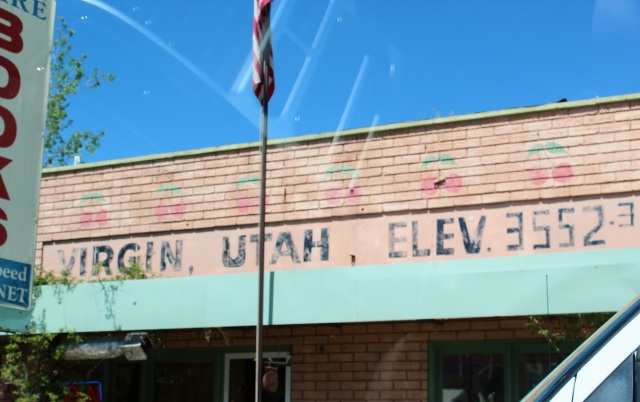 [We passed through Virgin on the way home (Virgin Books has so many connotations).] 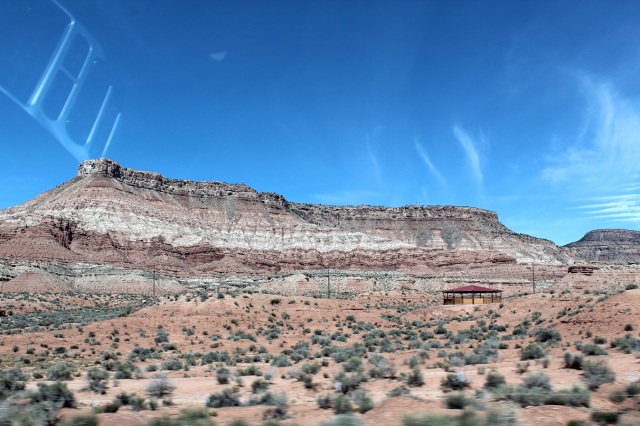 [And that pretty much covers everything you ever wanted to know about Zion National Park but were afraid to ask.  I feel like (‘feel’ is the operative word) I’m a real expert having visited here four times now.]

A man who has never made a woman angry is a failure in life.  ~  Christopher Morley

Up next:  Day Ten