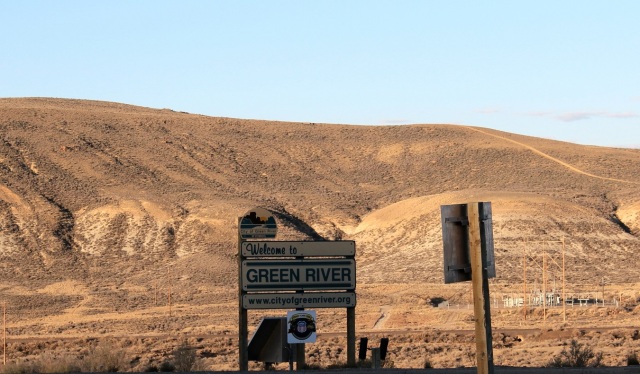 [We awoke in Green River . . . which was great because that’s where we went to sleep.]

[With a voucher from the motel, we drove all of 20 feet to Penny’s Diner to make sure our tanks were as full as the car’s.  As one might expect at such as place, our server was a real character.  😉  ]

[Everybody’s tanks topped off, we hit the road for South Dakota.] 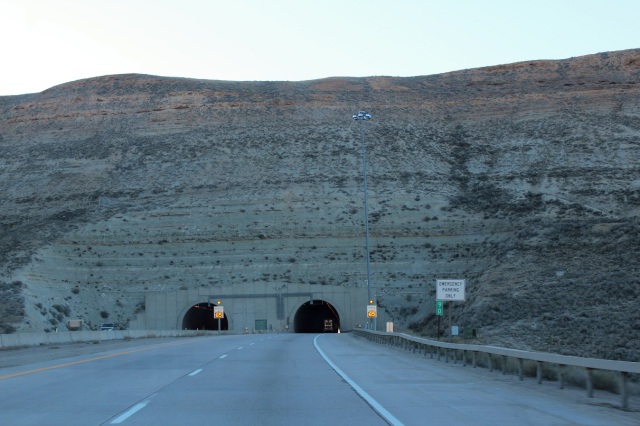 [We tunneled our way out of town.] 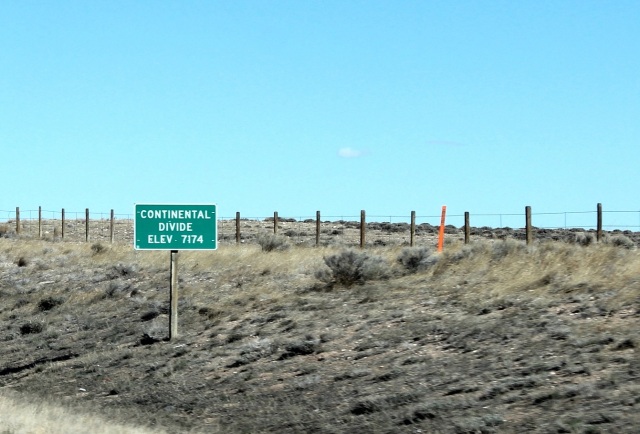 [And then we were in the wide open spaces again.]

[A household that wants no neighbors.] 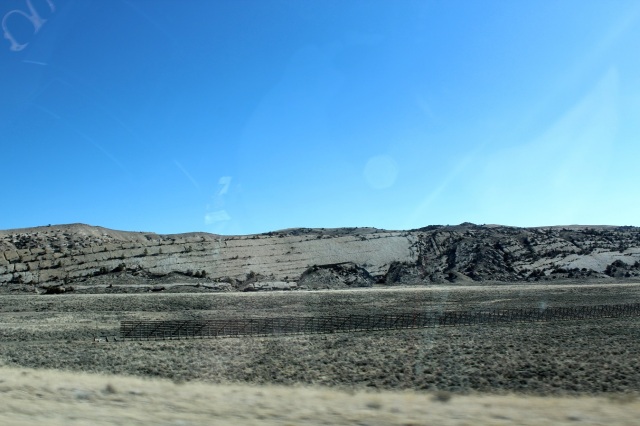 [Miles from nowhere, sightings of water and snow.]

[A rest stop . . . with some historical significance.]

[Plus, I availed myself of the facilities.]

[Then back to the moon . . . with occasional clumped water.] 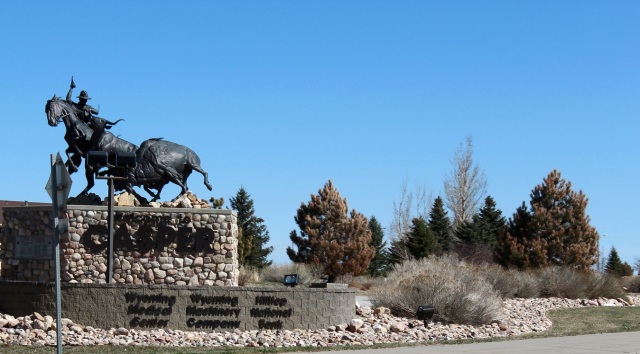 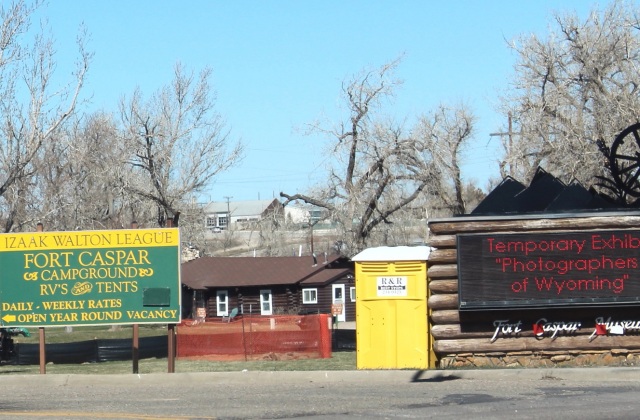 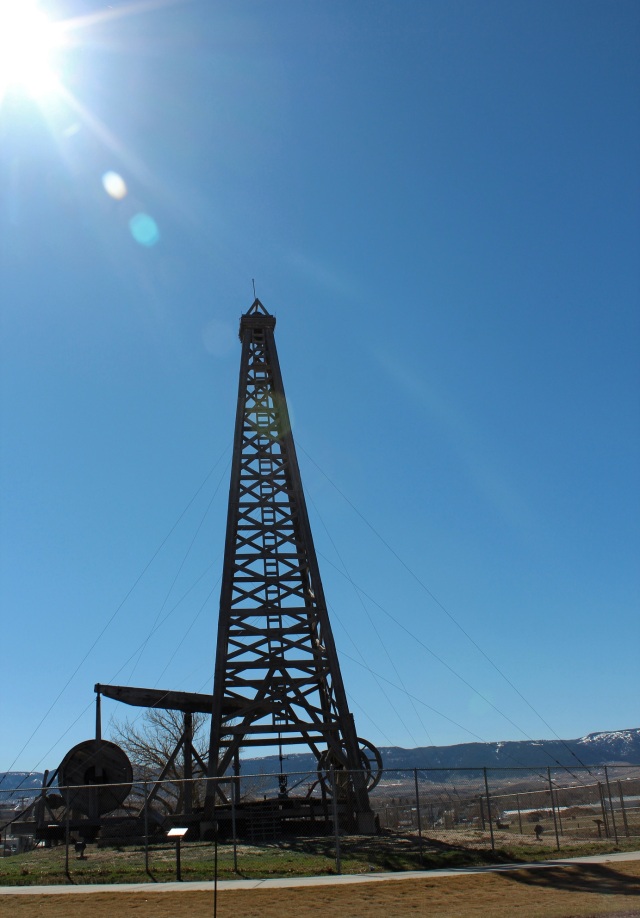 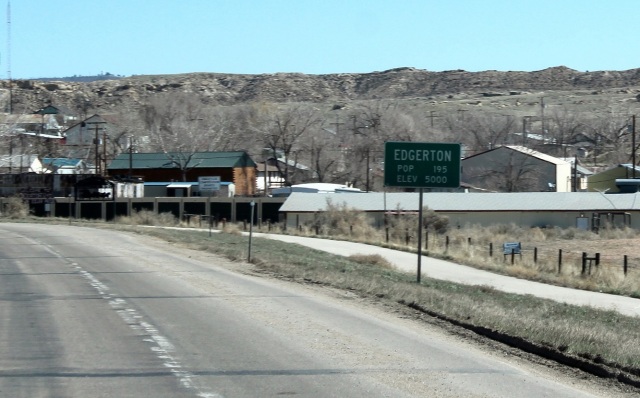 [More pronghorn, the most we have ever seen on a trip.]

[And our second Sundance!] 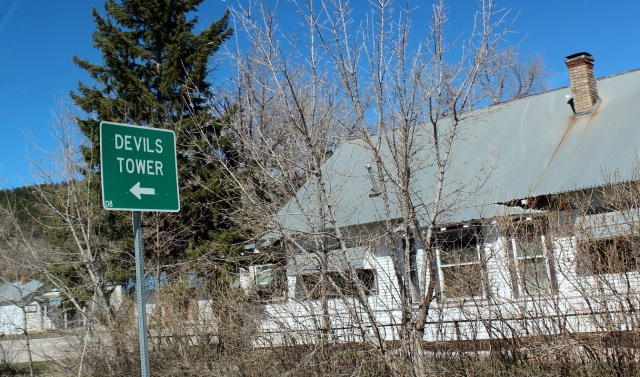 [When asked early on whether we went to Devils Tower, the answer was nope (again, dreaded time constraints).  I was amazed however that you can see at least the top half of the Tower driving by on I-90 and looking north from at least 30 miles away.  I was on the wrong side of the car, and we were going to fast, to get a photo.  However . . . ]

It rises over 1,200 feet above the surrounding terrain.  Our neighbor’s, Arnie Lee, daughter Barb has climbed it more than once.  Again, not comprehensible to me!  😉 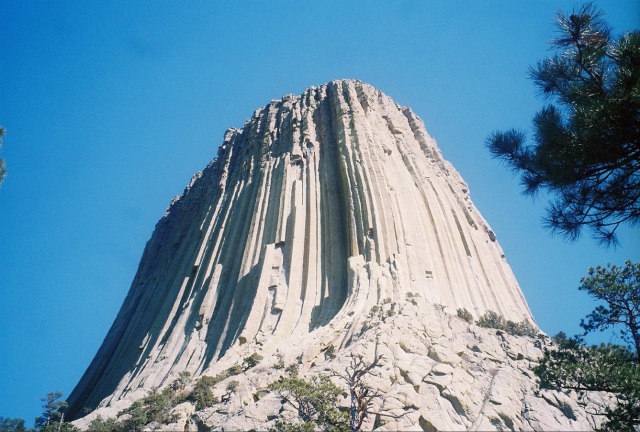 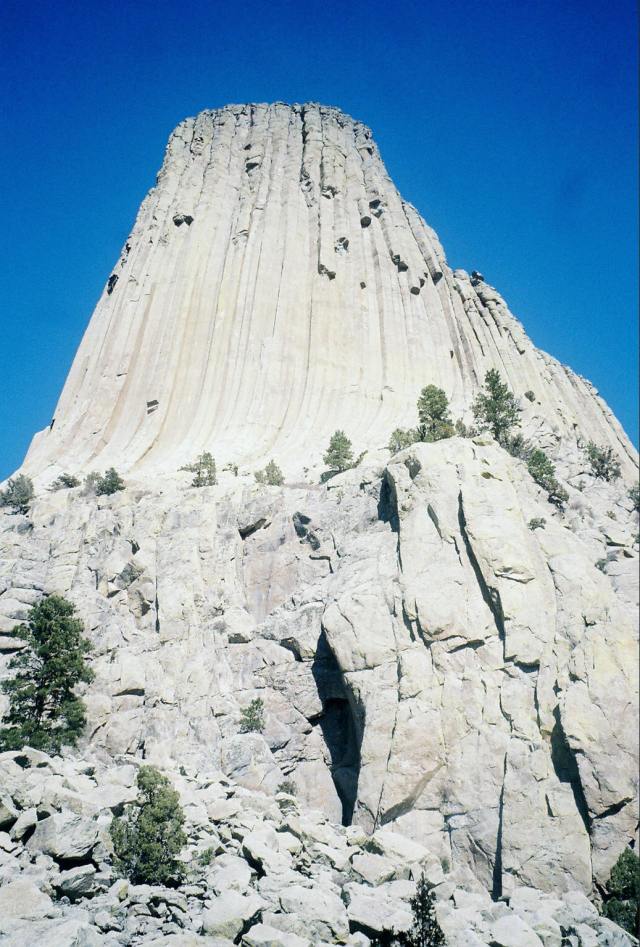 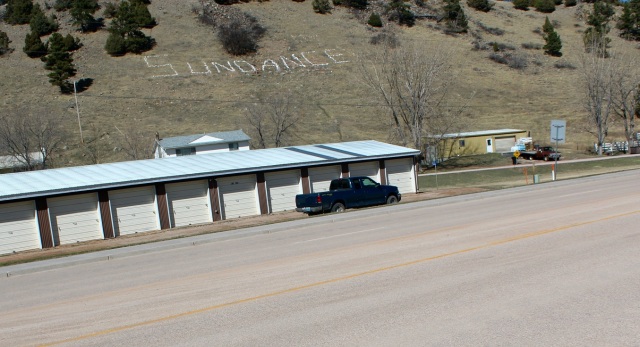 [And back to Sundance in the present.]

[In lieu of another visit to Devils Tower, this time we’ll drive through the Black Hills for the first time . . .] 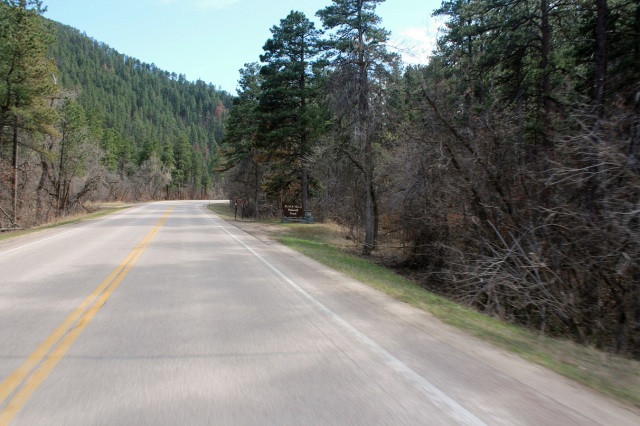 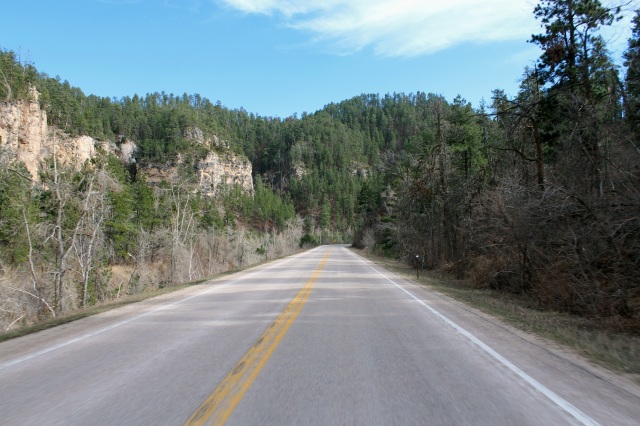 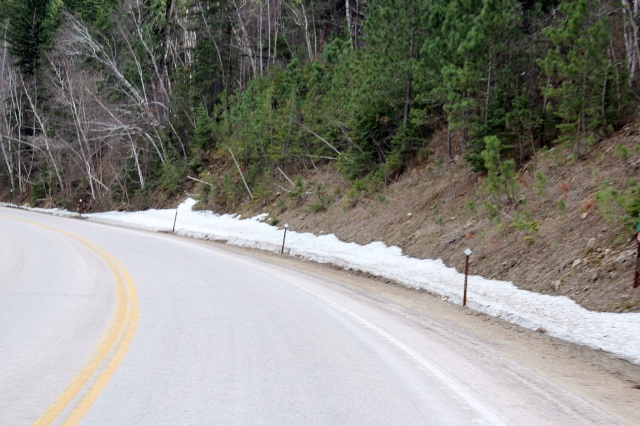 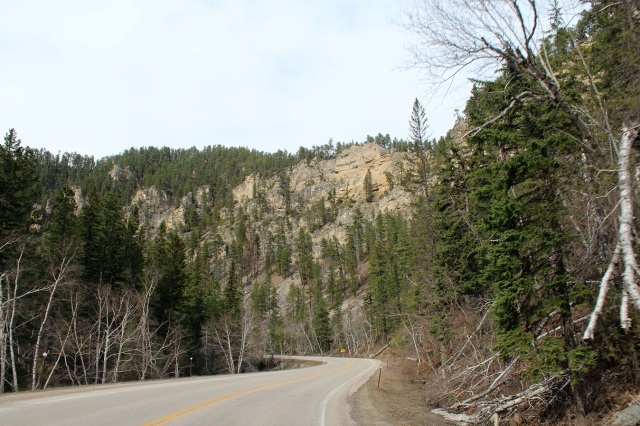 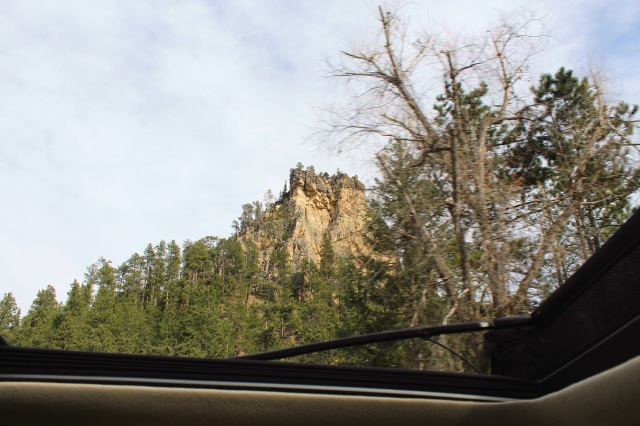 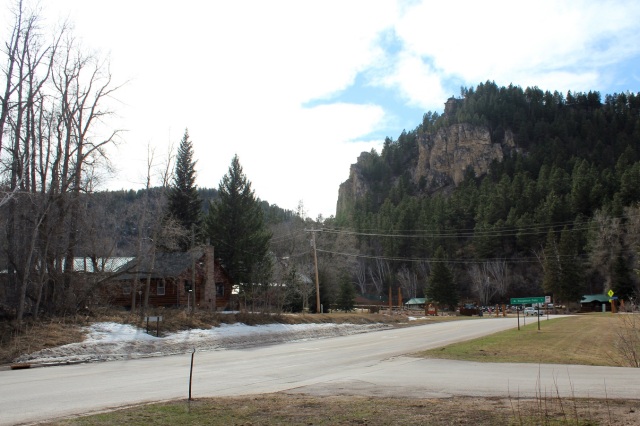 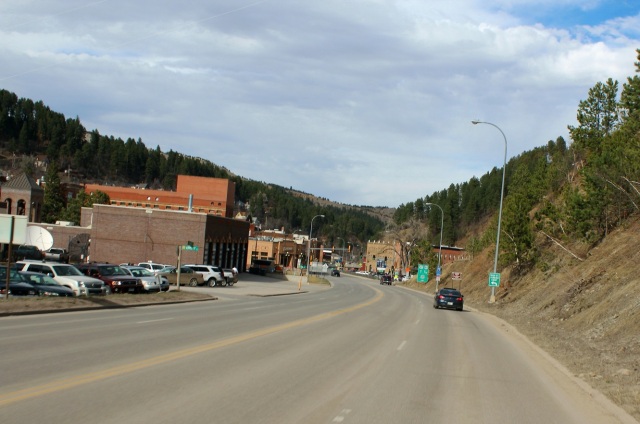 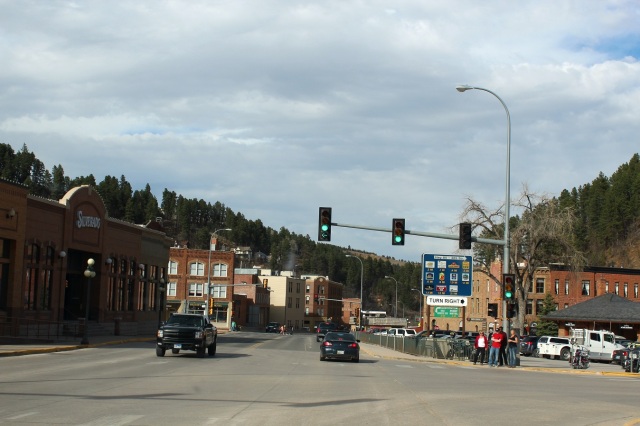 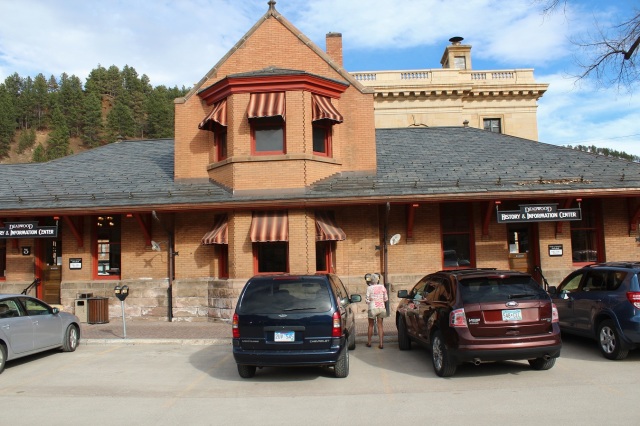 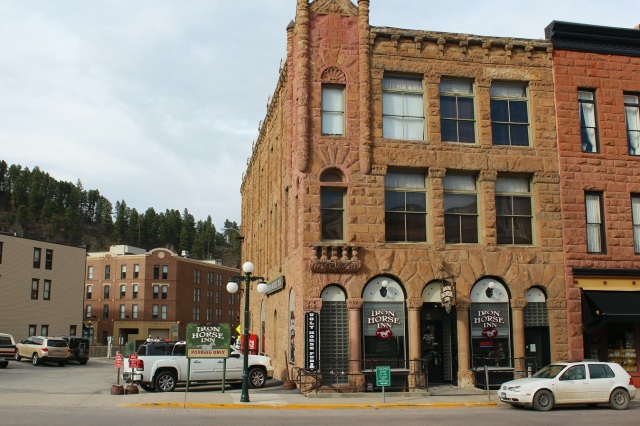 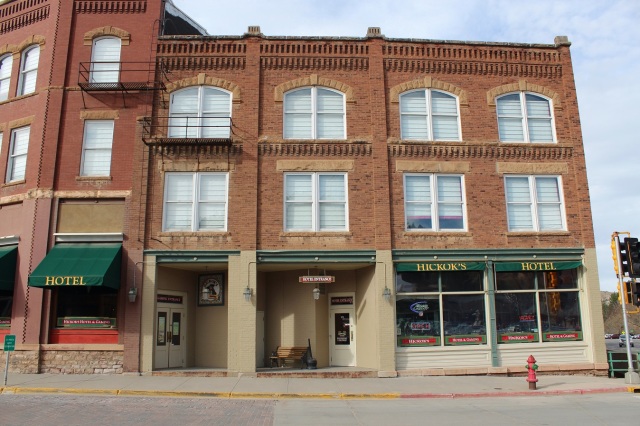 [A cute little town of some historic import.  Now mostly for gamblers, smokers, and bikers.  I don’t gamble, smoke, or bike . . . gee, what a dull life!  Do chocolate malts count as excitement?] 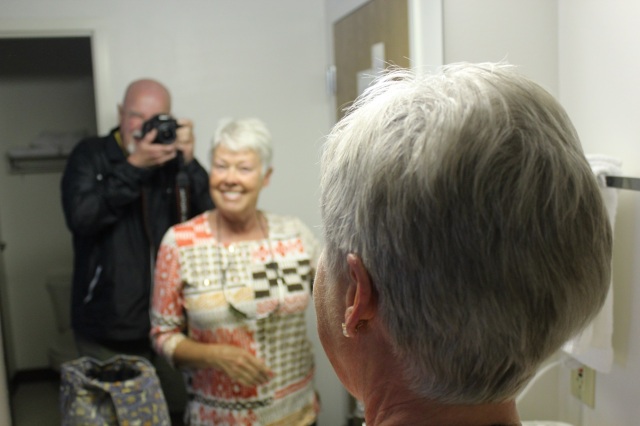 [And ultimately to Rapid City where the Super got us this super room for under $90 – for TWO nights.  So, we stayed two.  But first, after a long day on the road, a chicken pot pie as the perfect complement to March Madness!]

All the reasons of man cannot outweigh a single feeling of a woman.  ~  Voltaire

Up next:  Day Twelve.