Just Some Stuff Between Games

Inside every older person is a younger person – wondering what the hell happened.  ~ Cora Harvey Armstrong

[Already forgot where I stole this from?]

We begin (instead of end) this week’s edition with the quote.  Perhaps (OK, is) an explanation for why we didn’t go to the section semi-final game against Albany in Moorhead last Saturday.  Because it would have required a 100-mile trip home.  In the dark.  In winter.  Oh sure, we could have stayed overnight.  But Moorhead doesn’t have an appropriate 5-star hotel with proper valet parking for the Bentley.  Lest you aren’t aware, our 2nd-seeded Cards throttled the 3rd-seeded Huskies, 48 – 36, holding them to their lowest point total of the year (and only 14 in the 2nd half).  We will throw caution to the wind and go to St. John’s University tomorrow night for the section championship game against the dreaded, and No. 1-seeded, Prowlers of Thief River Falls.

On February 26, an evening with the author of the Alexandria “Community Read.” 90+ brave souls braved the still sub-zero temperatures to make an SRO crowd at the library. Mr. Nerburn was both enlightening and funny, and showed what I thought was surprisingly good penmanship in his book signings! He’s from northern Minnesota but recently moved to Portland, Oregon, to be near grandkids. He said it was good to be “home” – probably missed the sub-zero temps!  “Neither Wolf Nor Dog” is the first of a trilogy and is now being made into “a very low budget” movie. Gotta start reading I guess. Oh, then we still made it to SAWA for date night with Al, Terry, and Annie, but it ended my streak of four days in a row at the high school. 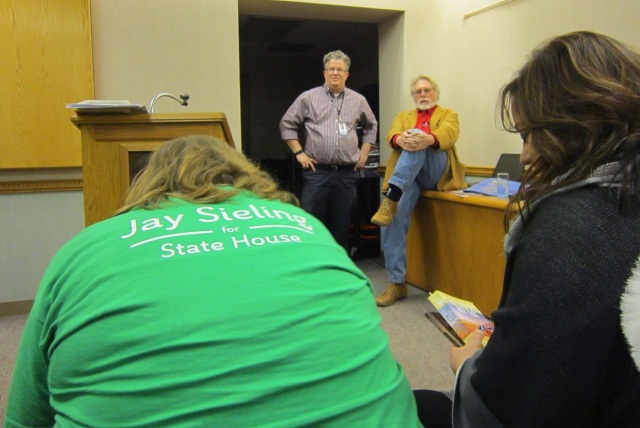 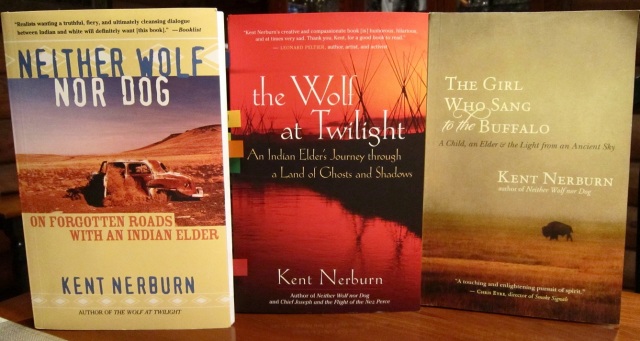 [March 1, the first day of meteorological spring, another beautiful day dawned over beautiful Lake Darling. While the morning news was once again filled with weather horror stories from all over the country, we continue to have a particularly uneventful winter. February was colder than normal, but we are still way below normal snowfall. For the most part, it’s just been beautifully sunny and cold.  The Polar Plunge was at Arrowwood on beautiful Lake Darling that day. (Already reported upon herein.)] 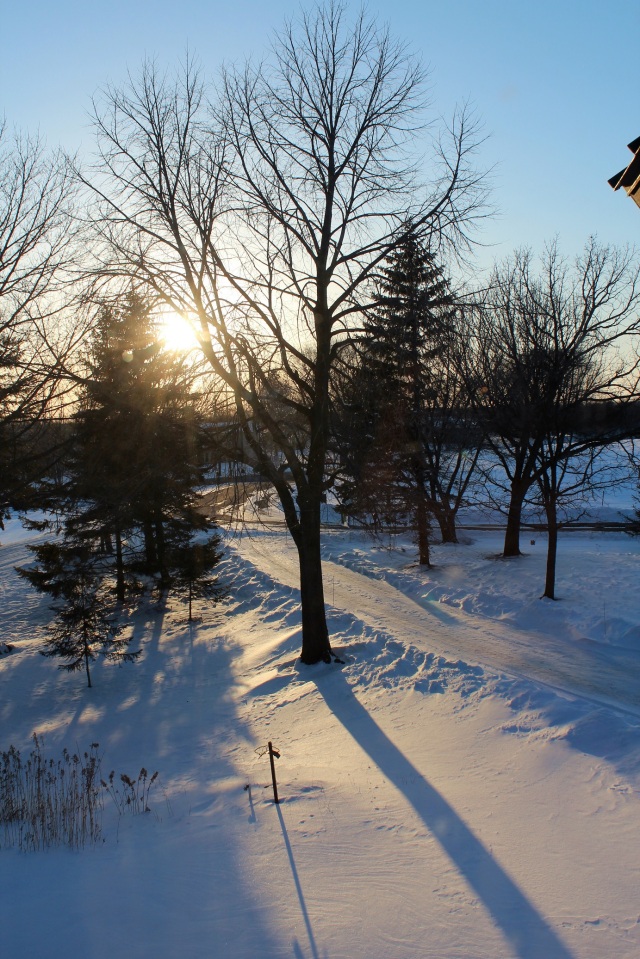 [March 5, another crisp, beautiful day on the shores of beautiful Lake Darling.  It was 20 degrees below zero!  Less than a week later, we’re approaching 60 degrees on the positive side of zero.]

[Saturday, Professor Miltich was performing at the winery again for the pleasure of all.]

[We were joined by friends famed in song and story in Ashby.] 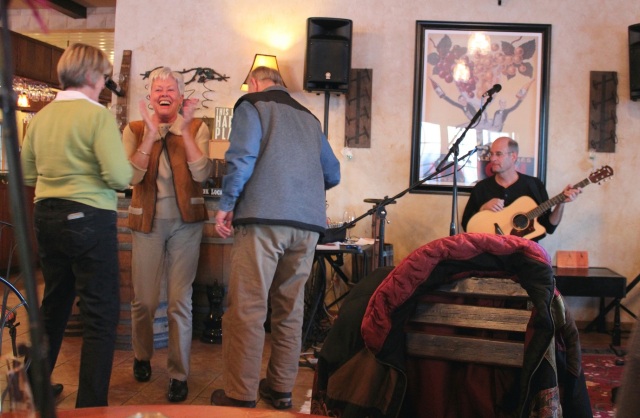 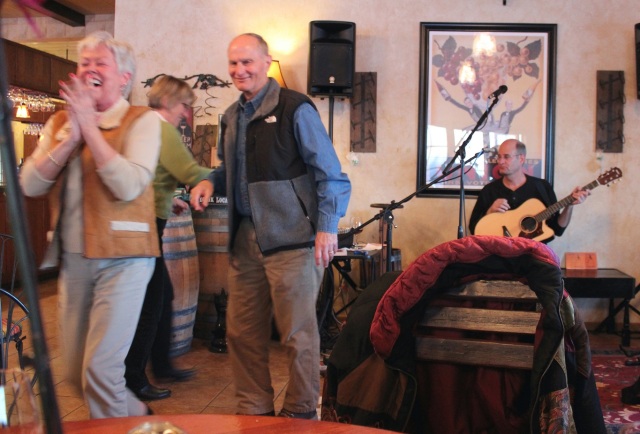 [Helen with her sisters, who came all the way from Arizona and California (though I forget which order) just to join the frivolity at Carlos Creek.]

[While Kendall and the Cards were battling Albany in Moorhead on Saturday . . . ]

[This is the President, the 2nd largest tree in the world.  247 feet tall, 3,200 years old, 2 billions leaves (a/k/a, needles).  This is supposedly the first time a sequoia was entirely contained in a single picture.  I did not take this photo.]

[Salem, Massachusetts.  You may recall (blog posting) we visited friends here two Januarys ago.  This is a shot from their window this year.  That snow is 6-feet deep along both sides of their sidewalk.  (Photo not by me.)]

[Yesterday, the Cards carb loading for the Prowlers (photo from Kohler’s FB posting).]

Up next:  The section finals.

2 Responses to Just Some Stuff Between Games