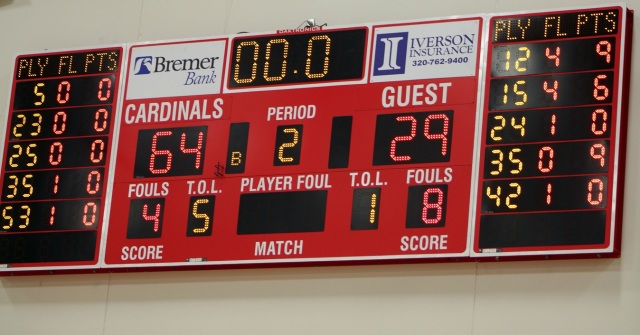 [After a one-day delay to recover from our third measurable snowfall of the season, our Cardinals  opened the section 8AAA  girls’ basketball tournament with an expected easy win over the Sauk Rapids/Rice Storm . . .] 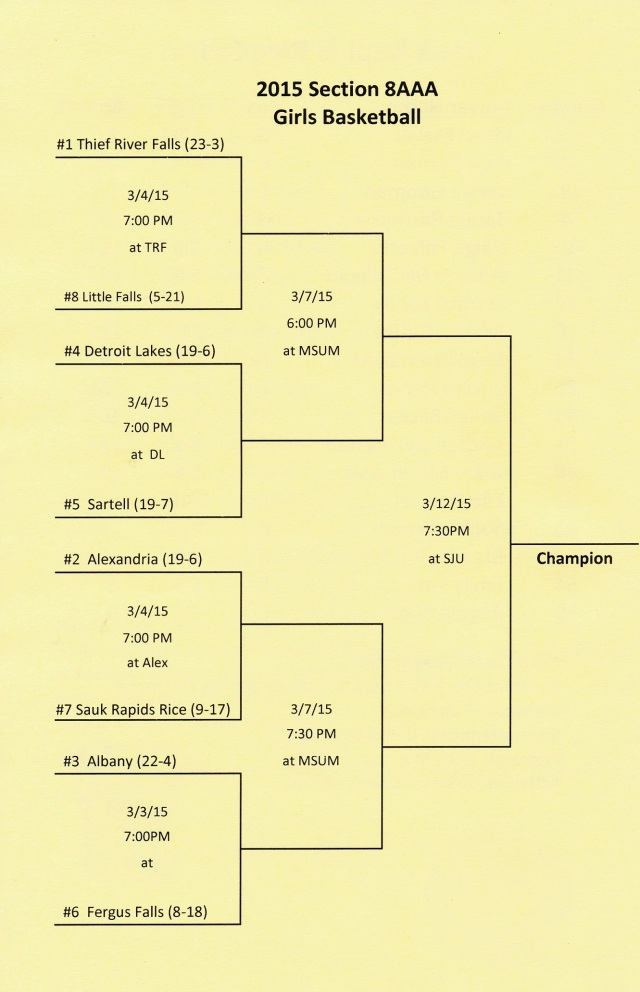 [The brackets followed form.  The four remaining teams – a’ la the boys’ hockey section – can be tossed in a hat and whoever has the hot night will win.  I should note that the Storm did win 9 games this year, are very young, and appear to be a program heading in the right direction.]

A video of the first several minutes, the Cards appeared determined to end any mysteries early: 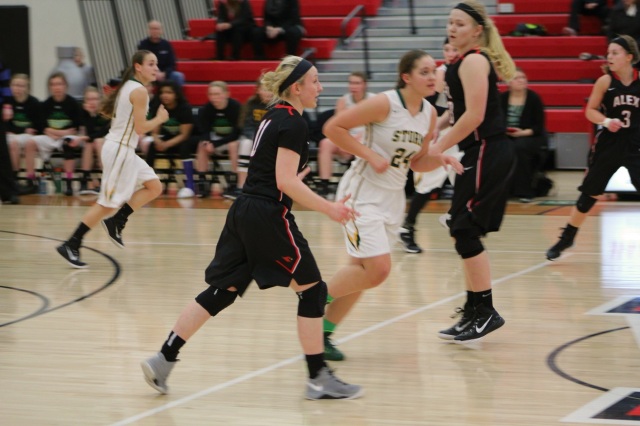 [Macy had her usual all-around good game . . . a little concerned she’s been getting into foul trouble lately.]

[Good shot of the ref’s back, Obert, while Kiyana and Emma play defense in the background.]

[Emma made both – she would have been challenged to do that earlier in the year.]

[Kendall dribbles around the defense . . . ] 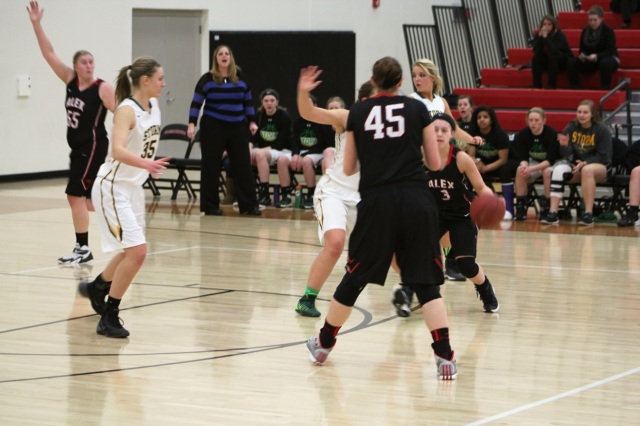 [Likely fed Brooke, who played playmaker in this game.]

[We kept feeding Cheyenne in the low post, and she obliged with a terrific game.] 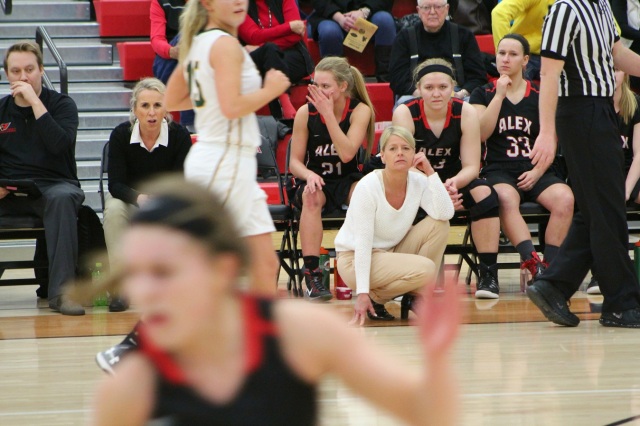 [While just behind her, Kiyana is reporting a Kim Kardashian sighting.] 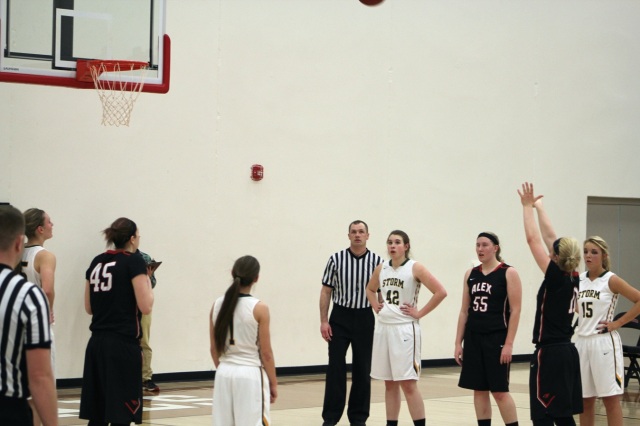 [Brooke’s shot is captured by the Echo Press.]

[The ref signals a 3 (or giving the ‘OK’ sign?), while Cheyenne tries to track down the elusive ball.]

[Carly looks for a cutter.] 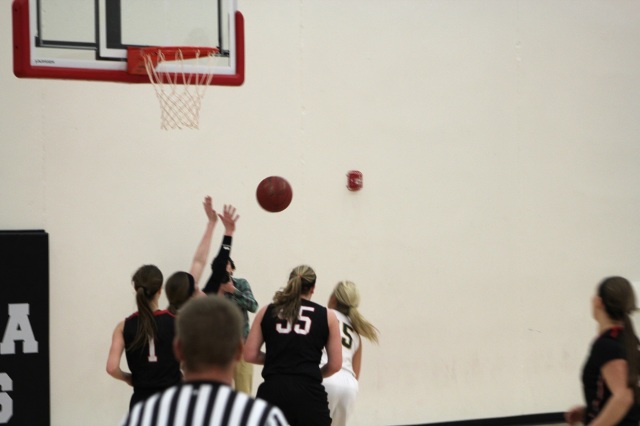 [The 2nd half went to running time early and our JV team basically finished off the last half that half.]

[I marvel at The Competition.  He got all the way down to floor, and then all the way back up again.]

[Kayla is part of the regular rotation.  From game-to-game, it’s hard to tell what that rotation may be.  Sometimes 7 or 8, but can go to 10.]

[Kelby is a defensive stopper and brings high energy offense.] 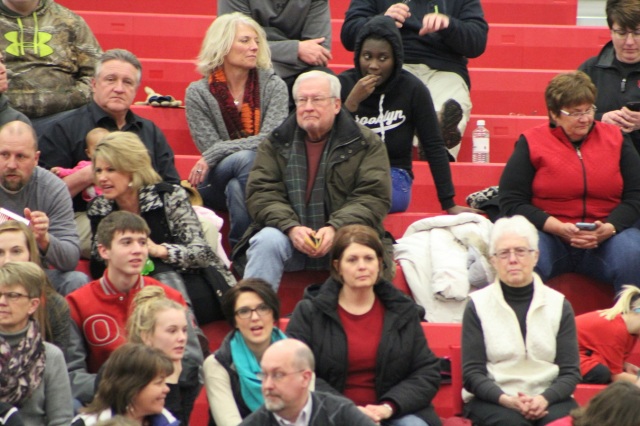 [Noted music fan in the audience.] 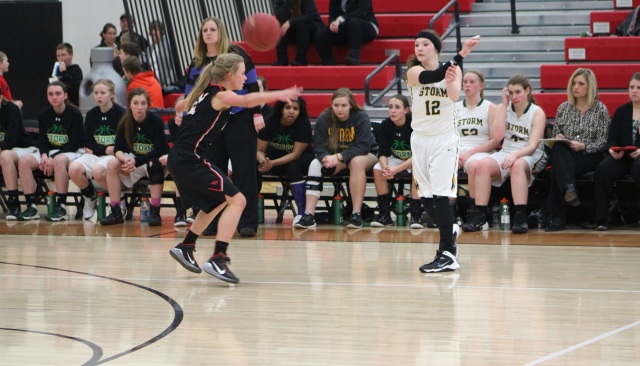 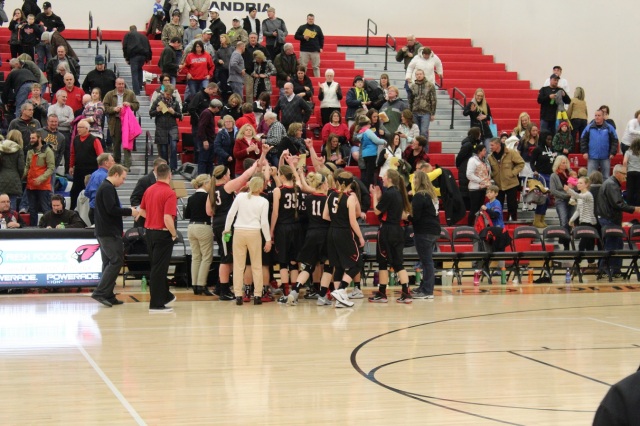 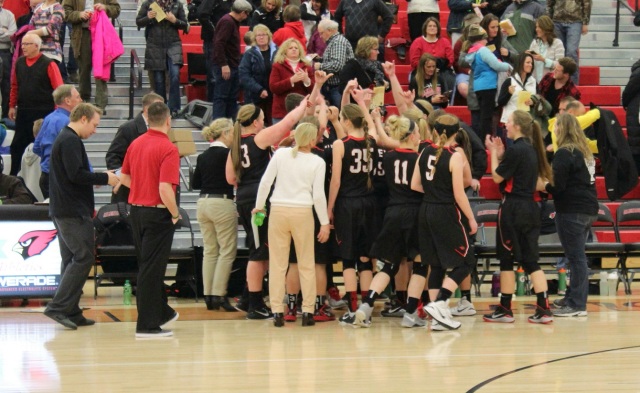 [Game over.  Would the last person to leave the building please turn out the lights!]

Behind every successful man is a surprised woman.  ~  Maryon Pearson

Up next:  I honestly don’t know.