Harken back with me, if you will, to a time and place merely a single year ago.  At that time, we noted we had crossed the great technological divide and issued our annual Christmas letter by blog posting.  The supervisor didn’t care for it; I loved it.  So, I concluded that when she-who-must-be-obeyed recently went on a storage-area cleaning binge, her goal was to find what she did indeed find.  Lots and lots of excess Christmas stationery and envelopes were discovered.  Ergo (did that win the Oscar?), we are back to snail mail, thousands of dollars worth of Forever stamps, and multiple visits to the local Post Office.  Not that I have anything against the Post Office, but seriously we are back to digital as soon as the paper runs out! 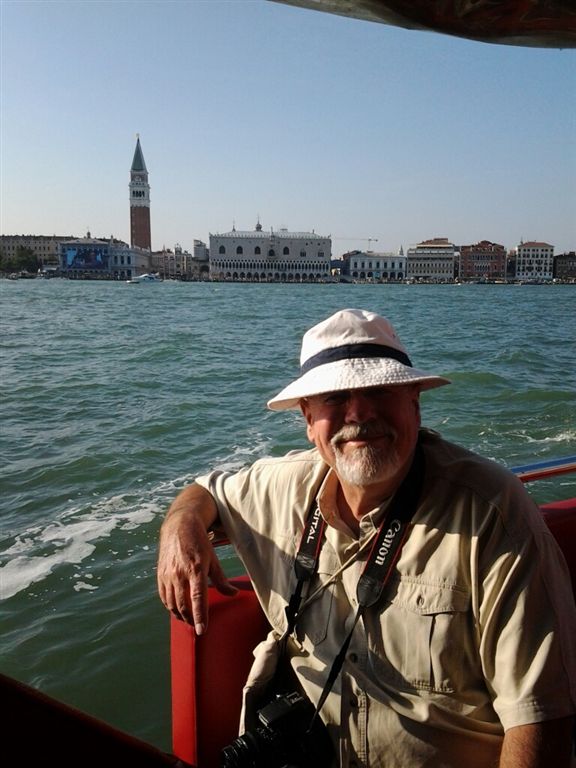 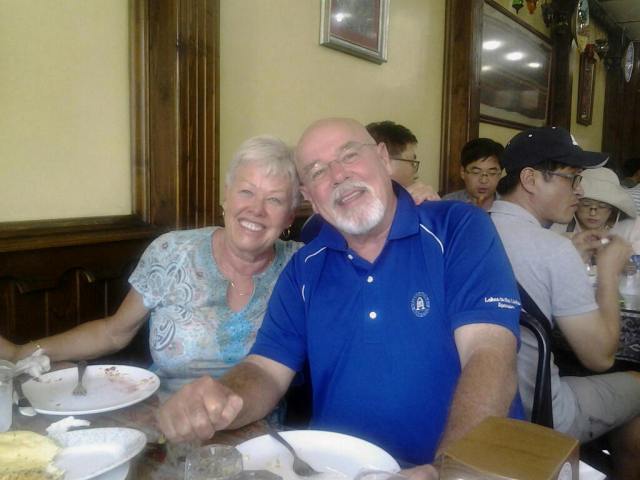 We really have nothing to add to what has already been posted – by the hundreds of entries and thousands of photos – in what is essentially our personal diary that is available to the entire universe (and read by 10’s) at www.alexandriacardinals.wordpress.com.  As the editor/publisher, I can highly recommend it as a treatment for insomnia.  But seriously folks . . . 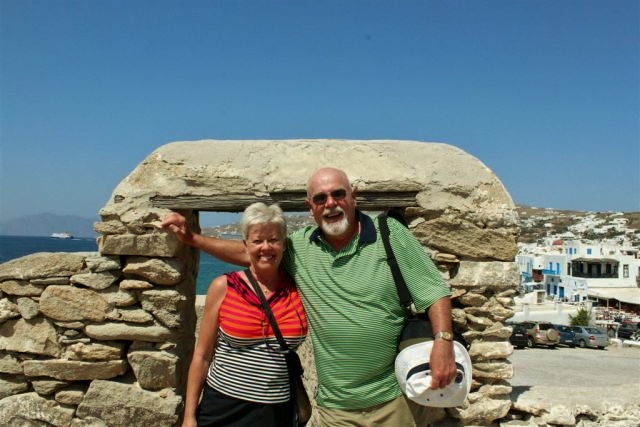 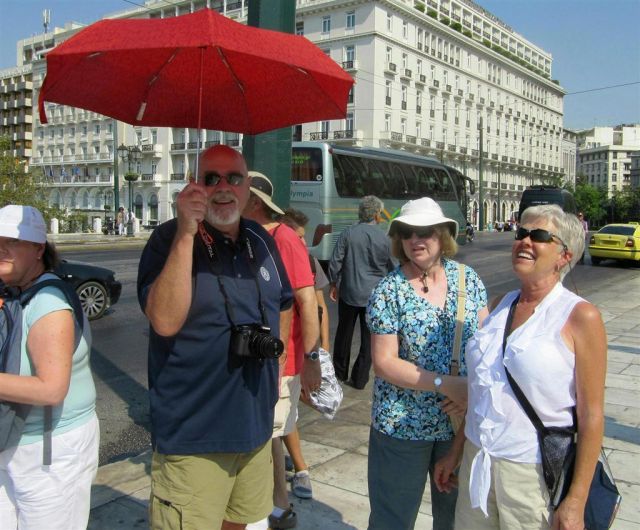 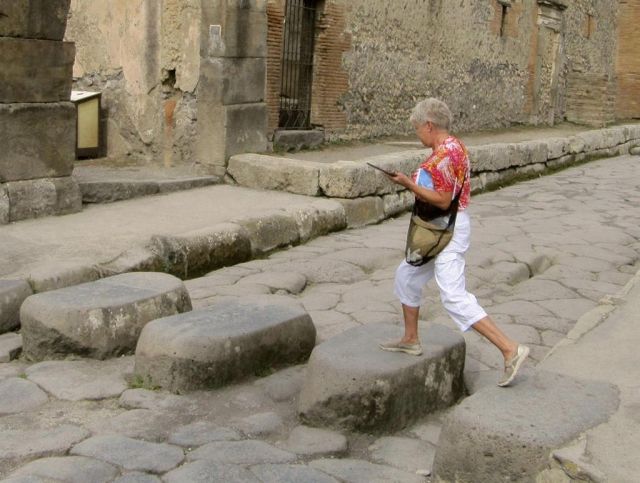 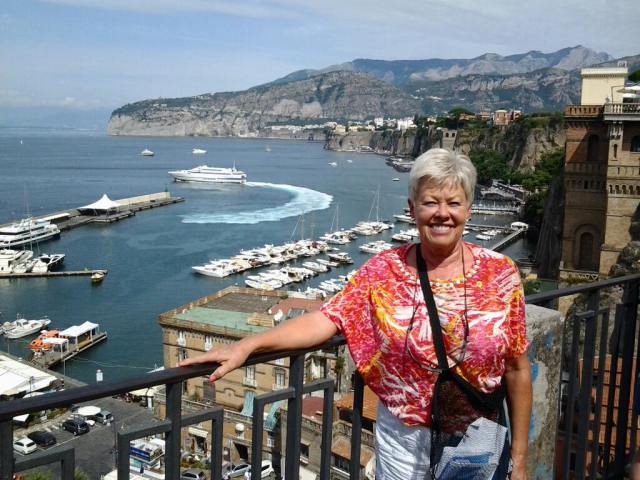 Absent anything new, we have decided to revisit something old.  As noted in previous blog reports, we did a Mediterranean cruise in August, with our old D.C. friends, Anne and Bill Gross.  Bill recently posted his volume of photos from the trip, so we figured that was something we could use to highlight this letter with “new” photos (including those recently discovered on Ruthie’s tablet), where we are the subjects and that I believe is the purpose of these letters.  Beside, Ruthie noted it was the best vacation ever . . . and I would have to agree. 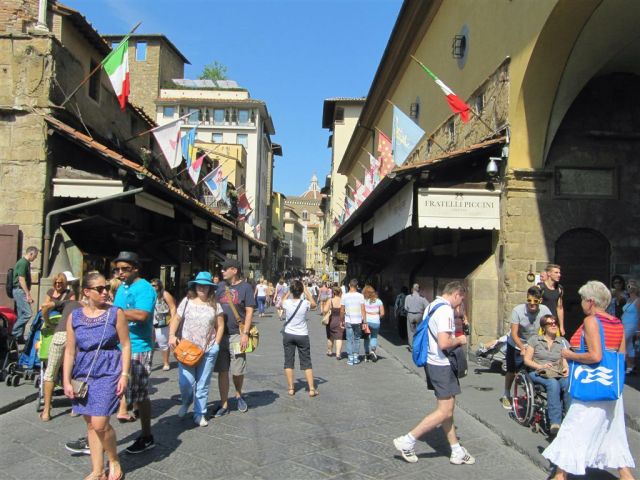 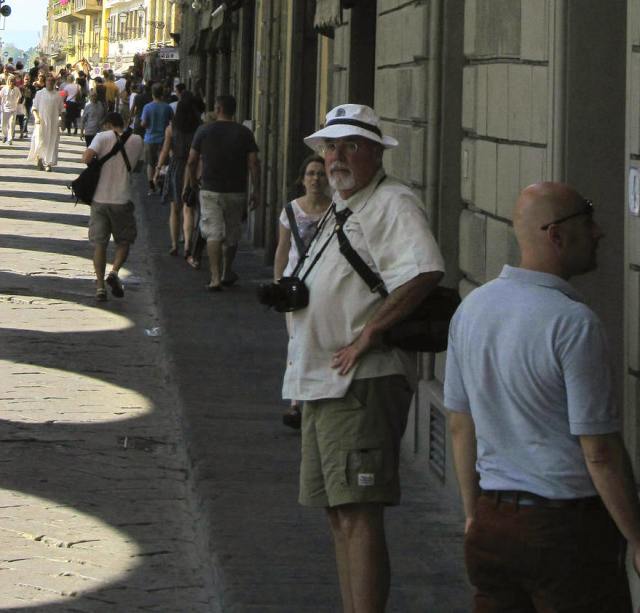 Oh, the letter title is meant to mean exactly what it means. When we drive into the city, a sign over the street thereto reads, “Happy Holidays.”  We think it’s lovely.  There are multiple holidays at this time of year, including Christmas, New Year’s, Rita’s birthday on New Year’s Eve, Ruthie’s birthday on New Year’s Day, and possibly Kim Kardashian’s birthday (we just don’t know or care).  Here’s to wishing you and yours all the best for any or all of the listed holidays!

As proud grandparents, we have for some time been meaning to “publish” the following video featuring Grandson Tom (a 7-minute excerpt from the beginning of Act 2).  This performance in a holiday play took place in 2011 when he was a senior in high school (he is now in his 2nd year at Purdue, but academically a junior).  We saw him in this play, but I’m not sure if it’s the one they DVD’ed.  Tom displayed a gift for comedic timing . . . but we may be biased.  🙂  The supervisor and I had the usual senior moments trying to do this.  We watch DVD’s so seldom, we forget which of the 32 remote controls are necessary for the task.  Well, the initial problem was the open/close drawer was balky at best.  When we finally got it running, the mute button didn’t function at the beginning of the video attempt.  Next, after we got started a moth – yes, a moth – flew in front of the screen.  On the next attempt, my low battery light on the camera came on.  By the time we actually finished the video, the supervisor had missed the first six episodes of Downton Abbey.  We’re going to have an exorcism performed on the house over the holidays!*

Of course, our holiday season doesn’t just revolve around a Mediterranean summer cruise, but it comes close: 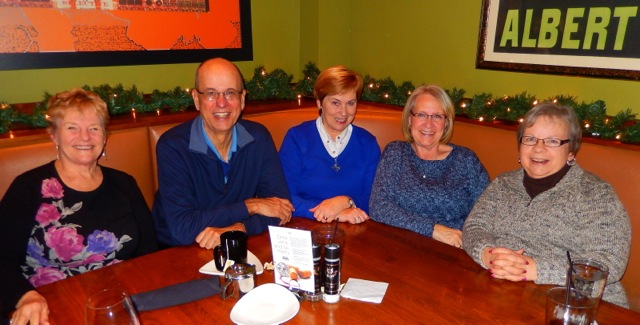 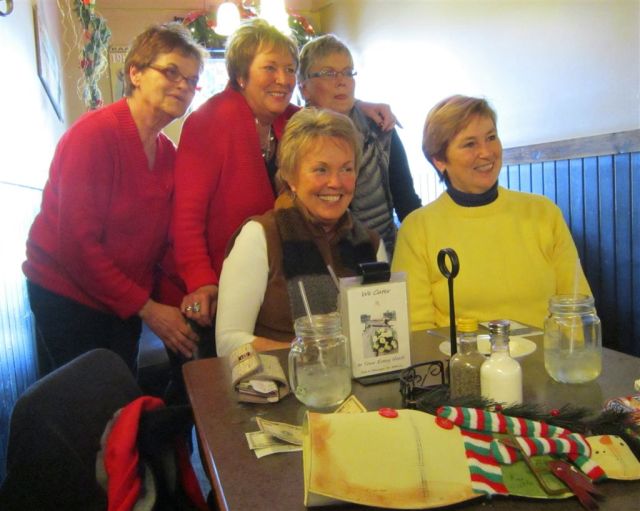 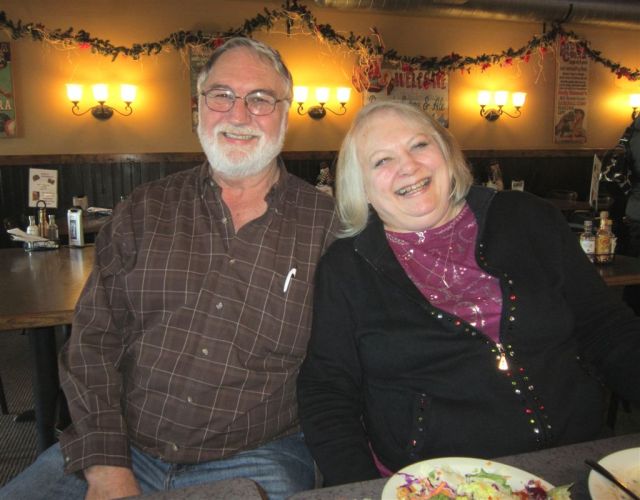 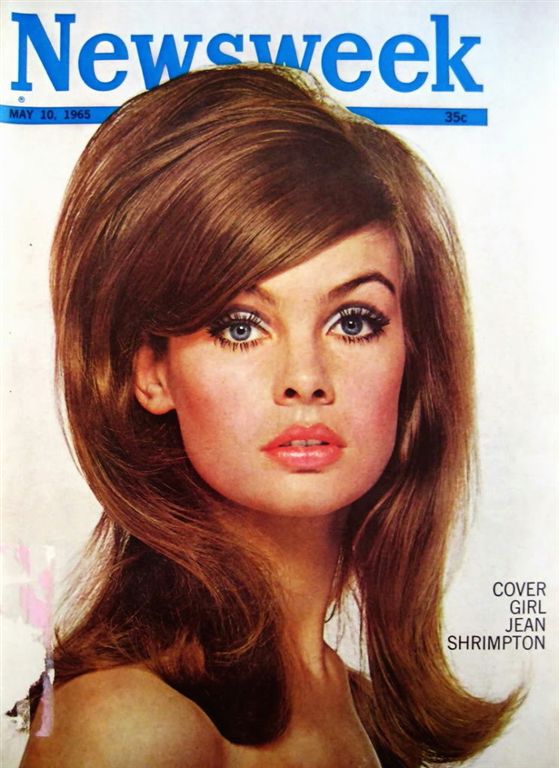 Family Contributions From, The Supervisor:

[This Santa is infested with the saliva DNA of all four Obert children who used him for teething purposes in their pre-teen years.  The wreath above is festooned with the White House ornament series.  It’s not often one gets a chance to use the word “festooned.”]

We decorated light this year in anticipation of events to come.  The tree is festooned (there’s that word again) with ornaments crocheted by Ruthie’s Mom:

* In that in vain, I have been trying to remember for at least a week that I need to visit an ATM.  Every time I get home from somewhere, I exclaim, “Oh, darn (or words to that effect), I forgot to go to the ATM again!”  This morning, after the gym, I actually remembered to go!  🙂  I was so proud of myself as I skirted the usual turn off for home.  I arrived at the ATM, opened the car window, reached for my wallet, and . . . yep, no wallet!  Arrrggghhhh!!!  I had gone for a colonoscopy yesterday and needed to bring my wallet – the hospital needs proof I am who I say I am lest someone else attempt to wrest away my colonoscopy time slot?  I said aloud to myself at the time (the supervisor can attest to this) that I needed to remember to get the wallet out of my coat pocket when we went home!  Of course, I didn’t.  There will be an exorcism performed on my head over the holidays.

Editor’s note:  Of course, the “Wallweeds” (i.e., not Wallflowers), in all venues, are members of the JHS Class of 1965 (thus, we claim Jean Shrimpton, who was also a subject of our ’60’s Pop Culture class this week).  We are in a year-and-a-half countdown to the BIG FIVE-OH reunion!  Classmate Bev Roers Korkowski contributed the first and last of the Wallweed photos.  I don’t remember who contributed Jean Shrimpton (but I appreciate it).

I hope the cub reporter makes it to his next colonoscopy, or at least to the BIG FIVE-OH reunion!