The first reported upon game of the 2011 fall season.  Well, the staff photographer was there on Saturday – I was probably at some music event.  Our Cards won – and, based on the score, in rather convincing fashion.  So, here are the photographer’s photos – like me, he expresses little knowledge about the game of soccer, but I do enjoy following the World Cup every four years.  I do know that if you kick a ball, or hit it with your head, and it goes in the goal, it’s a point for your team.  Yay, team!  I only recognize a few of our players – from other teams last year – but I will try to catch up as the season progresses and I get a roster.

[The field behind Lincoln Elementary School – we need a new high school.]

[The on-site restaurant – we need a new high school.]

[A shot on the DL goal – I know because that is not “Baby Bruiser” defending the net.]

[The above 3-photo sequence appears to have occurred after a Cardinal goal (do I know soccer, or what?)]

[“Well, it’s another year.  Have you paid your activity fees yet?”] 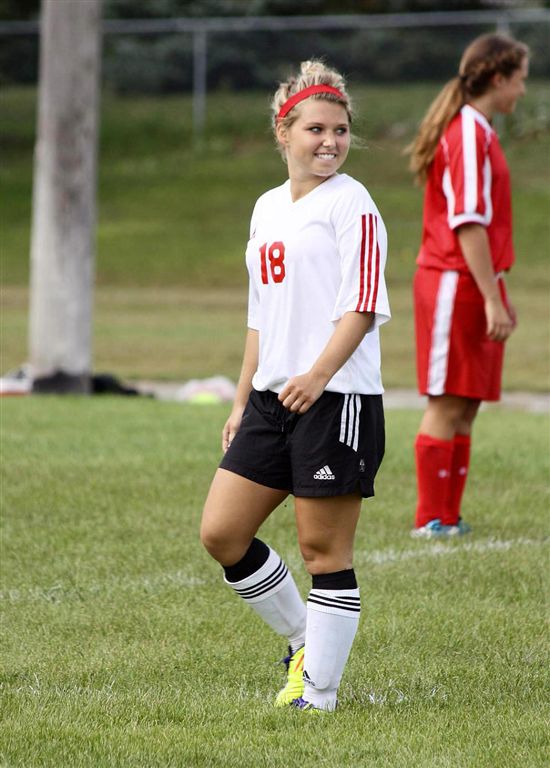 [No. 11 is Becca Illies (from hockey, track) – now that her sister Claire has graduated, I shouldn’t get them confused any more.]

[I would not want to be that ball!] 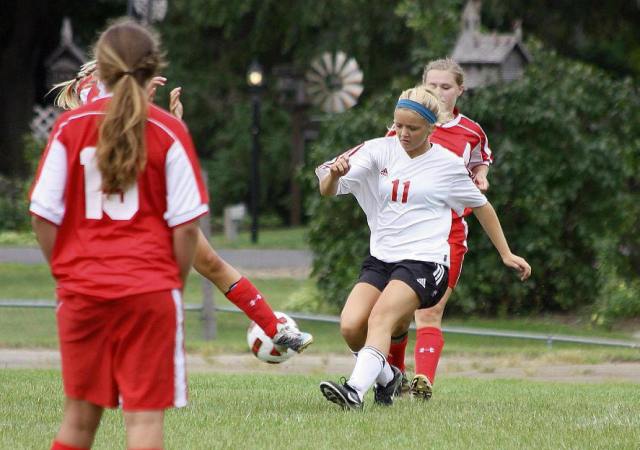 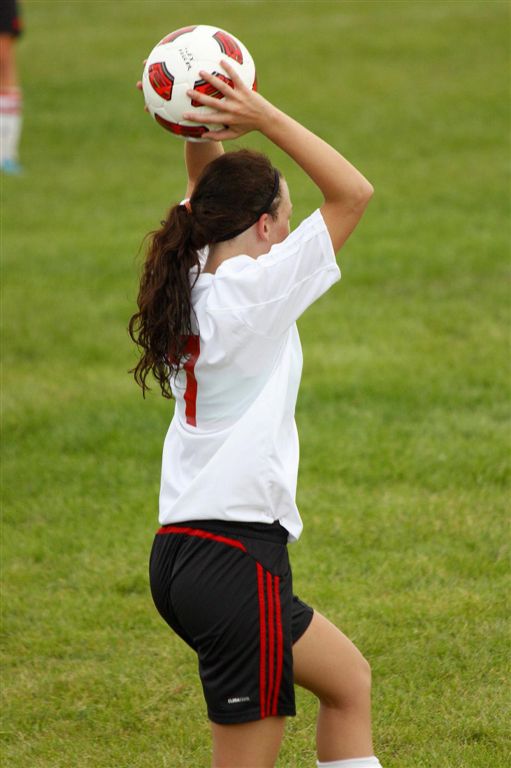 [These are called throw-ins.  They happen when the other team does something illegal (though only a misdemeanor) like kicking the ball out of bounds.]

[This is a penalty kick.  Again, this happens when the other team does something illegal.  As punishment for the illegality, they have to stand in front of the kicker and hope they don’t get hurt.]

[This is the next photo in the sequence.  The penalty kick was successful?] 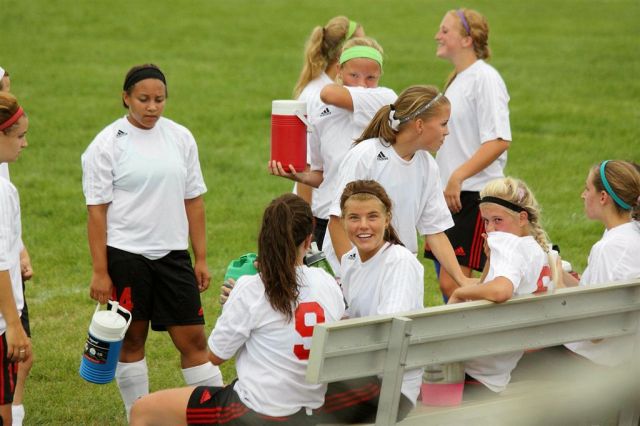 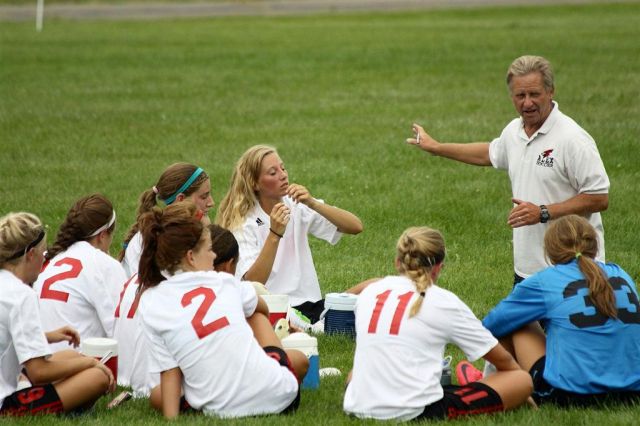 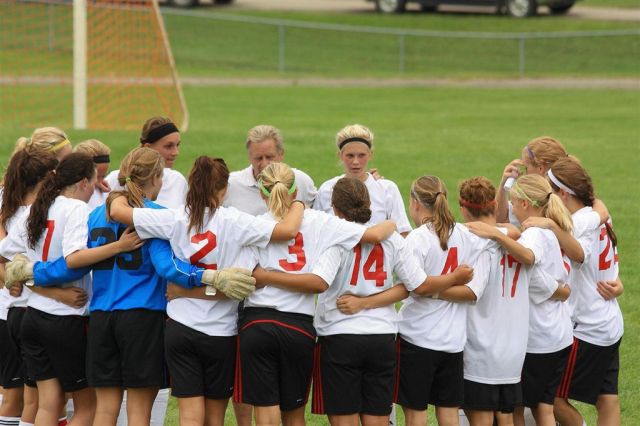 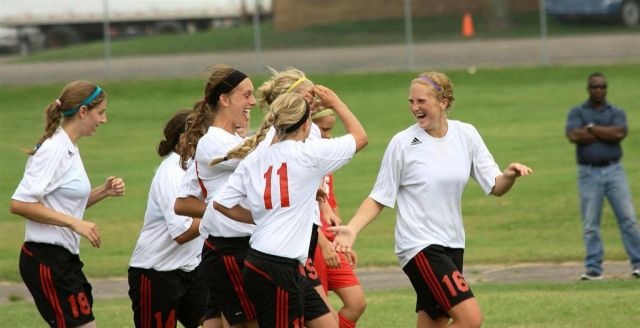 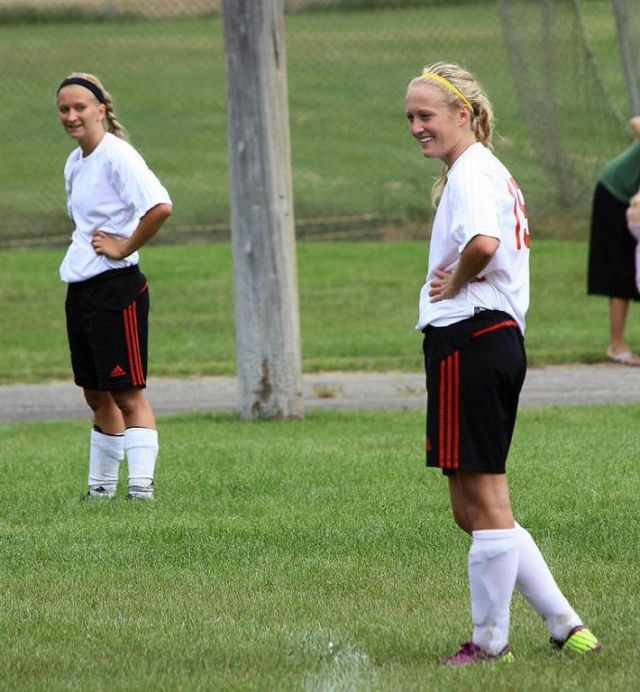 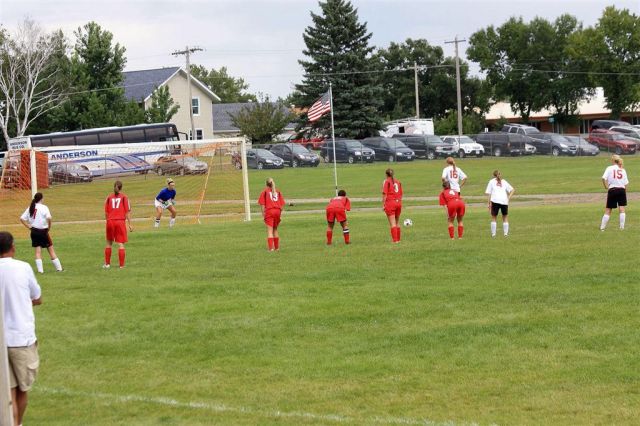 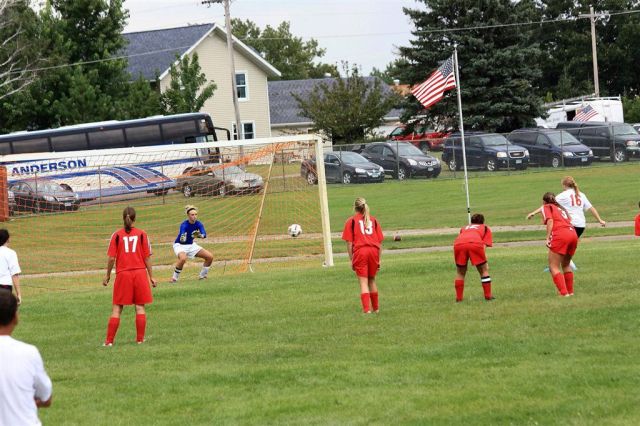 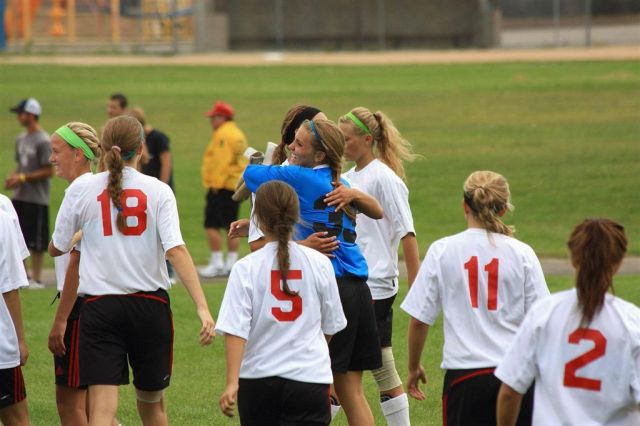 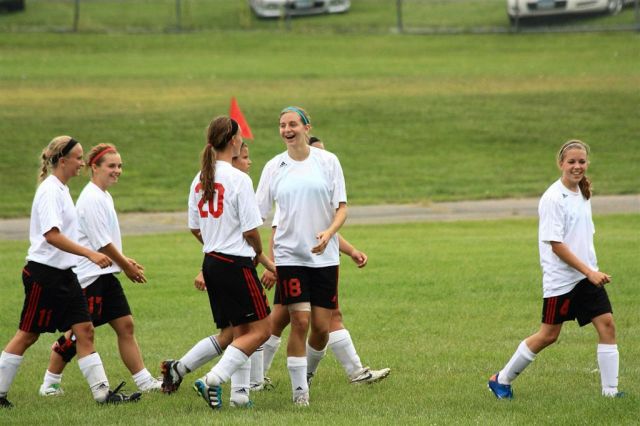 [Postscript:  The power of the international blog elicited commentary all the way from our nation’s capital:

I applaud your efforts to learn the finer points of soccer (futbol), but I think you really need to try something more challenging like field hockey.  Field hockey may be more of an eastern sport (although it is an Olympic sport even for men), but Cari played it for a year and after watching a number of games I was more confused than when I started.  I got the idea of putting the ball in the goal, but I couldn’t understand why the referee was always blowing the whistle.  Did the player raise the stick too high, did she hit the ball too high, did she use the wrong side of the stick (no backhands in field hockey)?  Nobody on the sidelines, even the supposed knowledgeable fans, had any idea.  The only halfway confusing part of soccer is offsides and that isn’t too hard to explain.