The Salty Dogs took SAWA by storm last night.  OK, maybe not by storm – I believe the proprietors just opened the door for them.  Anyway, they attracted a good crowd – a sure sign that summer is ending and people are willing to leave the lake and come into town at night.  They are the first of what will be two more music venues over the holiday weekend – a weekend in which your cub reporter will pass another life milestone and ease ever closer to the protected age group!  The Dogs (that’s shorthand for The Salty Dogs) on this night consisted of Erik Schultz on guitar, Bill Riggs on trumpet, and Tom Mulder on voice and shakey thing – in different venues they also include Annie O’Flynn and Bruce Kelly of Skilly & Duff fame.

You will note on this video, and those following, that they were using mood lighting . . . or they decided the boys looked better in the dark. 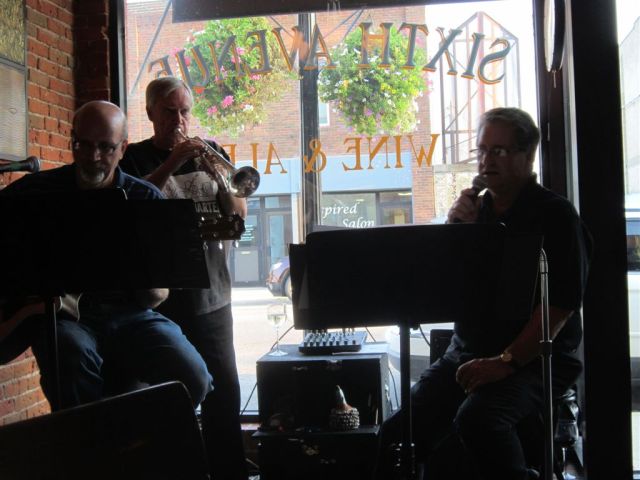 “If I Had a Million Dollars”:  http://www.youtube.com/user/ruthobert#p/u/2/0PJtJBX6LIw

Saturday at the winery, Patchouli had to set up at the end of the patio – a bit of a breeze:

That evening:  Tom & Pam Kiehne are in town from Austin, Texas – though they haven’t been there much this summer.  Tom was “on loan” to NASA in Huntsville, Alabama for 9 weeks.  Then he and Pam went to Ecuador and the Galapagos Islands.  They came over for dinner last night, with Tom’s dad, Merill, and Merill’s friend, Myrtle.  Then we watched a slide show of their trip.  Today we’re all going to the winery to celebrate someone’s 64th. 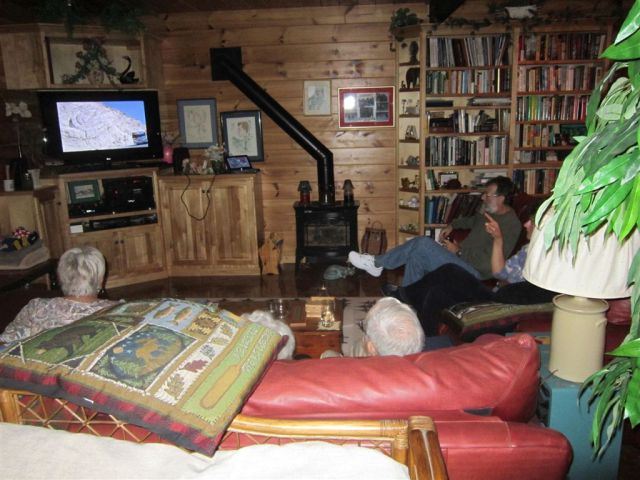 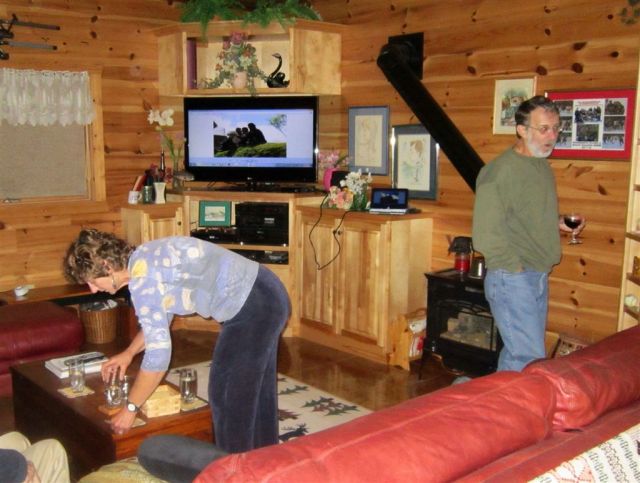 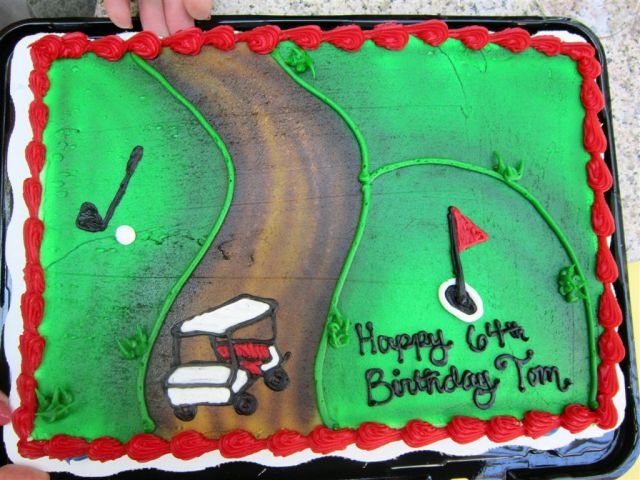 [From the supervisor, for friends and performers at the winery.]

[But first we had early morning present opening – I have no idea how my sister discovered the card for which I modeled for the cover?] 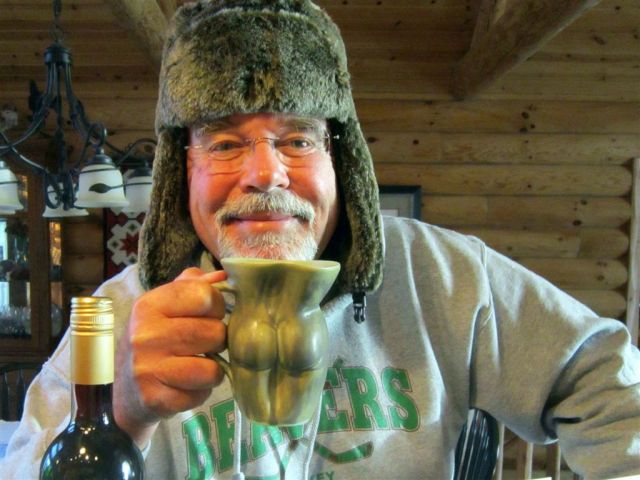 [Then came the present from sister-in-law Rita, you know, one of The Biddies.  What a scamp!  But it is a serious piece of art – and will be only for display purposes – by Kim Anderson (a lady), as noted in the following site.]

And although we saw them later in the day, it seems appropriate to stick Bruce Kelly’s poem here: 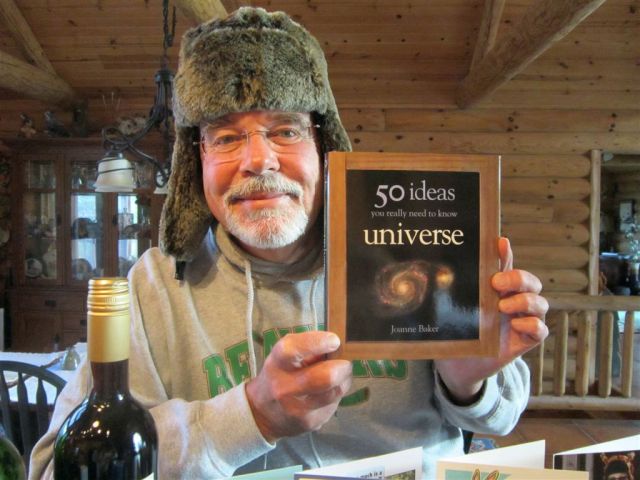 [Then, a fine assortment of reading material from Roy-san.]

[The notebook computer from the supervisor – OK, it’s in the mail!] 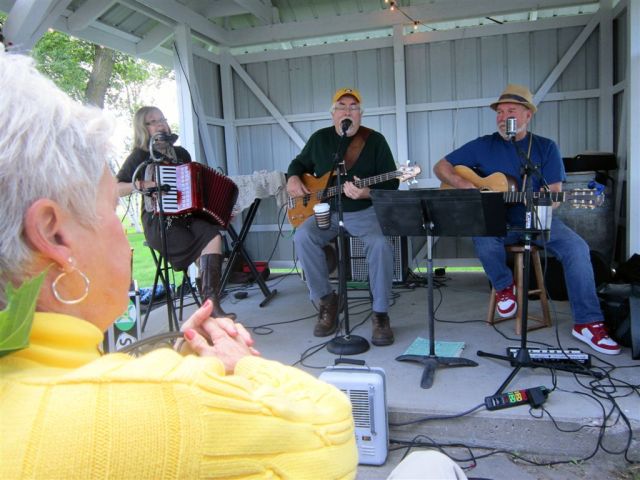 [Then it was on to the winery and Skilly & Duff & Annie.]

And the group did “When I’m Sixty-Four” – many thanks again for that guys!:

And finally (I think), thanks to Stephanie and Pat Osterberg for the beautiful “Happy Birthday to you” phone call, and the cake!:

To Rita, for the artwork; to Roy-san, for the books; to the Kiehnes, for the wine and slide show; to all for your cards and letters; and to the supervisor for arranging the whole thing! 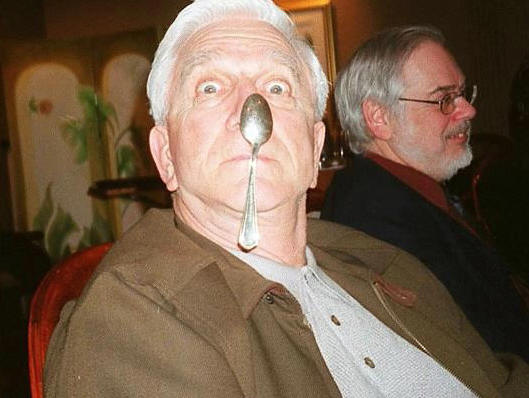 [An aside:  An e-mail exchange with Minneapolis StarTribune sports columnist, Jim Souhan, regarding the blog story on Basketball Dan:

August 31:  Thanks for today’s column.  It’s nice to hear other fans have the same appreciation for women’s sports.  We have a bunch of retired folks here in Alex (those who don’t snowbird) called the Super Fans who follow our high school sports teams – mostly the girls.  We caught a lot of grief about it at first, but people are catching on.  Our girls’ basketball team last year was probably the most athletic in the state – it was great fun watching firehouse basketball.

Regarding your comments on Lindsay Whelan – precisely.  I have thought since her senior year that she is the most important athlete in the U’s history.

Thank you, Tom. We’re obliged to cover the big stories and the most prominent teams, but I have found the Lynx to be very entertaining this year.  –   Jim

September 4:  Jim, Hi, sorry to bother you again.  It’s just that this is a sports accomplishment I can’t believe has been replicated by anyone else!  He seeks no notoriety –  enjoy.  – Tom

Tom: Very interesting. Let me know if he’d ever be interested in talking about this for a column. I’d love to write it.  –  Jim

Thank you.  I will forward this to “The Great One.” Maybe he would consent if he could wear a paper bag over his head.  Ha!  –  Tom

Just returned home after dodging floods in NJ…was able to get to 3 of my 4 scheduled tennis days at the Open [US tennis].   Re the interview: not going to happen.  –  Basketball Dan [Party Poop]]