How I Spent My Spring Vacation, Part I

We have been gone from Vacationland USA for eight days now. Yesterday morning, next door neighbor, Dangerous Dan, called us in Sarasota to say Alex was “enjoying” another blizzard – the on-line Echo said it was another 10″ of snow. Meanwhile, here in the South, the supervisor was making sure we achieved the principal purpose of our visit – a stop at the orange ice cream stand! 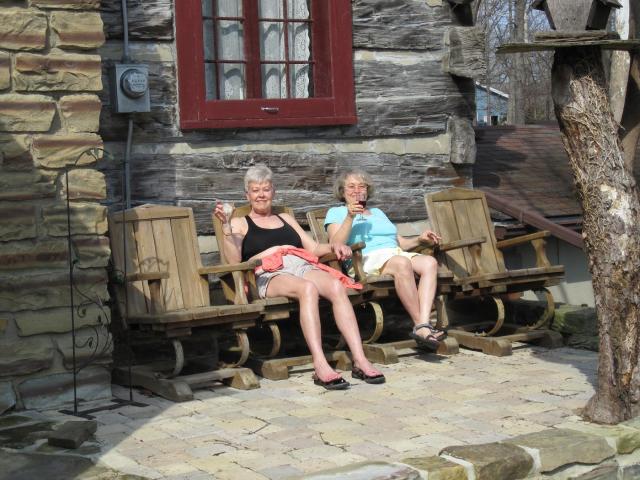 [Day 1 after the girls’ state basketball tournament.  With the supervisor’s sister in Nashville, Indiana.  Here The Biddies enjoy the sunshine along side Rita’s 75-year old log home.] 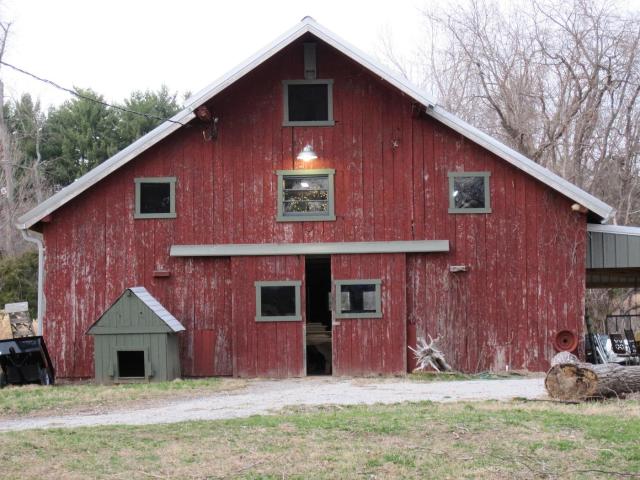 [Nashville, Indiana is a small artists community.  Here we visit the “studio” barn of friends Cindy and David Dale.]

[The Biddies and I arrive in Lake City, Florida.]

[Day 2, the supervisor at hosts Mary and Crazy Dave Owen’s in Sarasota.] 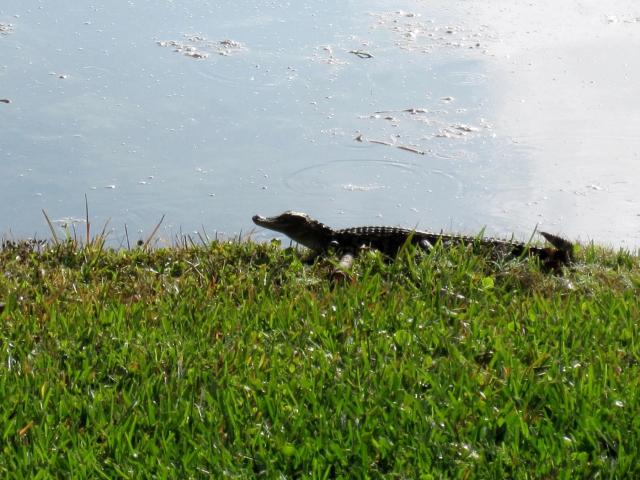 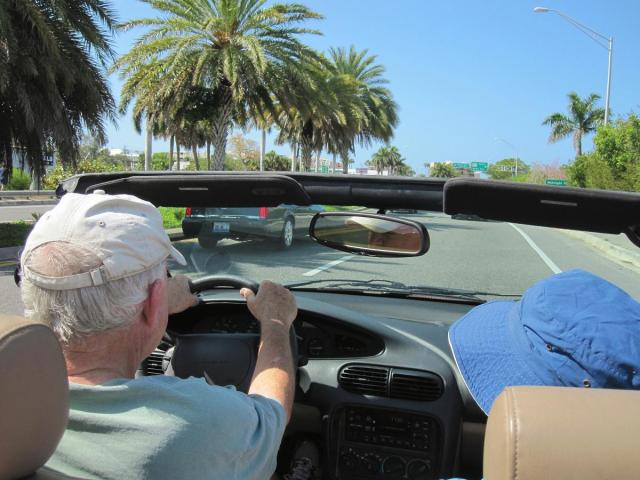 [On the road in the Sebring convertible to Siesta Key.]

It is almost impossible to find parking at Siesta Key.  Crazy dropped the three of us off so we could amble the beach.  It is not clear what Crazy did during that time: 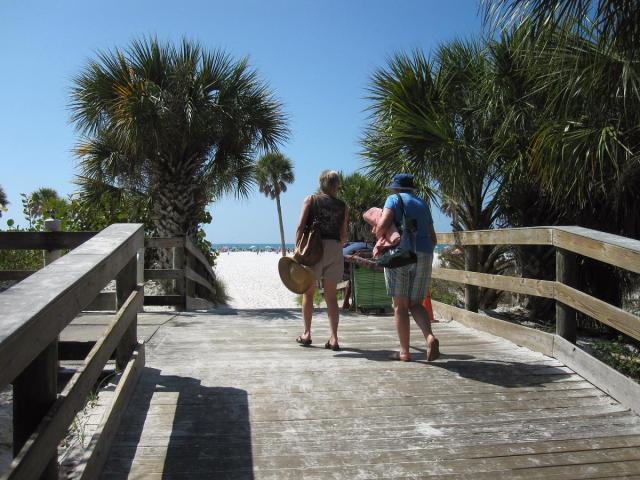 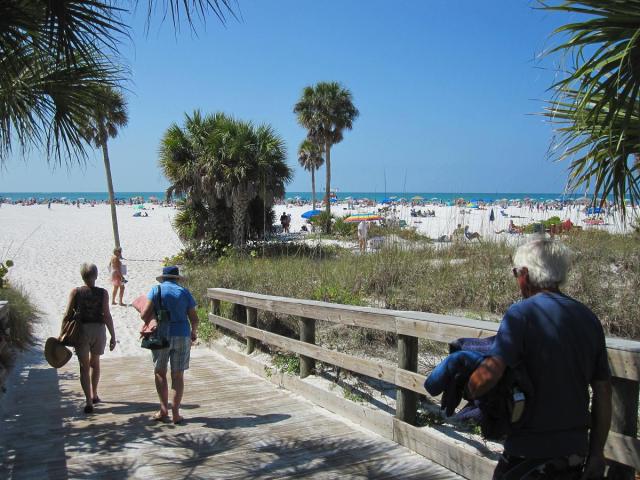 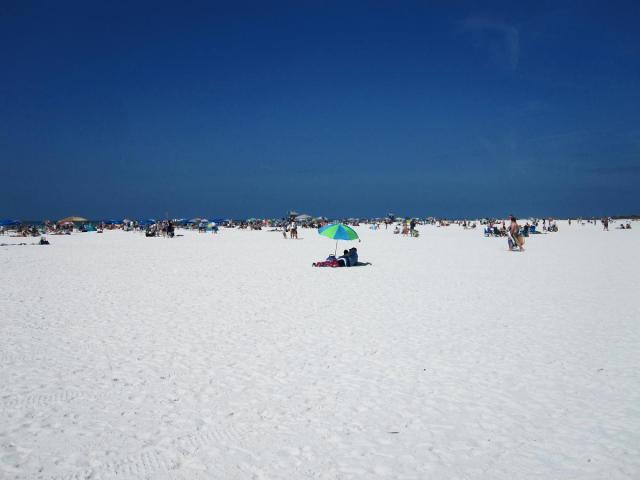 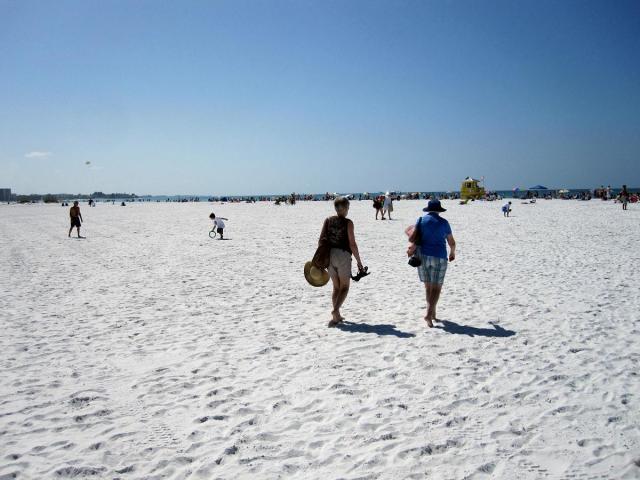 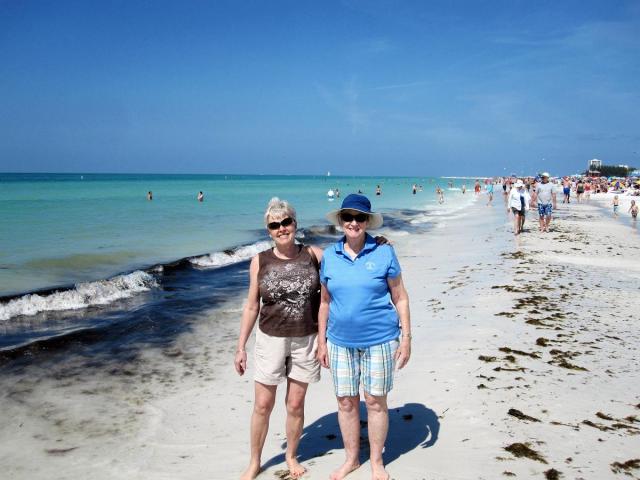 [Beautiful place -remember you can double click on the photos to see them full size.]

Then it was off for a quick nosh at Spanish Pointe:

Then off to the orange ice cream stand: 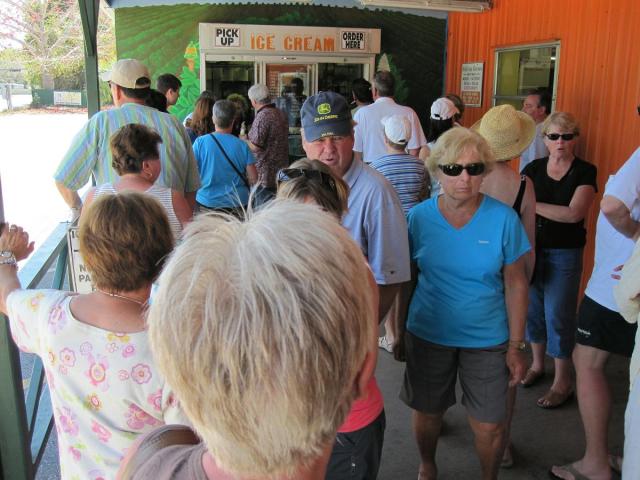 Then off to the “club” for dinner: 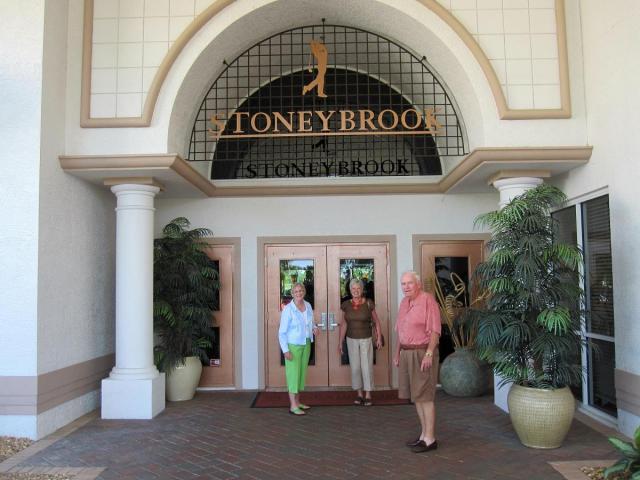 p.s.  Did I mention:  Mary and Crazy Dave have a granddaughter named Alexandria?  That we drove through the University of Florida campus in Gainesville on the way?  That is where Ruthie got her Masters degree in “foreign military sales.”  We looked for a photo op for Ruthie at her alma mater, though she advised us it wasn’t an attractive campus.  She was right.  That Mary and Crazy Dave hosted a neighborhood pool party last night?  Apparently Crazy is tolerated by the locals despite his penchant for Ohio State paraphernalia.  There was a large contingent of Canadians at the party – as well as sand hill cranes.  It is not clear whether the Canadians – or the cranes – are here legally or not. 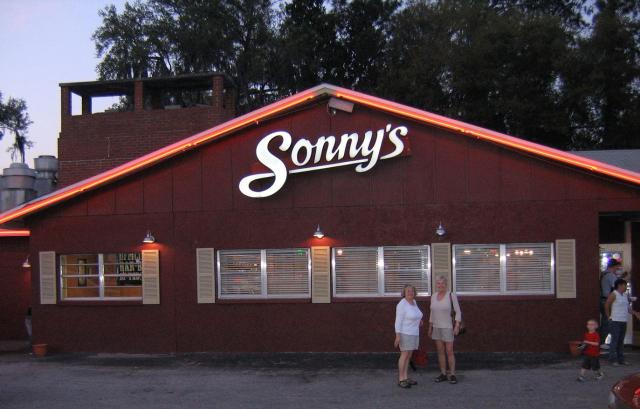 [A hint of old Alexandria?] 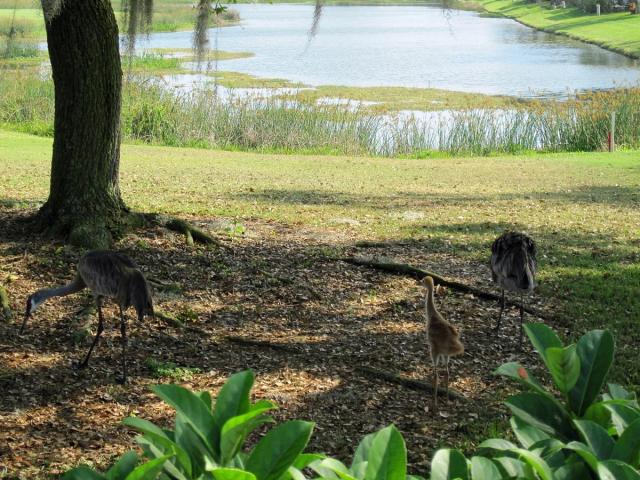 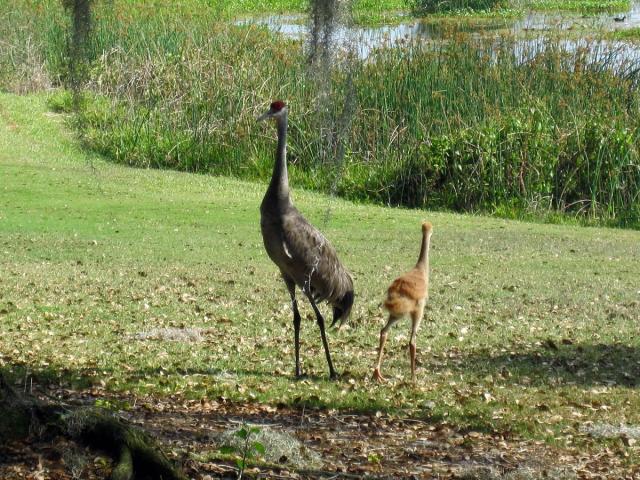 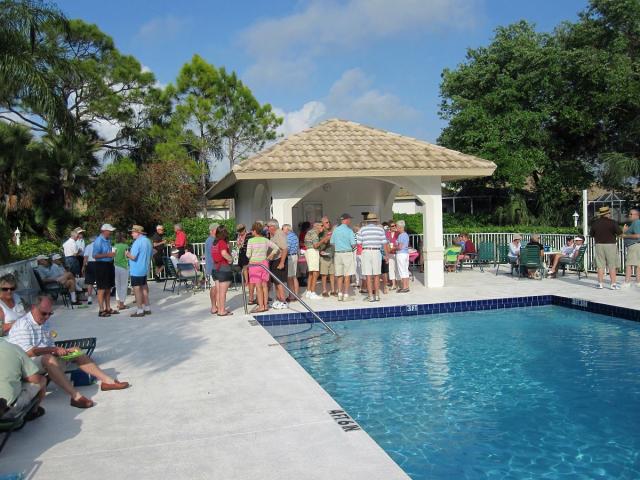