[Harkening back to July 23, 2010 – the Alexandria premier of this movie starring Alexandria native son, John Hawkes. We now know, as many of us predicted at the time, the movie has been nominated for an Oscar as best picture and John has been been nominated as best supporting actor (I hate to be picky, but I thought his was a lead role!). As this is also an all purposes arts and entertaiment blog, here is our report at the time.] 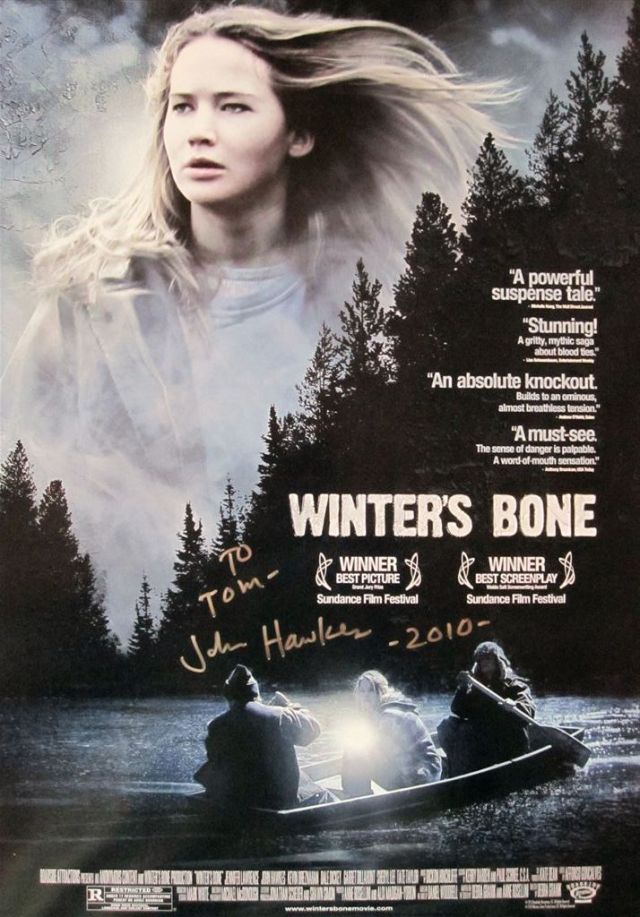 There was a luncheon meet and greet at Alex’s Cinema 9 today. Alexandria’s own, John Hawkes, was here to present his new movie – Winter’s Bone – before a sold out house. The movie won the Sundance Film Festival – John played Teardrop, the 2nd leading role in the movie, behind the 18-year old lead actress, Jennifer Lawrence, and they both were terrific. It’s a very dark movie about meth producers in the Ozarks. When asked if there is an Oscar buzz, he said certainly Jennifer would be considered – but I suspect he will be too. He, as he noted himself, is a rather slender, unintimidating guy, but his character on the screen will give you pause. After the showing at Sundance, he said Nicole Kidman asked him to be in her next movie. His biggest box office movie where he had a major role is probably The Perfect Storm. But he said Winter’s Bone is his best role. Though he has made many movies, maybe this one will make him a household name at age 50.

Here are photos of pre-movie stop-and-chats with him. At the end of the movie he took questions from the audience for about 45 minutes. He was very good at that I thought – gave wonderful explanations about the making of the movie. Ruthie got a signed poster for grandson Tom. 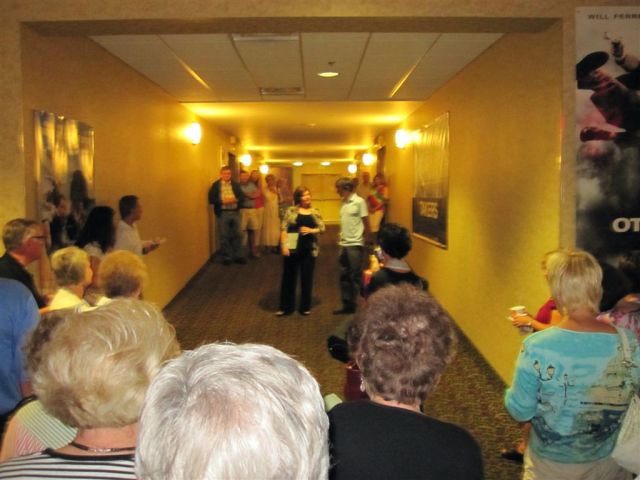 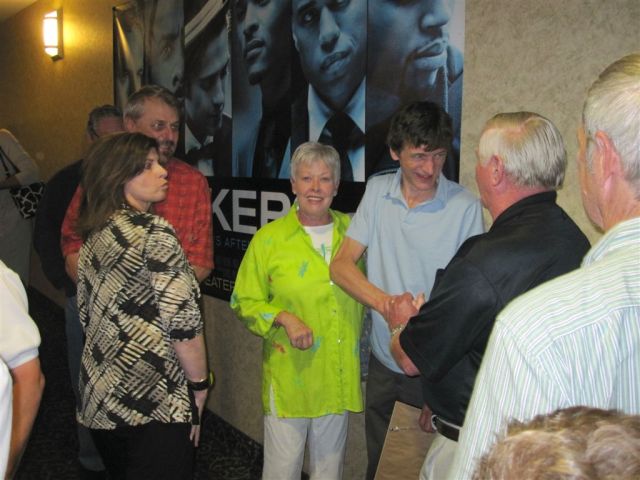 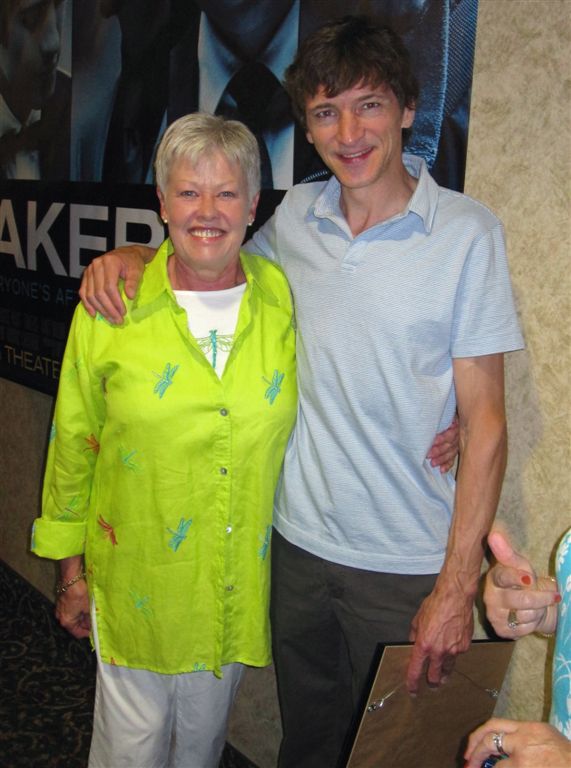 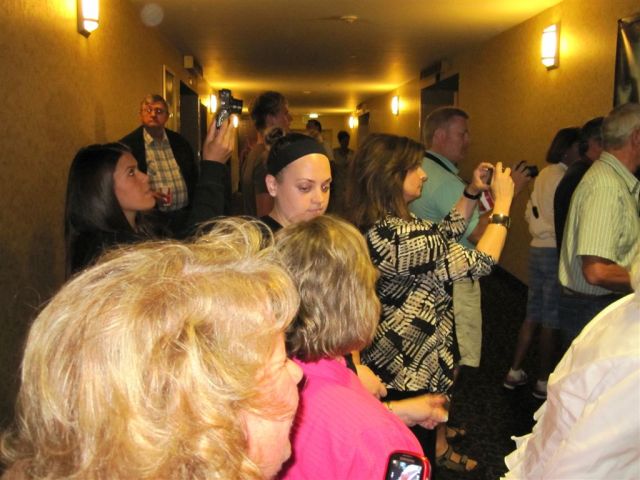 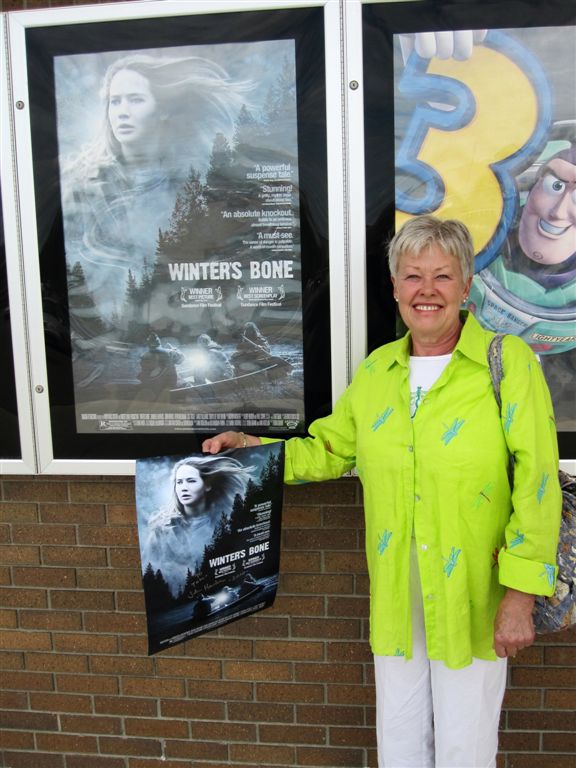 The Alex class of ’77 is pretty impressive: Mr. Hawkes; Tom Lehman; and John Hammergren, the CEO of McKesson, Inc., the largest health care company in the world!

[A response to the above from friends in San Antonio.]

Sandy and I saw Winter’s Bone over a week ago and I REALLY liked it. Our local critic gave it 4 stars. So your e-mail is very timely for us.

[A response to the response.]

Interesting stuff (well, to me) – John said they fought hard to have the movie made in the Ozarks (rather than, say, Vancouver, where it would have been cheaper). They went house to house in the two counties where it was shot, explaining to individual homeowners what they wanted to do and if it was OK. The house where the main character, Ree, lived with her family is the actual house where the young girl who plays her little sister lives in real life! In the scenes where she is looking in the closet at her father’s clothes, those are the clothes of the real life father who lives there. He said about 40% of the characters in the movie are locals, not professional actors. He guessed the movie, which was made in 23 days (rather than the usual 90) probably only cost about $1 1/2 million to make – incredibly cheap in this day and age. 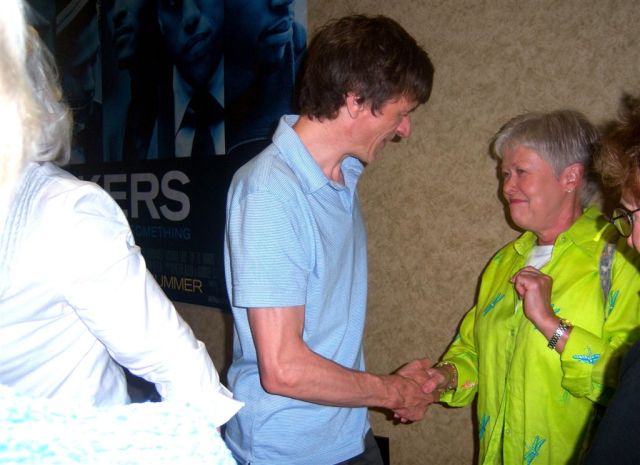 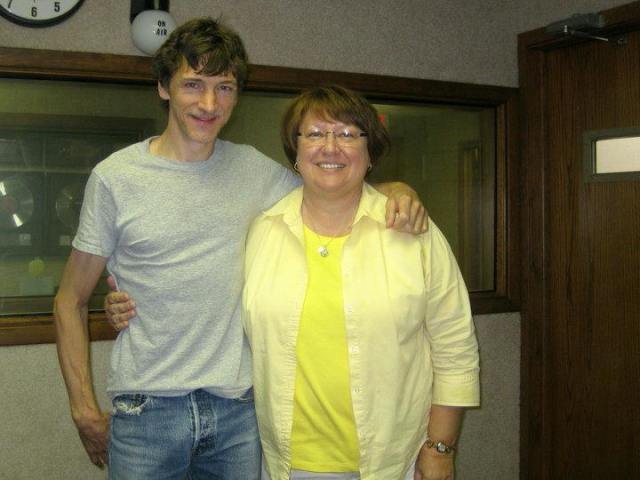 [The actor and Mrs. Alexandria.]

From the Echo Press: