As this reporter was driving home from the girls’ hockey game Saturday, I listened to the KXRA broadcast of the boys’ basketball game at Fergus Falls. The Cardinals were ahead 70-59 with 1:48 left in the game when I pulled into the garage. Well, a nice road victory, I thought.

Sunday morning while hard at work on the press deadline for the hockey game, I checked the StarTribune website for final scores on both the boys’ and girls’ (they were playing at Detroit Lakes) basketball games from the previous evening – to use as “filler” on the hockey story. Nada – no report on either game? One of the problems with small town life is the absence of 24/7 media coverage of local events of the day – the Echo only comes out twice a week, and you have to be listening to the radio at just the right times.

The boys’ basketball score finally appeared in the Strib Sunday night – the Cards lost 84-79 in OT. I’m not sure what happened. But a guess is that when last I was listening most of the Card starters had fouled out – Fergus probably fouled a lot, the Cards missed foul shots, and the Otters were able to catch up. The Cardinal Comnection this morning reported Fergus tied the game in regulation on a 30-footer at the buzzer.

The girls’ game never made the Strib. I e-mailed the Trumms this morning and learned the Cards did beat the Lakers. The coach said they were a little leg weary from two games in two nights. Rather than paraphrasing the Cardinal Connection, here’s Coach Kohler, in her own words (I love her story lines anyway):

Alexandria 52 Detroit Lakes 36
The Cardinal defense overwhelmed the Lakers as we were in every passing lane, communicating, trapping, tipping passes, kicking passes J, and just seemed like we were having a lot of fun out there even though the legs were weary. The Cards played together well on both ends of the floor as we held our opponents to out defensive goals on back-to-back nights. It wasn’t our best night on the offensive end, but still balanced in our attack and a solid performance by the TEAM. Scoring was led by LT Trumm as she torched the Lakers with 19 points, 9 steals, 4 kicks J and 5 rebounds. Alli Haar continues to play stellar defense and hit a double- double with 10 points, 10 rebounds, and 5 steals as well. Sambo Trumm added 8, collecting 6 rebounds, 3 assists and 3 steals. Joie Warnes continues her contortionist act with some amazing finishes with 7, Whitney Gesell continues to blossom with every outing adding 4 points and ripping down 8 big rebounds for the Cards. Bri Ebert and Lauren Johnson continue to bring the energy and added 2 each. Marisa Eigen and Emily Peck did not score but helped push it to the finish line. The Cards now stand at 12-2 on the season.

Staff photographer Trumm has promised digital imagery evidence of the weekend’s festivities later this week – he is gainfully employed, after all. Thus, it would now be a good time to highlight, from the Trumm files, the Cardinal “length” that makes their defense so daunting: 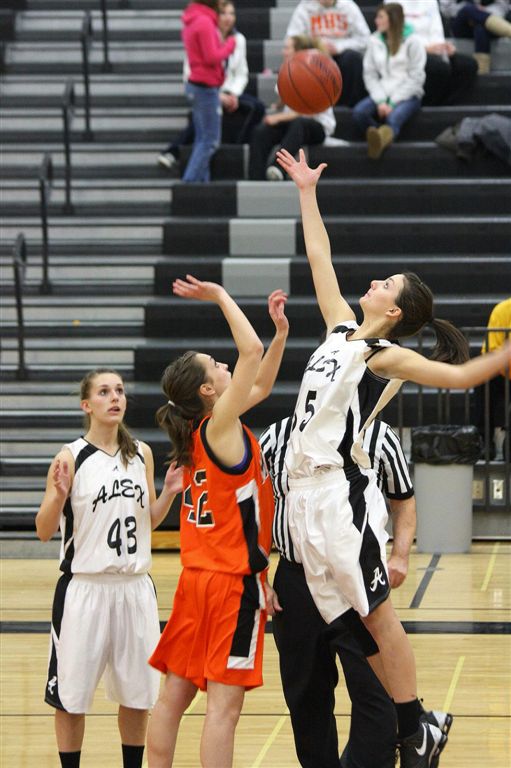 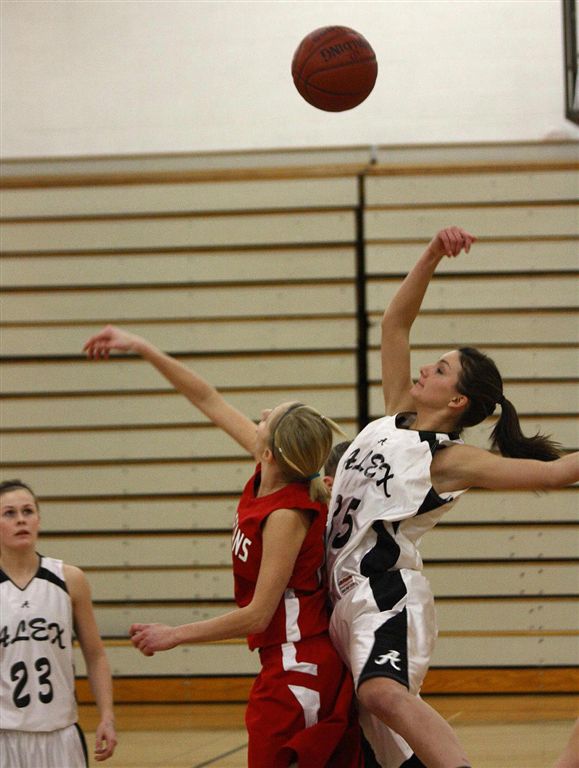 [Lauren at the head of the zone, and jumping out of the picture displaying the stitches she has in her chin as a result of shoe contact in a previous game v. Rocori, January 13.]

[Sam and Alli from a game last year.] 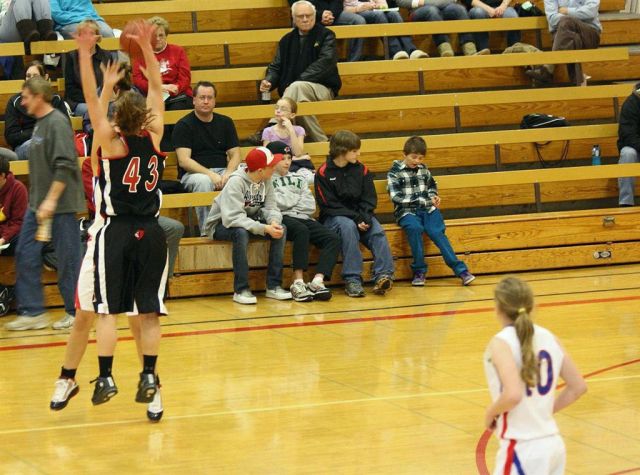