There is an “I” in Assist

There is also an “I” in “me,” which is where we begin our story. Yesterday morning as I trundled off to the gym, the wind chill was 42 below zero. Although Cinnamon Edge sits in a nice, warm garage all night, by the time I had completed the 2-mile drive to the gym it felt like I was driving on square tires. I begin what I laughingly refer to as my exercise program by shooting free throws. My record, from a couple of months ago, had been 17 in a row, and it had only been threatened a couple of times. Before the chill had gone off my body (proving once again that I really am a winter kind of a guy), I made 22 in a row, setting a new record for 63-year old, bald, fat guys from the SW side of beautiful Lake Darling. Is 30 in the future (I don’t recall ever doing that as a kid), or am I just setting myself up for heartbreak? But it was a good sign for the evening’s festivities where . . .

Our Cardinal girls’ basketball team hosted the Little Falls Flyers. The Cards were coming off two tough, close losses to their major competition – Fergus and Sartell (and we’ll get ‘em both next time!). We set a new record for Super Fans at a girls basketball game with the Nelsons, the Rileys, and Dusty – and I had a nice visit prior to the game with high school classmate, Ruth Helie Anderson, who was astute enough to agree with my team analysis that we’re darn good! Little Falls had a nice team – as we kept commenting during the game – with a tough 6’2” lefty center and an all-around good player closing in on 1,000 points for her career. But the Card defense is just too tough. Although the final score was 64-38, it seemed closer than that – the Card defense gets so many points you forget they are pulling away.

The Trumm sisters led the way – I believe Lauren had 21, and she does it so quietly because it’s always within the flow of the game. Sam had 17, I believe, and Joie was also in double figures. Alli, as noted in the following video, had 5 of the team’s first 7 points. I think she only scored two more because . . .

We were commenting throughout the game how well the team was passing. If they dodn’t have a fast break, they were very patient on offense until they had an open cutter inside. And they had some beautiful ball movement setting up easy scores. We sometimes think they are too unselfish and should shoot more. In the case of Alli last night, it seemed like she decided I’m going to rack up some assists tonight. For all her other skills, she is probably best as a passer – a point forward. She’s tall enough to see over the defense and can whip passes around to all corners of the court. I do not know how many assists the team had last night, but it seemed like every basket came on an a nice pass.

Tonight, our girls hockey team, always looking for someone their own size to pick on, is hosting Fargo South, 1,600 students (2,100 with freshmen)! We’ll be there for board-to-board coverage.

And a reminder to local musiuc fans. Matt Veline (Ruthie’s other boyfriend) is at the winery from 2 – 6:00 today: 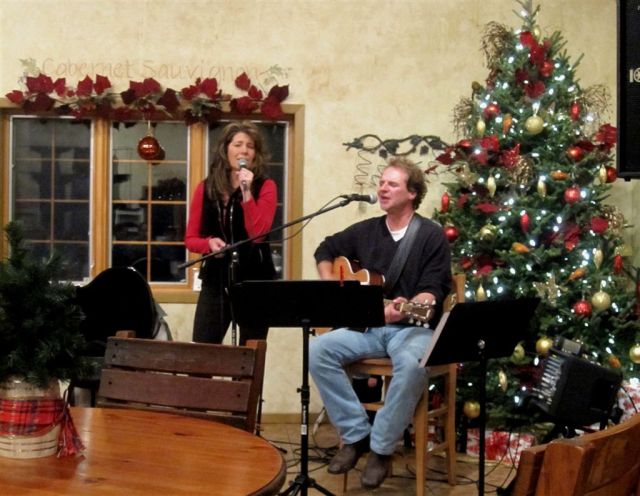 [p.s.  We’re back to shoveling snow.  We got about 3″ inches of below zero snow yesterday – meaning it was incredibly dry and light and immediately packed into glaze ice on the roadways.  [Ken Howell recently did a round trip to Sioux Falls.  He said the roads were miserable all the way – he was exhausted when he got home.]  The supervisor had been house bound all week with a bad cold – she ventured out for the first time yesterday to shovel, because that is what she does.  Still double digits below zero this morning as I headed out, shoveling the slab first.  The following shots are from this morning.  On the latter, from Centennial Lane shooting south toward the city, you can still see the smoke from yesterday’s big SunOpta fire some 30 hours later (check Echo Press or KSAX websites).  It seems bitterly cold weather always produces a major fire.] 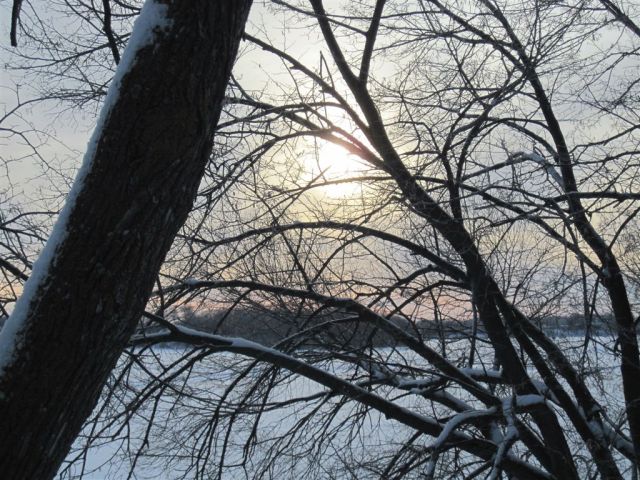