For reasons that will only become clear in mid-January (likely), we will not be able to produce a timely Merry Christmas (no “war on” here!) blog this year. I know a number of you may endure miniscule hardships as a result . . . my apologies.  In lieu thereof, the Christmas letter of 1990 was significant in that there were major family events . . . and it was the first year I shamelessly pilfered Dave Barry’s Year-in-Review format:

January 1 – The new year begins and I refuse to go near a scale. 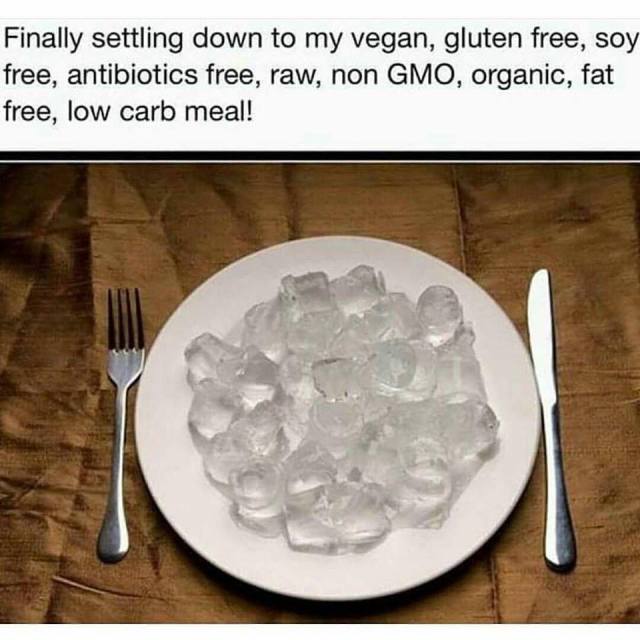 February – Temperatures far above normal – an abnormal warming trend that meteorologists claim is the result of pent-up desires of a record number of golfers eager to return to the links.

March 24 – April 4 – Aunt Pearl and Uncle Ted host Ruth and me in Colorado for the NCAA Basketball Tournament.  Ruth and Ted ski; being of allegedly sound mind and body, I sit in the safe and warm comfiness of the lodge and contemplate more serious matters.

April 9 – We grieve the loss of Uncle Dick, a lifelong joy to family and friends.  We are heartened that he was able to return to his beloved Minnesota and, as the world’s No. 1 sports fan,  see his Golden Gophers come within one shot of going to the Final Four shortly before he died.

May 1 – A Hallmark holiday without much meaning for those long since graduated from elementary school.

June 21 – Katy, Karen, and Cam [pre-Michael John] move back to Minnesota – the state subsequently succumbed to political weirdness as the fall elections approached! 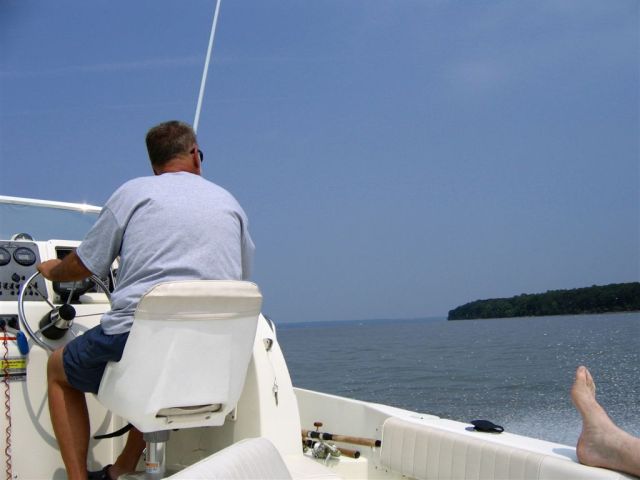 August 4 – 10 – Resorters Golf Tournament in Alexandria where I totally embarrass myself and Cam gets blitzed by a 14-year old.  Cousin Barb saves family face by capturing the women’s title. 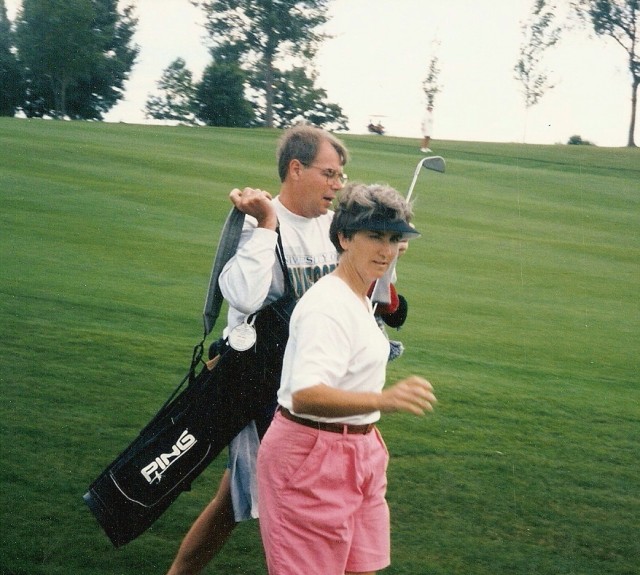 August 17 – 19 – 25th High School Class Reunion and I’m obviously (as everyone else also thought) the youngest looking person there!

August 20 – Natalia relieved that the run of summer guests is finally over.  But as we all know, THAT’S WHAT YOU GET FOR LIVING ON A LAKE IN MINNESOTA (or, “Minnesota, My Minnesota,” the state anthem)!

August 31 – Gretchen (“I’ll never get married!”) gets married!  What else can one say? – Welcome to the family, Mohamed.

October 13 – On a hot, muggy day, the Mavericks win 5 softball games in a row for the severely aging team’s first championship in three years.  Several muscles are pulled in the ensuing celebration.

October 20 – Basketball Dan and Pam arrive from New Jersey for a bike trip to Mount Vernon.  No serious injuries are reported. 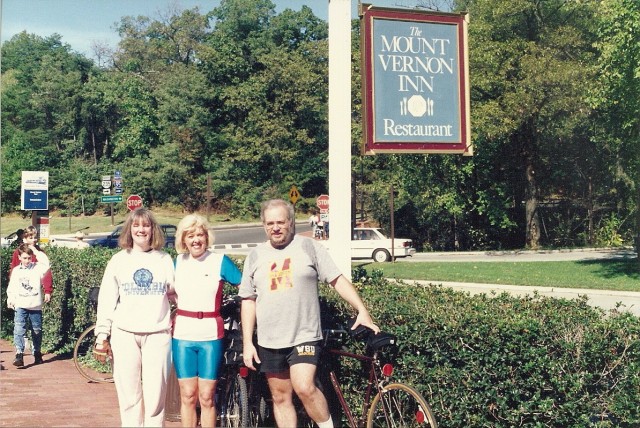 October 21 – At long last Basketball Dan is taken for his dream meal at the Cozy Inn (a rustic country inn?) in Thurmont (Camp David), Maryland.  He discovers a touristy, pig-out joint and promises never to forgive me.

October 25 – 27 – Fishing trip to the Outer Banks is cut short by a nor’easter which collapses the Oregon Inlet Bridge – one can only bowl so many games. 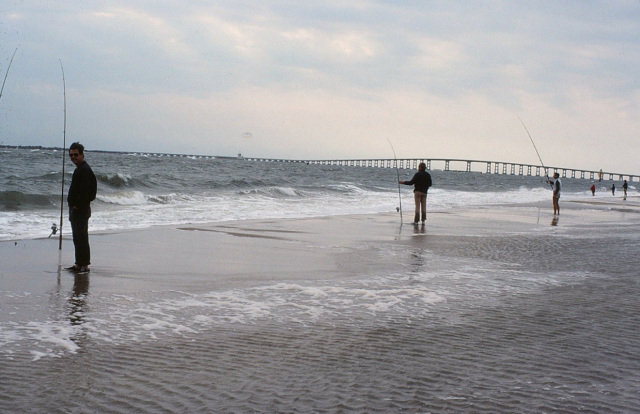 November 7 – Newt Gingrich wins reelection by .6% – claims national mandate.  [Well, she turned me into a newt!] 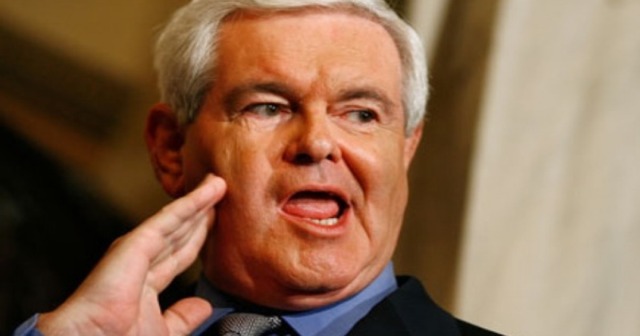 November 21 – For the first time in memory (?), I arrive at work and discover and find that my underwear is on inside out.  Yet another sign of creeping senility [Editorial comment: And that was 17 years ago!]

November 27 – USA Today makes my day by headlining that “thinning hair is in.”

December 3 – The Government announces further, in a continuing series of, hiring freezes.  The youngest remaining bureaucrat allegedly is eligible to retire within three years. 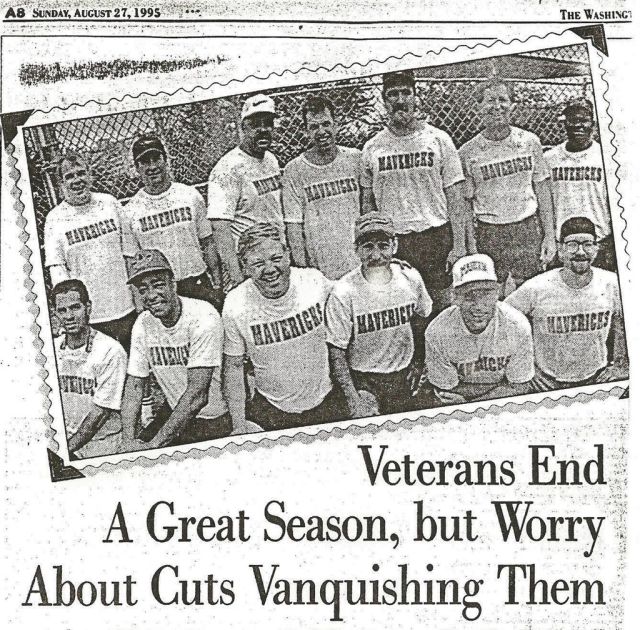 It really was quite a year!  (All photos were subsequently added strictly for purposes of this blog.)

Aren’t we forgetting the true meaning of Christmas. You know, the birth of Santa?  ~ Matt Groening