The Tuesday/Thursday games last week were against Sauk Rapids/Rice and Willmar – in some semblance or another, the No. 1 and 2 teams in the section and the conference.  We lost the home match to SRR in 5 sets; we beat Willmar at their place in 5 sets.  Pretty good week! 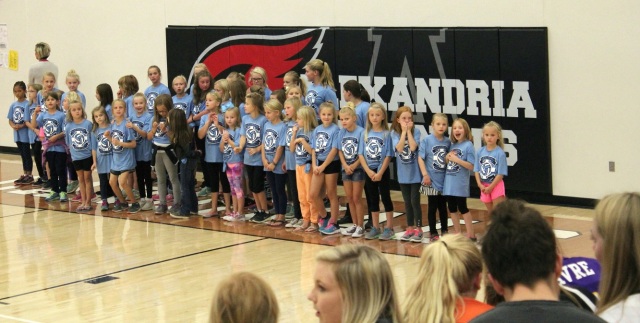 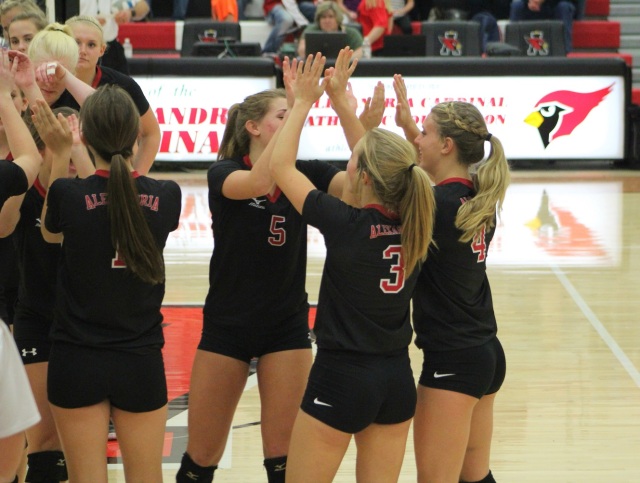 [We obviously have changed sides . . . I’m sure you picked up on that.  Here we have McKenzie Duwenhoegger (11), a junior, and Erika on defense.  We lost the first two games, and didn’t look particularly good doing so.  But there would be a turn around.] 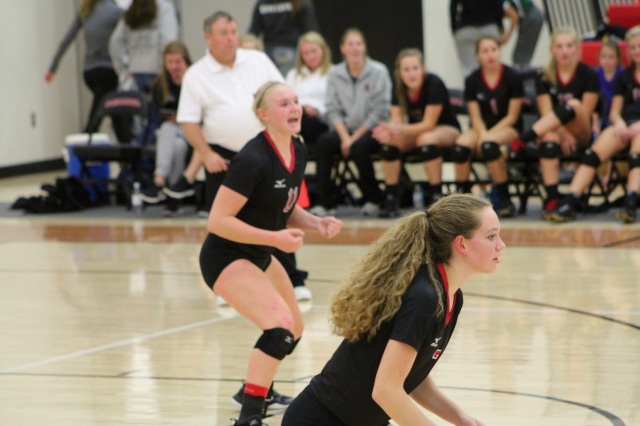 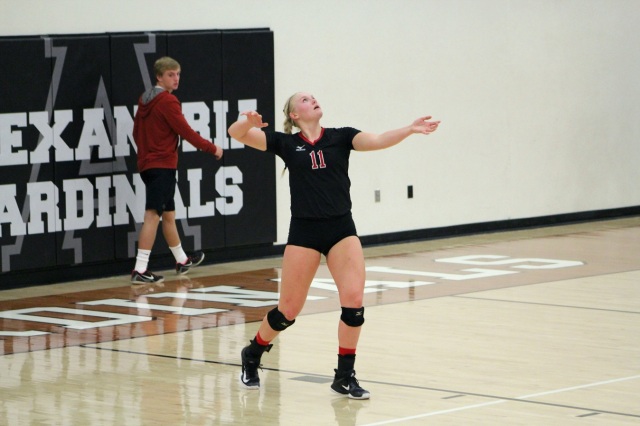 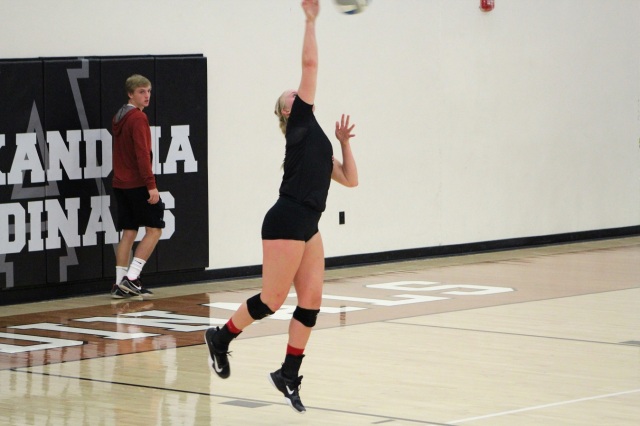 [Senior Tori Jeseritz (2) in the hands up blocking position.] 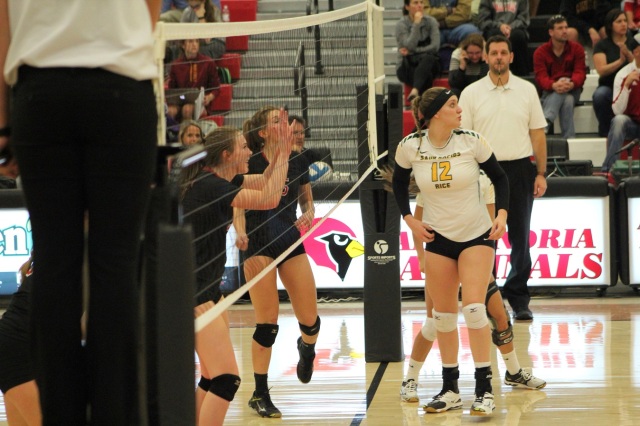 [Erika and libero Devany Johnson (9), a junior, on defense.] 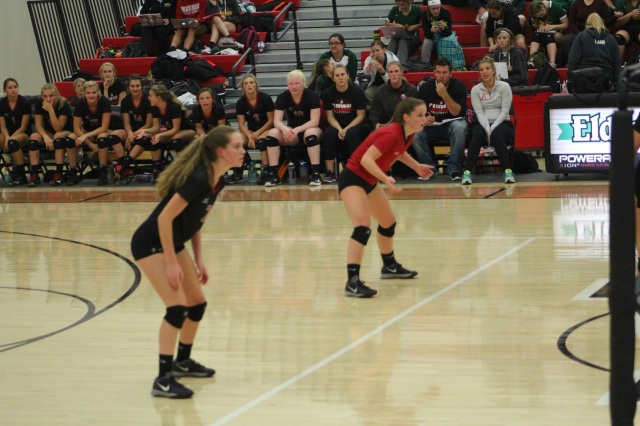 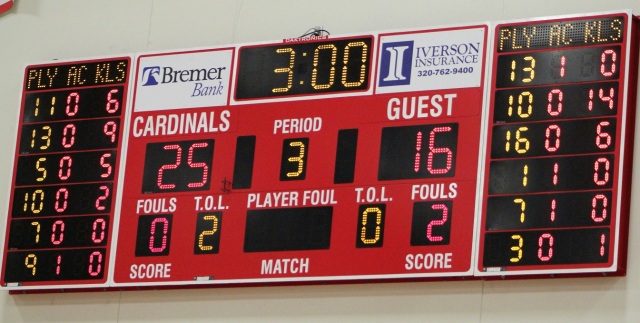 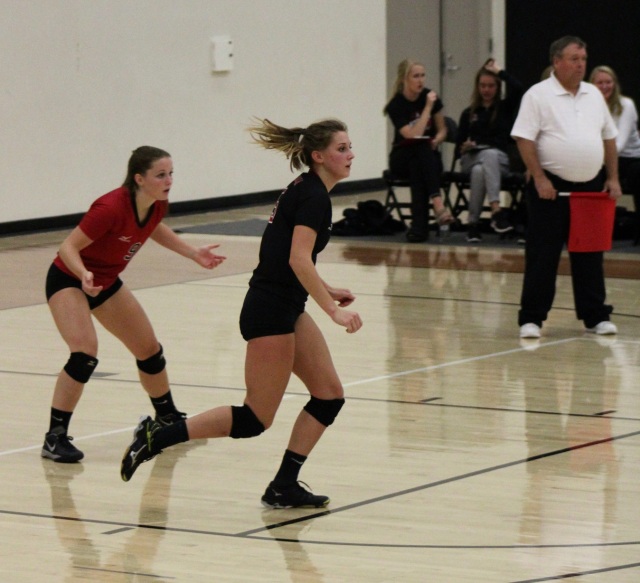 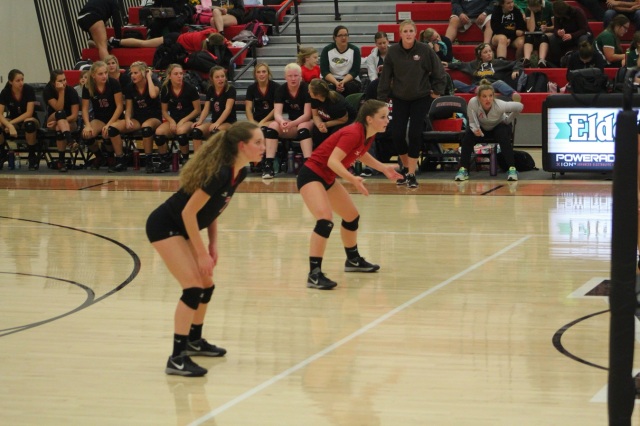 [Probably the best game I had seen us play all year – totally dominated the No. 1-ranked team in the section.]

[We don’t have great height, but our blocking is pretty effective.]

[Here with Mia, Tori, and Kendra.]

[Either because of the energy spent catching up, or thinking Game 4 had us on a unbeatable roll, we dropped too far behind too early in this last game . . . ] 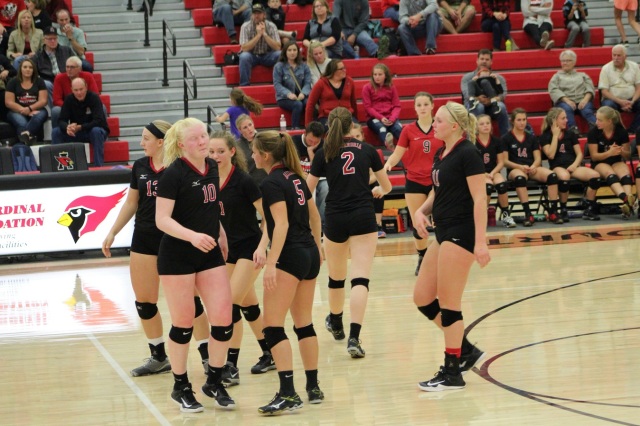 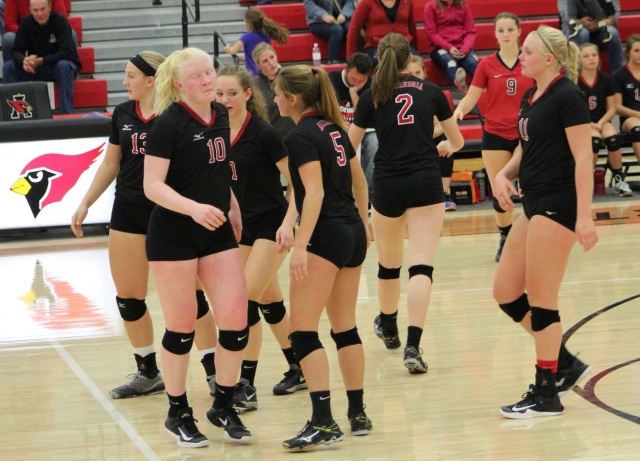 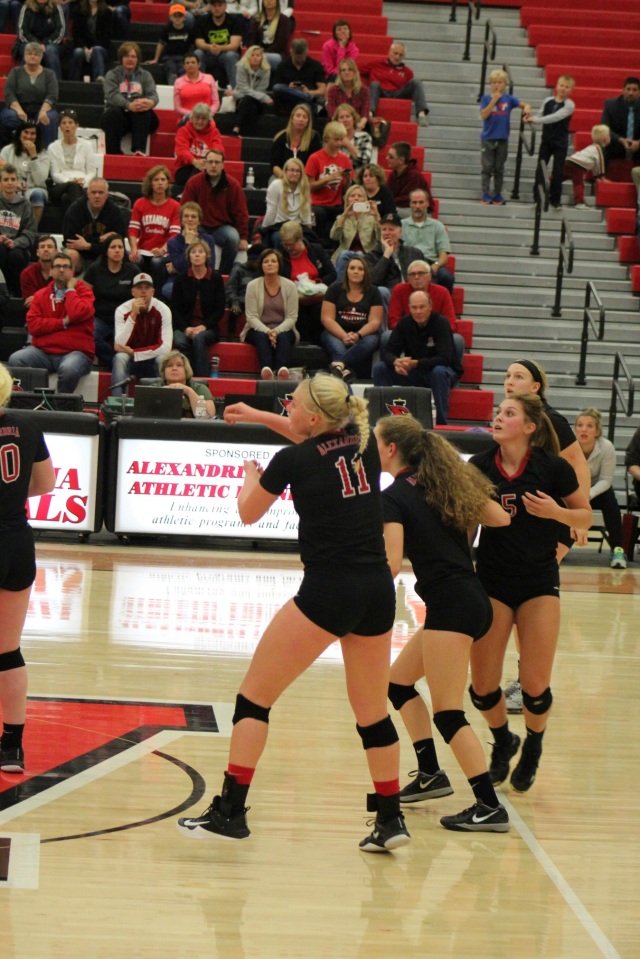 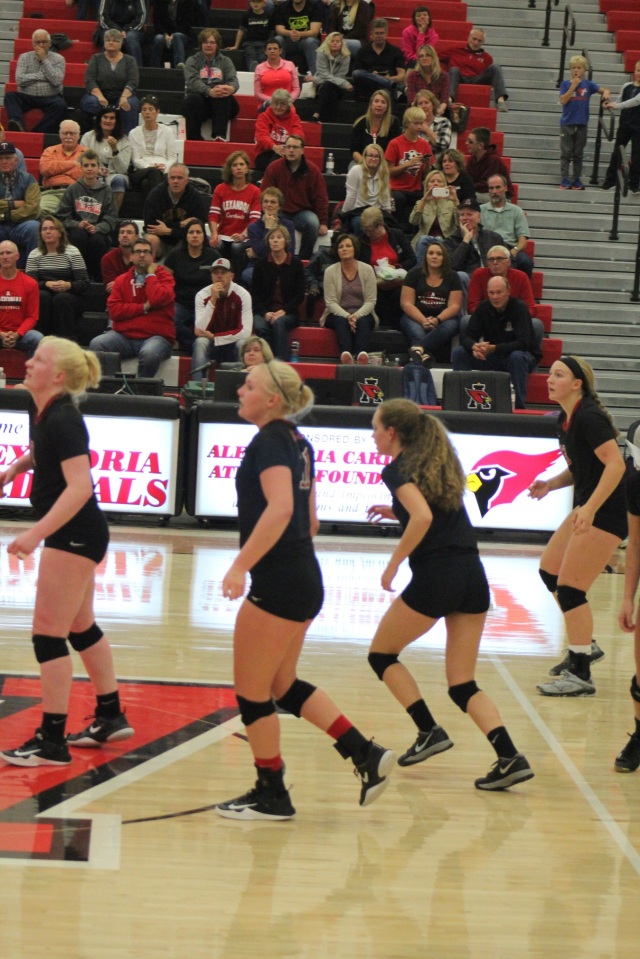 [We’ll leave you uplifted.  There are good things ahead for this team.] 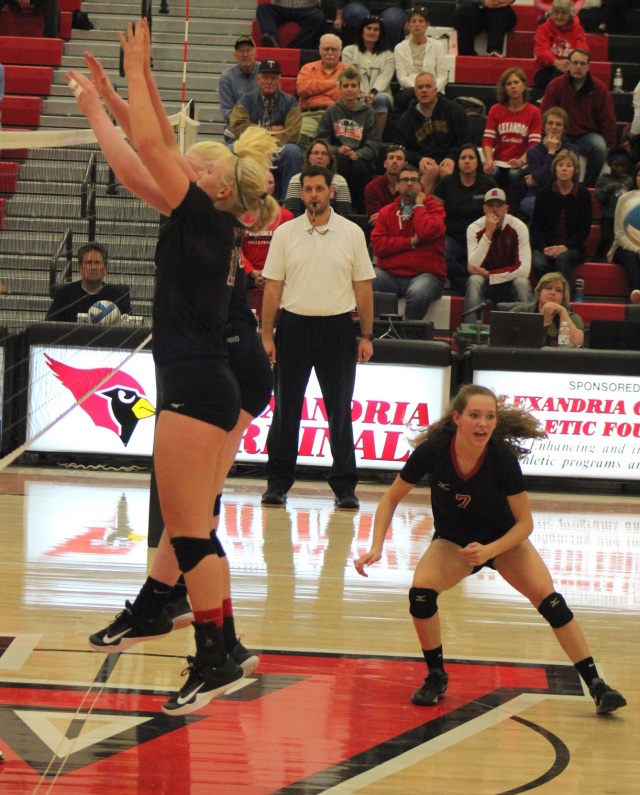 Once you get the taste of ruining somebody’s great hit, it stays with you. And it changes the game. A great defensive play is worth about five points in emotion.  ~  Caren Kemner (3-time Olympian)