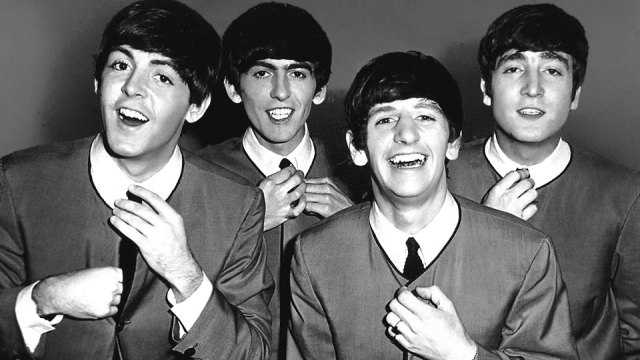 An unplanned, great part of the trip was throughout the whole 3-day weekend, the Sirius XM Beatles channel played the Top 100 Beatles songs, as determined by a fan vote.  So, whenever we were on the road, the Super and I enjoyed the playing of the 100, several times over:

The planned, ungreat part of the trip is that I thought when I got home I’d do a selfie holding my unwrapped, still totally cellophaned, Beatles LP, “The White Album.”  But I couldn’t find it – lost in the ether after 40+ years?  It’s probably worth $2 – 3 million by now!!

[We had morning time in New Ulm – it was a short drive to Glencoe, our next destination.] 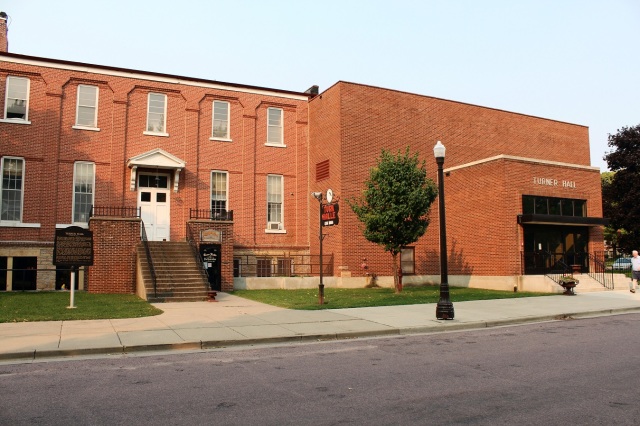 [An older gentleman (look who’s saying “older”) passed by as I was taking the photo.  He said I should have seen the place in its heyday.  I said if only I had that capability . . . ]

[The place did have a rathskeller!] 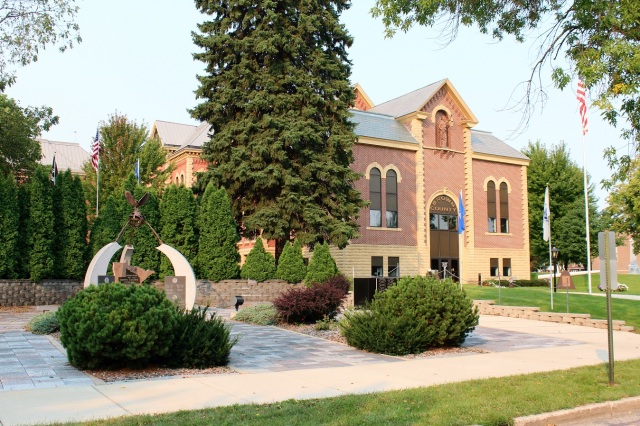 [My guess, at one time the high school, or the combined junior and senior highs.] 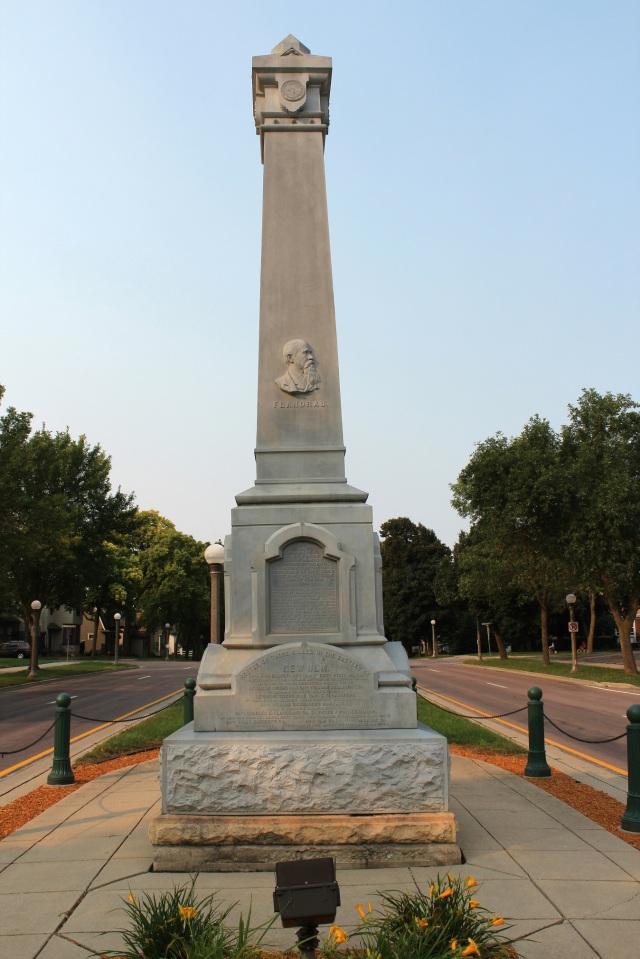 [There he is, in all his splendor.  We had stopped by the previous day on our way into town, but half the population of Germany was there.  We were first visitors this time on an early holiday morning . . . ] 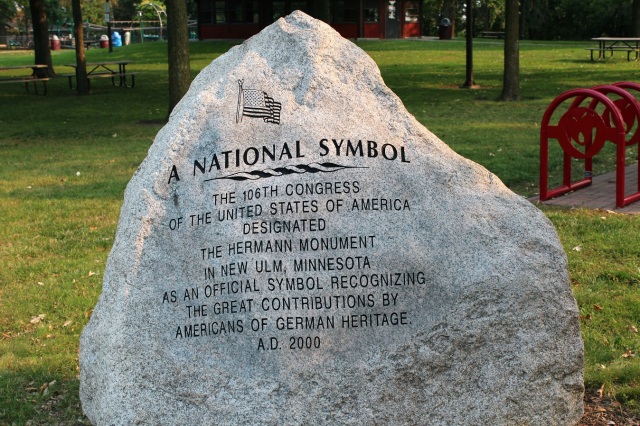 [The last time we were here, he had just completed a major makeover – kinda like Big Ole in Alex.] 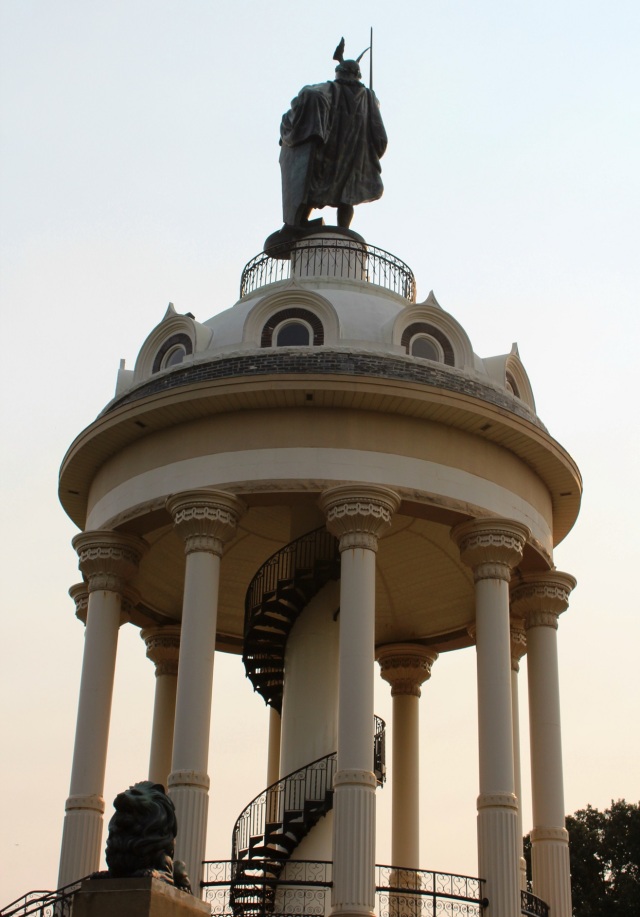 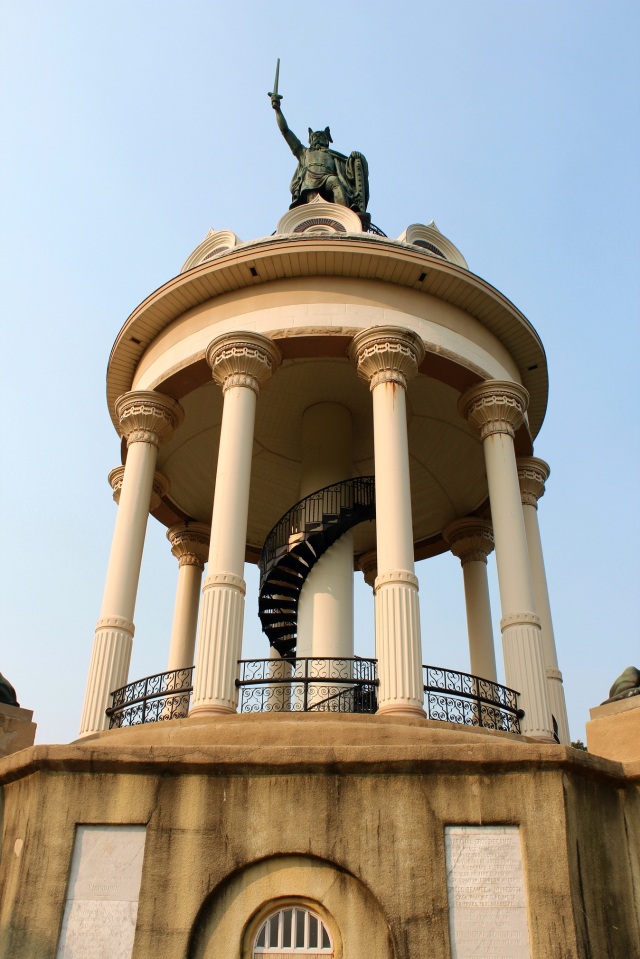 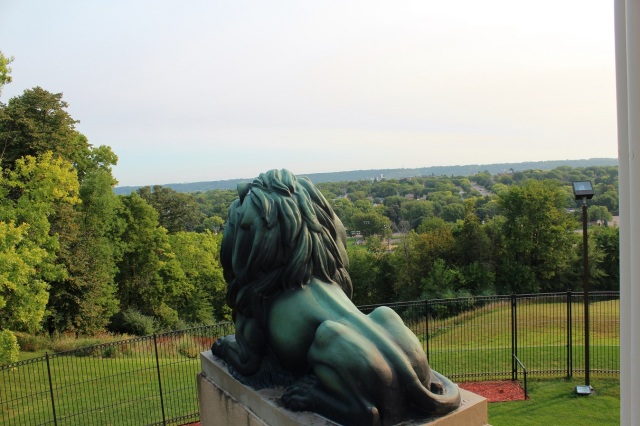 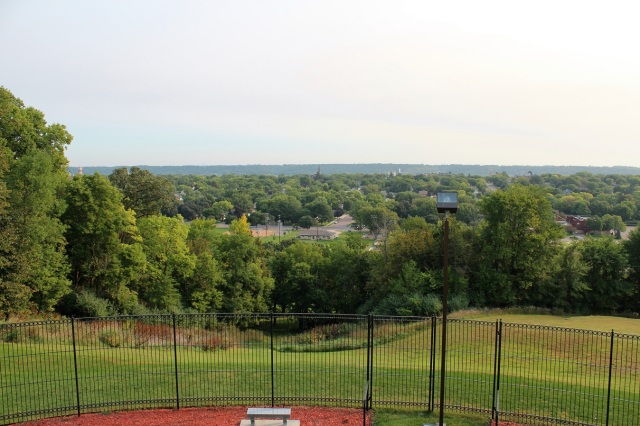 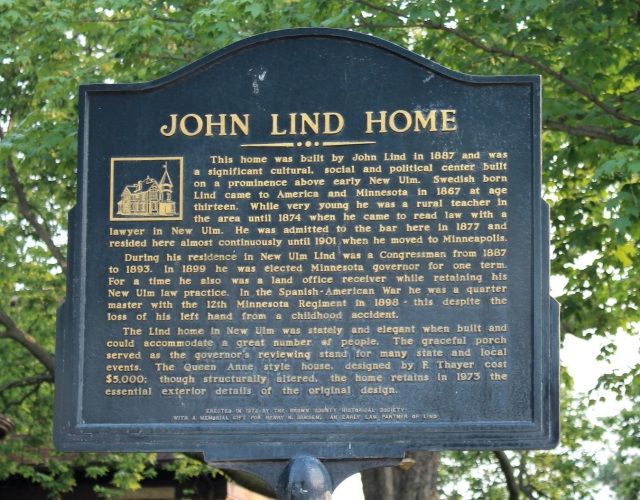 [And back at the German mall – no shopping desired by the Super?]

[And this is the historical society museum – cool building!] 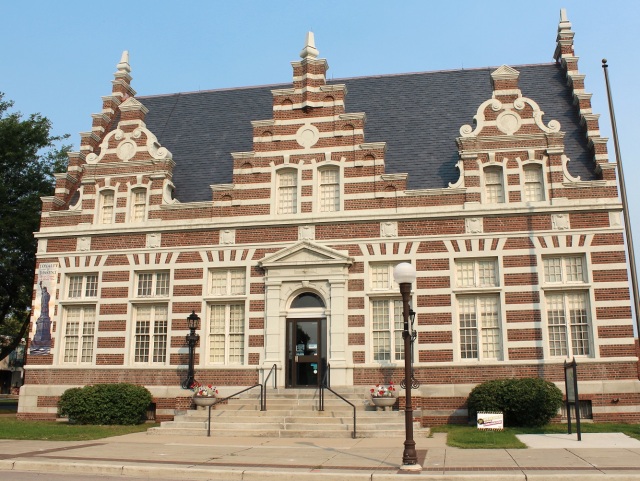 [No doubt containing Wally Pickle and the Dill Pickles and Whoopee John Wilfahrt . . . ] 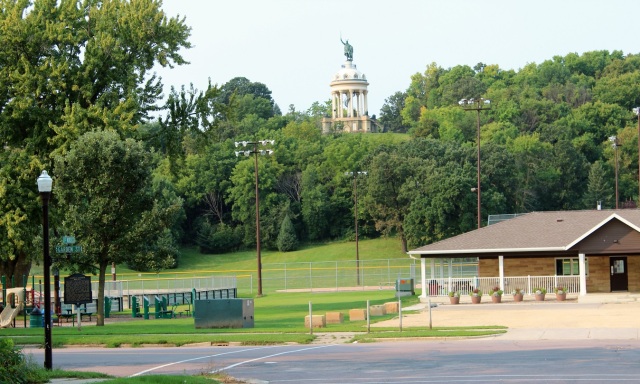 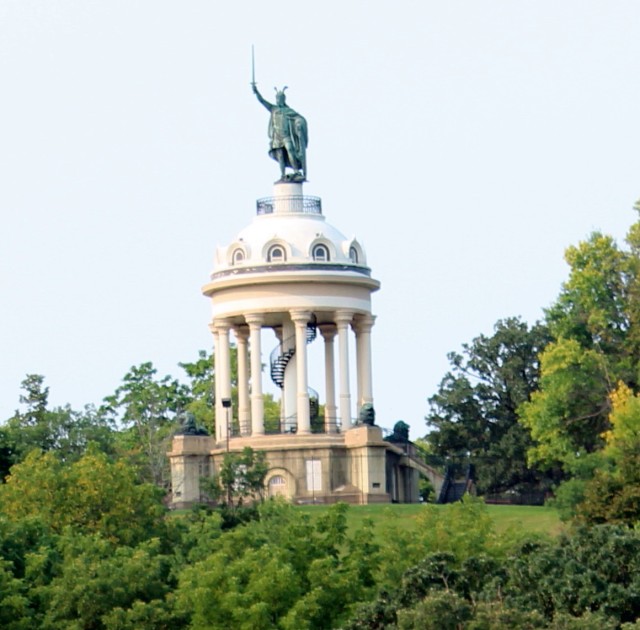 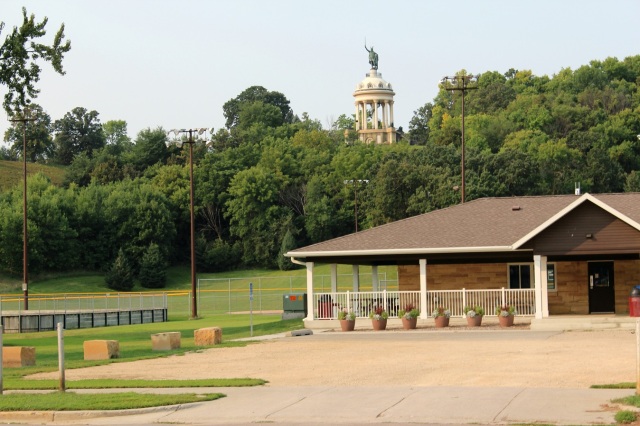 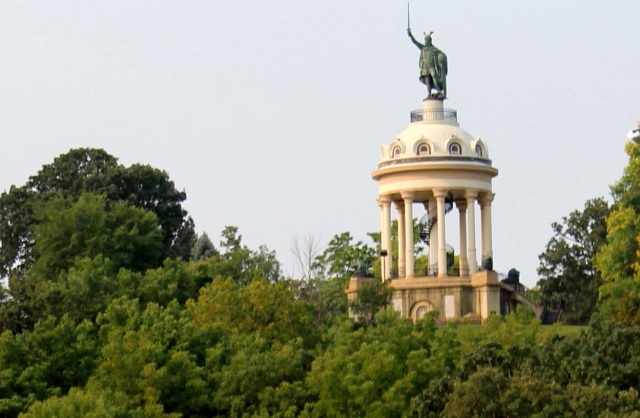 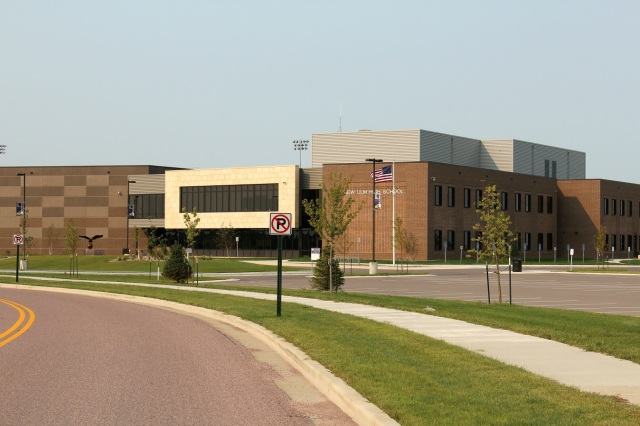 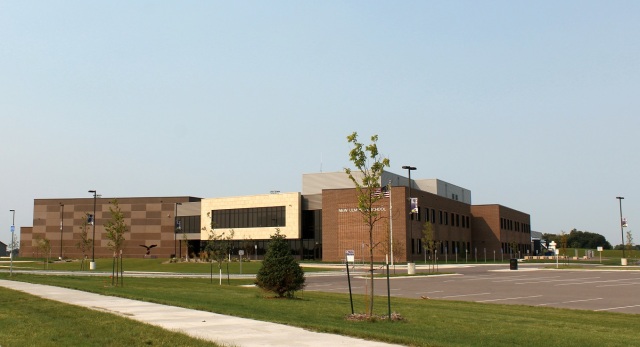 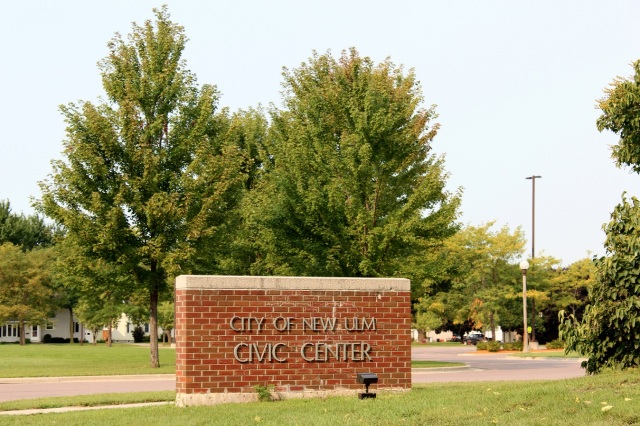 [One of them Olympic size.]

[I thought it looked like an old football stadium.  Upon further review, I’m pretty sure gladiators fought here.] 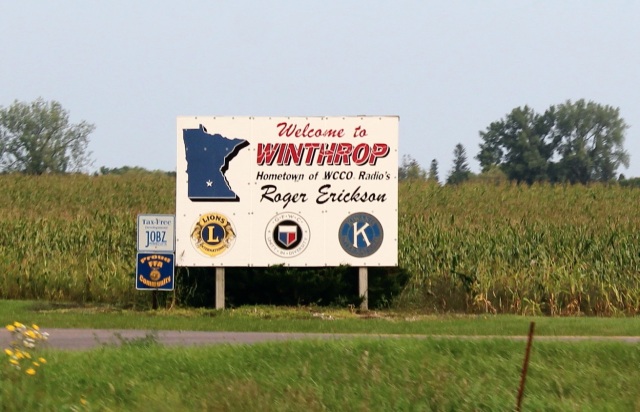 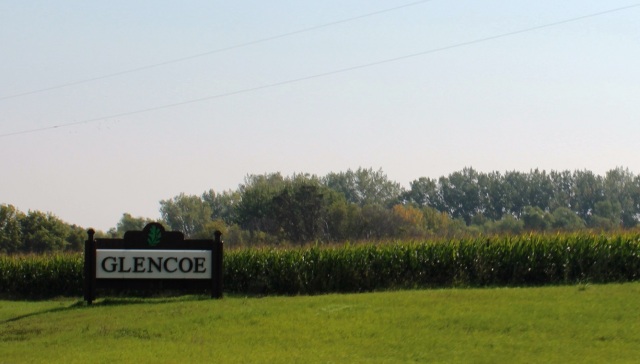 [From the beginning, the final destination for my birthday lunch . . . ]

[“The Bumpster” is 2nd from the left and the founder of Bump’s.  He always said the Fat Boys had to go to Glencoe someday for a Bump Burger. So, I did.  The restaurant is now run by his daughter and son-in-law, and in statewide voting by a Minneapolis TV station, its beef commerical was voted best in the state.] 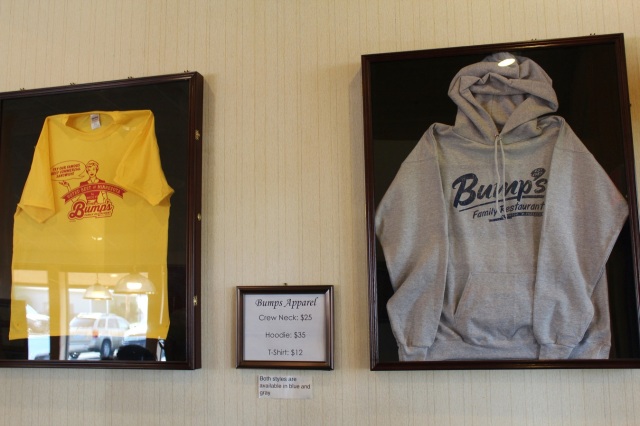 [We stopped in town for directions and were told the place is always packed.  It was.]

[The Super also decided I should have a Bump’s caramel roll for my birthday cake . . . ] 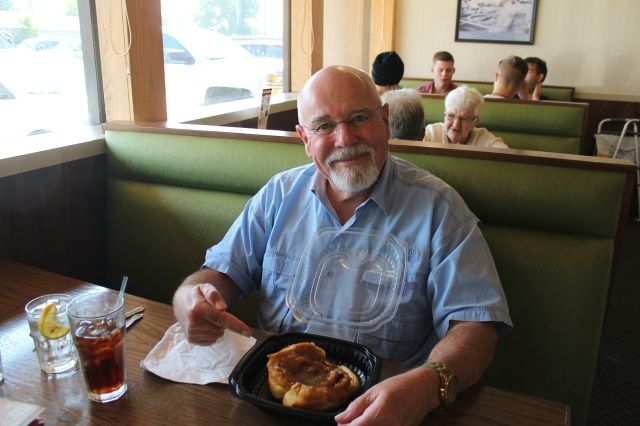 [And the Bump Burger, worthy of its pre-game buildup!] 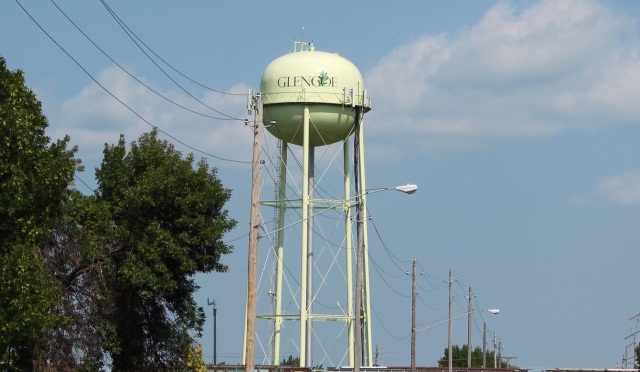 [And then on the road for home, with all the places betwixt and between . . . ] 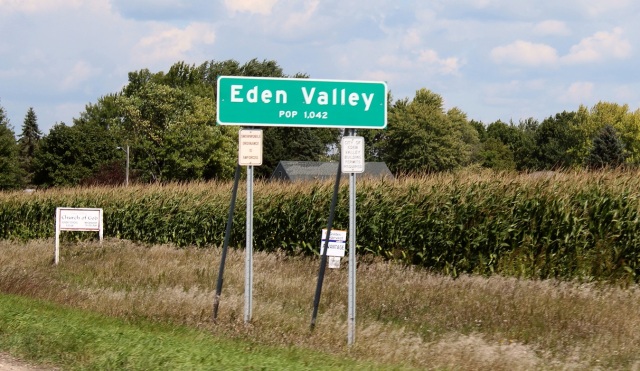 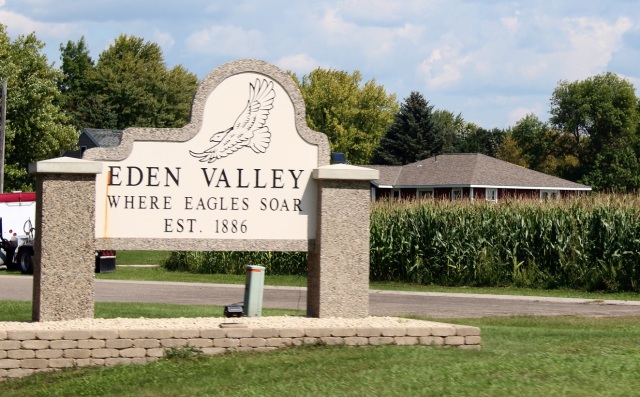 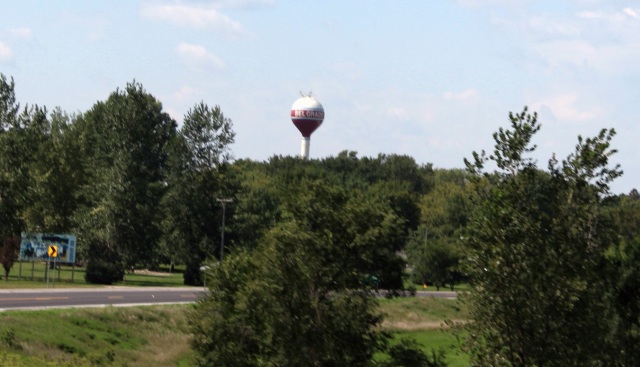 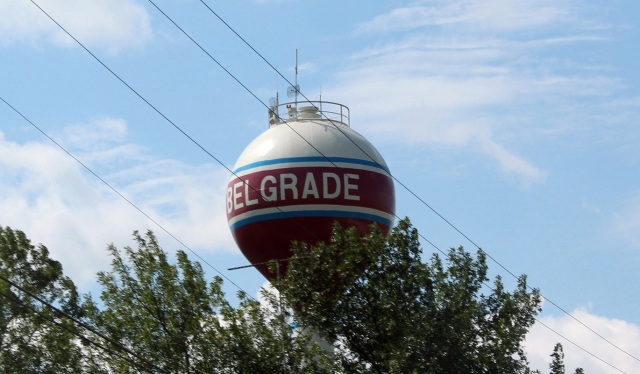 [Brooten has an airport?] 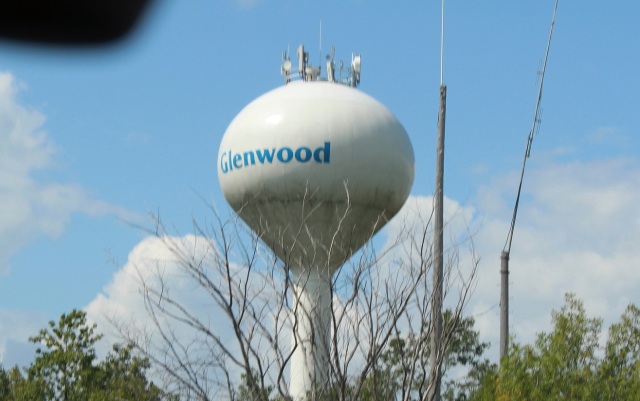 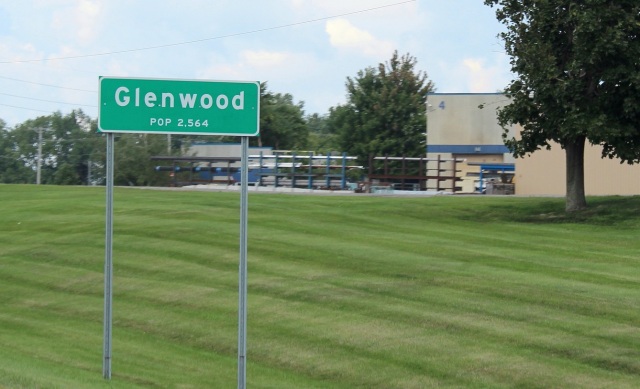 If you survive long enough, you’re revered – rather like an old building.  ~  Katherine Hepburn