The Day After the May Day Blizzard . . . Softball

[The Rocori Spartans were in warm-up drills when we arrived.  Beautiful at game time – hard to believe we had just survived the “blizzard” from the day before.] 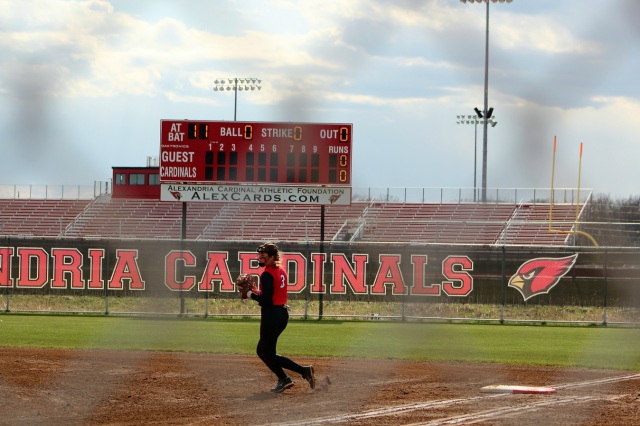 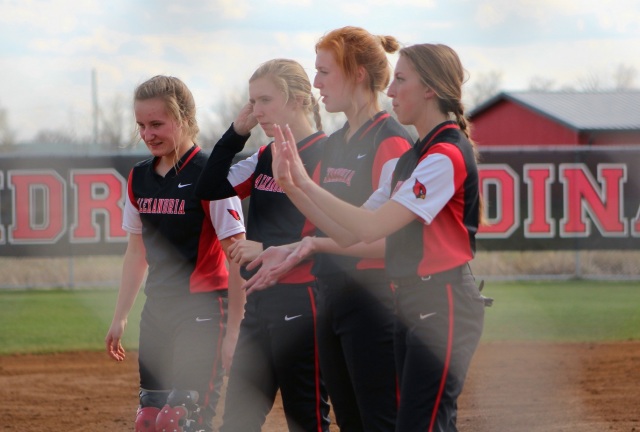 [Some times nobody came out?]

[The season has been replete with cancellations, postpones, and moves to neutral sites, such a Kissimmee, Florida, so I have only seen one game so far . . . ] 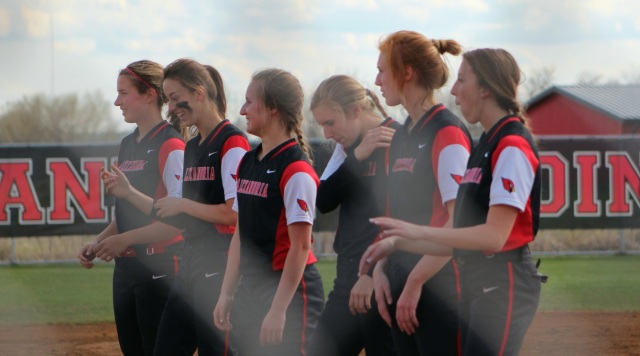 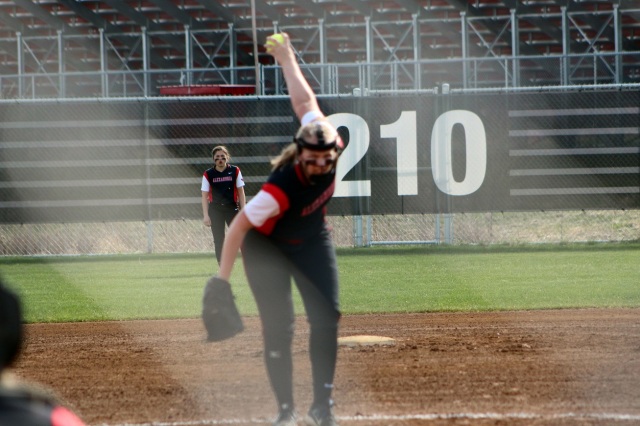 [I believe we are still experimenting with pitching by committee . . . ] 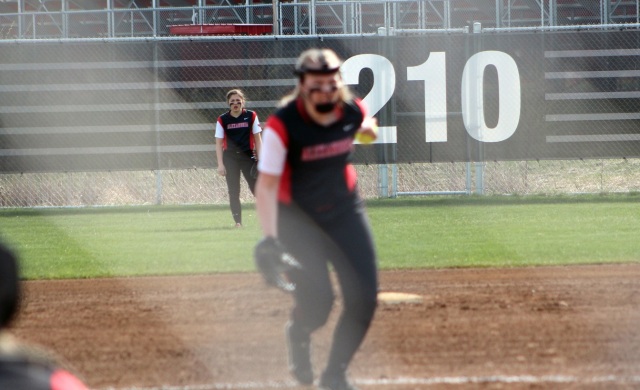 [Kendra did fine for the first several innings . . . ] 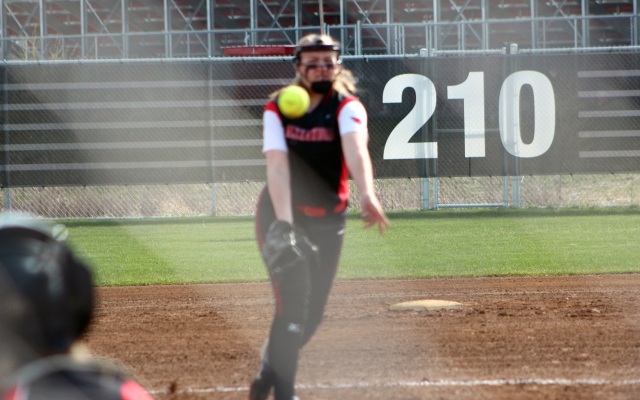 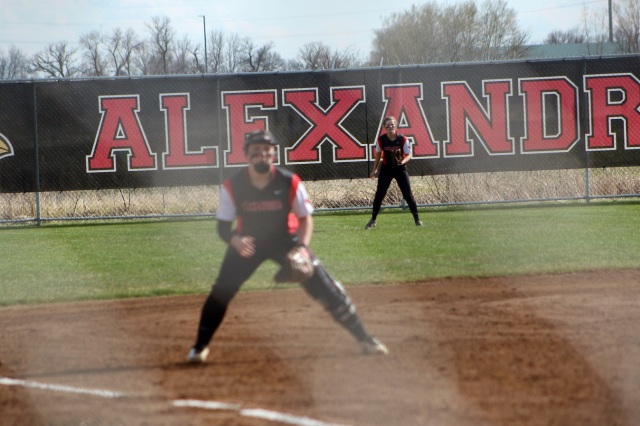 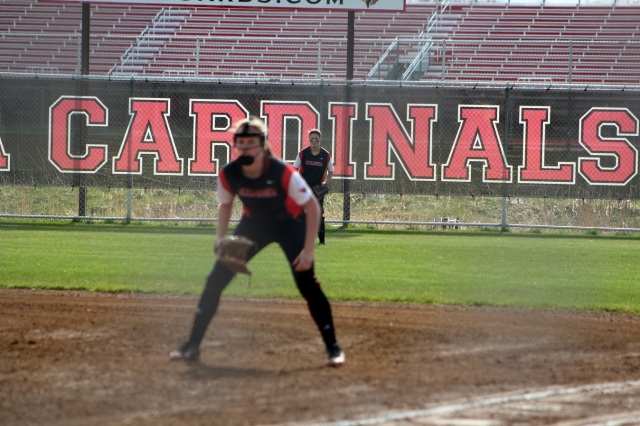 [Leading off for the Cardinals, junior catcher Allison O’Kane (9).]

[As a good leadoff hitter, she walked.] 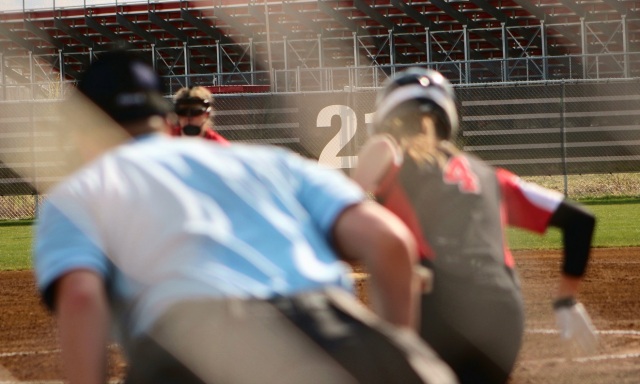 [Are you sure that was a strike?] 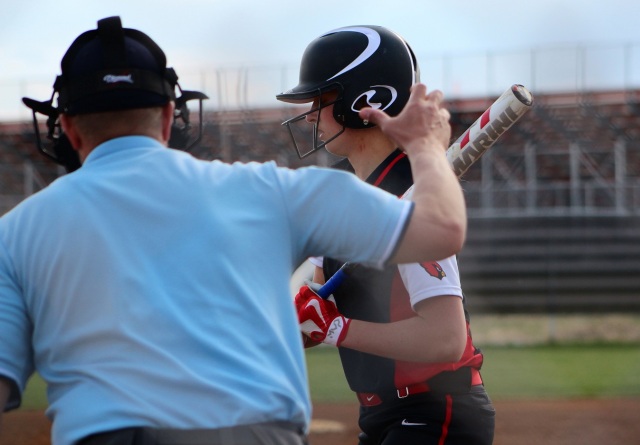 [No, the ump was not getting ready to strike her; he was merely calling a strike

[Then she struck out?  Ellie is our best hitter and I don’t recall ever seeing her strike out before.  That’s when I had an idea this Rocori team was going to be tough.  Oh, and the up was not trying to grab her, he was trying to grab a ruffed grouse that has just flown through.] 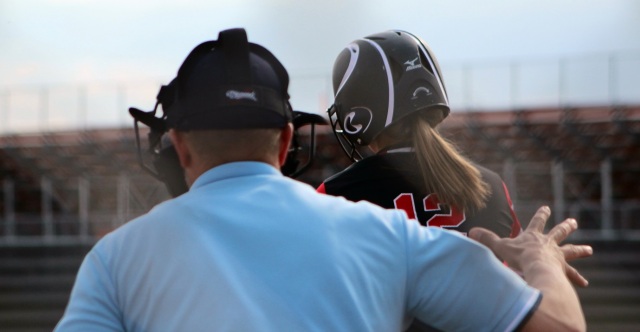 [With Allison still at 2nd, I believe junior centerfielder Calley Richardson (15) then walked . . . ] 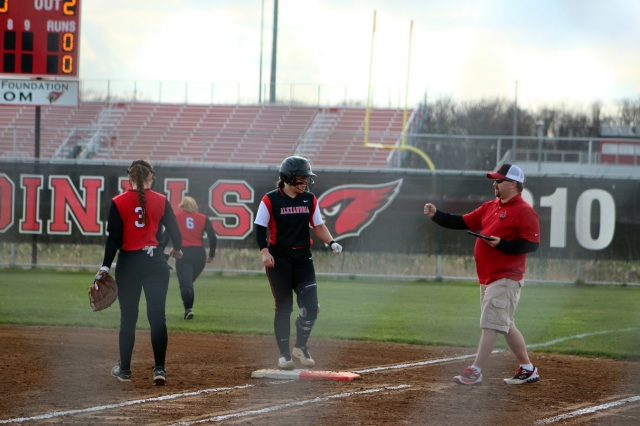 [I believe the Rocori pitcher then struck out the next two batters.] 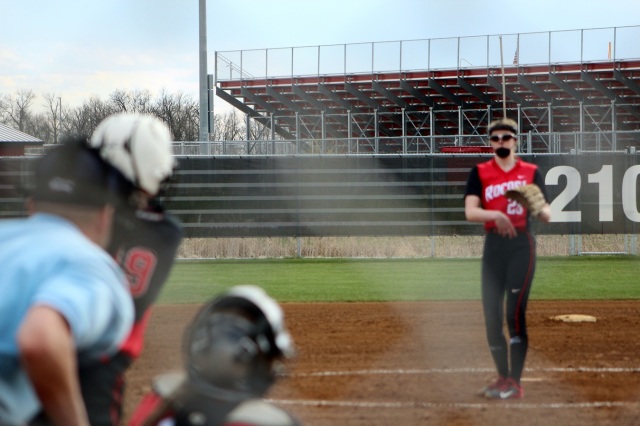 [And now for the rest of the story.  The Spartan pitcher, senior Megan Gavin, is a real power pitcher, and she probably averages two strike outs per inning.  The Cards didn’t put the ball in play that much.  When I got home, I looked up the conference standings – Rocori is in first place and are undefeated on the season.]

[Though in her 2nd at bat, Ellie, likely still smarting from her 1st inning strike out, laced a single to right.] 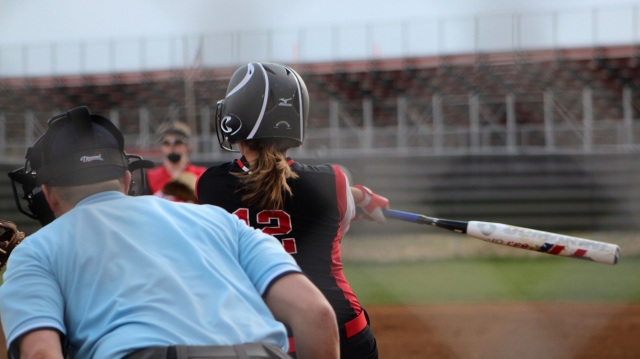 [Here Calley takes a rip at a high outside pitch.  Our 1 – 0 to nothing lead held up until the top of the 3rd, then the Spartans took a 2 – 1 lead on a two-run homer.  A couple innings later, the Card got a little sloppy fielding and the Spartans blooped in 3 or 4 seeing-eye hits, and it was a 7 – 1.]

[A photo of the “deuces wild” scoreboard – meaning a lot of 2’s on it.  Brad and I left in the bottom of the 5th.  As old people, both of us were worried about things we couldn’t find when we got to the game and wanted to check on them – Brad found his smart phone in the car, I found my back-up camera battery and 10-punch fan pass when I got home.  The final score was 11 – 2.]

Sometimes the only thing fair in life, is a ball hit between 1st and 3rd.  ~  Anonymous

Up Next:  Reporting from somewhere on the St. Lawrence River.