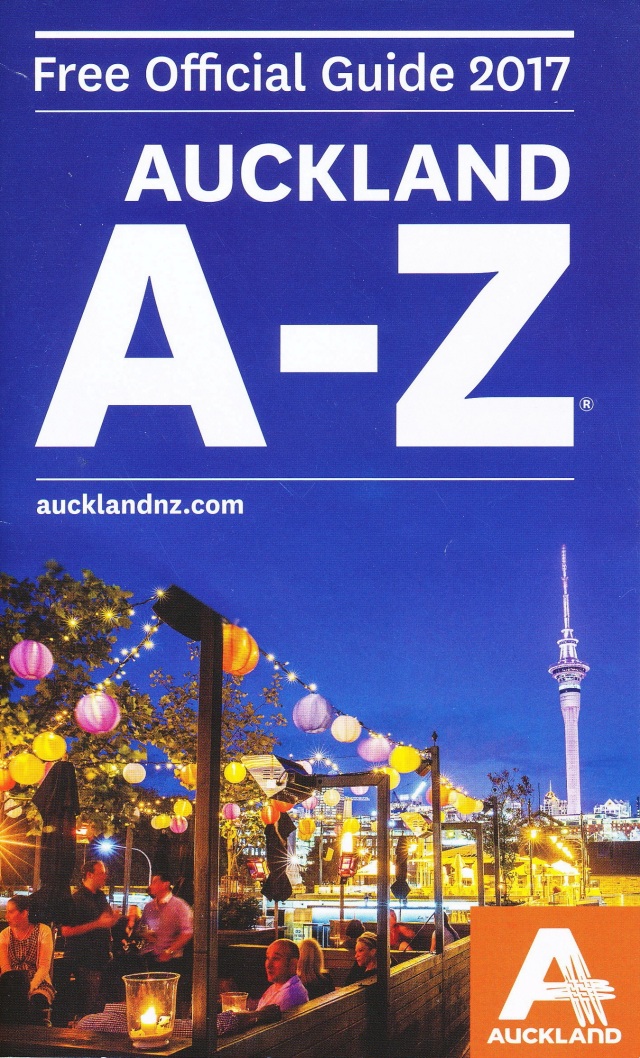 [Arriving in port where we would disembark the Maasdam for the last time.] 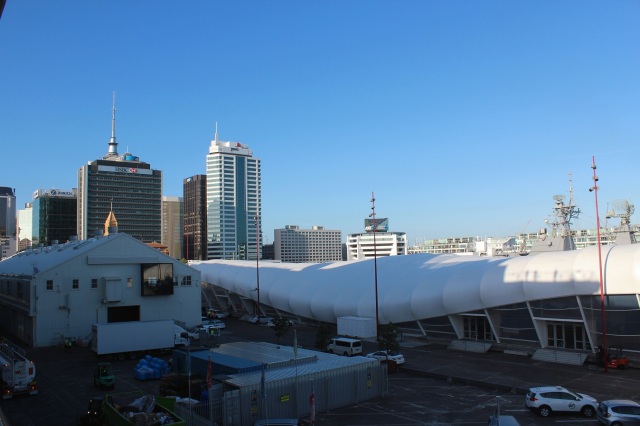 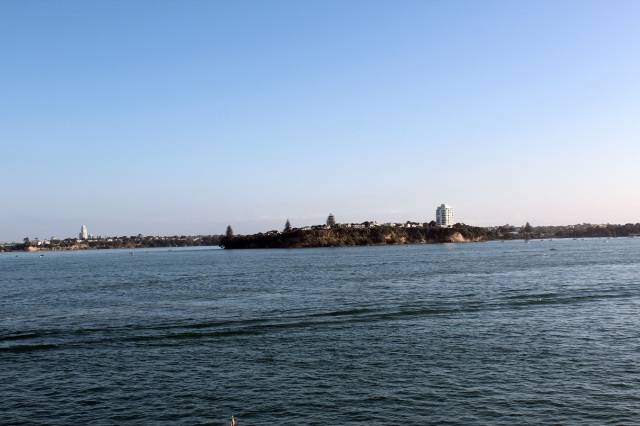 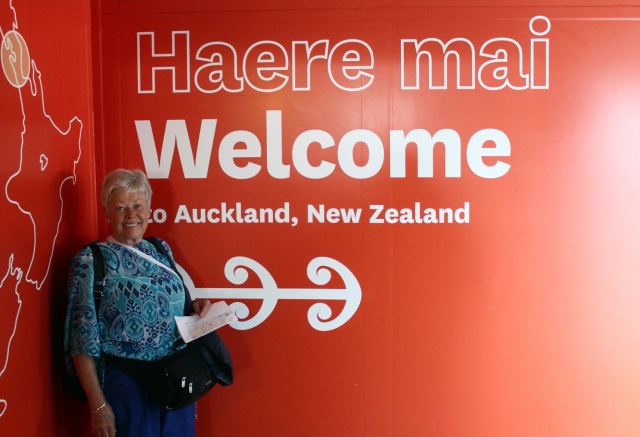 [A glance back at our water home.] 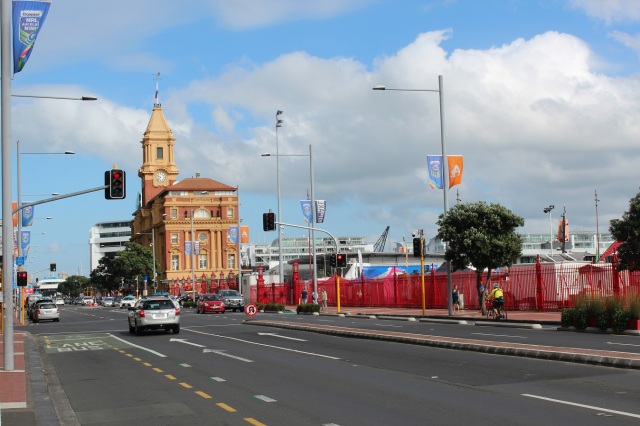 [It turned out our hotel was probably more than a half mile away, as we schlepped our bags along the sidewalks.  It was early morning so we couldn’t check in yet, but we checked our bags and headed back to . . . the port.]

[This is where, as I recall, the Gross contingent branched off for a bus tour of the city, while The Biddies and me decided to just walkabout downtown.  First find, dinner?] 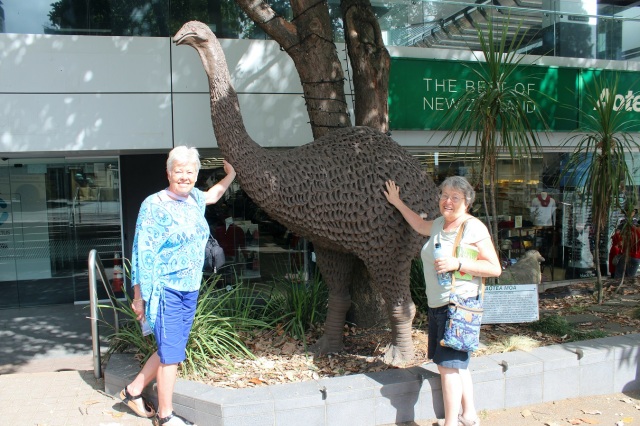 [Our first walking glimpse of Sky Tower.  The Sky Tower is an observation and telecommunications tower located at the corner of Victoria and Federal Streets. It is 328 metres (1,076 ft) tall, as measured from ground level to the top of the mast, making it the tallest freestanding structure in the Southern Hemisphere and the 25th tallest tower in the world. It has become an iconic landmark in Auckland’s skyline due to its height and unique design (Wikipedia).  We never partook of it.] 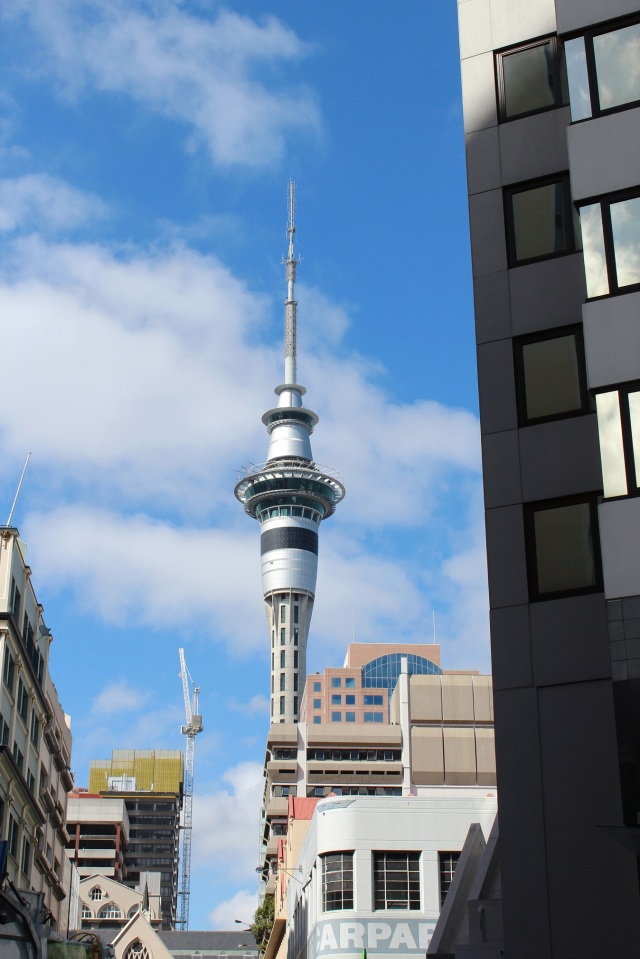 [We decided to hit the city parks.  Victoria was first.]

[It was a Sunday morning, not a lot of people out and about.  We needed a restroom.  The park building was closed for repair, but luckily the couple who “run” the place told us we could go in through a side door.  We had a nice chat, thought we’d be friends for life, I’ve already forgotten their names, but as you can see the typical ruggedly beautiful Kiwi couple.]

[Then it was a long uphill grind, i.e., several blocks, to the level of the Sky Tower – the place is like San Francisco.]

[Now in the heart of downtown, finding things of culture.]

[Gee, maybe we should have?  Not likely a line at this time of day?] 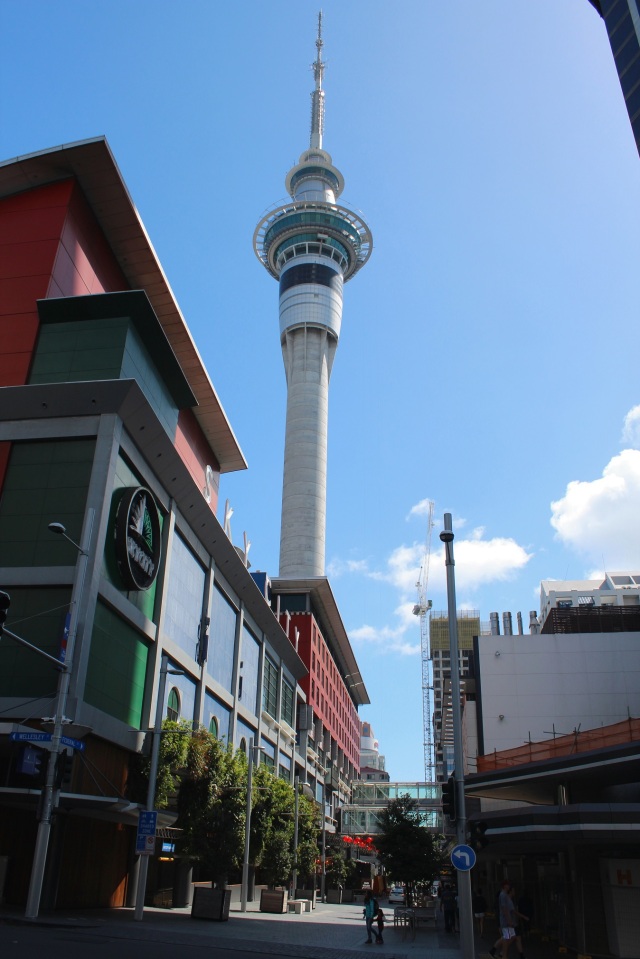 [Which overlooks this outdoor entertainment complex . . . ] 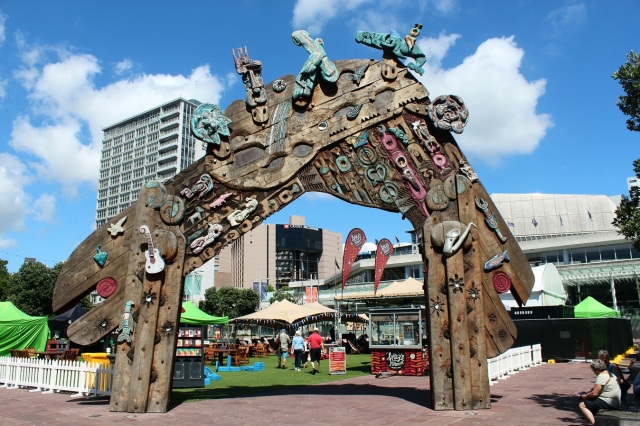 [We were just down the block from what appears to be Auckland’s main intersection – Queen and Wellesley Streets.  We sat at a little outdoor cafe on the corner and sipped our sarsaparillas.]

[Then thankfully began a downhill march . . . ]

[To the Auckland Art Gallery, which just happened to be featuring The Maori Portraits.]

[The Biddies looking forward to it!]

[And we’re in – with nary a body cavity search!] 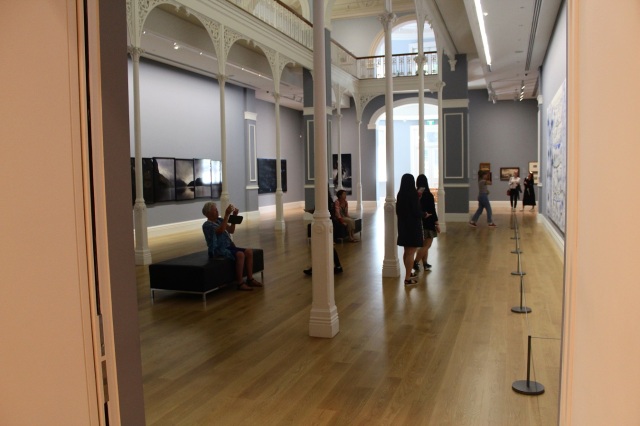 [The Super seems to recall this was called “Japanese fabrics” . . . ] 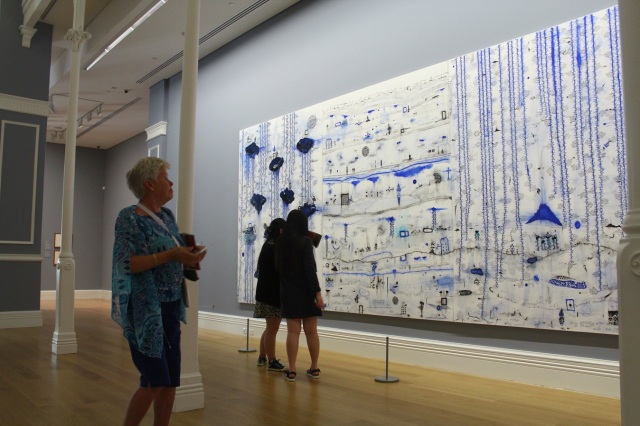 [And she liked it so much she took the following three photos . . . ] 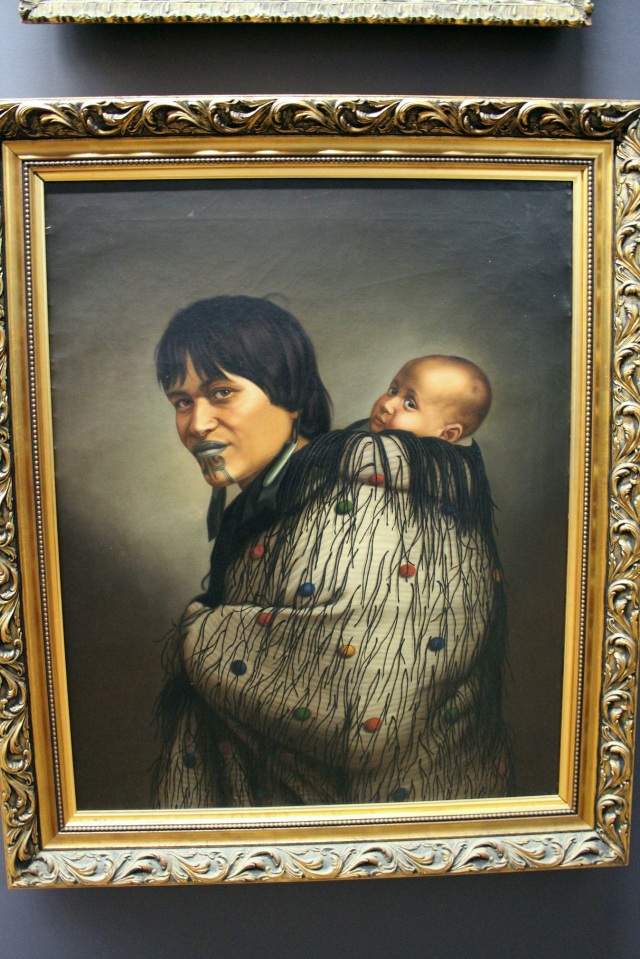 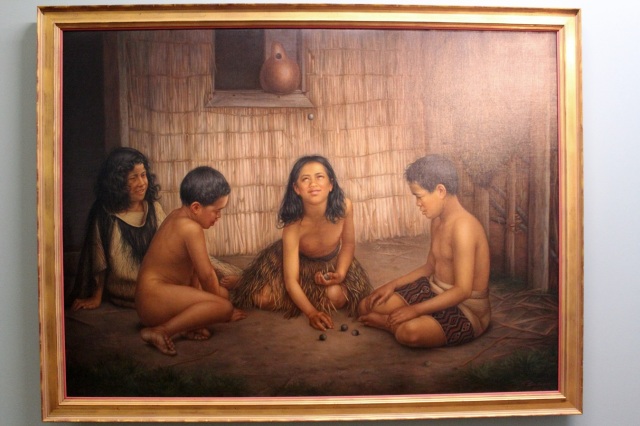 [Mindful of the view at the Science Museum of Minnesota?]

[Admiring the ceiling work of the outdoor cafe at the gallery.]

[A great place to sit and enjoy a sip of . . . another sarsaparilla?  We were lucky number 13 – I believe The Biddies had a food order.] 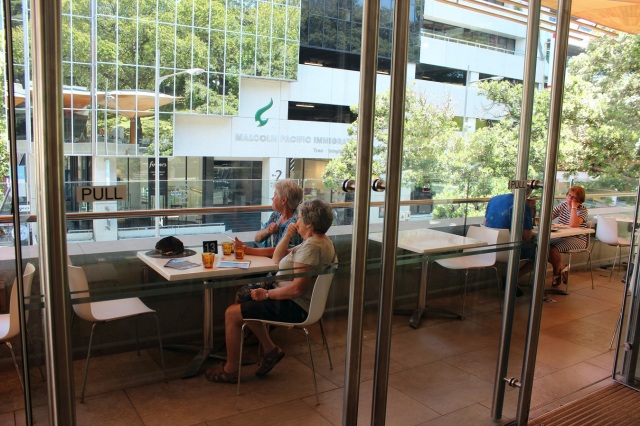 [This must have been a shot for the root system.]

[And now we’re walking back up hill again to the University of Auckland.]

[And this was now from the far side of the university.  The whole campus was fenced off for I believe a big rock concert so we couldn’t enter.]

[And now we’re walking down the “backside” of the university.  Don’t these people ever stop exercising?]

[Yes, I made a major contribution to the endowment fund.] 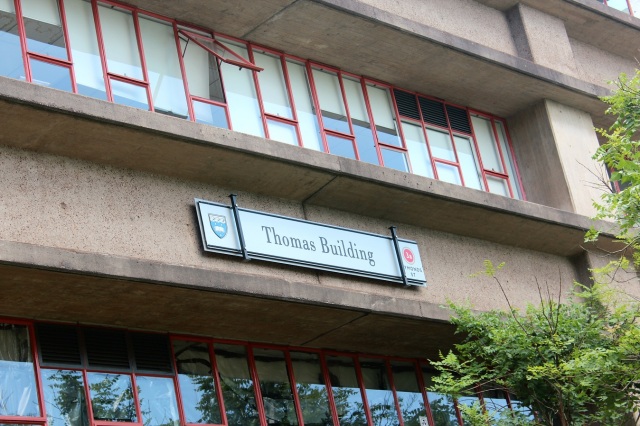 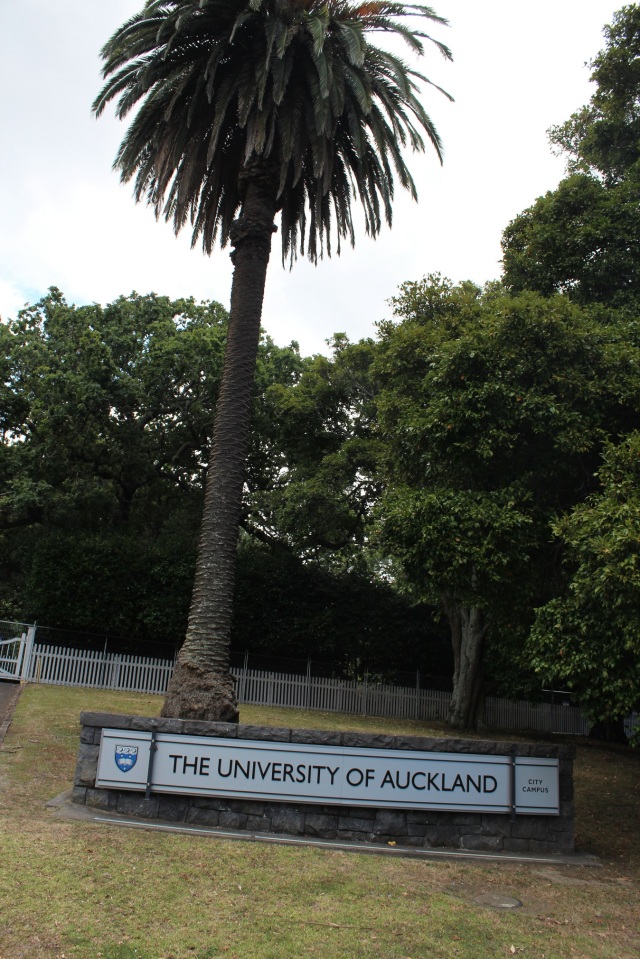 [The end of the university, and now we just follow this same street down to our hotel.] 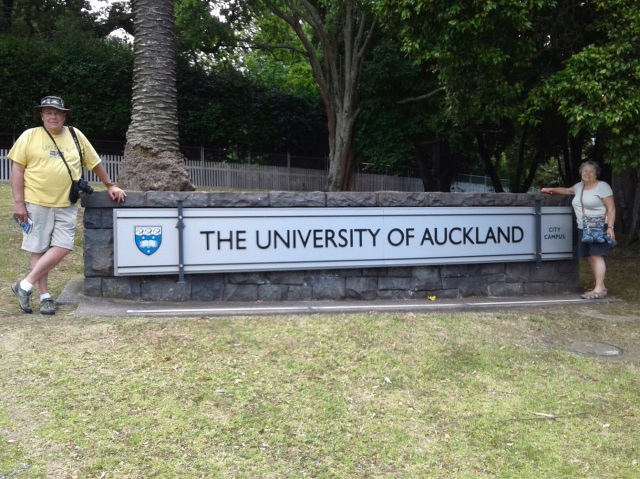 [The building with the red highlights is us.] 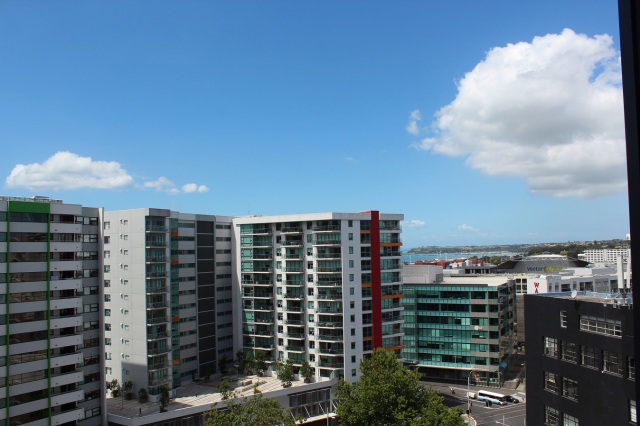 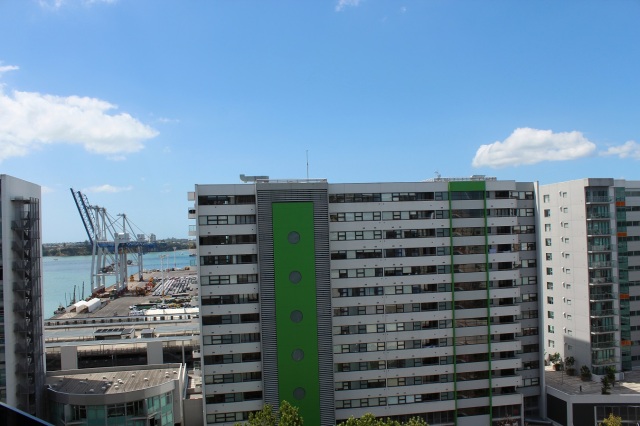 [It’s actually an apartment building run like a hotel.  We had two bedrooms, Reetz got the view.]

[Recombining with the Gross contingent at a place where the map of the country is made out of beer cans.  Must be a really good place!]

[Reetz and her mural.]

[All enjoying the beverages of the facility.] 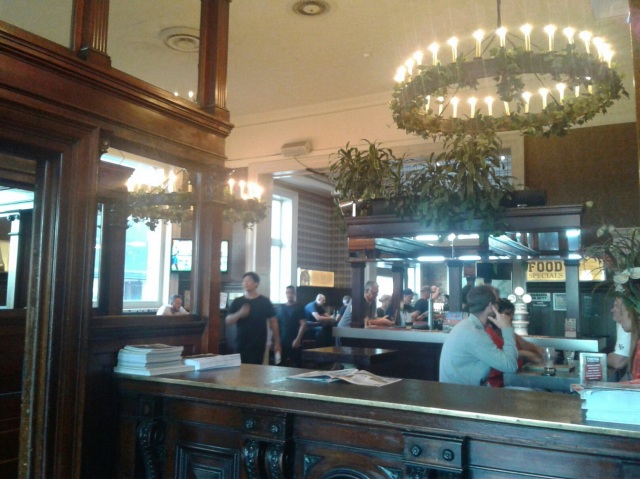 [Then we went for an after dinner stroll to check on all the port activities.  I would like to report I did not participate in the events displayed in the following photo!]

[Hi! This is my sister-in-law. Isn’t she cute? But like her sister, The Super, she has been known to trample little old ladies, small dogs, and children if they get between her and ice cream, custard, or gelato!]

[The walk from the port back to our hotel.] 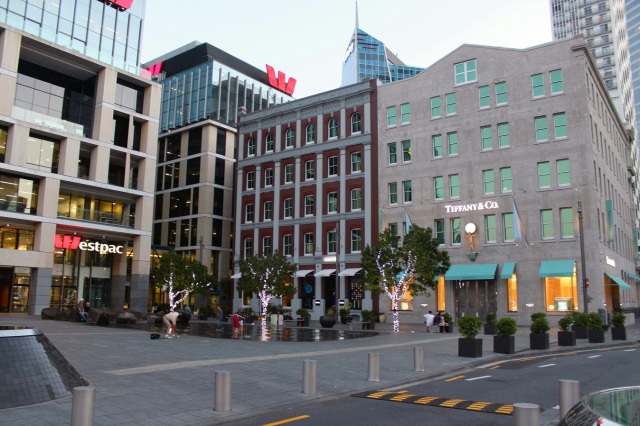 [Where we enjoyed a fireworks display from our balcony.  I believe it was planned just for our arrival!] 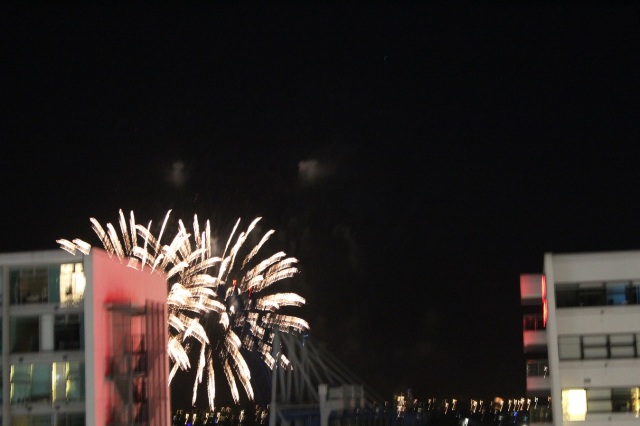 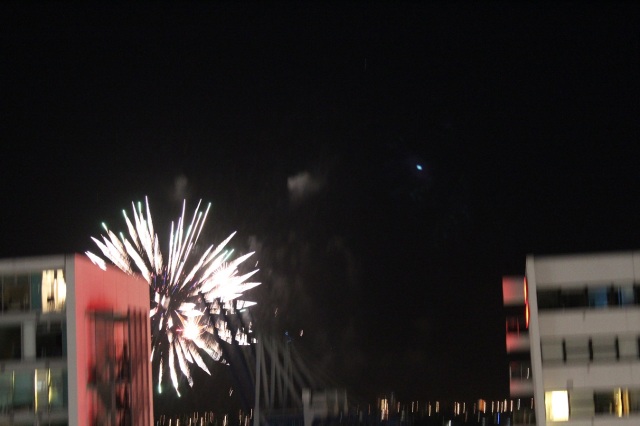 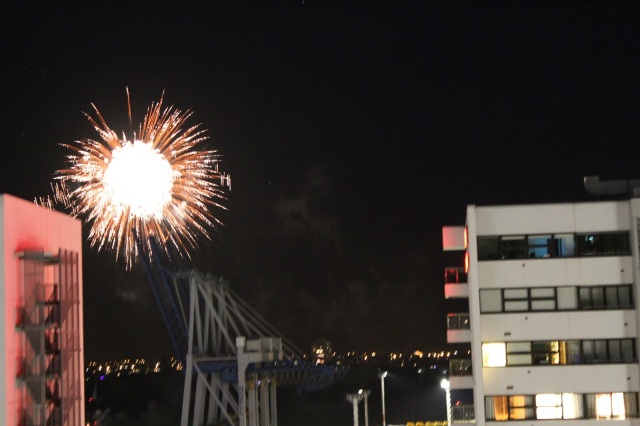 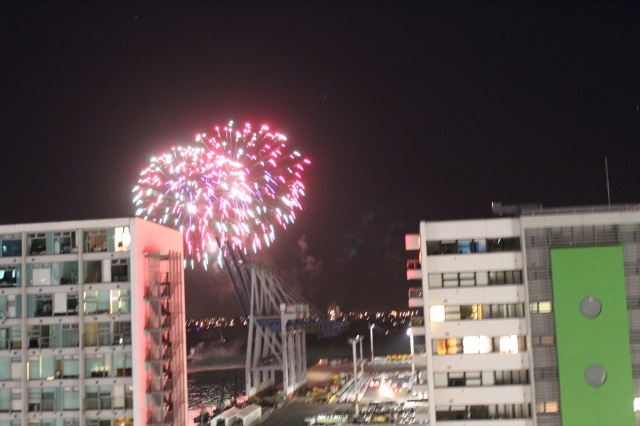 The endangered Kiwi is aptly New Zealand’s icon. There is so much promise to lay a large egg but without the ability to get it off the ground.  ~  Grant McLachlan