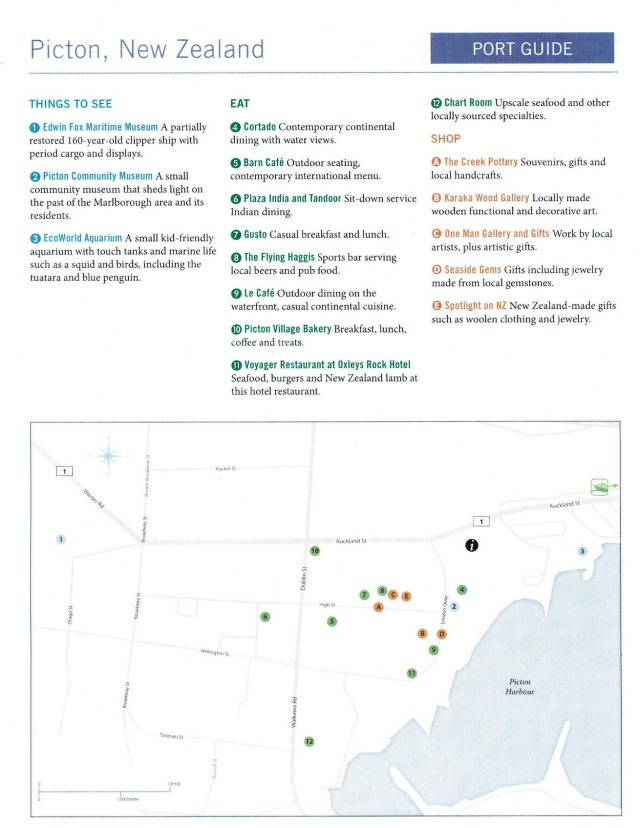 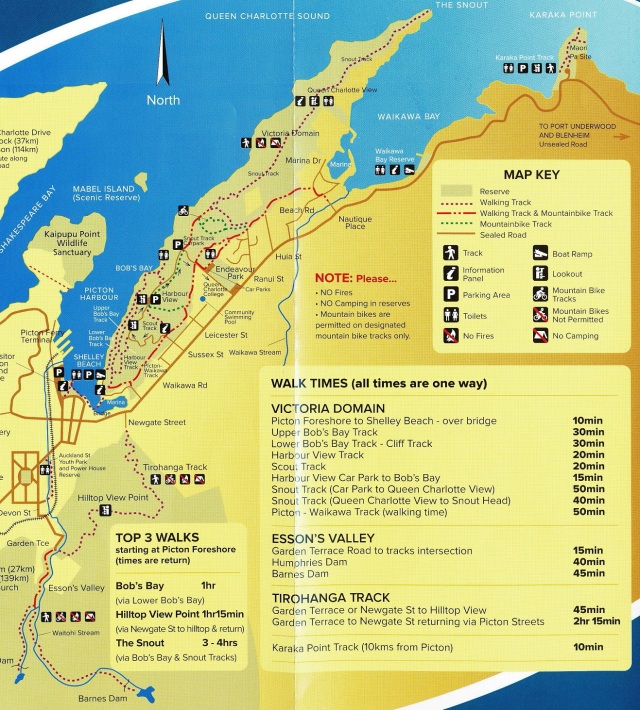 [Picton is at the northern tip of South Island; the following day we would be in the capital city of Wellington on the southern tip of North Island.  Picton is similar Timaru, but placed at the end of a long bay.] 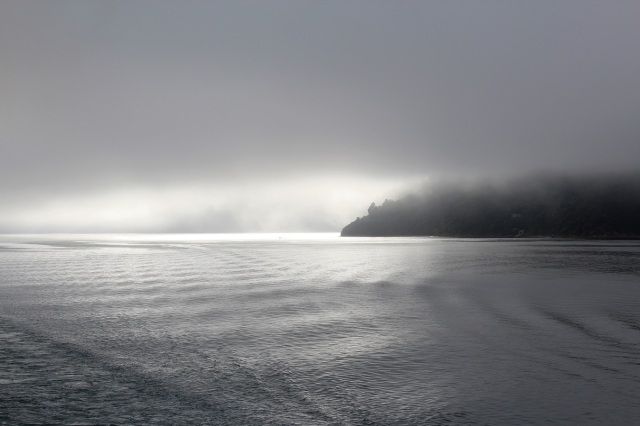 [I’d never heard of Picton before.  But then I’d never heard of Timaru before either.  It doesn’t make me a bad person (?).  I had heard of Wellington, Auckland, Christchurch, and Nelson – I am a geography major, after all.  We even have friends who have relatives in Nelson, which is not that far from Picton.] 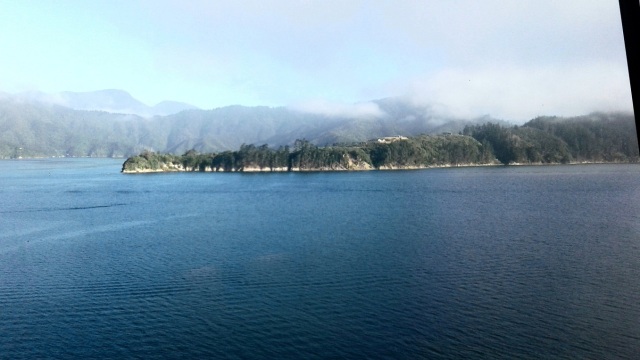 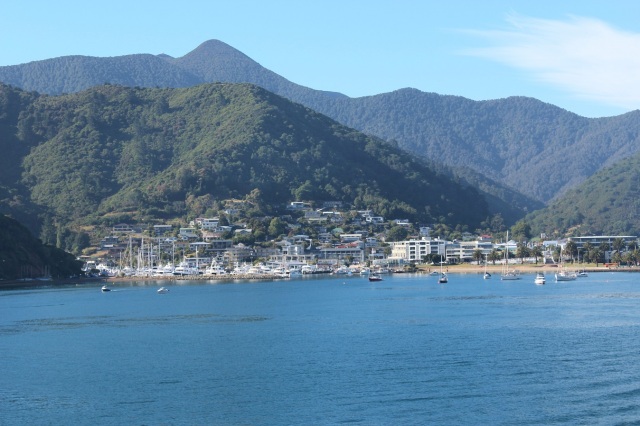 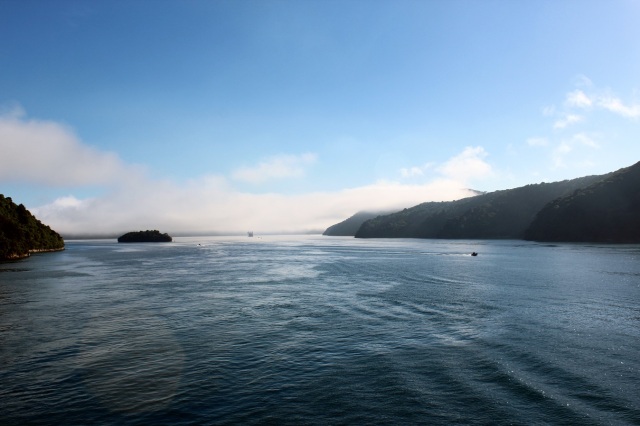 [The Super took this shot – the transportation between North and South Islands.] 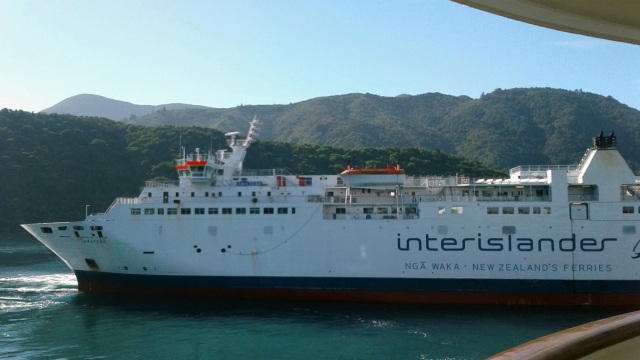 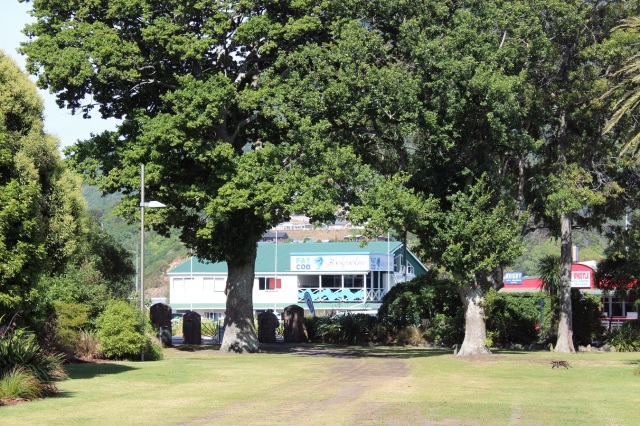 [As an older person, I really appreciate a well-marked restroom!] 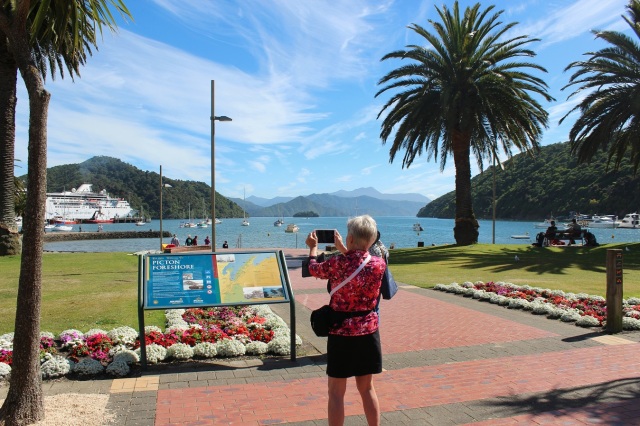 [The Super’s, as we left the waterfront ascending into town.]

[Then my same shot.] 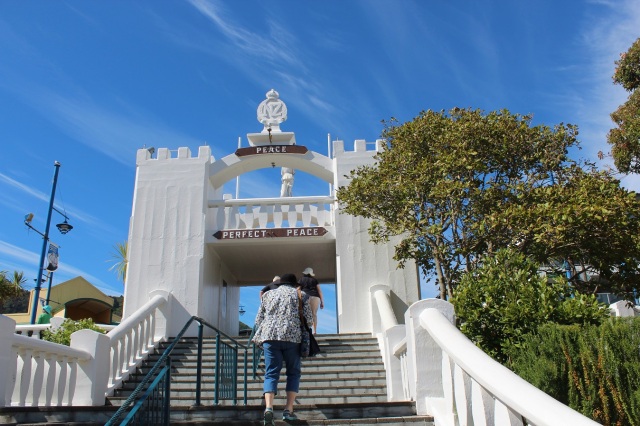 [Then obviously the Super’s, with downtown Picton in the background.  Yup, that’s the main drag.]

[Now what waterfront is complete without a classic bar/restaurant?  The boys spent some time here while the girls shopped.]

[Please read the sign all the way to the bottom.  Thank you.]

[The previous shot was from this foot bridge.]

[The Super took 2 shots of the commencement of our soon to be identified hike.]

[And here it is identified – note the listed time for this adventure.] 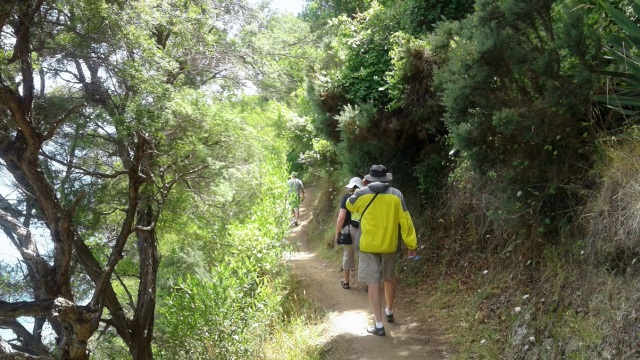 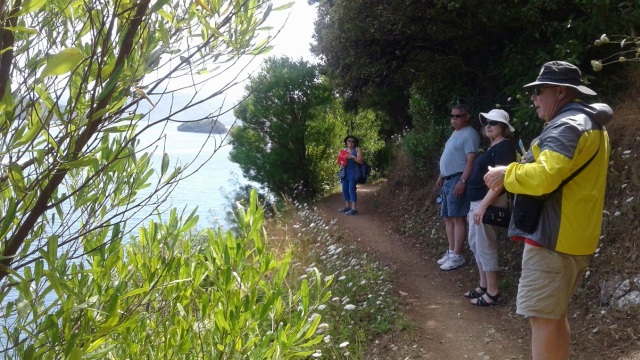 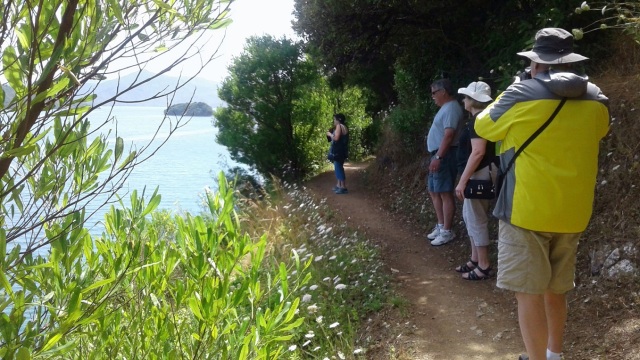 [This was an obvious photo op setting, but I had to wait for two-way pedestrian traffic to subside to get this shot.  Smile, Ruthie!] 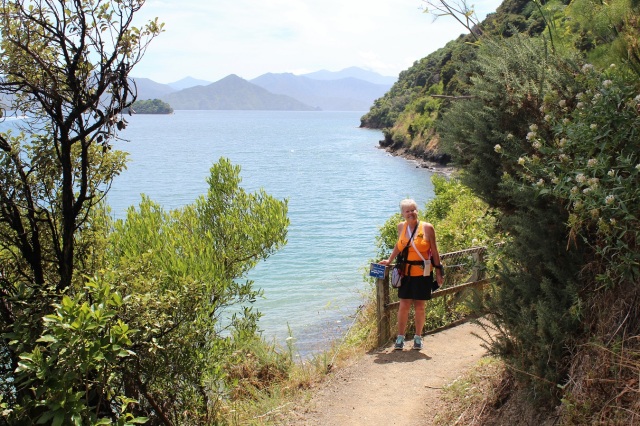 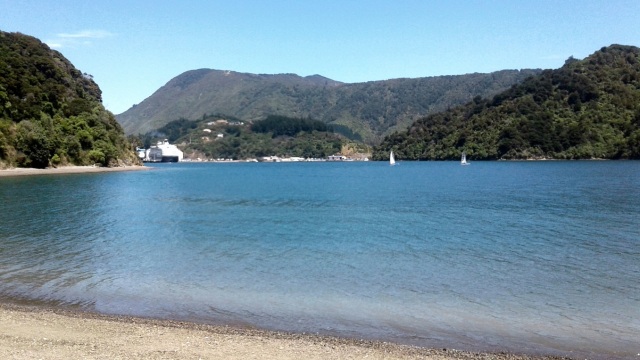 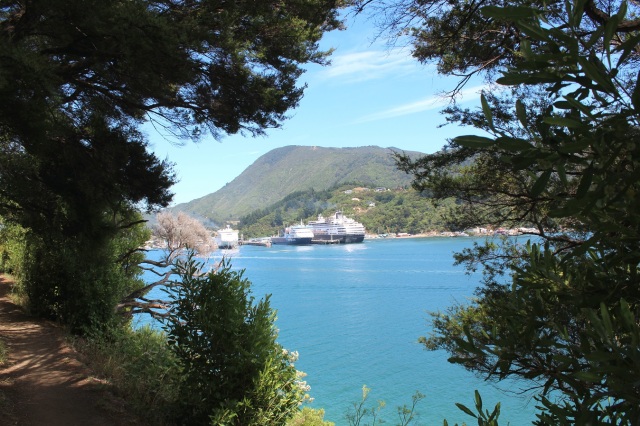 [The complete and total history of Bob’s Bay Walk, all on a single plaque.]

[From where we were.] 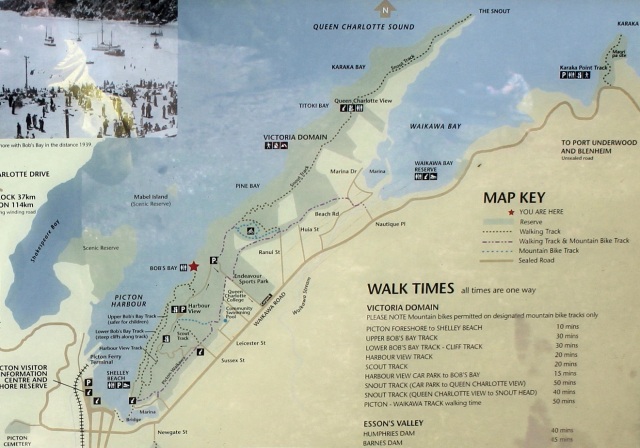 [We made it to the end of the 30-minute walk in about 45 minutes, as I recall.  Granted we paused for photos, but the hike involved some elevation changes.] 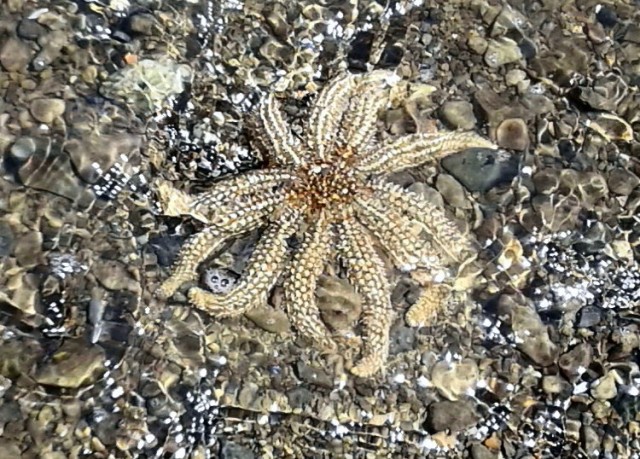 [Back to mine, with Anne exploring up the beach line.] 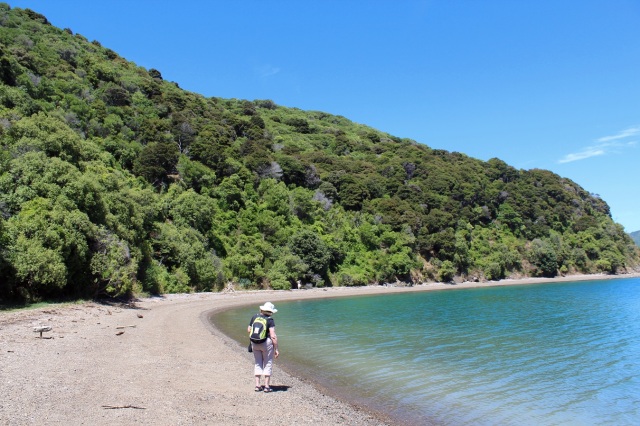 [And we met a couple here.  He volunteered to take our group photo.  She, as part of the small world syndrome, was a marine biologist from the University of Miami and originally from Hastings, Minnesota.  Go figure.]

[As we left, climbing back up the hill, a shot back down to the beach where a family so wanting to swim just went in with their clothes on.]

[We climbed the mountain, through a dense rain forest, heading back to town.] 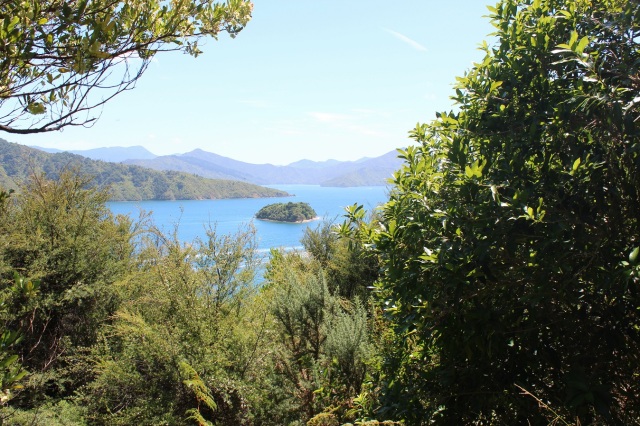 [The views were probably worth it.] 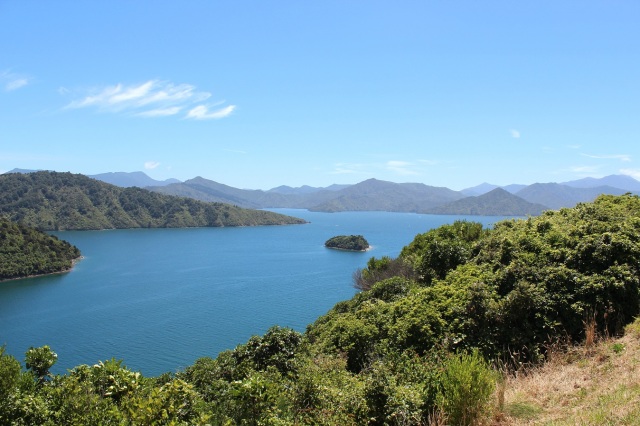 [A place to sit down, catch our breath, and have a drink.]

[The Super took the next three.  Yeah, it was warm, but I find it easier to wear a windbreaker than to carry it.] 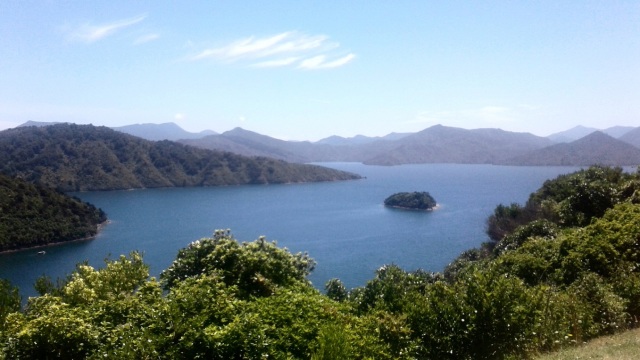 [We appear to be approaching town.] 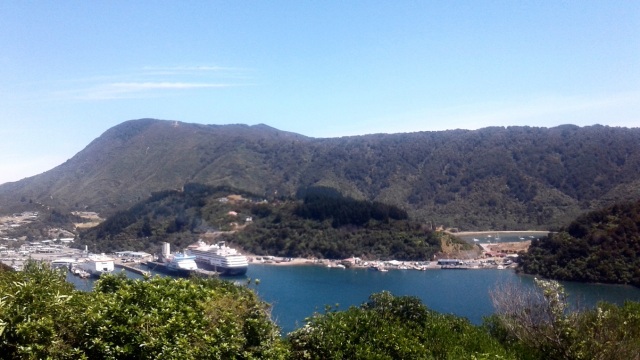 [I confirm the Super’s picture.] 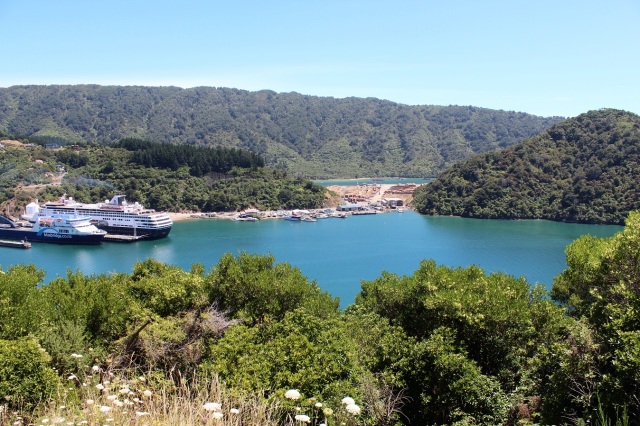 [We’re all the way back to the foot bridge, crossing back into town . . .]

[From which we noticed a rather large ray in the water.] 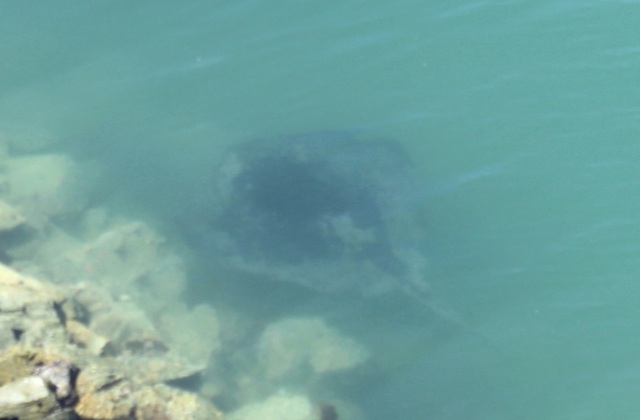 [We survived the Bob’s Bay Walk!]

[Ahhh, back to civilization.] 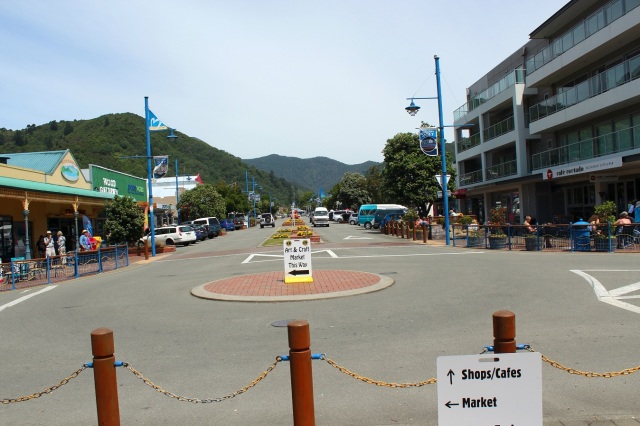 [And now heading back down to the waterfront enroute back to the ship.] 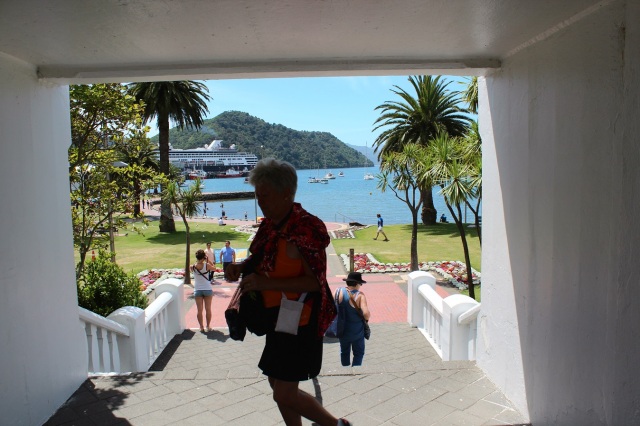 [These are called flowers.  They look and smell pretty.]

I love it when the flight attendant says, “Your seat cushion becomes a flotation device.” Well why doesn’t the plane just become a boat?  ~ Steve Shaffer