God made the Earth, but the Dutch made Holland.

[Please join us as we cruise from Germany to the Netherlands . . .] 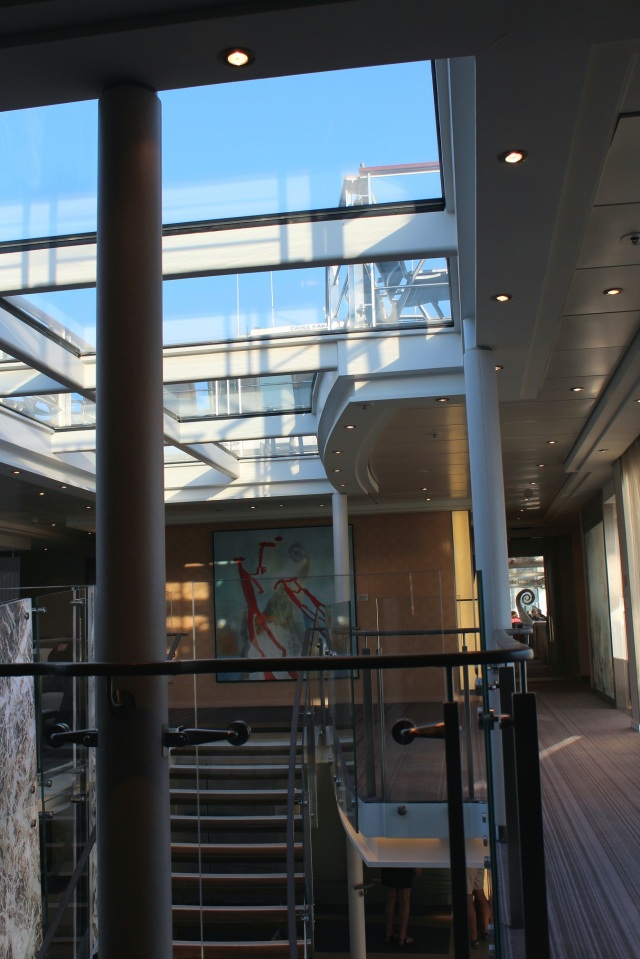 [Proof positive that Earth has indeed been visited by alien beings.]

[One of our few ventures to rooftop during day cruising.  It was quite windy and chilly on this day, but we needed to work on our putting strokes.] 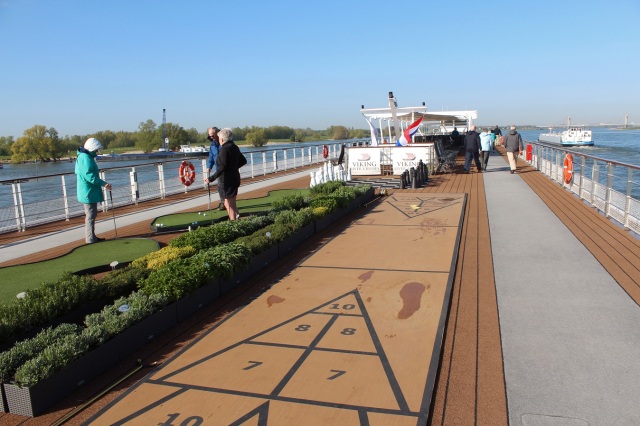 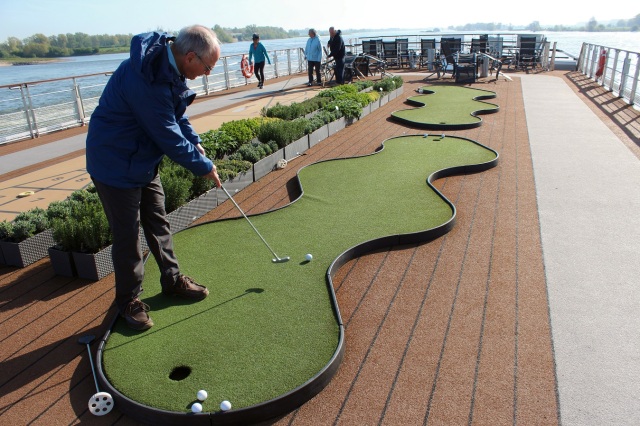 [You wouldn’t know it here, but Helen is the native Minnesotan!] 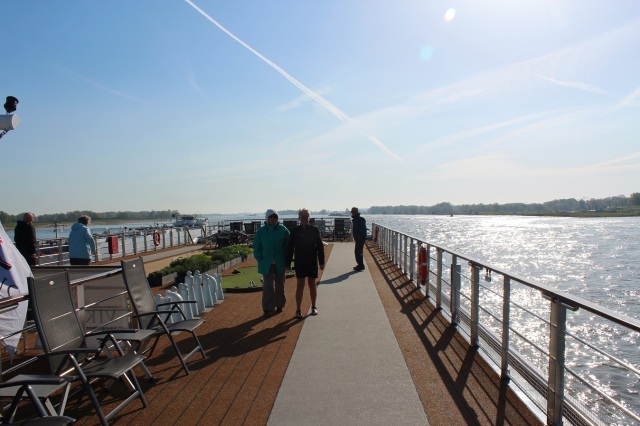 [Nevertheless, cows thought it a good day to go to the beach.] 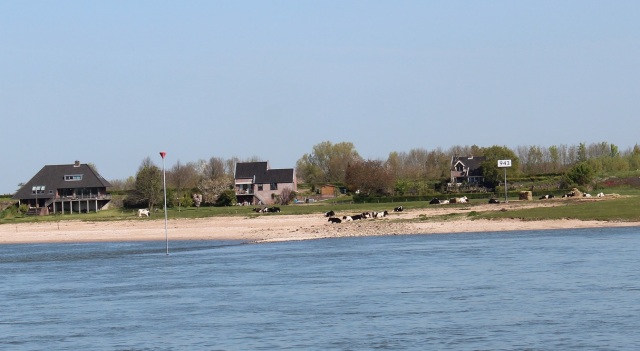 [Cars on barges get great mileage.] 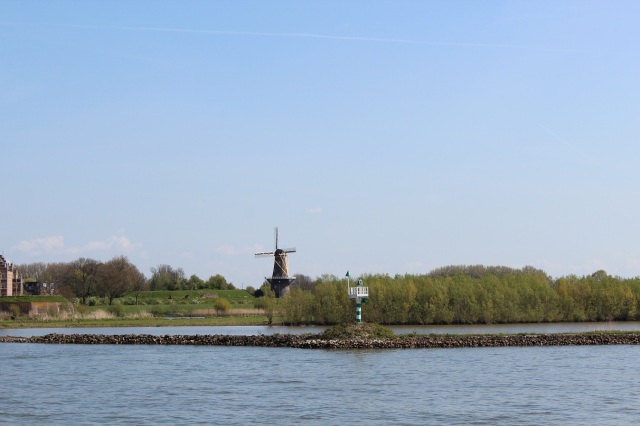 [It must be.  And of course you know Holland is merely a region in the Netherlands though it is sometimes used to refer to the entire country.] 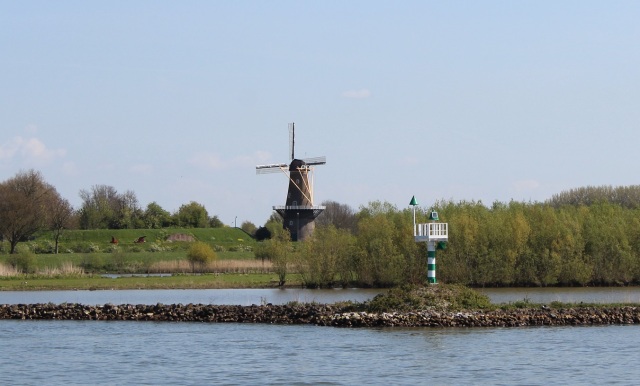 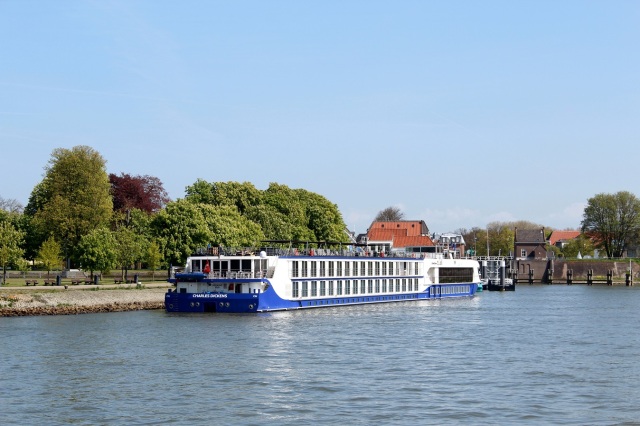 [Apparently a bridge of little significance as it cannot be found in travel scripture.] 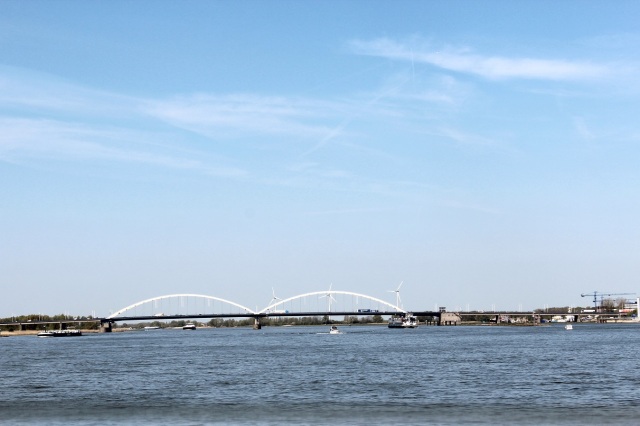 [When you come to the fork in the river, take it.]

[The Super, as usual, is first in line waiting for the lunch doors to open!]

[At lunch, the Super and the professor discuss the finer points of windmills and fluid dynamics.]

[An out the lunch window shot for reasons unknown.] 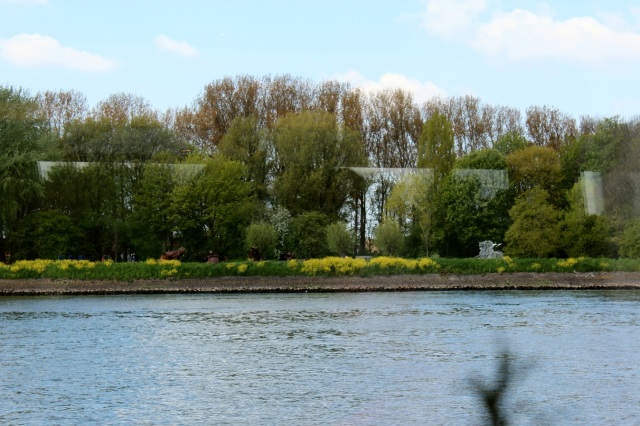 [And we have arrived at Kinderdijk, where we will tour . . . windmills!] 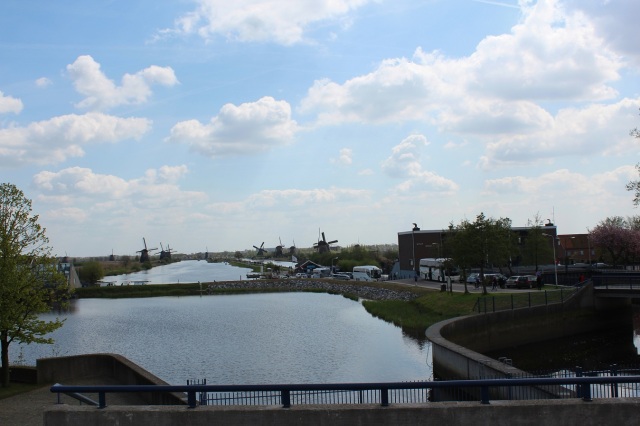 [We will learn all about the meaning of our opening quote . . . and try to figure out how the Dutch figured out how to reclaim land in this manner.] 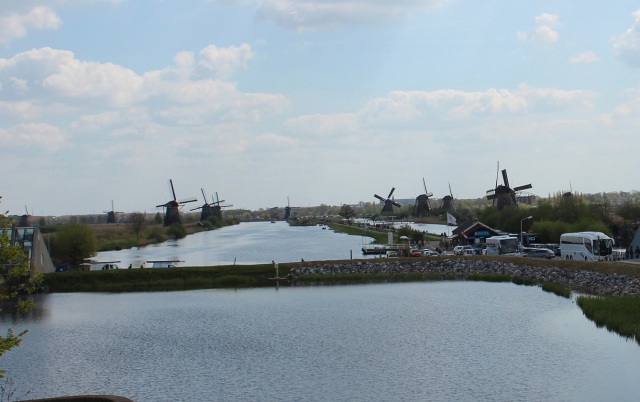 [It’s beyond my capacity to recollect it all here.] 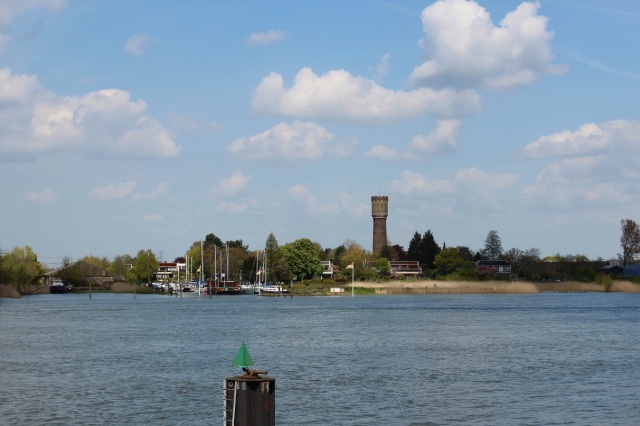 [Wooden Shoes? A typical Dutch heritage? Probably there is not one person who can give us a solid answer to that question. Through the ages, wooden shoes were found all over the European mainland, from the Scandinavian countries up north to the Mediterranean south. Some even claim that it were the French who invented the wooden footwear. Fact is, that nowadays wooden shoes are a true symbol for Holland, just as much as windmills, tulips and cheese.  (From http://www.dutchwoodenshoes.net/wooden-shoes-a-brief-history/)]

[It is with these huge corkscrews that the Dutch move water to different levels.] 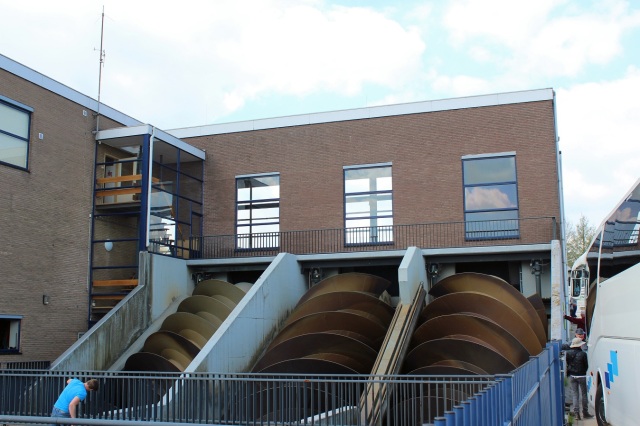 [And here is our guide who explained how it all worked.]

[Let’s go look at one, up close and personal.]

[And some other tourist.] 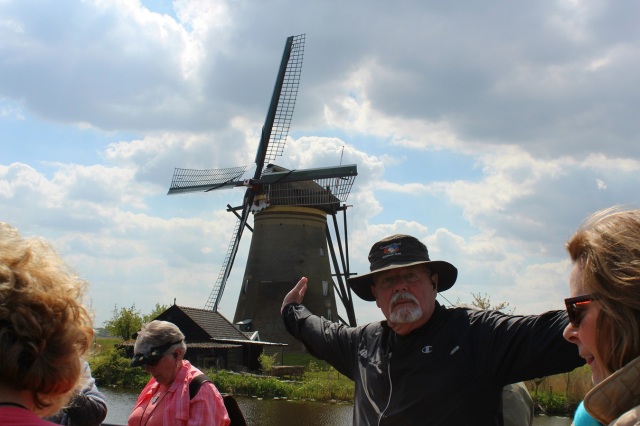 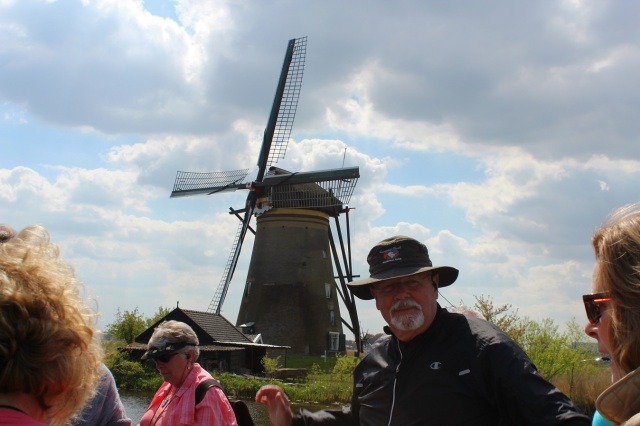 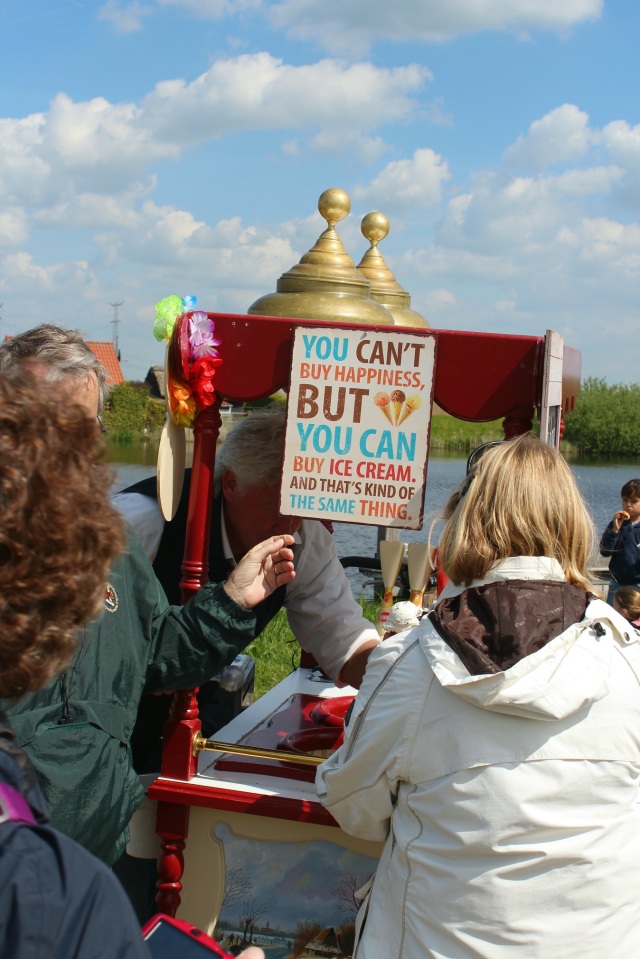 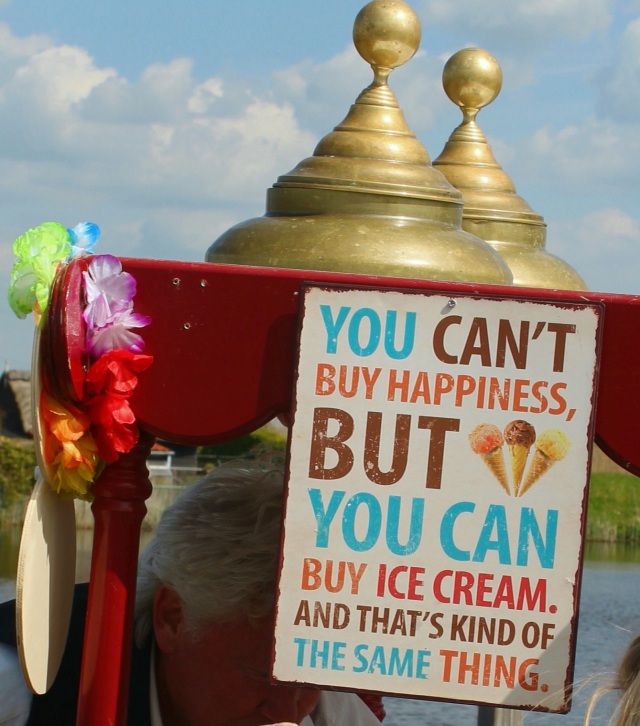 [I’ve forgotten the significance of this alignment, but it’s probably available through research.]

[We’re now inside a windmill . . . they were built prior to the enactment of the Americans with Disabilities Act.] 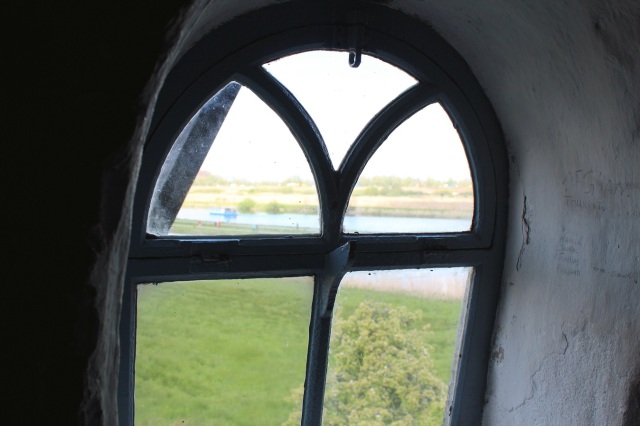 [These are big wooden gears.  It’s all very complicated.  Even Professor Kiehne, a mechanical engineer, posited that it is unlikely windmills sprang from the mind of an individual, that they evolved over time.]

[Living quarters in the windmill.]

[If you unlock this wheel  and turn it this way, it turns the big thing that way, and so on.]

[When in operation, one does not want to be any where near the rotating blades.  They have taken more lives than running with scissors.]

[A new appreciation gleaned for these devices.] 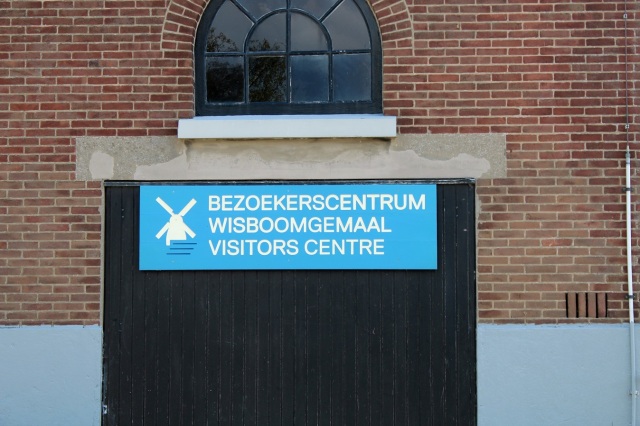 [Ahhh, how to make and repair this stuff.] 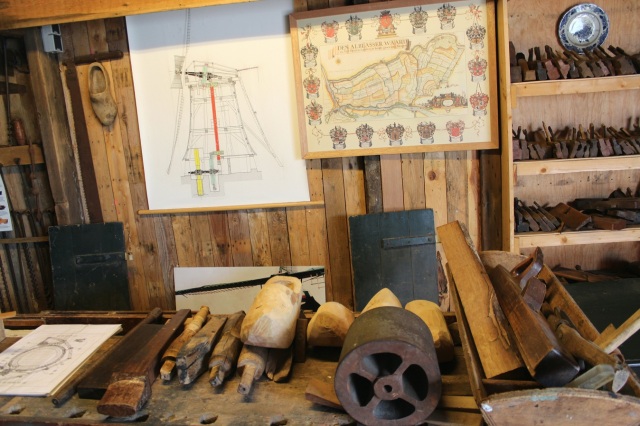 [Our guide reminded me of Tom’s dad, Merill.  He noted it’s all about windage and elevation, cranks and levers.] 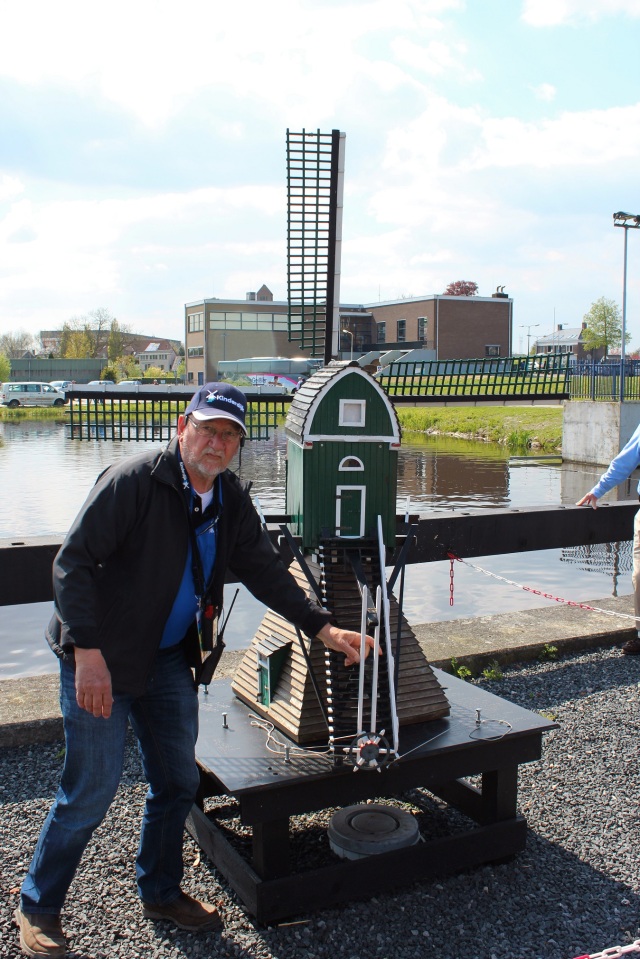 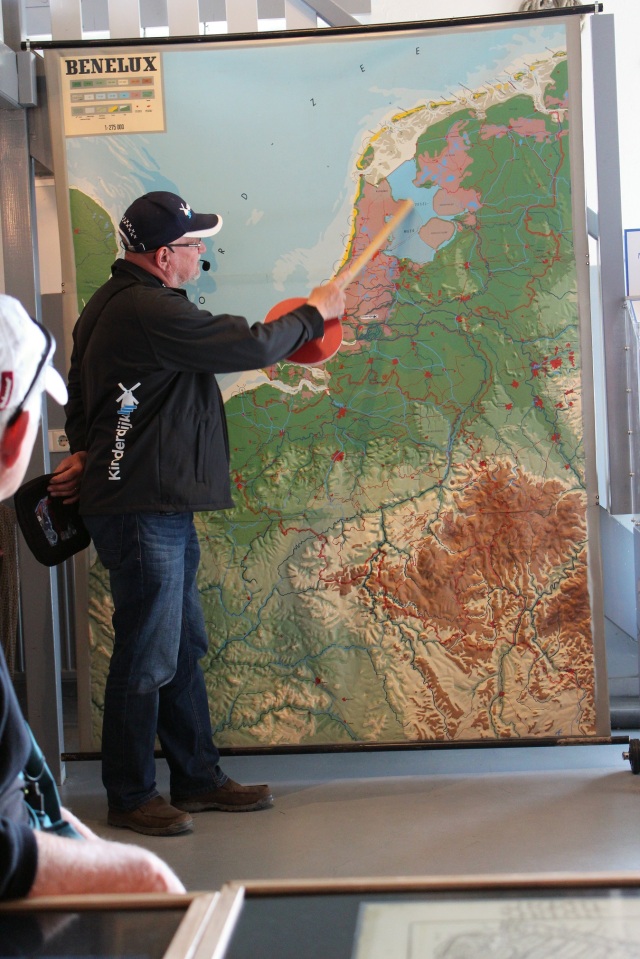 [Back aboard ship as we enjoy our last evening doing so.]

[Reheboth?  Are we in Delaware?]

[Beautiful weather to be on deck.] 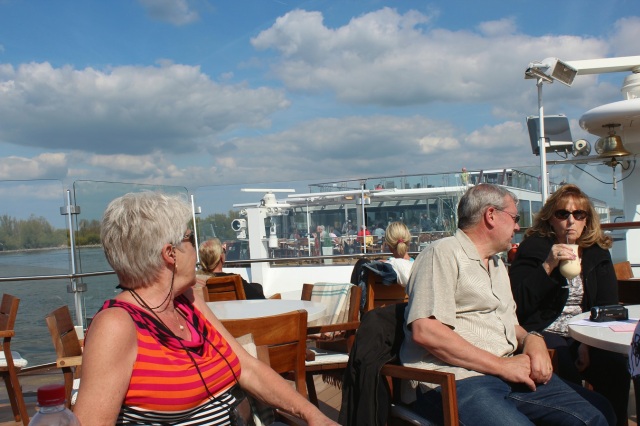 [Further proof that aliens have landed on our planet!] 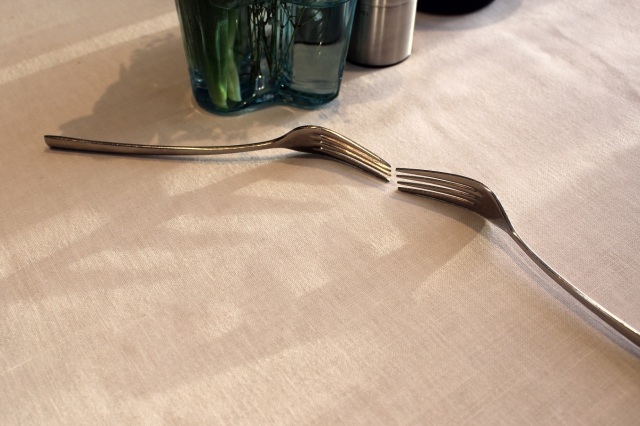 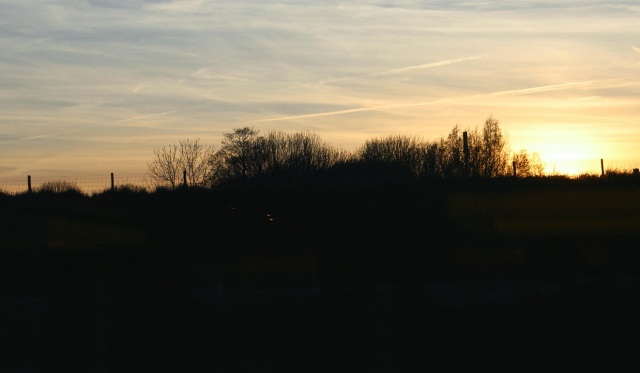 [By morn, we shall be in Amsterdam.] 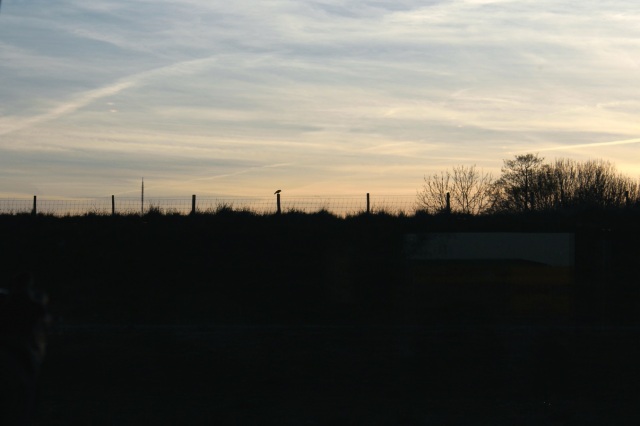 Lovers of air travel find it exhilarating to hang poised between the illusion of immortality and the fact of death. ~  Alexander Chase

Up Next:  Amsterdam, the final three days of our adventure.