[OK, this is the last full day.  It begins with a pre-breakfast lake swim – one-mile from town (far side) back to camp.  I believe there were 10 participants this year.]

[I went to the swim area to perform my cub reporter duties.]

[There was a young lady already on the dock wrapped in a towel.  I asked her about the lake swim.  She said she had already completed it.  I looked out on the lake and a long way away were the camp pontoon and motor boat who follow the swimmers if help is needed. It seems the winner more than lapped the field!] 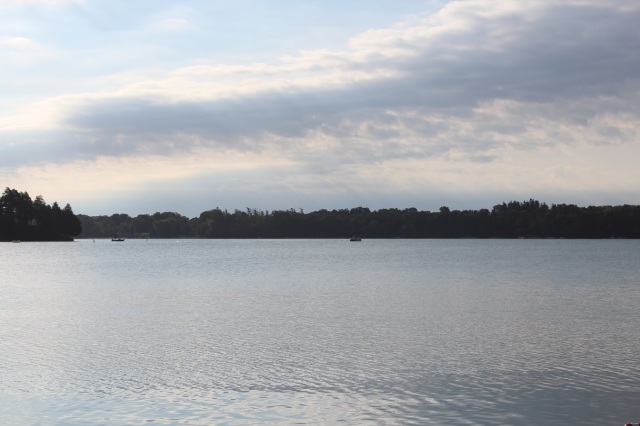 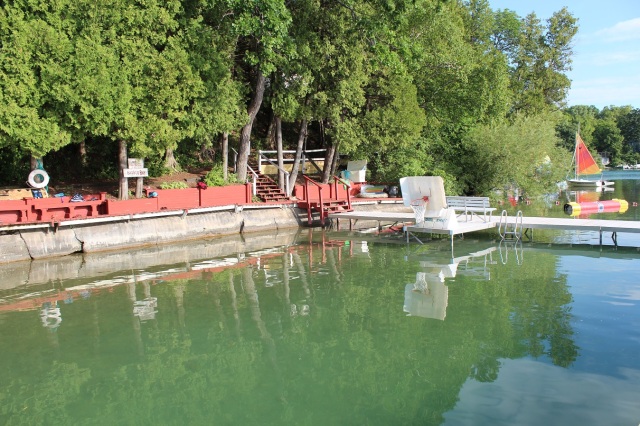 [Then another young lady finished, Ally, who is Ruby’s older sister.  The two finishers looked out on the rest of the field who were still a long way from finishing.] 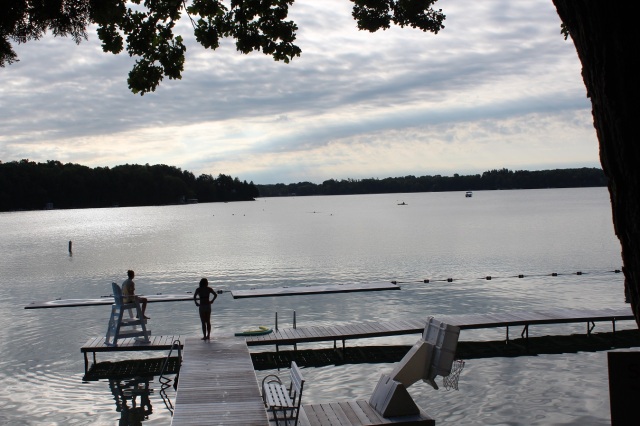 [Can you see the bobbing heads out there?]

[We lost a long time camper last year.  Cindy was also Rita’s best friend.  They came up to Alex together many years ago.  Cindy had always wanted to try walleye, something not readily available to those living in the Hoosier state.  Well, she loved it and had walleye for breakfast, lunch, and dinner the duration of her stay.]

[Cindy bequeathed enough to Camp Brosius to start its own endowment fund.] 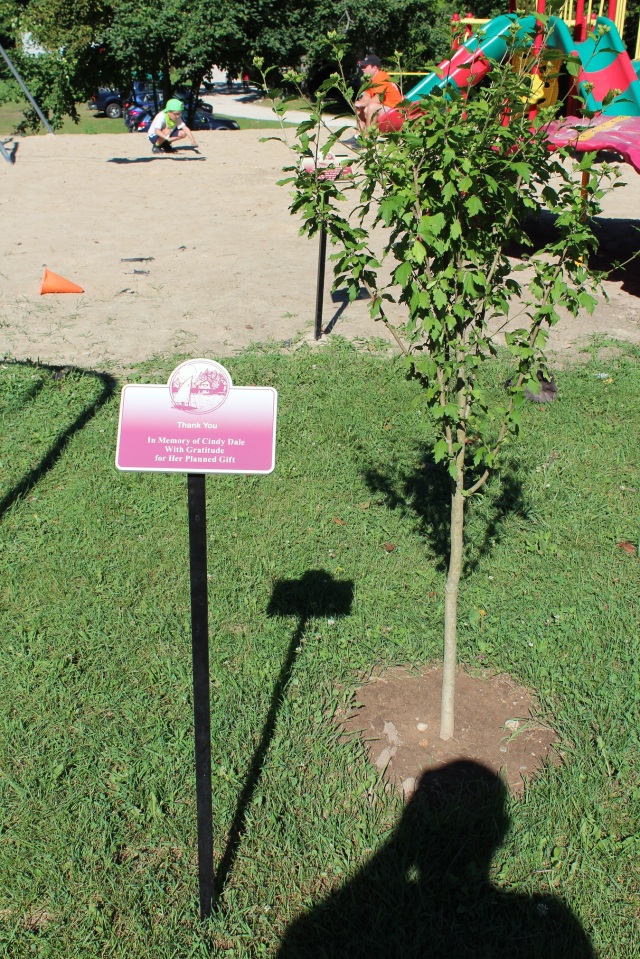 [Nope, didn’t do archery this year.  Looked like it was too far to walk.]

[Chris, Beth, and Vickie cheer them on from shore.]

[Lookin’ good, though Rita looks like she’s prepared to bail should something go wrong.] 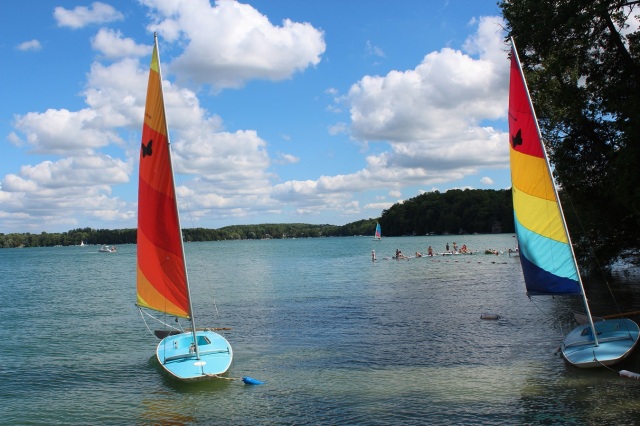 [Maybe this one is a landing attempt?] 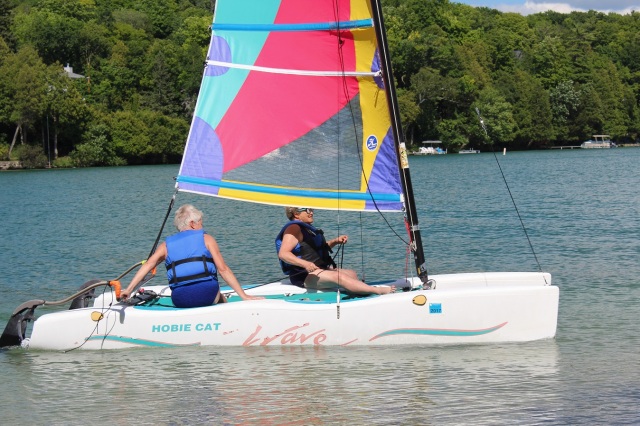 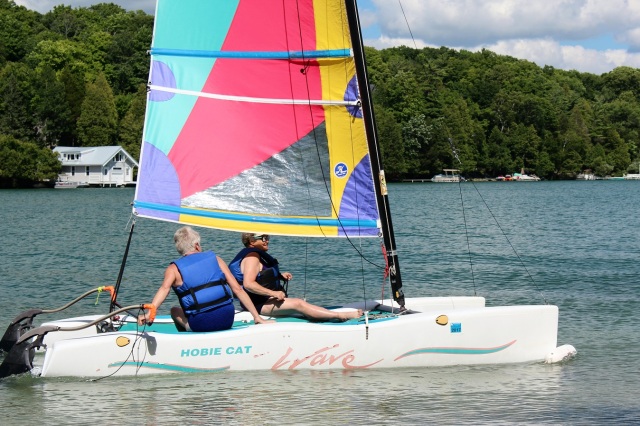 [Chris goes out to be the catcher.] 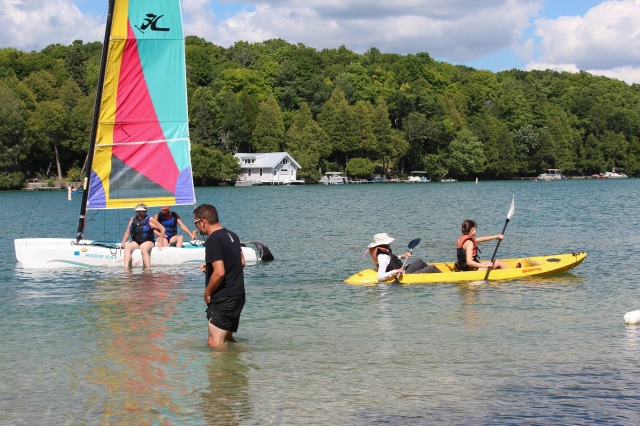 [Reetz was checking out her new shades!] 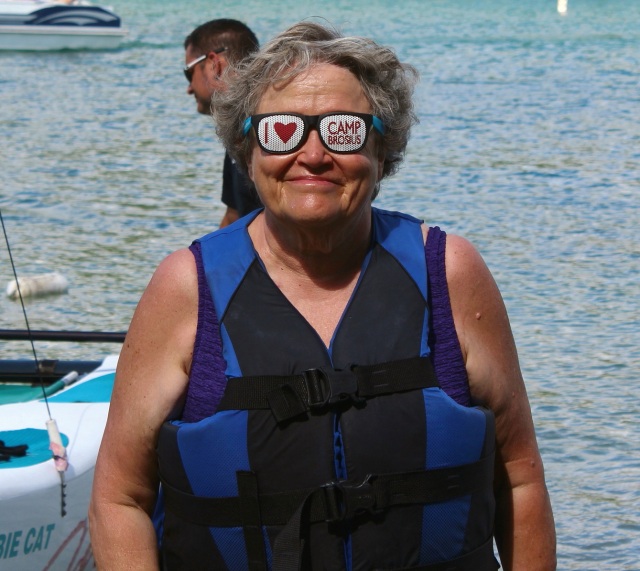 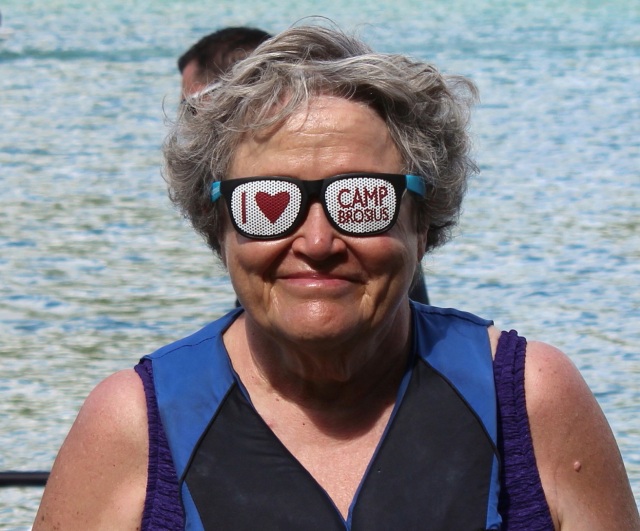 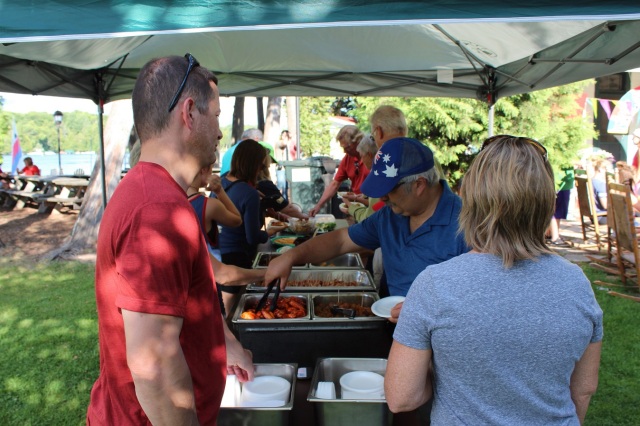 [And here come the kids, introduced by group.] 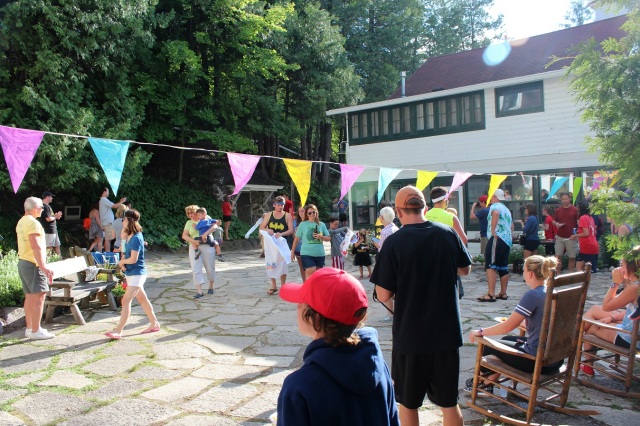 [Katie as Supergirl.  The evening’s theme was Super Heroes.]

[There’s no need to fear – the Green Pantern is here!!] 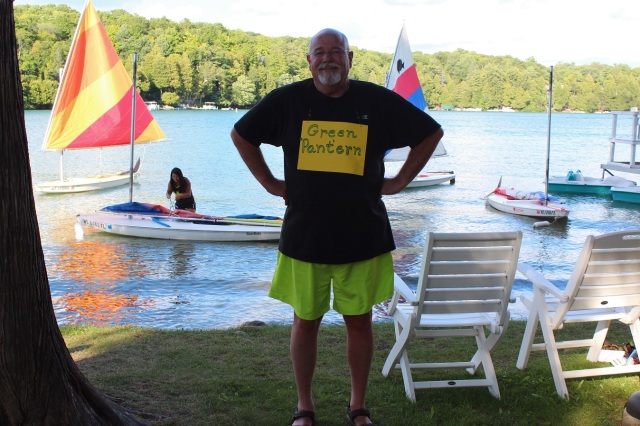 [The Super and Katie try a little line dancing.] 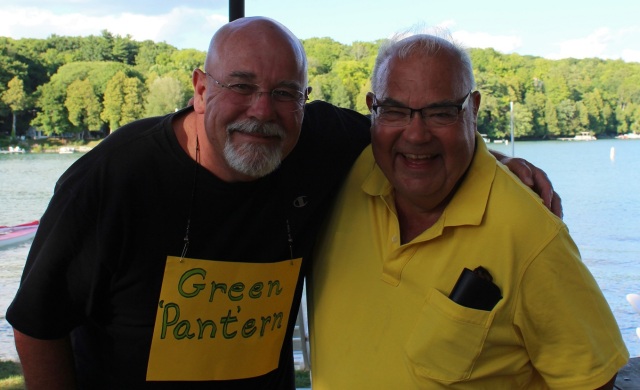 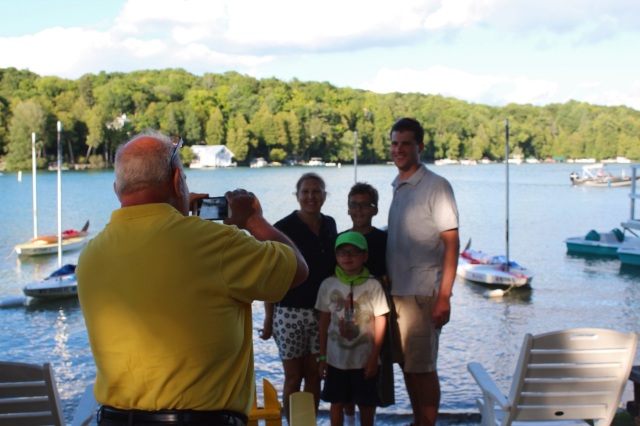 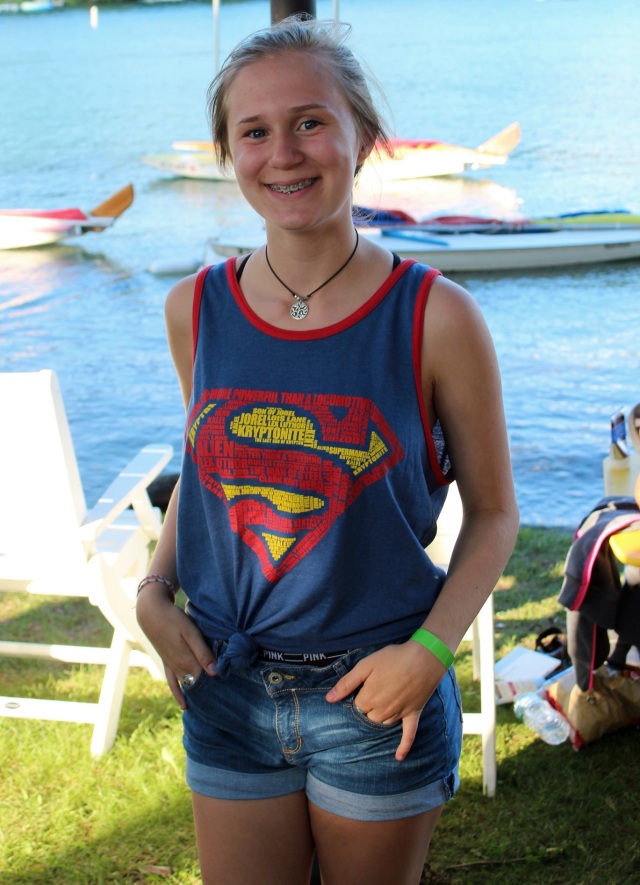 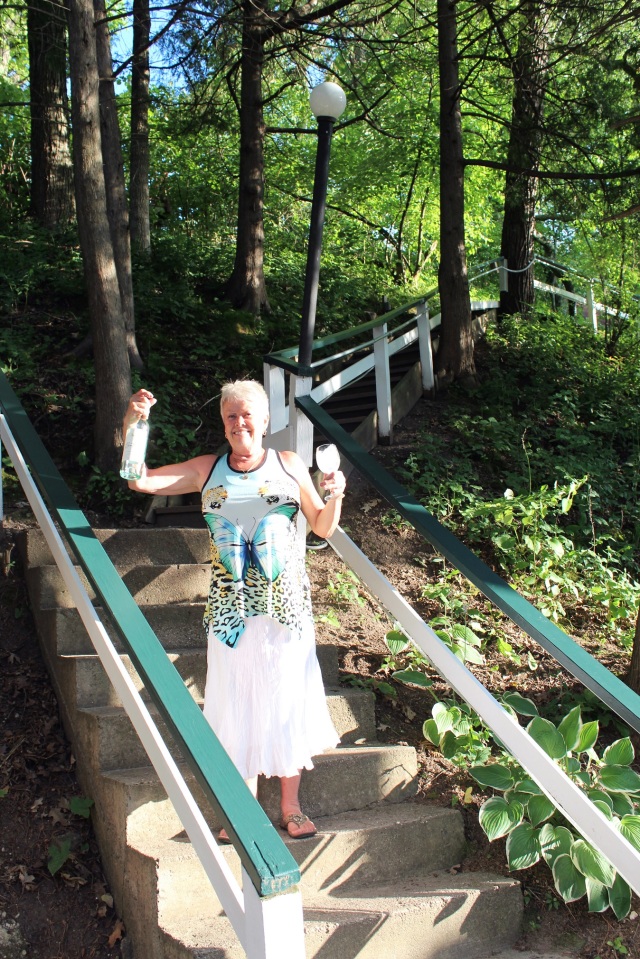 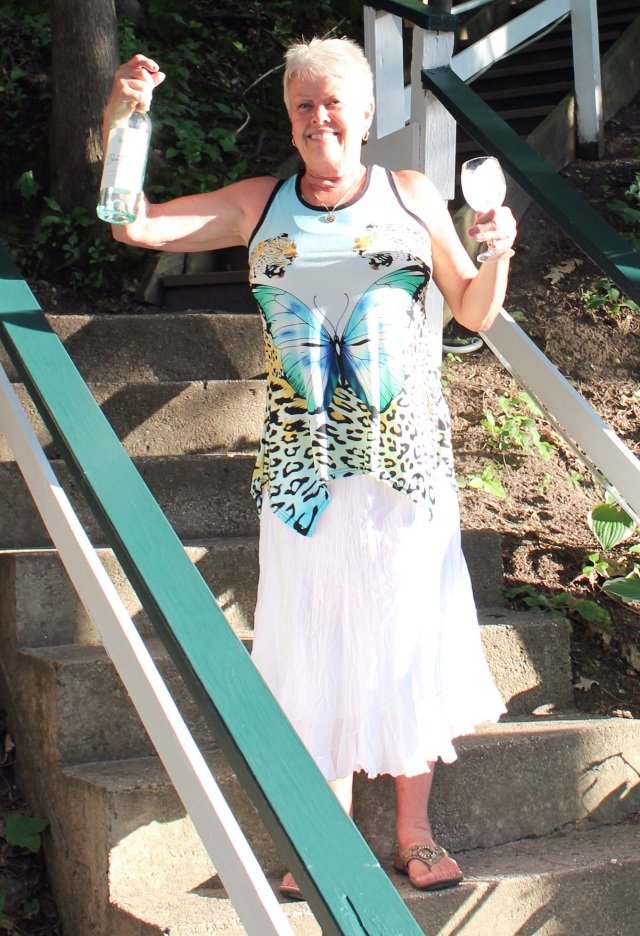 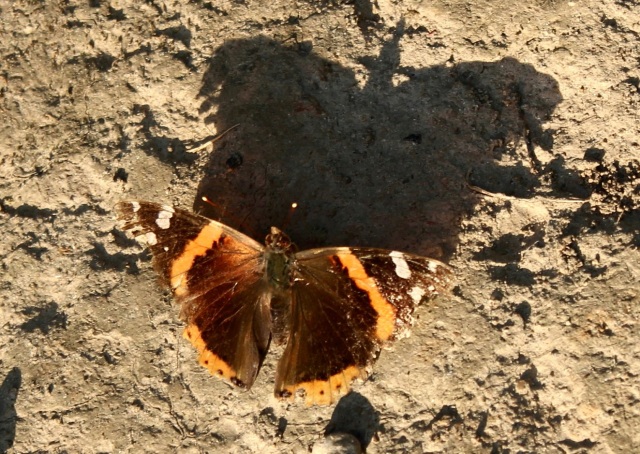 [From Facebook:  CAMP, THE FINALE: You can tell it’s the last day when the porch clothes lines no longer contain swimsuits, towels, and assorted dainties. The ole sandaled feet took a real beating. You can see the heavy wooden rocker on the porch – they are everywhere! I kept hitting my toes on them to the point of near amputation. Lest you were wondering how tough are old toe nails, I broke the metal handle on the Trim trying to trim them! After a week we were not unhappy to say goodbye to the stairs – there are 70 from our cabin down to the lake and the mess hall. That means 140 steps three times a day just for meals, plus all the other times you go down to the lakefront just to punish yourself. We have local CPA’s working on the number of stairs a camper traverses in a week. We survived the 7 1/2-hour drive home yesterday to catch the evening performance of “A Sea Doo Named Desire” as it was appropriately much ballyhooed to us over Facebook all week! 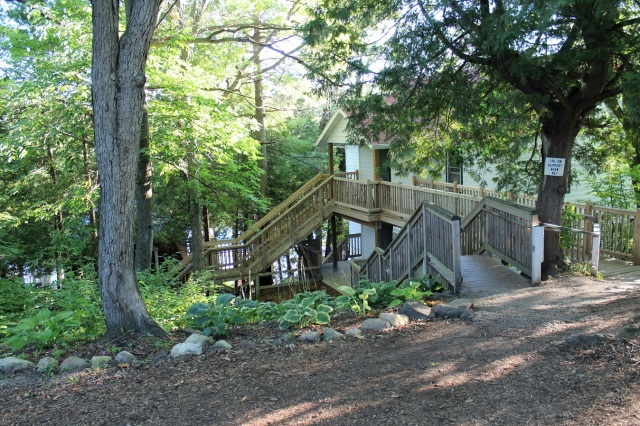 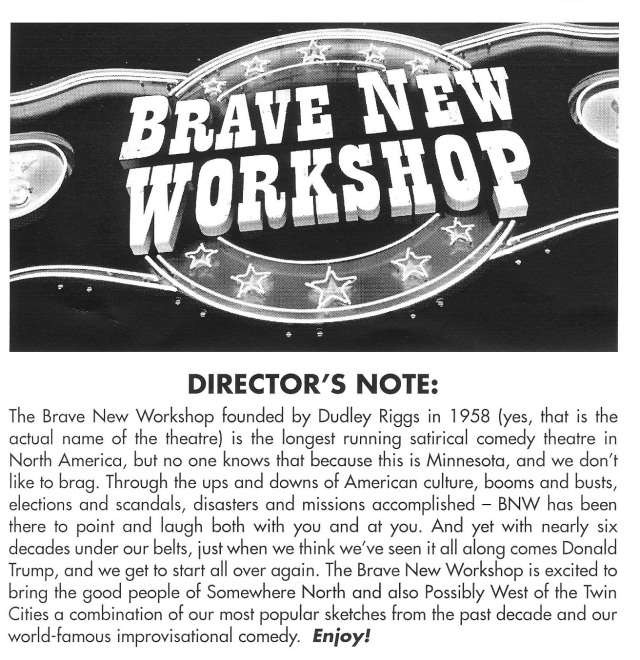 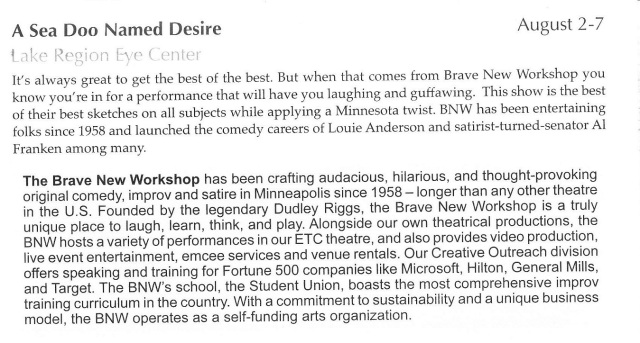 [First day back home – should have taken pictures of the Super’s gardens before we left.  They looked a little worse for wear now.] 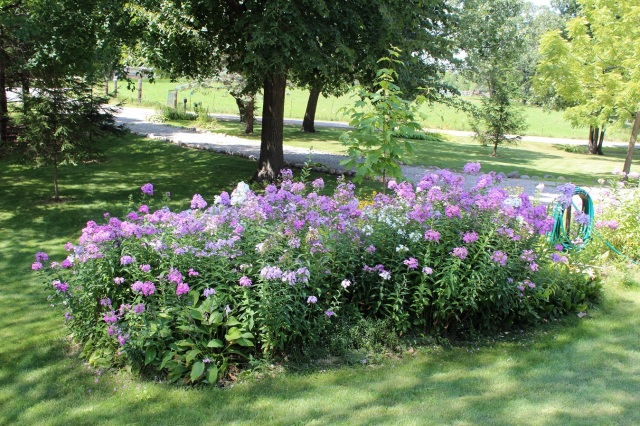 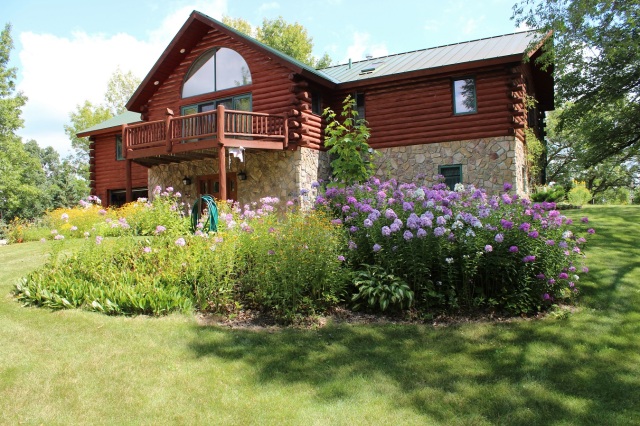 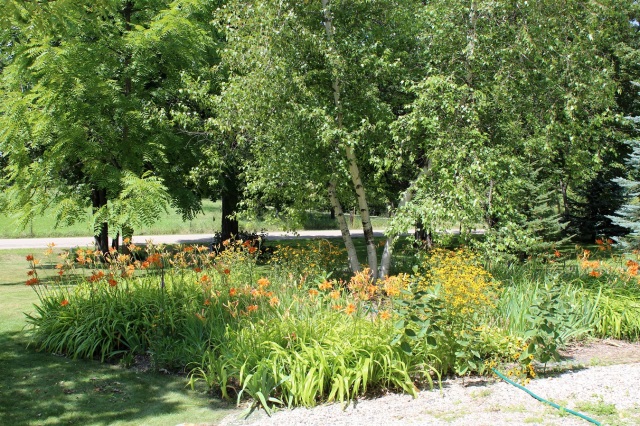 [But she was happy to be home.]

[We went the winery for the usual Sunday afternoon music. The “stage” was empty? Checked inside, nobody knew whether or not there was going to be music? So, we went to Dairy Queen!] 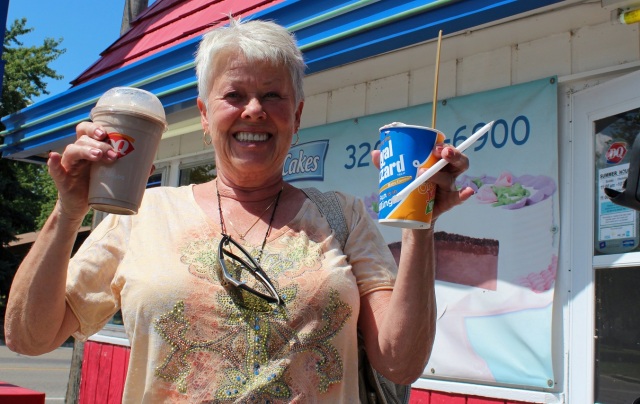 Up Next:  Maybe back to Europe now?