[I took about 140 photos here so thought it better to make it a two-parter.  Beginning again with Lake Michigan, which I’m told is a really Great lake.] 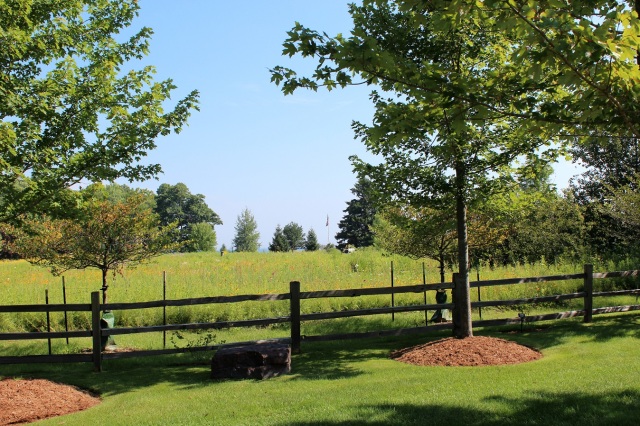 [Chris and the Super at the Great Lakes watershed.] 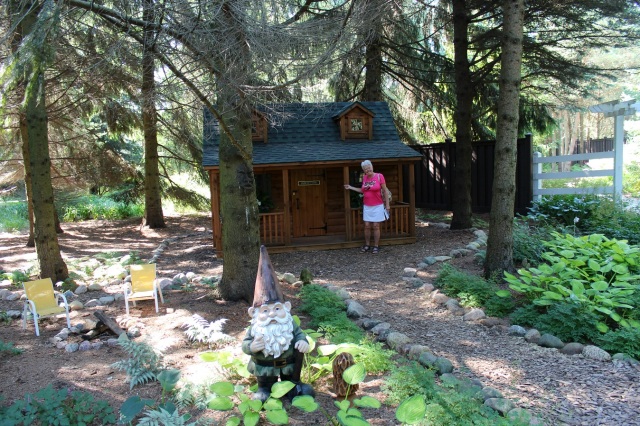 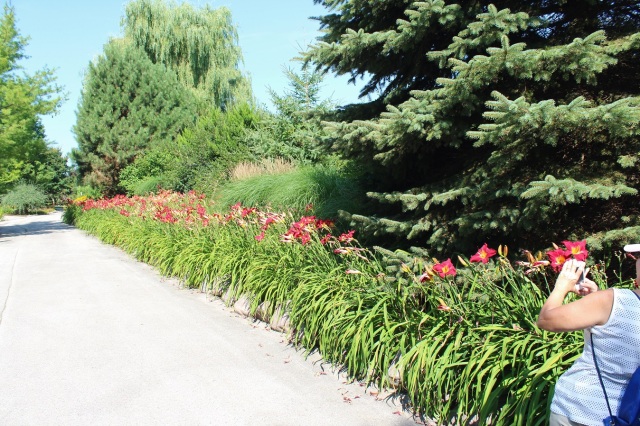 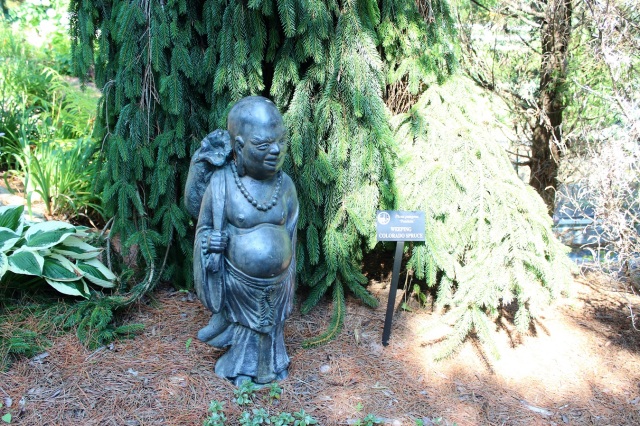 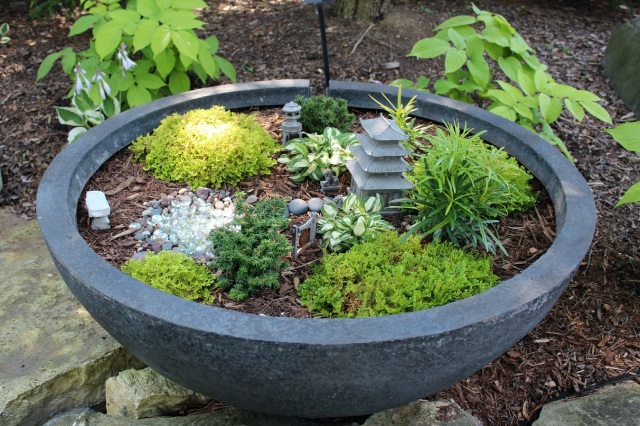 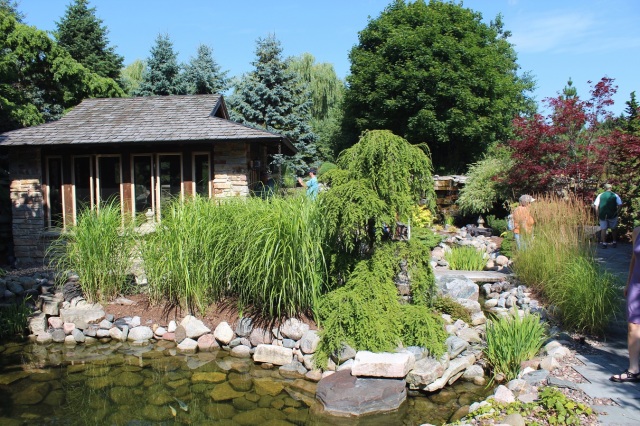 [This is our niece Beth.  The following video will show you what she’s been up to!] 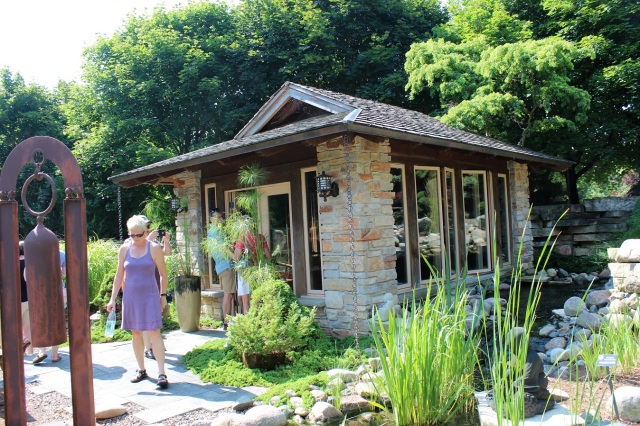 [Enjoying the products of the farm.]

[Well, at least they got this guy back on his meds when returned to camp.]

[Rita and Beth, related in the usual mother/daughter way.] 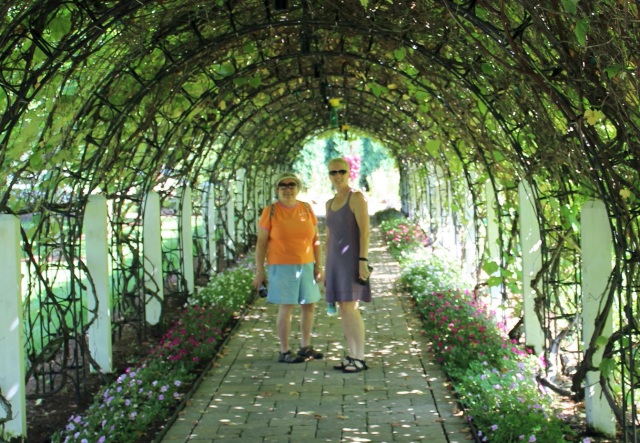 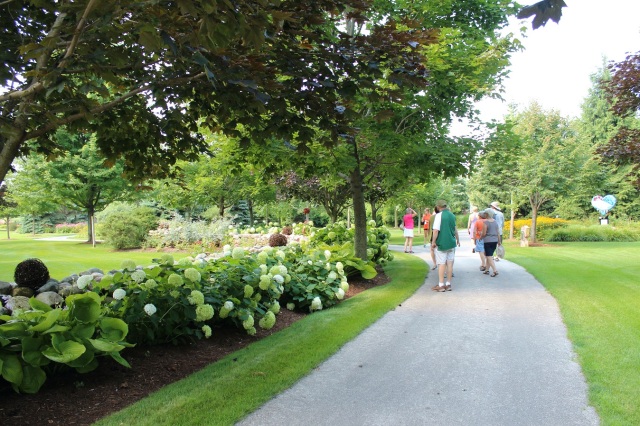 [I heard she gives a hoot?] 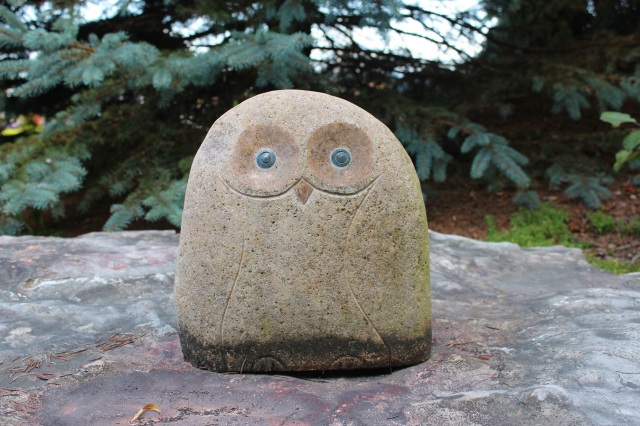 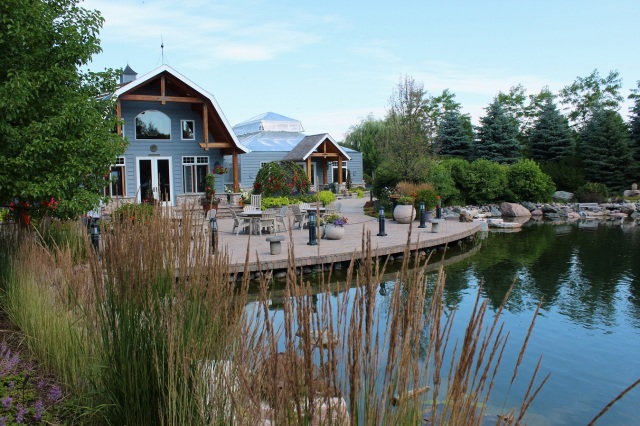 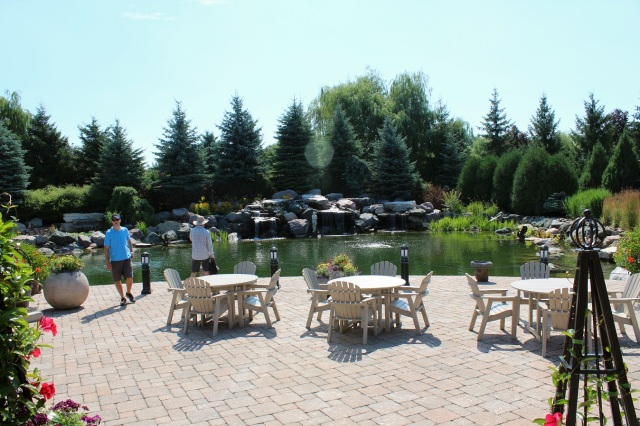 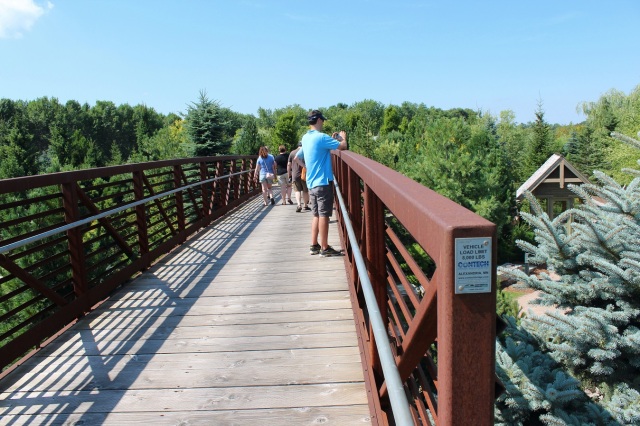 [We Alexandrians make a point of searching out these bridges everywhere because you will find them nationwide, in parks, golf courses, et al.  We’re friends with the previous owners (when it was Continental Bridge), Bruce and Kathleen, and Kathleen now owns Cherry Street Books in Alex where daughter Jami works.]

[The owner of these gardens likes railroads.  This is his personal one that runs through the property – for his use only!  Just a note on the owner, Jay Christopher – he was the founder of Pampered Chef.  Since I am neither pampered nor a chef, I’d never heard of it?  But apparently by selling to Warren Buffett he’s been able to cover the costs of building such a place!  😉  ] 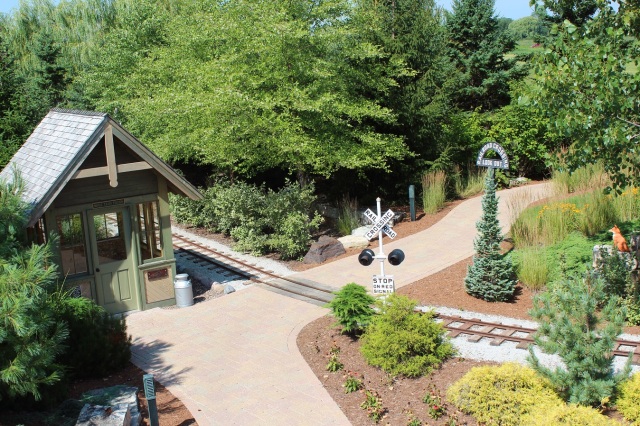 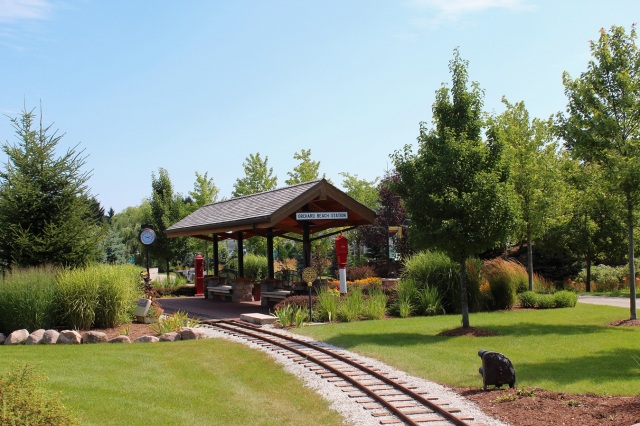 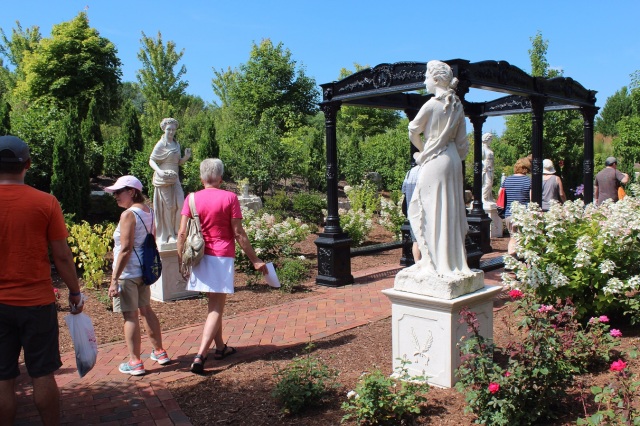 [And now going under the Alex bridge.]

[The Biddies with Karina, another camper we’ve watched grow up over the years – she’ll be a senior at Northwestern this year with a double major in communications and computer sciences.] 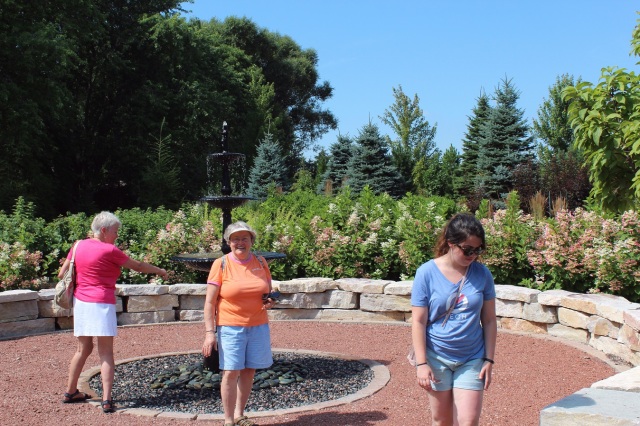 [The hostas were just planted  – in 3 – 5 years they will totally cover the ground.  Here Beth engages a brontosaurus, proving once and for all that humans and dinosaurs once co-existed.] 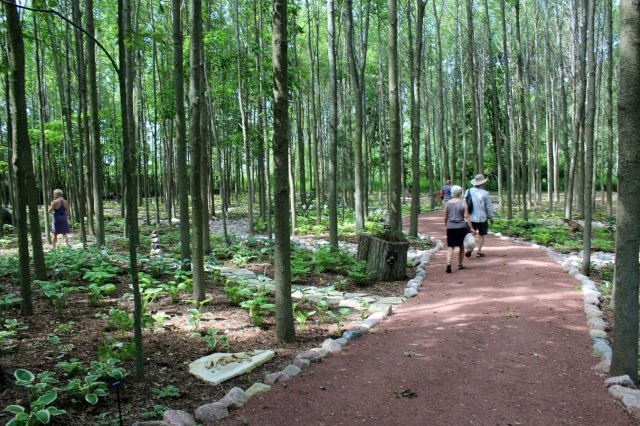 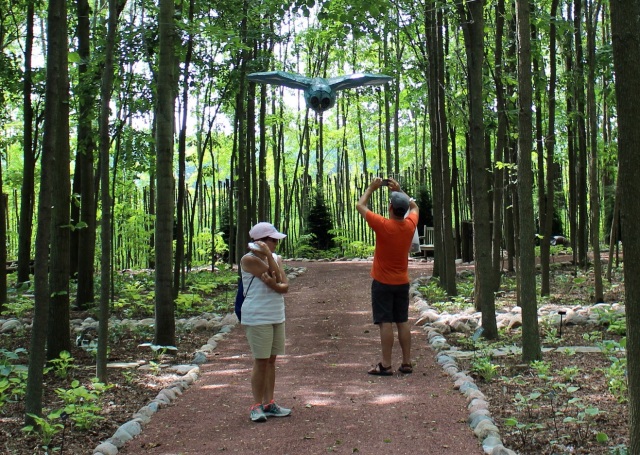 [The Super in Jurassic Park?] 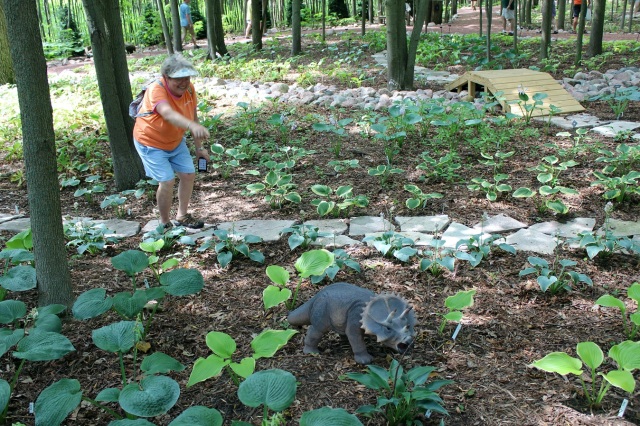 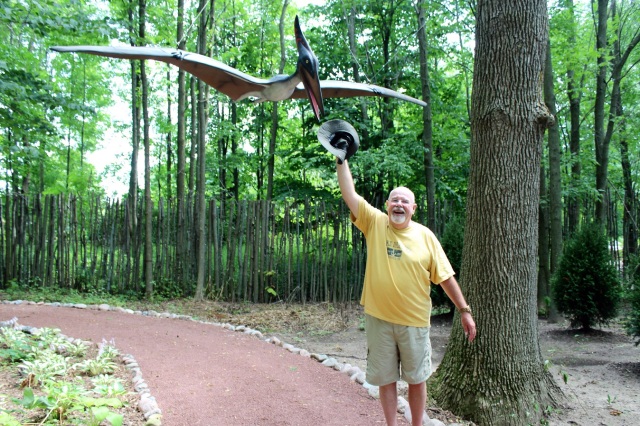 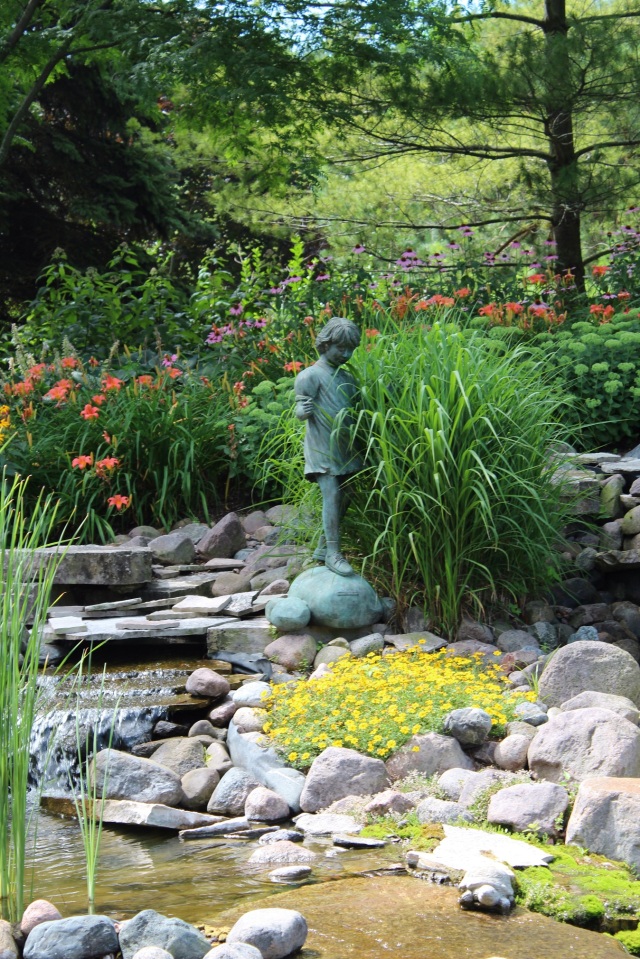 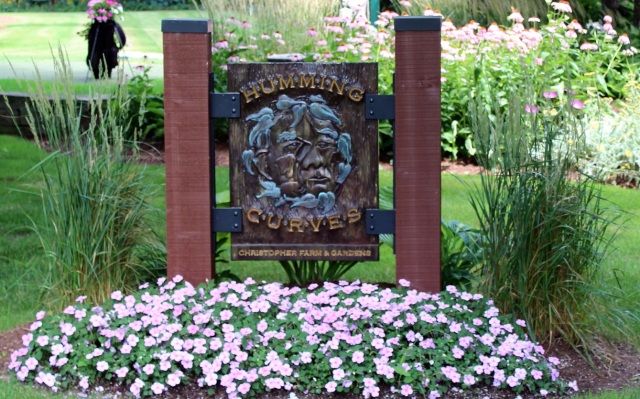 [When I posted some of these photos on Facebook, comparisons were made to Butchart Gardens on Vancouver Island.  There are similarities, though Butchart is open to the public.  They are similar in size – Butchart is 55 acres and Christopher is now 69 acres (and still growing).  Butchart has spectacular topography and Christopher has views of Lake Michigan.  I visited Butchart 25 – 30 years ago and recall taking this picture – but I didn’t feel like searching my archives to find it so I just borrowed one from the internet.  😉  ] 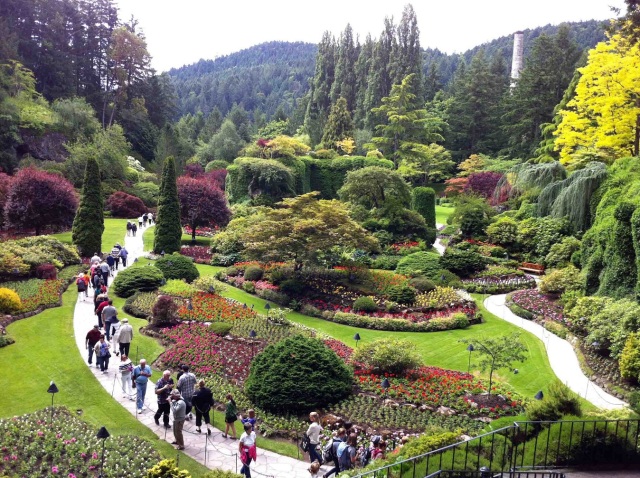 [My guess would be a firefighter’s house?] 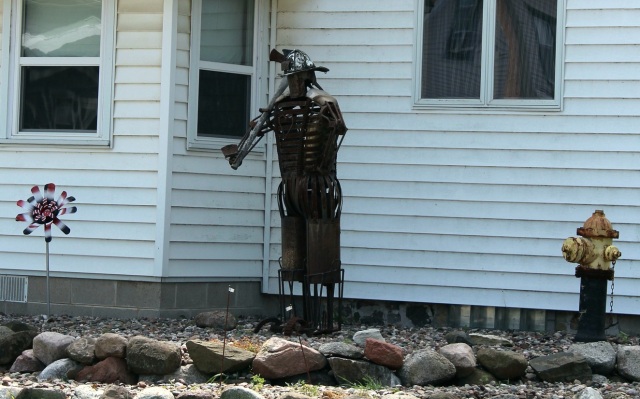 [Mary and the Super cooling their heels after the gardens tour.] 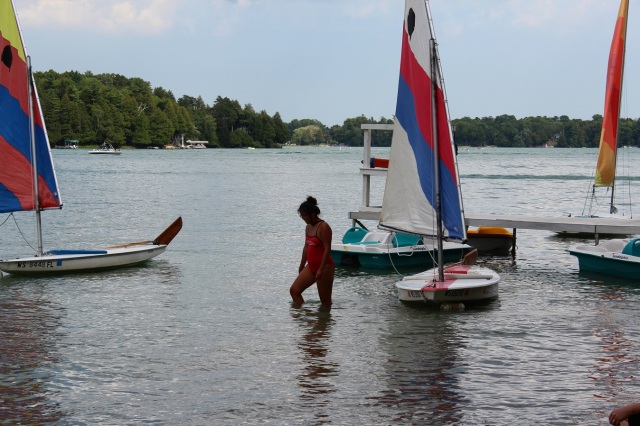 [After dinner the penultimate night, it’s time for the pontoon ride – Katie and the Super.] 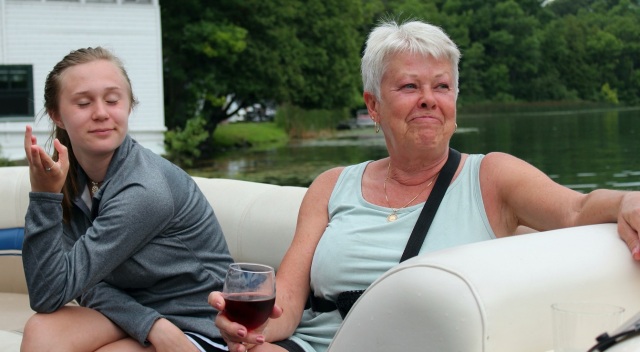 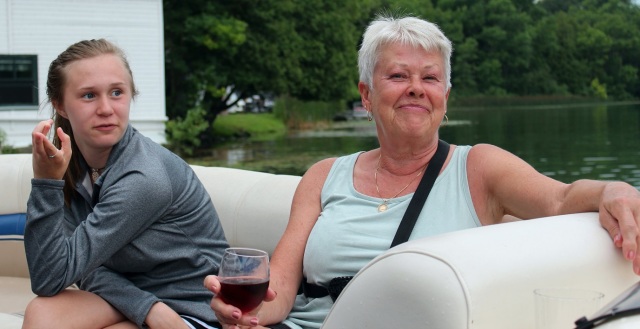 [Ed and Elke as the Sputh Roundhouse retreats in the background.]

[The DOM, Katie, and the Super]

[The pontoon ride was cut short when a storm came up – but it broke the heat wave!  Back in the cabin, it’s once again time for euchre.]