Hallelujah, what a beautiful morning! 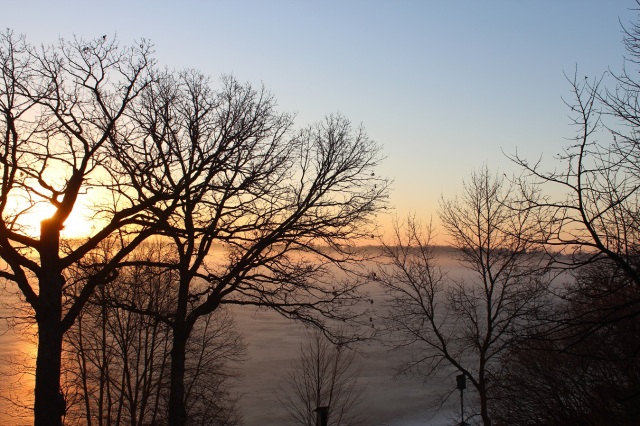 This is a story.  The names have not been changed because nobody is innocent.  I think it is a good story . . . otherwise I wouldn’t be writing it (not that that has ever stopped me before).

A long time ago (2006) in a place far, far away (Fergus Falls), the Super and I went to see Al Franken campaigning on behalf of DFL candidates in our “neighborhood” (this was before he decided to run for the U.S. Senate).  While there we heard a local singer/songwriter who we thoroughly enjoyed.

[Note to Professor Miltich:  This apparently is the only photo I took at the event?]

Jump forward many, many years (many, many equals a large number), and we find ourselves in a friend’s home for a house concert by the Josh Harty Trio.  No, it wasn’t Josh Harty who we saw in Fergus Falls lo those many years ago, though he is a fine musician in his own right (or write, since he is also a songwriter).  But present in the audience, as a friend of Josh’s, was that gentleman from that other time and place.  His name is Dave Stoddard, and though we had subsequently seen him perform a few times since then, we had never introduced ourselves.  Upon doing so we noted that we would be seeing a friend of his perform the next day at Carlos Creek Winery, a fellow Fergus Faller by the name of Anthony Miltich.

Professor Miltich is, of course, a name well known to followers of the Super’s FB site and my blog.  We have become friends over the years as he has performed at many venues in Alex.  So, at CCW the next day, we told Anthony we had just met Dave the previous night in Alex.  Anthony and Dave compose a mutual admiration society who have performed together on occasion.  We told Anthony of the time we first saw Dave perform, at the Al Franken shindig 10 years ago.  Anthony was taken aback.  He said he was there also (we didn’t know him at the time), and that was where he first introduced himself to Dave.  Well, knock us over with a feather!

[Yes, going back in time one day for our evening with the Josh Harty Trio.  Photos contributed by Jami Gaither, a burgeoning photojournalist in her own right (there’s that phrase again?).]

[Well, as long as we’re featuring Jami, back two more days for her coverage of our presentation to the League of Women Voters on Education.] 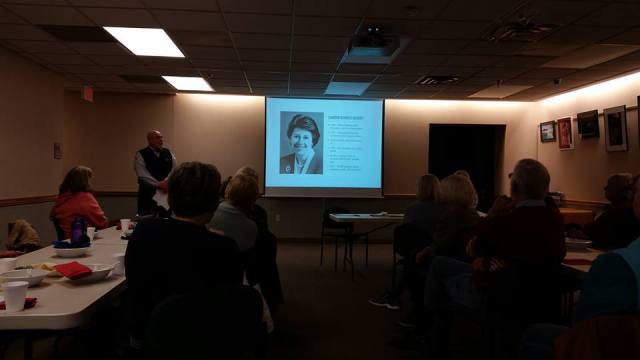 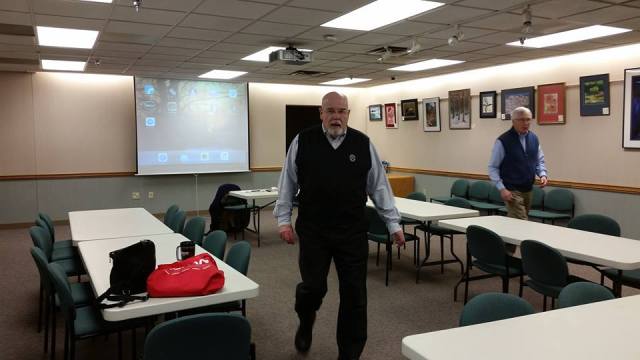 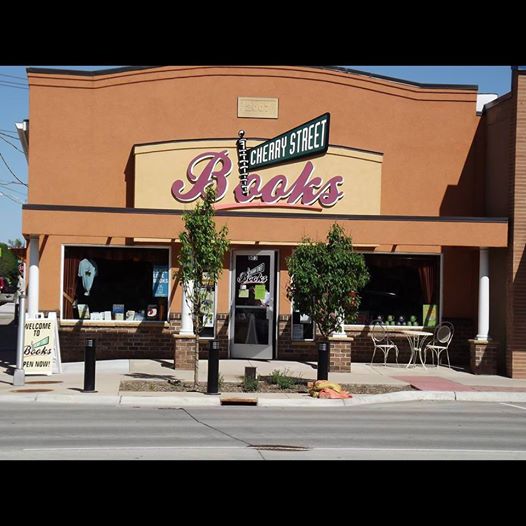 Meanwhile, back at our regularly scheduled program . . .

[As promised to Mr. Stoddard, we were at the winery the next afternoon to see Professor Miltich.] 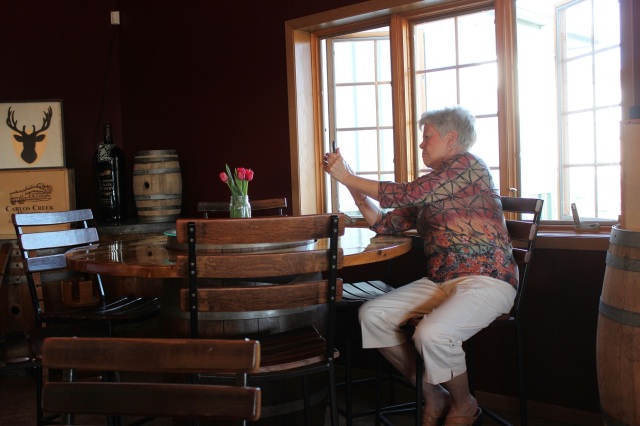 [And this is the photo she took.] 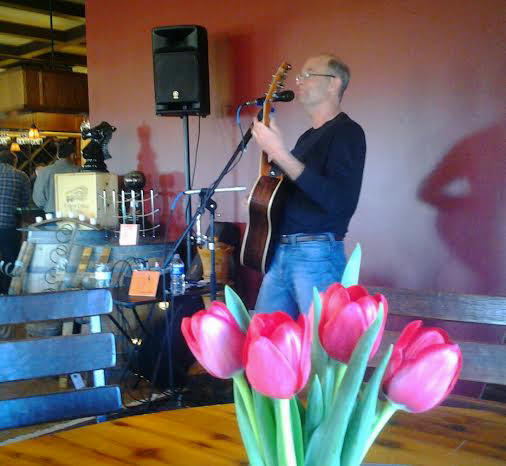 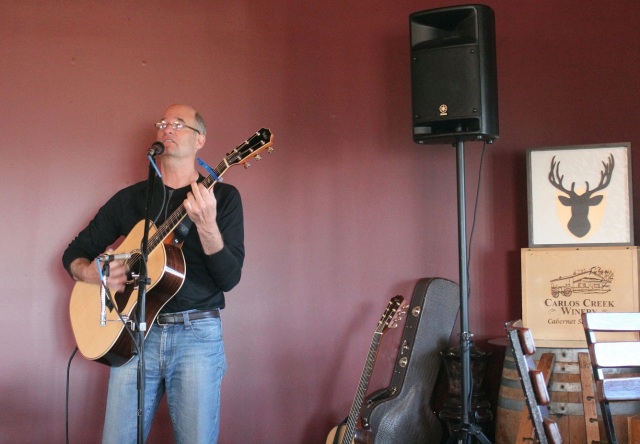 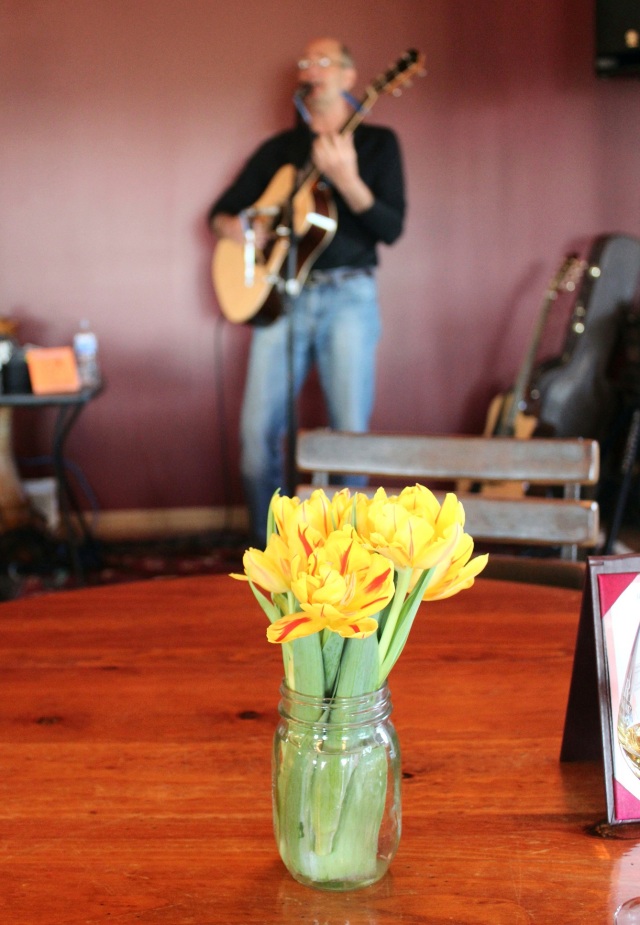 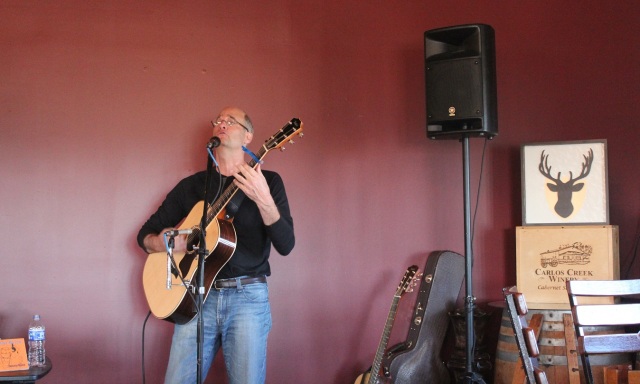 [It was a beautiful day – 68 degrees on the car temperature gauge on our way out.  We assumed Anthony would be playing outside. But it was early in the season, and they weren’t sure if the weather goes going to hold up enough for people to sit outside.  It did . . . and they did. Recognize any famous Alexandrians in the photo?] 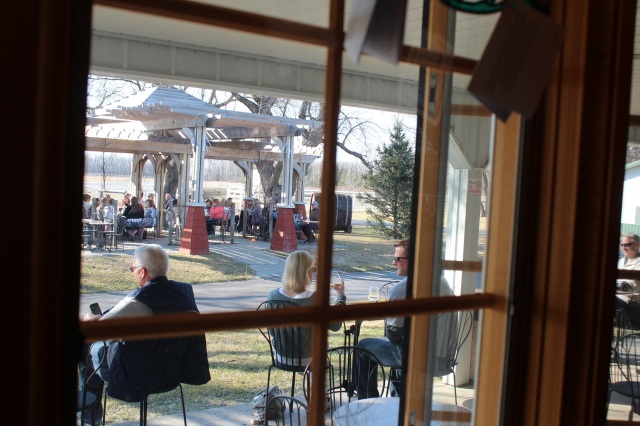 [We returned home briefly; the Super for a nap, me to watch Fergus Falls play De La Salle for the boys’ class AAA state basketball championship.  De La Salle won their 5th straight championship, but I thought Fergus acquitted themselves nicely.  I can’t complain, two of the four class champions were Minneapolis North and De La Salle – Dad attended De La Salle (apparently for as long as it was family affordable) and graduated from North!  A hint about the above photo, the Cardinal girl’s basketball team lost the section championship by two points, in overtime, to Thief River Falls.  Everybody is back for next year – it will be a team on a mission.]

[Meanwhile, back to the program.  We had to take a brief break (read: nap) before going to the winery after a 2-hour Citizens Climate Lobby meeting that morning.  After awaking from our second daily break, it was off to SAWA for Paul Drinkwine.] 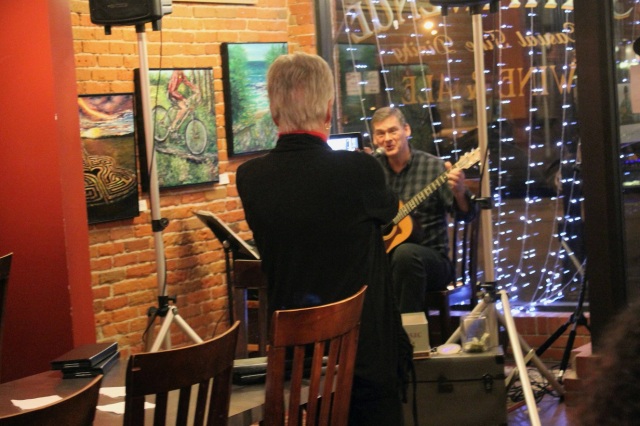 [The photos the Super took above.] 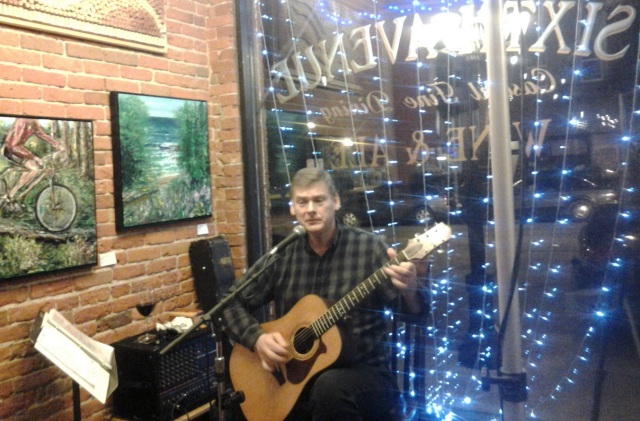 [And the forever popular dash to the tip jar when, “. . . and put bread in my jar,” comes around during Piano Man.]

[See?  I told you you should have come!]

[After a nice stretch of warm, sunny weather, it was a rainy Sunday (apparently for the next week as well as spring continues to come a month early).  We had tickets for the last performance of  “Over the River and Through the Woods” at the AAAA.  Everyone who had been to earlier performances advised it was a fabulous production; several thought it was the best they’d ever seen at the theatre.  We can concur!  Unfortunately, it fell victim to the March time slot – meaning attendance could have been better.]

[Oh, and Dave Stoddard again?  Yup, he gets AAAA billboard notoriety right up there with Leon Redbone and Leo Kottke.] 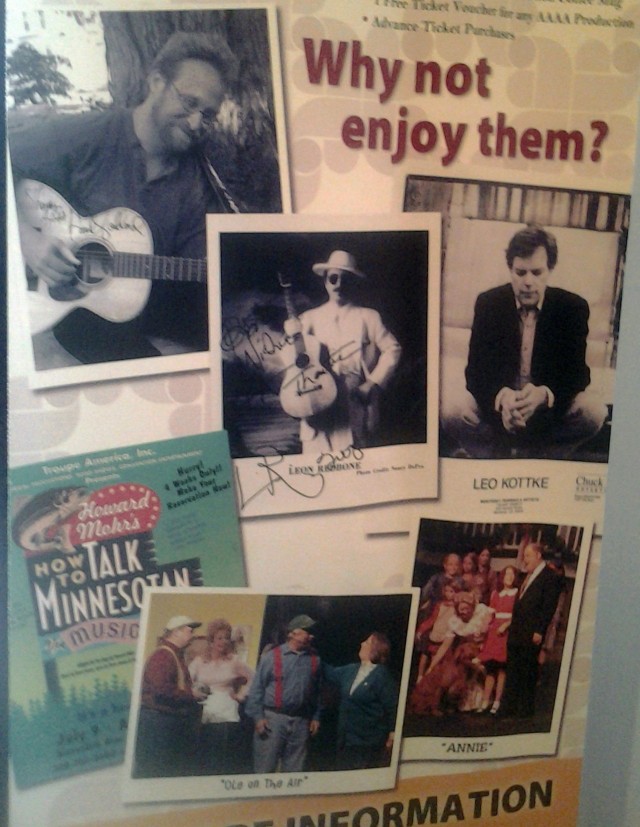 All the good music has already been written by people with wigs and stuff.  ~  Frank Zappa