[Always in time to catch a bit of the JV action.] 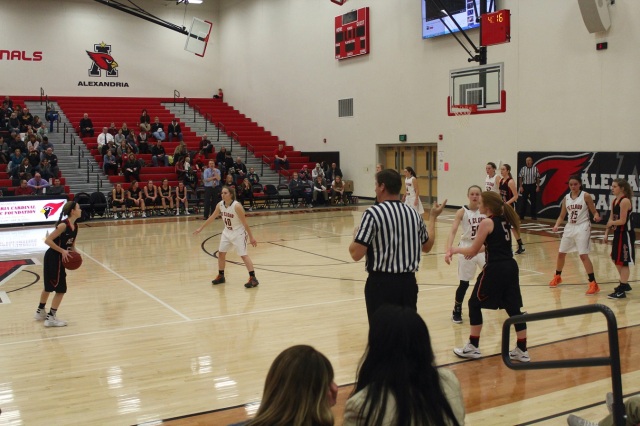 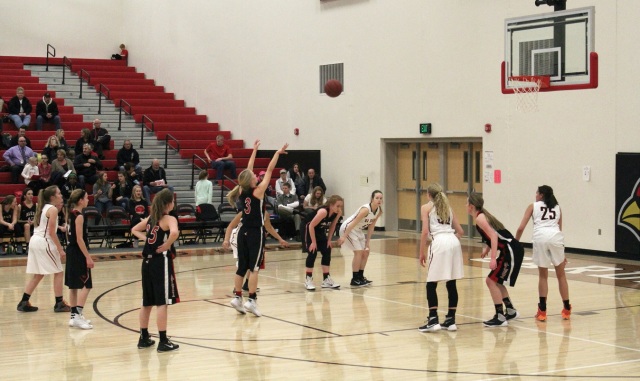 [Drat, can’t see a number – probably should put the number on their trunks as they are otherwise oft obscured by ponytails. Don’t they have laws against that in car licensing?] 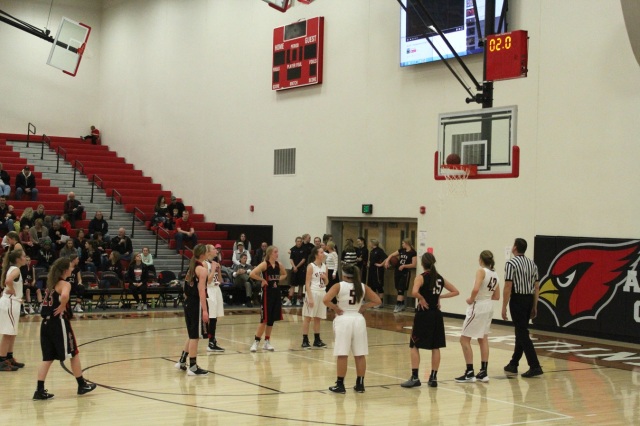 [Another big win for the JV!] 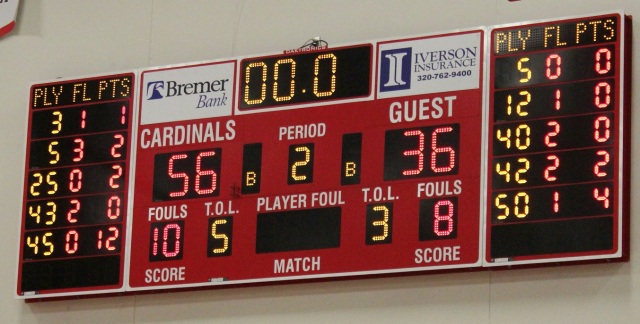 [Do you know what’s red and smells like blue paint?] 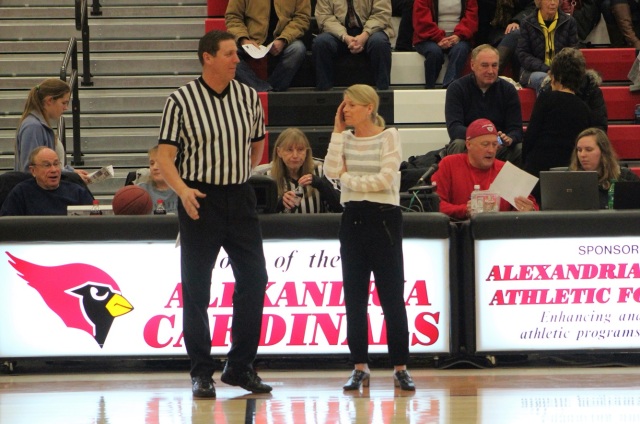 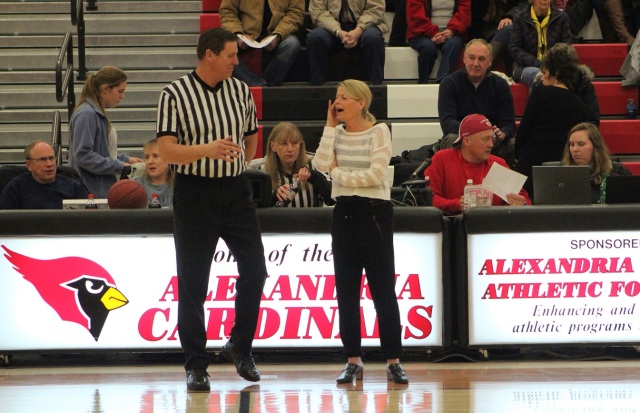 [OK, which direction are we going?] 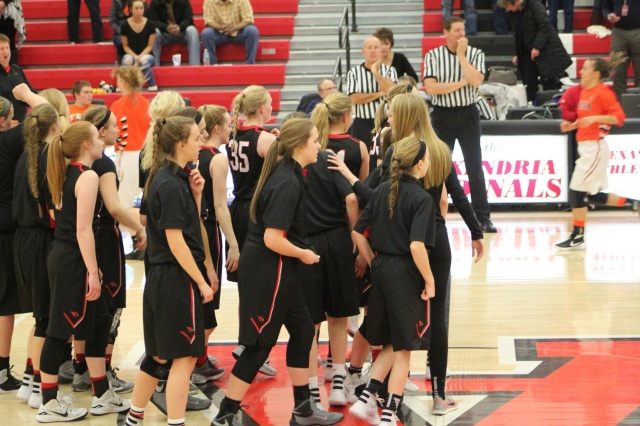 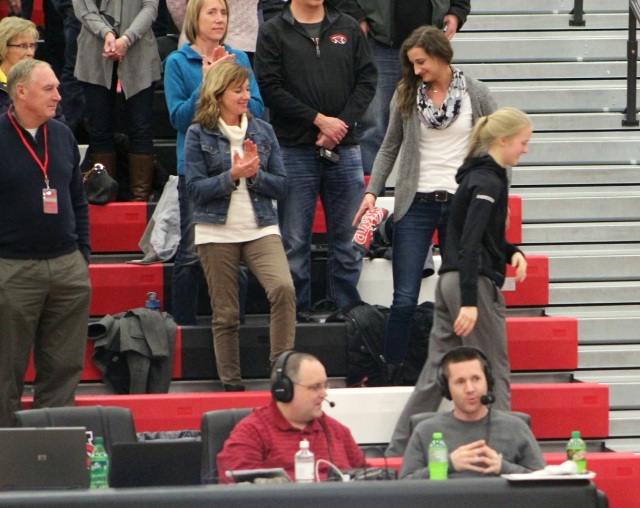 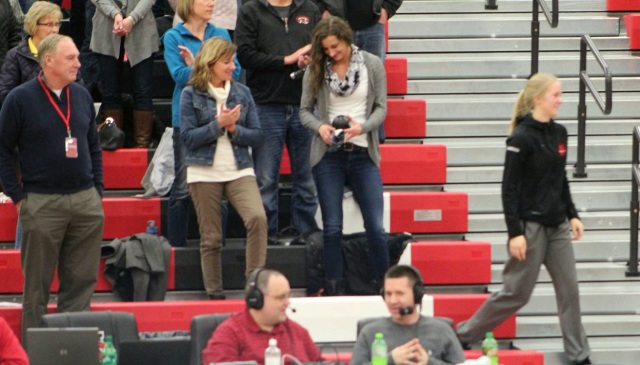 [And Kayla Feldhake (43) goes up for the opening tap.] 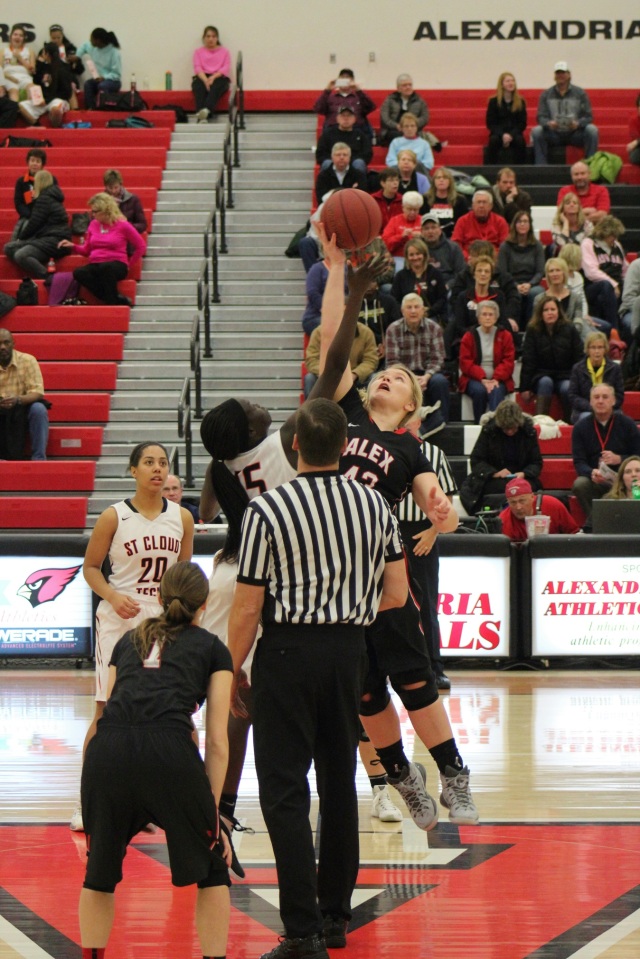 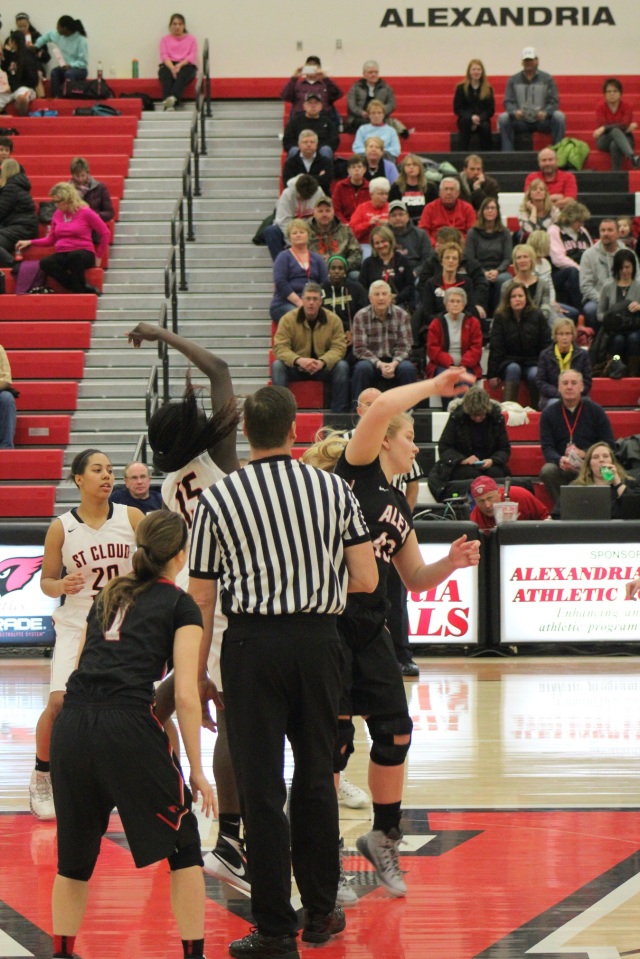 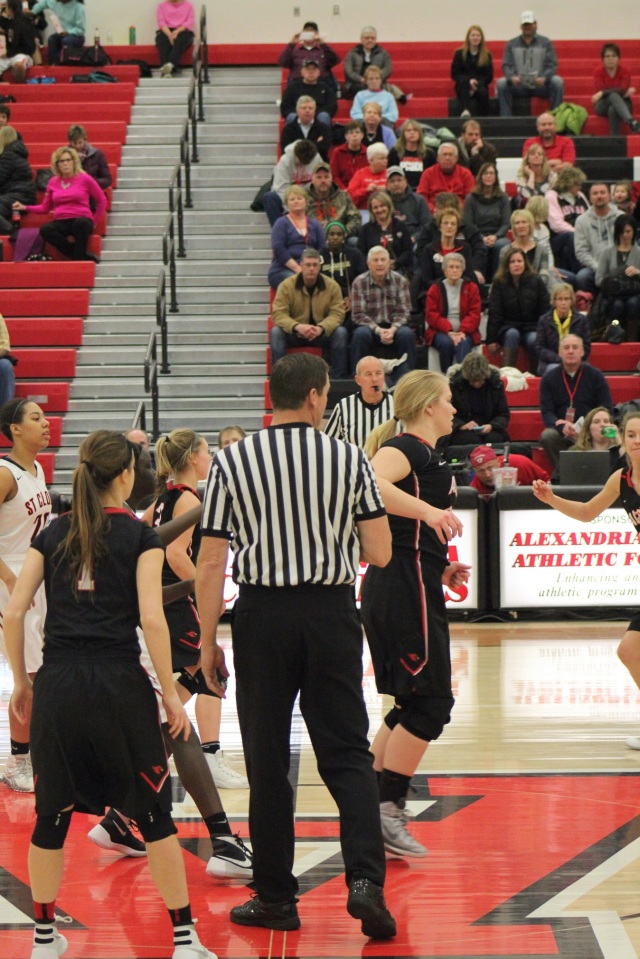 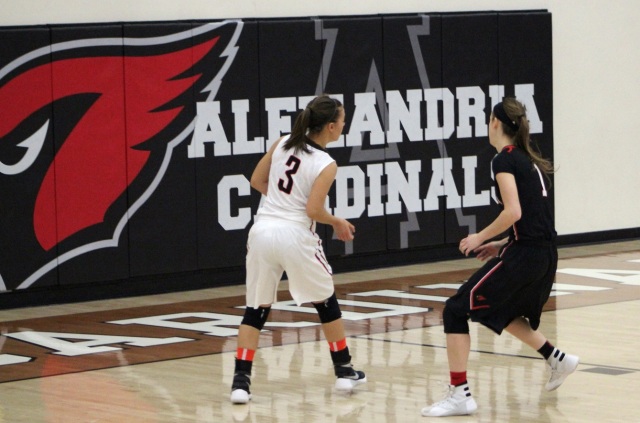 [The 3 guards, Emma with Macy Hatlestad (11) and Kendall Kohler (3) work to prevent any team from ever getting into the front court.] 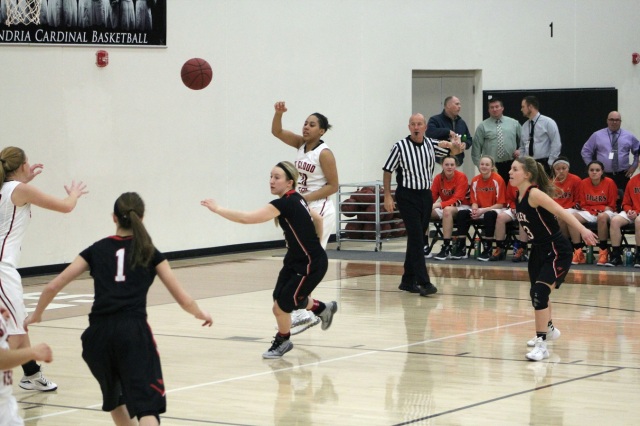 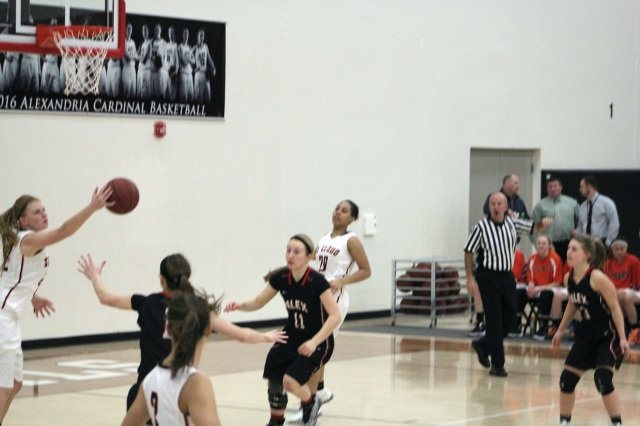 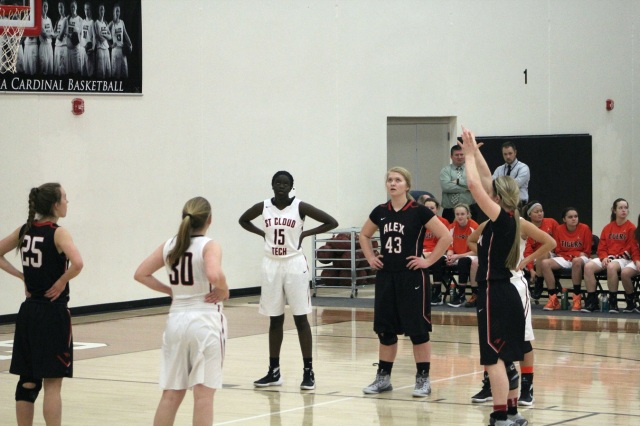 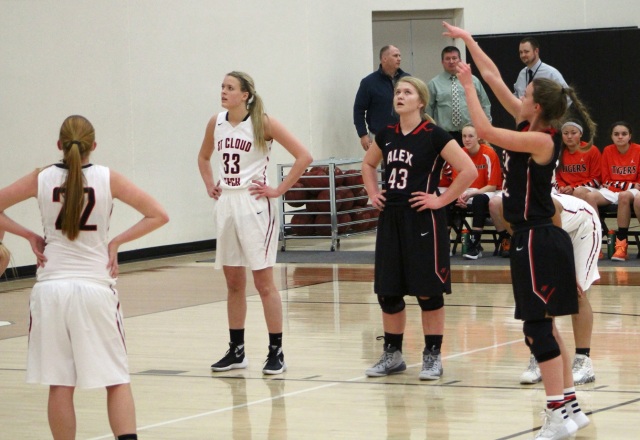 [As does Kelby Olson-Rodel (13).  Kelby and Kiyana Miller (21) kinda play the same roll for the girls’ team that Jake Drew and Robert Anderson do for the boys.] 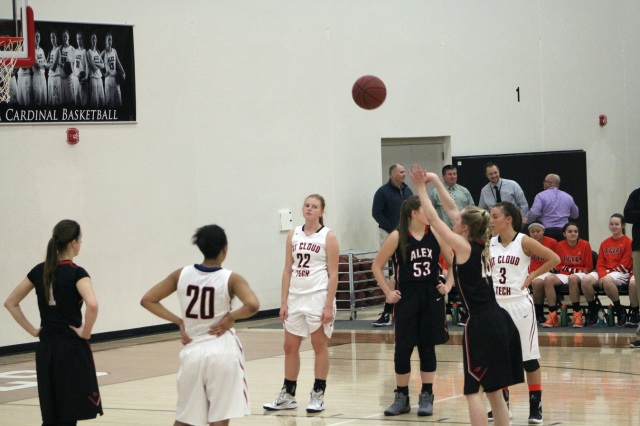 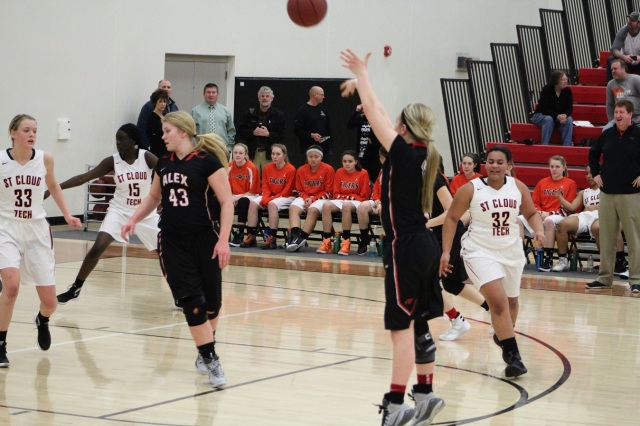 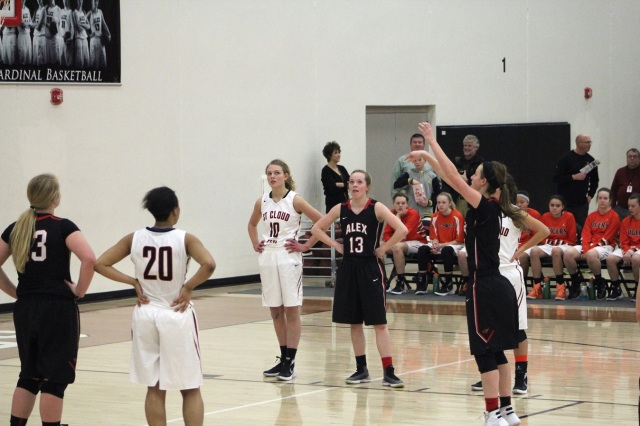 [Macy brings it up with Kelby.] 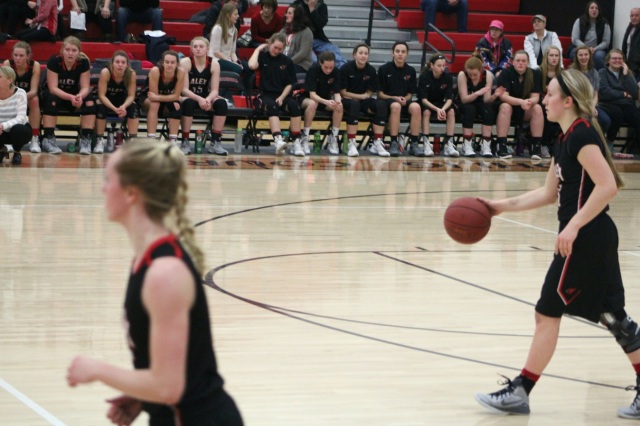 [Oh well, we can play this game without a ball.] 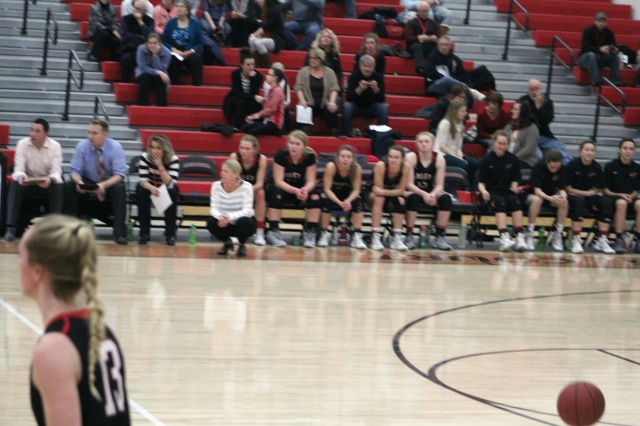 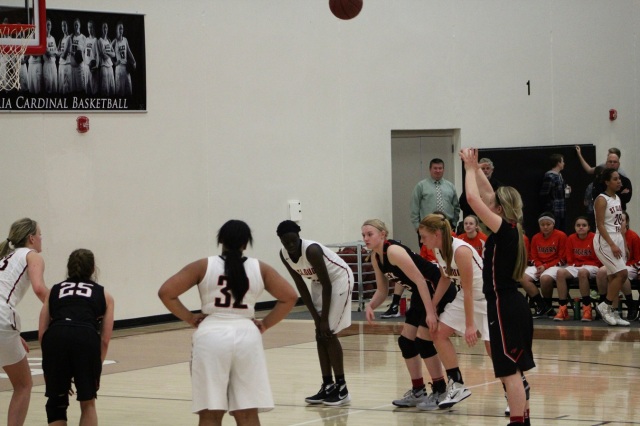 [Yup, that’s right.  We really weren’t clicking on offense – but nothing wrong with the D!]

[Kinda like this one.  Kendall and Macy have been paired at guard since their first pair of sneakers.]

[The trend line that’s helping is seeing such a Zig (here) and Kiyana looking for and taking that mid-range jumper.] 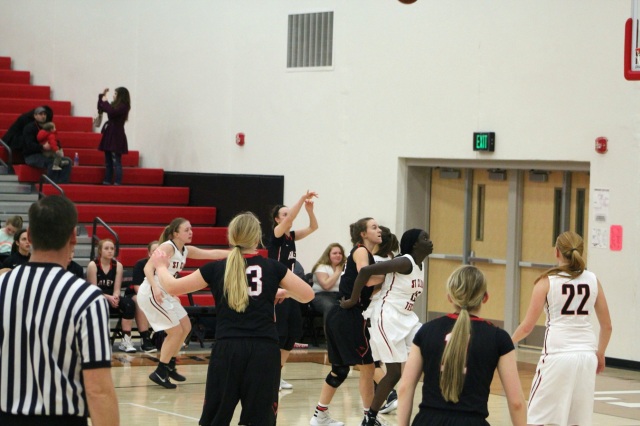 [Kendall roars into the face of the defense.] 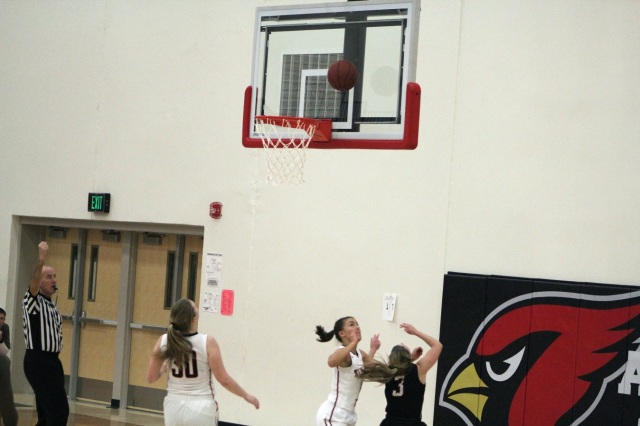 [Somebody tickles the twine.] 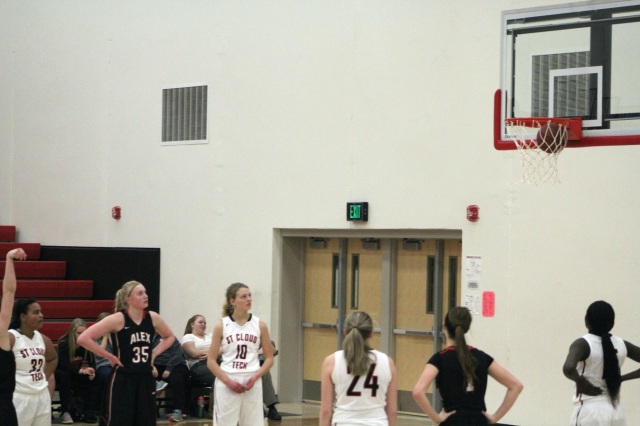 [The bench stands for unison clapping  as the game closes down.] 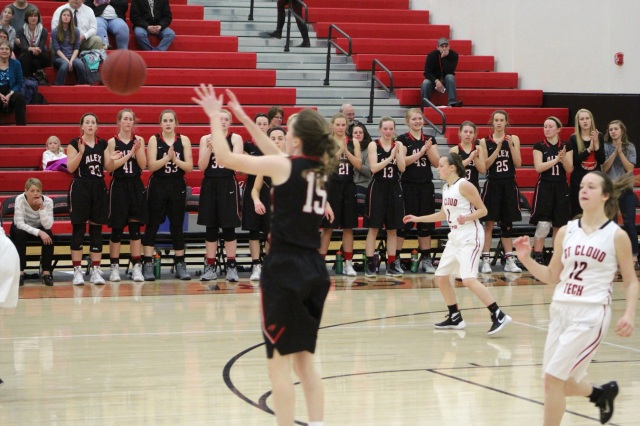 [Not an unexpected result.  With the win, the Cards cliched no worse than a tie for the conference championship.  We host Willmar Friday in the last regular season game – a win will clinch the outright championship.  The Cards are currently ranked 9th in class AAA.]

What is so fascinating about sitting around watching a bunch of pituitary cases stuff a ball through a hoop?  ~ Woody Allen

Up next:  Boys’ basketball sections