In our continuing efforts to educate and entertain, with various or no degrees of success, yesterday’s discoveries included Batman’s hometown, an escaped giraffe, the alternative name for “gym,” the place famed in a Creedence Clearwater Revival song, and our hometown for many years. We also found “Waldo,” but the Super sped by at such a high rate of speed I missed it.

The Super and I went for a 40-minute walk this morning (before hell arrives this afternoon) all for the sake of you lovers of fine art. In 2011, “The Walldogs” converged on historic downtown Plymouth, Wisconsin, and produced 25 murals, presented in chronological order. Is Alex Next? 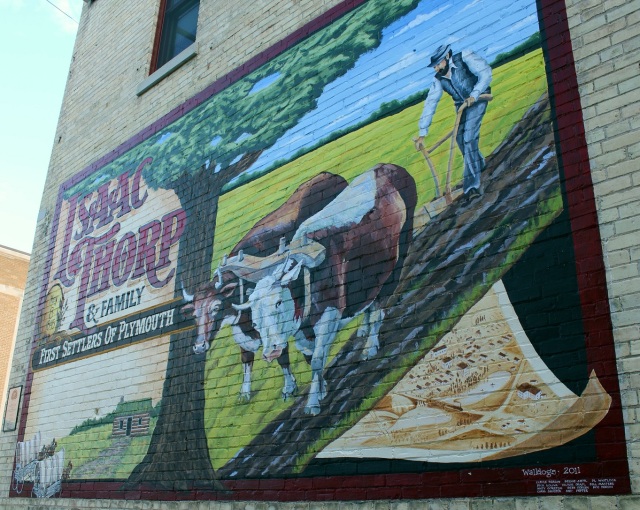 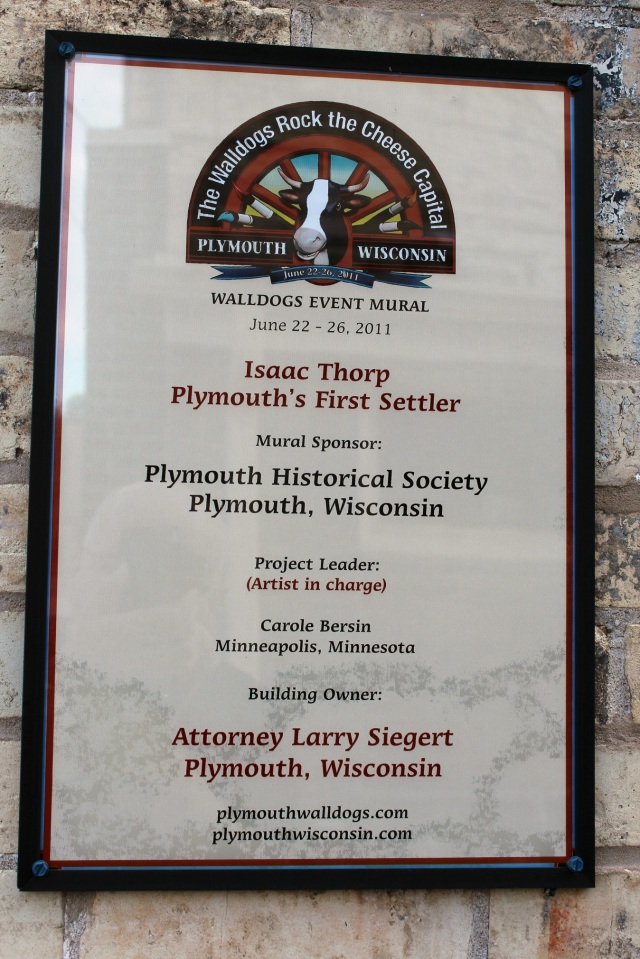 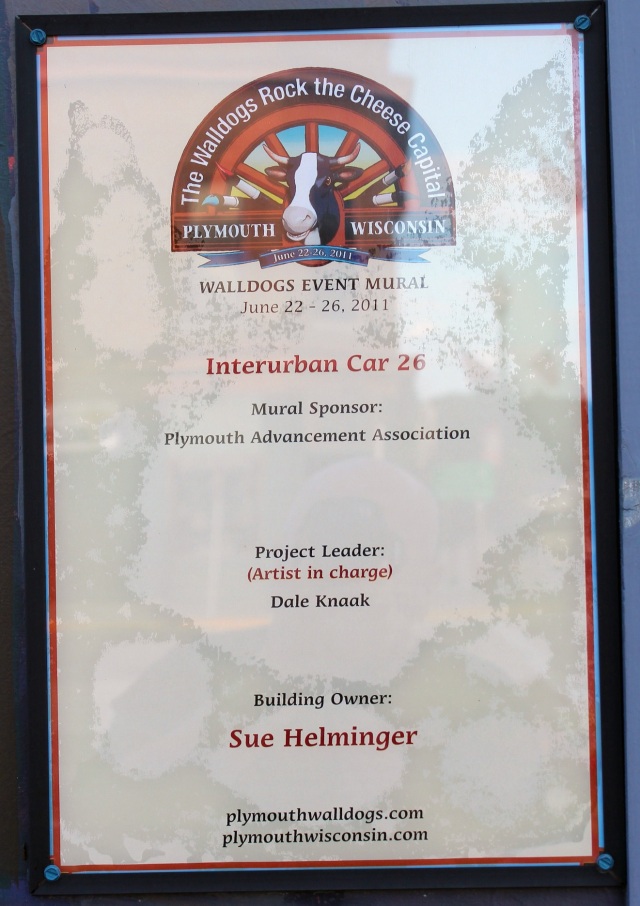 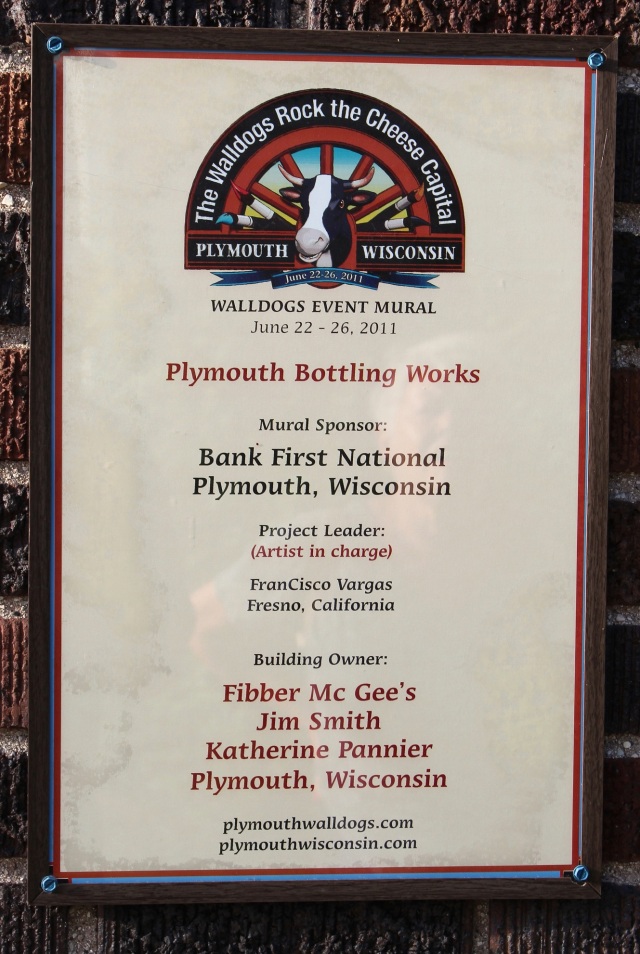 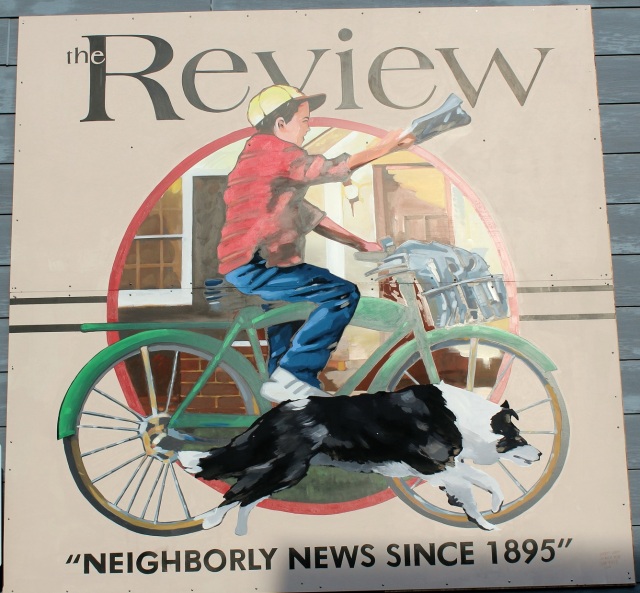 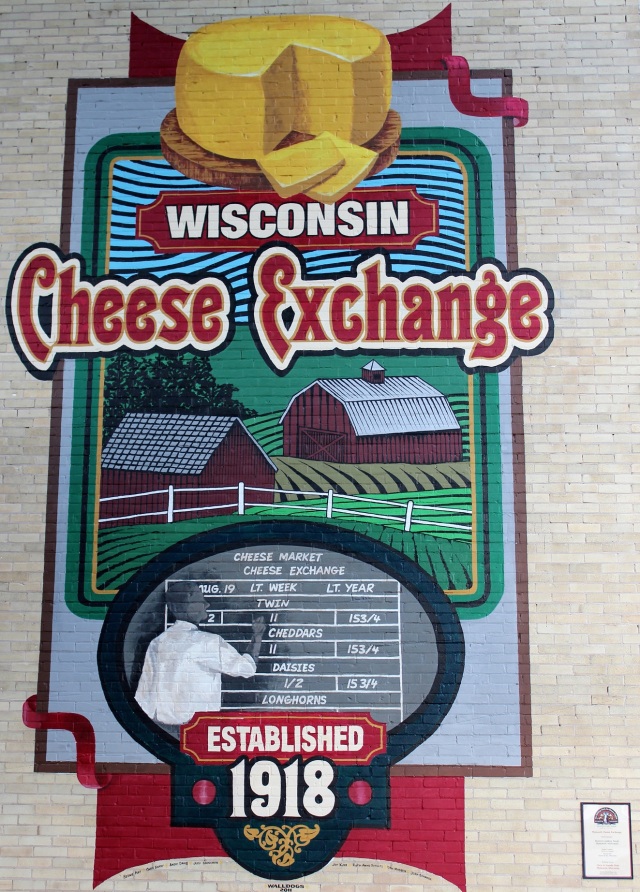 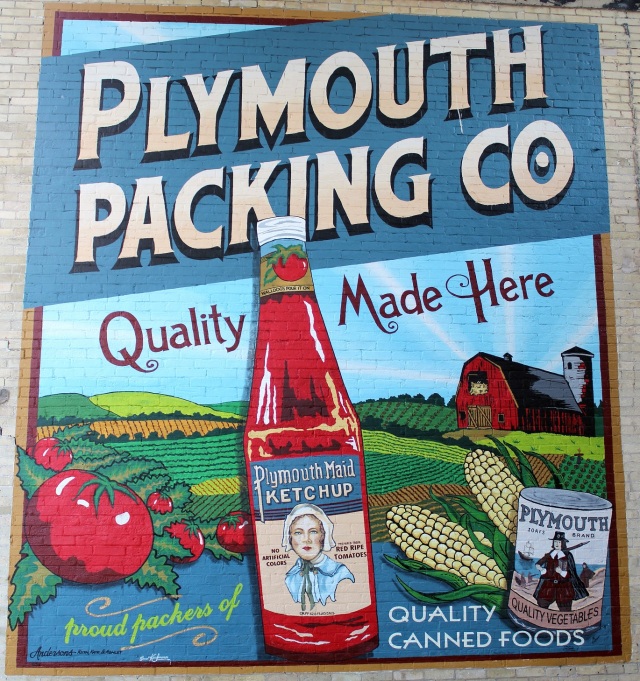 [And the following are other shots around Plymouth that morning . . . ]

[The Super heads for her car outside our lodging, depicted in the painting.]

[You just never know what you’ll find in a bookstore window.] 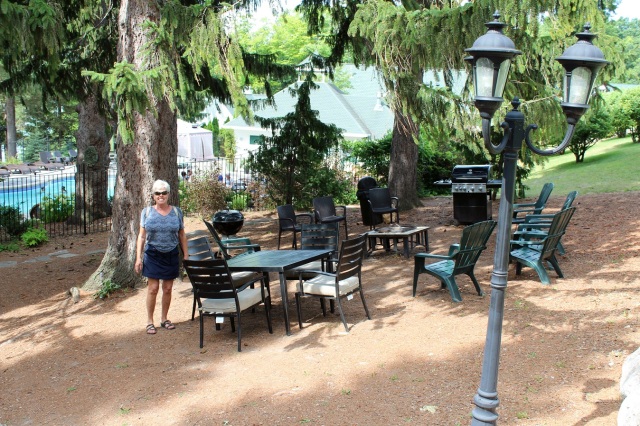 [Then it was on to Elkhart Lake, where our first stop was the Victorian Village.  We had a couple hours to kill before we could check in at camp, so we thought we’d just sit at the lake and people watch.  Rita, Beth, and Chris soon joined us, and we enjoyed . . . ]

[The camp must have remained solvent through our stay as we weren’t kicked out.  The following video shows how we are greeted every year.  A shout out to the camp counselors who do their best to keep we fogies entertained all week.]

When preparing to travel, lay out all your clothes and all your money. Then take half the clothes and twice the money.  ~  Susan Heller