Win, and Move On!

[The 2015 Section 6A girls hockey tournament began Tuesday night for our No. 1-seeded Cardinals.  We beat the No. 4 seed, Northern Lakes (Pequot Lakes, Crosby-Ironton, Aitkin, et al), and this Friday we’ll encounter Detroit Lakes in Fergus Falls for the section championship and a trip to state.] 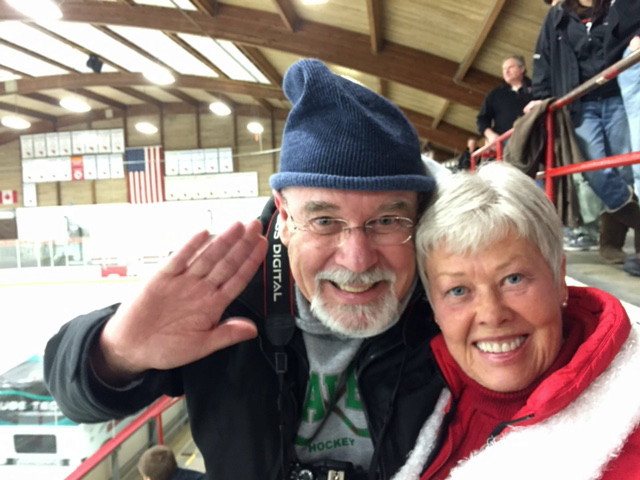 [An older guy in a funny hat attended with an obviously younger woman, as captured by “Scoop” Grundei.  The very next day they were sighted braving 54 mph gusts (the highest in the state) for the Wednesday senior matinee movie.  After a 3-week run of “Selma,” “The Imitation Game,” and “The Theory of Everything,” they decided to go really serious this time with . . . Paddington?]

Meet the first five minutes of the game: 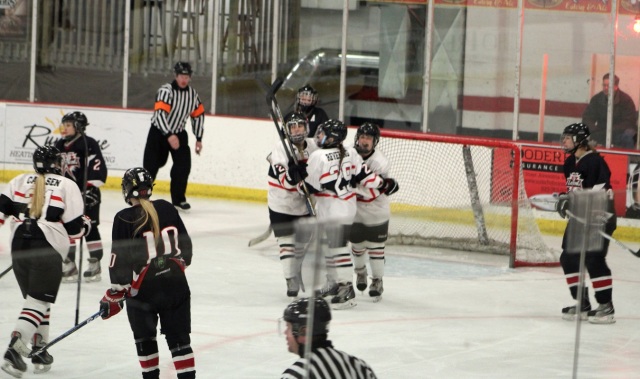 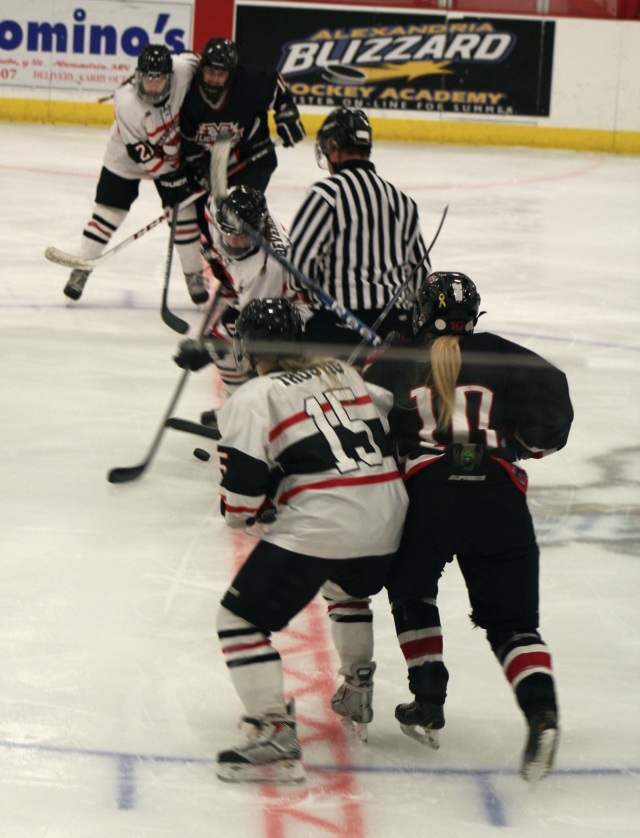 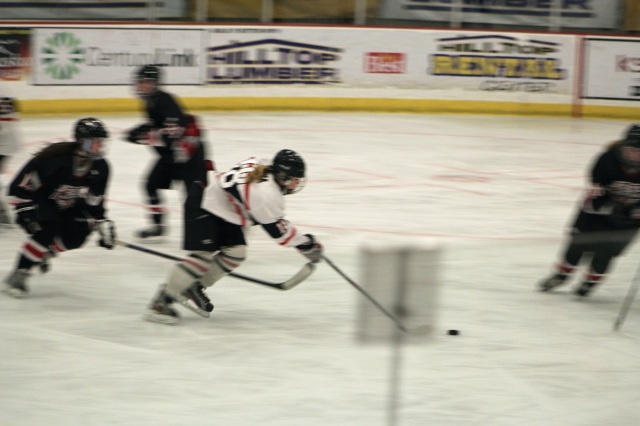 [Hanah Hansen (11) circles the net, trying hard to impress her great grandma, Pat Perkins, sitting just across the aisle from us.] 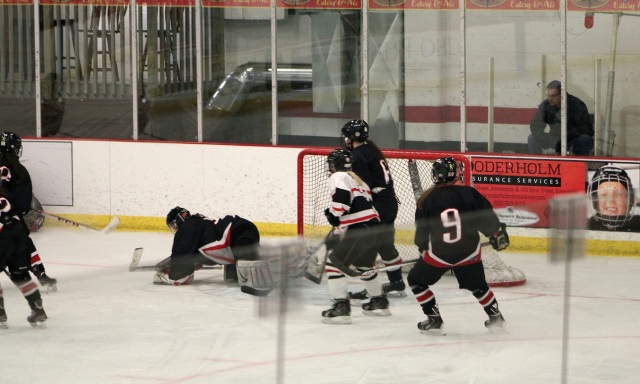 [Is that Kaila in front?]

[Then looking to feed the point.]

[Rev looking to mix it up.] 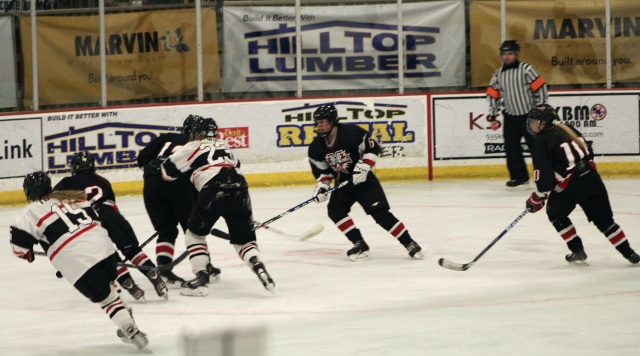 [Trosvig and Bartels on the attack.]

[Identification blocked by a “glass stabilizer.”]

[Ellingson with her mates, Trosvig and Bartels.]

[DeWanz had a couple good runs at it.]

[The Hansen, Wosepka, and Niska line taking a draw in the offensive zone.] 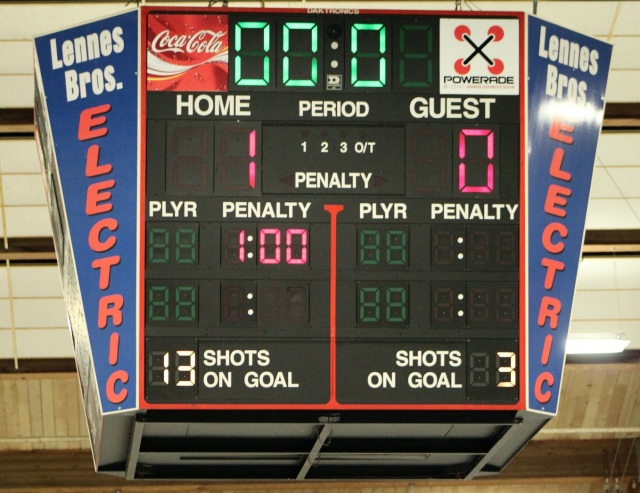 [The first period ends with good control – if not enough goals? – by the Cards, as expected.] 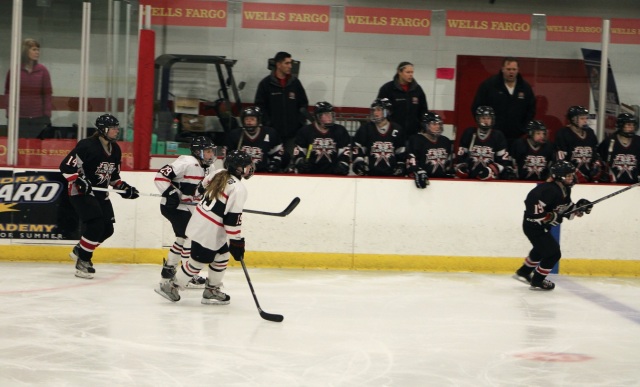 [The Cards continued to score three more goals in the period, at about 4-minute intervals . . .] 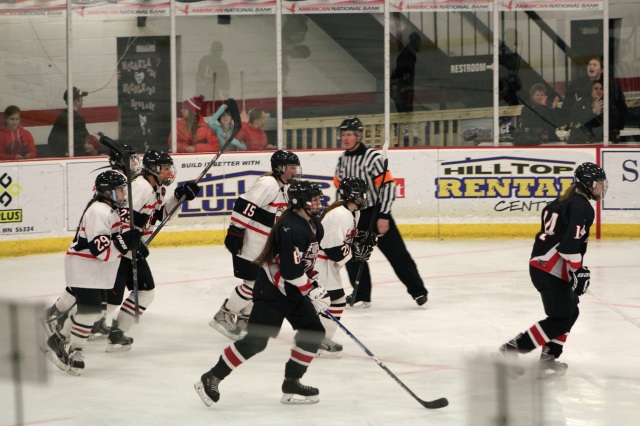 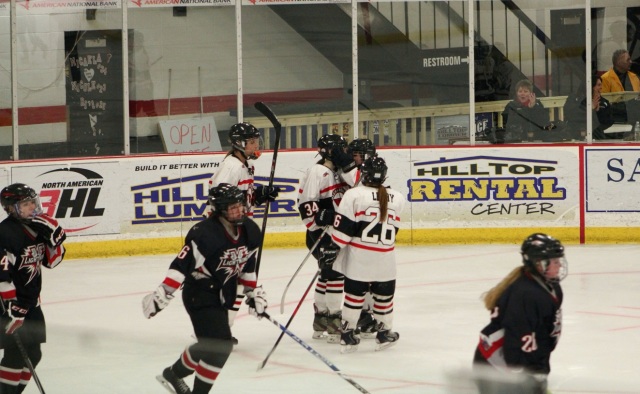 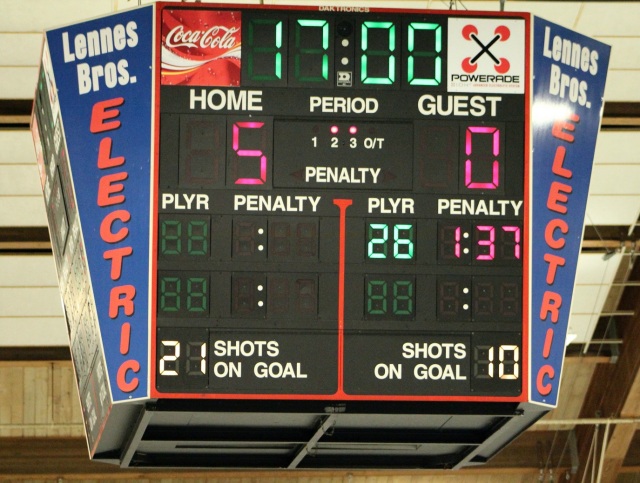 [A great lead going into the final period.  The team apparently thought so as well.  The Cards seemed indifferent in the 3rd period (hence, no photos) and the Lightning were able to score a couple of goals.  Coach Hovel also mentioned at the end of the game that the 3rd period “let down” was something her was going to have to address before the next game. We’re in a one-and-done situation now, so the team has to maintain a sense of urgency through the whole game.  We beat Detroit Lakes twice during the regular season – but both were close games and as they say, it’s hard to beat a team three times in one year!]

When grace combines with wrinkles, it is admirable. There is an indescribable light of dawn about intensely happy old age. The young man is handsome but the old, superb.  ~  Victor Hugo