[OK, what’s up with that (I hear you say)?  Well, with a little slight of hand – some legerdemain, so to speak (though at no time did my fingers leave my hand) – I give you the JV score first.  Nice game by JVers – and they have a pretty darn good record, though I don’t remember what it is.  But from the subject line, you know the “guests” are the Willmar Cardinals, a make-up game on Martin Luther King, Jr.’s holiday.] 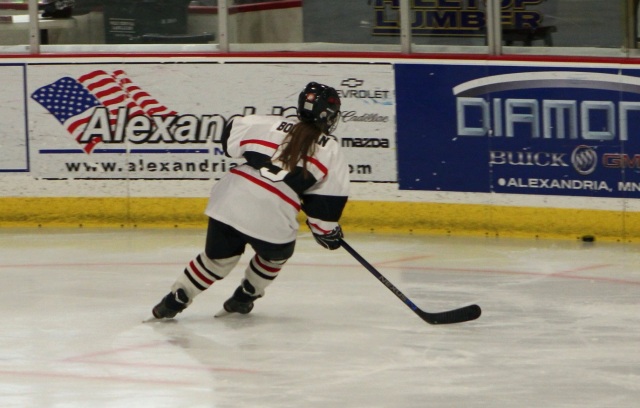 [And a close-up view for far flung relatives.]

[Still got Jade, a legacy (sister(s) played before her).]

[Sarah Finley (1), sophomore goalie.  You can tell she’s the goalie by all the extra equipment she wears and the fact that she’s stationed in the goal.  Hard to get anything by you guys.  Oh, she’s also a legacy.] 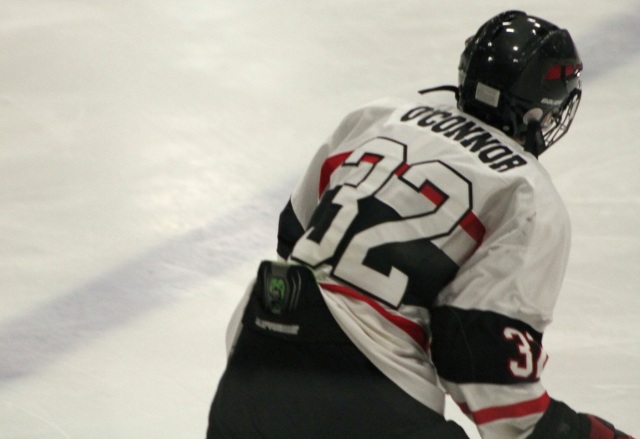 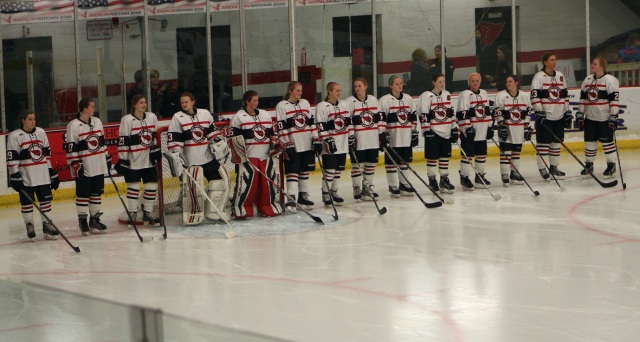 [On to the varsity game, if they’re not in the top photo, they’re in the bottom one.  But I’m not going to look for them.]

[Going into the game, the CARDINALS and the Cardinals were tied for 3rd place in the conference, though I seem to recall we beat them at their place.  We’ve kinda gone back to the start-of-the-year line arrangements.  The long-time defense pair of Lauren Niska (21), junior, and McKenzie Revering (29), sophomore, are back on the front line again.  Little Rev on the opening face-off here with Kristin Trosvig (15), freshman forward.  Hard to believe this is the first home game since December 9?]

[Early on, Alexis Heckert (20), 8th-grade forward, scored her first ever varsity goal (from Mari Wosepka (18), junior forward, and singer of the game’s National Anthem).  The puck was promptly delivered to the bench by a teammate.] 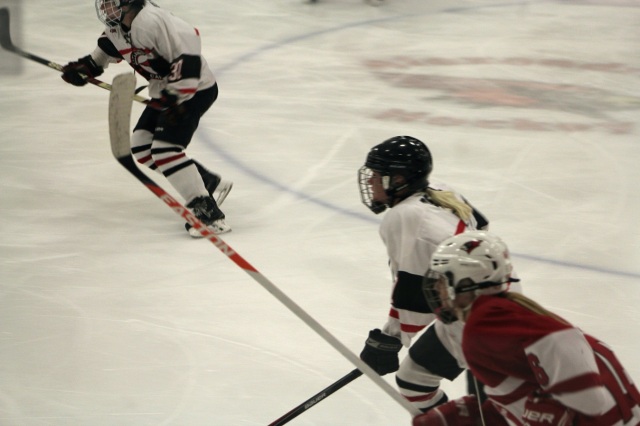 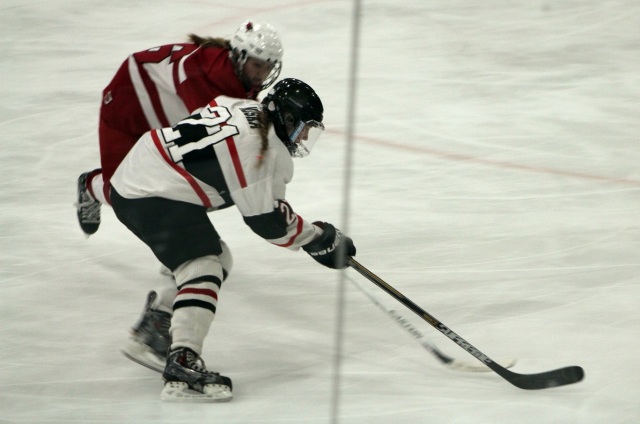 [Lauren into the zone.  Our Cards, as a team, buzzed early and often.]

[Lauren, Kristin, and Nicole Bartels (23), senior defense, in on goal.] 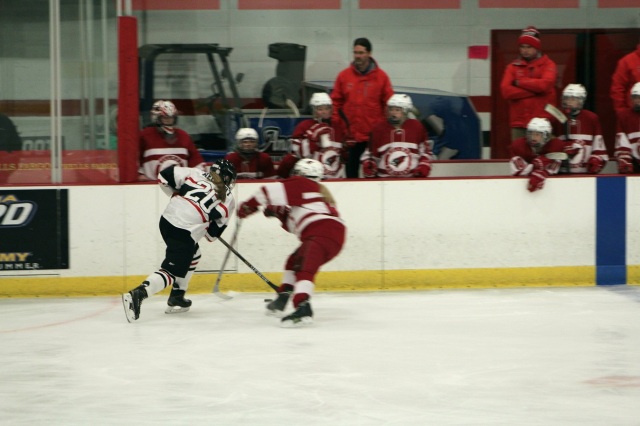 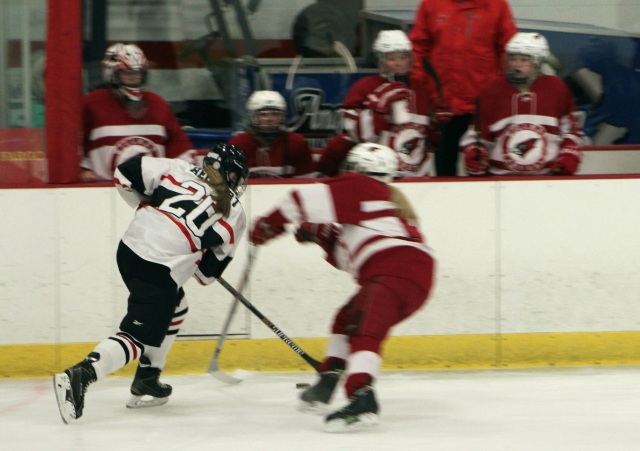 [Alexis is fired up after her goal.]

[Lest you couldn’t see the previous picture that clearly.] 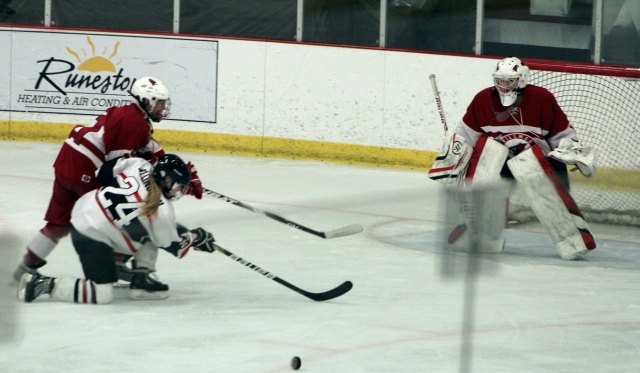 [And we have a face-off between a Cardinal and a . . . disappearing CARDINAL.]

[With Karina Carlsen (31), junior defense (yes, she was playing forward for a while), on the blue line, as McKenna screams, “I have an open net in front of me!”] 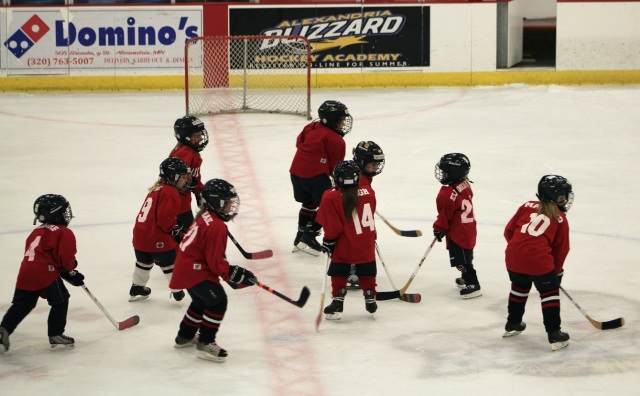 [We led 1 – 0 after one, then the “real” game began.  The CARDINALS for the 2025 season and beyond took the ice.  The coaching staff was delighted to see the upcoming talent. Hope I’m around to see them too!  😉  ]

[Here we come again in the 2nd period.] 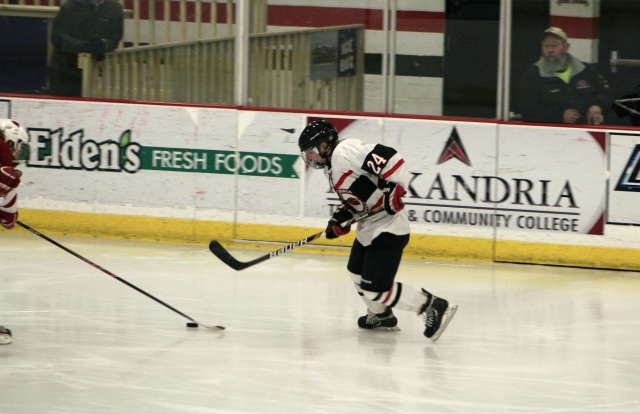 [McKenna . . . for her grandpa, who is not a snowbird.  I should point out there was an Ellingson, also No. 24, in the future CARDINALS game . . . and darned if I didn’t think to get a picture of them skating off the ice together.  Some kind of reporter . . .]

[I’m guessing that’s Little Rev swooping in on her backhand . . .]

[And crashing the net.]

[And we’re celebrating a goal . . . by Alexis!!!  Her first two goals ever come back-to-back, this on a power play with an assist to Allison O’Kane (36), freshman defense.  Not knowing who got the goal, I got McKenna and Nicole heading for the bench fist bumps?]    ] 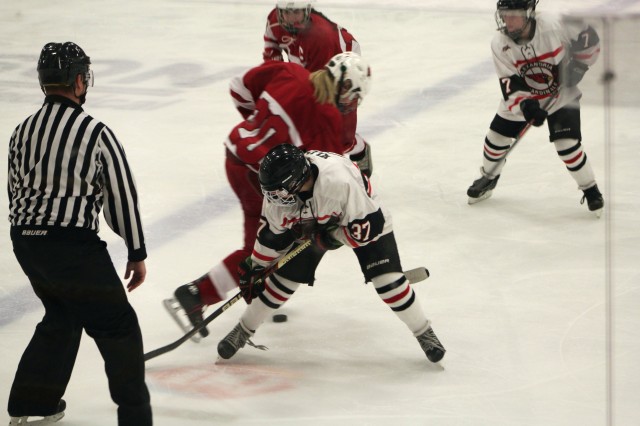 [Sam and Kaila Dewanz (7), senior forward, trying to get in the offensive zone.]

[Whooaaaa, and another goal!  Hanah Hansen (11), junior forward, from Nicole, less than a minute after the Cardinals scored.  Our CARDINALS now lead 3 – 1.]

[Sam chases a loose puck.  That’s not meant to be derogatory about the puck’s morals.] 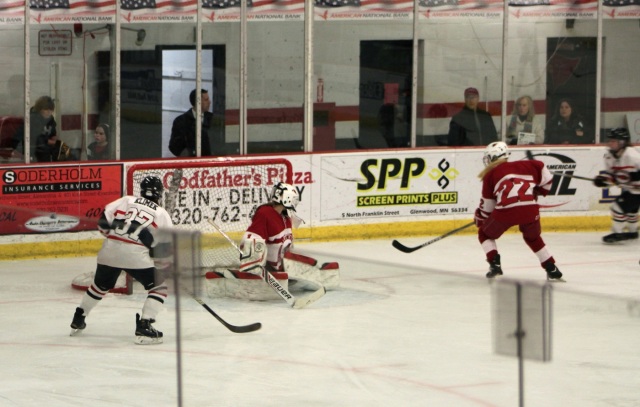 [Shortly into the 3rd period . . . GOOOOOAAAALLLL, by Lauren on a nifty backhand (from Nicole), deflating any comeback hopes the Cardinals may have had.]

[She had several good scoring chances again, but . . .]

[And Kristin scored on a power play, from Lauren and Hanah.] 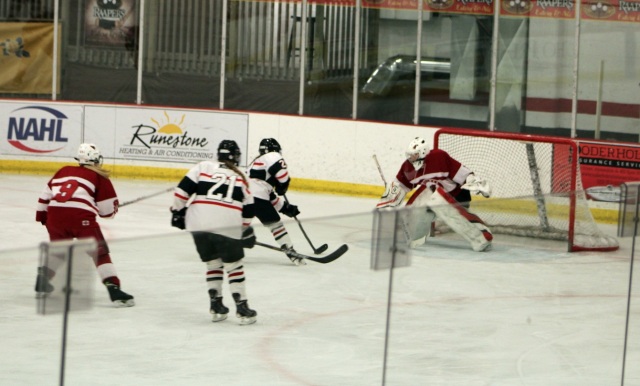 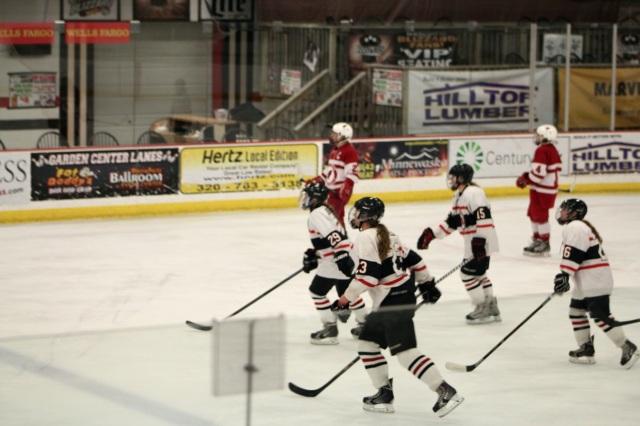 [And scores!!!  An unassisted goal to end the evening’s scoring parade.]

[The CARDINALS biggest goal output of the season – good to see.  The shots on goal are a deceiving stat in this instance – our CARDINALS had many more ‘shots’ and controlled play throughout.  And Bailey Serum (35), senior goalie, was a rock in the net all night.]

p.s.  Did I mention puddles?  It’s late January, we have no snow, and the parking lot at the hockey arena has . . . puddles!  Puddles and mud!  Some kinda weird winter.

No one knows what’s next, but everybody does it.  ~  George Carlin

Up next:  It’s hockey all week, folks.