[Yup, pretty dominant performance as the Cards have moved up to No. 5 in the state rankings.]

A pre-game tribute to Dave Harris for his 48 years of announcing Cardinal sports on KXRA:

Since the video setting was all warmed up, how about the first 5 minutes of the game:

[The contortions one has to go through to stay on side . . .]

[It’s Nate Folsom (5), junior defense, who I learned is known as “Nino Niederreiter” (of the Minnesota Wild) for reasons unknown.]

[Alec Wospeka (8) in on goal – you’ll notice in the opening video he had a couple of good scoring chances early.]

[Mr. Wosepka skating toward the bench with energy.  And why not, he’d just scored a short-handed goal at about the 8 minute mark.  🙂   ] 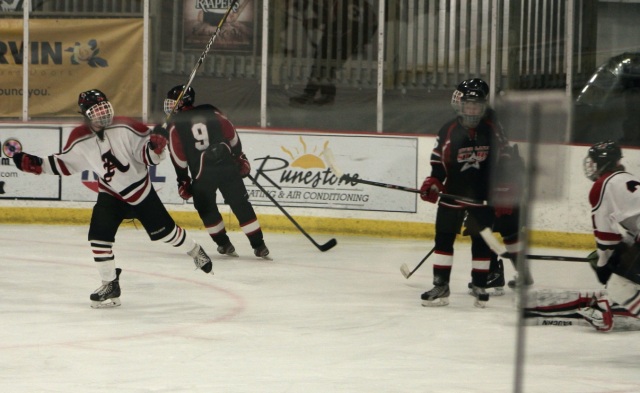 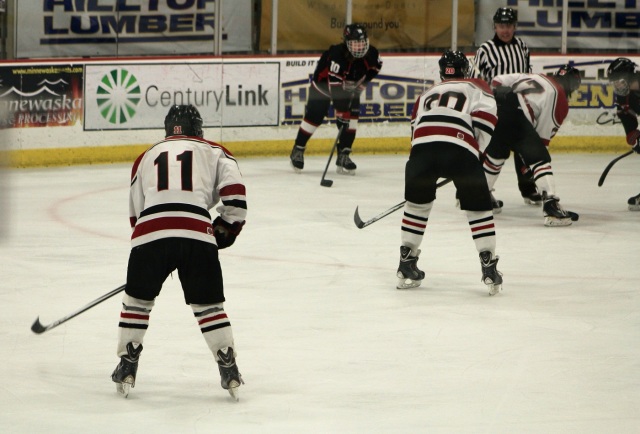 [Zach takes the face-off with Chris back on defense.  Ryan Marciniak (20), senior forward, is one of our injured players who has missed a few games – he made a few cameos in this game.]

[Ryan, no doubt happy to be able to stretch his legs on the ice again.] 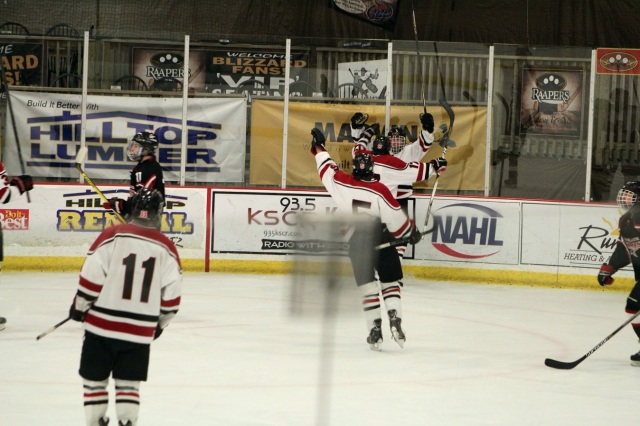 [GOOOAAAAALLLL, the 3rd of the 1st period!  By Micah Christenson (39), listed as sophomore defense but playing forward in this game (because of the injured forwards?), who I thought looked terrific throughout.  Found out he’s like most of the guys – also excels in football and baseball.] 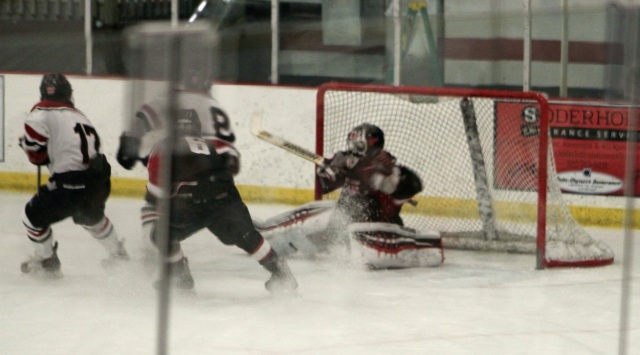 [To add insult to injury, the periods ends with the Stars goalie overcome by a cloud of ice chips.] 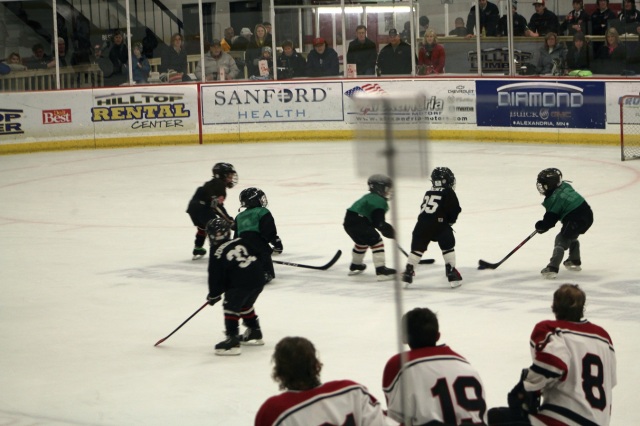 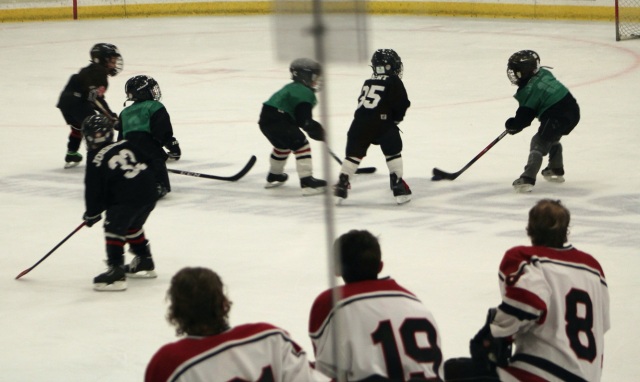 [Between periods the real hockey began.  The varsity stayed on the ice to provide sideline barriers so the Cardinals-of-the-future could show off their wares.  🙂   ]

[Parker starts one on goal.]

[There’s a scrum in front with Alec and Jack Steffl (2), junior forward.] 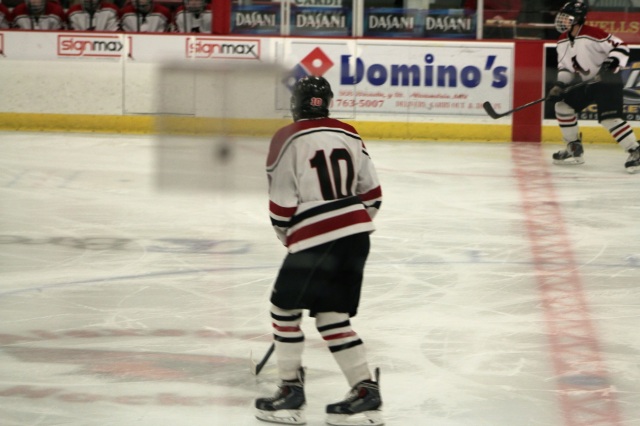 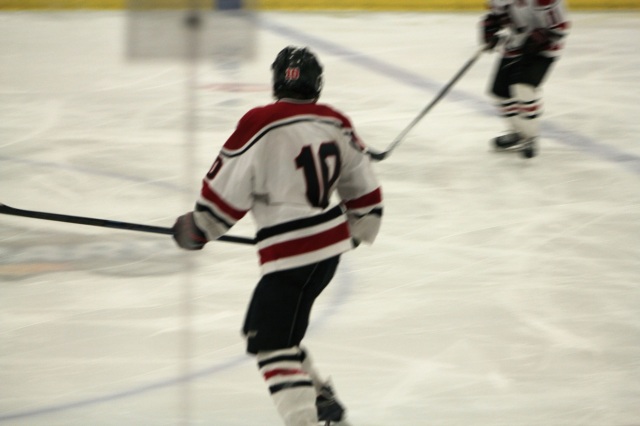 [And a couple frames of Chase Nielson (10), senior defense, who also appeared to be playing mostly forward (hint: see last goal of the game).]

[Giving it the ole high school try . . . how many hockey players can you fit in a hockey goal?]

[I’ve been told that if you want to stand on your left skate with your right skate back and in the air, your hockey stick should be parallel to the ice surface and facing southeast.]

[I believe Micah received a 9.1 score from all five judges for this well-executed full swan dive across the goal crease.  Not a bad picture if I do say so myself.] 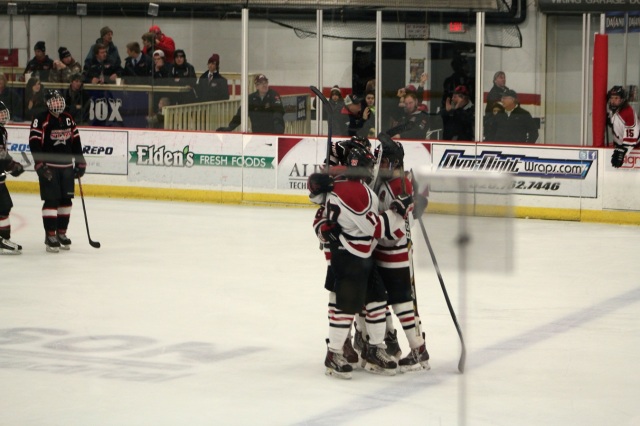 [He circled around and got his 2nd goal of the game.]

[Parker performing one of the mandatory requirements, according to the judges, a full about-face within the confines of the neutral zone.] 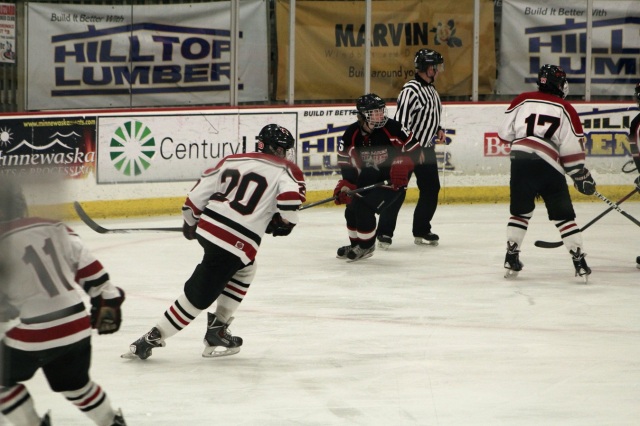 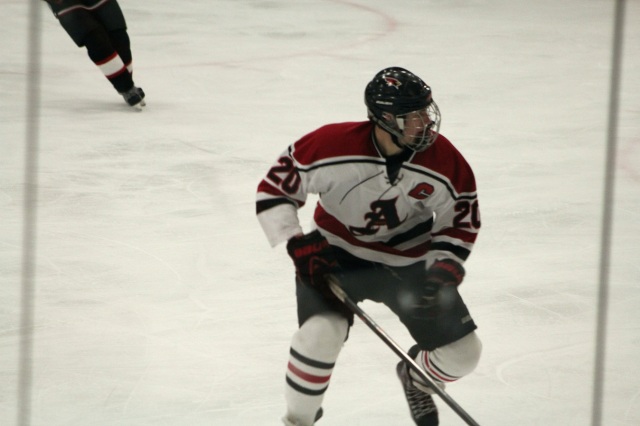 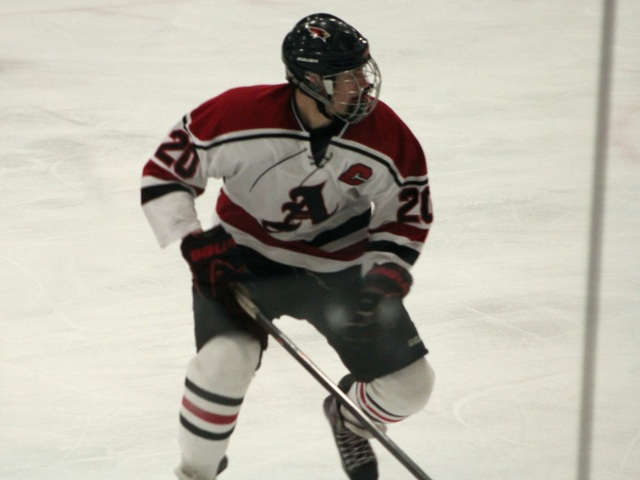 [Ryan comes out again in the 3rd for a little skate around.]

[Alec goes low to chase the puck behind the net.] 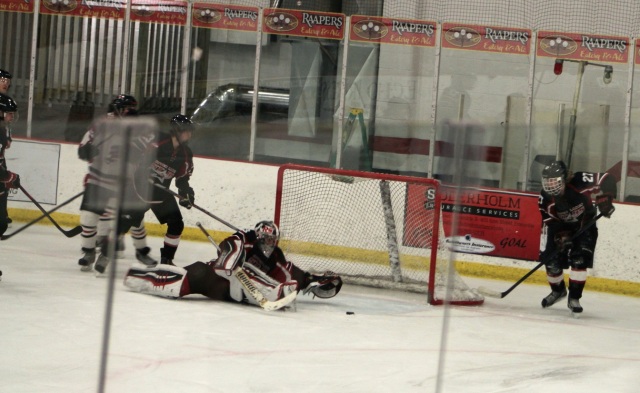 [And the puck made one more entrance into the net, this time off of Chase’s stick, for our 5th an final goal.  All-in-all, I thought we looked pretty sharp the whole game.]

Up next:  It’s hockey week in Alexandria