The First Softball Game (That Wasn’t) 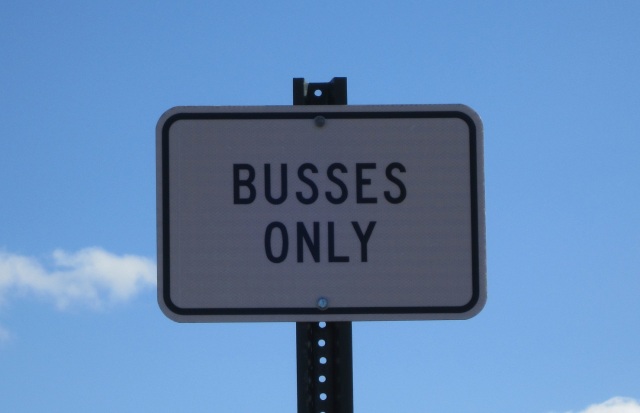 What happens when you don’t read the program ahead of time?  Today was supposed to be the first softball game of the year v. Sauk Rapids-Rice.  Nice day, sunny, a tad chilly with a north wind.  But when I arrived at the field at the appointed time, no sign of a game?  Hmmm?  It was then that I noticed the above sign for the first time and I thought . . . they have a ‘kissing’ lot at the elementary school?  (Well, obviously others must have noticed in the now several years the school has been open, so I wondered if I was missing something.  I checked the dictionary when I got home to discover that ‘busses’ is an allowable plural along with what I thought was the solo version, ‘buses’?)  BTW, I checked the Cardinal Connection when I got home to discover the game had been postponed – I thought I had no reason to check because the weather was fine?

[Then I thought, well maybe they’ve moved the games to the new high school now?  Nope, but as long as I was there, I hadn’t included a construction update in the blog for a while.  So, this is the state of the new school, as of April 8, 2014, scheduled to open next fall.  This is the first time I’d entered the property from the south side road.]

[Looking through the football “stadium” to the school.] 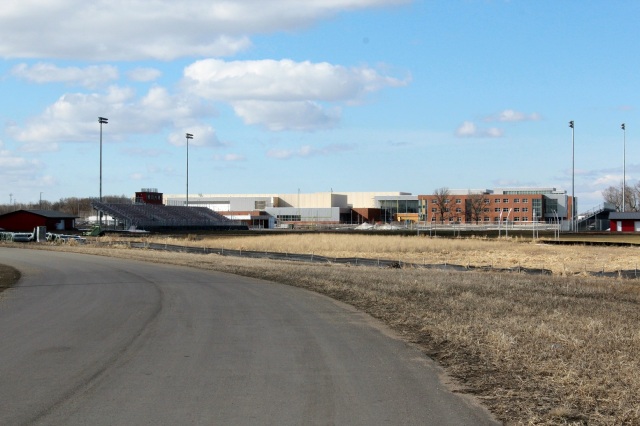 [Looking east toward Grand Arbor, the building in the left.  Everything else in the complex – various forms of housing – has been built in the last year.] 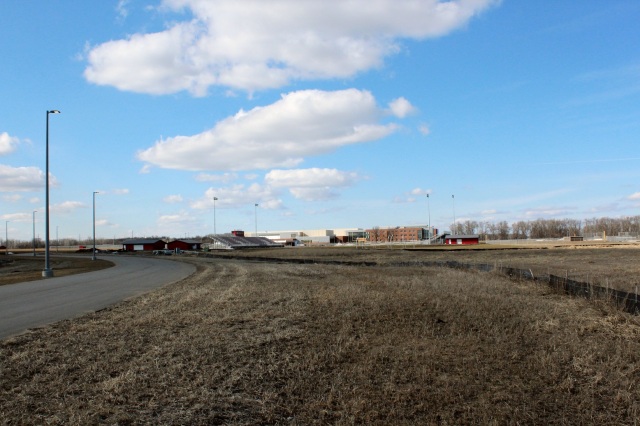 [Puts places like the Big House to shame.  Artificial turf, too.  Those are the visitors stands – so they have to look into the setting sun.  😉  ] 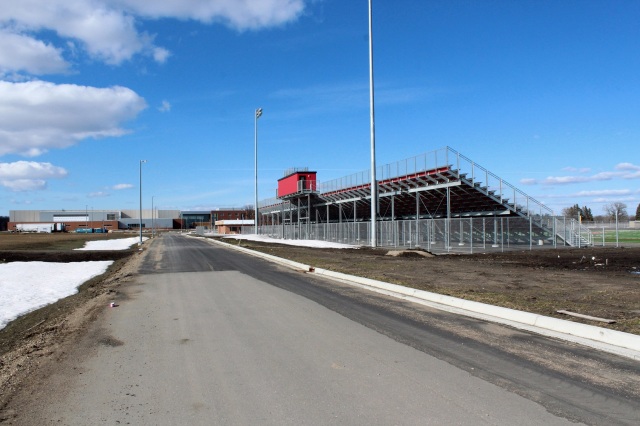 [Home stands side with the press box.] 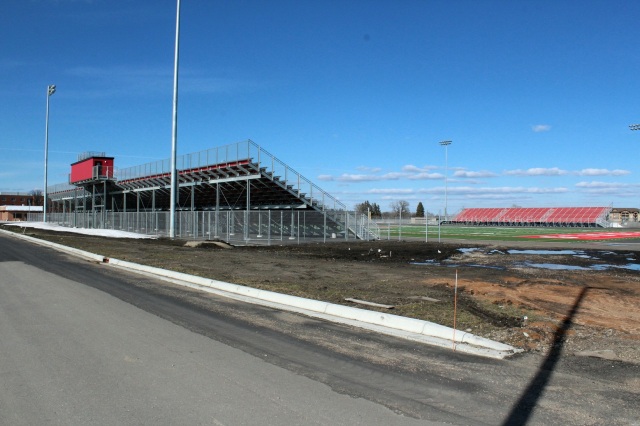 [The school from the football field.]

[The football field from the school (north) side.]

[The Little Field on the Prairie] 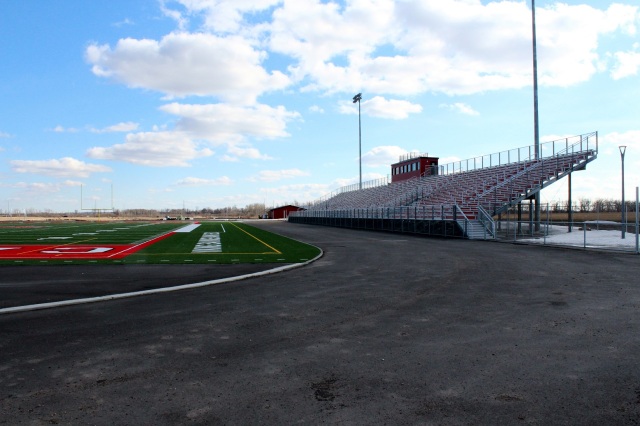 [The ticket office/concession stand.  I understand they’ll feature foie gras on a stick.]

[Tennis courts and ball field behind (west side) the school.]