How to Survive a Blizzard 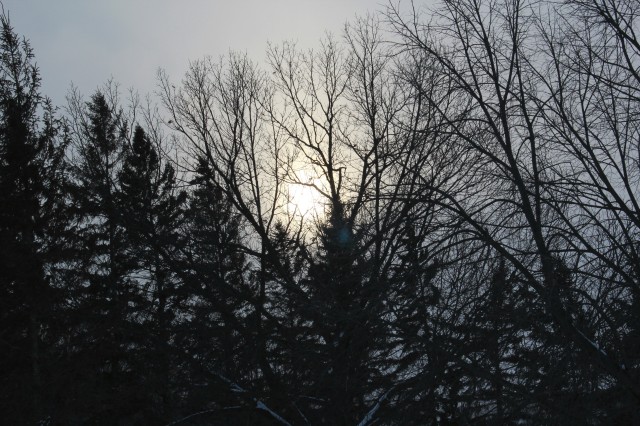 [The blizzard sun, late this afternoon.]

Two things are necessary: provisions and reading material.   Well, we’ve obviously had a lot of practice this year.  Today is Sunday, a blizzard was predicted, it arrived beginning last night as we ventured home after the girls’ basketball game (to be posted).  As I write this, Interstate 94 between Alex and Moorhead is closed.  That’s always a given with these things as the prairie winds turn the roadways into whiteouts of blowing snow.  The AAAA theatre’s matinee performance of “Alice in Wonderland” was postponed.  This morning, our neighbor Arnie came over with his Bobcat and cleaned out our driveway, mostly from the drifting.  This afternoon we heard that our friends from Fort Wayne, who kind of last second (after much prodding from us) decided to go visit Rita in her San Diego rental, were delayed leaving Fort Wayne because of  the weather and missed their connection in Detroit.  As of this hour, we not sure when they expect to get to San Diego?  [Editor’s note:  This week’s columnist photo is courtesy of brother Cam.  It’s the Obert family at Christmas in 1978, and I appear to be having issues with my nasal passages.]

Regarding reading material, we had the good fortune to have a doubleheader on Friday. Two of our favorite writers were in town, returning to the place where they once each lived.  On Friday, Jess Lourey was at Cherry Street Books debuting the most recent of her murder-by-month mysteries, January Thaw:

We always enjoy our visits with Jess and look forward to delving into the latest adventures of Mira and Mrs. Berns!  🙂

Then we thought we were meeting Jo Colvin, past reporter for the Echo Press, at SAWA that evening.  She wasn’t there?  The supervisor posted a “Jo, where R U?” on  Facebook, but we thought maybe she didn’t come up from The Cities because of the weather.  Then about 9:00 she came in with daughter Brianna and friends saying she was going to meet us Saturday night (I had the wrong day, of course).  But it worked out.  Jo had been at Bella’s celebrating Brianna’s birthday with her friends, saw our post, and walked around the corner.  And because of the weather, she was going back to The Cities on Saturday: 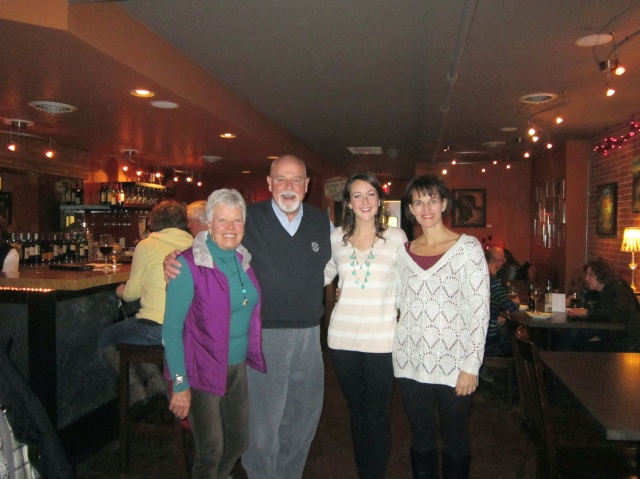 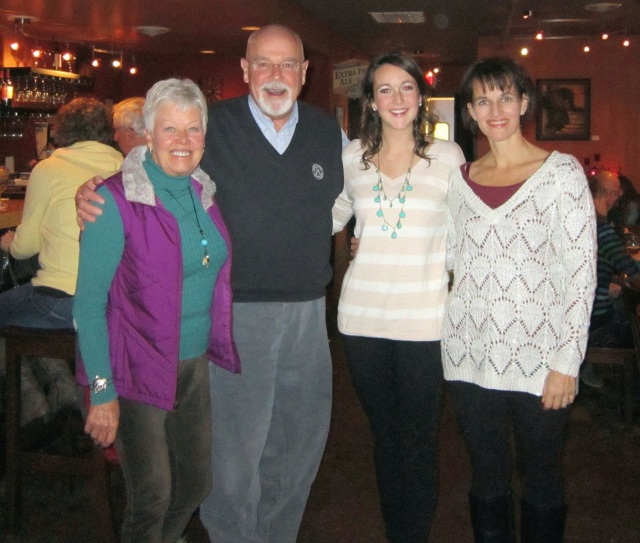 We were reminded about getting provisions on Saturday morning by a couple obviously doing the same from our lakeside cottonwood tree:

Then today we basically decided we weren’t going anywhere.  I ventured out in mid-morning to get the newspaper and plot a trail course for Monday morning.  Dangerous wind chills are forecast for tomorrow but our trash company says they’re like the Postal Service – they never miss a regular collection day.  So, in the morning, in the dark, I’ll have to schlepp the garbage can and the over-sized recycling can through the snowdrifts out to the end of the driveway.  I suspect most places will be closed tomorrow.  Here’s the gathered reading material obtained over the holidays: 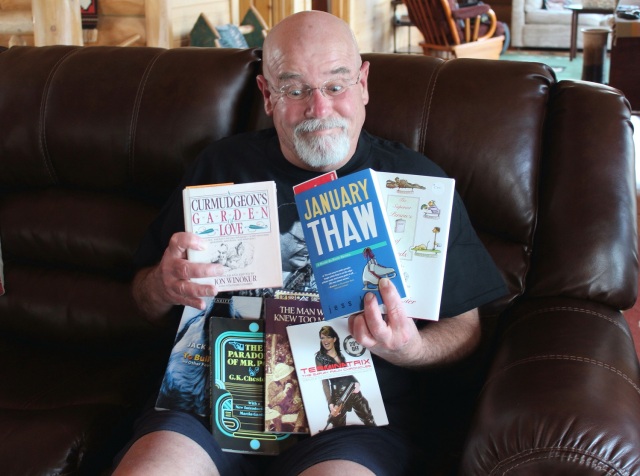 But before I could begin, there was this Ole Slushball weather report:

Now back to the reading material: 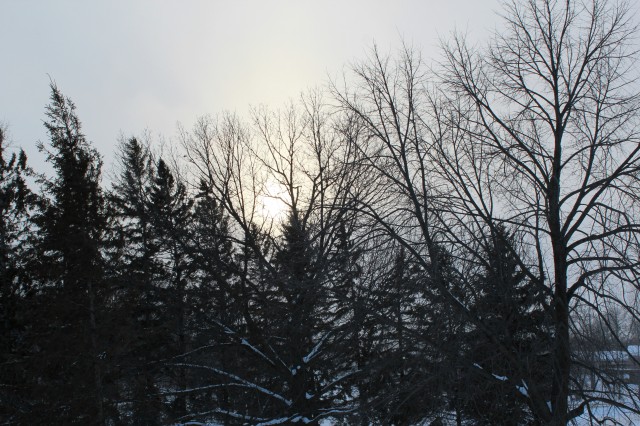 A final good-bye to the blizzard of Sunday, January 26.

Curmudgeon quote of the day:  A bachelor never quite gets over the idea that he is a thing of beauty and a boy forever.  ~  Helen Rowland  [Editor’s note:  Works for me.]