[The holiday weeklong extravaganza that is the celebration of Vacationland USA’s Awake the Lakes and Memorial Day.  Last (Thursday) night, ’57 Chevy kicked off the Red Willow Arts Coalition’s (RWAC) summer of music on the courthouse lawn.  It was a beautiful evening, if unseasonably cool.]

But first . . . the high school choir held their Spring Concert on Wednesday, and Steve Dietz led the several choirs through their paces to the delight of the attendees.  The “Rock,” who generally refuses further identification, approved the presentation of the three following videos he took at the event.  His and Pris’s granddaughter, Eika, is in pink, 2nd row, 3rd from the right:

And, just for fun, we’ll throw in Queen’s version of “Somebody to Love”:

And for even more fun, here’s Harry Belafonte’s “Sylvie.”  If anyone at the concert videoed the girls’ choir performing this song, I’d be delighted to post it in the blog:

[Meanwhile, back at the courthouse, the supervisor makes her entrance.]

[And here they are, courtesy of Kevin Klimek.]

[Alexandrians just happy to be sitting in the sun again.] 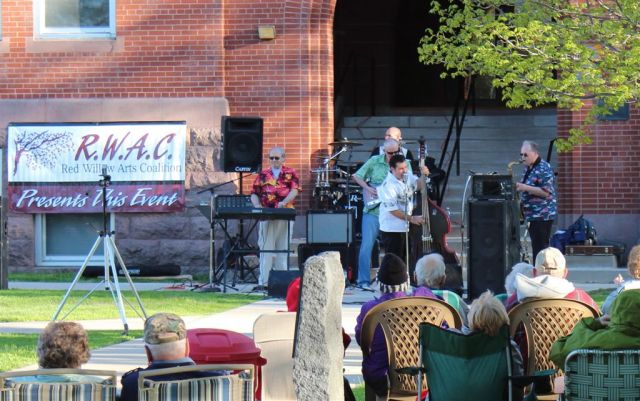 [Lawn chairs still restless from a long winter in the garage . . .] 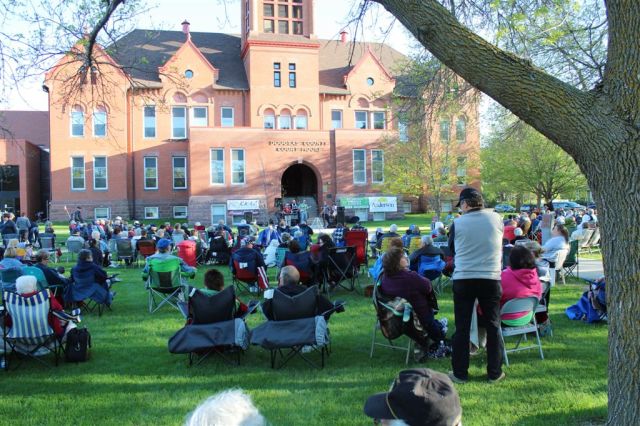 [As an avocationally professional photographer, I move to change my angle of attack.] 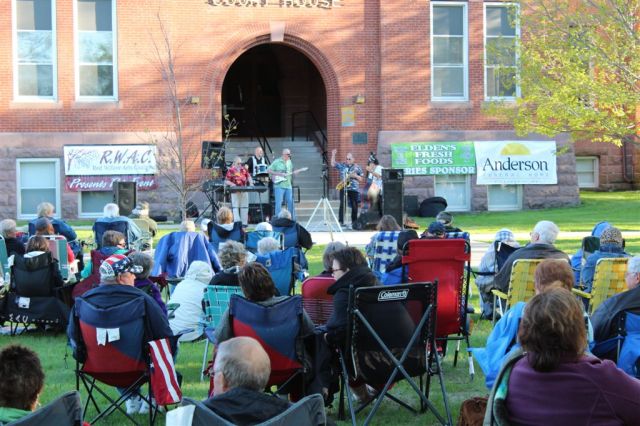 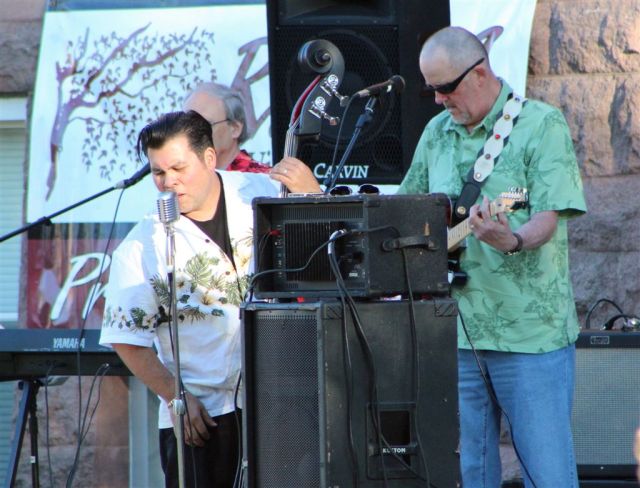 [Up close and personal with Louie and Kevin.] 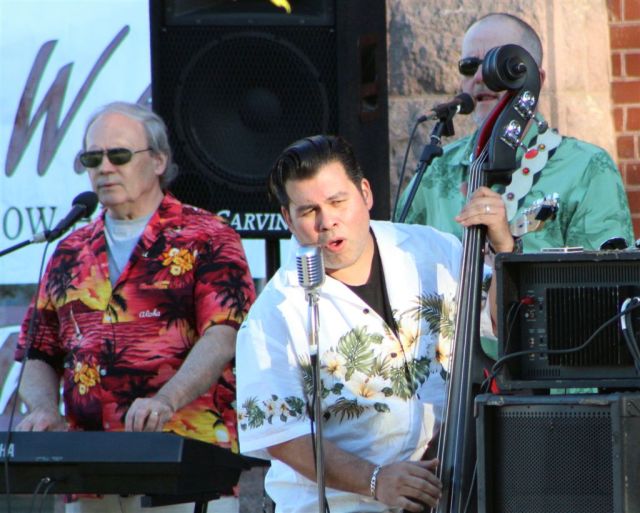 [Kevin, Louie, Paul and Chuck – weren’t they the original Beatles?] 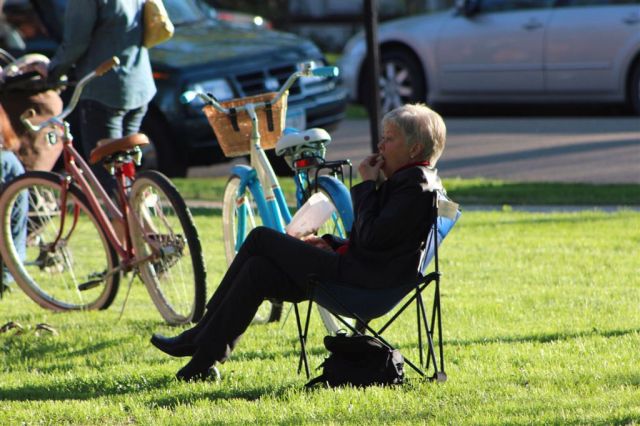 [The supervisor pronounced the popcorn good.]

[Every town has a statue on the courthouse lawn . . . and then they get stolen in a Jess Lourey novel.]

[This is when Jim got “called” out of the audience to play Louie’s bass.] 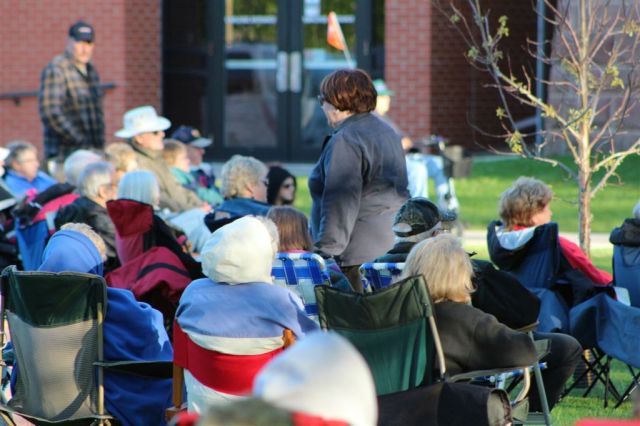 [And then since it was Thursday night, it was also date night.]

[So, it was then off to SAWA for The Salty Dogs.]

[Bruce Hecksel of Patchouli now has some of his art displayed here.] 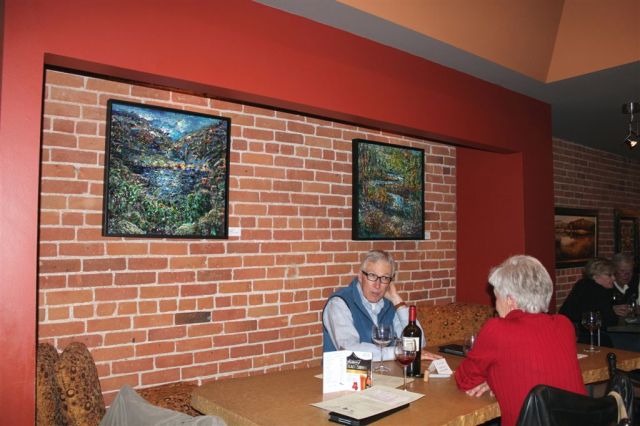 [A couple patrons provide perspective for the art.] 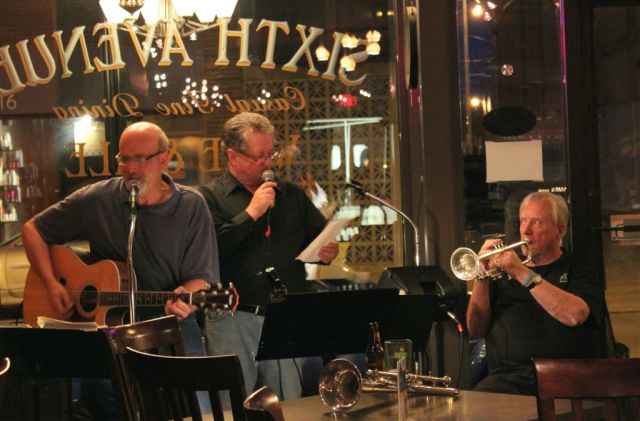 “If I Had a Million Dollars”:  http://www.youtube.com/watch?v=vdRYJ0owMBs 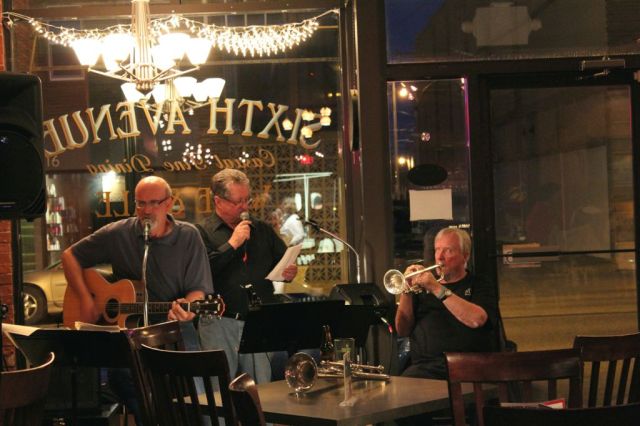 [And thank you, boys!  And a Happy Anniversary to Tom and Jeanne!  🙂 ] 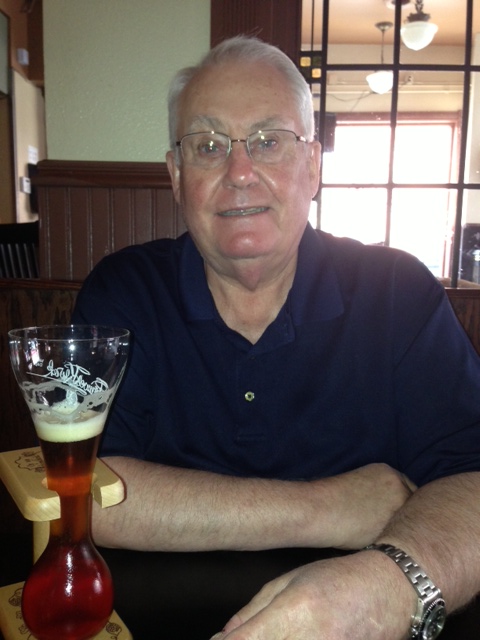 [“Weakie” and Viv spent an overnight at the Lowell Inn in Stillwater this week . . . for their anniversary, courtesy of their daughter Angie.  “Weakie” said they called Angie to thank her again when they ordered their 2nd bottle of Dom Perignon on her tab (just kidding, folks!).] 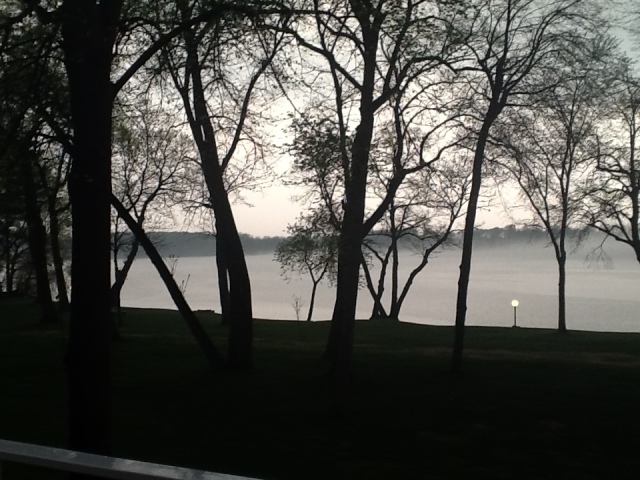 [First time blog contributor, P. Mc., submitted this photo of rain on Lake Carlos from the past week.] 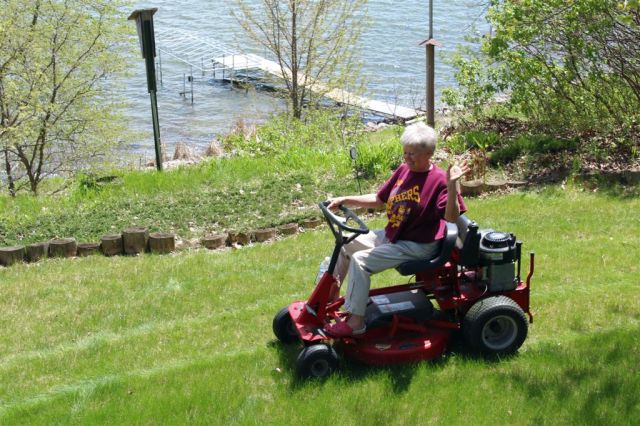 [And finally, the supervisor did her first mow today.  She was so excited because it’s her hobby!]

[She had to be careful because the underneath of the mower has been occupied.] 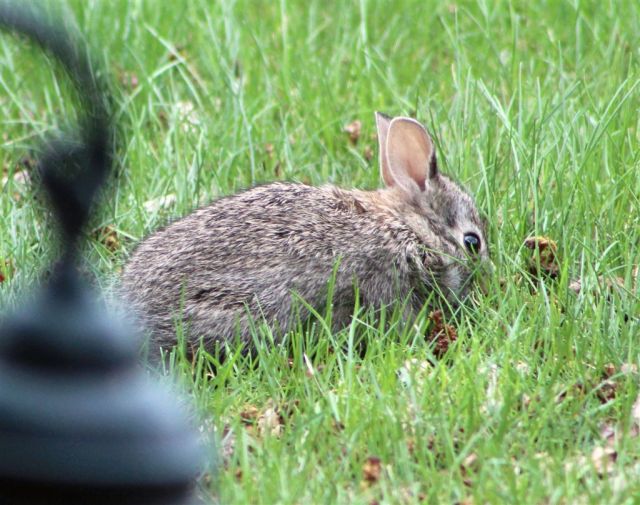 [The bunny may have moved on because we haven’t seen her/him in four days.] 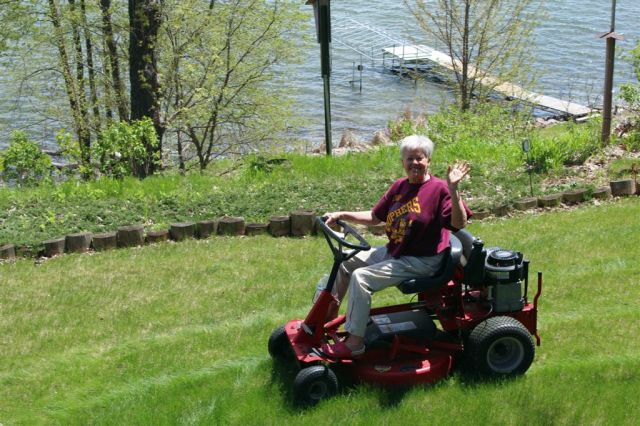 See you ’round all the weekend coming events!