Patchouli, and the Symphony

[Julie Patchouli, of Patchouli, at Carlos Creek Winery on Saturday, May 18 . . . and thus began another music weekend.]

[Bruce Hecksel, of Patchouli, also getting major play in the art world.  In fact, prior to performing at the winery, they stopped at Sixth Avenue Wine & Ale to display some of his works.]

[Bruce also noted Patchouli has started to appear on some Billboard instrumental charts.]

[And they were delighted to finally be performing outside.  We didn’t think it would happen that morning . . . but during the course of the afternoon performance, Tami Bredeson, winery owner, came out to tell them there was a flash flood watch in the area about the time they were scheduled to finish.  Whatta spring!] 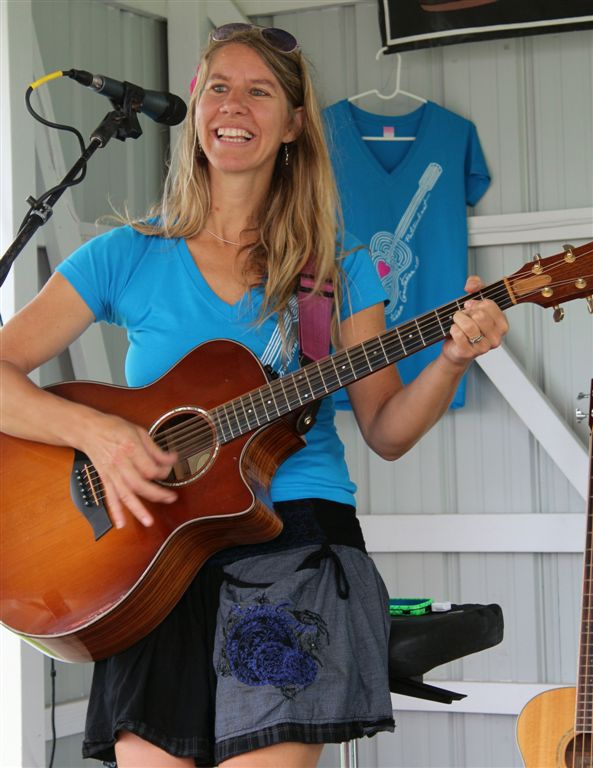 [As I recall, Julie announced that they will be performing in Alex every month this summer for the first time.  Wahoo!]

[The ever smiling troubadour.  😉 ]

[The t-shirts are new, designed by Bruce . . . stage displayed by the supervisor. 😉 ]

[The Cub Reporter’s Camp Social directives finally produced some results on this day.]

[OK, maybe the performers had something to do with that.] 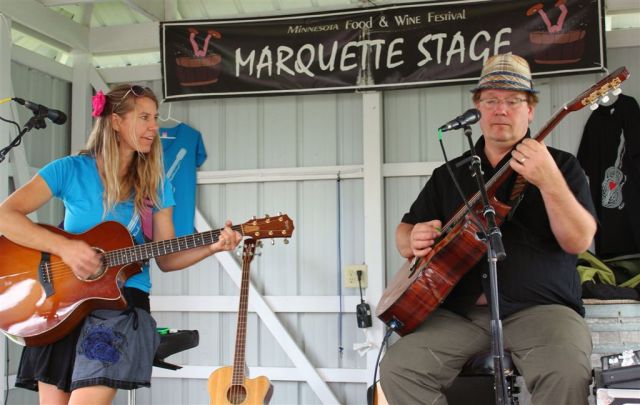 [Cardinal hockey alum, Alia Kopischke, was working the grill.  Her dad, Dan, just happened to be helping her this day.  Give her a visit the next time you’re there.] 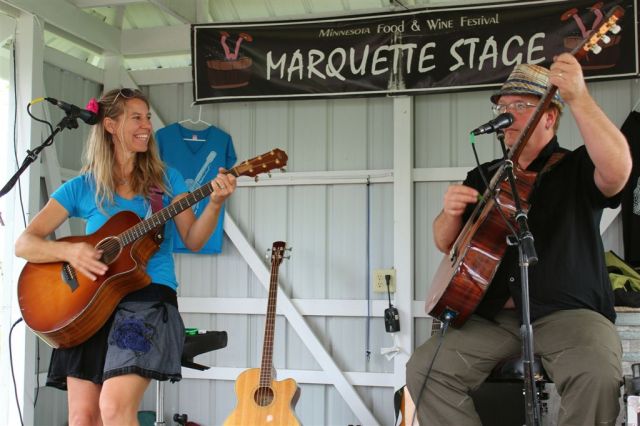 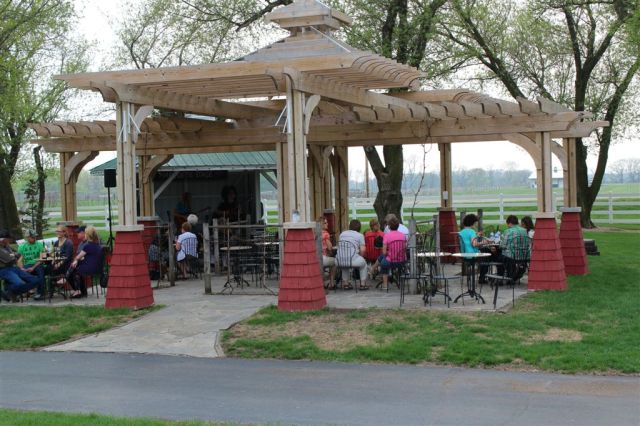 [Till next month then.]

[Sunday at the winery was the final performance of the season for the Central Lakes Symphony Orchestra.  A local compilation of gray heads and high school kids under the direction of Brad Lambrecht.  They just get better every year.] 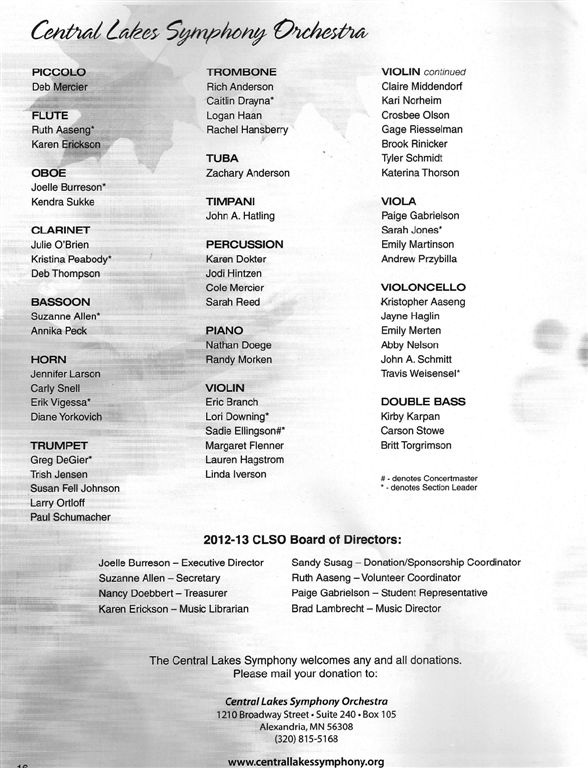 [As a male of the species, I have to admit to once again not reading the “instructions.”  Thus, I almost flew out of my seat when the concert began with Copland’s stupendous “Fanfare for the Common Man” and the tympani rattled the joint!  I wish I had run a video on it – they did a terrific job.  As well as a marvelous rendition of “America the Beautiful” next.] 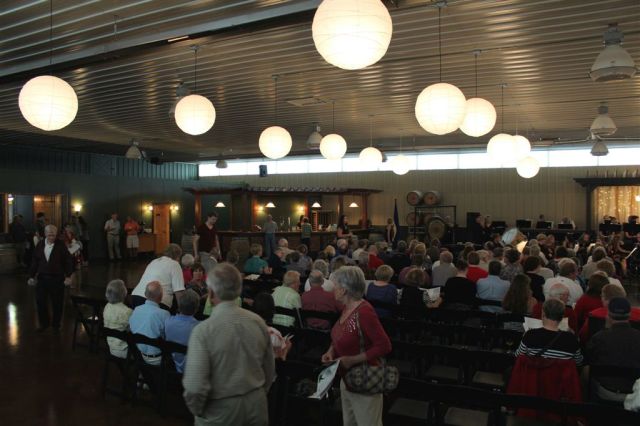 [Not wanting to get caught short again, I did step to the back to video:]

[Not too shabby for outstate Minnesota, huh?]

[I believe still in warm-up capacity.]

[Well, let’s wander over and get a glass of the local product.  And next year’s hockey co-captain, Melissa Drown, was helping with the intermission goodies.]

[The orchestra – meaning, of course, some day we believe Mr. Lambrecht will be sought after by a larger venue.] 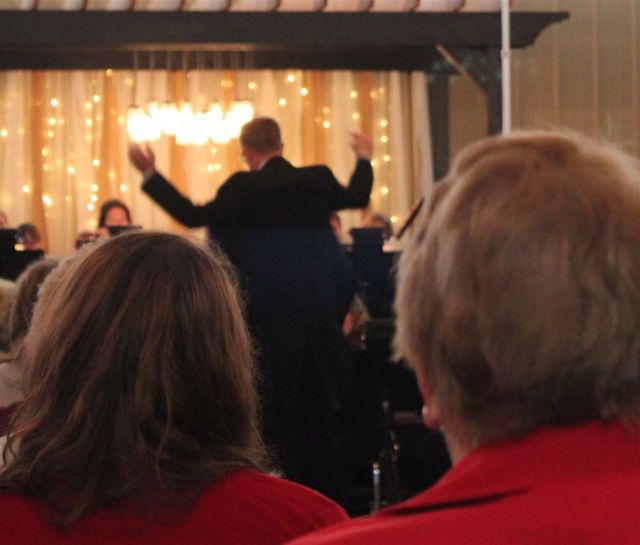 [Ending with the colors and the National Anthem.]

And remember, the coming week in Vacationland, USA, is a blockbuster . . . music-wise (starting with the 5 videos herein!)!