How ‘Bout Some Nice Books? 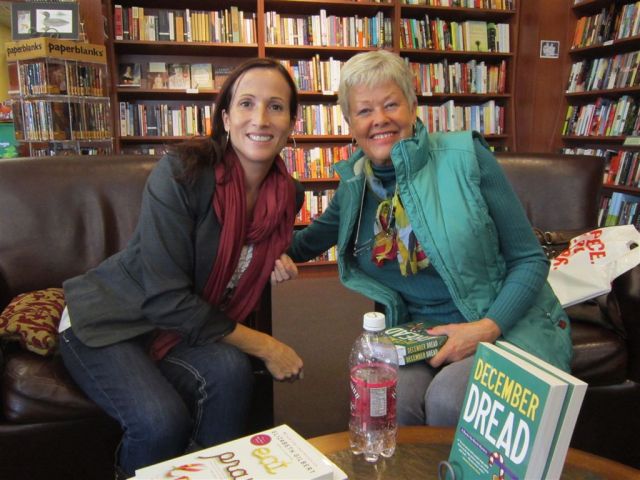 [The supervisor met with Jess Lourey today at Cherry Street Books to discuss our role in promoting her latest novel, December Dread, i.e., the continuing adventures of Mrs. Berns (previously written about extensively in this blog).] 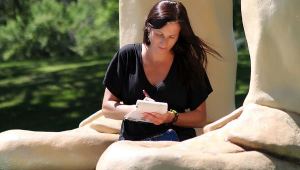 OK, hooey.  But we are delighted to do whatever we can to advertise the greatest series ever written about Battle Lake murder mysteries.  Which reminds me – we haven’t been up there for a while.  Thus, the closest we have been to Chief Wenonga is the photo on the left, borrowed surreptitiously from Jess’s Facebook page (those are his feet).  If you have followed these continuing adventures of Mira James, you know the Chief, and Nut Goodies, are the major love interests in Mira’s life.  Go get ’em . . . and enjoy!  🙂

[The supervisor is ready to read.] 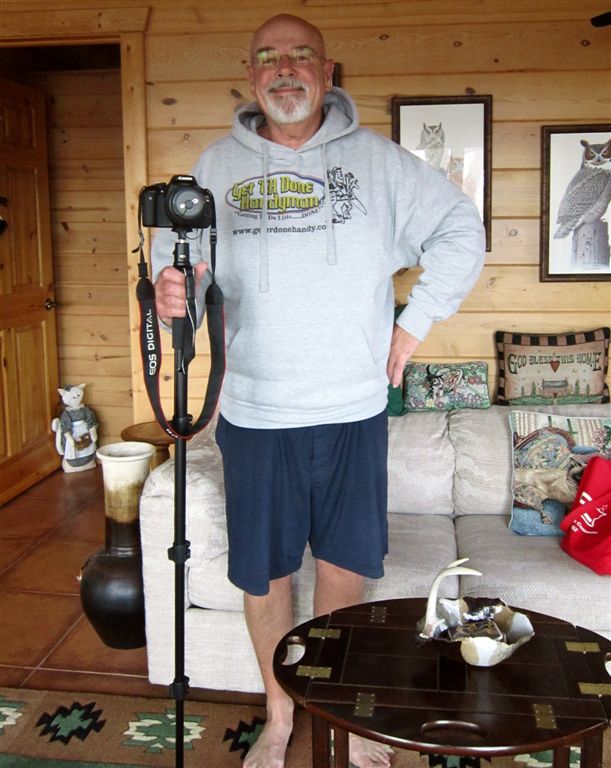 [Searching for a segue, I display the monopod the supervisor just got for me as a belated birthday present.  This was deemed necessary in order for an older person to take sharp telephoto pictures of athletes in action.]

[The first photo taken on the monopod – the supervisor no doubt trying to figure out how to edit my latest screed to the 4th estate!] 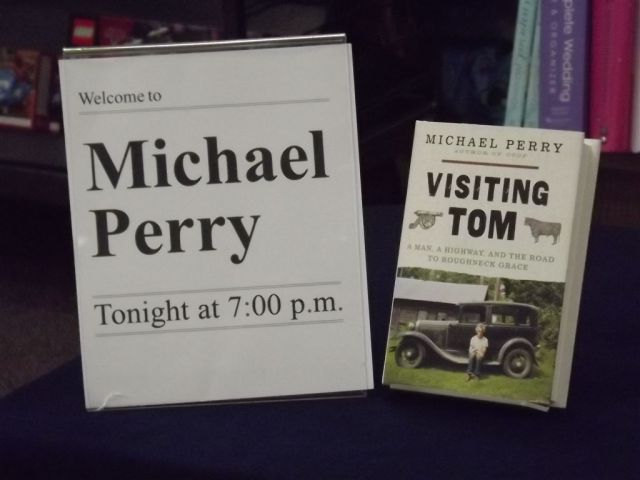 [Another birthday present – this from the kids.  The title is a play on words – errr, names – as it plays to my occasional title role as Mr. Maintenance.  Mr. Maintenance, of course, mocks my unhandyness, but there is proof of a male gene in that like all men I enjoy perusing hardware stores, though I have no idea why.  The Tom, of Visiting Tom, is the ultimate handyman, and Perry weaves a marvelous nonfiction story about the life and times of this Wisconsin farmer.  A kind of rural version of Tuesdays With Morrie?

[The author reading from the book.]

[Signing one – for me!  🙂  To Tom (“Tom” circled from the title and arrowed to it’s position behind “To”) – BOOM! Michael Perry  The “Boom” is a reference to the vintage cannon on Tom’s property that he occasionally fires because . . . well, it’s a cannon.] 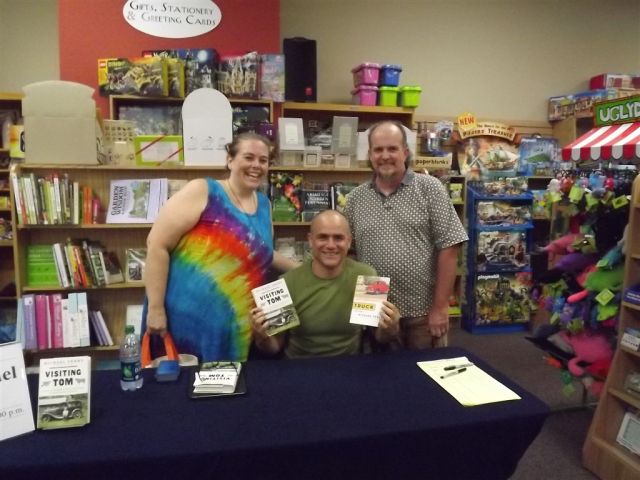 [Jami and Danny flank the author, who displays his good works and better hair style.]

[Since books involve reading (to some degree) and reading requires education, the next segue is to an institution of higher learning where grandson Tom “visits” with his mom on the Purdue campus.] 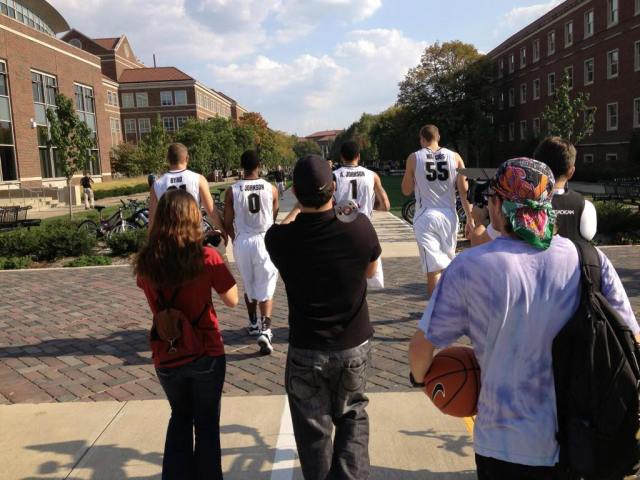 [Continuing the college dorm room theme, this is Tom’s “toaster.”  This is something way beyond the realm of my comprehension, but apparently it is some sort of storage device containing the entire knowledge of the known universe, purchased with the aid of a monthly stipend from the supervisor (as I recall).] 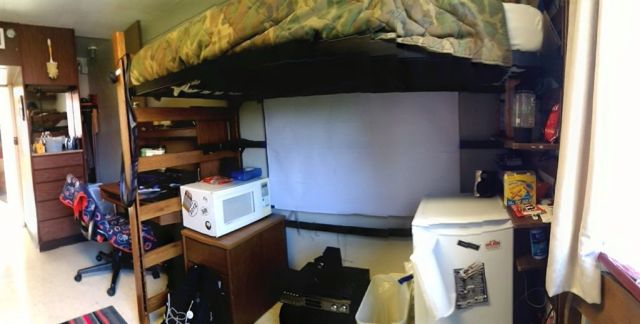 [The equivalents in my era were a clock radio and a window ledge for a refrigerator.]

[Conspicuous by their absence are swimsuit model wall posters, or at least one of Steve Jobs?  😉 ]

[Other dorms out the window?]

In keeping with a pledge for continuing  status reports on the contruction of the new Alex high school, these from yesterday.  The parking lot is paved and the foundations are in.  For those still wondering exactly as to its location, in one of these photos, looking north toward downtown, you can see the watertower by 3M:

[The foundation, from the parking lot looking south.]

[Looking further south toward where the athletic fields will be.] 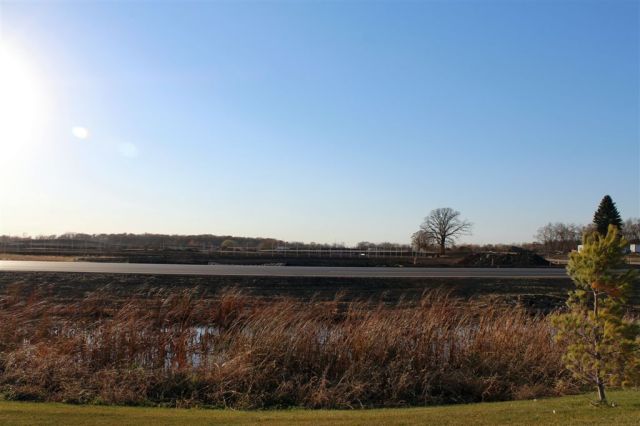 [These last two are looking from across the street in the Grand Arbor parking lot.] 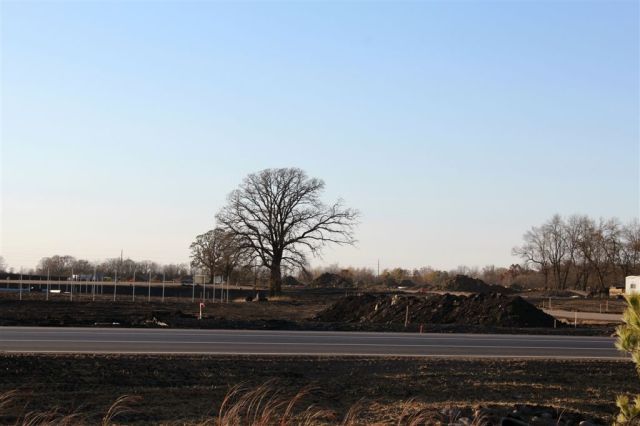 And now we end with selections from the Tom Sand collection: 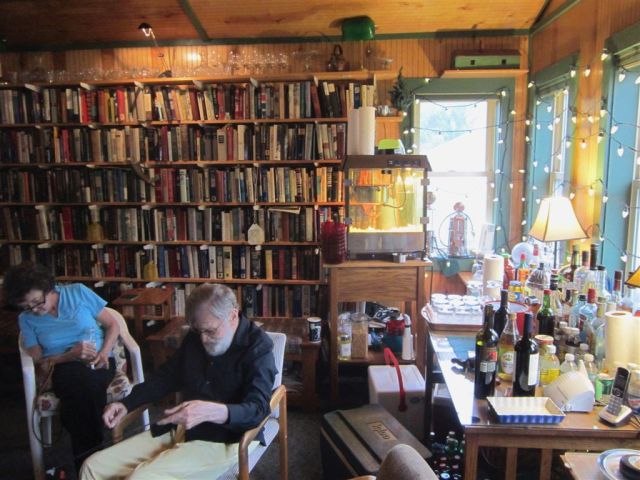 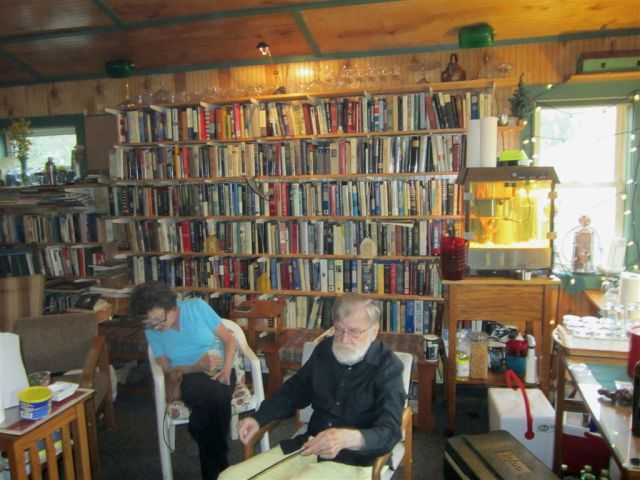 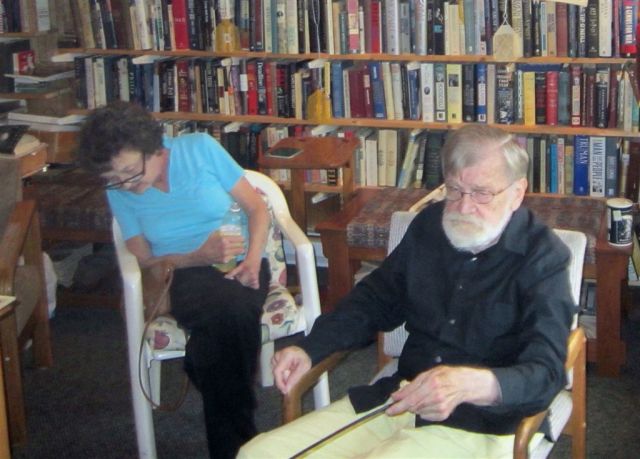 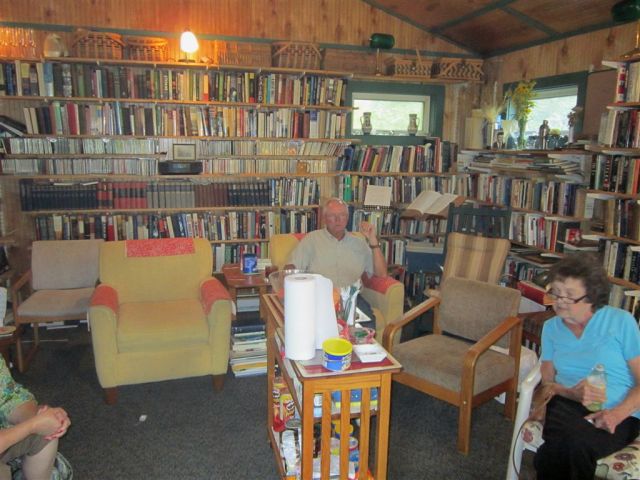 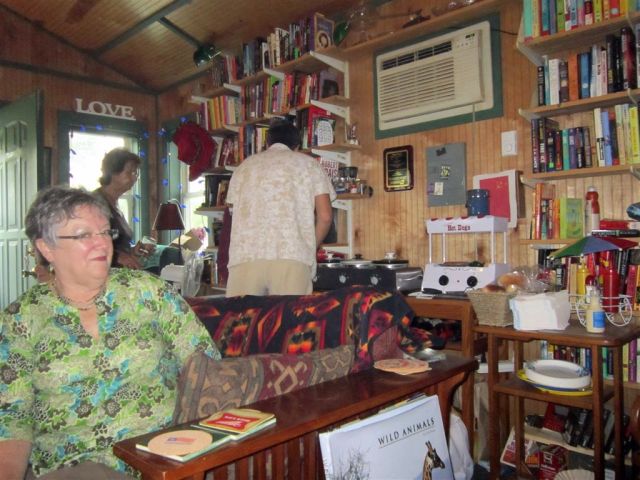 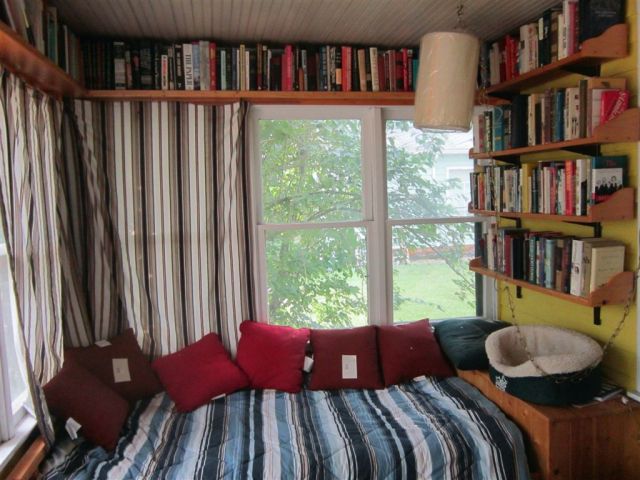 And now it’s off to the volleyball tournament – with the monopod!

1 Response to How ‘Bout Some Nice Books?