The morning of July 5th turned out to be a pretty big day for those of us now on Medicare.  The boys in the above photo were high school buds.  We were math geeks.  Unlike most geeks, however, we liked and played sports.  And it wasn’t that we weren’t interested in girls – it’s just that we didn’t know what to do about it.

Over the years, we had varying degrees of contact.  Greg and I always had a connection.  We re-united with Tom in 1990 for our 25th class reunion.  But we all lost track of Brad around 1974.  We had heard some time ago that he had been in a car accident that caused serious brain injuries.  We had brief contact with him a few years ago – he was living in Fargo and confirmed the injuries, then we “lost” him again.  During the holiday week, Brad found Greg, who lives in Burnsville, on Facebook – he was still living in Fargo.  Tom, who lives in Austin, Texas, just happened to be in Alex visiting his dad that week.  We decided to meet Brad for lunch in Fargo. 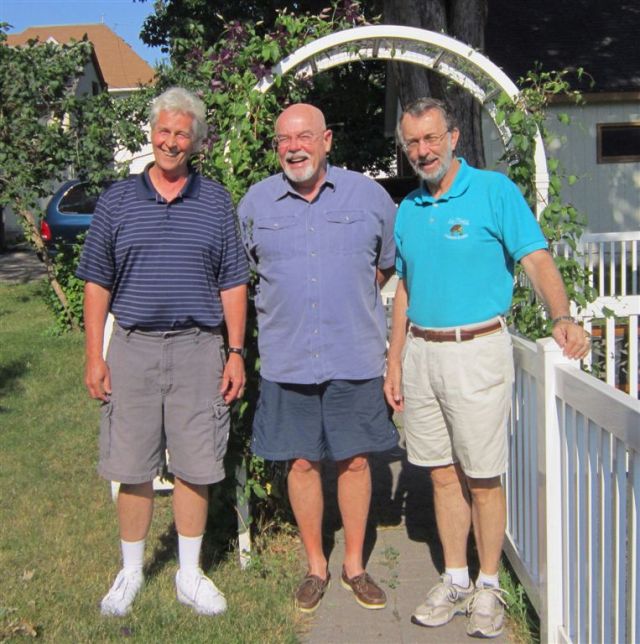 [Preparing to leave for Fargo that morning . . .]

[Tom’s wife, Pam; the supervisor; and “Dad” Merill Keihne were there at the send-off.] 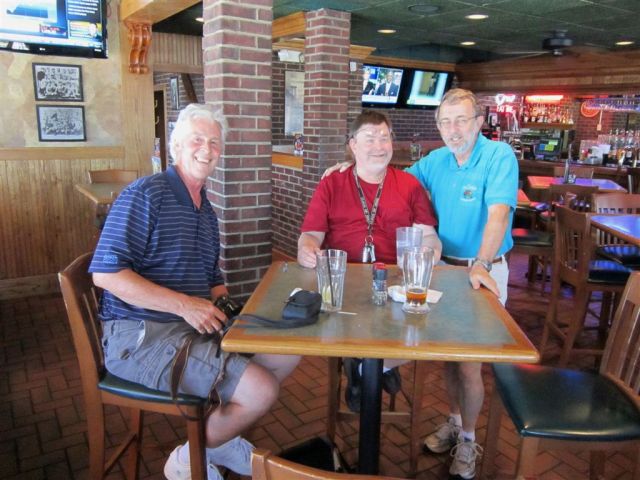 [Brad meets Greg and Tom for the first time in almost 40 years.]

[Brad has been on disability for 22 years.  He has PTSD, depression, and agoraphobia, and prefers not to travel.  He carries his medications on the lanyard around his neck.  His long term memory is good, so we had a great time talking about the “good ole days.”  He hasn’t been to Alex since ’91 – but would like to again some day.  We told him if he’s up to it, we’ll come and get him for the 50th class reunion in three years.  In his heyday, he was a computer programmer who did contract work all over the country – and one time owned his own software company.  Greg was a programmer for Honeywell for almost 40 years.  Tom is still a mechanical engineering professor at the University of Texas.  I, of course, became a blogger.]

[Our photographer – because it’s what I do.  p.s.  Many of you may remember Brad’s younger brother Barry, now 61.  Barry was a very good ball player for Alex and was drafted by the Pittsburgh Pirates.  I don’t know if he ever pursued that option.  He is a teacher and coach at Fargo Shanley high school.]

[Then we had to hustle back to Alex for the Red Willow Arts Coalition’s Tribute to Mel Lamar on the courthouse lawn.  Mel is noted for having taught every guitar player in the county over the last something, something years.]

[Mikko Cowdery, local guitar player of some repute, whose grandson, Brett, is a student of Mel’s.]

[Red Willows host, Chuck Wencl, who I believe plays everything except guitar?  😉 ] 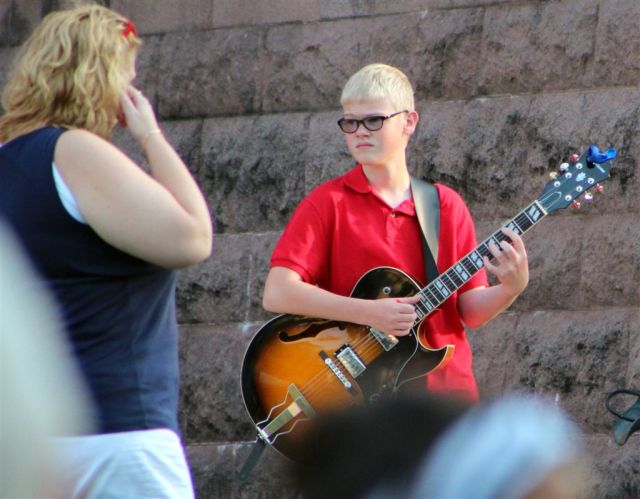 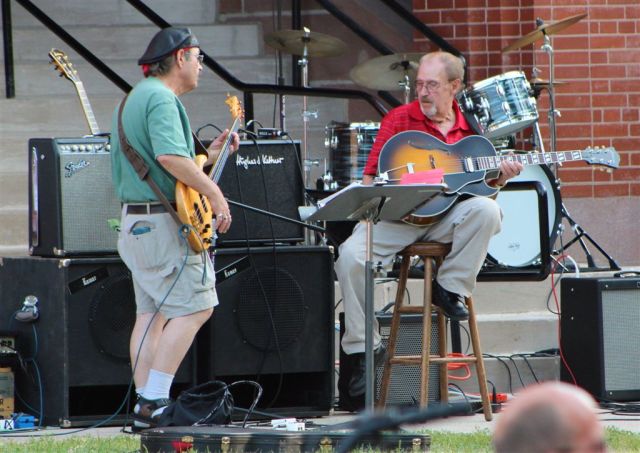 [Mel Lamar, on the right, with his son Bruce.] 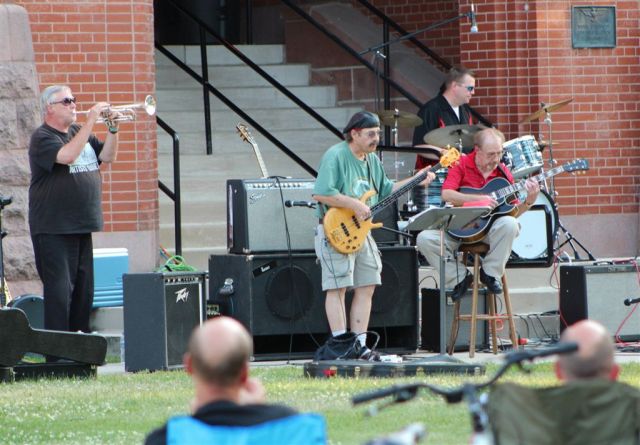 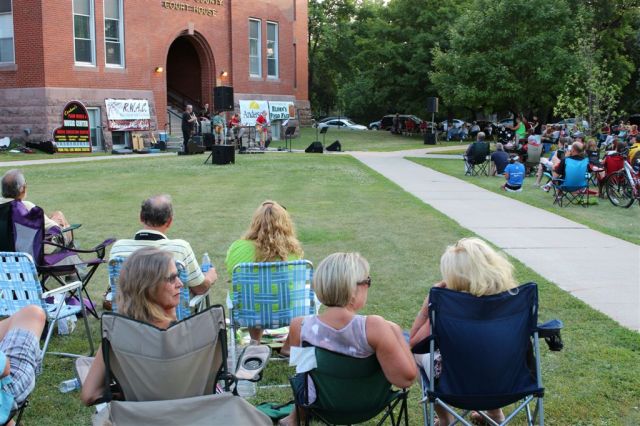 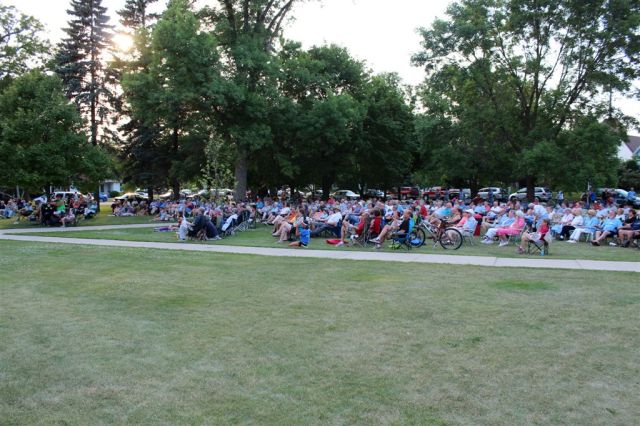 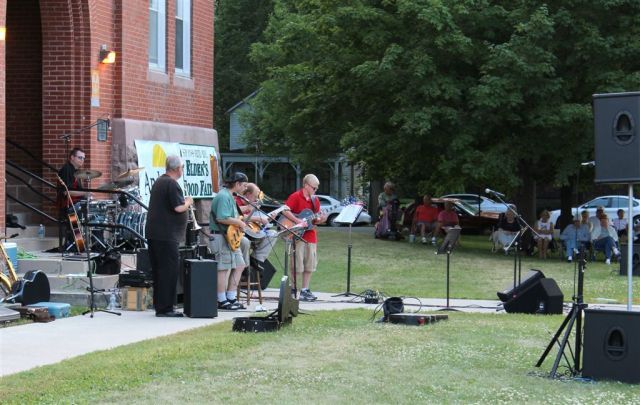 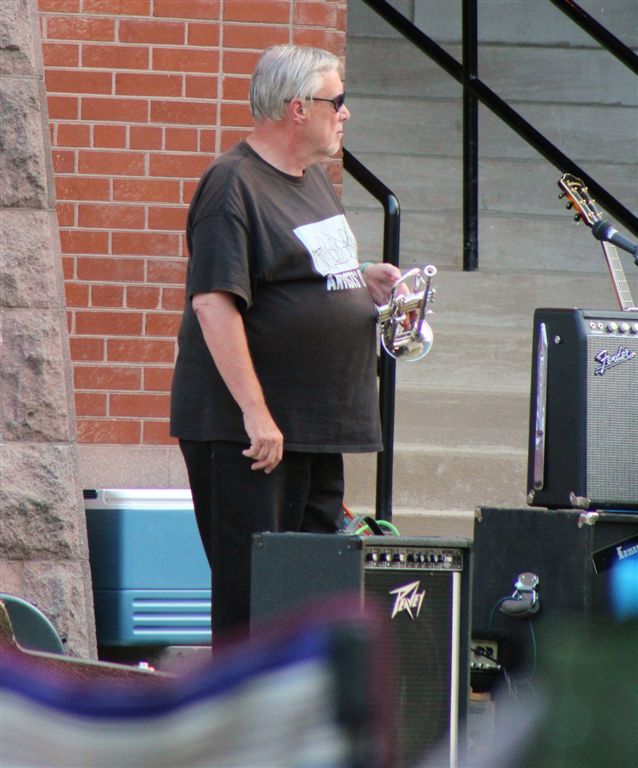 [The it was off to SAWA where Finestra was performing.  A packed house made on-site reporting impossible!]

[Returned from the gym on Friday to find the tree trimmers had been here.  Dead branches had been culled from our westside protector.  It has “the disease,” so all we can hope is that by removing the dead branches we can keep it alive for a while longer.]

Friday afternoon began the glut of weekend entertainment.  Matt Veline was at the winery Friday through Sunday – we were there Friday and Saturday (more later).  Then Dan Mahar highlighted the weekend of the 6th anniversary of Sixth Avenue Wine & Ale: 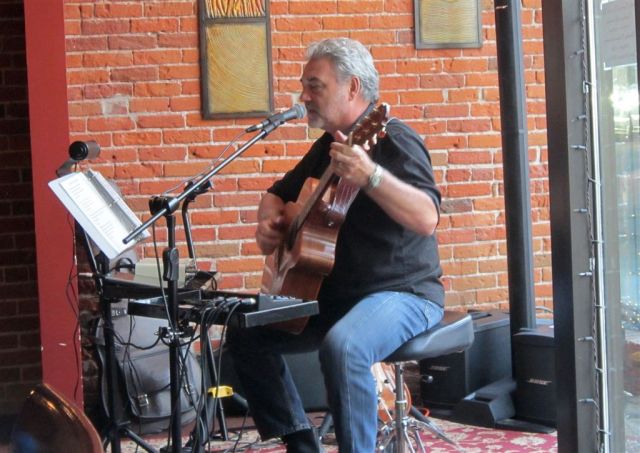 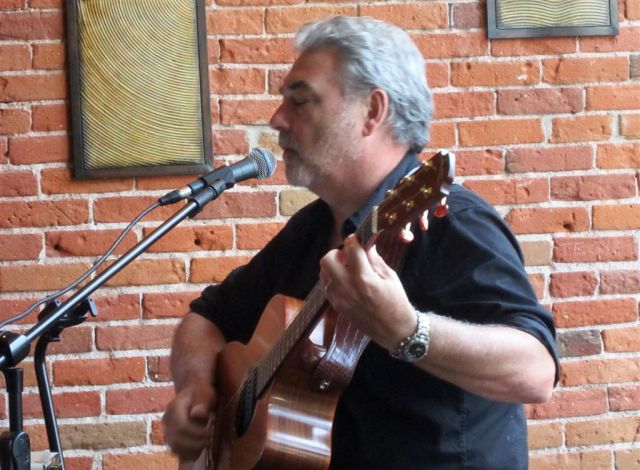 [Many videos of Dan are scattered throughout this blog.]

[And the Kiehnes were there.] 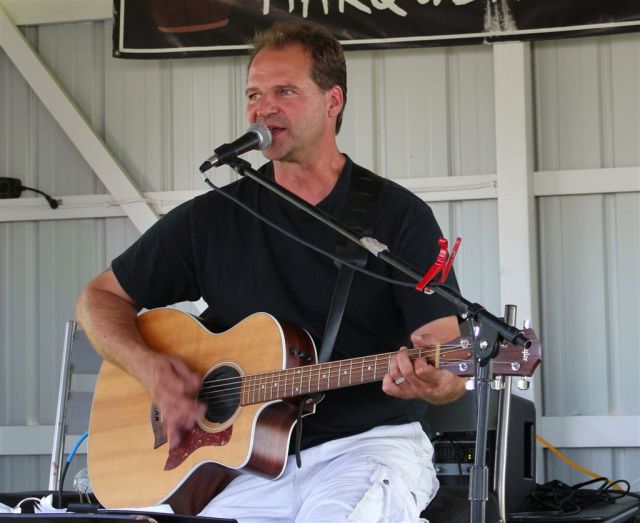 [Back to winery for Matt Veline on Saturday.] 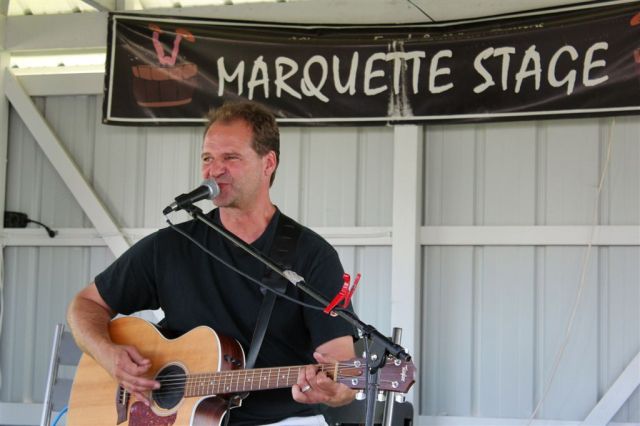 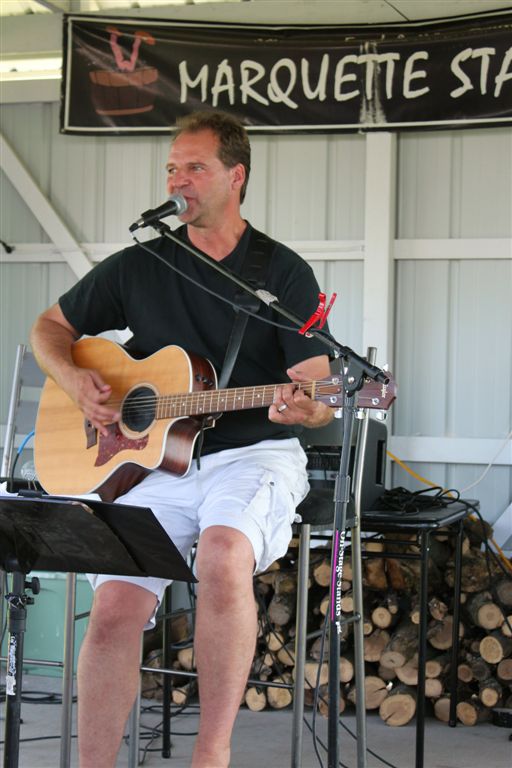 [And the Annens were there.]

[Then back to SAWA with Mr. Mahar.]

[Recently discovered, SAWA was originally a bar in 1904 – with the bar in the same location it is today!  😉 ] 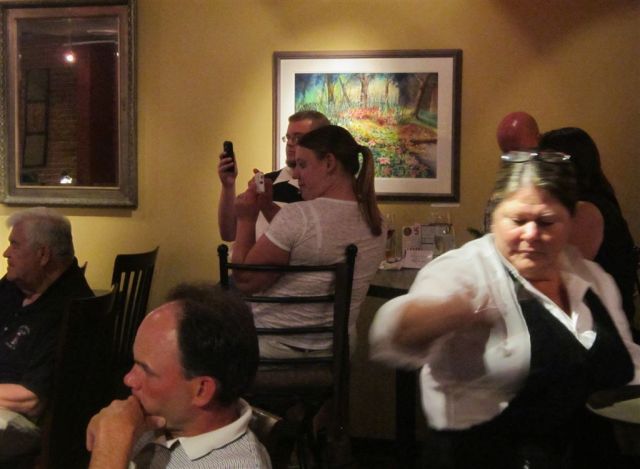 [Fans taking photos – and Vicky, on the right, who has taken care of us for the entire 6 years!]

[Late in the performance, Dan was joined by Terry Kennedy and Al Lieffort and, to the delight of the music fans, played on into the night!]

Also on this day, Patchouli, regularly featured in this blog, performed in Wisconsin and blog contributor Sue Elliot submitted these photos: 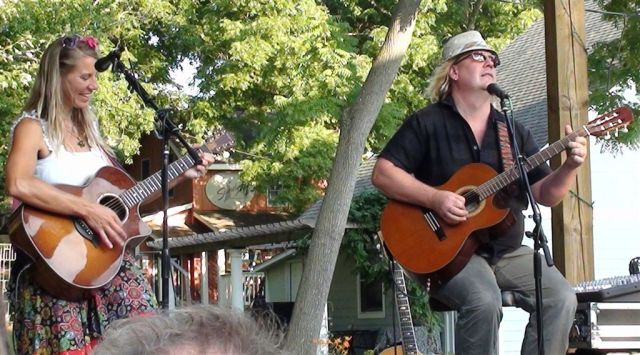 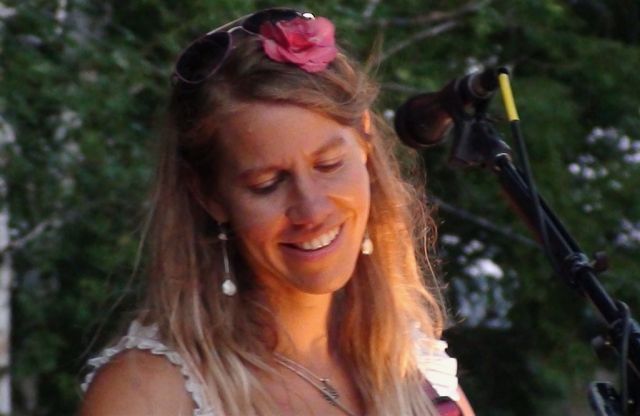 On Sunday, the supervisor suggested a trip on the Moby Obie would be nice: 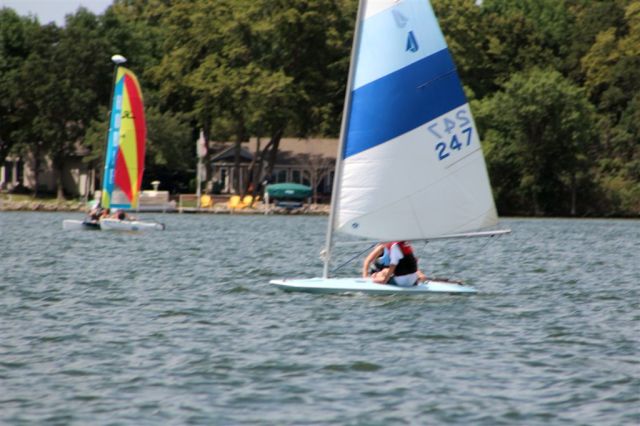 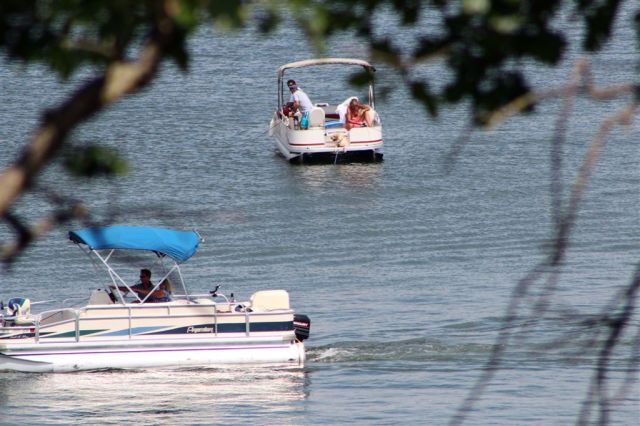