This is from the 4th through . . . whatever day this is.  It’s been busy so blogging has been an afterthought.  Plus, it’s been just too darn hot!  [Time to start revisting those real estate ads in Pickle Lake, Ontario?]

The kids went home to Indiana on the 3rd.  100-degree heat indices were responsible for that.  So, on the morning of the 4th, the supervisor and I, knowing that the show (and its coverage) must go on, ventured out into a dewpoint-induced white-out to watch the annual Lake Carlos Boat Parade.  So, into the Moby Obie for our 2nd lake venture of the year – absent regular use, the Moby was a bit grumpy about getting started and we drifted past several of our neighbors until the 16-year old 50 hp Yamaha finally fired up.

[On the way, a rare sight on beautiful Lake Darling – a stand-up surfboard paddler along the reed line between Camp Ballentine and the golf course.] 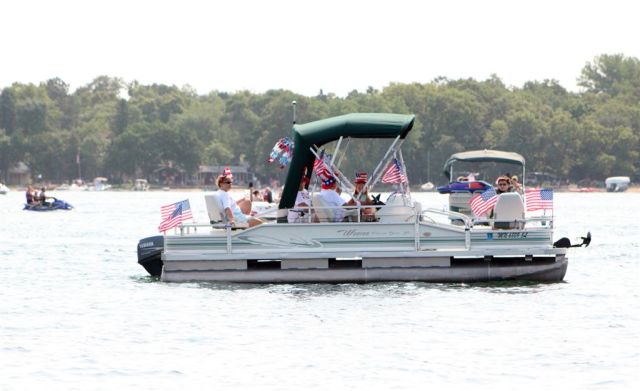 [Into Lake Carlos, the meandering prior to parade commencement had begun.]

Video of the parade (OK, it’s really more of a meander):

[As you can see, the perspiration-enhancing humidity had turned both the water and the air into a lovely shade of pale.] 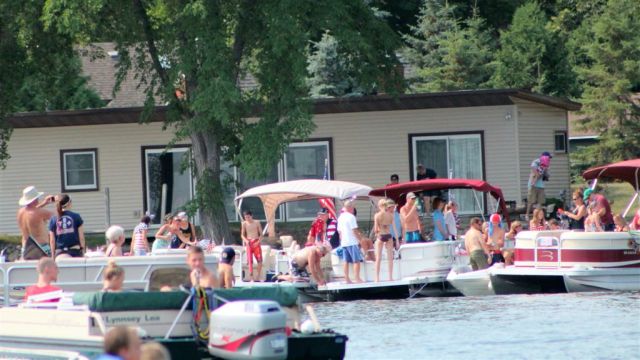 [Several thought the participation, and the audience, were down this year – but I didn’t think by much.] 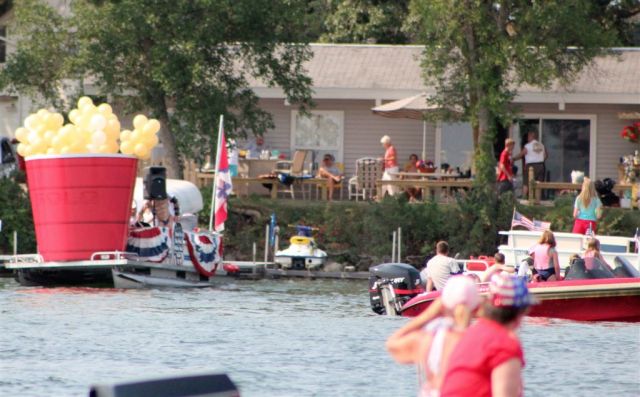 [I believe the bucket of balloons represented some sort of KFC product.] 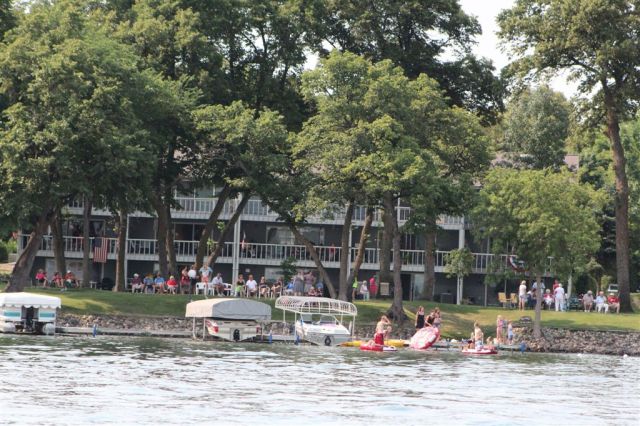 [Blakes by the Lakes – always a good audience.] 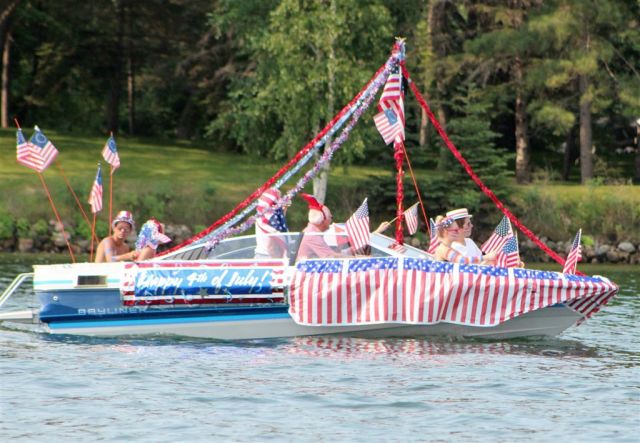 [Start ’em young and they’ll be paraders for life.]

[Then came the beefcake.  I believe the supervisor mumbled something about that being her favorite.] 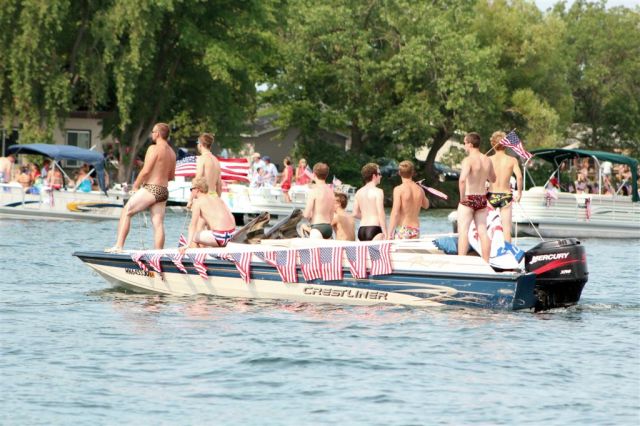 [We could relate – hippies!] 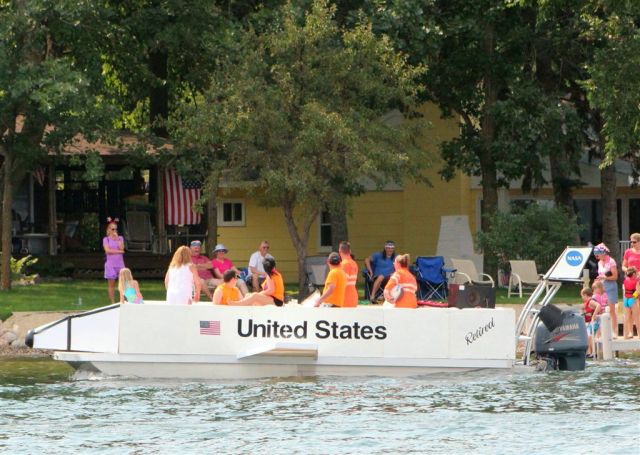 [Where our past club president paid due homage to the red, white, and blue – bikinis!]

[Contrary to reports at the time, I was not wearing a thong.  It’s just that my swimsuit seems to be shrinking over time?] 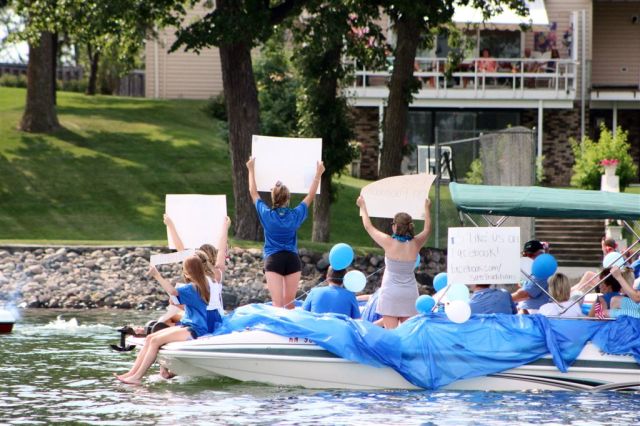 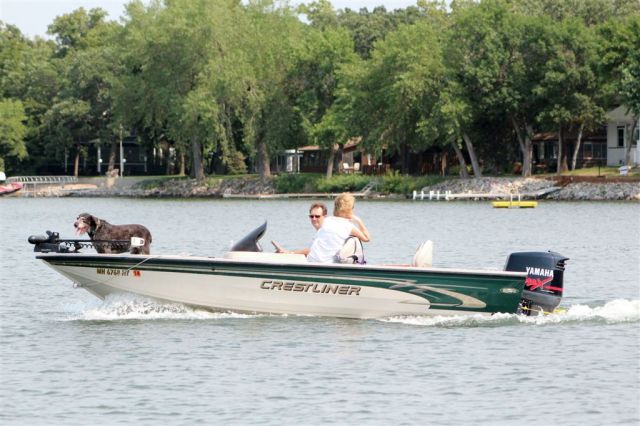 [Getting ready for the fireworks.  We decided against the Moby Obie – too hot and buggy – so were delighted by the invite to the Fieldhammer’s.] 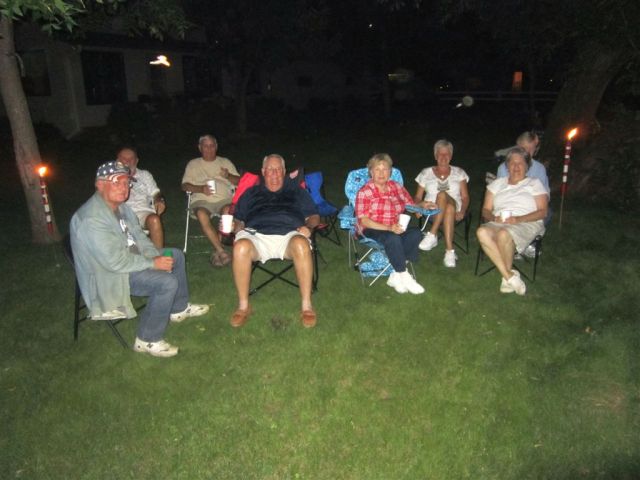 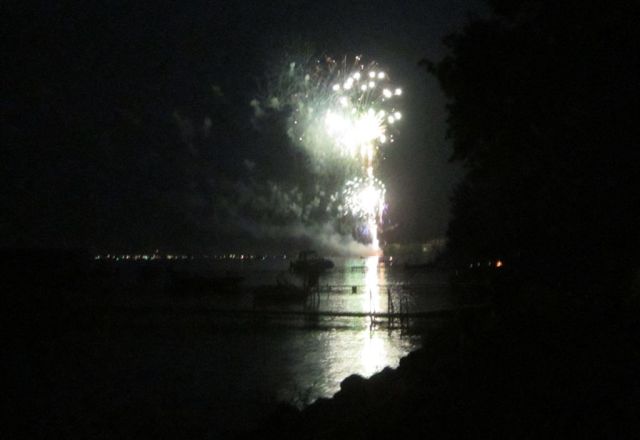