Take Me Out to the Ballgame V 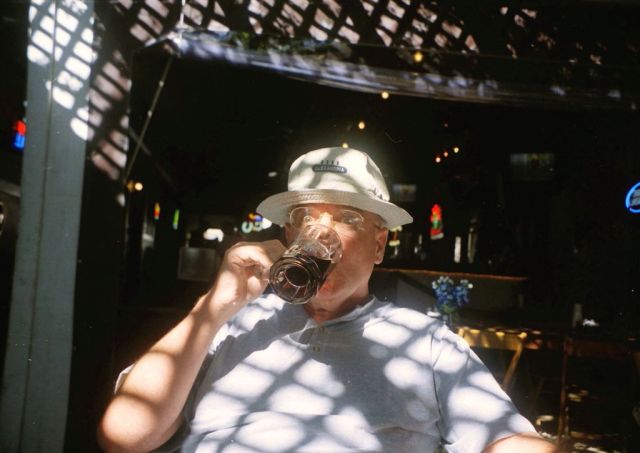 [Fredericksburg, Texas, some time within the last 10 years.  I’m enjoying a beverage.  There is no other purpose for this photo.] 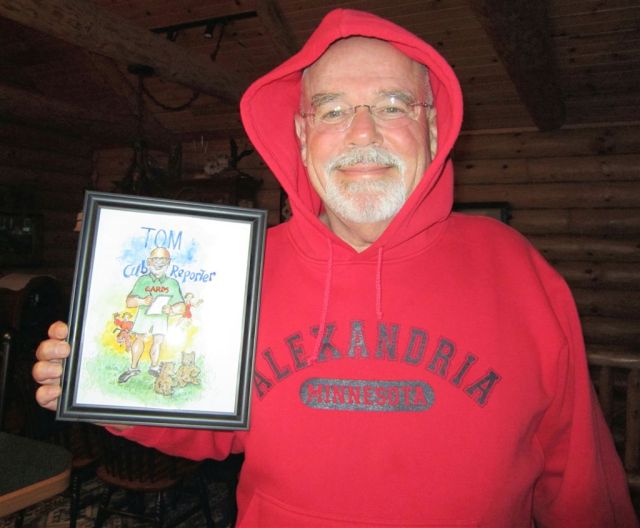 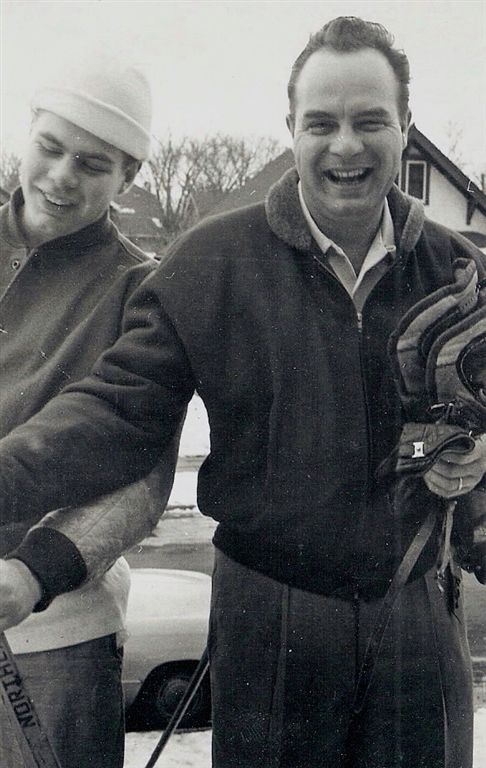 [Uncle Tom and Dad, both were North High Polars.] 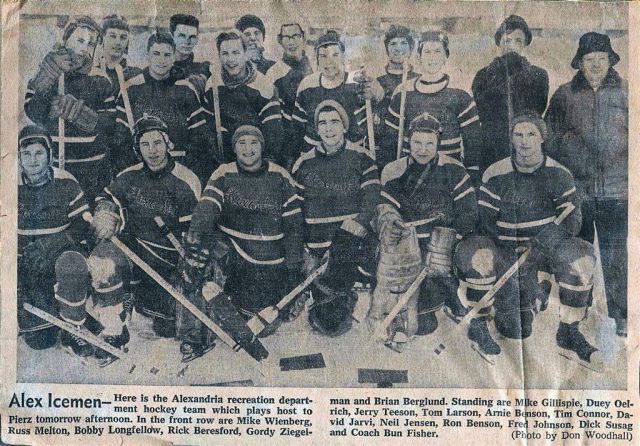 [Before it became a high school sport.] 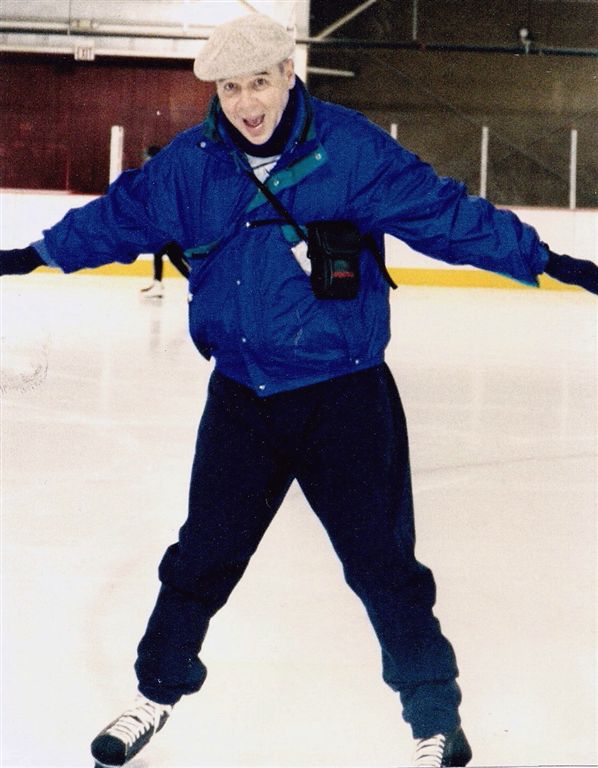 [Annual trips to Waterville Valley, New Hampshire, allowed me to dust off the blades.] 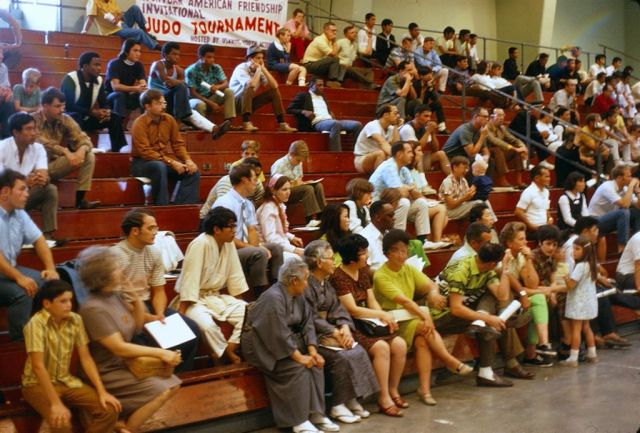 [So, I here you say, what does Japan have to do with “Take Me Out to the Ballgame”?  Well, bear with me.  Here’s a school judo tournament in Okinawa in May 1971.  I was stationed on Okinawa from February 1970 to February 1972 with the US Army.] 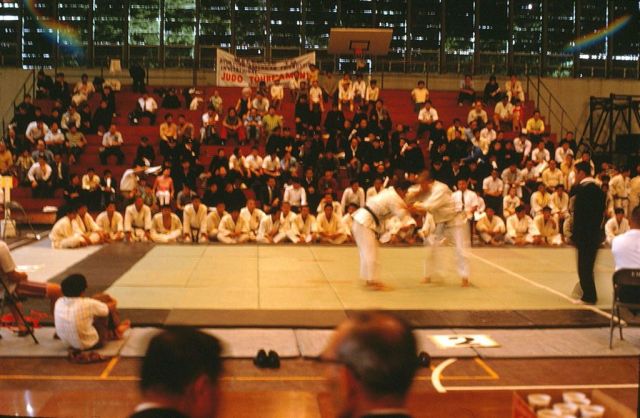 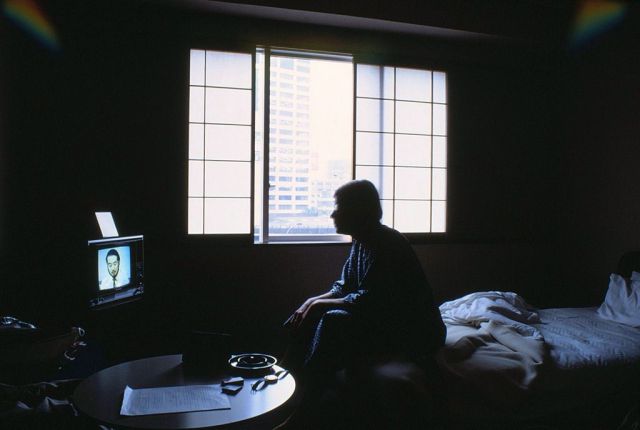 [I went home on leave in August 1971.  On return, I had an overnight in a Tokyo hotel.  That was the first time I ever saw nudity on TV.  Is that a sport?  It was back in the era where more than one photographer around the globe would do mass nude shoots at various public venues.  In this instance, hundreds of naked people ran out onto a baseball field.  For some reason, that has stuck with me.] 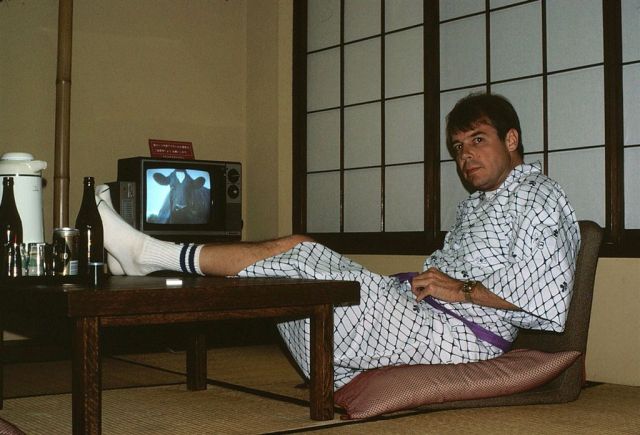 [A cow on TV wasn’t quite as exciting.  This was in a ryokan, a traditional Japanese inn, one of several we stayed in on a vacation tour in 1982.  They’re terrific!] 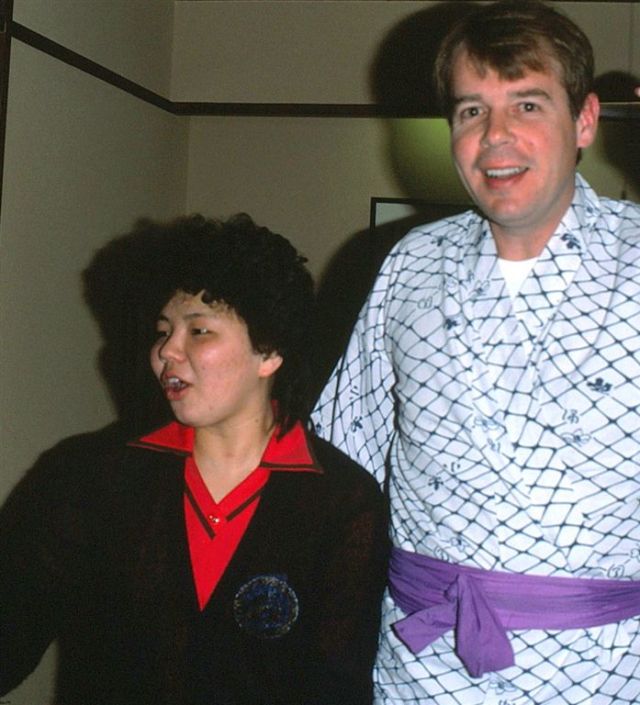 [At some ryokans, one dresses for dinner.  The inn sends in staff to help you with the procedure.] 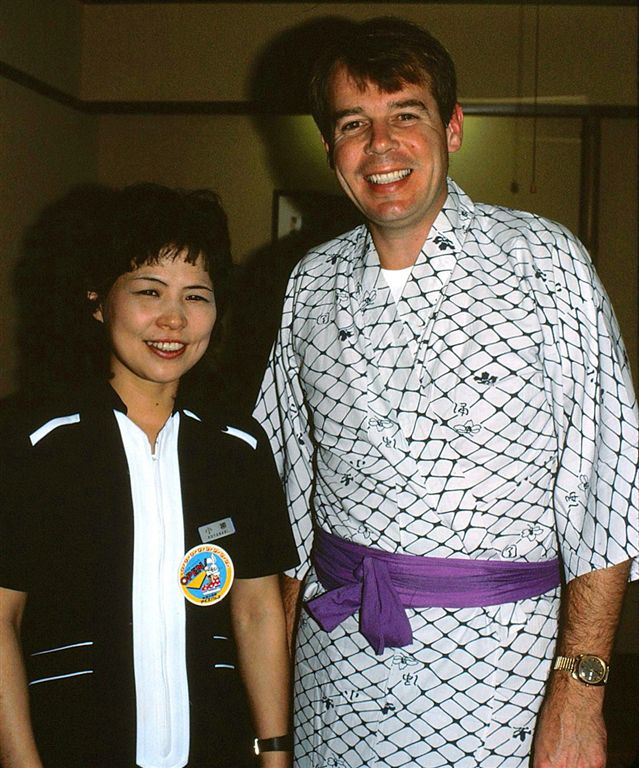 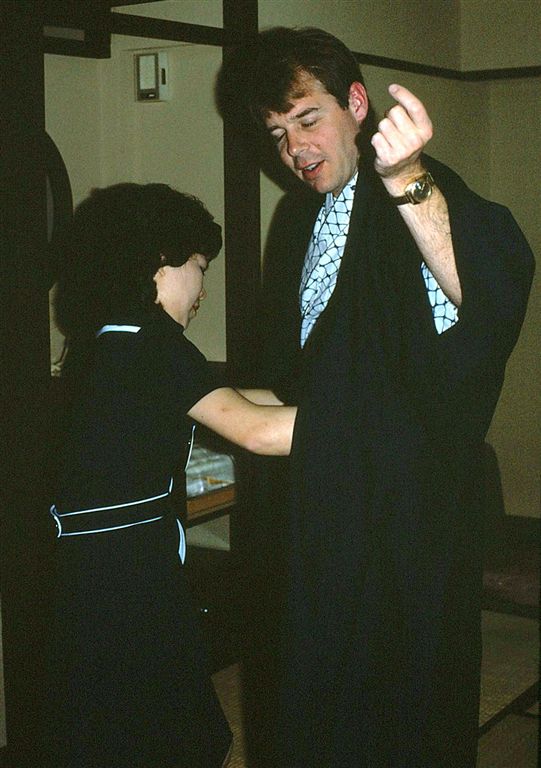 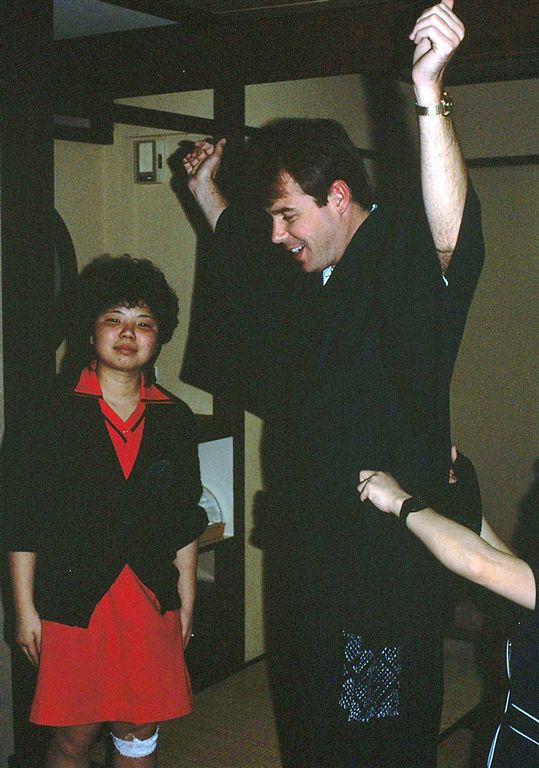 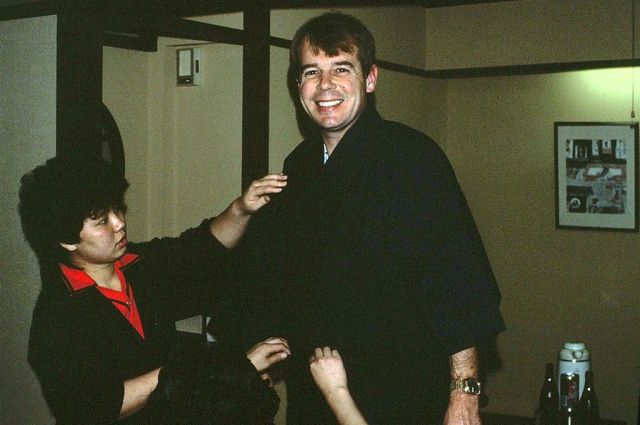 [Now whom amongst us would object to such assistance for appearances sake?  It was a much more pleasant version of the TSA pat down!  😉 ] 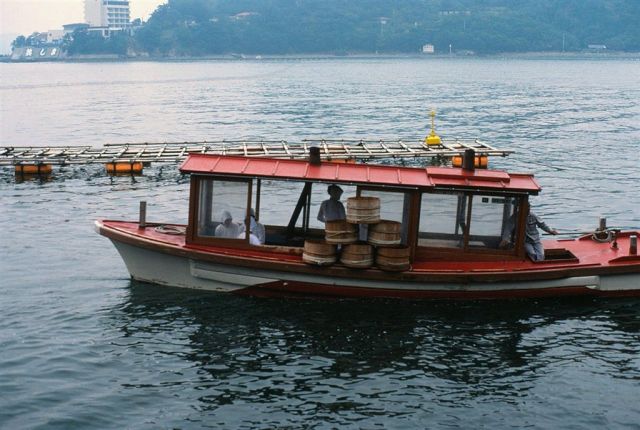 Ama, Japanese women pearl divers, an art that goes back 2,000 years.  Women are better “insulated” in the cold water and could hold their breaths longer than men.  Now it is done mostly for the tourists at Mikimoto Pearls.] 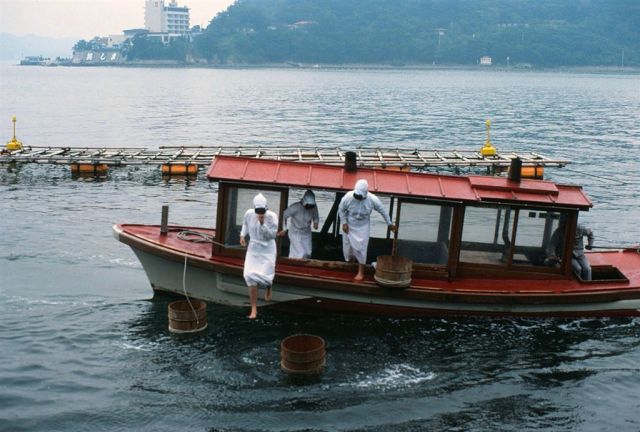 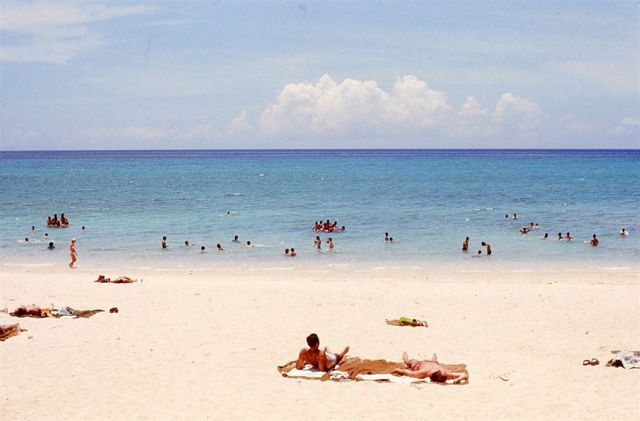 [As long as we’re swimming, a beach on Okinawa.  If memory serves, it’s Moon Beach.] 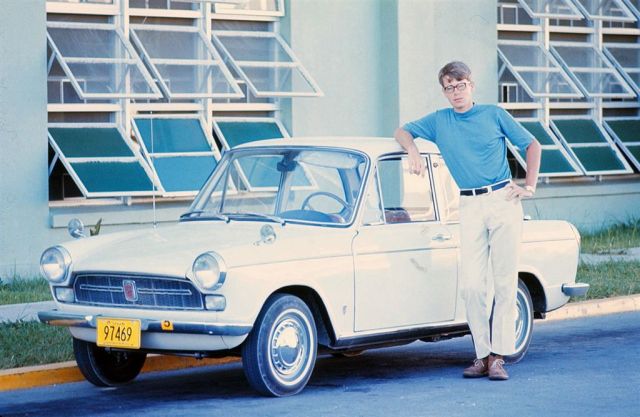 [My car (and my waistline!) – a 1970 Daihatsu, not stateside eligible at the time, but perfect for getting around on an island that was 90 miles long and 6-12 miles wide.] 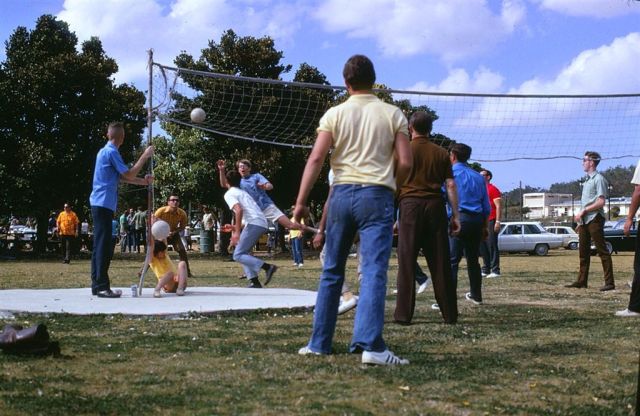 [Volleyball (a sport, right?) at a company picnic.  I’m on the far side returning a shot.] 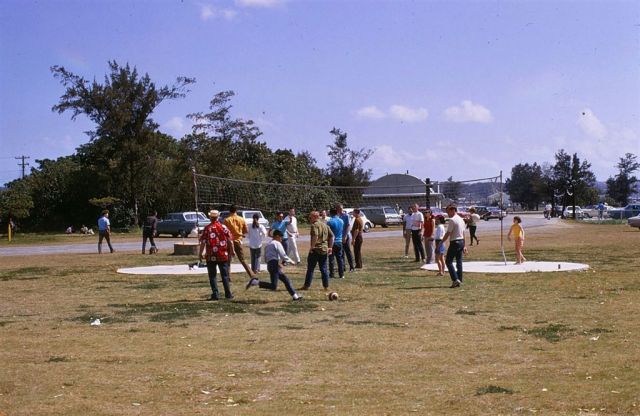 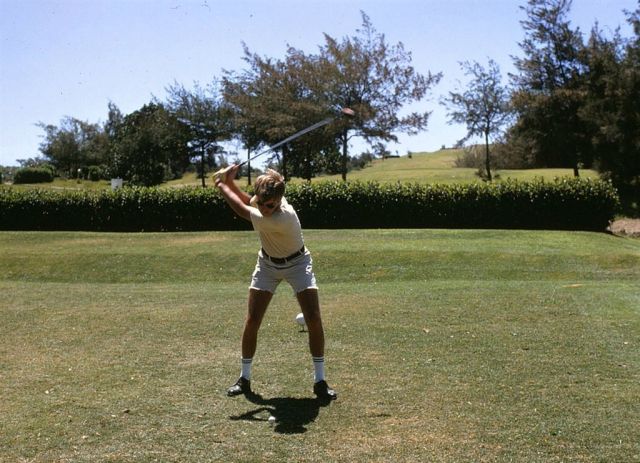 [And last, but also first, golf!  Awase Meadows Golf Club.  Lee Trevino played here when he was in the service.  We did not have titanium head clubs then.  Still, the course had several holes in the 300-yard range, and we could drive them!  🙂 ] 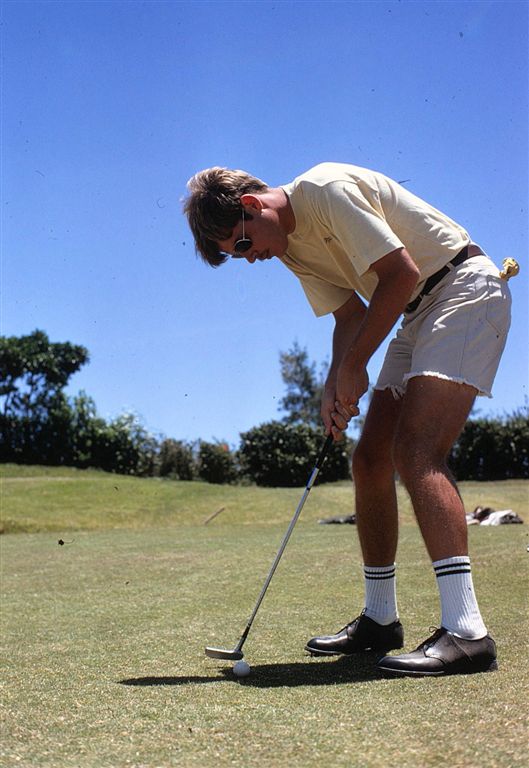 [This most important part of the game is still pretty much a mystery.  But, hey, I’m gettin’ a nice tan!] 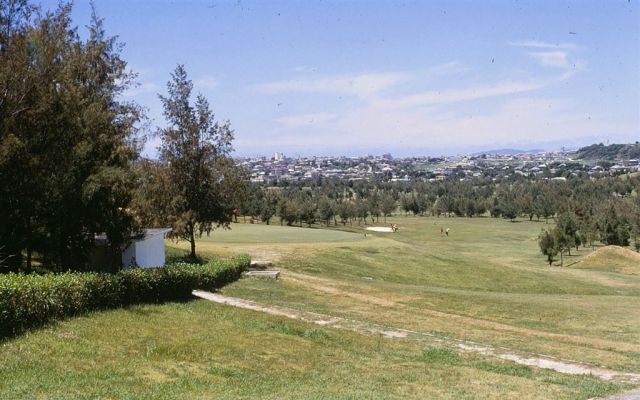 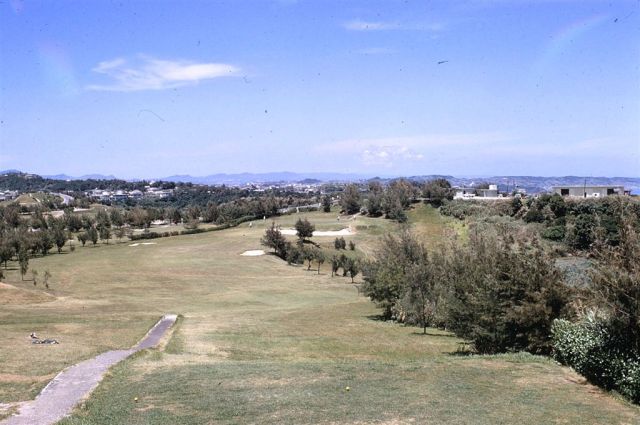 [Panoramic views – tee it high and let it fly.  This appears to be one of those occasionally driveable par 4’s.] 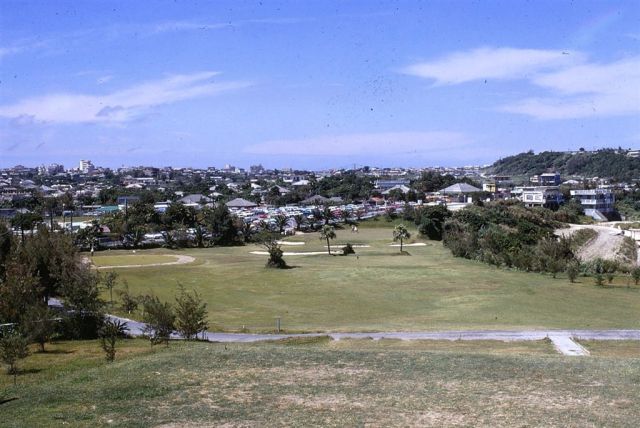 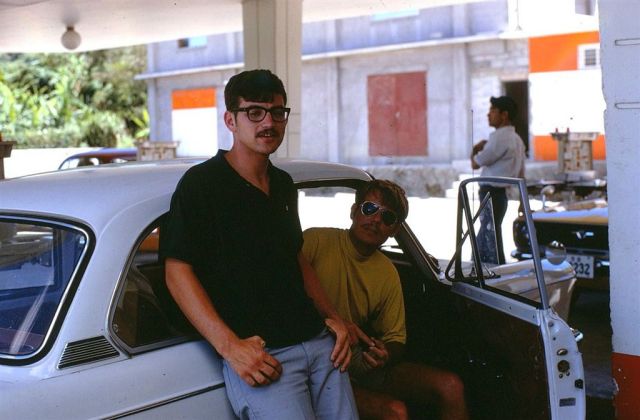 [Another 6 Degrees of Kevin Bacon moment.  Gary Mertz, from Olivia, and I were in Territorial Hall at the “U” together.  Then we both ended up on Okinawa.  I have no idea how he found me there?  Yes, I do believe we were at an A & W.] 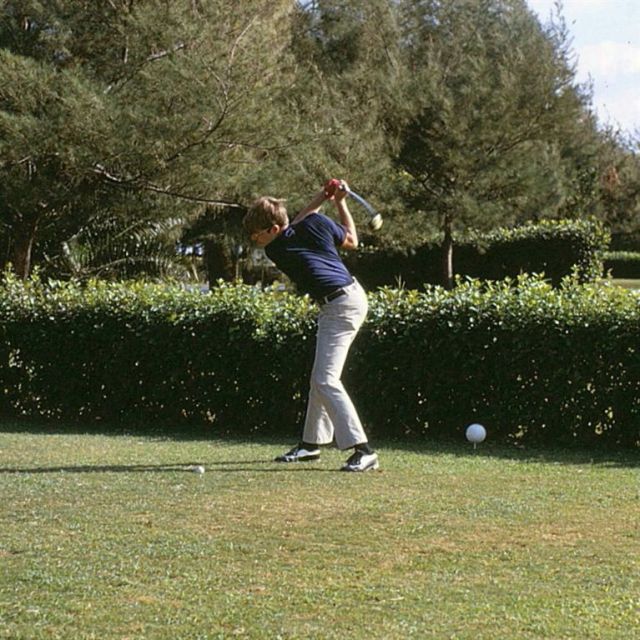 [If I tried to get that backswing now, I’d be in traction for a month!] 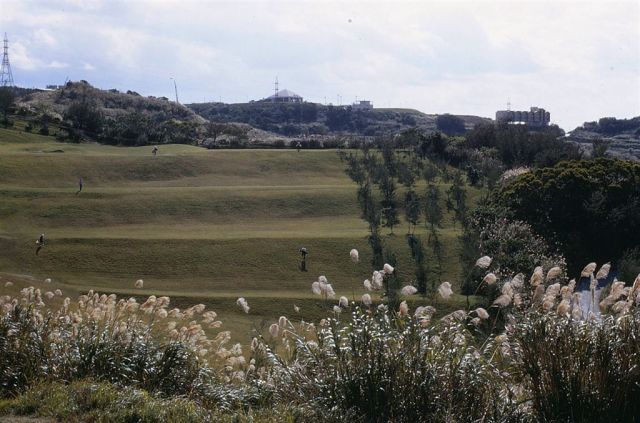 [An interesting hole – converted rice terraces.  I can’t recall how we played it?] 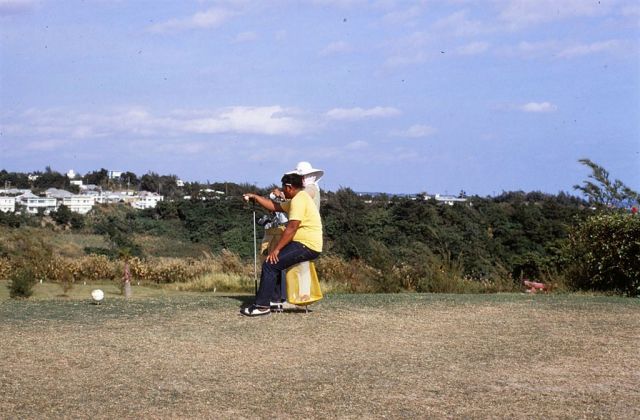 [Ferdinand Suarez – “Frendo.”  He was a staff sergeant – and thus out-ranked and made more money than we “two-and-dones.”  He bought one of the very first Datsun 240-Z’s  – to the envy of all the rest of us.  And he always hired a caddy (good for the local economy) and always the same one – we called her “Hollywood” because of her dark sunglasses.  She knew little English, we knew no Japanese, but somehow we got around together.] 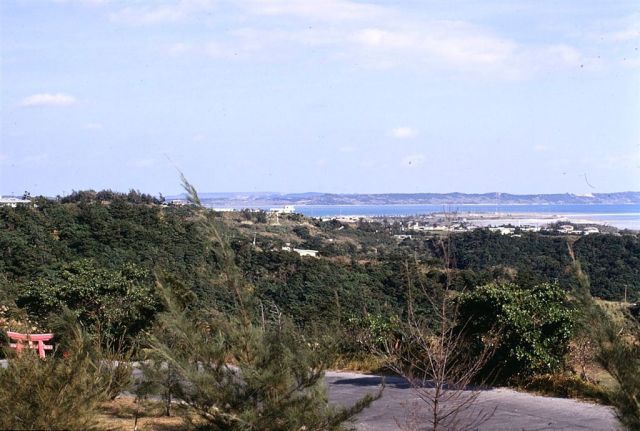