Take Me Out to the Ballgame IV 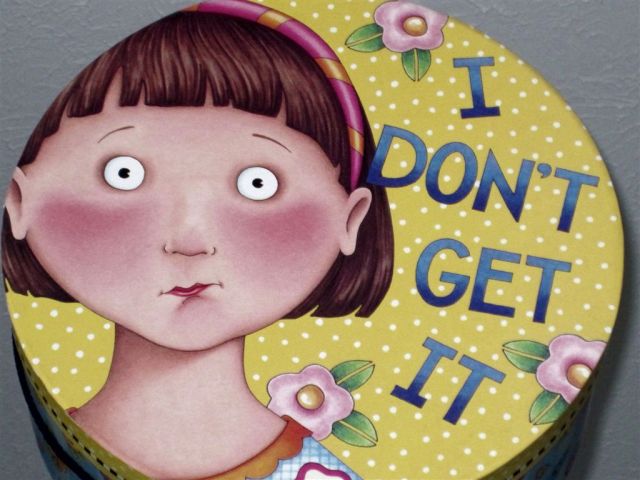 As the title indicates, I got nuthin’!  It’s the time of year when high school sports take a summer vacation, and Minnesota weather is following the climate models by becoming continually wetter . . . every outdoor activity seems to get rained out.  Thus, it’s back to deep archives – readily available deep archives so established for such this purpose.  And maybe if I use them all up now, the next time there is a lull in the action I’ll have to create something new.  Here’s blowing the dust off . . .

I don’t do it anymore.  Don’t know why?  As a kid, we growing up in Victoria Heights always fished from the shores of Lakes Victoria and Geneva – lakes we could walk or bike to.  Our weapons of choice were Daredevils, Bassarinos, Johnson Silver Minnows, Hula Poppers – and while monofilament was around then (as I recall it wasn’t very good), we mostly used that black fishing line that could pull an 18-wheeler out of a ditch.  One of my favorite fishing memories is because of that heavyweight (25-pound test?) fishing line.  I was casting off Mrs. Marty’s dock next to the Victoria Heights landing, probably with a large Daredevil.  I launched a cast that must have gone halfway across the lake (OK, a long way).  Almost as soon as the plug hit the water, I felt two sharp tugs and . . . PING, the line was snapped!  25-pound test line?  It must have been a Mako shark!  I’ve always wondered what it could have been?  I can’t remember if the following was related to the previous event, but I remember it was some time around then (I was probably a tweener) when a 28-pound dead (old age?) Northern washed up on the landing.  None of us had ever seen anything that big before!  It stayed there for days while the entire neighborhood passed by to pay homage!  It’s probably a good thing Victoria was never a swimming lake, none of us would have ever gone in the lake again – that thing could have taken an arm or a leg!  Dad noted the game warden always said the biggest Northerns in Douglas County were in Victoria.

Looking back, it’s probably amazing that all the people who lived on the lake didn’t mind (or weren’t aware) that we kids fished off their docks.  We would move from one to the other, looking for the daily hot spots.  2 & 3-pound bass ruled the day for plug casters.  We also built a tree house (without the necessary county permits) on the Geneva side of the Victoria-Geneva channel.  We would wade-fish in the clear water, sandy bottom east side of the channel.  You could see the bass hit the plugs.  Probably had something to do with wanting to retire back to Alex.

Speaking of Dad (OK, that was back up the page a bit):

[Dad with his secretary, Sandy Butler, at the Department of Agriculture, Washington, D.C.  Sandy once took Dad and me to see a friend of hers sing “in the backyard” of a small Georgetown bookstore.  Sandy predicted her friend would be a big star some day.  Her friend was Roberta Flack.  This was the mid-60’s.  But I digress . . .]

Dad loved to fish but never had the time to do it much.  We never owned a boat.  But maybe once a summer,  he would rent a boat from Broken Arrow Resort and take the four kids fishing.  Bless his heart!  Ha!  When we found a spot, he would use about a 12-pound sucker minnow for bait, thus using a bobber that would have floated the Titanic.  He would cast it out as far from the boat as he could.  Remember the game warden’s claim of Victoria’s big Northerns?  Then he would proceed to bait up the kids.  Since we were constantly catching sunnies, he was constantly unhooking fish and rebaiting hooks – with an occasional glance at the humongous bobber.  All this with a cigarette hanging out of the corner of his mouth.

If that ginormous bobber ever started to move, all other activity on the boat ceased!  Dad gave us all the hush, told us to get our lines out of the water, and stood up in the boat with a steely stare at his bobber.  When the bobber went under, Dad would give a tremendous jerk to set the hook, occasionally lifting large appliances off the lake bottom.  I will always remember his setting “setting-the-hook” procedures – I just have no recollections of his ever actually catching the “big one.”  But it was family bonding.  I guess, to me now, that is the number one purpose for fishing. 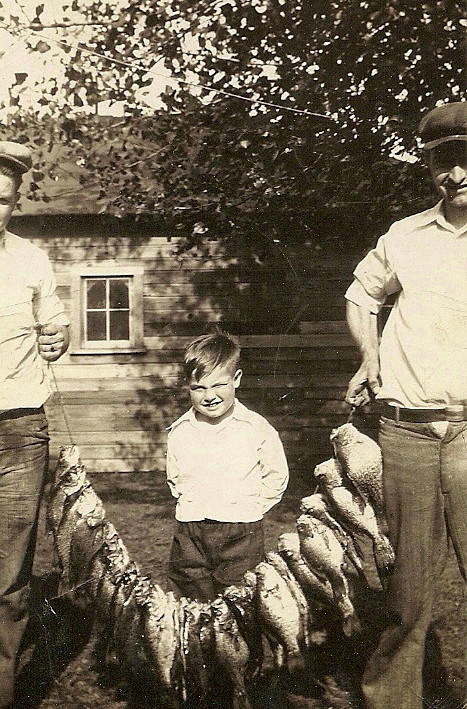 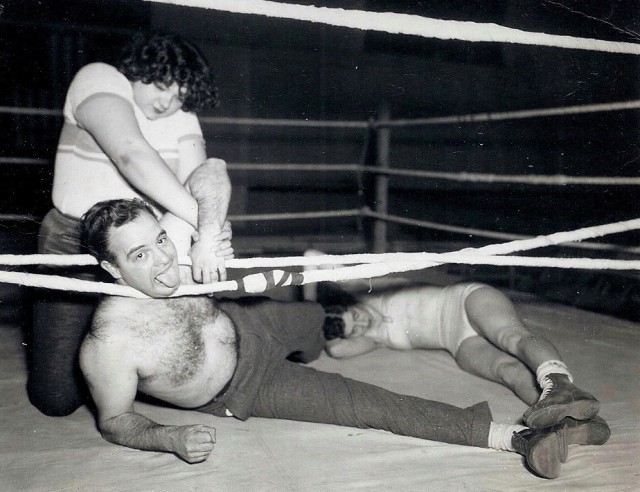 [Dad’s wrestling career was short-lived.  OK, it’s not fishing, but I didn’t know where else to stick them?]

Then I grew up (at least physically) and moved away from home.  All my fishing during my allegedly adult life took place at the ocean.  Semi-annual trips to North Carolina’s Outer Banks for surf fishing.  And it probably ruined forever my desire for freshwater fishing.  Though it never happened, the possibility of catching something really huge, even from shore, fueled those trips.

[Me and my biggest bluefish.] 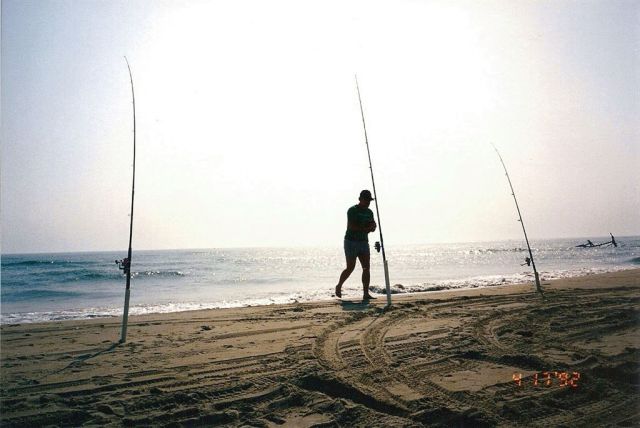 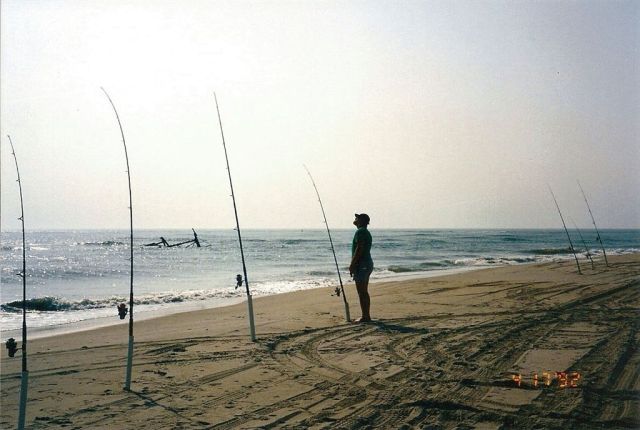 [Friend Alex (above) probably gave us our biggest thrill over all those years fishing here.  Surf fishing rods are 9 – 12′ in length, they have huge reels with hundreds of yards of line, you bait the hooks with cut fish, put 4 – 6 ounces of lead sinker on, wade into the water, and cast out as far as you can.  Then you walk back up the beach, place the rod in a sand spike, sit in a lawn chair, get a beer from the cooler, and relax and hope nothing bothers you.  But one time Alex got something.  He stood and attempted to reel it in.  Nothing doing.  Now Alex is a big, strong guy, but he could do nothing against whatever was on the other end of the line.  It was like the sound you on sport fishing boats when a big tuna or marlin starts running out the line.  Alex’s “fish” just kept going out – beads of sweat were breaking out on his forehead – but the line just kept going out . . . going and going until there was no more . . . then PING, all gone.  The consensus among the attentive audience was that he had either hooked a large shark . . . or a submarine!]

The following have nothing to do with fishing – but they are outdoors.  The dunes are southeast side of Lake Michigan.  And this was actually a field trip by my University of Minnesota urban geography class, c. 1973.  The other is self-explanatory. 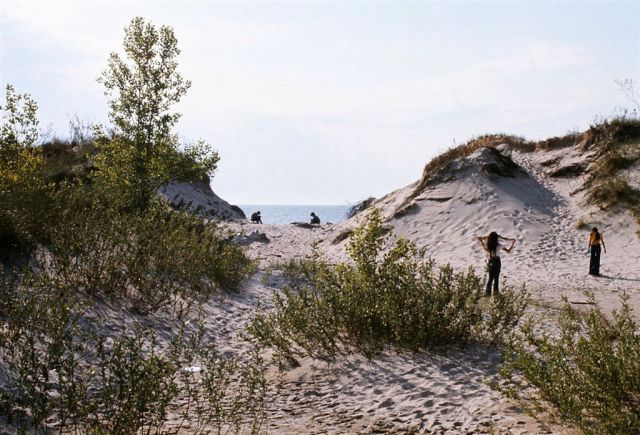 [A bucket list item is to go to Tower some day when the temperature is that cold.] 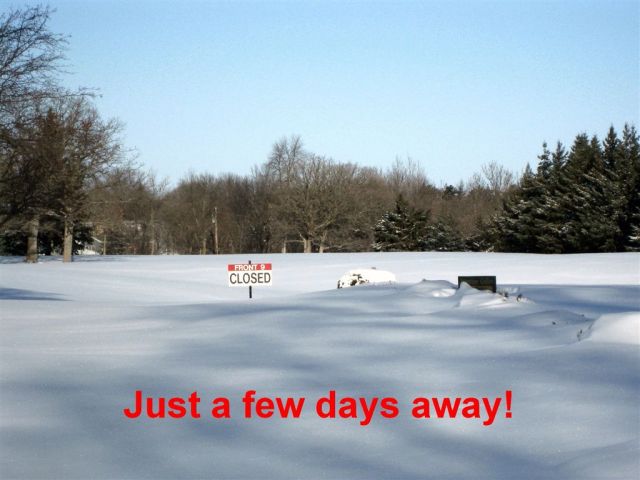 [OK, not really golf – more like golf’s odds & ends, and mostly odds!  Some of my favorites over the centuries.]

[Warren Gibson – still my hero.  Was delighted that he deigned to play with the old guys again last week!  🙂 ] 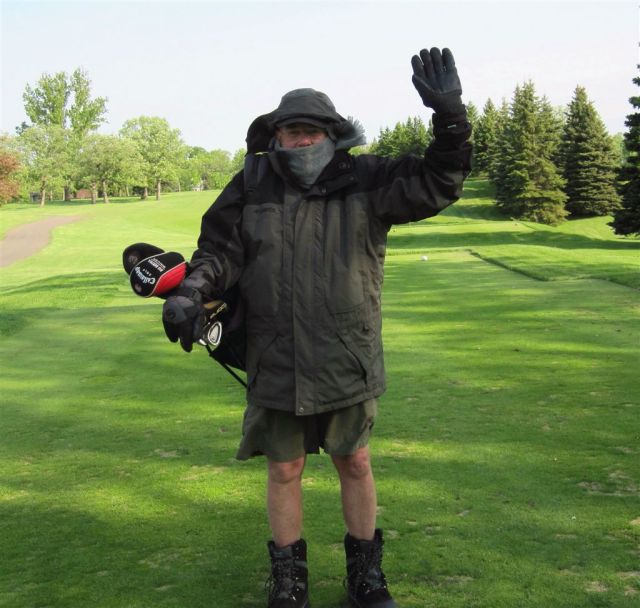 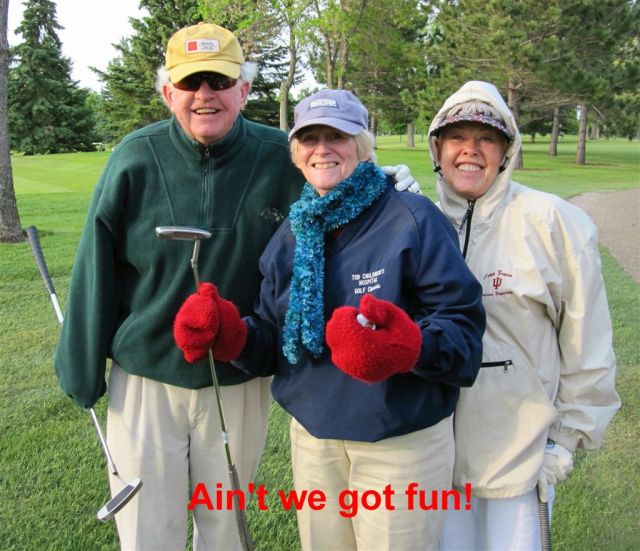 [The supervisor with Crazy Dave and Mary Owen, June 5, 2009.  Are you starting to notice a pattern here?] 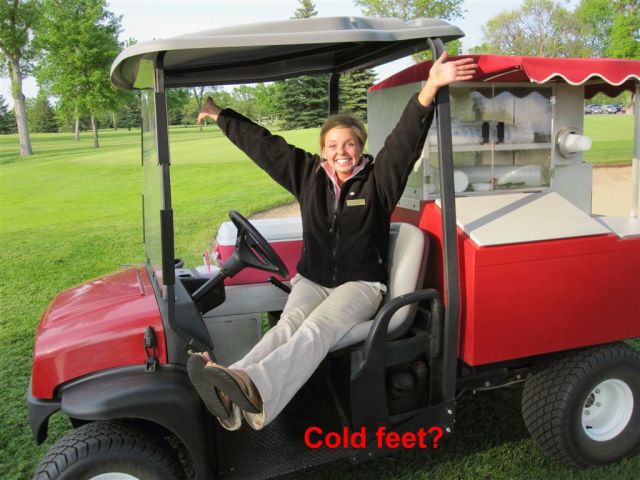 [Steph Sahli, that same day.  One of the first things we noticed when we moved back here 11 years ago is that high school girls go barefoot year round!]

[Despite the club ban on “Buckeye” caps!]

[Maggie Leland, last August, displaying a swing the senior guys seem to think they may have had at one time?]

[From the “3 Gals and a Guy” tournament in 2008 (this year’s was rained out, today!).  I began the day with a brand new black shirt.  By the time we reached the 7th hole, it was coming apart like a cheap . . .  golf shirt?  I was playing with my usual group of Mary Owen, Ruth McElwain, and Beryl Waldeland.  I accused them of “undressing” me with their eyes!  Anyway, Mary and Crazy Dave just live a wedge shot from the 7th tee, so we called Dave to bring a shirt before I got arrested for exposure.  The manufacturer (I forgot) ultimately replaced the shirt.] 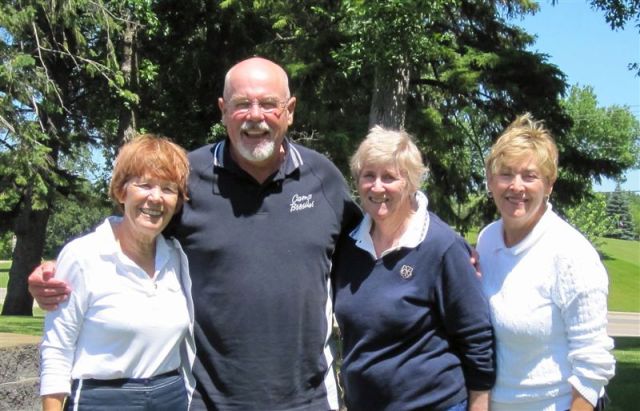 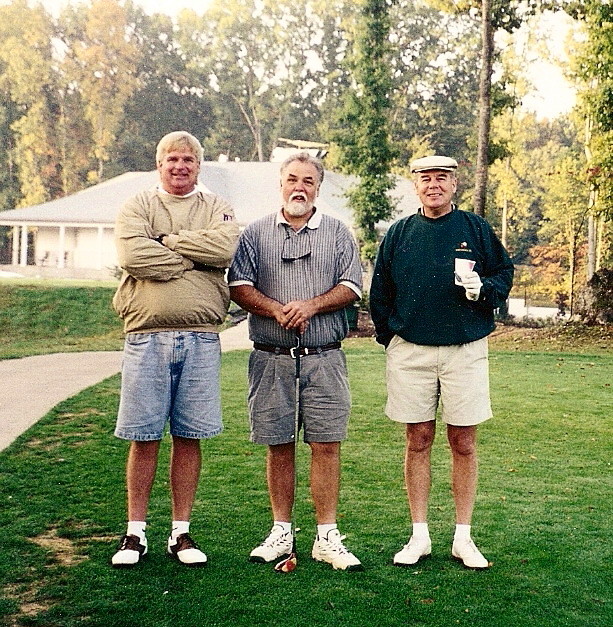 [The brothers Obert, the one and only time we golfed together.  It seems one of us has always lived at least a 2-day drive away from the others – and Chris (middle – Cam, left) never golfed much.  This is a course in the state of Virginia whose name I’ve forgotten.] 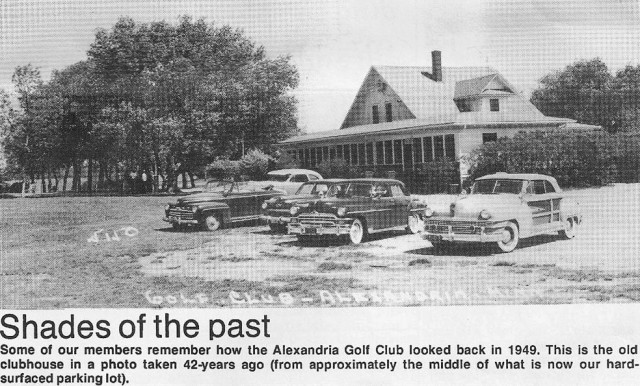 [Sam Joy, June 9th, last year.  Sam seldom plays without a down vest anyway – on this day, he thought it appropriate to have a snow shovel at hand!  :-0 ]

[I think that’s Warren on the right?]

It appears I should move on to Ballgame V.