Just what we needed as a pick-me-up!  🙂  This team had a 70-something and 14 record and a state tournament appearance over the last three years!  The supervisor and I had had a week reminding us we are in the doldrums of our lives.  OK, maybe not as bad as all that, but . . .  I was scheduled to play in the Cap Paciotti Memorial Alexandria Cardinal Athletic Foundation Golf Tournament yesterday – but I couldn’t because the tournament name wouldn’t fit on my cap!  😉  I pulled a muscle in my right cheek, the lower one, golfing on Tuesday.  I’m on the injured reserve for as long as it takes it to heal.  When I drove home that day, I found the supervisor dead-heading her flower beds.  It was her last resort.  The lawn mower had crapped out (again), the Tupperware tool shed (put Tab A in Slot B) had totally come apart again (and it takes about 6 sets of hands to reassemble it), the weed whacker decided not work, the timer knob has broken off the dryer, and the kitchen sink developed the dreaded “occasional” (?) leak.  We were fit to be tied as we’ve pretty much decided we have reached that stage in life (“the doldrums”) where a big house on an acre lake lot is just taking too much time and effort to maintain.  It severely restricts our ability to just have fun!!  The supervisor has decided we should take a pontoon ride this morning on Fathers’ Day – it will be our first time out this year (I think it was put in at the end of April), something to do with 76 steps just to get down there.

[You may have noticed this sign at basketball games this year.]

[I forgot I was going to tell Ms. Wood and her folks the Don Shelby story – but then I’m not surprised that I did (forgetfulness is now a full-time avocation (see “doldrums”)).  You may have heard it anyway.  Shelby had a stroke – 4 -5 years ago (?) – and the medical community was concerned that the stroke would leave him paralyzed on one side and with an inability to speak.  But neither happened.  In attempting to diagnose this “miracle” a doctor asked him if he had ever been a basketball player.  When Shelby replied he had, the doctor asked him what position he played.  Shelby replied, “Point guard.”  The doctor said, “Aha!”  (Shelby played high school basketball for a small town in Indiana, and continues to play to this day.  He chronicled all this in his book The Season Never Ends.  I am Shelby’s age so the stories had a real familiarity – all except the part about being a star basketball player.)  The doctor said a point guard develops many alternative brain connections as a result of continually having to keep track off 10 moving players on a basketball court.  So, Cara, here’s to your continued good health!  🙂  ]

But the day began with a 3:00 am wake-up call.  We had to drive son-in-law Danny to Minneapolis to catch the 7:00 Megabus to Chicago, where Jami would meet him and they would be off to a local . . . graduation party!

And then since I was restricted by disability, there was no need to rush home for the golf tournament.  So, we stopped at Brother Cam and Karen’s place in Mounds View.  Cam and I have totally different genetic make-ups – he loves yard work (though he is ready to stop loving it as an avocation).  His yard is a thing of beauty and a joy forever.  But now, as a victim of the economy four years ago, he has taken on new employment as a golf course gardener, in line with his pursuit of a landscaping degree.  It was a short visit as they had a 9:00 am appointment for . . . a graduation party! 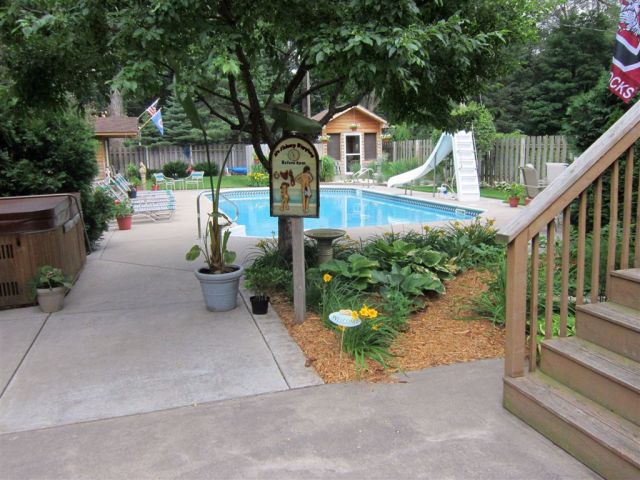 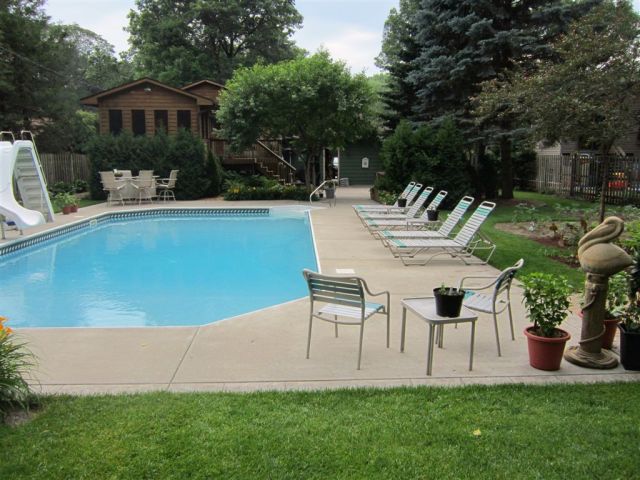 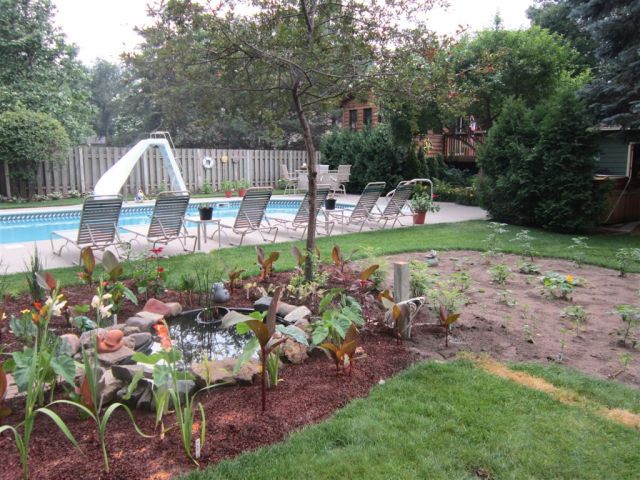 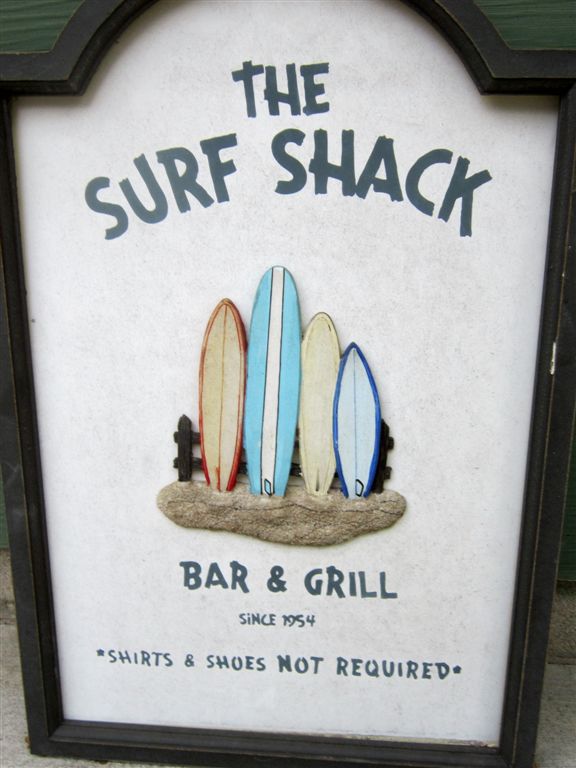 Then home we had to go.  Feeling a tint of guilt for having to abandoned my team (and for later forgetting to bring the ex-president a dessert), I stopped by the golf club to buy the boys a beverage of their choice. 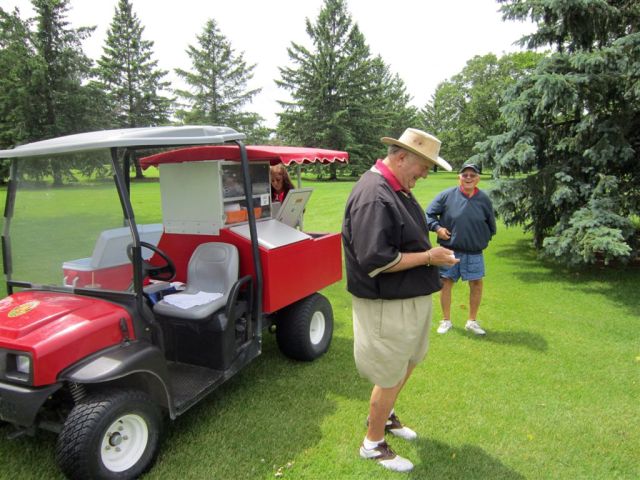 [The ex-president ordered something with gold flakes in it.] 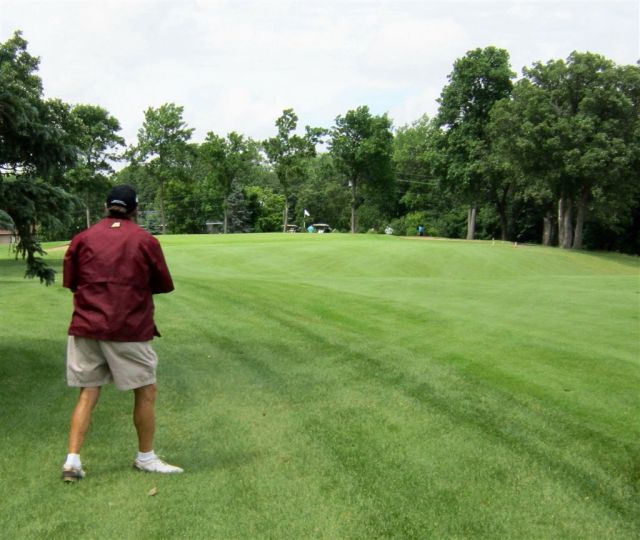 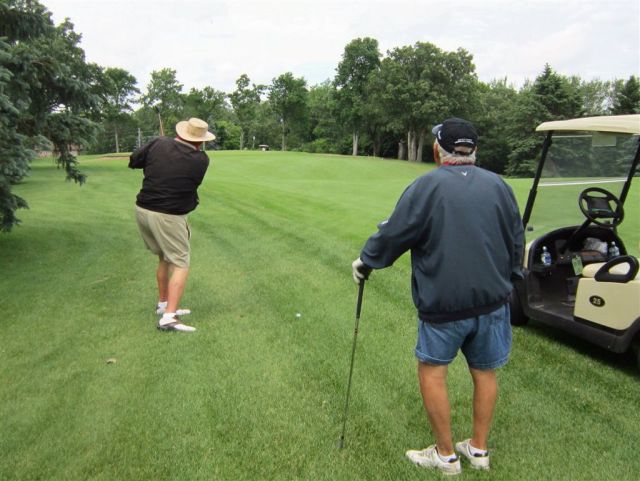 [The ex-prez follows suit cheered on by Dave Dittberner.]

[Maybe it’s just me, but Dave has never looked better!]

Absent an ability to play, the winery seemed an appropriate option.  I went to see Matt Veline, later joined by Julie.  The place was packed, but other than the Veline family, I didn’t see any familiar faces in an hour and half.  Then it was back to the house to get the supervisor and go to the . . . graduation party (top)!  We decided we had to go early and leave early to make it back to the golf club for the golf tournament’s program.  Already sated from the graduation party, we had some small rib portions and dessert.

Before we leave you, the sunrise over beautiful Lake Darling on the 15th.

And some of the handiwork Danny did in putting some “finishing” touches on their UpNorth pole barn.

[Neighbors stopped by to check his progress.] 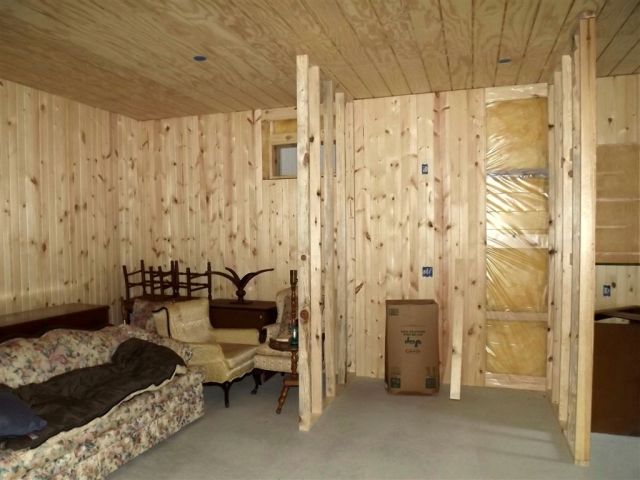 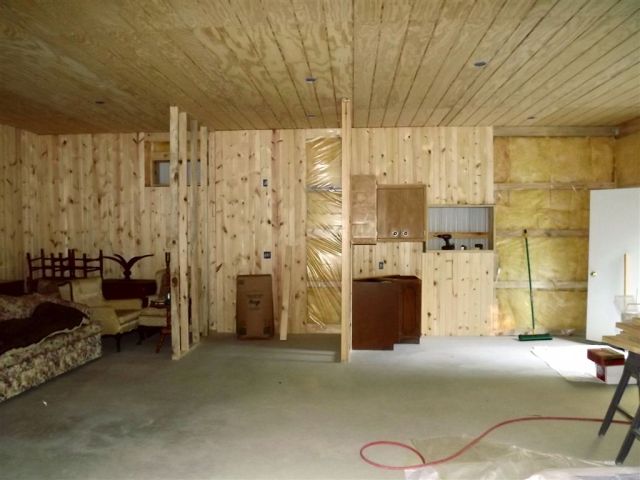 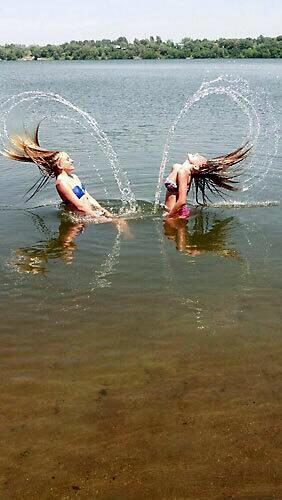