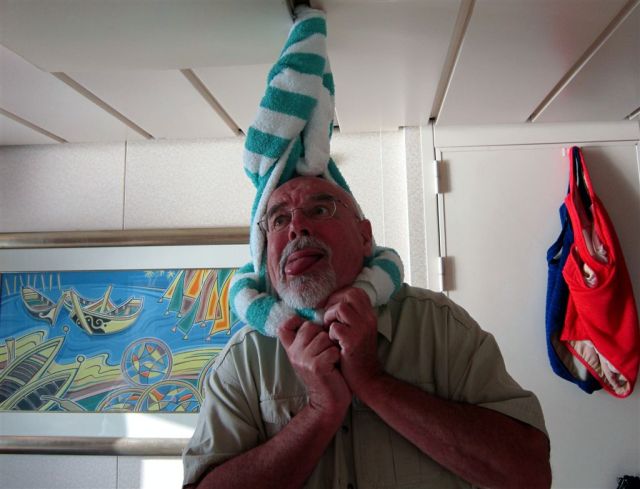 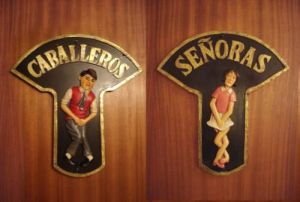 My last day in the lingerie department.  And because it was the last day, we just opted to hang out at the pool – where the scenery could often be delightful.  The Biddies, to their credit, decided it was time for them to try the water slide – which they did with great aplomb.  They each did it once – and decided once was enough.  Something about a lack of real water flow.  Seating was at a premium up top – we couldn’t find lounge chairs so suffered the indignity of sitting upright while we caught rays and read.  Occasionally, a Biddy would wander over to the grill and bring back a plate of goodies.  We watched a hot dog eating contest and wondered how anyone could even think of doing such a thing after a week on a cruise ship that served meals 24/7? 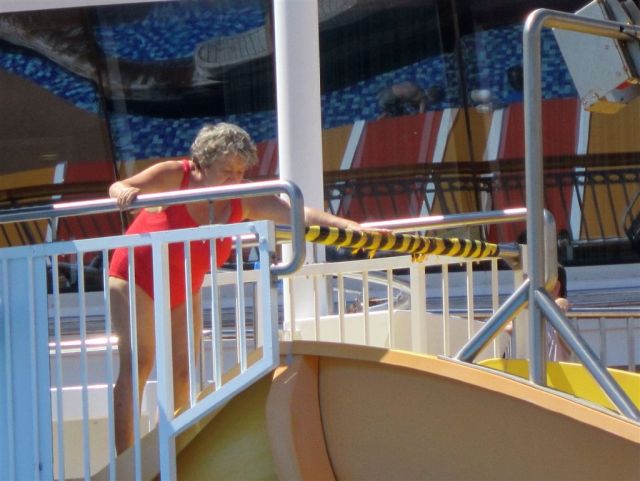 [ . . . and rapidly disappears into the space-time continuum.] 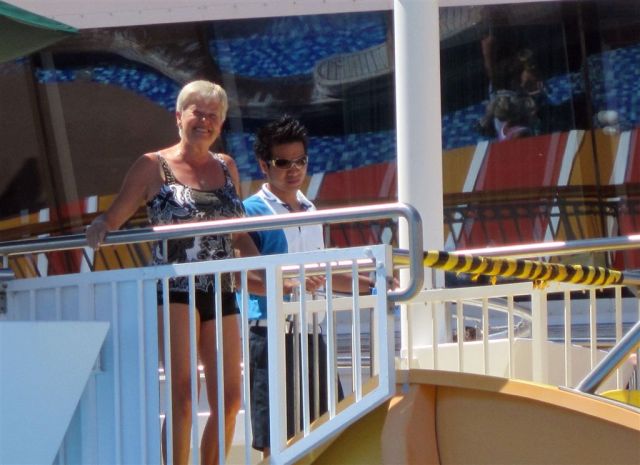 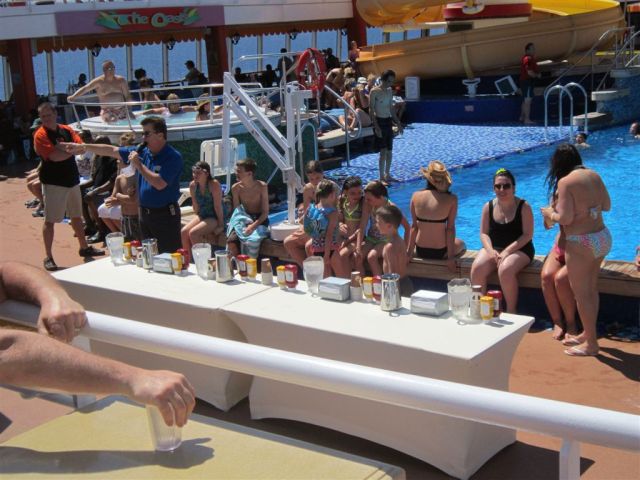 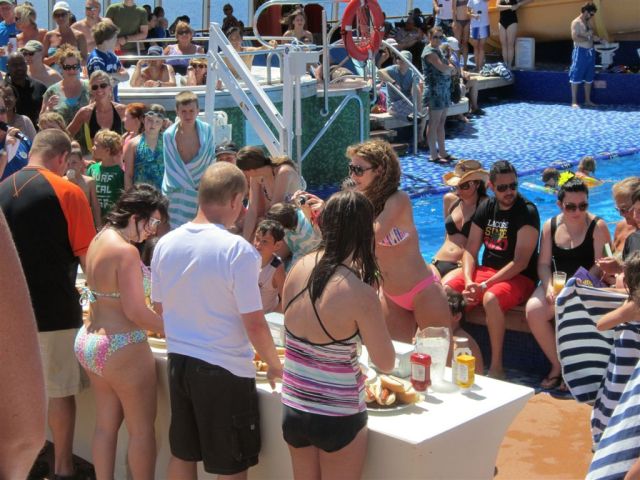 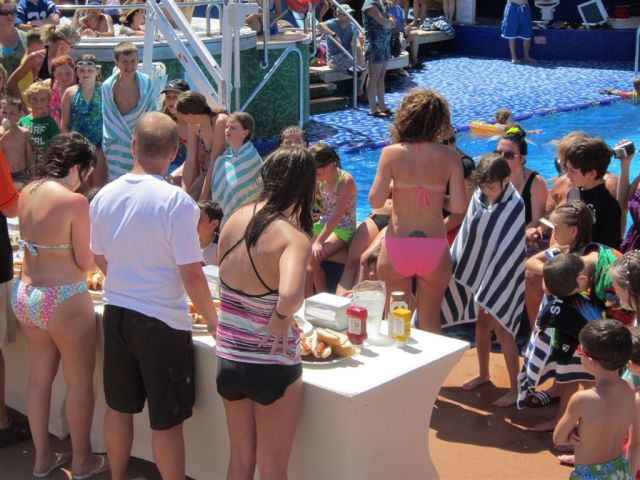 [The hot dog eating contest drew men, women, and children of all ages.  I have no recollection of who won – I couldn’t watch the carnage!] 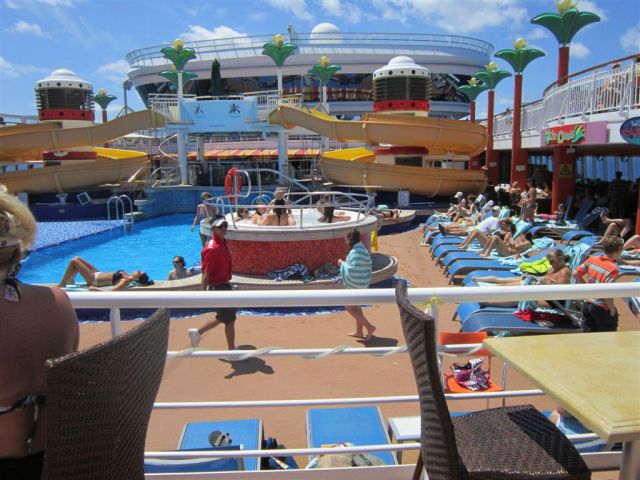 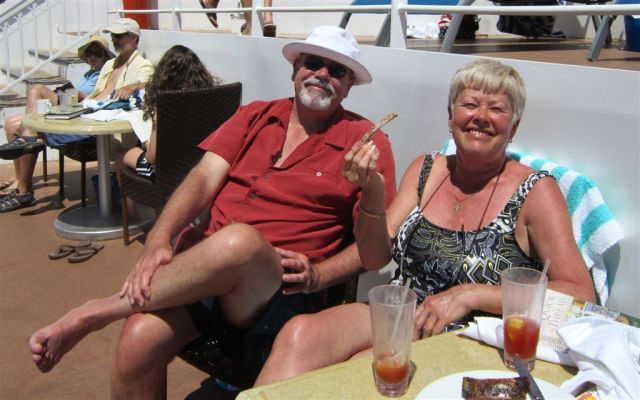 [The supervisor has a bone to pick.] 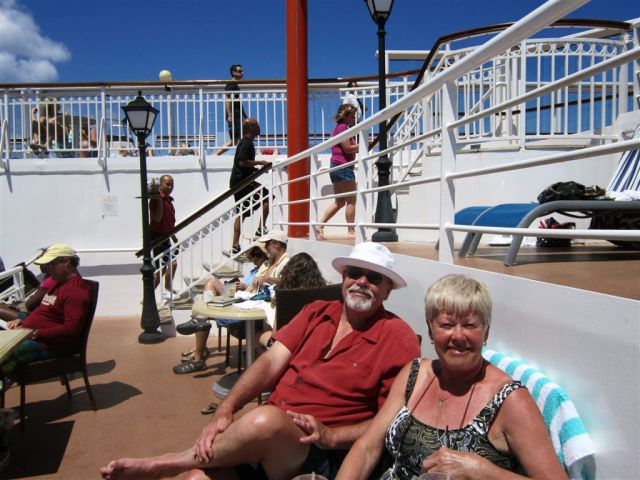 [Have you ever seen a finer hat?  It did yeoman service on the trip.] 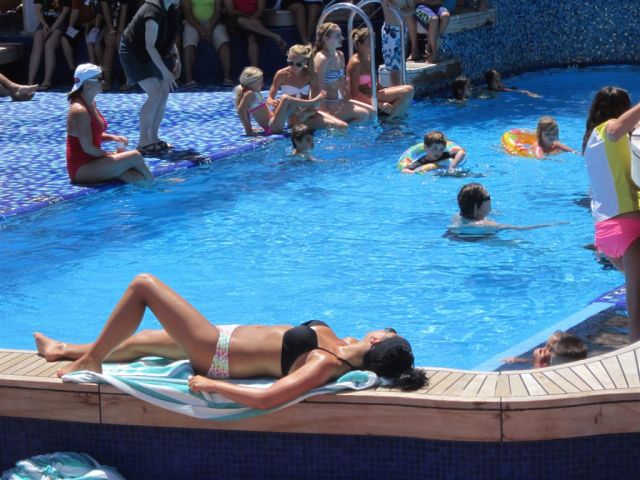 [I have no idea why I took this photo?]

[How many people fit in a hot tub?] 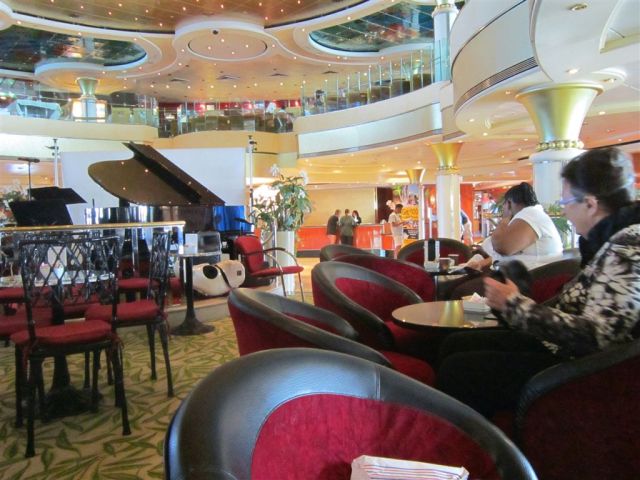 [Back to the Grand Atrium.]

[Where we were – and where we’re going.]

[The Biddies enjoying Happy Hour in the atrium.]

[With apologies, but how could I not get a shot of that tattoo?] 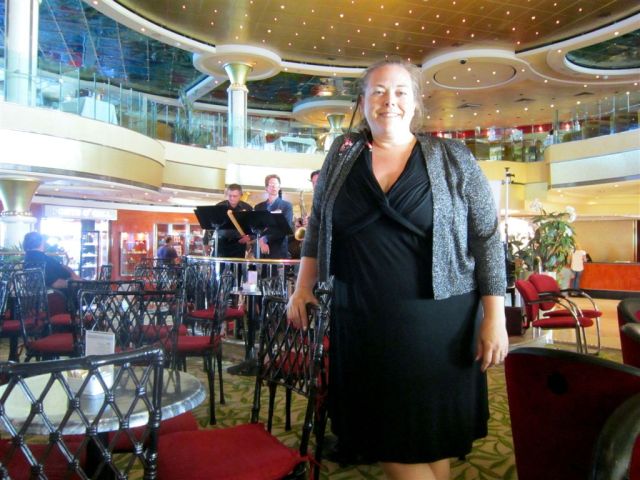 [Jami . . . lookin’ good!  🙂  Even I, though generally tone deaf in such matters, recognize the importance of the little black dress to a lady’s wardrobe. ]

[Last stroll around the ship.]

[And the sun sinks slowly into the Gulf . . . where it is extinguished by trillions of gallons of salt water.] 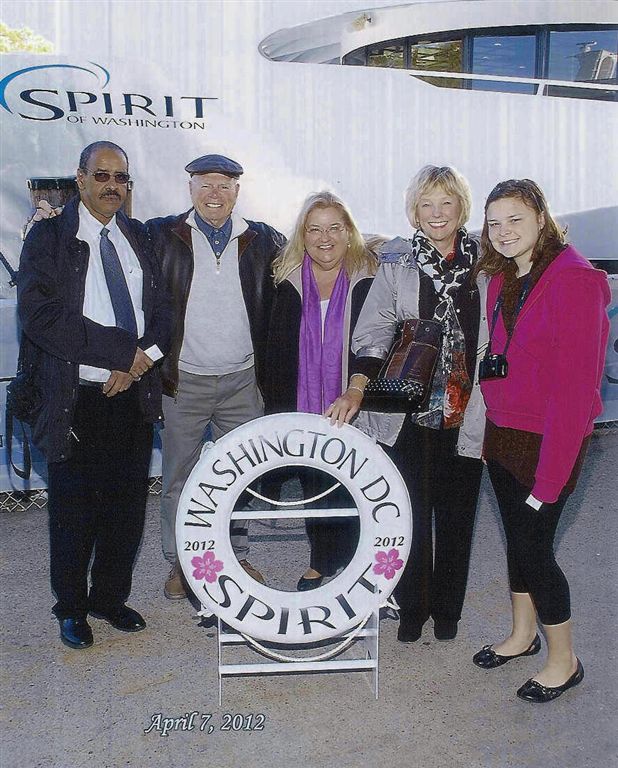 [Unbeknownst to us at the time, on this very same day other members of our family were also cruisin’ – on the Potomac River.  🙂  ]

[Also unbeknownst to me at the time, the supervisor was becoming a cruise junkie.  I’m not so sure.  I don’t have the figure for it.]