OK, we’ve been away for while.  It was time to escape the heat and humidity of Minnesota for the heat and humidity of Florida and the Caribbean.  Yeah, our timing was off by a tad.  (To the best of my knowledge, the length of a “tad” has never been scientifically determined.)  But it was the time of the year in which we Minnesotans usually endure the change of seasons – and the winter sports season is over – so we . . . leave!  [Need to look into getting a Brazilian on those eyebrows! – A sister-in-law (The editor will admit to cultivating the Edward Teller look.)]

And this year was also the last spring break for the grandson before he matriculates to Purdue next year.  So, the cruise was his idea – and grandma and grandpa decided to horn in on the party.  The ultimate group, as pictured above, included Tom’s parents and The Biddies!

I can hear you now – what does the Belgrade Crow have to do with any of this?  Well, initially, for some reason the Crow was one of the few “highlights” in this part of the continent I had yet to capture in pixels.  But also it was on the way to the Cities where our adventure would begin . . . and, as previously noted, the winter sports season had just ended with the boys’ state basketball tournament . . . and Belgrade-Brooten-Elrosa had just been crowned class A state champs, an undefeated season (their only loss last year was in the state championship game) . . . and for some reason a number of subscribers to this site have ties to Brooten and Elrosa.  So, for all of you, the following is the B-B-E high school in Belgrade. 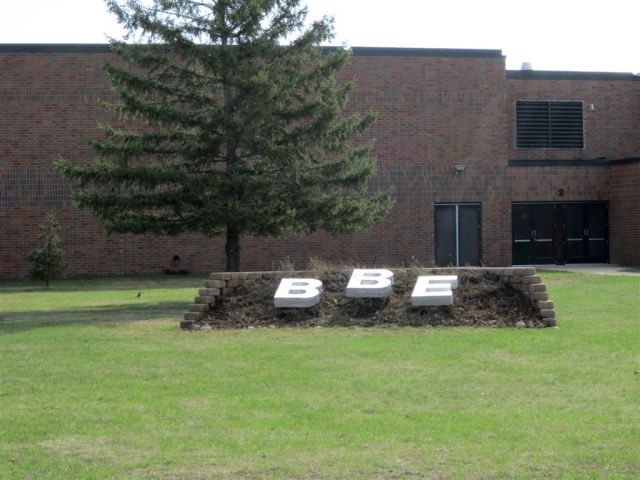 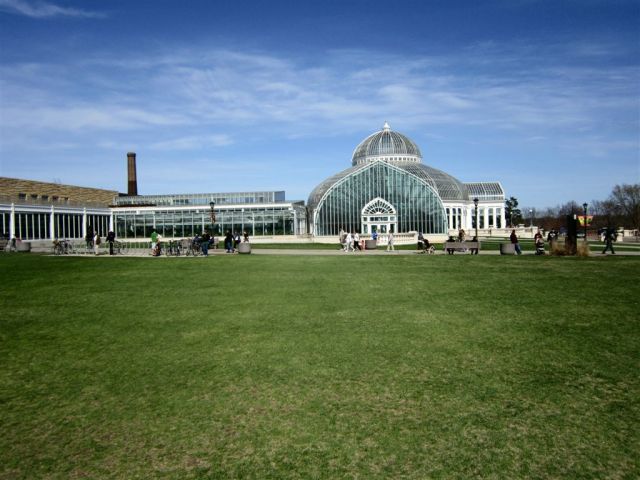 We were joined on this adventure by brother Cam, who is now working on his second college degree – this time majoring in “growing green things.”

[The supervisor said, “Our yard could look like this if you would be the laborer, grounds maintenance guy!”] 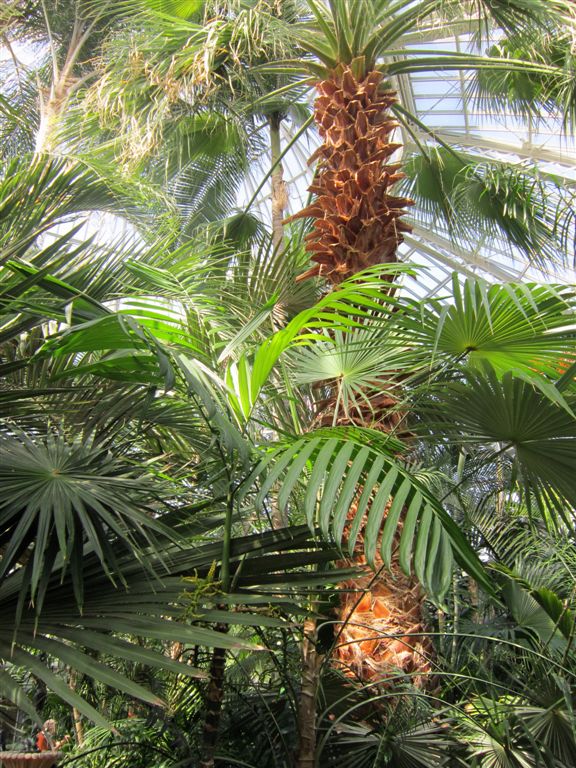 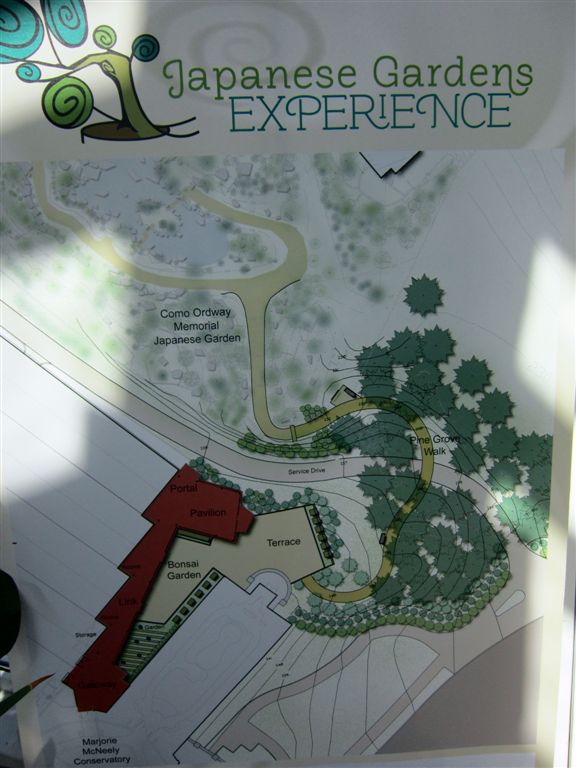 [Cam proved to be a good guide as he knew the common names of almost all the plants (though he will admit the scientific names are a work in progress).  Here he and the supervisor stand in front of the proposed new Japanese gardens, designed by the Cuningham Group.  Cam’s wife, Karen, works for the Cuningham Group.  The Cuningham Group also designed the new Alexandria high school.  There’s that Kevin Bacon thing again!] 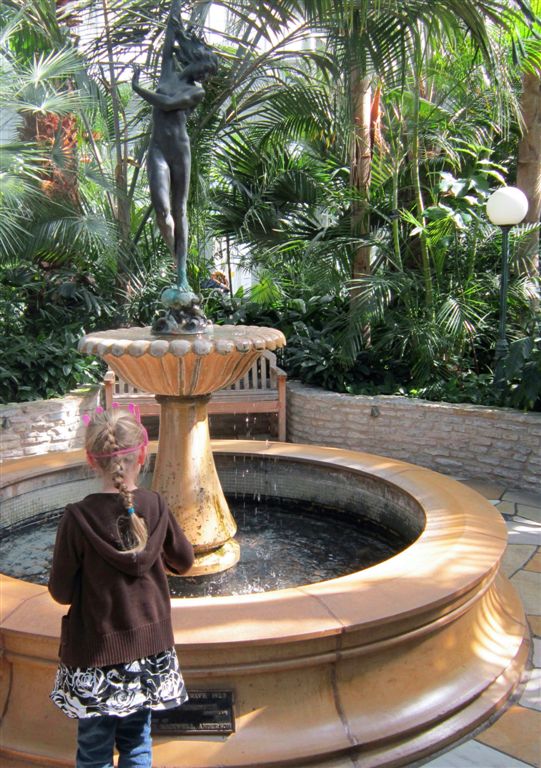 [Through no fault of his/her own, his/her species name has negative connotations when used to describe homo sapiens sapiens.]

Then it was on to the annual flower show at Macy’s, initially established way back when by Dayton’s. 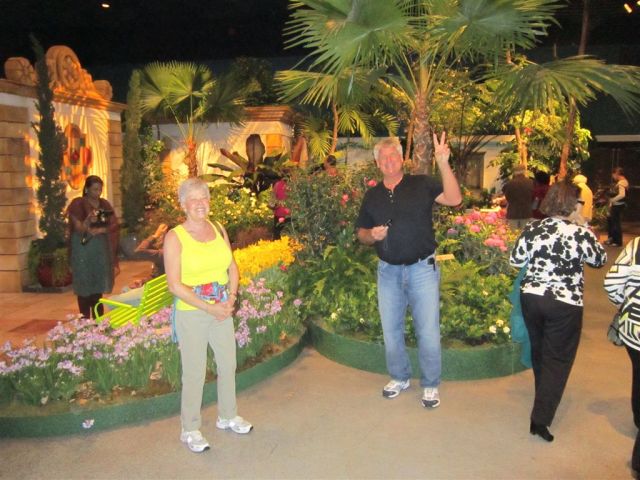 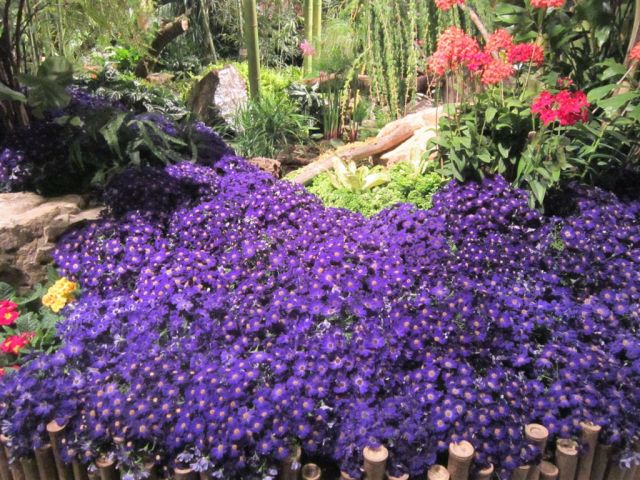 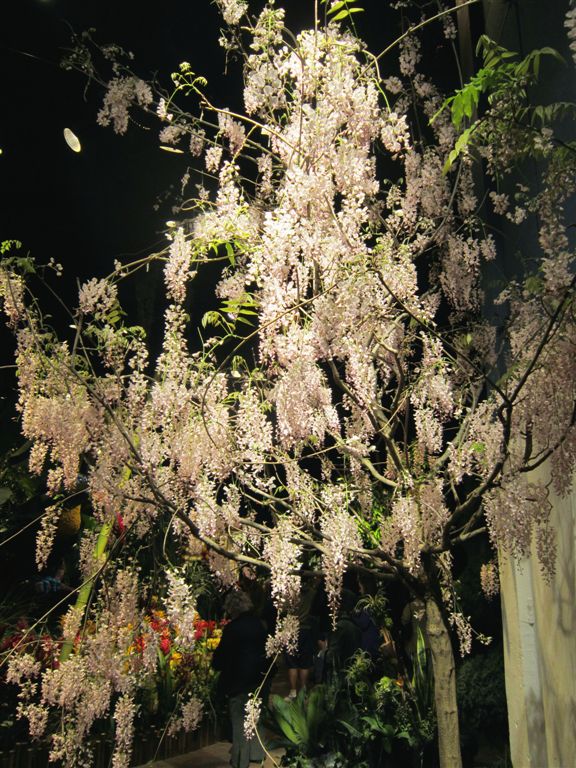 [We then left “Wisteria Lane” (she watches, not me) and went outside for a visit with MTM.] 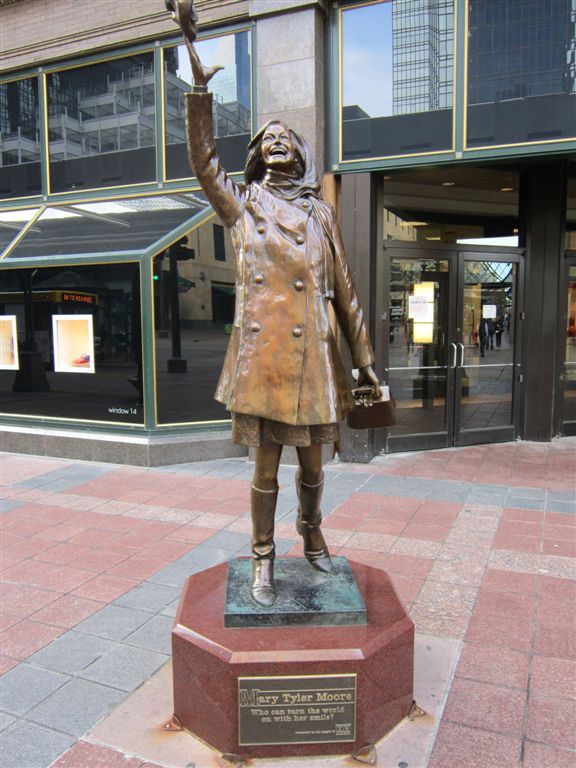 OK, I hear you.  I thought this was going to be about a cruise, and you haven’t even left Minnesota yet?  But every journey begins with just a single step.  The supervisor and I then motored to our overnight accommodations where we had our usual travel difficulties.  We made motel reservations close to the airport for our early morning flight – and were told at the time of those reservations we could leave our car there free of charge.  Of course, when we checked in we were told there is a $105/week charge for leaving the car!  After a sleepless night, the supervisor resolved the issue in our favor the following morning.  The car was still there upon our return, but that’s a story for the end of our saga . . .

[Please stay tuned for the continuing cruisin’ adventures of grandma and grandpa.]