Take Me Out to the Ballgame III 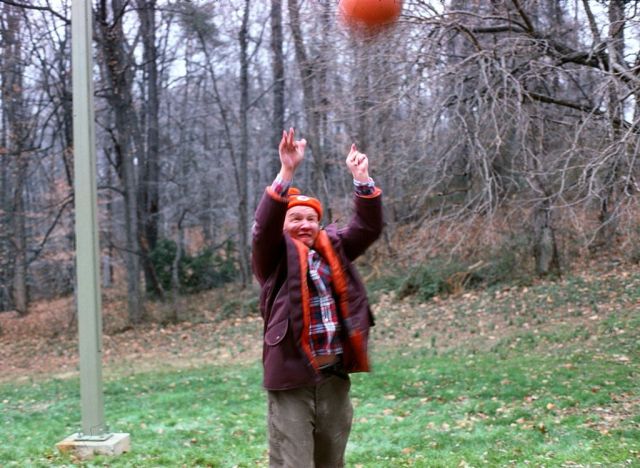 [Edgerton, the “Hoosiers” of Minnesota, small town state champions, 1960.  Photo from the Strib.] 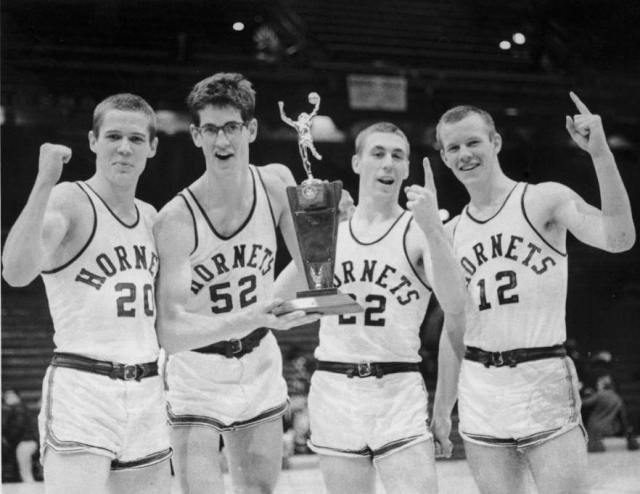 [Edina, two-time state champs in the mid-60’s led by the bespectacled 6’7″ Bob Zender.  Photo from the Strib.]

[I was neither tall nor fast, but I made up for it by being weak.  And smart?  We were class B intramural champs at the U of M in 1966 because I had to foresight to play with two guys who would ultimately be the starting defensive tackles for the Gophers.  Jim Pahula from Buhl, on the left, and Jim Wrobel, from Browerville, next to him.  I believe both those metropolises made the state basketball tournament this year.]

[Williams Arena, U of M, on the left; Mariucci Arena (hockey), on the right.]

[Hinkle Fieldhouse, Butler University, Indianapolis.  Where the Indiana state tournament used to be held, and where “Hoosiers” took place.]

[“The Drum,” University of Texas, Austin.] 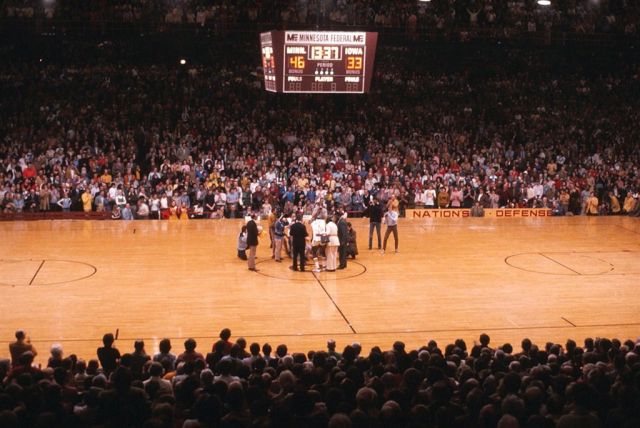 [The Gophers v. Indiana, Williams Arena, 1973, the Bill Musselman years, Basketball Dan (ever the basketball purist) could not abide by the Gophers’ Globetrotter-like pre-game warm-ups.  That’s three hyphenated words in a row – perhaps a personal-record?]

[First ever basketball road trip.  B’ball Dan coerced me into going to a college doubleheader at Chicago Stadium, 1973.  The first game was Notre Dame v. Indiana.]

[The 2nd game was UCLA v. someone.  That is indeed Bill Walton jumping center for the Bruins.]

[And since we’re in Chicago – B’ball Dan in the John Hancock Building observation deck.] 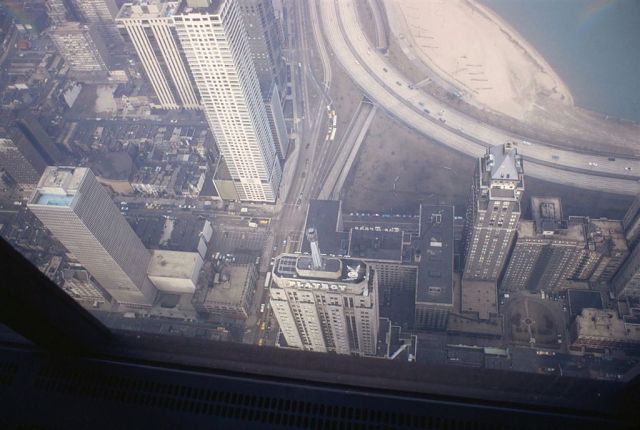 [Where you can look down upon another famous Chicago landmark.]

[And this was so long ago, the Sears Tower, or whatever it is called now, was still under construction.] 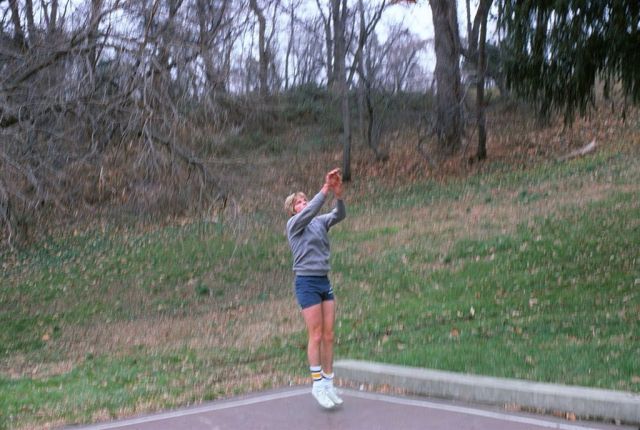 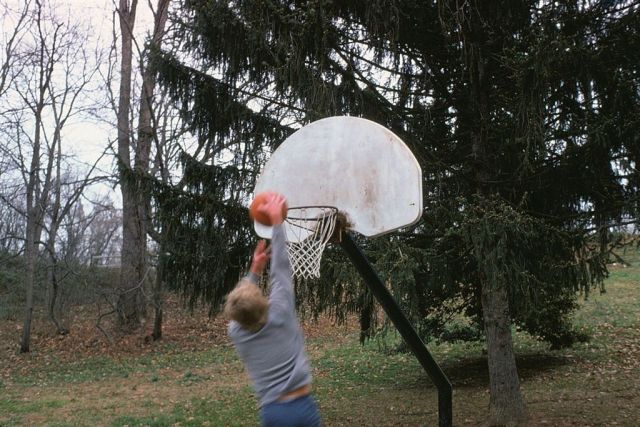 [Brother Cam at the aforementioned Donaldson Run Park, 1975.  At 6’3″, he could dunk before the take-off load reached critical mass.] 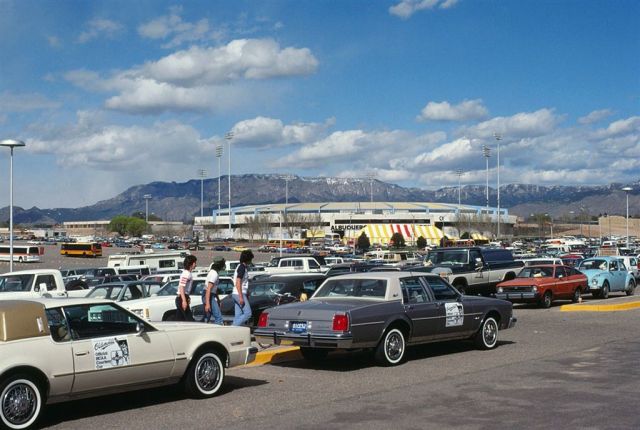 [This was the year NC State upset Houston for the championship.  Jim Valvano ran around the floor looking for someone to hug.  And in at least one of these photos, Akeem “The Dream” is jumping center.] 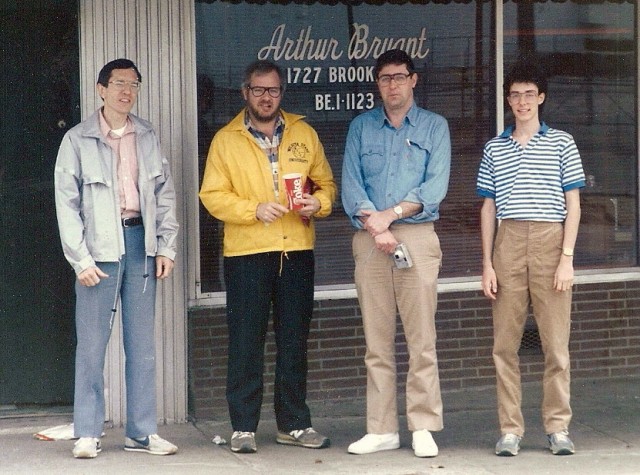 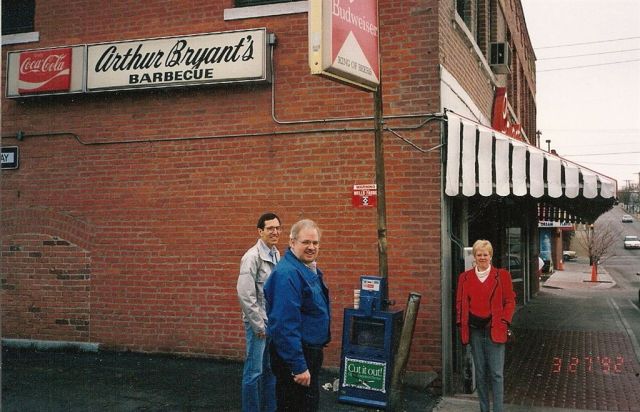 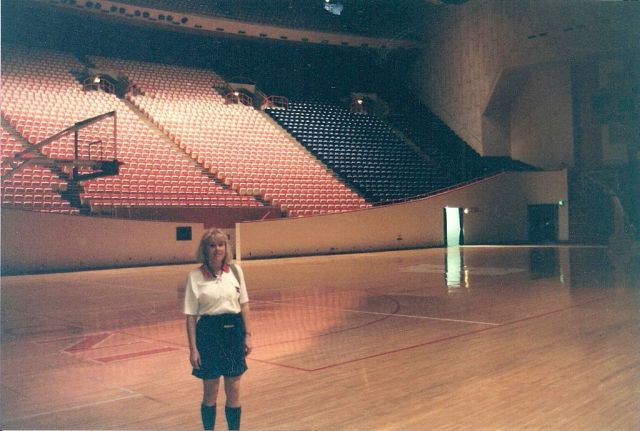 [Ruthie at her alma matter, IU, in ’91.  In the mid-60’s, Ruthie never missed a game in her four years on campus, wildly cheering for Bobby Knight teams.] 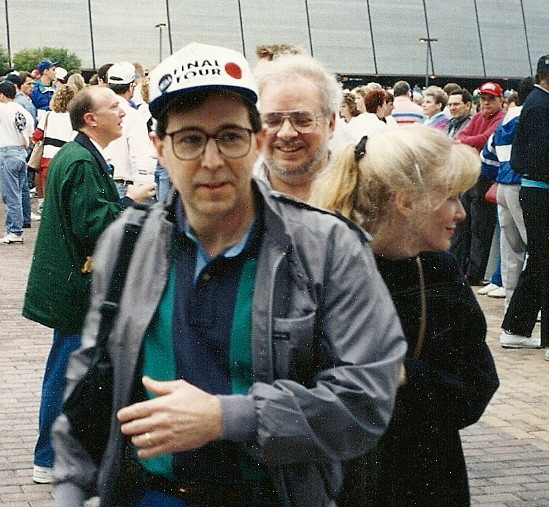 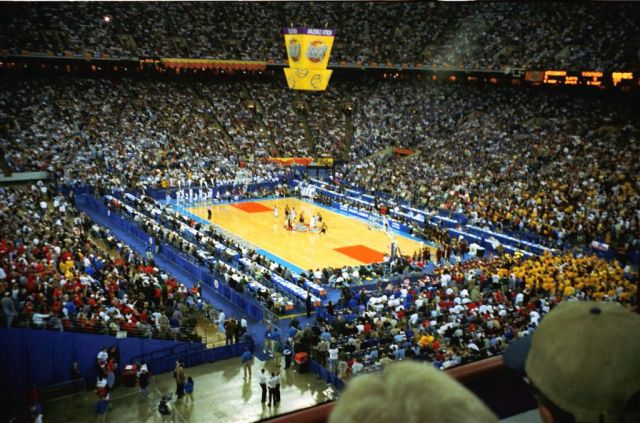 [And again in ’97, when our Gophers made the Final 4.  That was a mad dash at the last instant.  We weren’t going to go to the Final 4 that year – because we were going to Europe the next week.  The Gophers made our appearance mandatory – we were able buy tickets on the street from some Kentucky fans.]

We’ll end in Indy in ’10.  Because by consensus of us, and the media who cover it, Indianapolis is the best venue for the Final 4.  Everything is right there!  And besides, it’s home for the supervisor. 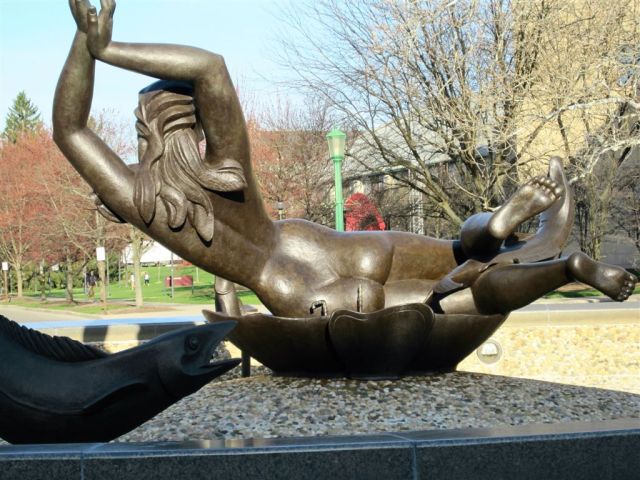 [Showalter Fountain on the campus of IU, Bloomington.] 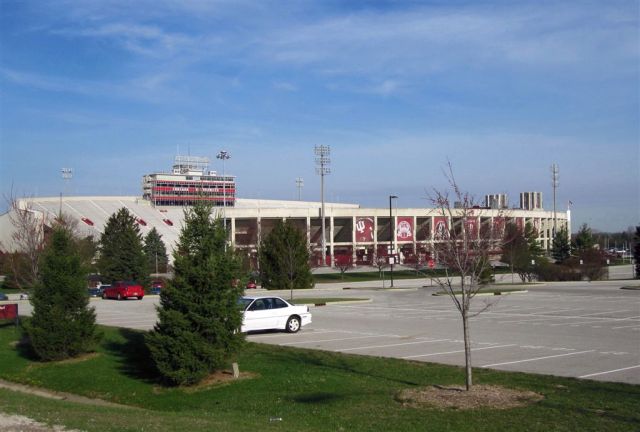 [Lucas Oil Stadium in Indianapolis, home of the Colts and the ’10 Final 4.]

[The supervisor gets so excited by the event!]

[Why we don’t actually go to the games anymore.  You can see it better on TV!]

[The hometown team was there.] 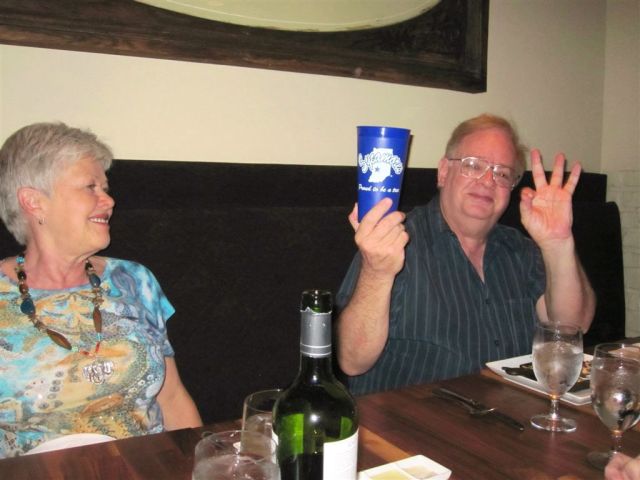 [We got Dan a Sycamore cup from Indiana State, making almost complete his collection of such and media guides from all D-1 schools.]

[And sightseeing – the Indianapolis Museum of Art.] 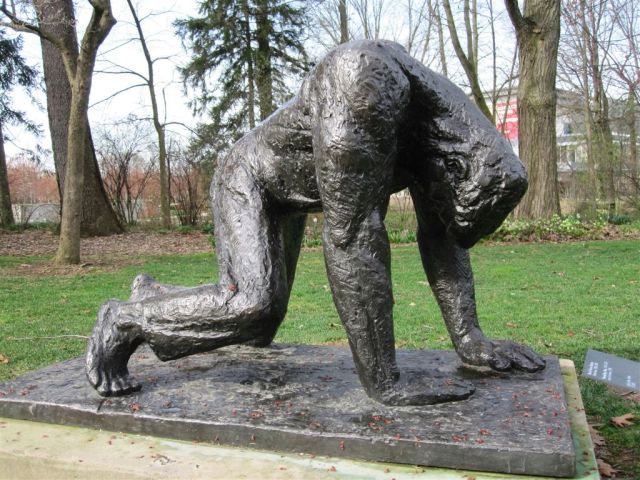 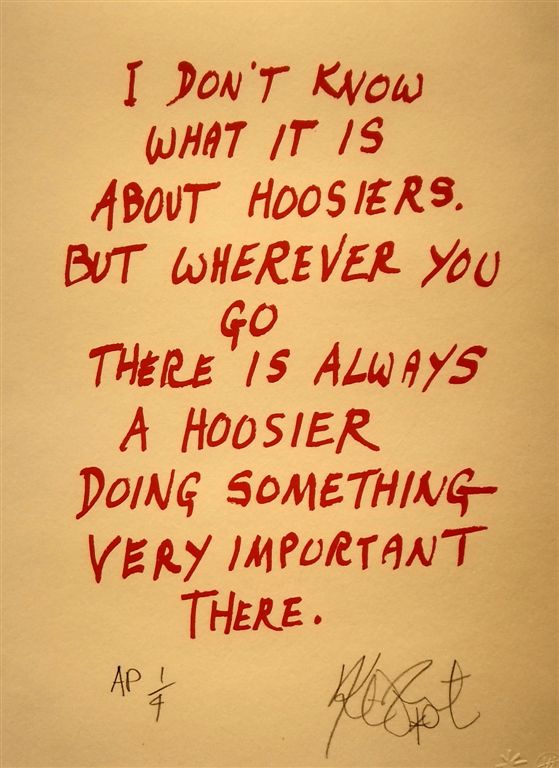 [And the home of Kurt Vonnegut.]