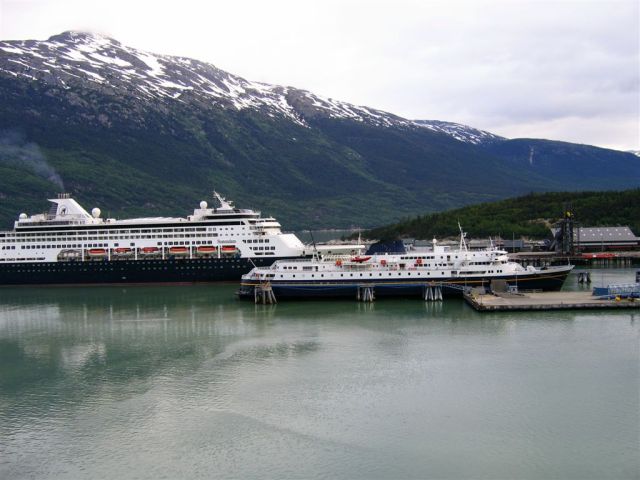 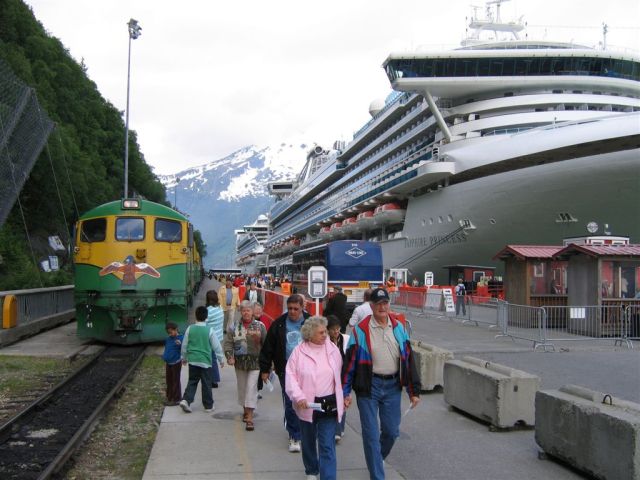 The first thing one does in Skagway is to get off your boat . . .

and get on the White Pass and Yukon Route train out of town.  The town fathers don’t want all these tourists – notice all the other big cruise ships in port – hanging around, clogging up their streets.  So, away we went – destination White Pass Summit, at 2,865 feet of elevation above Skagway, on the Canadian border.  Here’s the train ride: 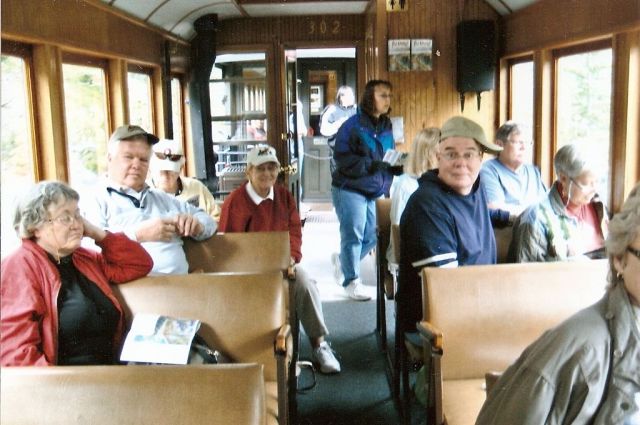 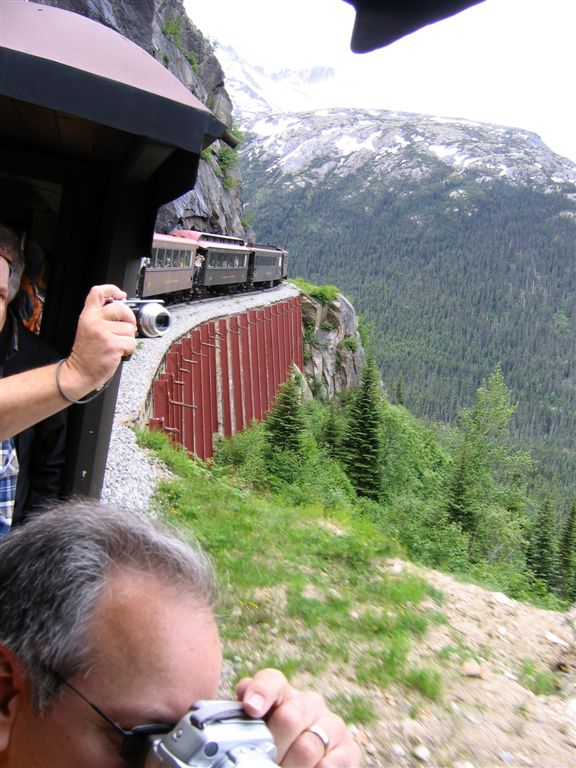 [Early settlers to the area climbed this treacherous route, carrying provisions purchased in Skagway, because they heard White Pass had really good theater.] 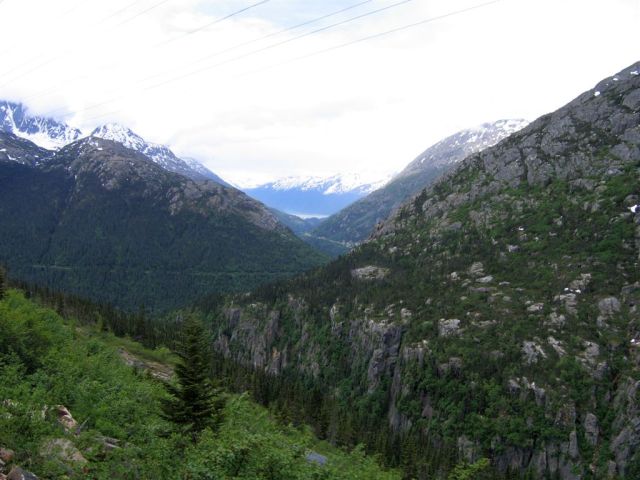 [There’s Skagway, and the ocean, far below us now.]

[Not a trip for the faint of heart – which would, incidentally, include me!] 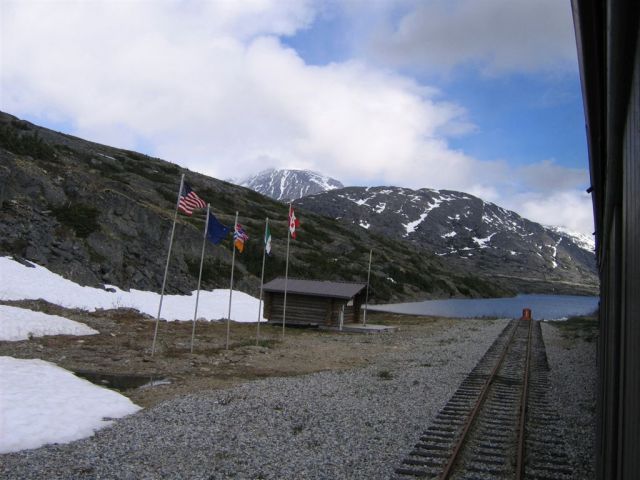 [There’s Canada.  Pretty nice trip, eh?  A stirring version of “O Canada” was sung by all.  Then we tried to figure out how we were going to get back down.]

[Ray braves the elements for a photo op.]

[Almost back to town, this is Gold Rush Cemetery.  A local legend with a strange sounding name is in there – I’ve since forgotten?] 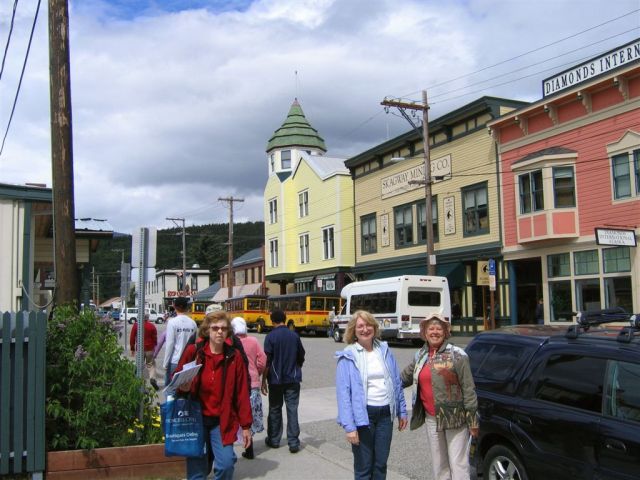 [Time to peruse beautiful downtown Skagway.  For some, that meant shopping . . .]

[For others, that meant seeking a house of libations.] 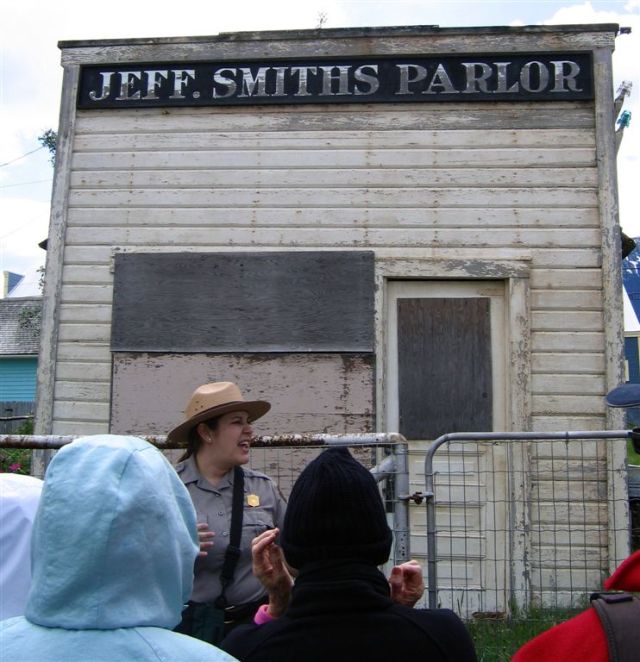 [Maybe it was Jeff Smith (strange sounding name?) buried in the cemetery?  More likely a competitor?  Oh yeah, his nickname was “Soapy.”  Maybe he was the settler who bathed?]

[At last!  The Skagway Brewing Co.]

[Later, back aboard ship, modeling a new shirt from the above establishment! 🙂 ]

[Our final contribution to the local economy.]