[This was June 18, 2008.  “The cruisers” had just arrived in Fairbanks.  As a geography major, I was delighted to know that I was only 160 miles from the Arctic Circle.  (It was rumored at the time that several members of the party were here in their new capacity in the witness protection program.  I have, as yet, been unable to confirm this.)  From here, it would be south all the way.]

It’s late January.  The supervisor has been moaning about our lack of winter.  We’re having late March here now – icky (a technical weather term), foggy, humid, slushy, dirty, or why we try to leave here in March.  We yearn for the days of 10 degree temperatures, sunshine, and a white snow cover!  I’ve been moaning about of lack of games to cover – our girls’ basketball and hockey teams are on extended road trips.  In the absence of anything better to do, I bring you Alaska.

Actually there has been some mention of this before.  I had sent the pictures out at the time, of course, but I’m surprised how little I wrote in the e-mails about what we were doing.  So, I’m just going to have to make a lot of stuff up – in other words, lie.  Fortunately, the supervisor “scrapped” the entire adventure . . . an in house Google.

The supervisor’s plan of attack was that on June 15 we would take the train from St. Cloud to Seattle, and then fly from Seattle to Fairbanks to join the cruise party.  Amtrak was three hours late arriving in St. Cloud (it happens) – so by the time we arrived in Fargo, the sun was up! 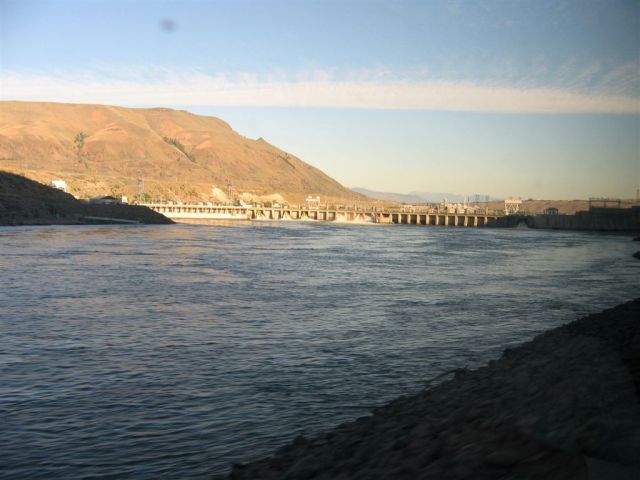 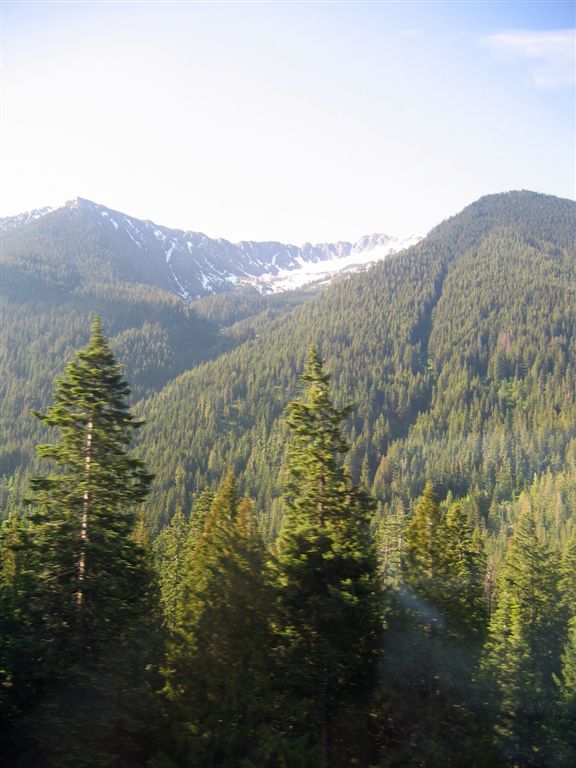 [We crossed the northern plains, discovered water again in western Montana, and eventually the Cascades.]

On the 17th, we flew Alaska Air from Seattle to Fairbanks.  On the 18th, we headquartered out of Fairbanks Princess Lodge and began our walking tours of the city.

[Ruthie and Beryl immediately get into trouble in the lodge lobby while Crazy Dave keeps an eye out for the local constabulary – i.e., Dudley Do-Right and the RCMP!  (OK, they have jurisdiction by treaty because Alaska is just barely within ham radio distance of the lower 48.)]

[The supervisor performs her civic duty.]

[We think this was in homage to the supervisor and her snow shoveling abilities!] 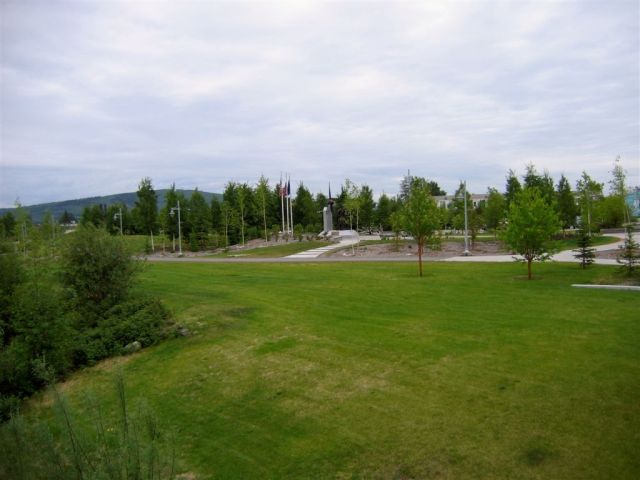 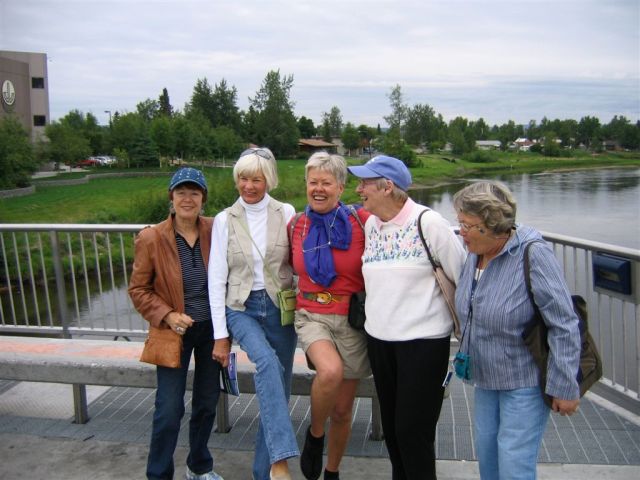 [And they hadn’t even gotten into the schnapps yet!  😉 ] 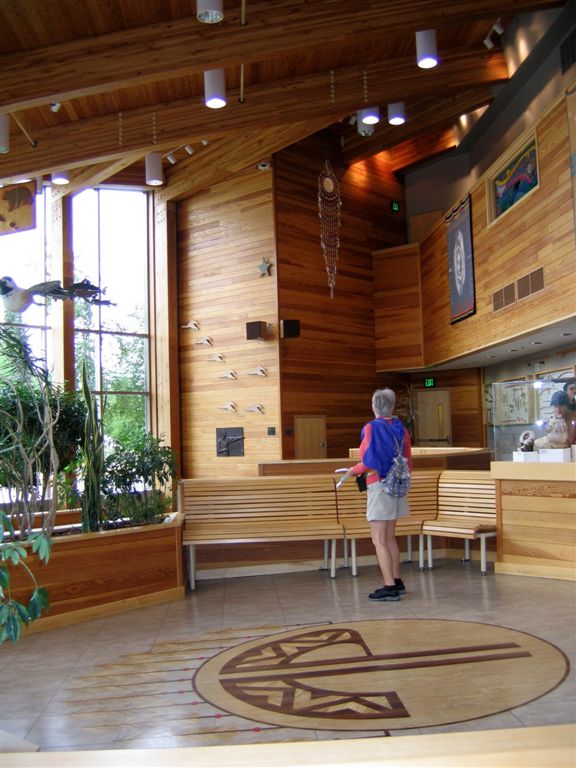 [The Biddies at a church whose import I have forgotten.] 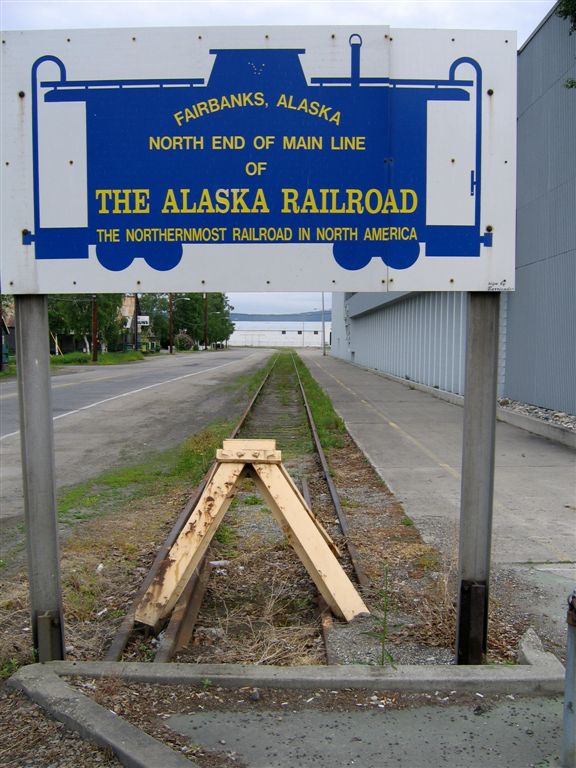 [Ray forever became Big Ray from this day.  Ray’s last name, incidentally, is Dillinger – and yes, he is related . . .]

[Where we were in the world.]

[Bill and Anne have now joined us – The Generally Hygienic Dozen.] 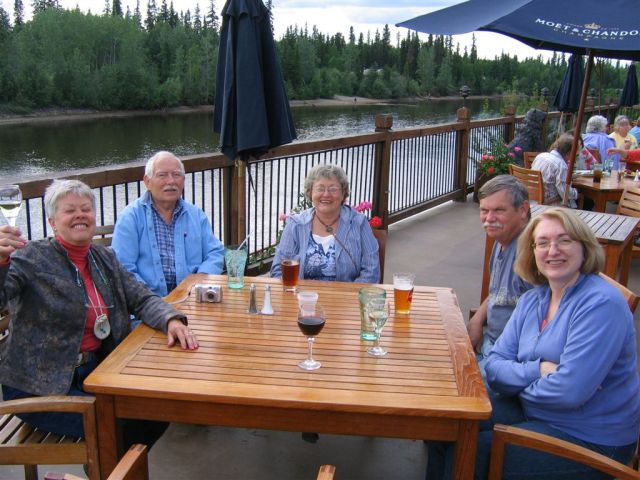 Thus endth the first posting on Alaska.  There will be several more, so make sure you get your rest.  This is dedicated to my diary, The Traveling Wilburys, and El, who told me at the gym this morning that he has guided four tours in Alaska.